So, a new dangermouse series is coming..... and the first new announcment I don't care for already. Jeapordy Mouse. Remember how they spun off count duckula into his own cool series? I get that vibe already with this character. It just seems un neccesary when most people probably don't even remember Danger Mouse at all. so why not re introduce him first? THEN worry about new characters.....

Well, just so long as it's an improvement over that inspector gadget reboot.... On the whole, I like what they TRIED to do. but the introduction of Talon made claw not only basically useless, but turned him even dumber than gadget. he's now nothing but a comic foil for talon. And as a love interest for penny, kind of throws Penny's character for a bit of a loop too. it wasn't needed. 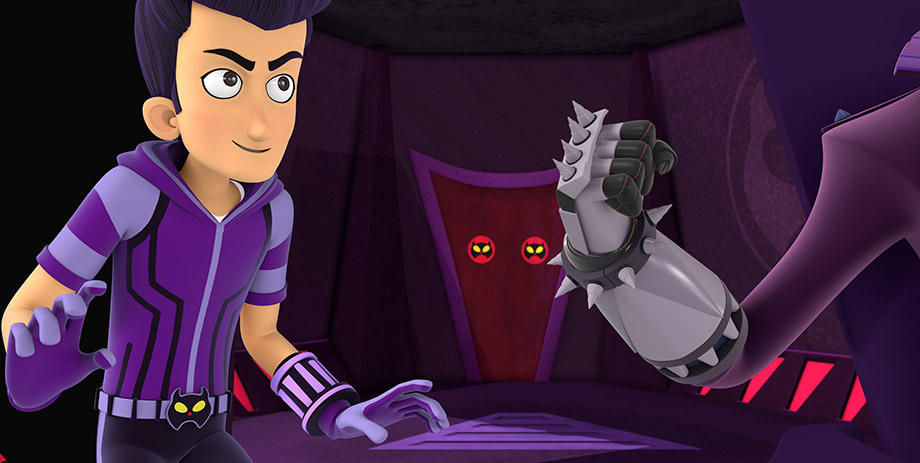 Has no one learned from the Poochie debacle? You do get the simpsons in england, right? ;o)

RPF PREMIUM MEMBER
Do you ever do anything other than p**s and moan?
K

If it worked right before, why update it so much that it changes the dynamic?

actually, with that image above, I thought people would think it was gadget from rescue rangers ;o)
K

Dangermouse sounds pretty close to sir david jason. Penfold isn't bad either.
I'm SO GLAD they kept the theme song. inspector gadget apparently didn't want to pony up the money for it, so they had to replace it.
The animation doesn't look that bad either....but then again, the original animation wasn't all that great to begin with.
Last edited by a moderator: Nov 8, 2018

Looks like it could be good, but you know what, to make it really good they should have made Danger Mouse and Penfold female, because, you know, gender bending makes everything automatically better.

RPF PREMIUM MEMBER
I loved that show and was so glad they put it in Netflix recently. Not sure I am excited about a new series though... Guess I will decide after I watch it :lol

Loved this as a kid, wasn't too sure when I heard it was coming back, but the trailer makes me optimistic - plus the Star Wars reference was brilliant.
K

dangermouse premiers this week. curious on reviews.I don't think those of us in the US will get it yet

hopeful for a good first episode...but seeing as how things are run by committee these days rather an creativity..there's no way it could be as zany and fun as the original.
K

anyone have thoughts?
K

first, I will say I liked it ten times better than the inspector gadget reboot so far. they kept it very close to the spirit of the original.

Things I didn't like
- seems no humans in this world. the car was human sized.
- Dangermouse seems to suffer a tad from 'dumb character for comedy' moments...not too glaring, but it's there..
- so long as they don't go OVERBOARD on new characters, I can deal with ones like the queen and proffesor. Jeapordy Mouse, not so much.
- I can get used to the voice of colonol K. He kind of sounds like Michael CAine a little..But I'm so used to the heavily accented original that it'll be a tough change.
The Voice for Greenback however, has got to go. it's the same guy and he seems overtaxed for two characters. the original greenback was cool and creepy and had a mob like quality to him. this guy sounds german almost...

and lastly... you could clearly tell the cast of the old show was british. here, the accents are disguised a little more and it takes away from the charm a little.
as an American, I not only appreciated the accents (even understood the dialect!) but now I miss them. I hope they creep back in later in the series.
Even Craig Fergusons scottish accent came and went once ina while;o)

All in all, I couldn't get passed episode 3 of inspector gadget. I HATED how they dumbed down all the characters. and the shorter cases where annoying. this series seems like it'll work far better. hoping it stays good!