So I've finally moved past the planning stage for this project and as such, I figured I'd start a build thread on here. I'm doing more regular updates on my instagram but I love posting here too, the community is great.
Anyway, first things first, meet Del! 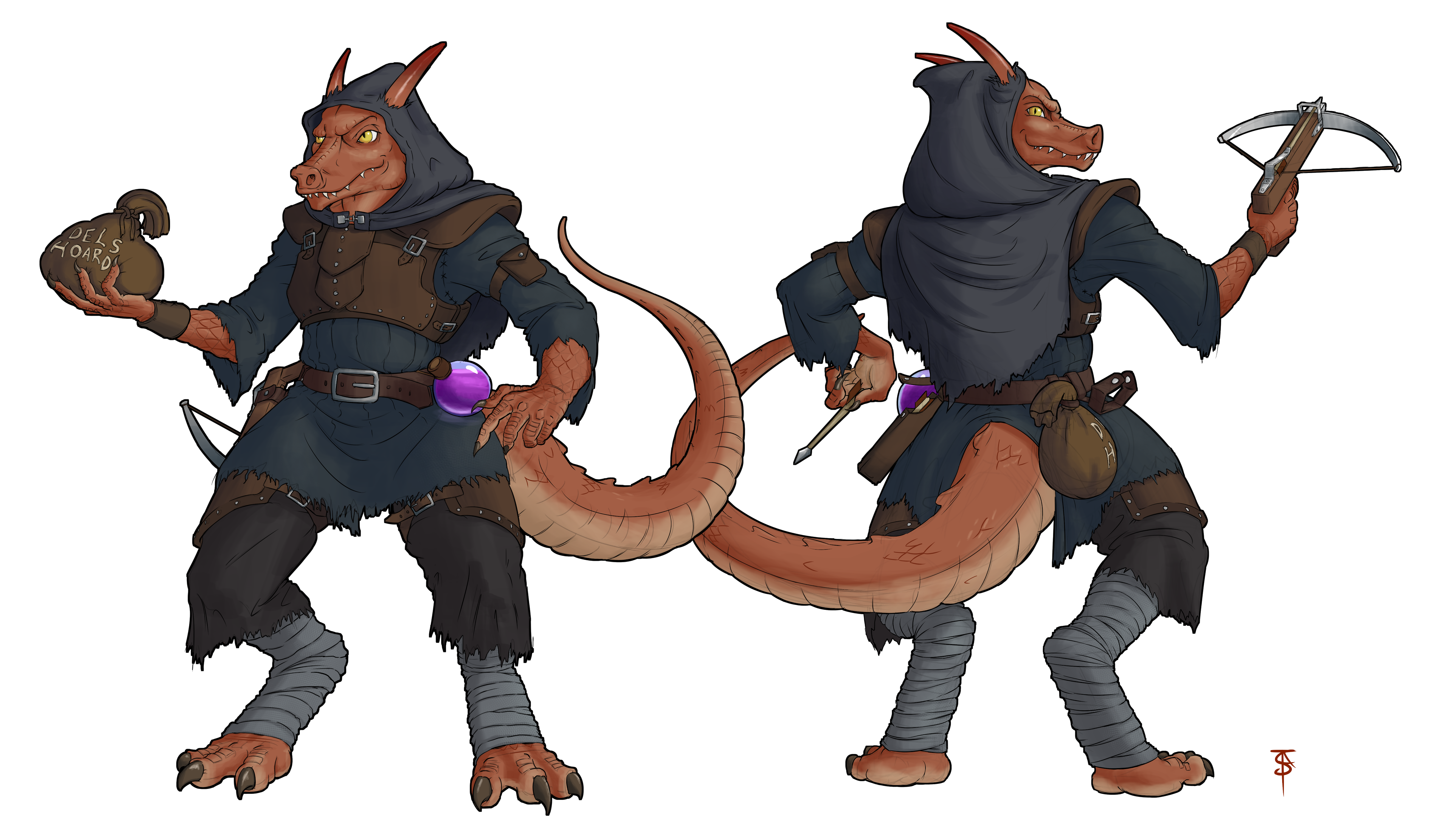 This cheeky boy is my character in my current 5e campaign, and the art was done by @thistledownfluff on Instagram. I've been wanting to do a creature build for a while and this was the perfect opportunity! I've got a lot of plans for various bits but I'll talk about those when I actually get to doing them, rather than rambling a bunch now.
----=====----
The first part of my planning involved doing a sketch of all the various bits overlaid onto my body. 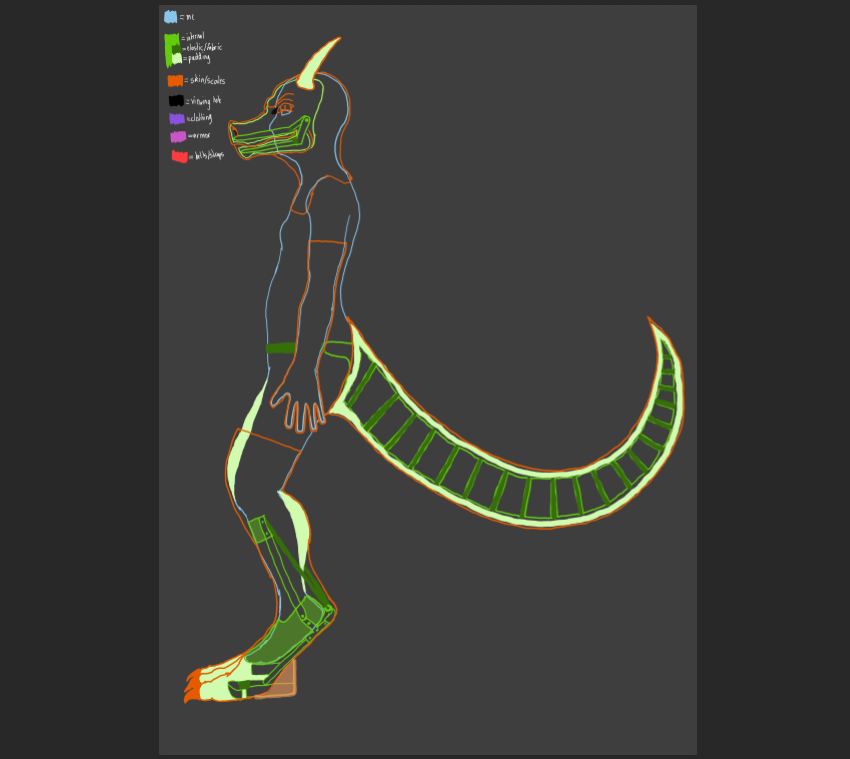 This gave me a good idea of where the various mechanisms and muscle suit parts would sit, as well as the scale for everything. I'm doing the legs and head slightly bigger than would be proportional for a humanoid of my size to give the illusion of being a smaller kobold rather than a regular size human haha.

I then got started on all my patterning and mockups.
I used a 3D model of the head that thistledownfluff made, and used Fusion 360 to make it low poly before making it in Pepakura and working out the hinge and elastic setup with card to allow the jaw to move. It sits snugly and comfortably on my head. 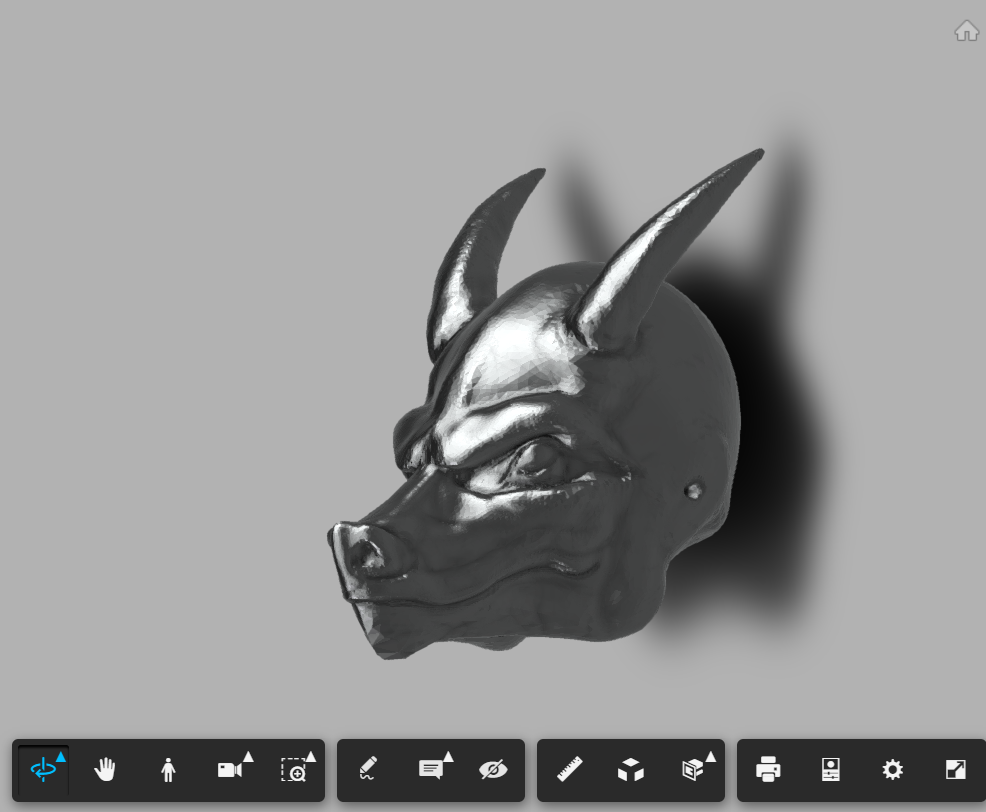 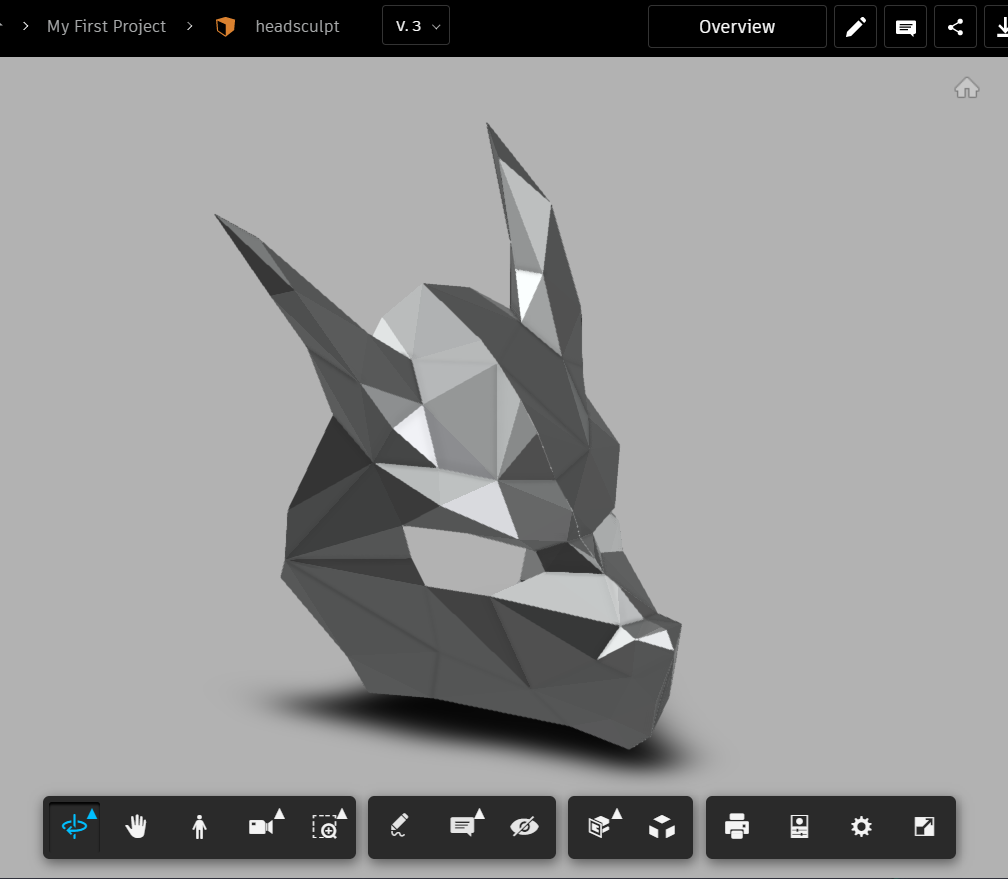 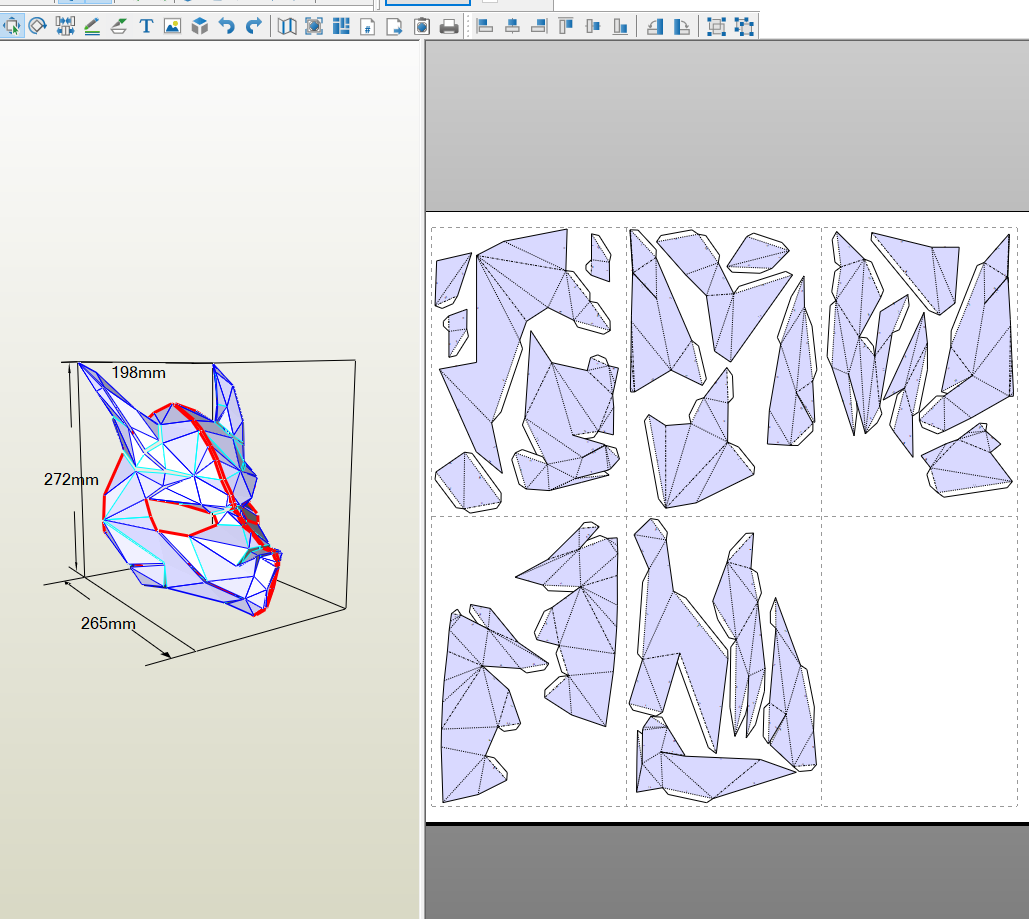 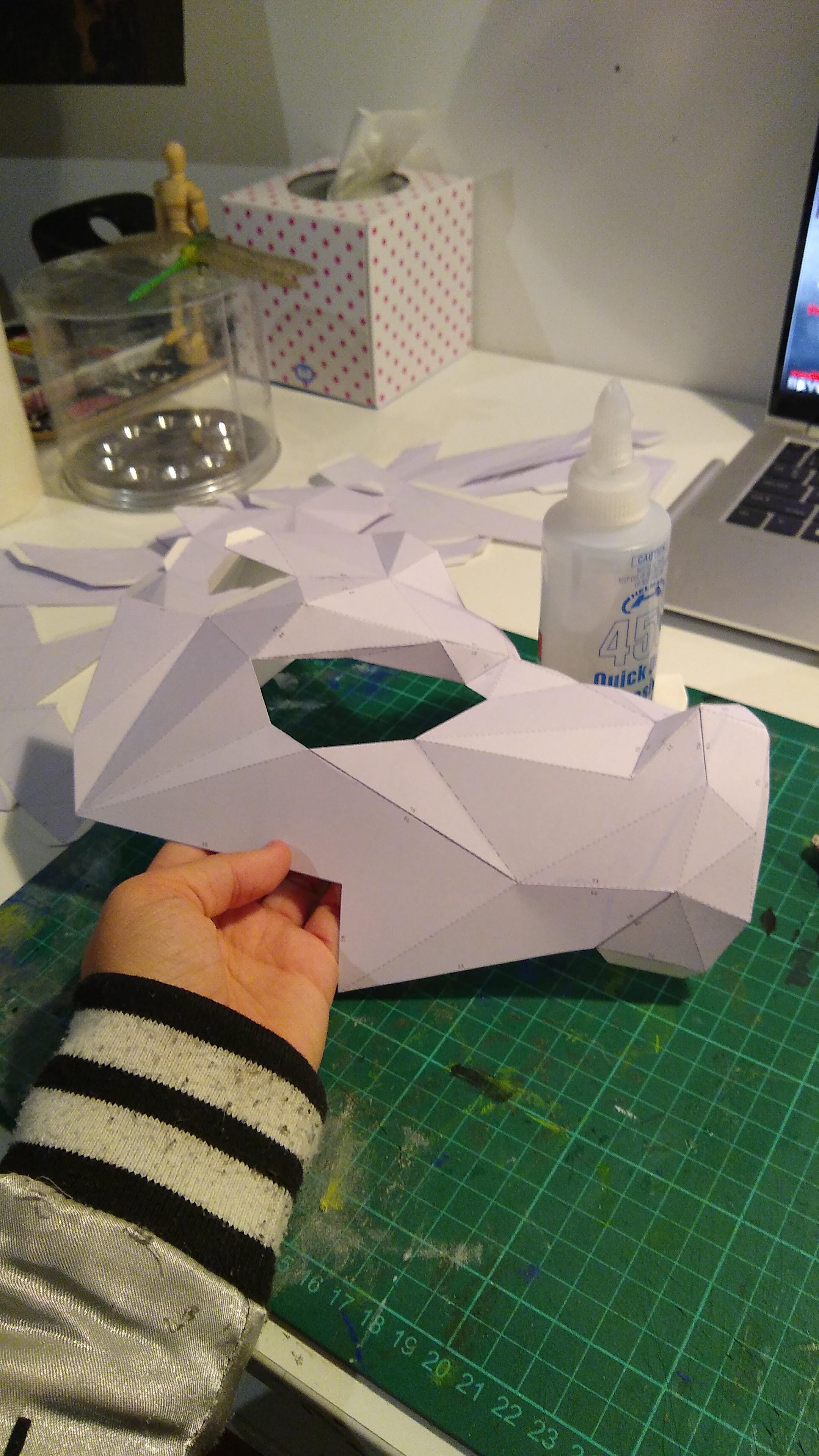 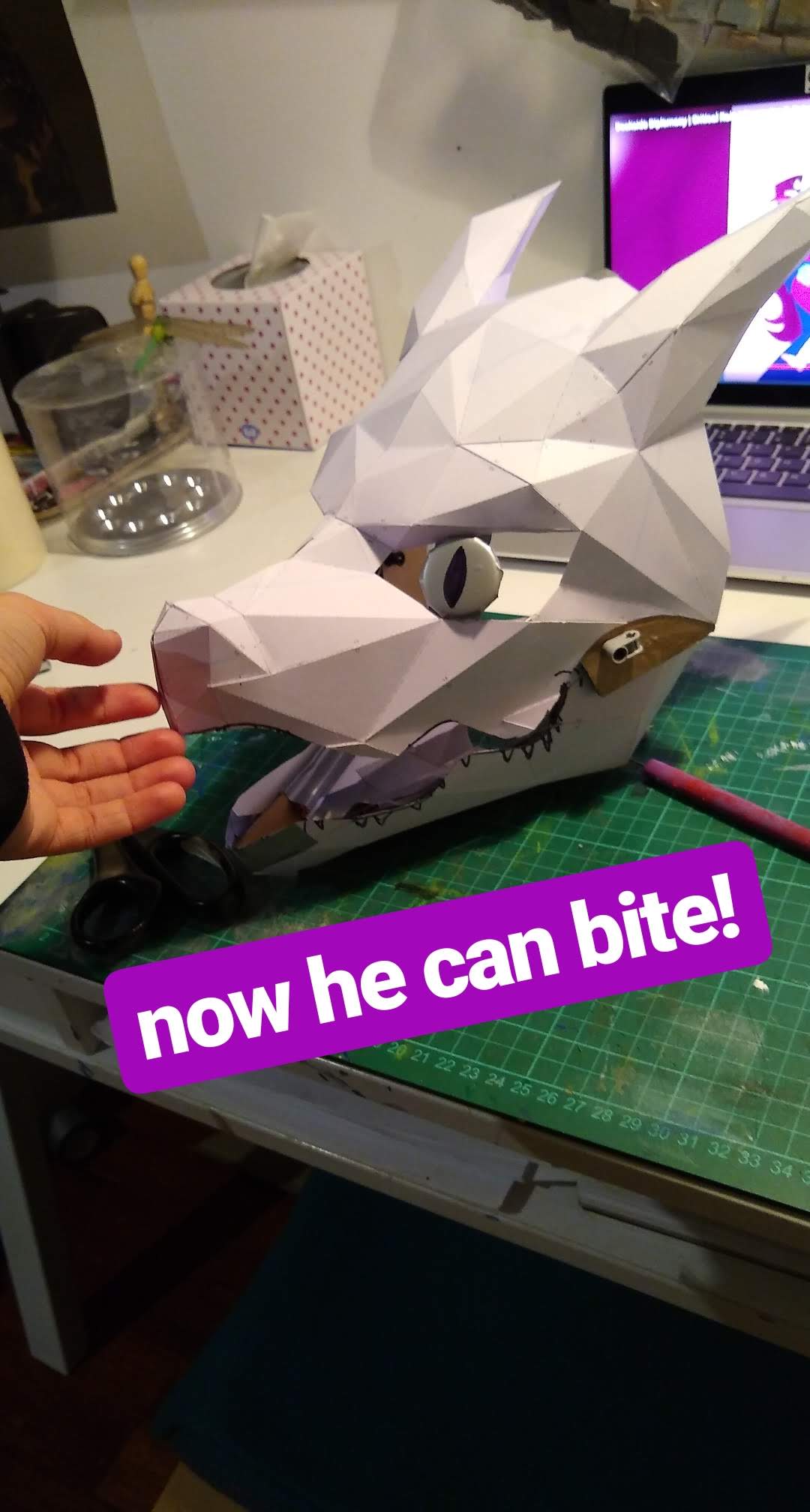 I also bought all my fabrics, leathers, faux leathers, and fleece for the skin. I'm going to be doing a similar thing that SKS props did for his orc, fleece covered in 407 mask latex, but I'm going to be adding the extra step of laser cut EVA foam scales, which I will be cutting later today, stay tuned. I've cut a couple as a test but by the end of today I'll hopefully have about 1600 scales. 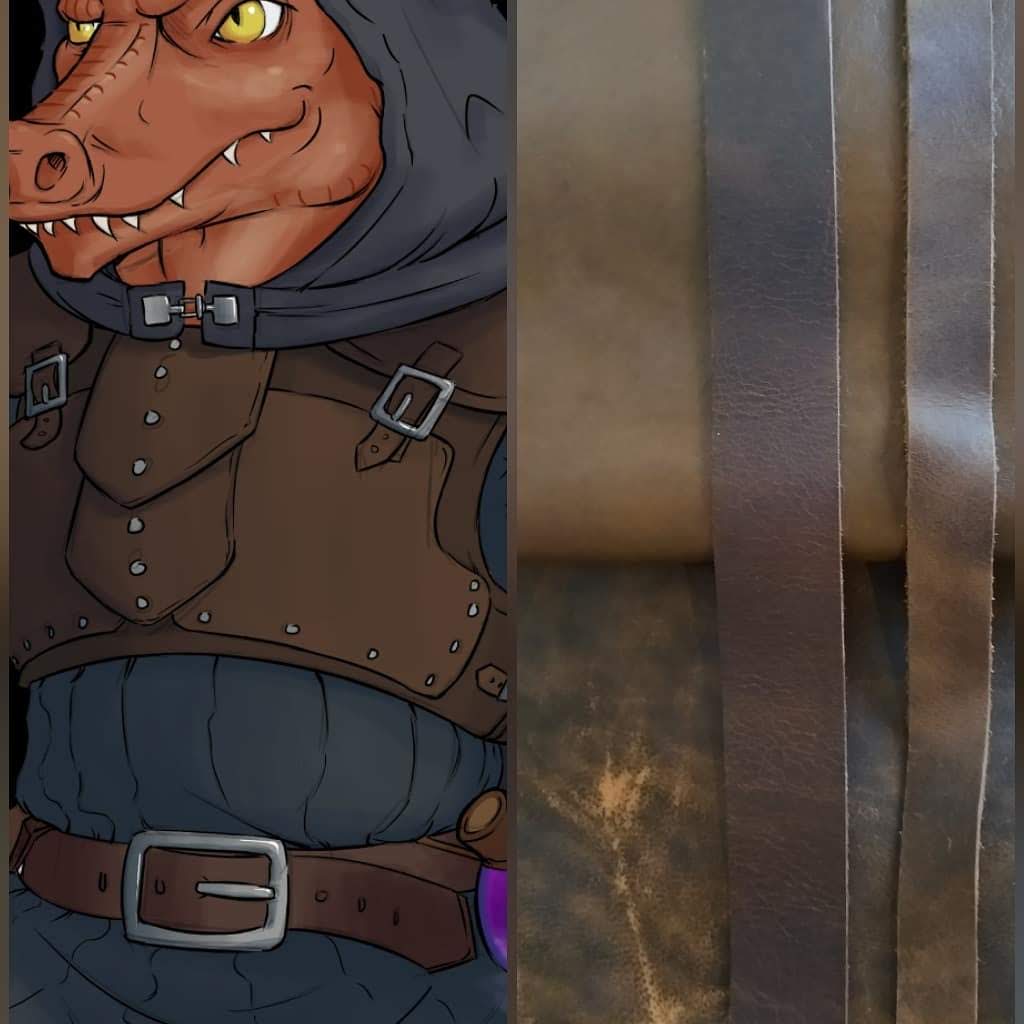 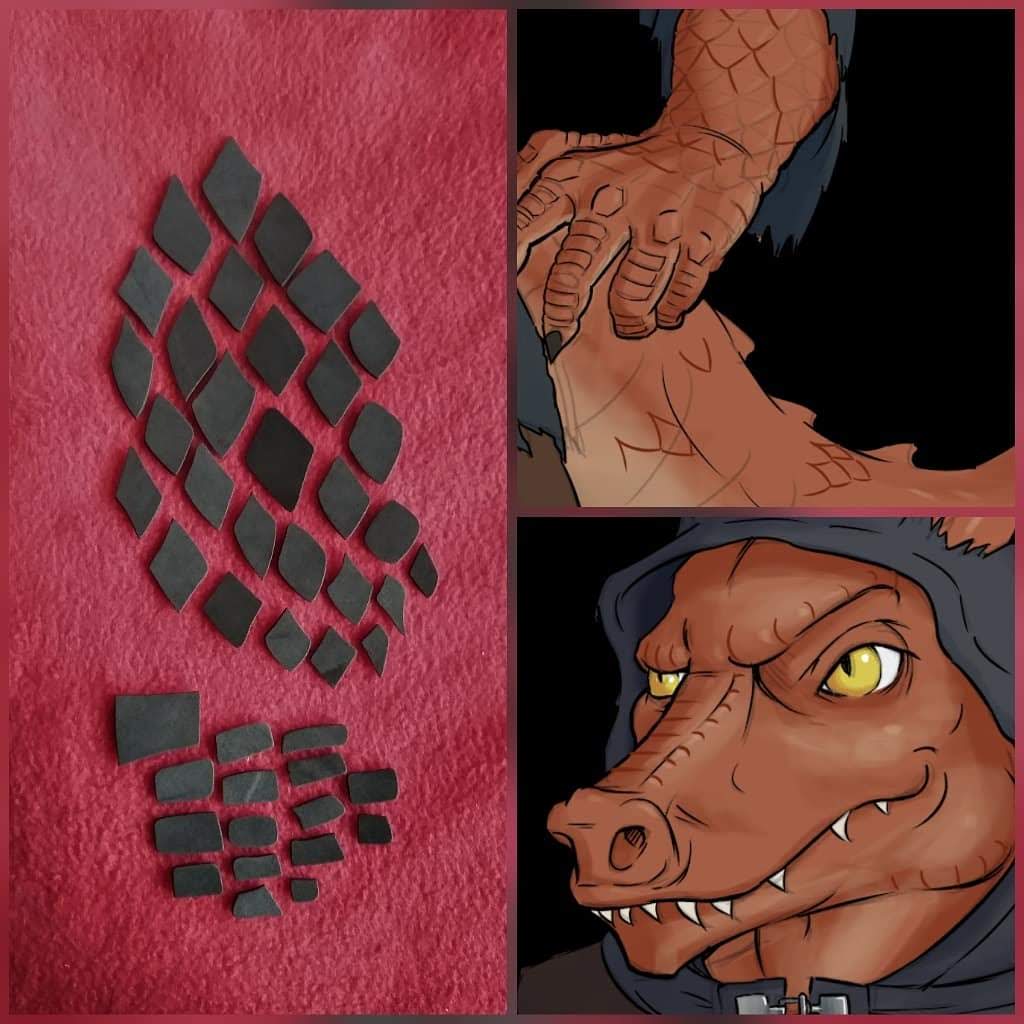 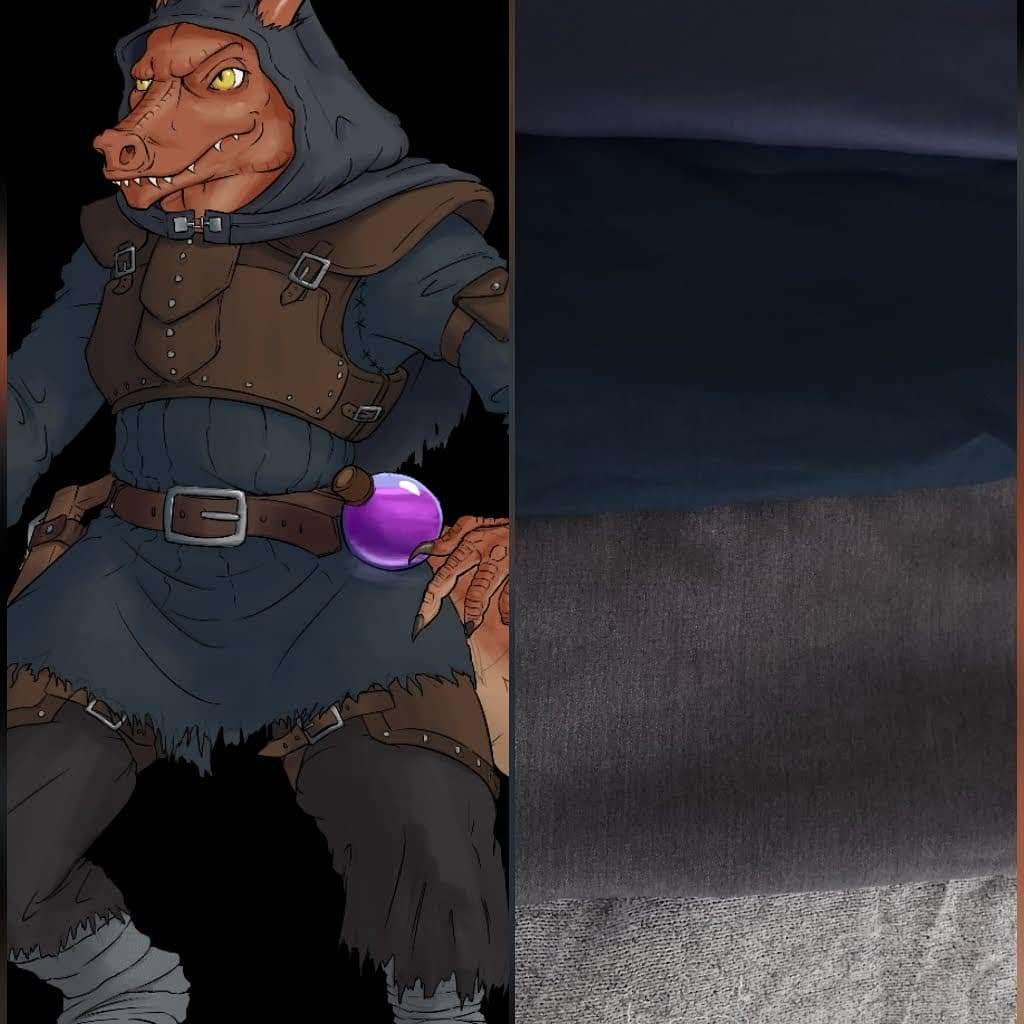 I also figured out the tail with cardboard and duct tape but I don't have any pics of it right now.