I'm new here but been lurking for a while in the shadows.

I'm really enjoying the custom saber build thread (I'm only about 38 pages into it) but it got me thinking about the "junk" I have at my disposal.

I work at a facility that overhauls military jet engines for Pratt & Whitney. We use Plasma guns and HVOF guns. Today I grabbed some spent plasma gun parts and tried a few cuts on the lathe. See the photos- they are pretty boring on the outside, but they have cooling "fins" on the inside, and the inner cone (where the initial arc strikes) has some interesting wear from a cooling water leak. The electrode is also worn (the small bullet looking thing) and has a tungsten tip which is boiled at the center. Common wear, but it looks sort of cool out of context.

I found a couple other bits in a short search. The copper pipe hanger part with the electrode inside looks like a cool emitter. Maybe.

Last photo is a flexible conduit end cap with the copper ring I parted off the nozzle on it (and the electrode inside). That may have some potential too. Who knows.

Anyway, let's see where this ends up... 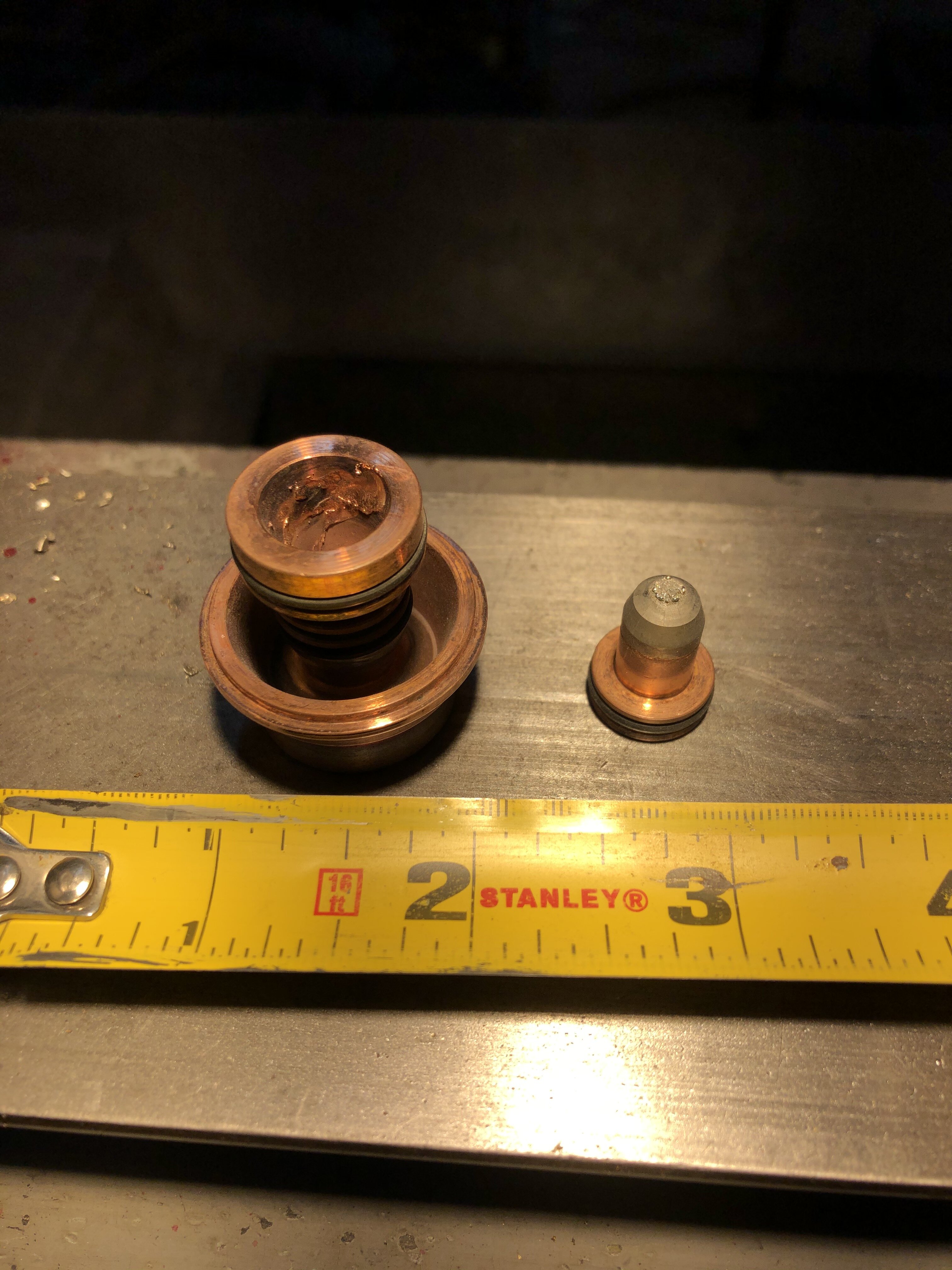 Slightly off topic, so maybe I'll post elsewhere as well, but I found this today at Home Depot.

I think it might be a good top for a com link...

Great screenname! Half the time I'm at Home Depot my brain is subconsciously looking for things that might be custom lightsaber components!

Cool looking bits.
Looking forward to seeing what you come up with for your saber.

I had to clear those junk parts off the lathe because I have to make some cooling water connection pipes. They are originally Delrin and they turn to chalk and leak (after 33 years). They connect massive brass blocks (max amperage is around 1100) and the water scale, age and general corrosion are a mess to clean up. Plus a flat head screw, which holds one brass piece to the phenolic build board, would NOT come out. I had to drill the head, leaving a stub, which promptly broke off when I got the vice grips on it...

Drilled that out the rest of the way, chased the threads and that's going to be fine.

Derailed my own thread... I'll get something going with the saber. And I was looking for different build bits but I only bought the faucet/comlink bit today. I can probably find some pipe etc. around the shop to use. Plus there's plenty of steel, delrin and aluminum drops.

This is the inside of the control module (as it's called)- the main electrical box to control the system. It had all sorts of messed up, hacked butchered general really bad decisions over the years I'm correcting. Just a replacement for that 200 ohm control pot and a few lenses to tend to. I don't have any pictures of the heavy brass on my phone to share. Maybe Monday. 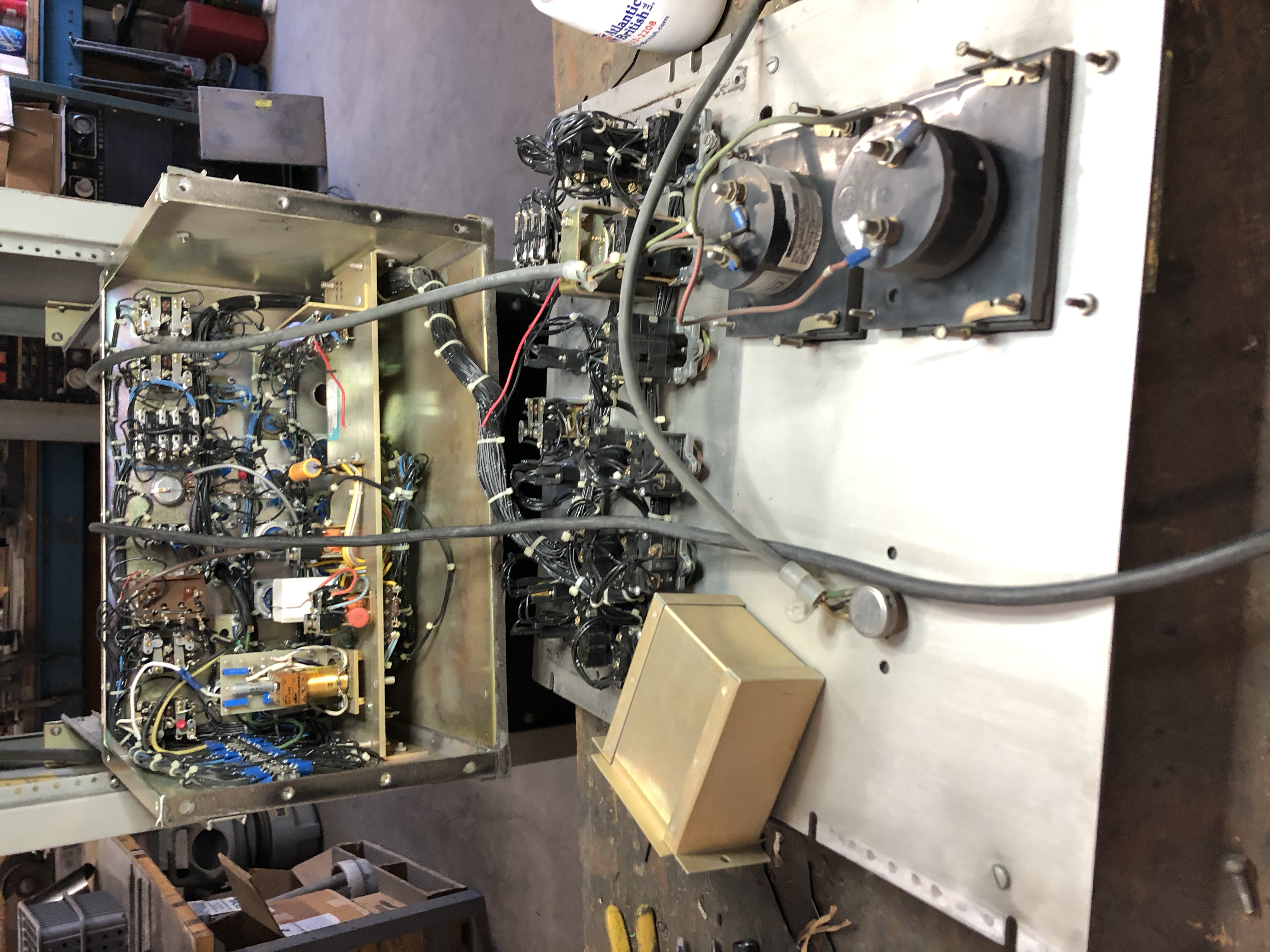 Here's one of the pipes (the shorter one) nearly complete.

Once this console is back in service, there's another to be done right behind it.... I had to order another piece of Delrin. But, this time I was smarter- I ordered a 1 x 1/2 tube, so I can make them faster!

RPF PREMIUM MEMBER
I’m always a supportive fan of these builds, excited to see where it goes

Thanks! Hopefully I can actually get back to it soon!