Hey everyone. I've been lurking around the board for a while now, drooling on my keyboard over all the awesome figures, costumes and various Predator bits on this forum.

Here are a few pics of my custom Classic Predator, hacked together using:

It was a leap of faith when I chopped up the NECA Predator: I was constantly worrying whether it would work or not, and whether I had just wasted a beautiful Predator fig. I used green stuff (official name) from Games Workshop to fill out Blackheart's too-thin waist and belly to more closely resemble the NECA's flab. I also used 1cm lengths of brass rod to reinforce the joins between the Blackheart and NECA limbs and glued them using araldite. I hand painted the entire figure and improvised the glossy finish using PVA glue. I used sections from a fabric mesh women's glove to wrap around the body, sewing it tight. I used the four fingers of the glove for the Pred's limbs, then added the equipment and armour (painted separately) on top of that.
The Wolf's belt nicely covers up the crotch which isn't netted. Also, during construction the original Classic's wrist blade broke so I used the Wolf's wrist blade as a replacement.

Credit goes to encline_designs's Predator (http://www.thehunterslair.com/index.php?showtopic=19249) for the inspiration behind the paint scheme, and to the figure bashers on figurerealm.com for the idea to use Blackheart.

I know it's not entirely accurate, especially the thigh guards which are in fact backwards. Let this be a lesson to you all! Look at your reference pictures carefully before you squeeze the glue out of the tube!

View from the front 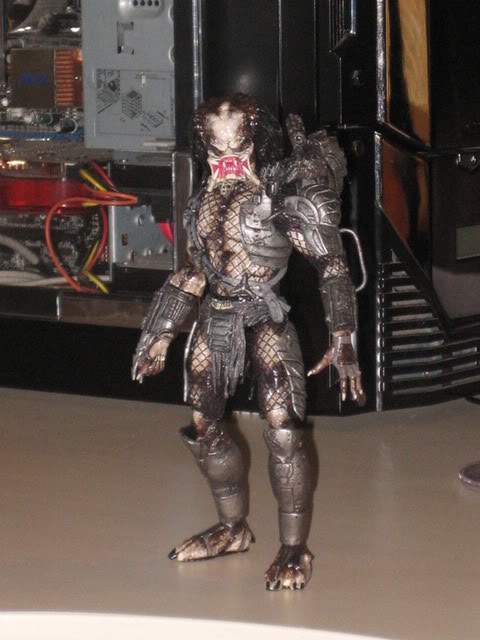 Around the back and sides 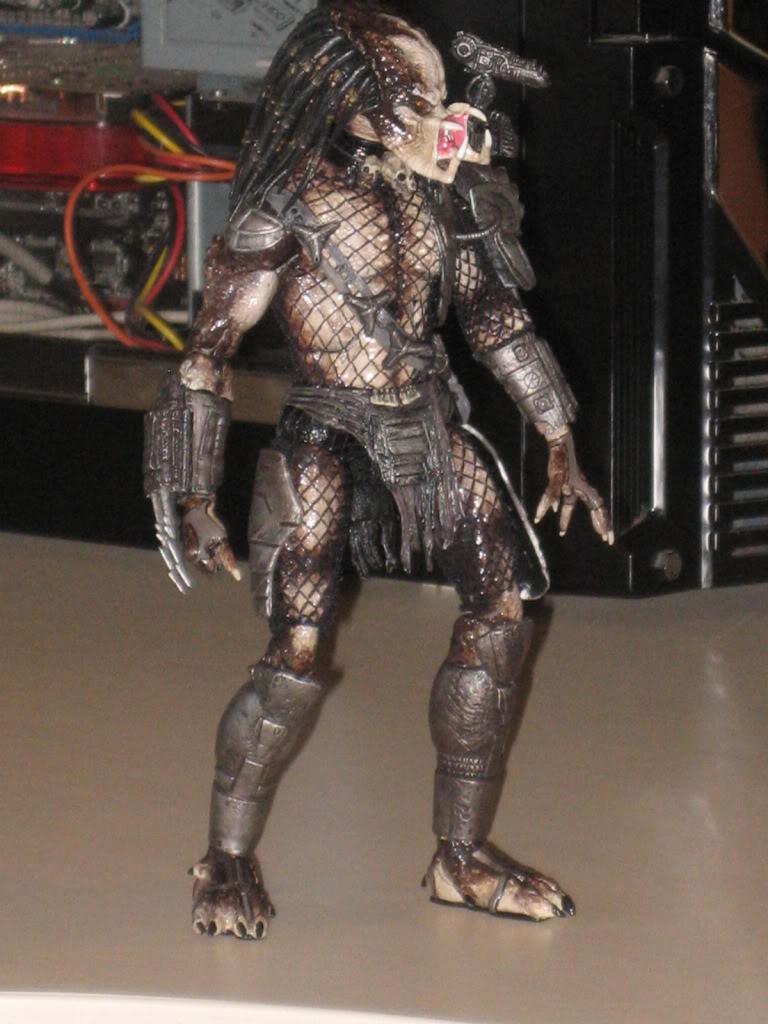 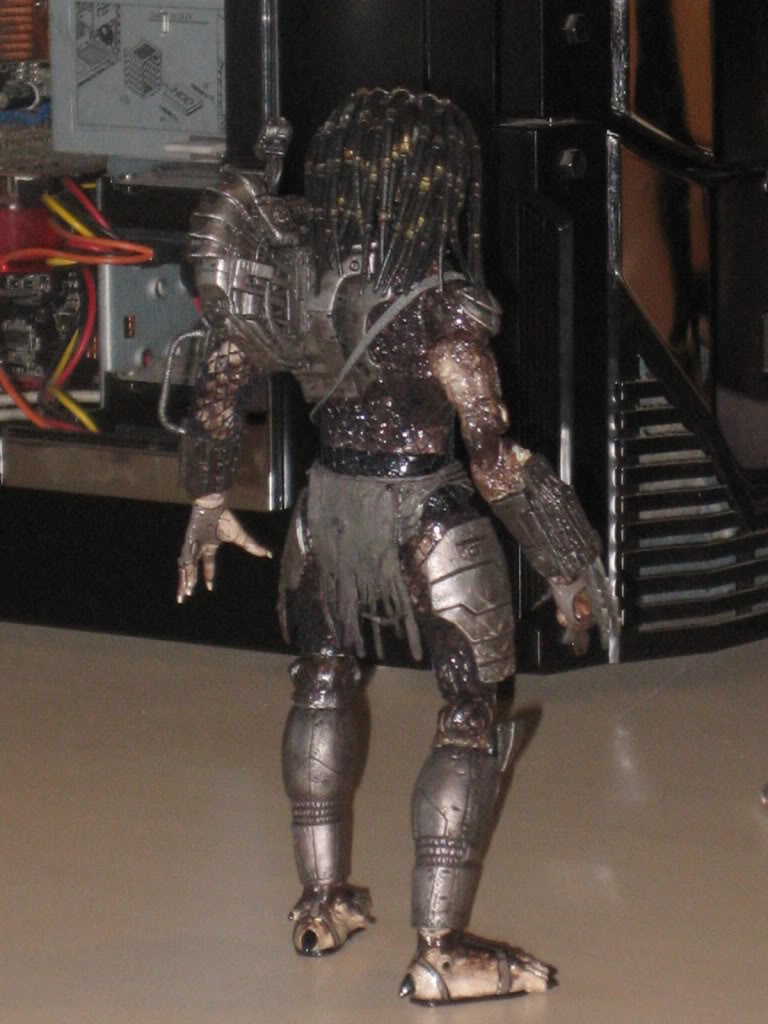 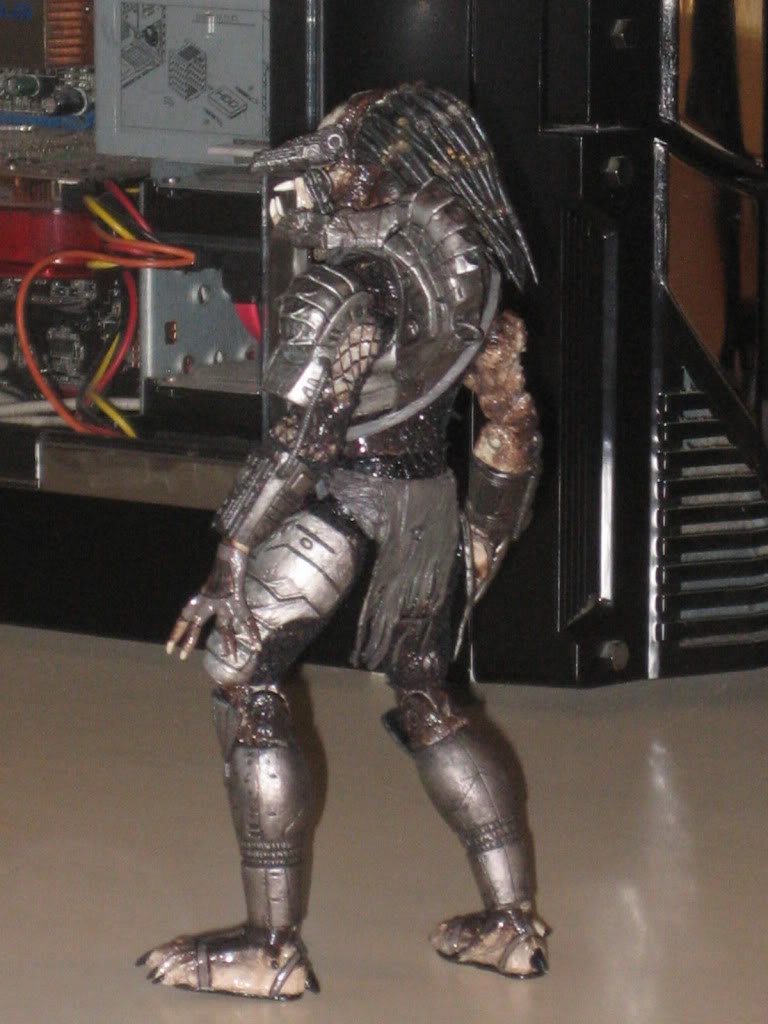 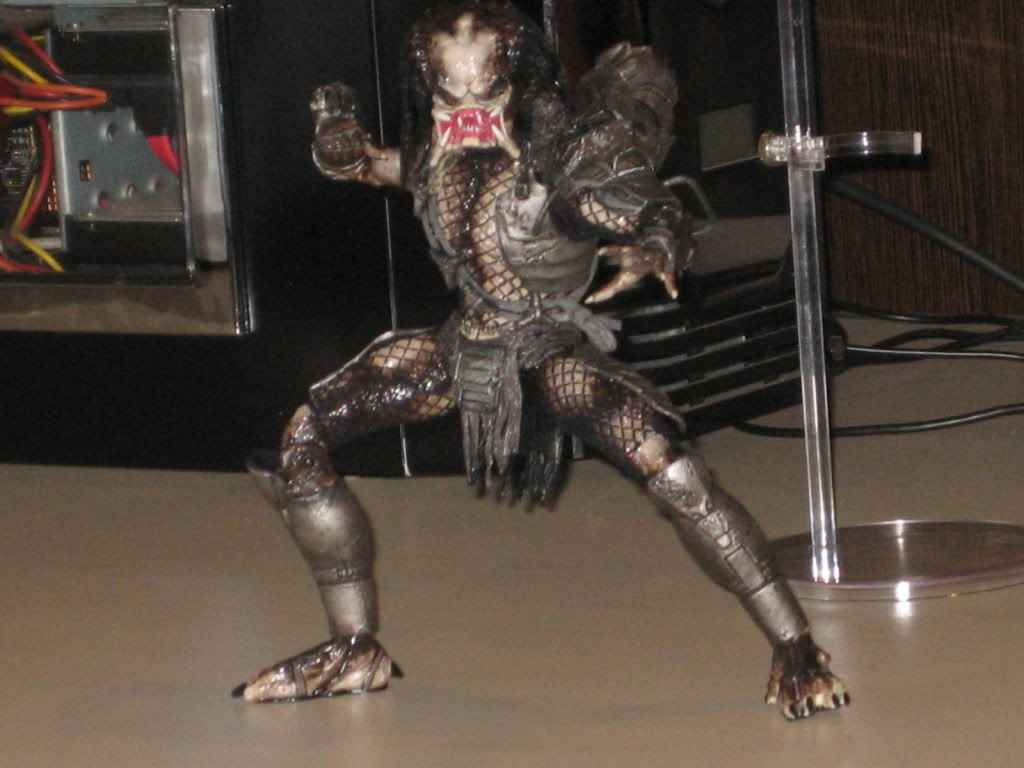 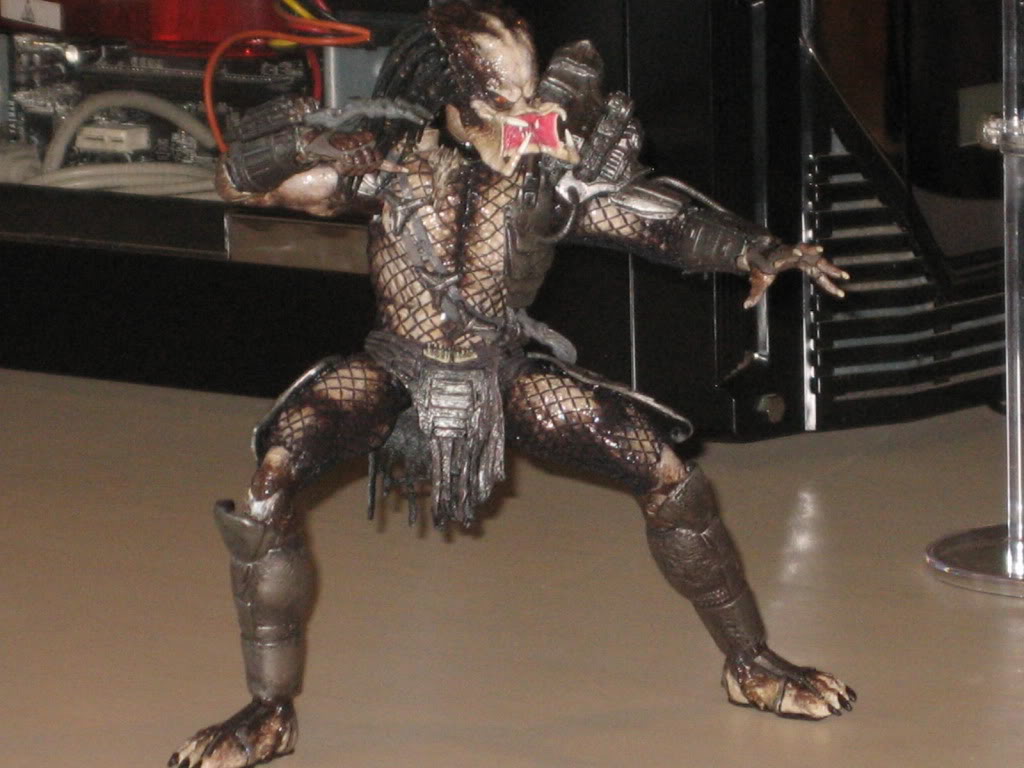 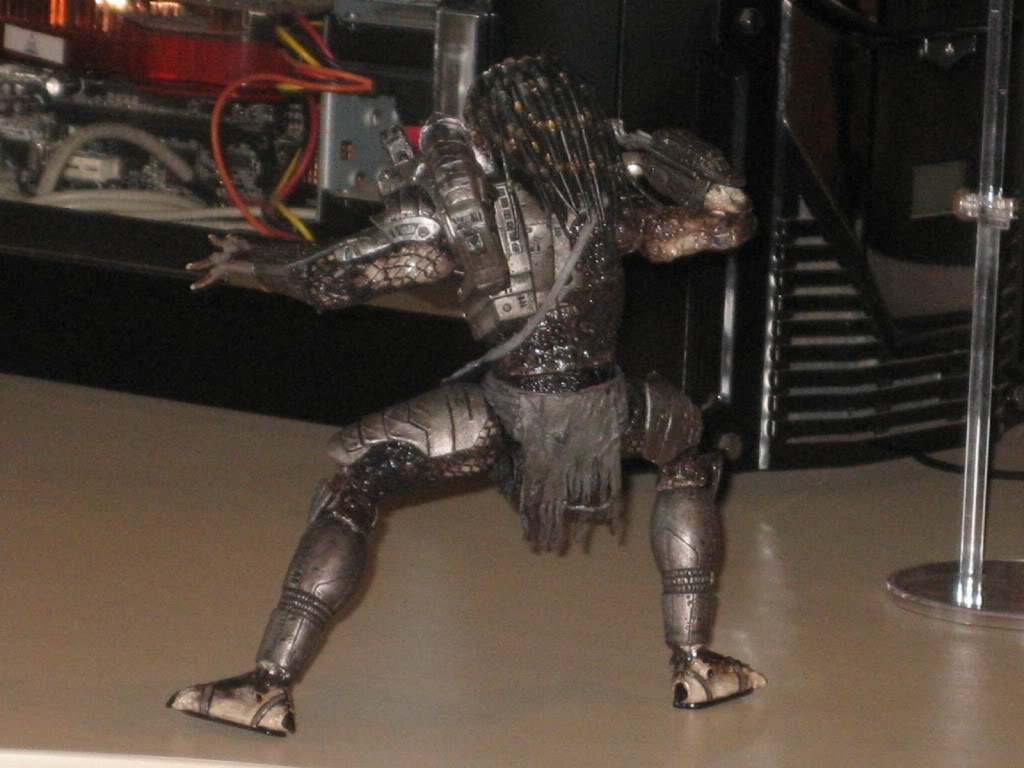 His beautiful face up close 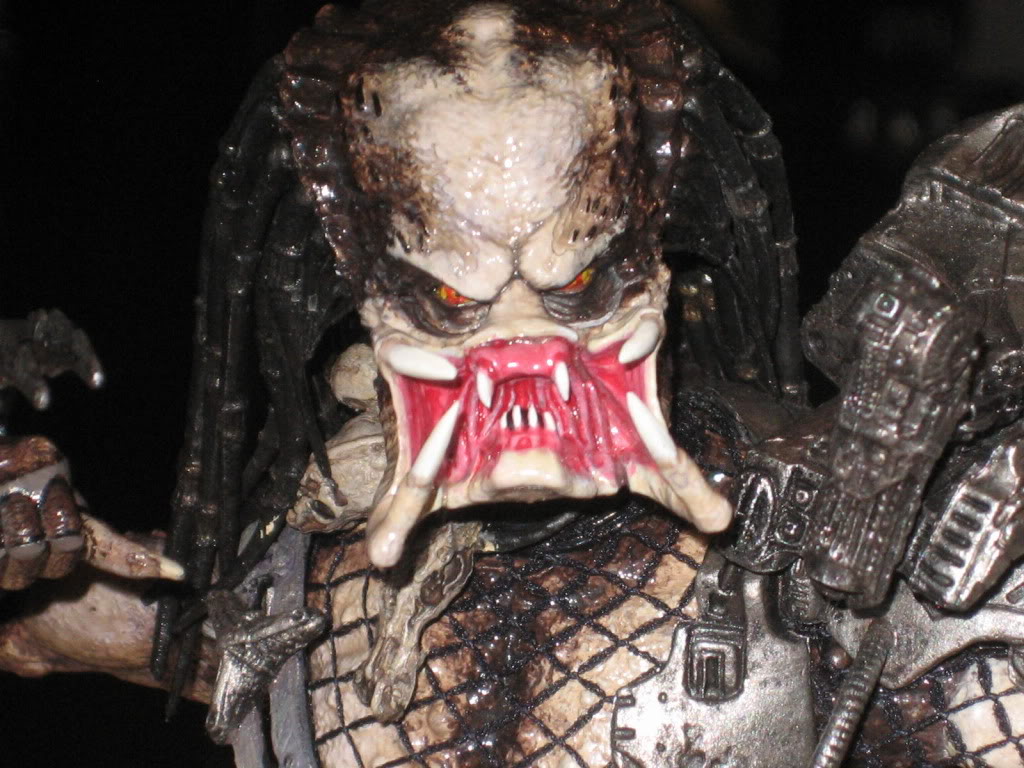 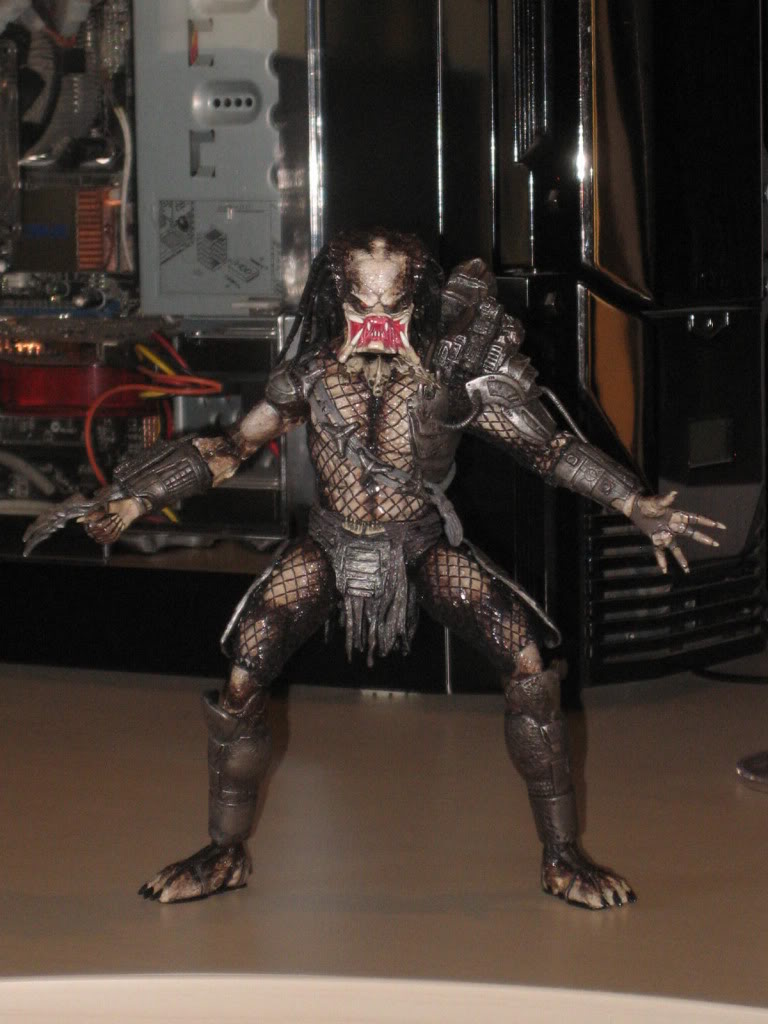 It's awesome what you did with this! It's a lot better than the original neca P1. Since I don't know if neca is releasing a P2, I would love to see this done to a Mcfarlane P2 (its original body sucked)

one of the best customs i've ever seen, if not the best.

frikking ingenious paintup, i'd never say you've taken a marvel body if i didn't know. the glove for the body net works pefectly.

Oh snap, that's really well put together. I thought that was the stock body you used until I skimmed the write up, most excellent.

one of the best custom neca P1 for me! if only neca can do that paint job!

YautjaHunter`) said:
one of the best custom neca P1 for me! if only neca can do that paint job!
Click to expand...

Thanks guys for your kind comments. I'm really proud of it and pleased at how it turned out.

Hopefully NECA will release P2 and a bunch of those Lost Predators... I'd love to have an entire clan of super-posable preds in my display cabinet!

deepincision said:
Thanks guys for your kind comments. I'm really proud of it and pleased at how it turned out.

Hopefully NECA will release P2 and a bunch of those Lost Predators... I'd love to have an entire clan of super-posable preds in my display cabinet!
Click to expand...

This is Nice work Neca got good sculpt but articulations is always limited. It seems you have solve that issue. Good Job