Alright... here we go. I figured I'd make 'THE' Bad Blood... the one that started it all... the one from Dark Horse Comics. I wanted to make him for the longest time, and finally sat down and decided to do him. I knew that the Enforcer Predator I made had to have a counter part to go with, and here he is.

Wrote up a short Bio too :

On the run from the enforcer predators, the Bad Blood takes refuge in the New Jersey Pine Barren fores...t. He immediately goes on a killing spree, eliminating a group of judges and lawyers that were involved in a harmless paintball game. He has no remorse for the killings of his own kind, even wearing one of their skulls on his shoulder as armor.

After finding bodies strewn all over the woods, John Pulnick (a paintball organization owner and former FBI agent) goes in the woods after the Predator. Little does he know this will be his last venture into the woods... 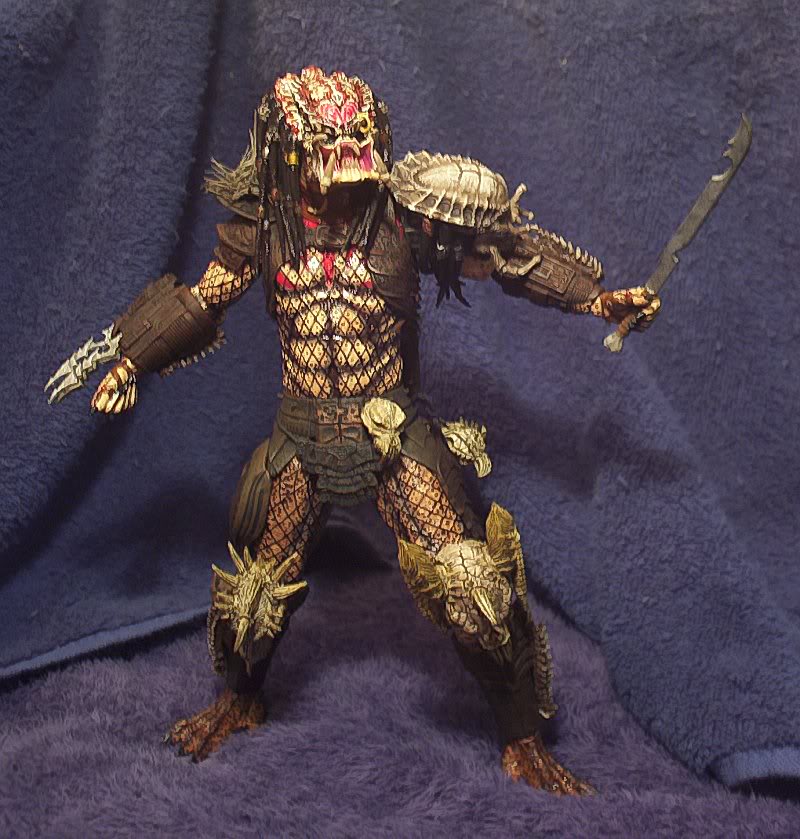 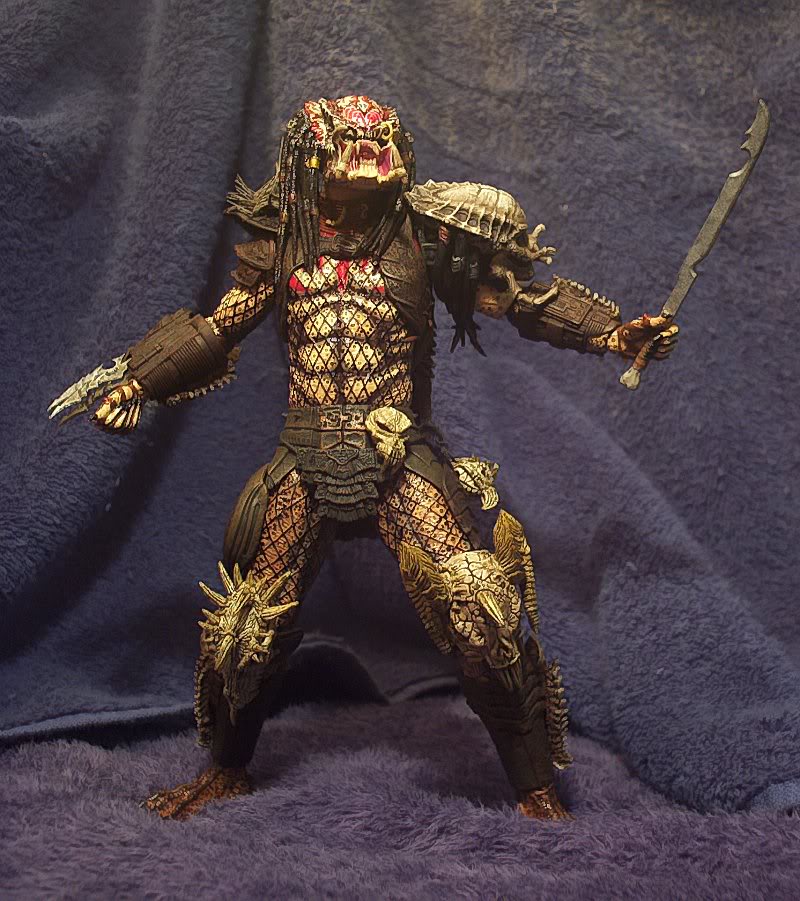 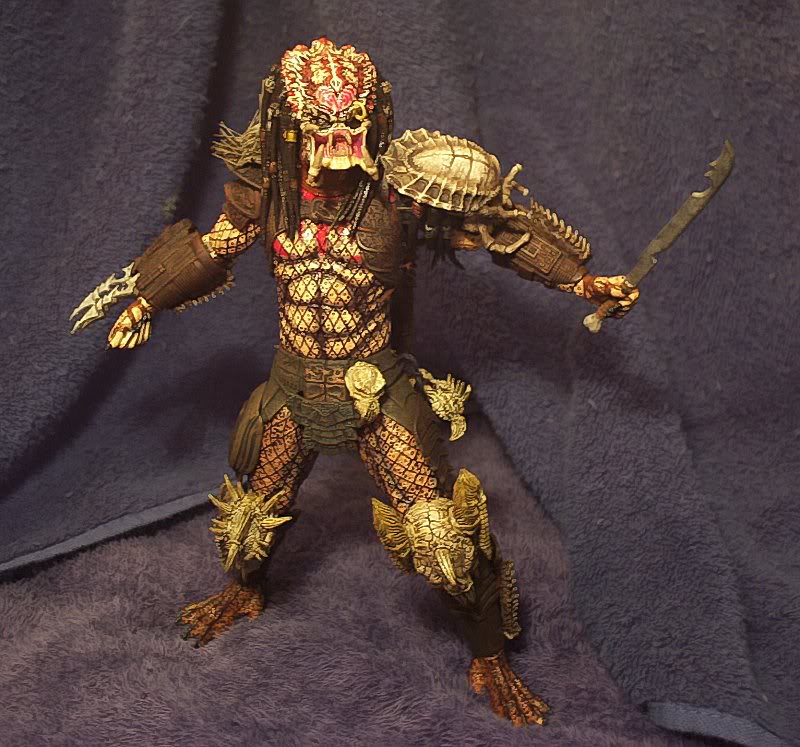 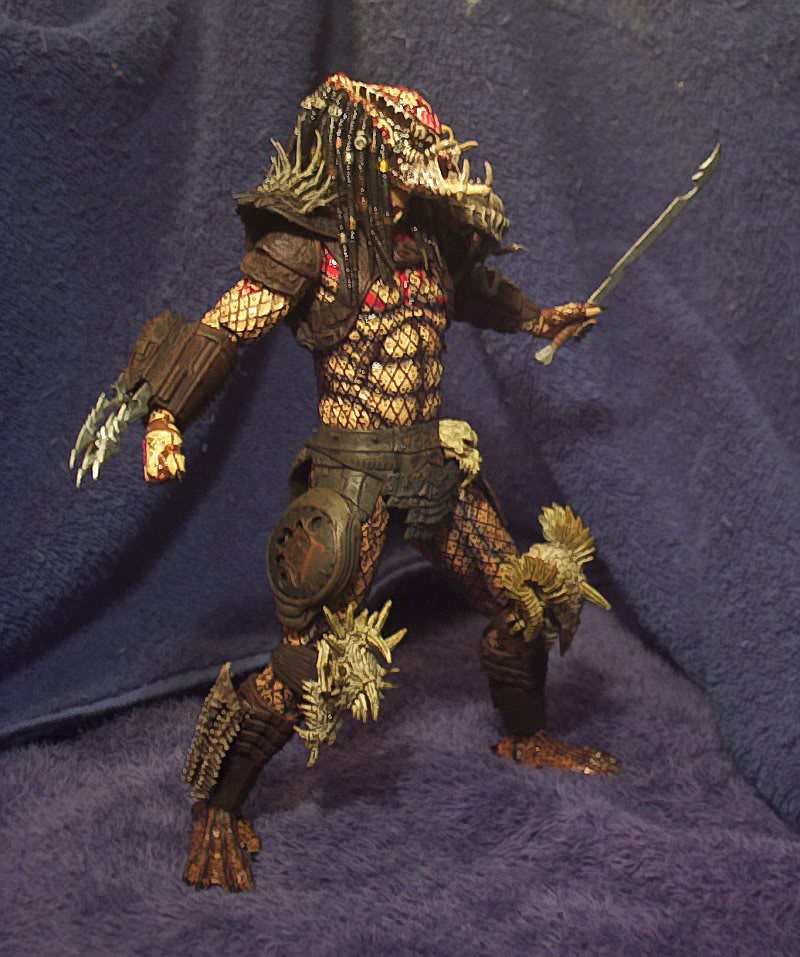 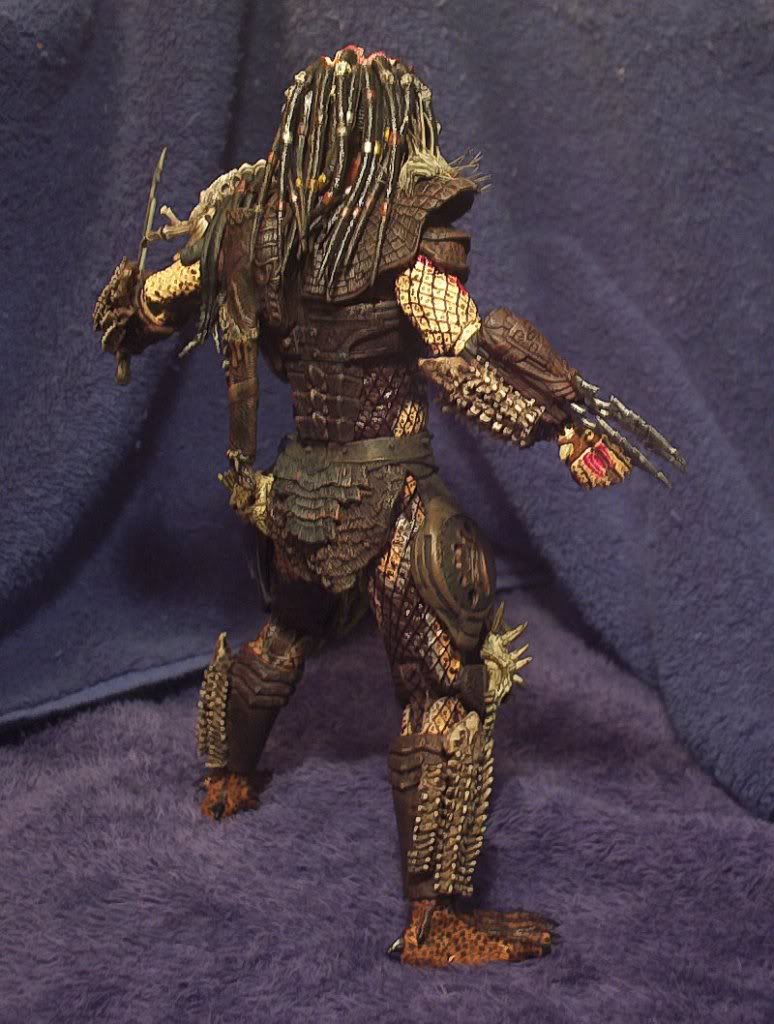 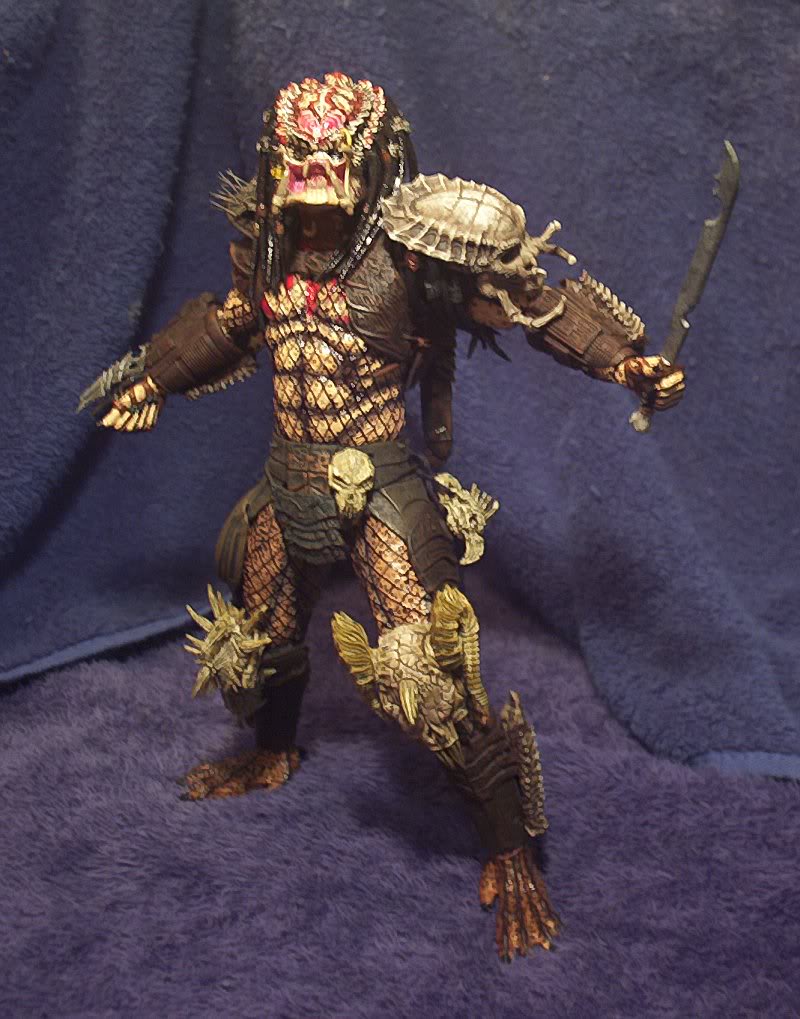 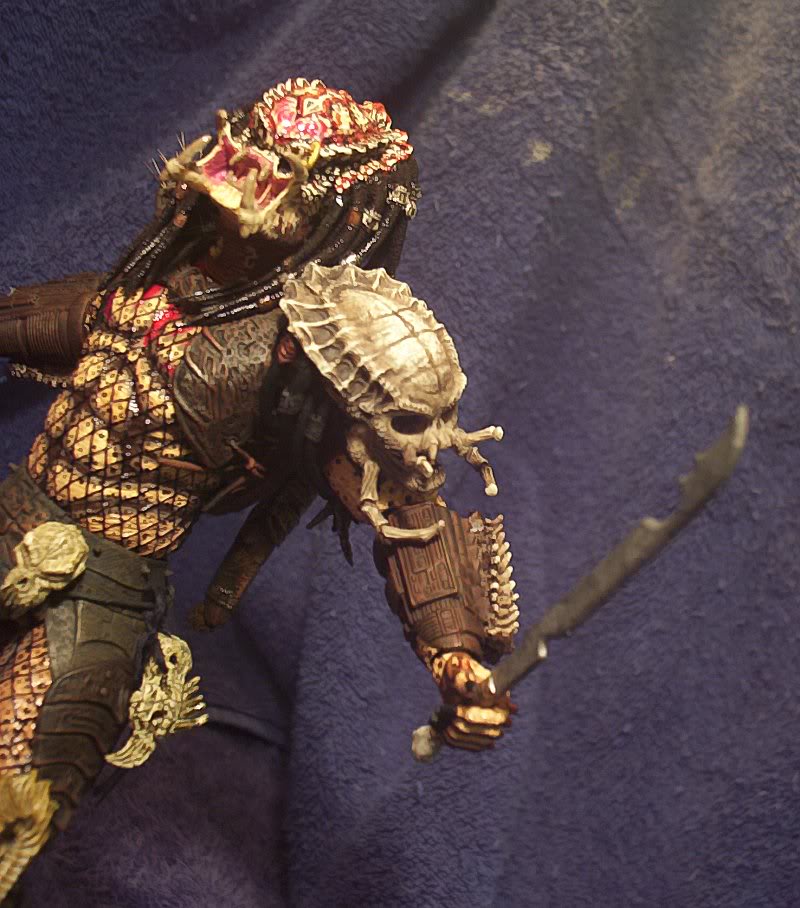 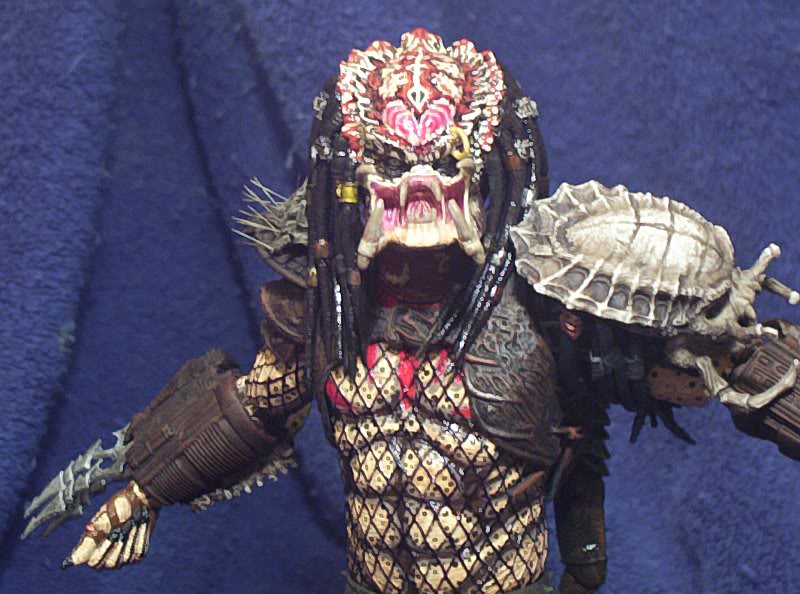 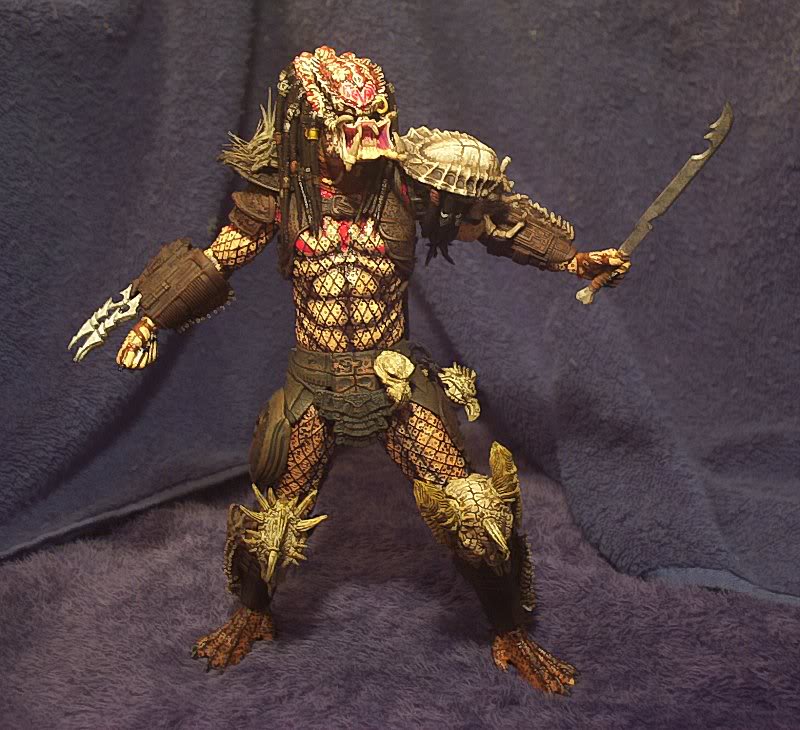 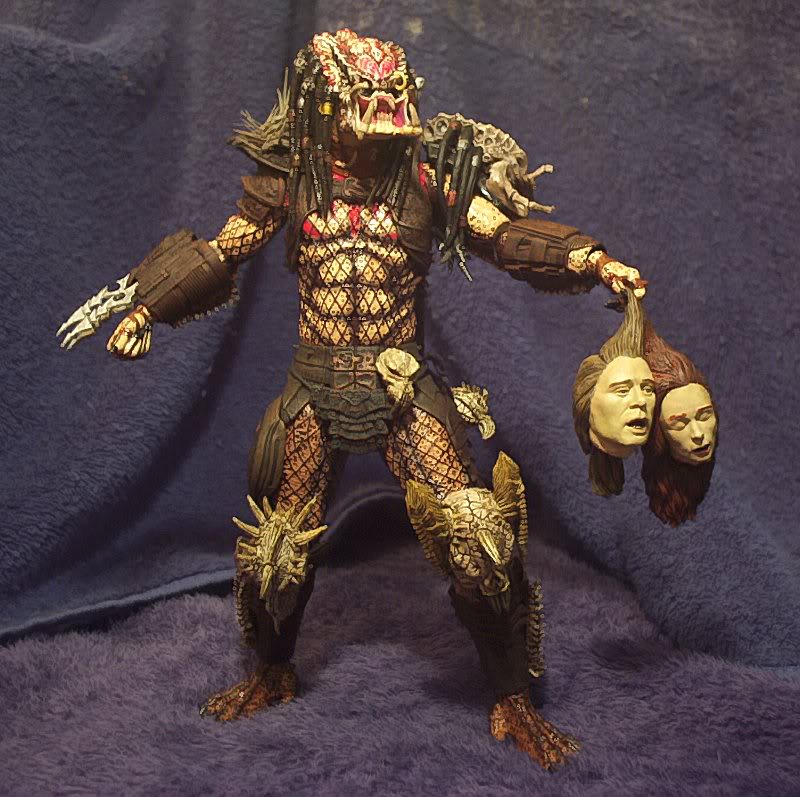 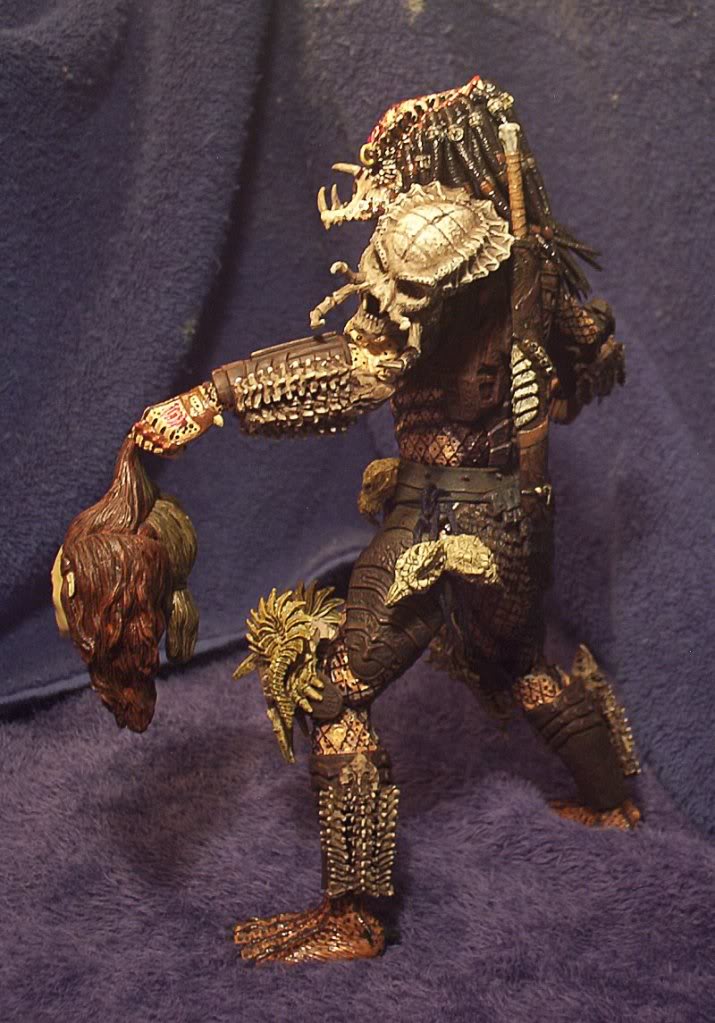 Dude - that's seriously awesome! I'd recommend getting a better camera with a higher resolution only because I feel that the colors aren't being done justice in those pics.

awesome dude! ive always wanted to do that custom, such a cool design. you did such an awesome job! all those little details, just awesome

I love that comic! You did an Excellent Job on the details!

Thanks guys, glad you like it. I put a lot of work into trying to get him as accurate as I could.

Very nice!! The heads from the McFarlane Headless Horseman are a cool touch, as well.

Whoa... this is kick ass as all Hades man. You do need a better camera or adjust the lighting... something. These pic's aren't doing it justice.
Y

Pretty sick! Love the trophies on him. My next custom is gonna be a bad blood pred as well, I hope it turns atleast half as good as yours.

Great job bro!!! Thats one of my favorite stories from the comics. Like how you got the markings and piercings on the face to.

Thanks for all the compliments guys. This guy is definately one of my favorites, and I also love the comic. I will be getting some better photos for you soon, hopefully with better resolution.

thats seriously awesome. i have hat graphic novel and i have to say is DEFIANTLY cool to see him in action figure form. great customizations

ewerything here screams awesome- beautifully taken from the comic into a figure- Bravo !

EPIC IN THE THIRD DEGREE!!! Hey,, why don't you display him fighting the other custom and that would be badass in the fifth degree! It's awesome!

Thanks a lot guys. I'll get around to showing them facing off eventually.