Got some more work done on this heap this weekend ..
(IG-88’s Blaster) 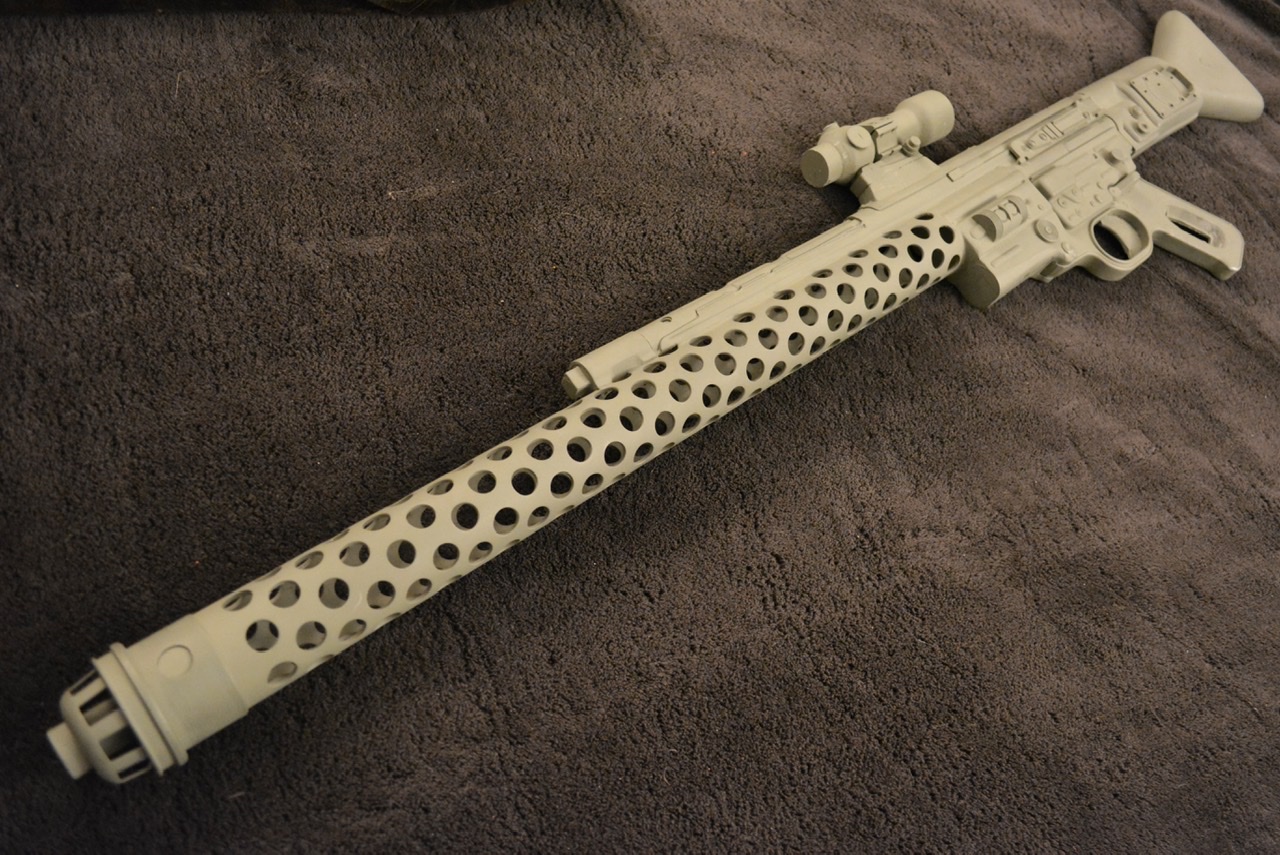 8.) Got the barrel permanently mounted onto the Mp44/STG44 casting, and blended in with filler.

9.) Got some more “greeblies” added on Just missing the stock bits and the under magazine port details which I still gotta design

10.)Started working on the scope assembly. Figured I could at least get the piece that mounts to the sight tower installed. Its a vintage scope mount on there as well. The singlepoint scope is just a casting. Didn’t see the sense in spending the mula on a real one for this POS when the scope lens gets covered up anyway and Ive no real desire to build the other STG based blasters

Upgrades to my Boba ESB EE-3 Foundparts build.
1.) Added Romans gorgeous new MPP replica and swapped out my Parks tube.
2.) Finally finished V4 of my new ConvergenceProps: Repositionable Breech Disks kits (These ones are Type . Super happy with how these came out after all the work that went into them.
I might still pick up one of Fieldmarshalls stocks eventually to replace my India made replica, but idk yet. Pretty happy with it atm though.
Obligatory broken off molex photo from flipping it around taking photos (Carbonite Freezing chamber and “Put Captain Solo into the Cargo Hold” config)

Got moving forward on some of the models for the new greeblies to hopefully finish up the IG-88 blaster rebuild
First was the small scope, then the cone thing that goes on the front of the STG mag well 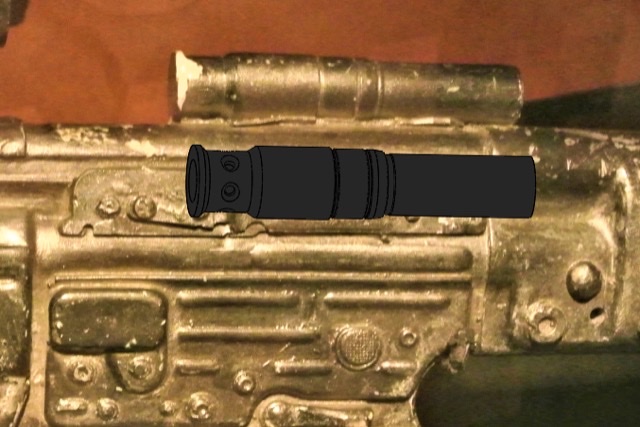 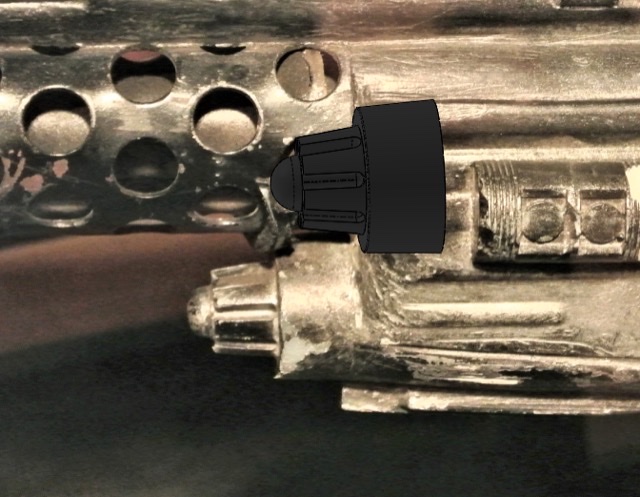 Outa the printer, into base primer and onto the build 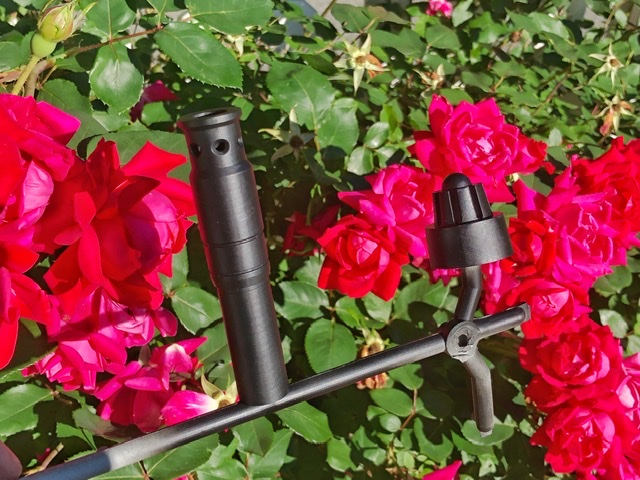 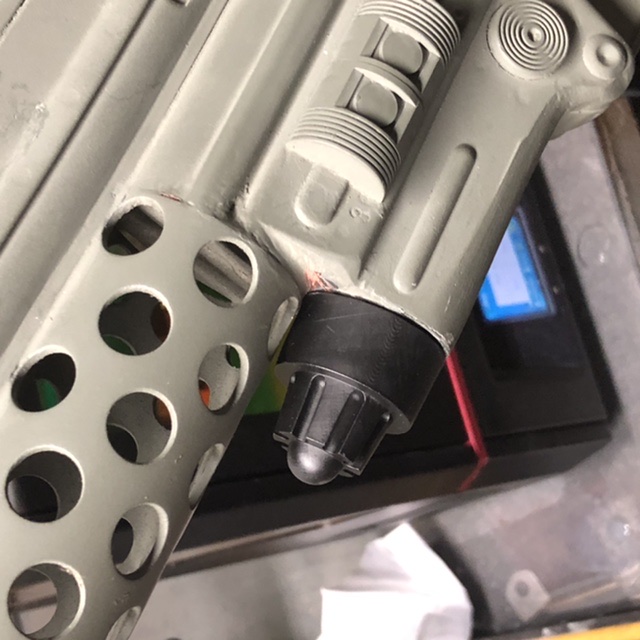 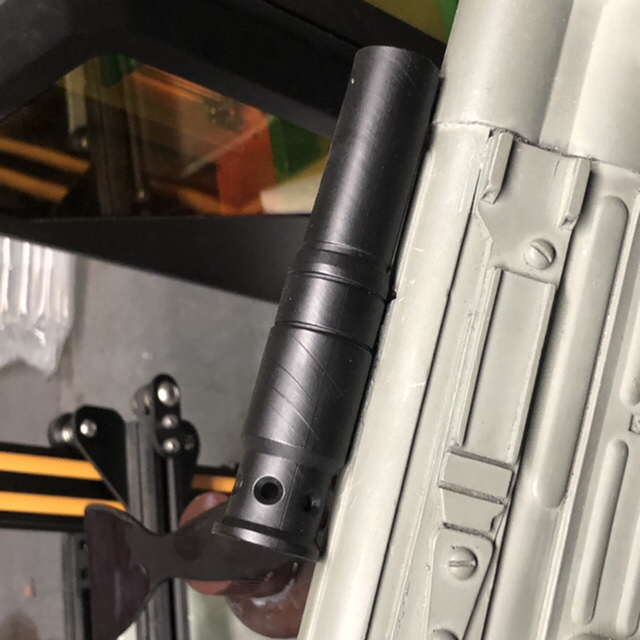 So close and yet still so far to go… 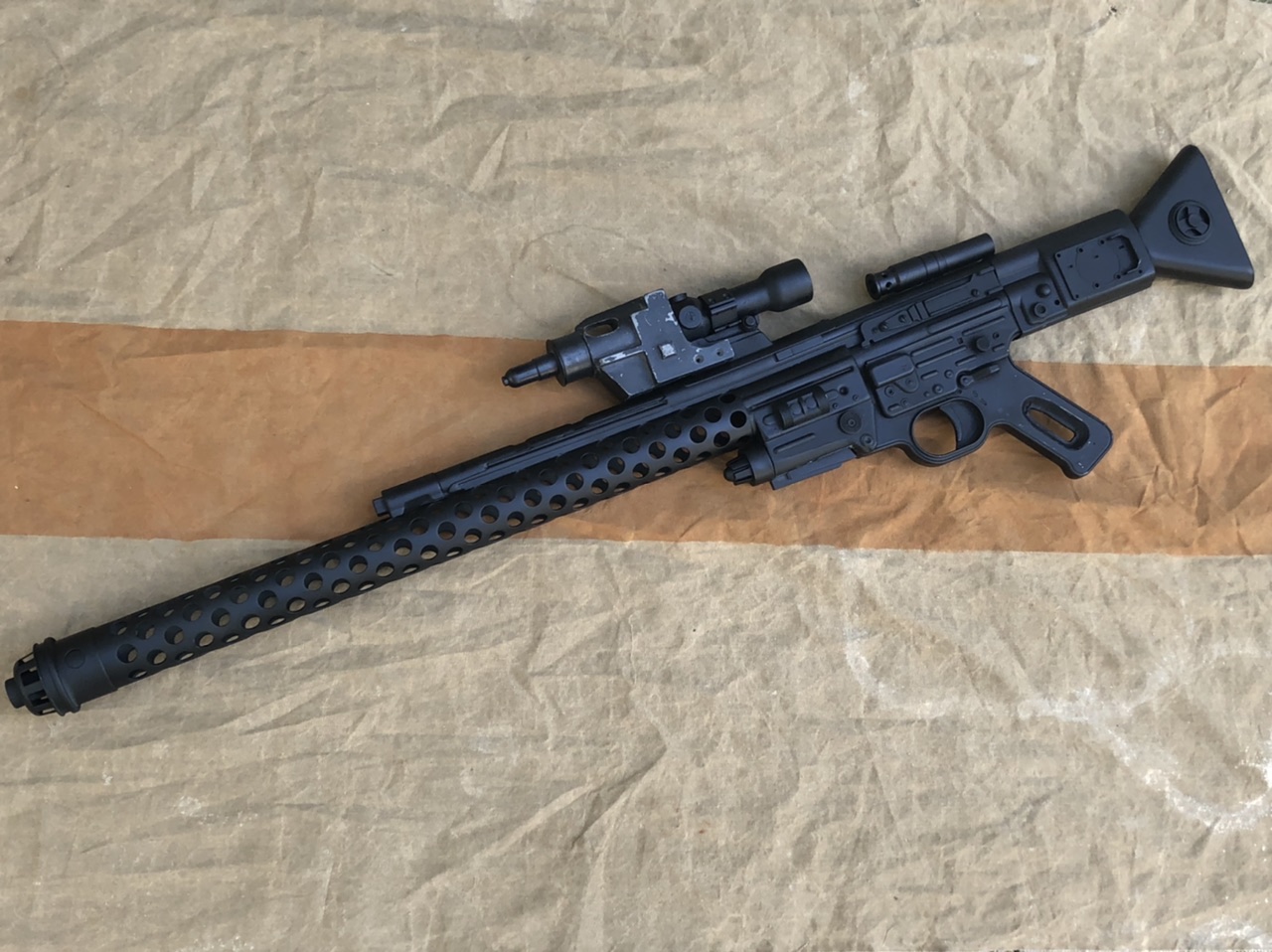 Todays project was the magazine well, as well as the V8 pulley center caps.
I honestly wasn’t sure what to do about this stepped section underneath the magazine well.. if I should just scratch build it entirely, or try designing something to 3d Print..

I’ve jack squat for clear reference photos of this area. (Probably why I avoided making it for so long ).
So I ended up deciding to do a little of both!
Did what scaling I could and made a quick model of the stepped section which went into the printer last night.

For a long time I thought the prop guys might have just carved the STG mold pour in this spot, but after looking at the Hoth Rebel blasters, none of which doesn’t have anything in this location, I’m kind of starting to lean more towards it being yet another mystery “found part” .. it and the front piece may even be one thing.. 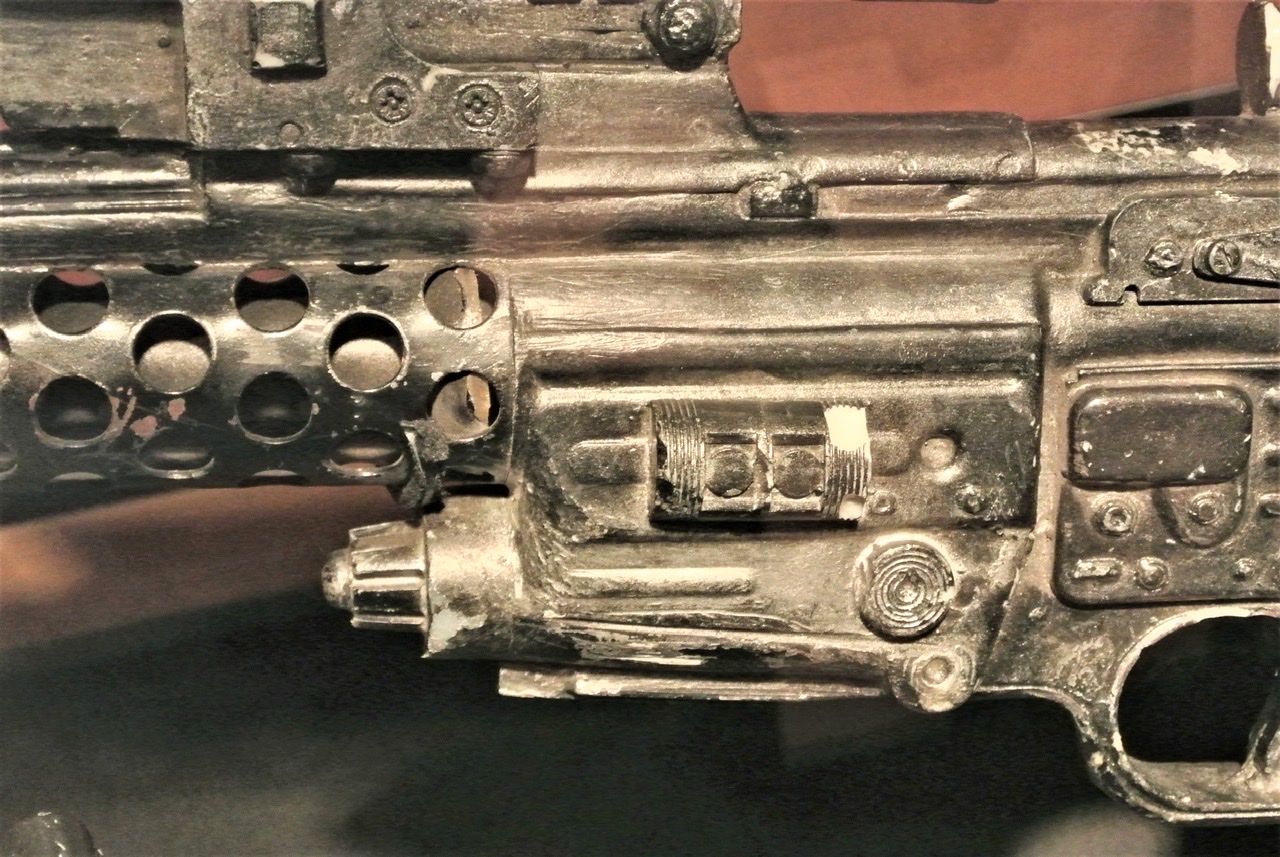 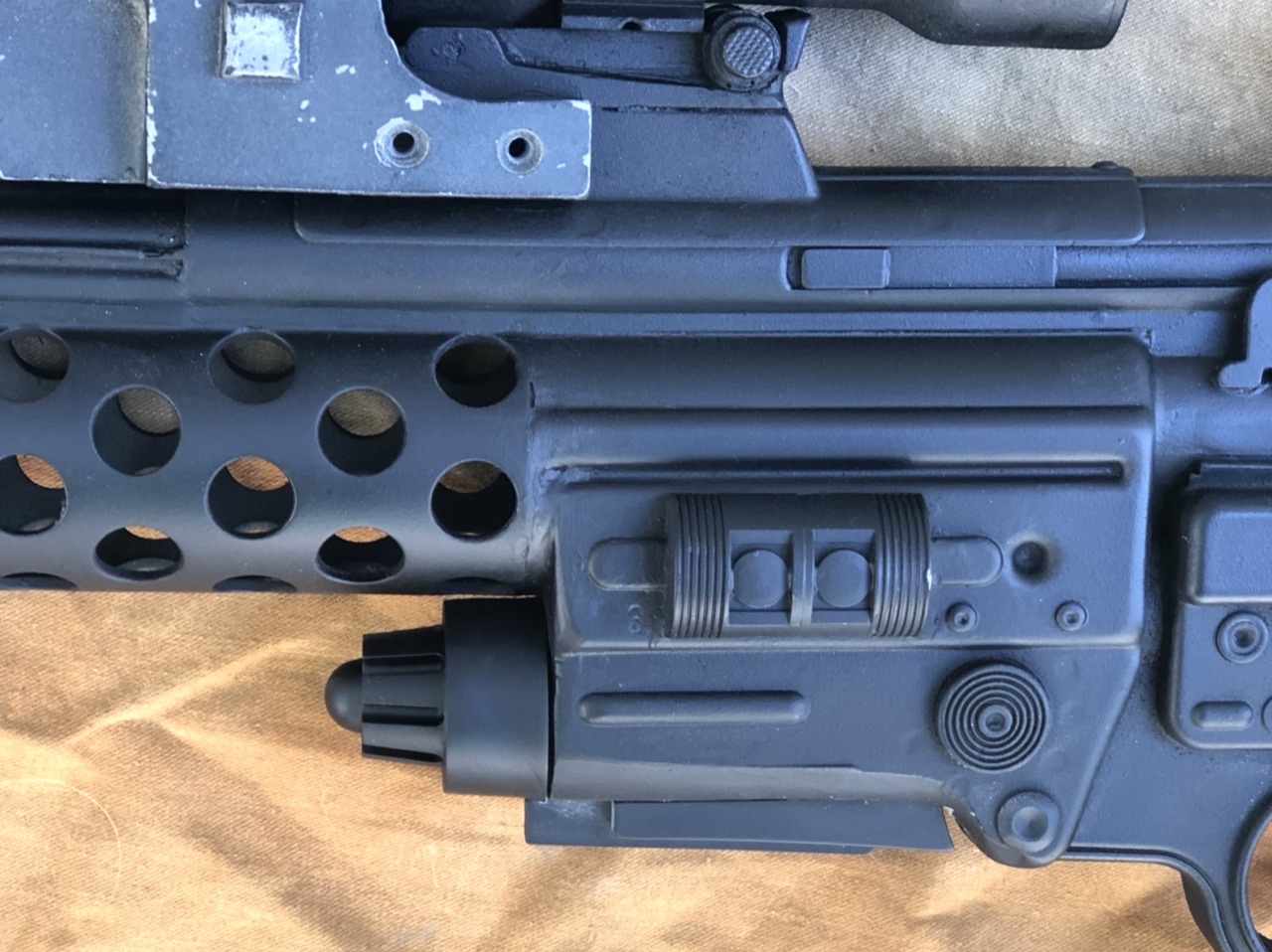 Anywho, this pretty much finishes everything I needed to 3D print for the main body of the build though, so I shot everything again in black primer and will start the filler work of blending the magazine area in.
It’ll probably be slightly cleaner in build than the actual Hero prop one is

I do still gotta redesign and print the whole front scope assembly, but thankfully thats a separate piece on its own, so I don’t have to wait for it in order to start painting this puppy once the fillers done

After posting the last pics I noticed that the barrel shroud and cocking tube section had a SLIGHT upward tilt of a degree or so, which my OCD ass was just not having... 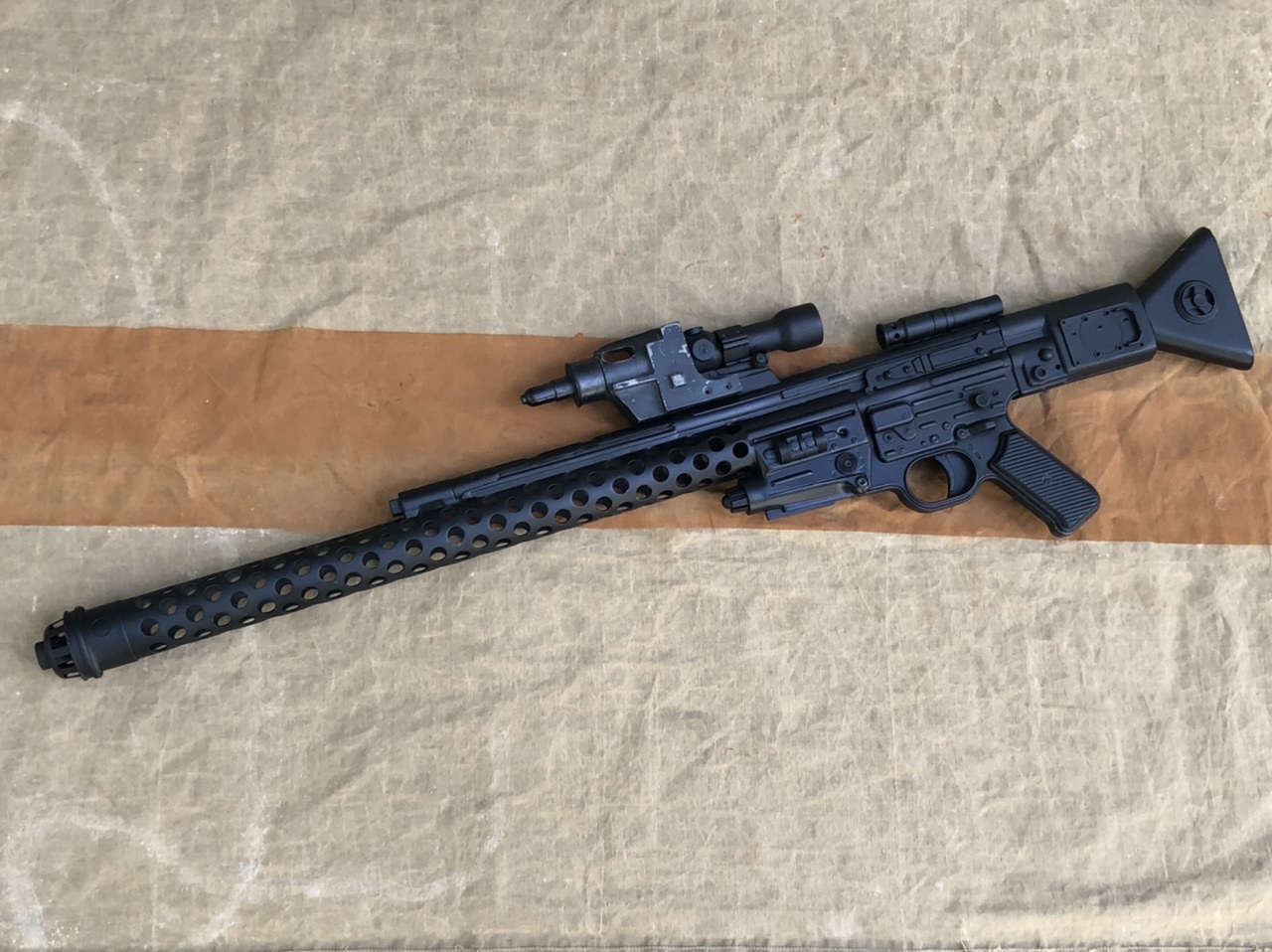 I also did the filler work on the bottom of the magazine well to blend everything together like on the Hero IG-88 blaster prop. Then I Sanded in the receiver corners and scribed in the line along the magazine well where the bottom mates…
It sorta looks like the original prop maker intended for a imaginary magazine to be or something. Could just be the edge of the original found part too I suppose but who knows with that piece of junk.. 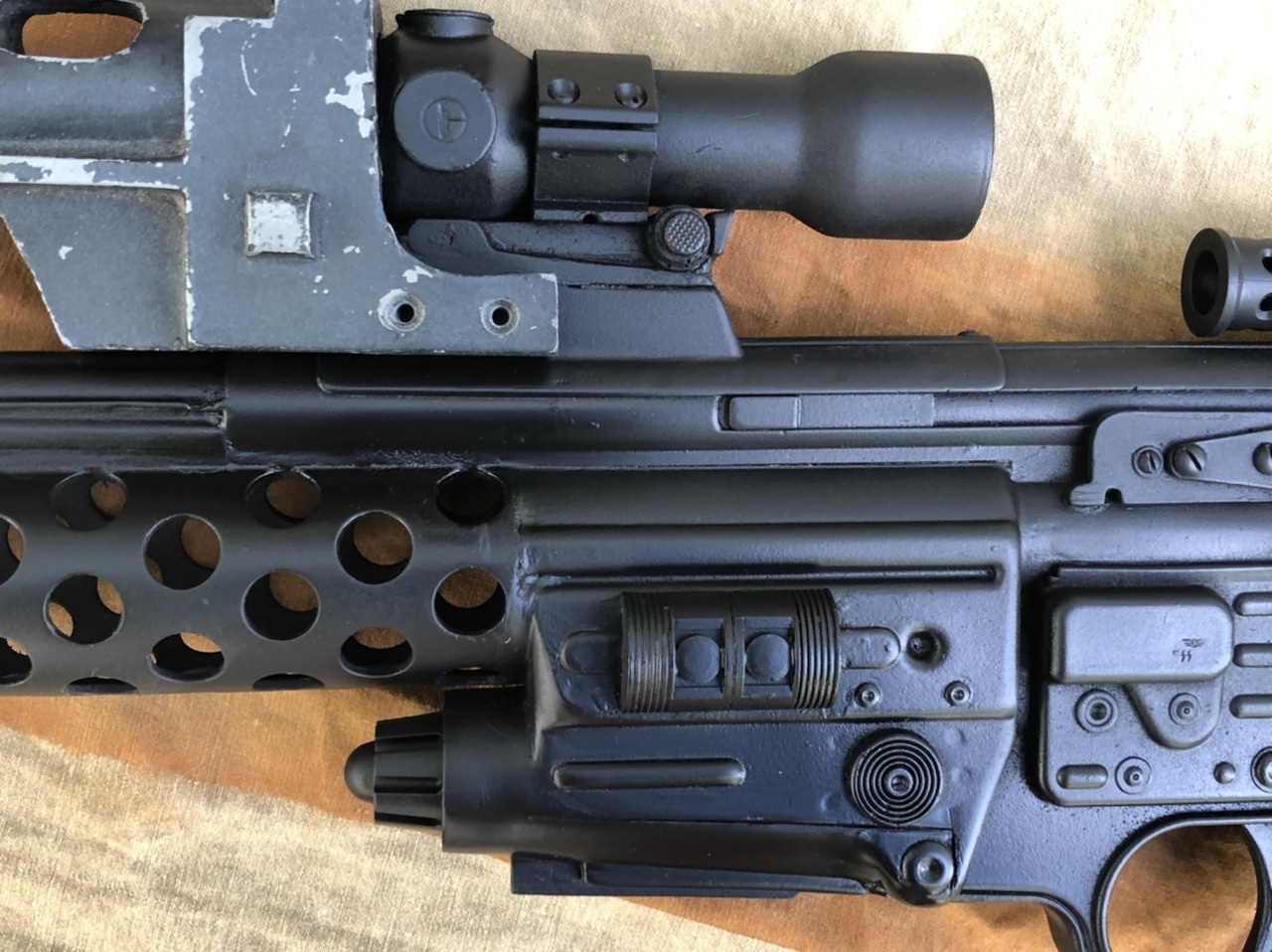 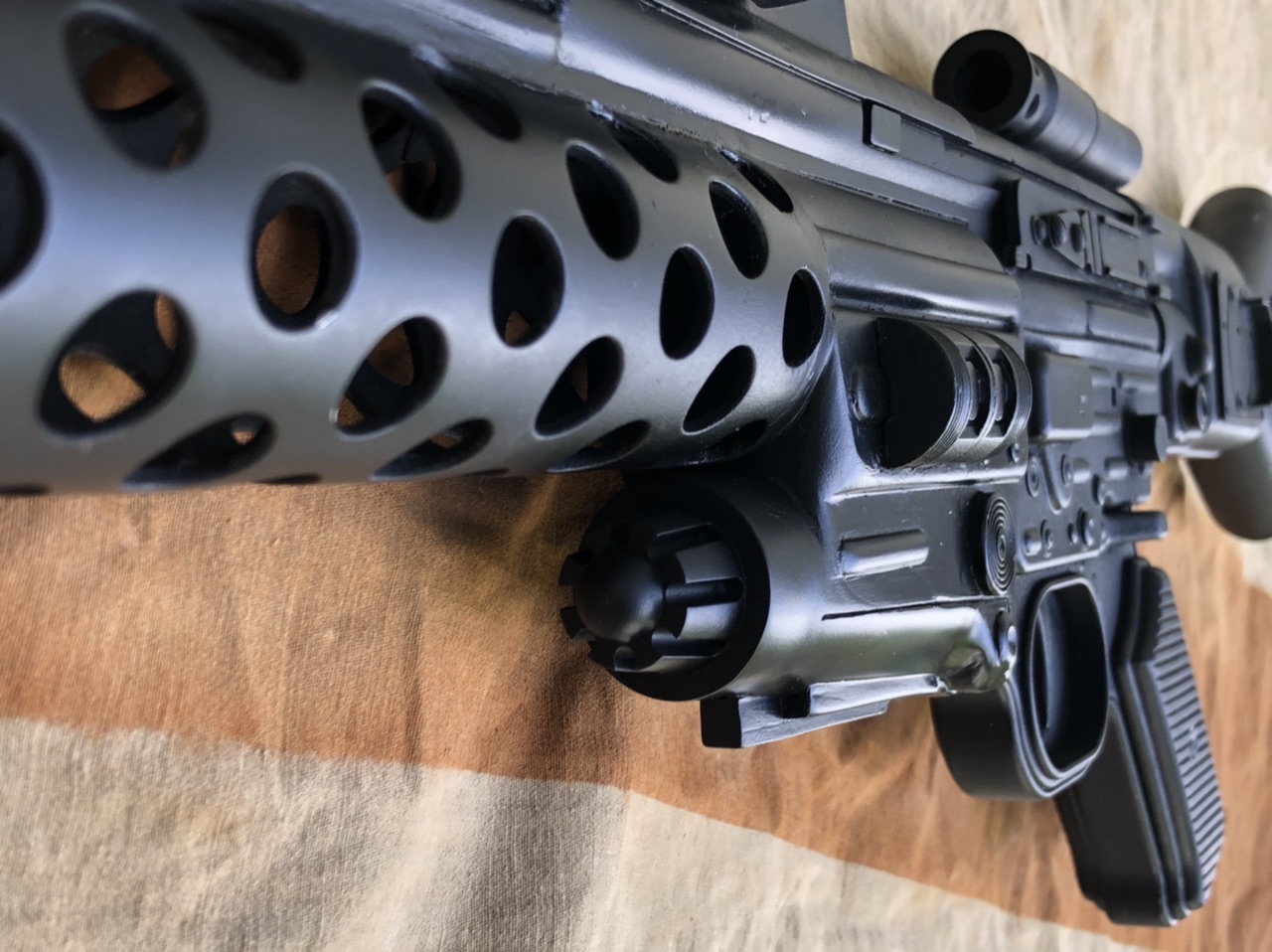 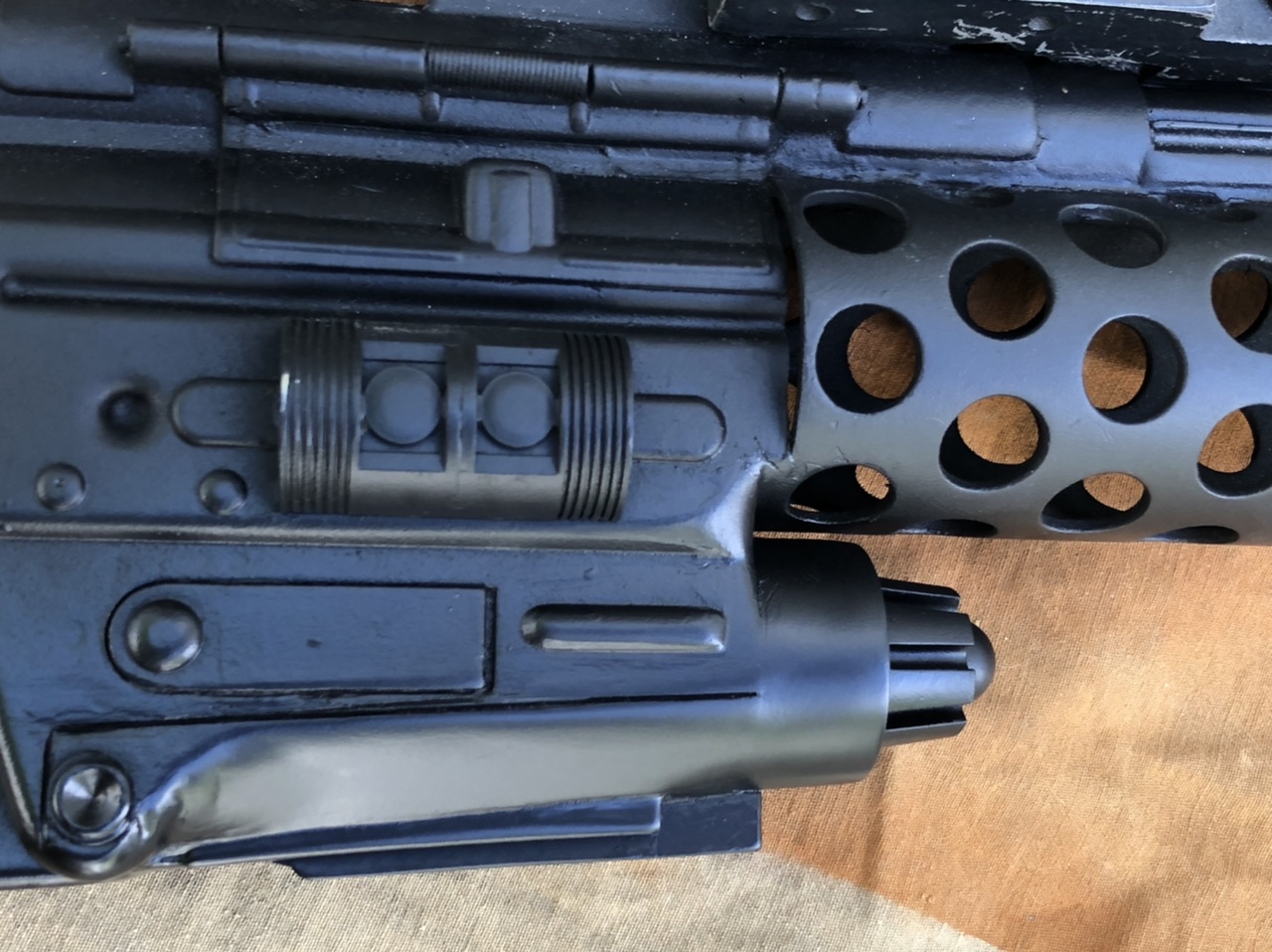 Little bit more cleanup to do in this area.. I gotta make the scope caps and install the barrel, but this main section is pretty much ready for the paint booth

Metal thermal detonator scratch build with light and sound, on a budget.