My friends Jim and Melinda came over last night to help me finish my costume, which I'll be presenting in the CONvergence Masquerade on Saturday night. I had Jim take a few photos before he had to leave. 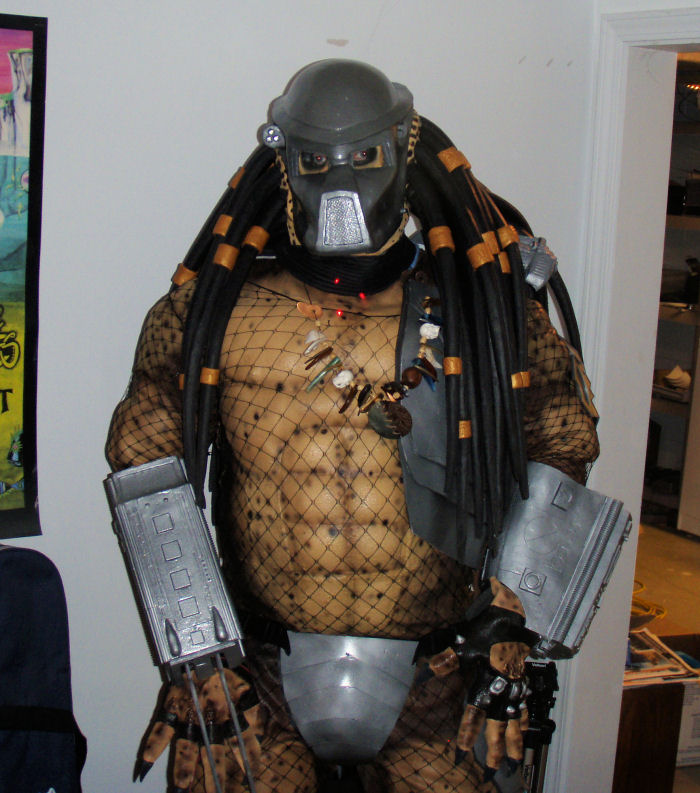 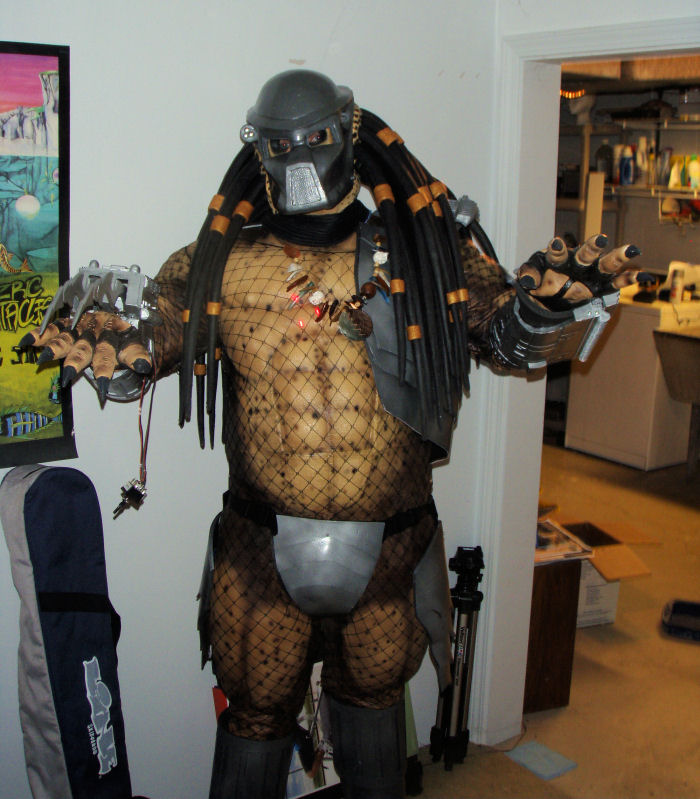 For some reason, Jim insisted on pointing the lasers at me. That doesn't work, Jim. Predators do the hunting; they aren't hunted. 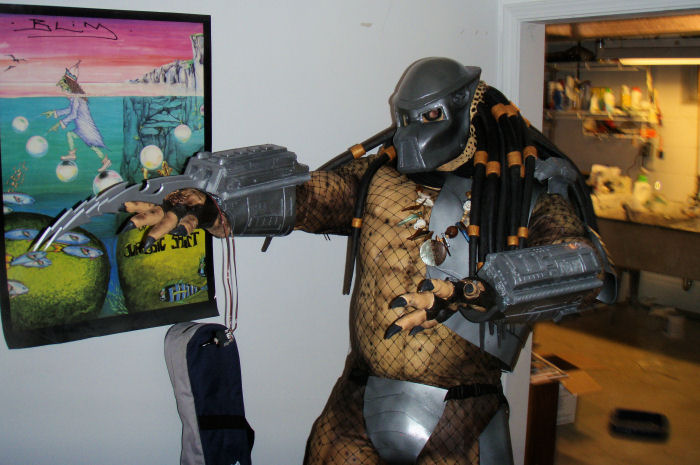 Actually, in these photos, I didn't have the bio lenses complete yet. They'll be done in time for the Masquerade.

Thanks to all of you guys for inspiration, technical ideas, support, and giving me the idea for this insane project in the first place. I'll post more pictures from the convention later.

That came out great!!!

Were you going to use that monster switch or get a micro type? I know the small ones I have are good to 2A. I don't know your load but they are much easier to hide.

Congrats on the build! Now get out there and collect some trophies!

Bovine13 said:
Congrats on the build! Now get out there and collect some trophies!
Click to expand...

OK, I only collected one trophy, but it was the best one. I won the Best in Show award at the CONvergence 2010 Masquerade! I had some good competition, but in the end, I think the last 7 months of building have paid off. Here are a couple shots: 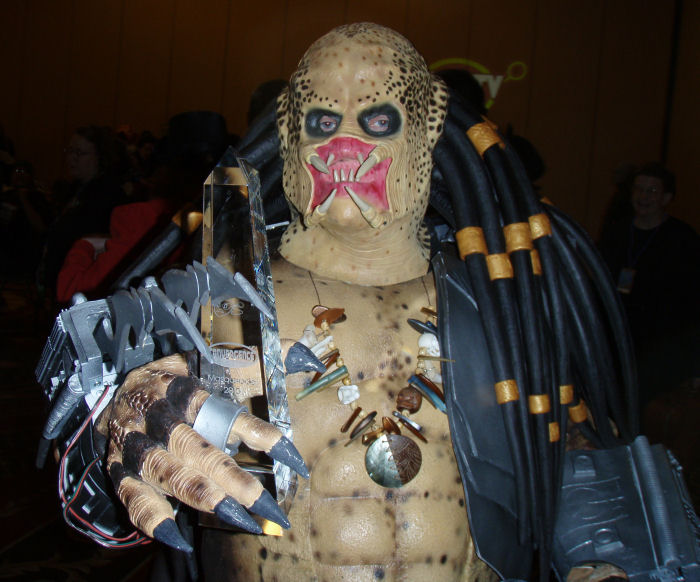 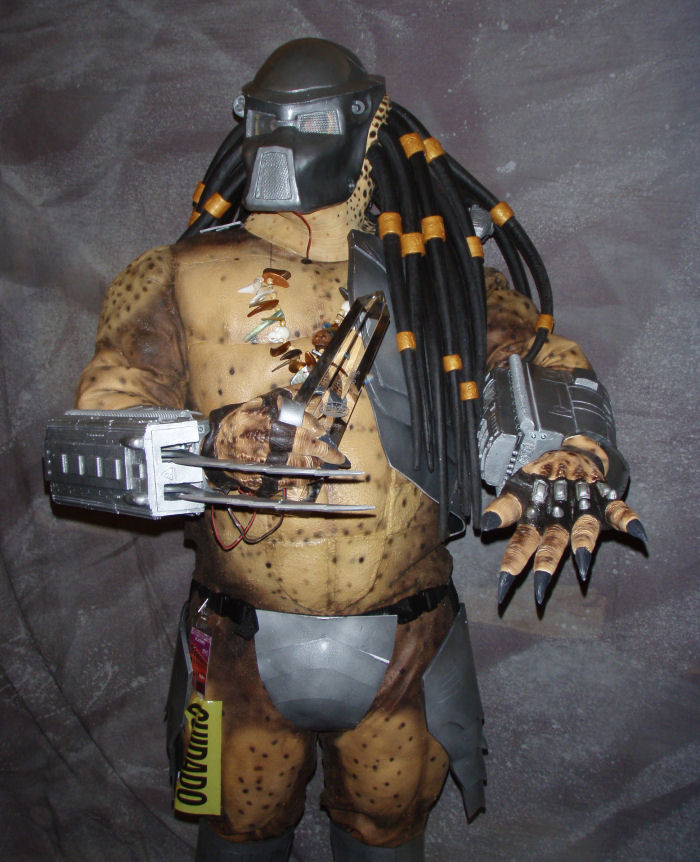 It's a little hard to tell because it's a clear glass trophy about 14 inches tall.

I also got to have a little fun with a facehugger: 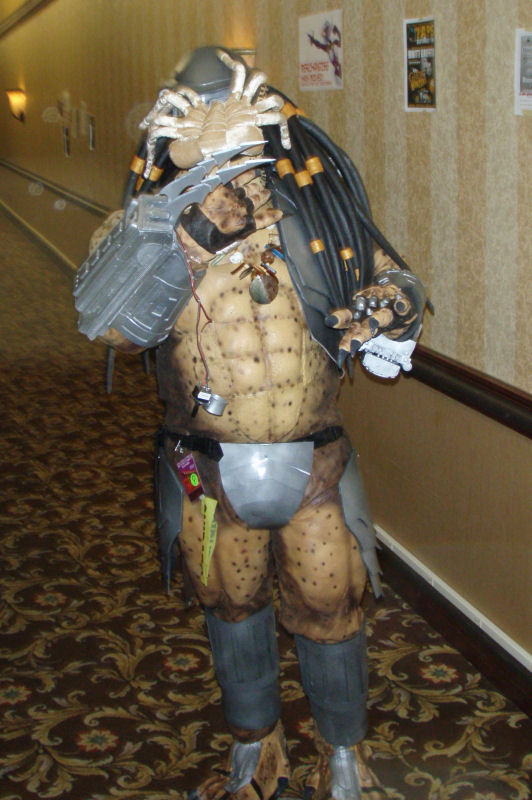 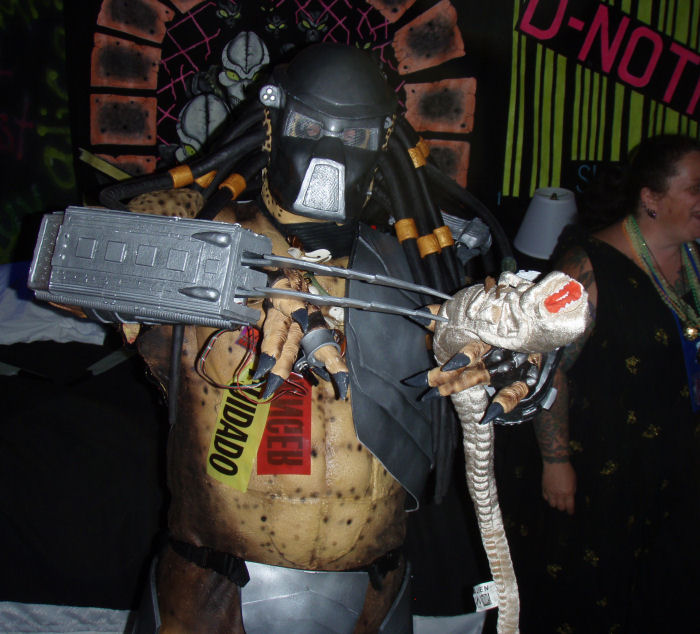 I'll post more later. It's 3 AM and I'm exhausted and dehydrated, but I can't ask for much better results than this.

welldone mate great suit! it's all worth the money and time when your at an expo or convention as you cant beat that buzz!

Congrats on another Best in Show!

So what's happened to your neck ring. Did you end up wearing for a while then taking it off?

Think I found video of you in action video

predator666thepain666 said:
Think I found video of you in action video
Click to expand...

Yep, that was me. I wish he would have zoomed in a little more, but that's OK. I also had my friend Melinda take a bootleg-style video from backstage. (She was also the one operating the lasers when I came out.) Here's the link.

By the way, I met this guy who built kind of a budget Predator costume. For being built mainly of foam, it's pretty accurate. He couldn't wear the blade gauntlet with blades because it would have been against the hotel's weapons policy, so he was wearing the other one with glow sticks to walk around. A bonus with his costume was that it was a heck of a lot cooler to wear than mine was! 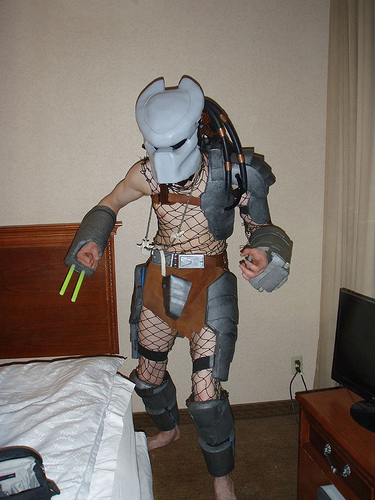 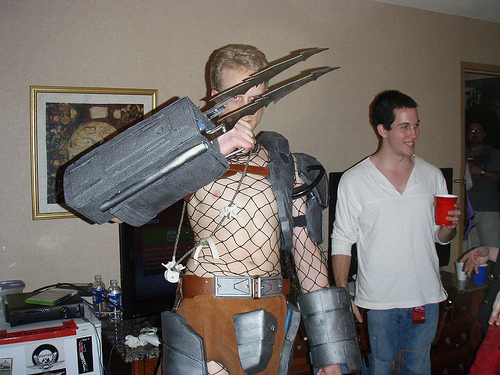 MasterAnubis said:
Congrats on another Best in Show!

So what's happened to your neck ring. Did you end up wearing for a while then taking it off?

I think I either forgot to put the neck ring back on when I suited up again for the awards, or I just forgot to tuck my mask into it. Between my performance and the awards, I took the suit off to cool down. (It's a good thing, too, because it took them a long time to compute the scores. Their computer crashed.)

I had a couple wardrobe malfunctions, but nothing on the level of a nipple slip. The shoulder bell was just attached by a strap with Velcro on both sides, so it fell off when I went out to receive my award. (Oops.) Also, the blade mechanism fell off of its track while I was walking around the party rooms. I'm currently in the process of repairing it. I've redesigned my construction techniques to make things simpler, so when I offer blade gauntlets for sale in the future, they'll have fewer parts.
O