I figured I would just make another thread to make it more friendly to the 56k modem people. Not much to update with except that the wings are just about totally finished, I just need to attach the guns to three more wings. The body is basically finished, the side pylons are also basically finished - I just have a couple places I want to putty before attaching. Probably by next week I will be able to mate the pylons to the body. BTW, I'm one of the slowest modelers alive, so "Probably by next week..." might mean in a month.


This was the first curved surface I've scribed on, so they aren't great, but will work.

The "BL" on the tape stands for Bottom Left, so I didn't get mixed up attached the supports on the wings.

You can see the rear detail a little better in this one.

The little pieces that surround the circular piece is complete, I just didn't get a new pic of them. You can kind of see them in the cockpit picture at the top of this thread.

Here's a test I did for the tail scribing. I used an extra cast I made for this. The red arrows are lines I didn't get straight or scribed too far (because I forgot what I was doing
).

You can only see the very rear of the scribing pattern in the picture I have so I made up most of it. How's it look?

Here's a picture of the rear or inward part of the wing. I figured the supports and detail on the inside of the wing would be similar to the outside. I just shaped the little angle pieces a little different.

Lookin pretty sweet Jason. Can't wait to see the finished model in a few months to a year!
Ya know I probably live like 10-15 minutes from ya so I wanna see it in person when you're done.

Looks good so far....
But to be honest, I have no clue what this ship is, do you have a pic of what your ship will look like when finised?? 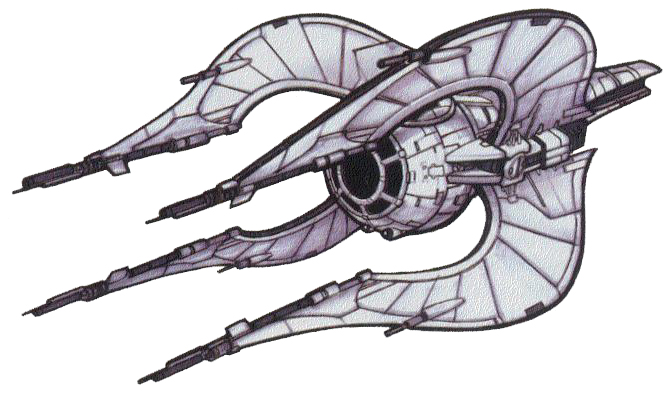