Check out my fiber optic light up box! (mostly some LED header questions).

RPF PREMIUM MEMBER
Okay, so I have several builds coming up that are going to require fiber optics for the lighting. One of them is my Battlestar Pegasus and the other is my 38" Super Star Destroyer, which is going to require a TON of fiber.

Seems like the traditional method to connect fiber optics is to get a bundle of them and tie them into a single LED (or lots of bundles and lots of LED's). For lighting up very "open" models and models that may not have a lot of different colors I thought would try the experiment outlined below. This was inspired by my Bandai star destroyer which I thought achieved a pretty good lighting effect with not that many LED's (I utilized the kit it came with and only made a few small modifications).

The premise was to see if I could use strip LED's and randomly placed fiber optics to achieve a similar effect as opposed to routing them directly to an individual LED bulb. My idea was to wrap an LED stip around something (in this case a paper towel roll..) and then just randomly route the fiber.

Now, I understand there are a lot of issues here including (and not limited to) routing to small/hard to reach areas, light bleeding, etc.

Below are my results and I do have one question. I am having a heck of a time finding a 12v transformer system for LED's. Looking for something like a 'header' that I can tie in 12v and 3v LED strips and individual LED's (think breadboard but smaller). I would rather use some kind of header instead of just hard-wiring everything together if possible. 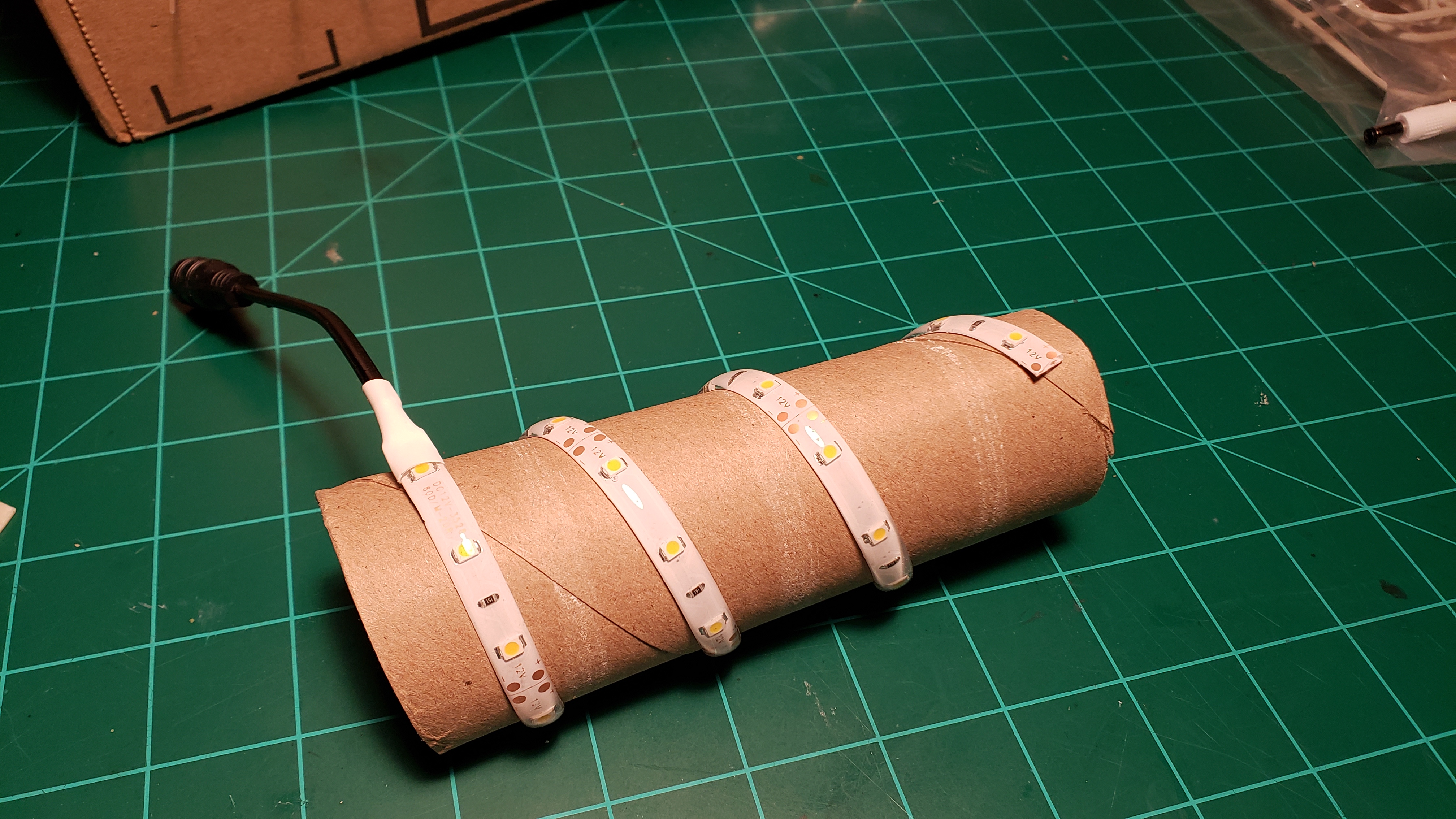 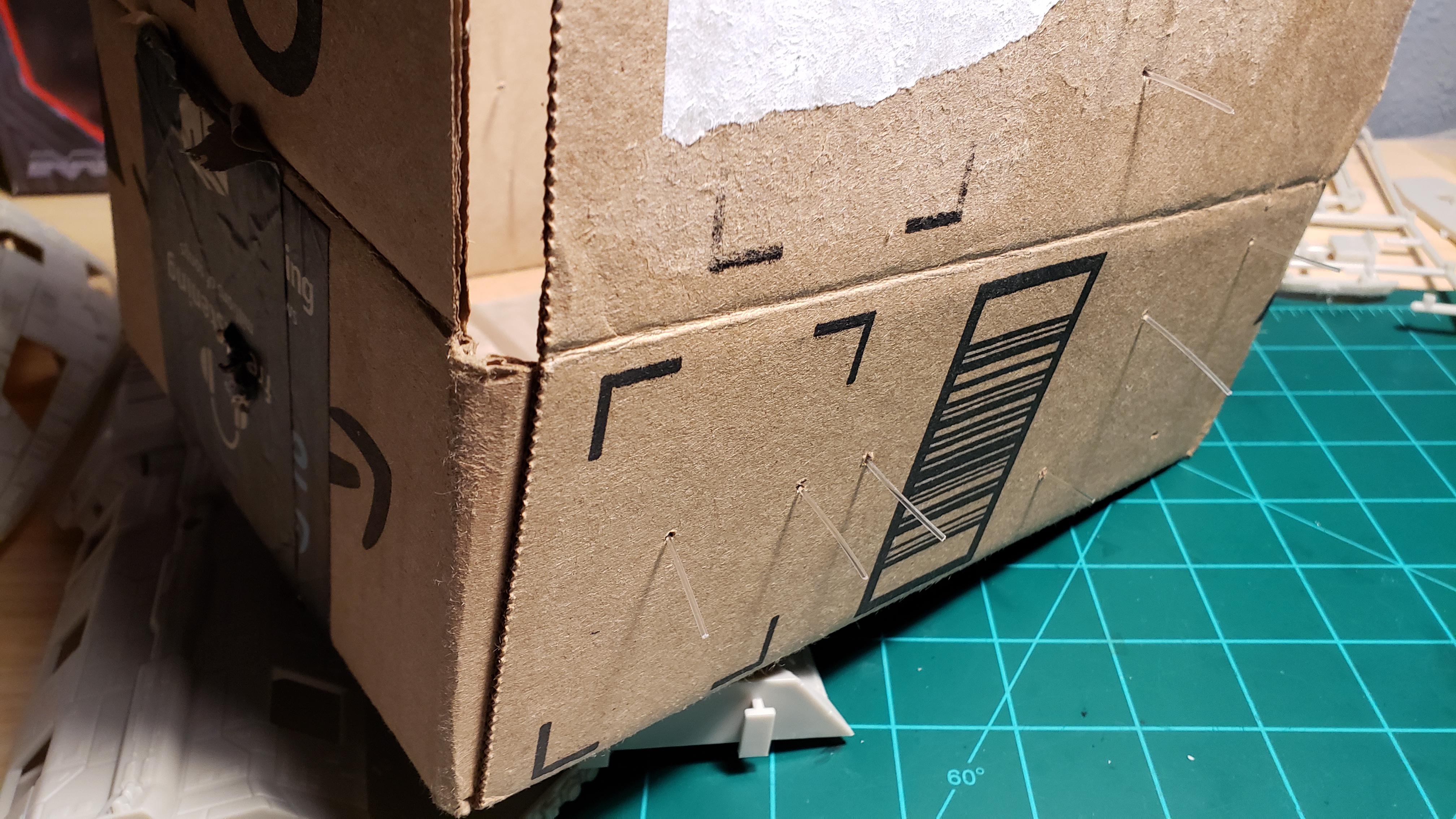 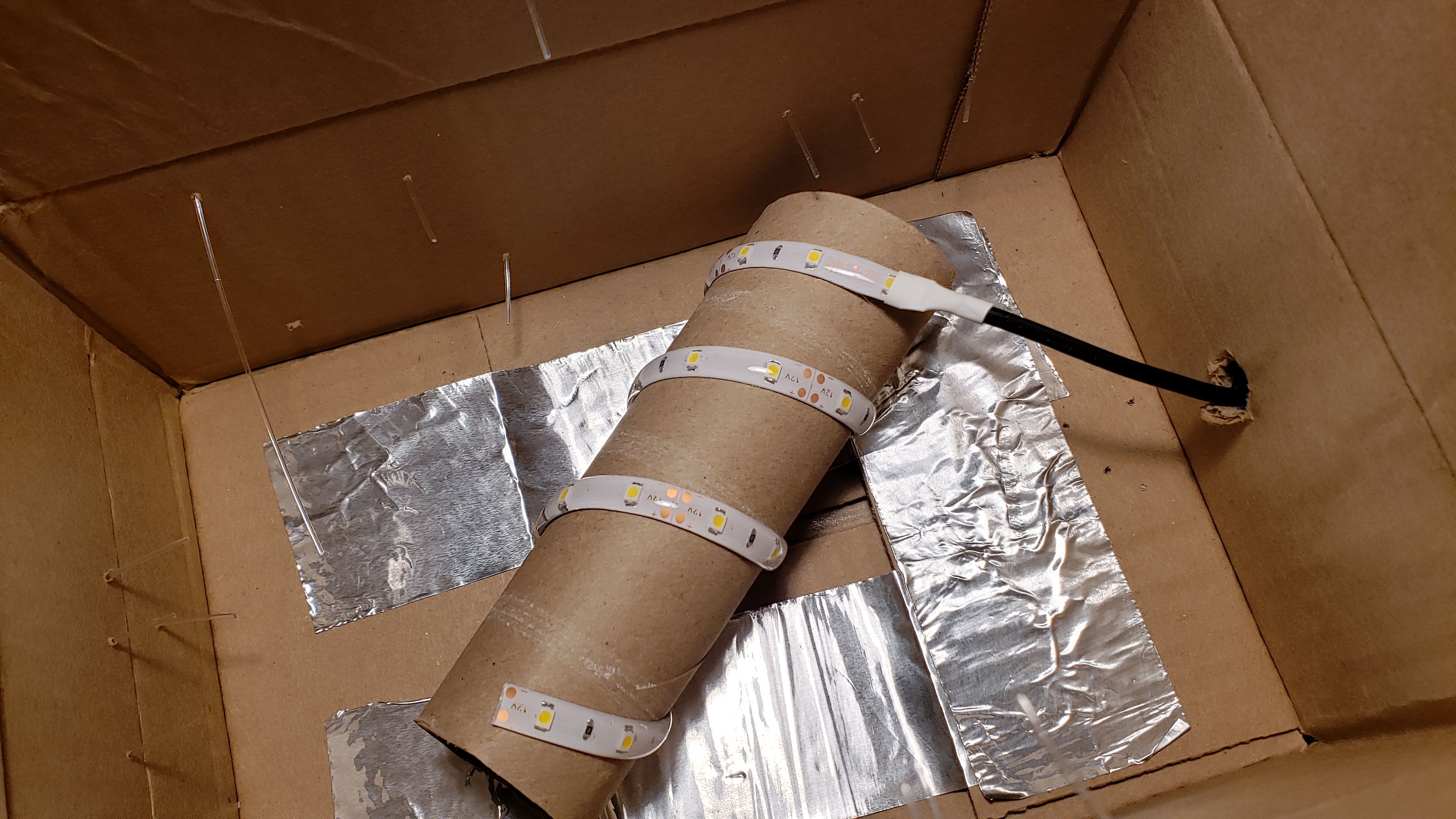 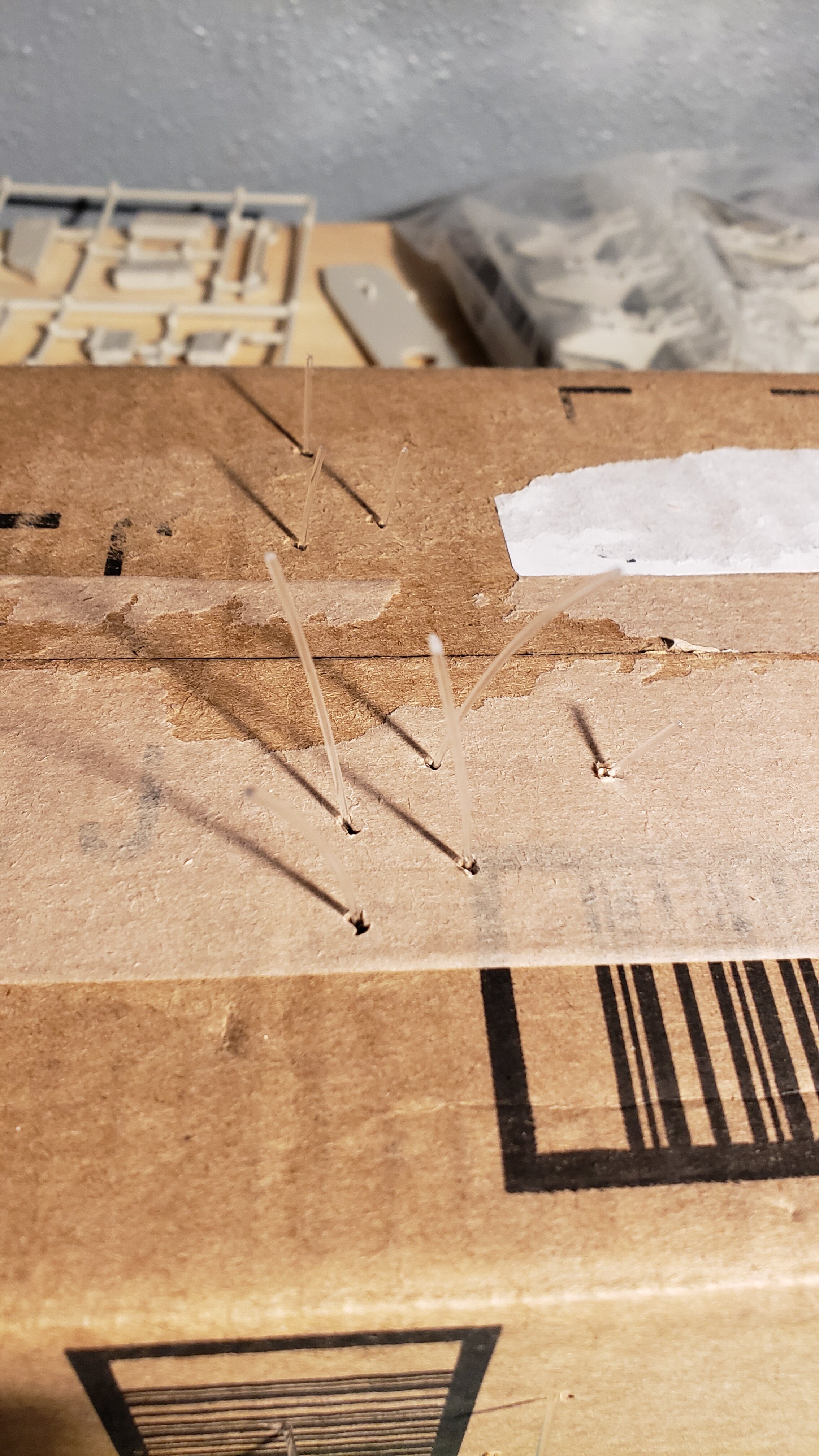 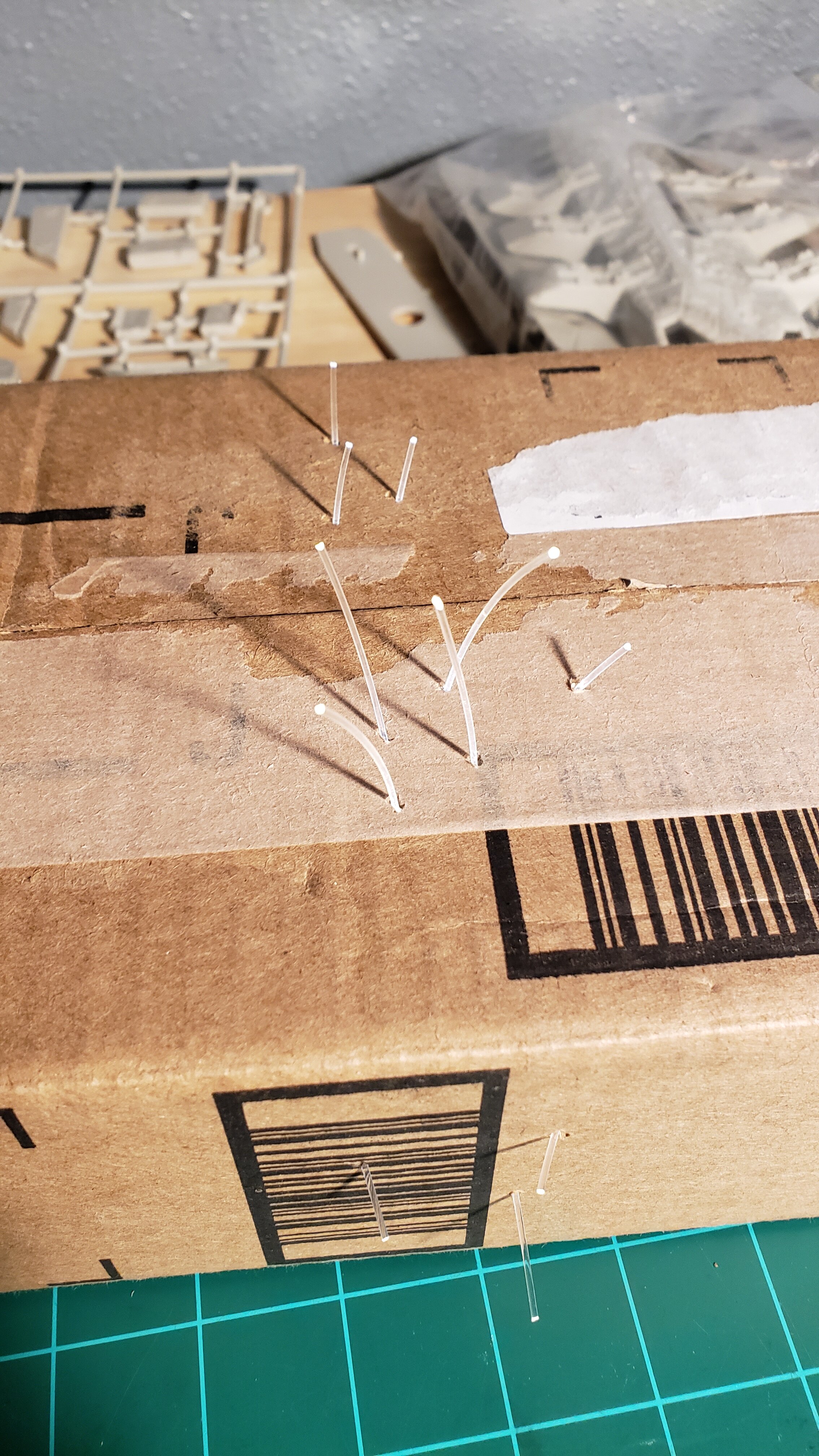 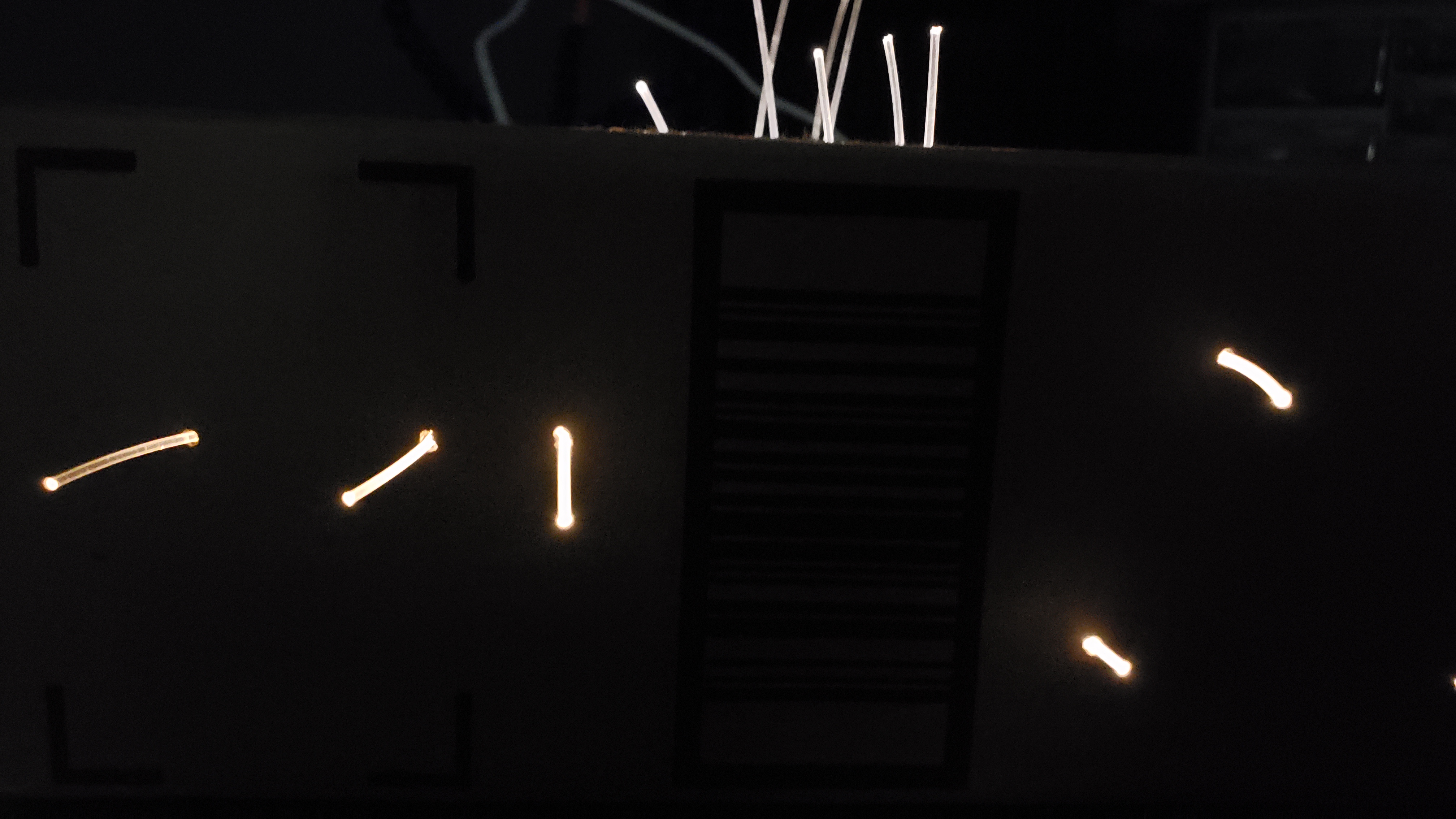 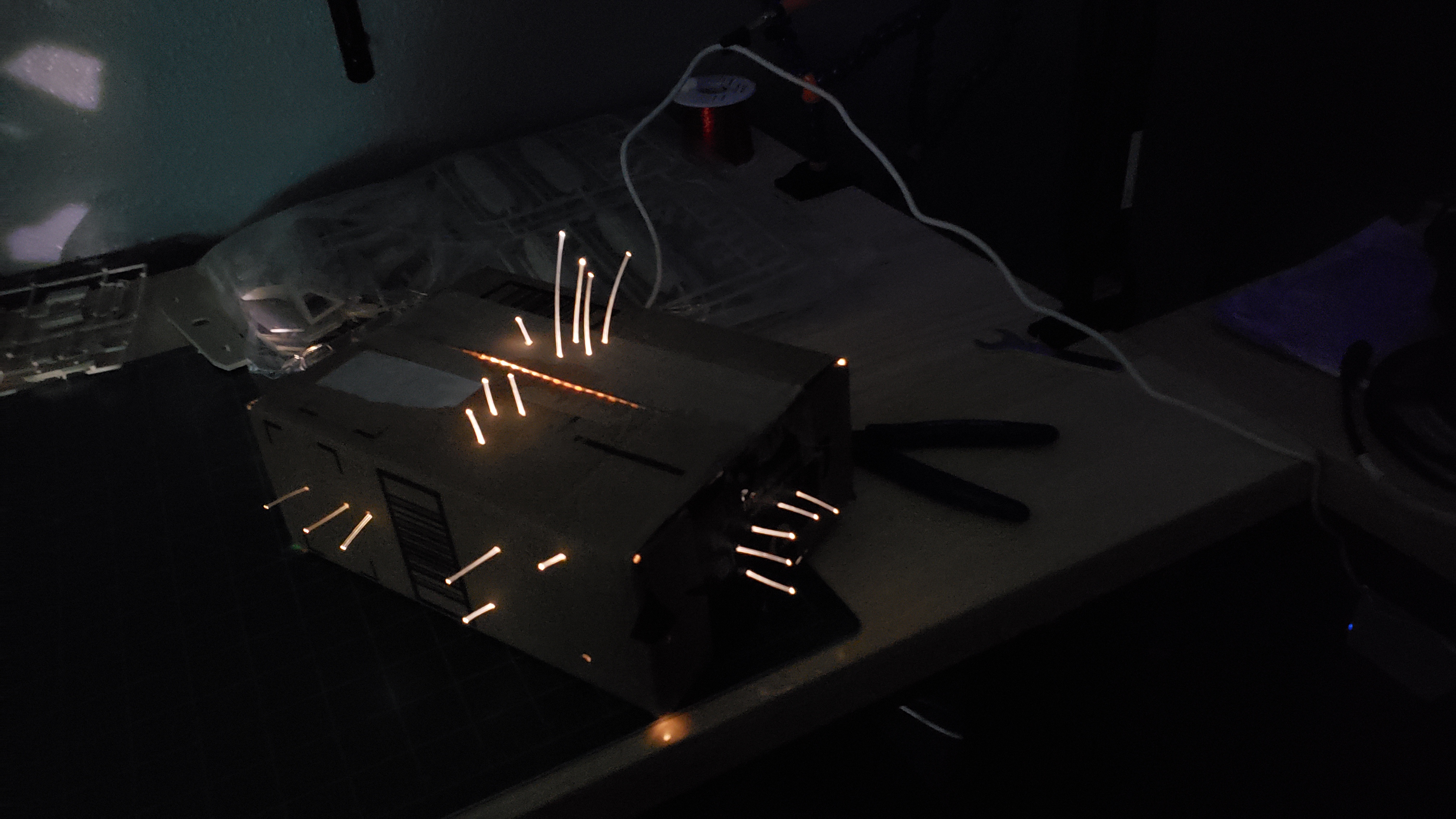 This can definitely work though you get more "efficiency" by aiming the light source directly at the ends of bundled fibers. LED strip generates some heat, the amount depending on the length of the strip. While short lengths should run cool, it's a good idea IMO to mount them to a piece of aluminum. This acts as a heat sink and keeps them as cool as possible. That helps extend their life. Also, the adhesive on the back of the strip sticks rather well to aluminum (especially if you clean it first with rubbing alcohol). Over time, heat can cause this adhesive to fail and the strip to come loose.

RPF PREMIUM MEMBER
Thanks, that is great info! I have run a few projects with just a handful of LEDs, but with some of my larger and more complex jobs I am starting they will require a bunch.

Great info and thanks for the advice, gives me something to think about and a good starting point.

Yesterday at 8:59 PM
adinelt
A