While the Star Wars Holiday Special is a fever dream of the weirdest kind, I do have a soft spot for Luke's graflite lightsaber. It screams Original Trilogy to me, and after seeing a few amazing builds on here, I picked up a flash over lockdown in 2020, and built one.

But.... I like my toys, so after getting a ecoswing electronics core from Aussabers.com.au, a plan was in motion.
The gist of it was I had my dad use his workplace lathe to machine my endcap and a custom emitter/blade socket to mount my core, slap a small project box on as a control box. Carve out a piece of the hilt to run some connections and bolt the whole thing together.

The Control box is an ABS project box from hammond. I used the existing mounts and stand off from the Ecowswing kit to mount the board which worked perfectly. super sturdy and stable as well as being crazy clean in my opinion. I also replaced the stock wiring with a couple of small JST connectors to make install and mods easier so it wasn't all hardwired together.

Control box was secured on with e6000 and a small tapped M3 bolt. feels very secure and shouldn't go anywhere.

These are the pieces I had machined. The endcap is the orginal Graflex/Graflite end cap, which we'd turned down to work as a plug previously, i just had dad turn the inside pocket a little larger and the speaker end of the core plugs right in. Its a very snug fit which is perfect. The emitter is a black nylon style plastic, possibly delrin. Its got a 25mm deep socket for the LED end of my core, and a 40mm deep blade socket. 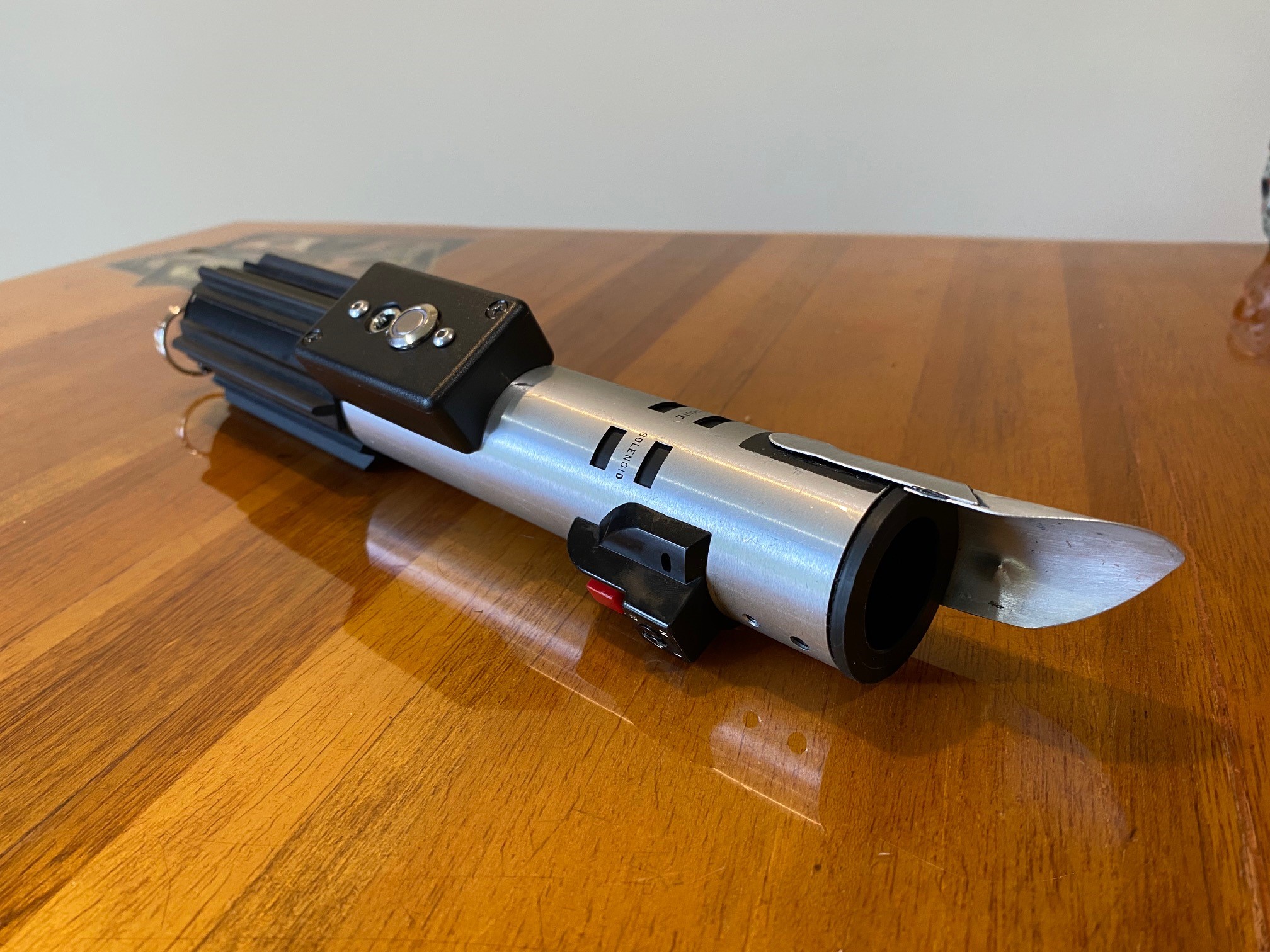 The end cap and emitter are held in place with tapped M3 screws, which look barely noticable. I was planning on drilling discreet holes for sound venting, but with this setup, a surprising amount of sound comes from the control box, so happy days!

I will eventually add the chrome decals on the sides of the control box, but I'm not in a huge rush for that, I will also need to add the red lamp but again, not a priority. I also decided to go for black cricut vinyl under the grips, instead of the gaffer tape, as I felt it had a slightly cleaner look. I'll have a video showing this working in a couple of days.

What do you guys think?

Dunno if anyone is interested, but I just uploaded a build video of this saber on my YouTube channel. It’s pretty long, but was a really enjoyable exercise! Feel free to check it out and drop a like, comment or subscribe if you’re so inclined!