In this thread, I'll catalog my build process for the Caudillo "Hazard" Helmet and the Overlord "Stinger" armor from Star Citizen. Say what you want about the game's development or content, but the props and costumes in the game are incredibly detailed and some of my favorite. 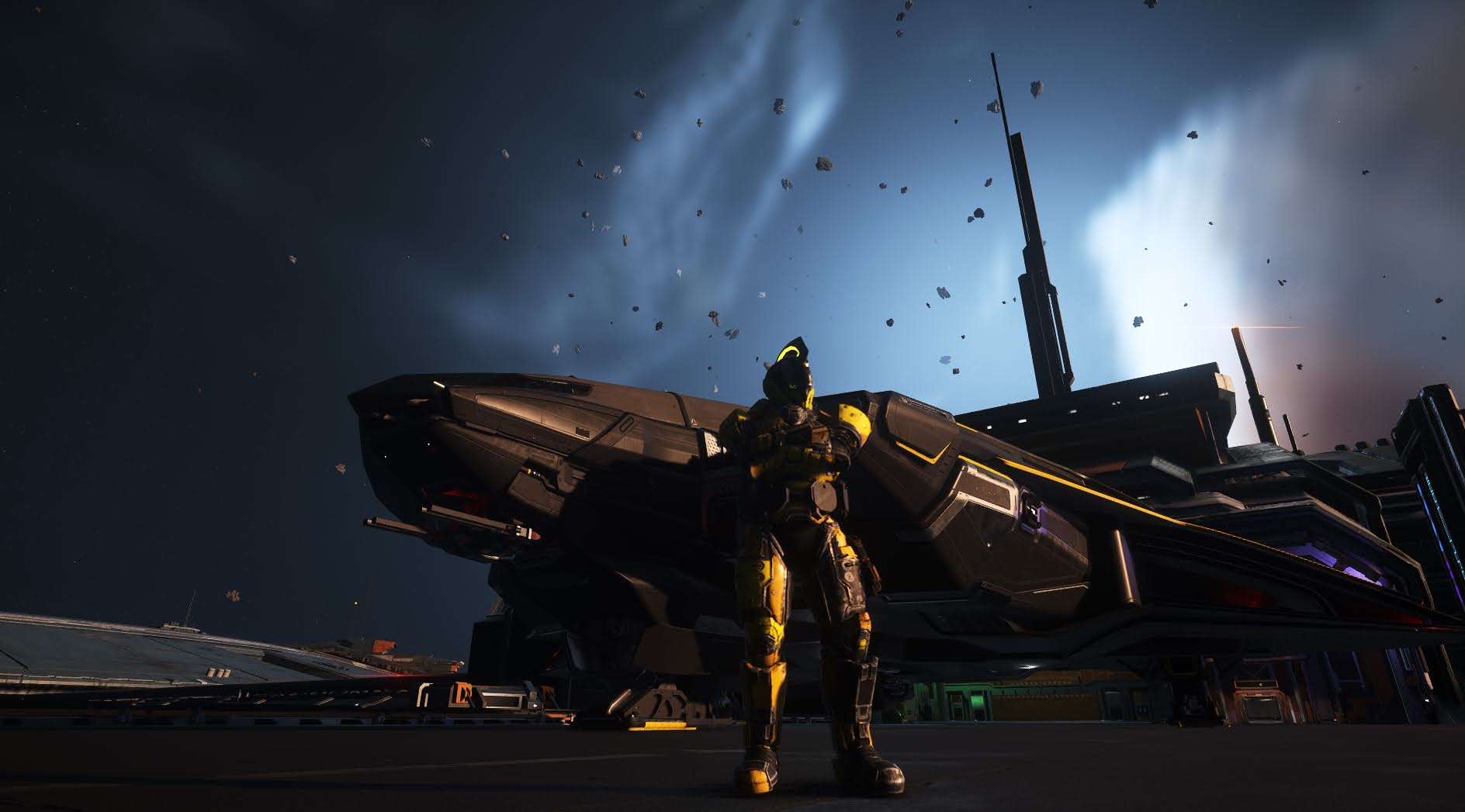 My build began with the helmet. I pulled the original files from Star Citizen using Unp4k by Peter Dolkens on Github.

Some of my references for the helmet are below. The first image is from the Star Citizen website, and the other 3 were taken by me in-game. 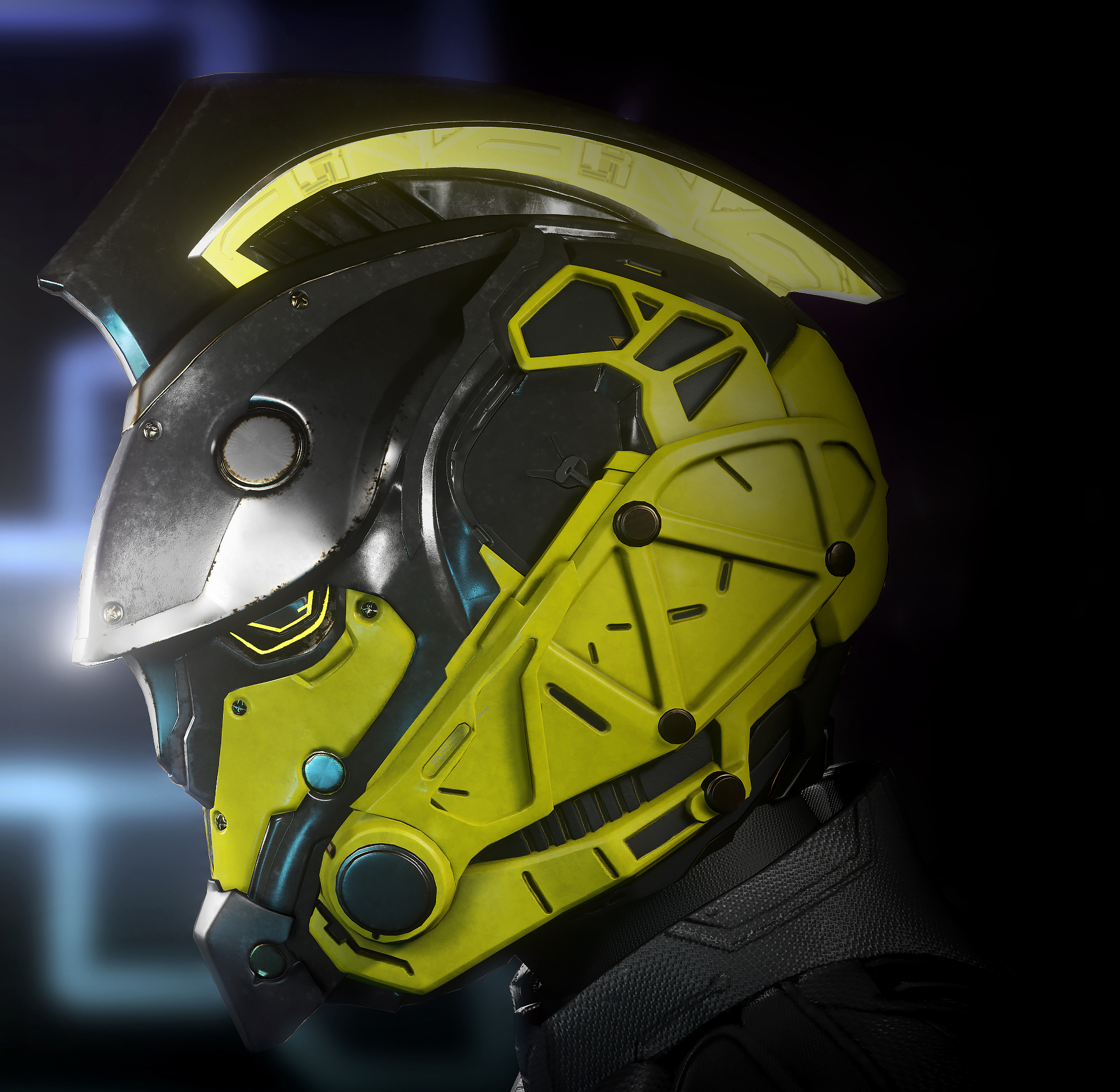 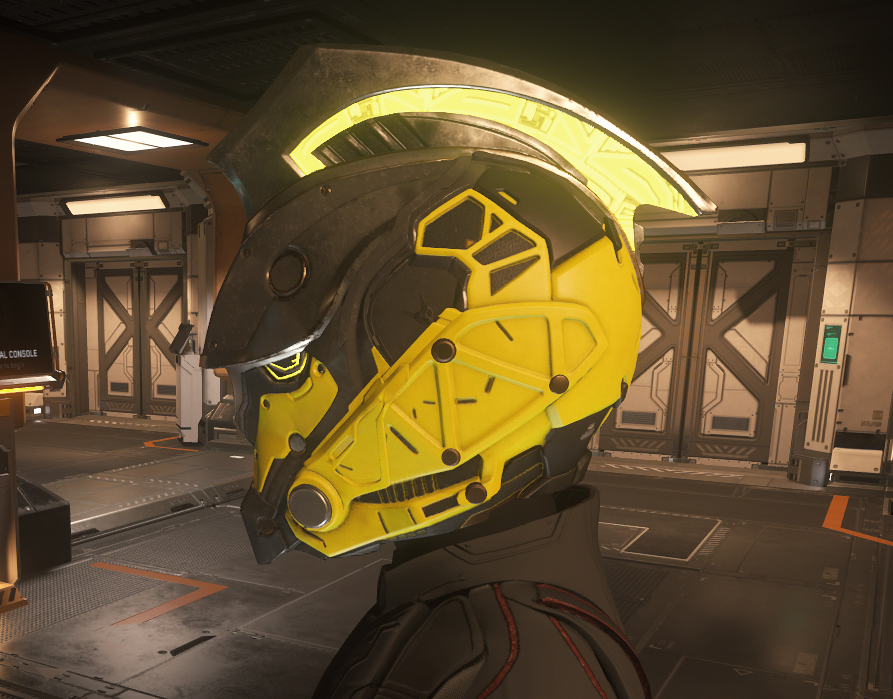 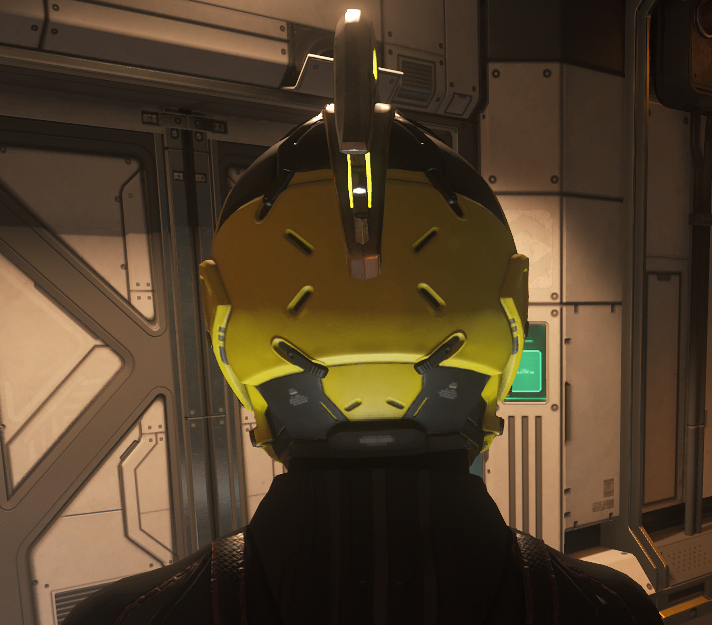 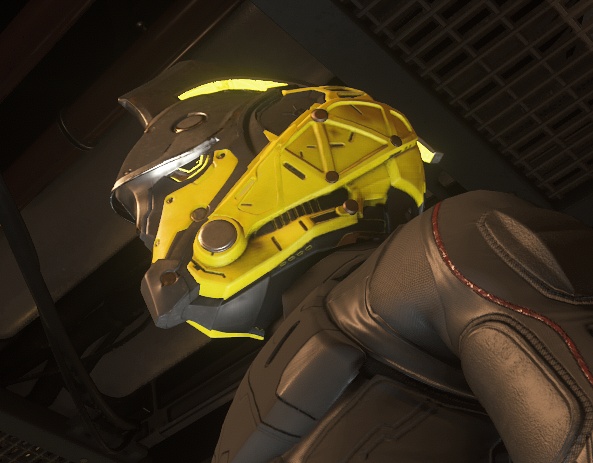 My plan is to split the helmet in half since it's symmetrical and make the "crest" on top a separate piece. Then I will make it so the two halves of the helmet and the crest magnetize together via small magnetic disks that I already have. This should provide sufficient hold to keep the helmet firmly together, but also allow the helmet to be easily taken off or dismantled for travel. Additionally, this helmet has significant pieces that glow which I plan to achieve using some simple LED circuits. Thankfully the glowing sections don't animate, so I won't have to deal with an Arduino. I'm also considering using some of the magnets to also transfer power so that only one piece of the helmet actually has to have a battery on it. If anyone has experience doing this, please let me know and tell me if it's a bad idea.

The original mesh, as is usual for game assets, was a mess and not at all suitable for existing in the physical realm. The mesh was not manifold, there were many intersecting faces, and was low-ish poly and relied on in-game shaders for a lot of the fine detail. Unfortunately, I didn't get any screenshots of the early process on it, but at some point, I ran it through a re-mesh process using Windows 3D viewer, which in hindsight was a mistake. This created a lot of weird geometry that I then had to go in and fix. Eventually, I found a wonderful mesh cleanup tutorial by Valtech VR on Youtube that I would absolutely recommend to anyone trying to clean up a game asset using Blender. I also got some firm but correct feedback on my model from @Mightyh3idi on Twitter which led to me sub-dividing my model down and making it actually smooth. This was time-consuming but well worth it.

As I've worked through the process, I've made several test prints of the helmet to make sure I'm happy with how it's turning out. So far they've come out well. I also did a quick test of my method for splitting up the model on my FDM printer, which gave me some good insights on how I'd like the parts to attach to one another in the final model. 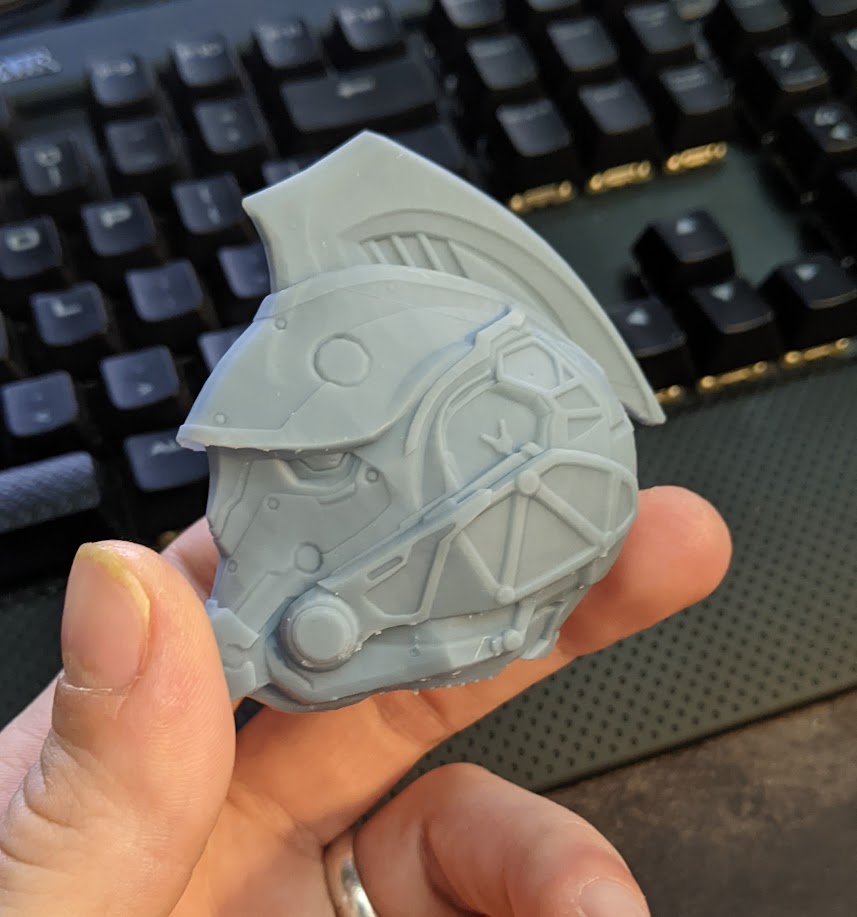 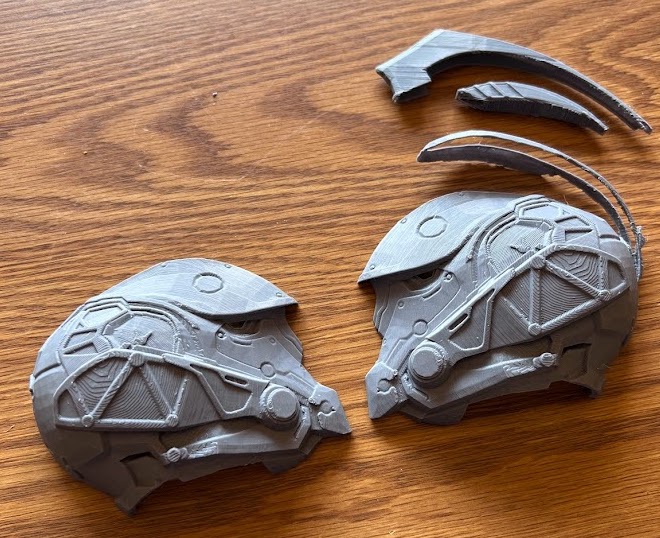 And here's the model so far:

The crest still requires more cleanup and subdivision before it's ready, but as of now, I'm very happy with the main section of the helmet.

I'll continue to update this thread throughout the process of the helmet and when I move on to the armor. This is going to be a long process and my largest build to date, but I'm hoping the fine people of the RPF will keep me inspired.

-Reserving this spot for the armor build-