I thought I'd share with you a project that I did some time ago, it's quite simple - replicating the 7th Doctor's TARDIS door key to the letter. 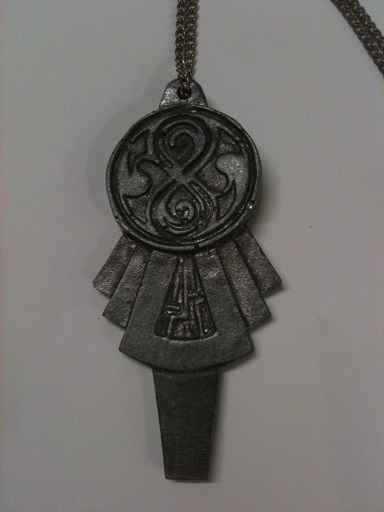 (Above) A screen used original TARDIS door key, used in the final season of the Classic run of Doctor Who in 1989. A collector bought this and wanted a duplicate made, so that the copy could go on show, while the original was kept somewhere safe. 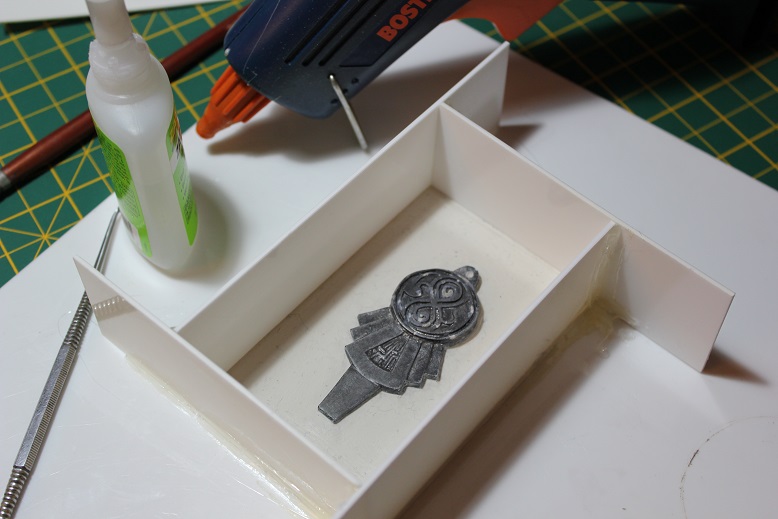 The fragile (thin resin) original was clayed up and a box was built around it for a silicone pour to be made. Frankly, it took a long while to pluck up the courage to even do this as one mistake and several thousand pounds worth of tv propage would be lost and destroyed for ever. The pressure to get this right was in full force.

Engaging and entering full on Brown Alert as the key was given a silicone bath. Oddly, time seemed to slow down at this point. 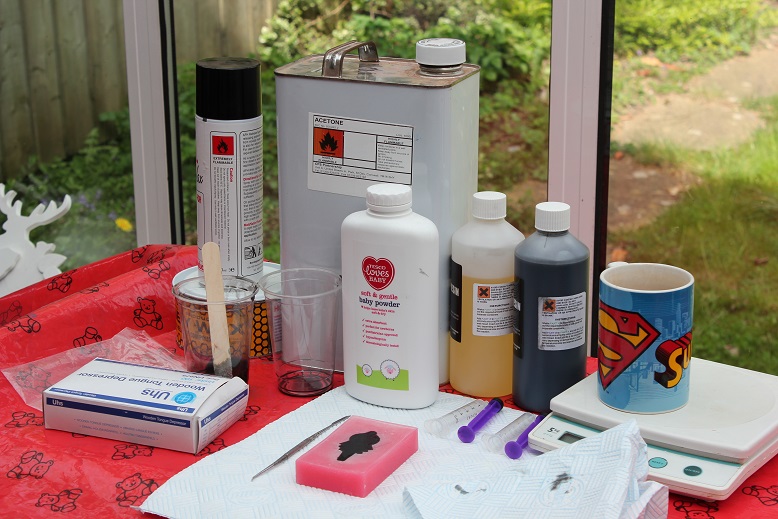 For this simple job, it actually took a lot of materials... and copious amounts of tea! The resin used to create the copy is polyurethane. 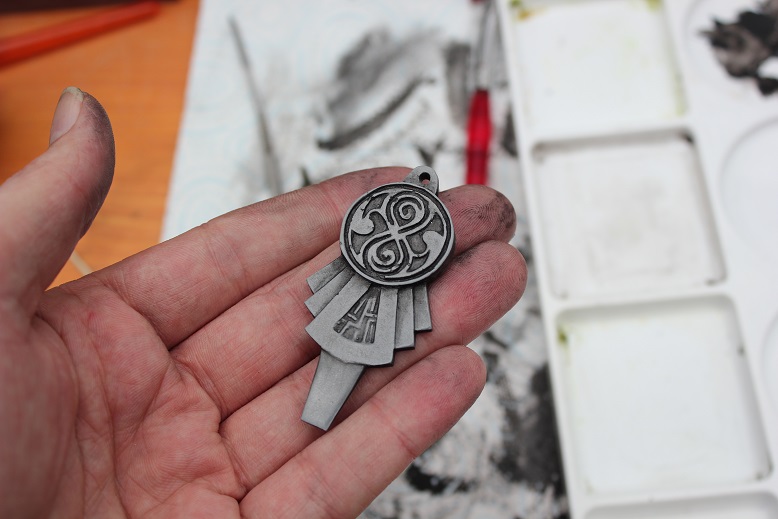 With a bit of grate polish and some acrylic weathering, it was a near identical match to the original - in fact I had to keep them apart so that I wouldn't confuse which was which. 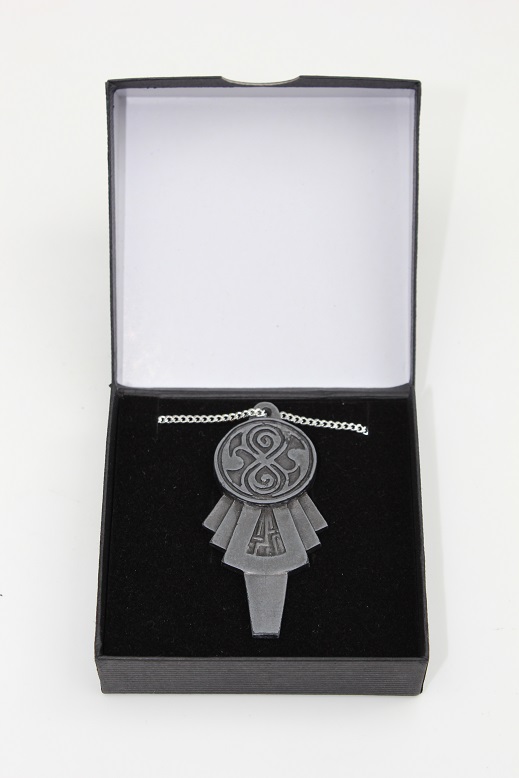 Some years after I made the duplicate for the client, I made another as a gift for someone special. 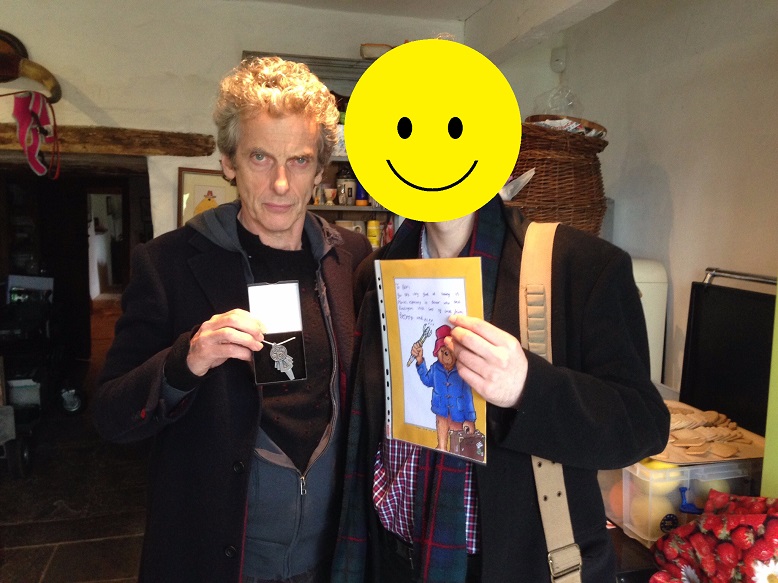 Peter Capaldi (the 12th Doctor) was filming at my friend's house for one of the episodes from his second season. I thought it would be nice to gift him the key, what with him being a life long fan of the show. Despite the look on his face, he was actually extremely pleased to receive this gift and cooed at it for quite some time, even to the point that he missed his lunch call and I had to insist that he head off and take his break.

Here's a more detailed explanation, a video talking about how the BBC original was made, followed by my process of duplicating it.

RPF PREMIUM MEMBER
Awesome. It goes no screen time (a couple of seconds in Ghostlight) but I've always been obsessed with this prop. Excellent work!!!

Thanks - and yes, a fleeting appearance, but there's a mystique about it which is why I like it too.

He was a very nice guy. Quite quiet, really - but a top bloke. I am forever grateful that I was a bit warm that day and so took my hoodie off just before the meet up as it could have looked like I was cosplaying him, despite the fact that at the time, his new look hadn't debuted yet. It was just a coincidence, but I like to think he was cosplaying me.

This turned out beautifully, I can see what you mean about having to keep the finished pieces separate to avoid mixing them up! What a relief it must've been to pop the original out of the mold safe and sound.

KOMakesThings said:
This turned out beautifully, I can see what you mean about having to keep the finished pieces separate to avoid mixing them up! What a relief it must've been to pop the original out of the mold safe and sound.
Click to expand...

Thanks very much. Yes, it was quite the relief really.

I worked up a free STL and added to my thread. Not anywhere near as accurate as your gorgeous key, but people can download it, and print it for free.

I worked up a free STL and added to my thread. Not anywhere near as accurate as your gorgeous key, but people can download it, and print it for free.
Click to expand...

If you want (or need) any more info on the key to improve (and I use that term with the greatest of respect) your key, then I'd be happy to help.

Gotta love how even when he's out of character, Capaldi manages to look very 'doctor-y' in every photo he's in.

Love the key by the way, keep up the good work

Now I want to go through old boxes and see if I still have my Spirit of Light Tardis key.