Haven't been on the forums in a very long time, but I'm making a 43" tall cardboard Ratchet in the G1 style, and thought I'd share some of my progress with it!

I briefly was taken with the idea of a Kickstarter for a fan-film remake of the 1986 Transformers movie, but with cardboard Transformers, and was increasingly obsessed with it until I rewatched the movie and remembered that even the scale of the first scene in the movie would be utterly insane to try to recreate. BUT I kept thinking about the visuals, and maybe the idea of recreating a scene from the movie, or doing some short mini-series stuff with it, and made a Soundwave bust as a test to see whether or not a straight G1 treatment, with no added complexities or ornamentation could look good in real life. 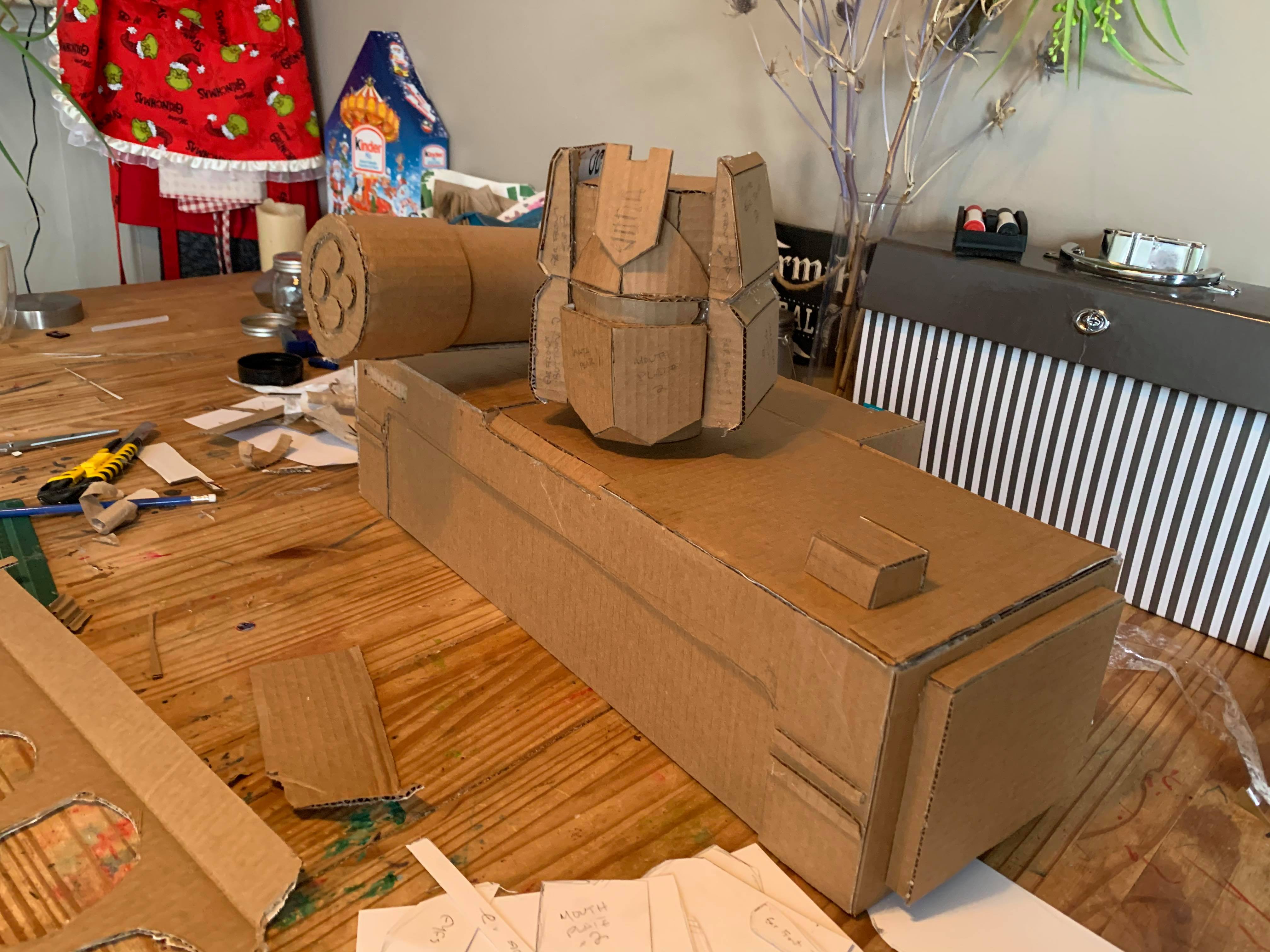 This quickie bust looked cool enough that I wanted to see what a full-body version would look like, and I decided to make Ratchet. This is what he looks like currently: 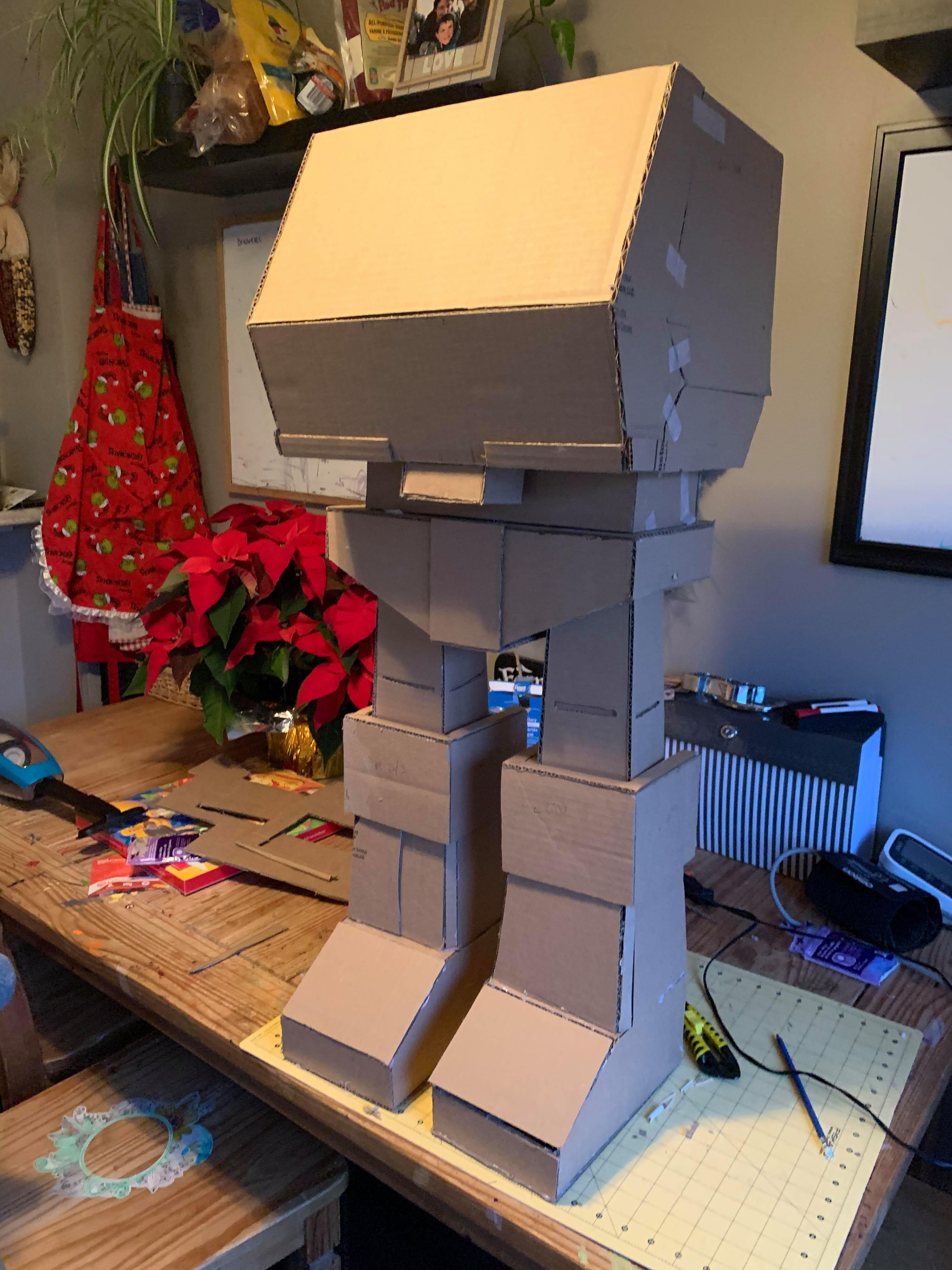 The legs lost a bit of height due to some overlap I hadn't accounted for, but this is basically a fact-finding mission, and it's looking pretty fun!

I'm still figuring a lot of it out, like the hands and head: not sure if they'll be cardboard, or thinner cardstock, or something else entirely that gets wrapped in a Kraft paper. I'm also not sure what type of finish will work: I'd love to make it look like it's made of metal, but the cardboard itself has a very nice aesthetic to it, and I imagine if I just painted it, it would look wrong. There will be multiple tests for this.

Anyway, just wanted to share my very rough WIP: love to hear what everybody thinks!