I've been working on this Captain Marvel pager for a few weeks now and initially used the STL from thingiverse. I later decided that it wasn't very accurate, so I used it as a base and created my own STL for the pager. I also had to build it around the dimensions to fit the electronics inside. This isn't completely screen accurate but it's as close as you can get with the available electronic hardware.
I posted the progress over over on Facebook.com/CandeeCosplay. It features a fully functional screen, USB micro port for charging, USB mini port for programming and a hidden power switch.

I will also be posting a video here soon, but it works exactly the same as the one in the movie. The programming took forever because I had to draw the logo by hand using XY coordinates in the Arduino software instead of just loading a bmp from an SD card (SD card wouldn't fit). 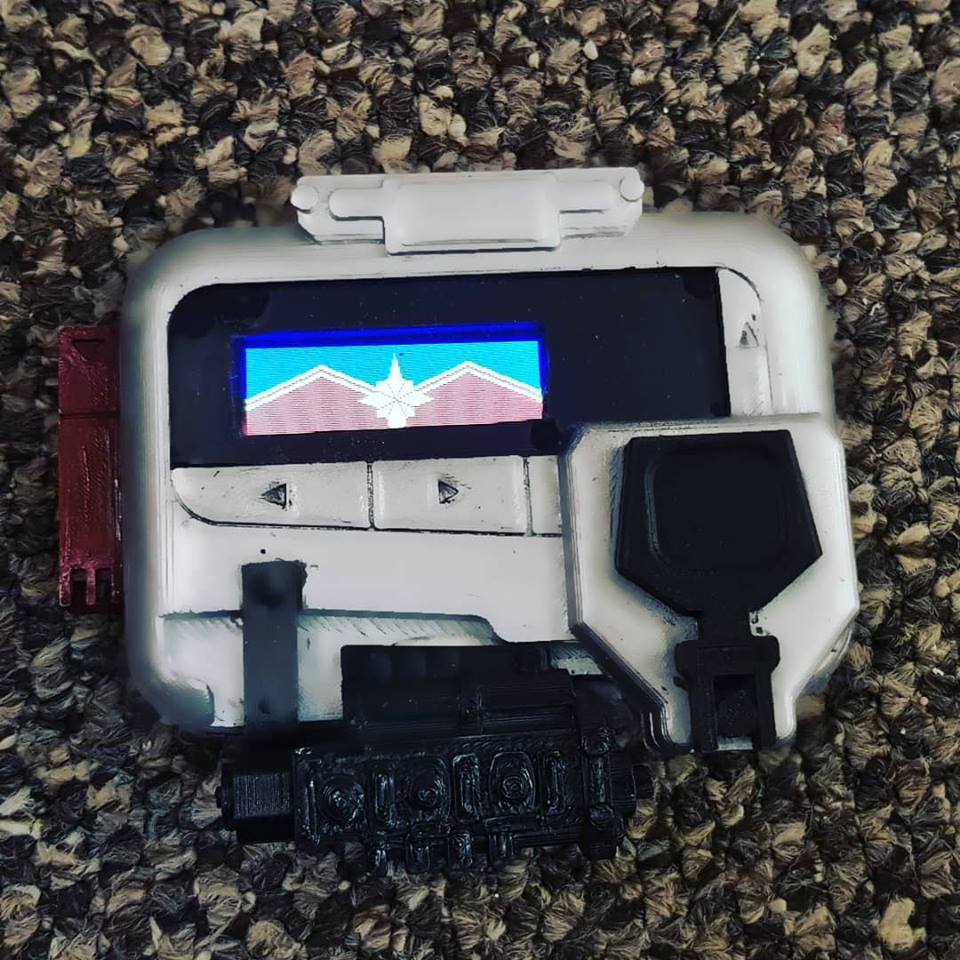 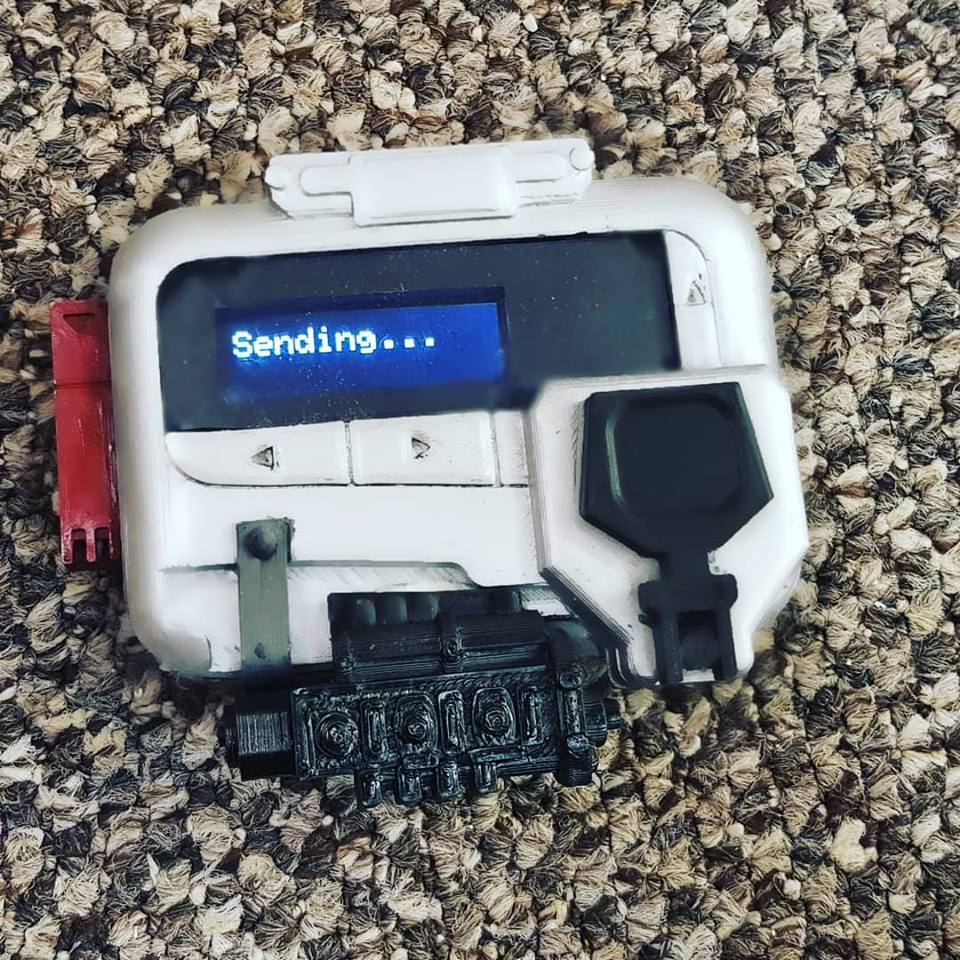 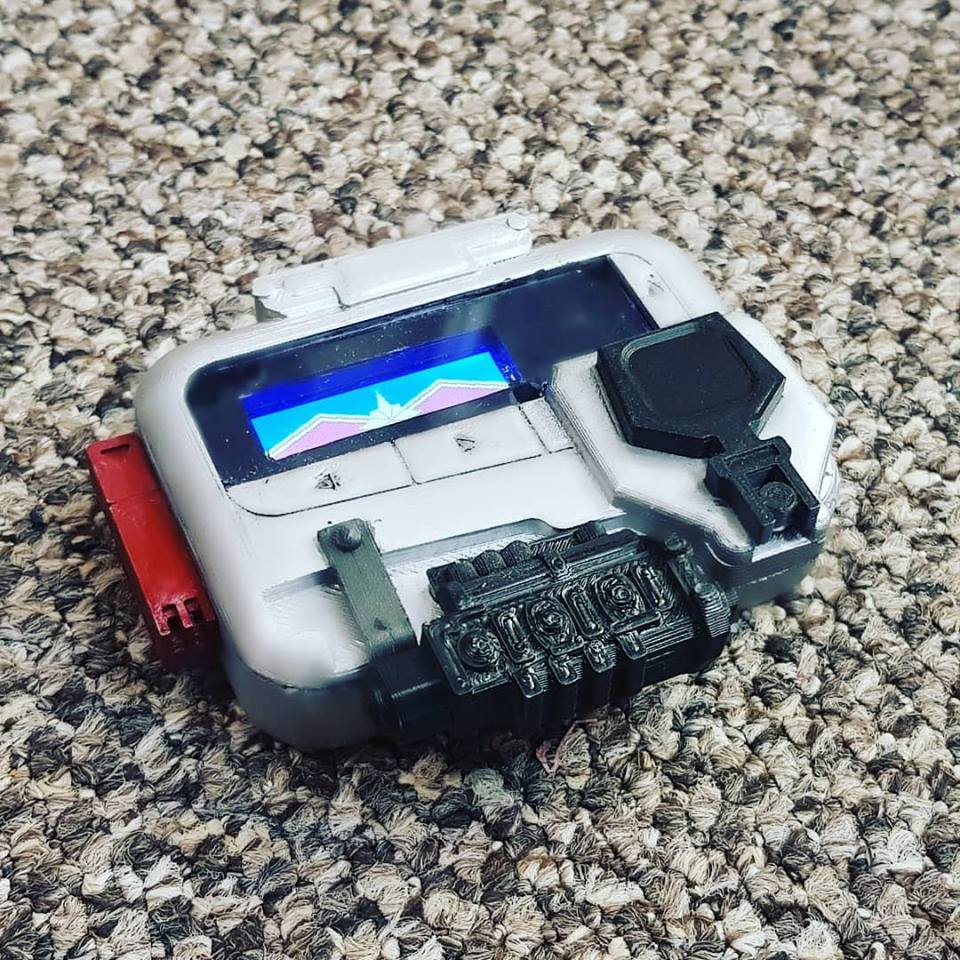 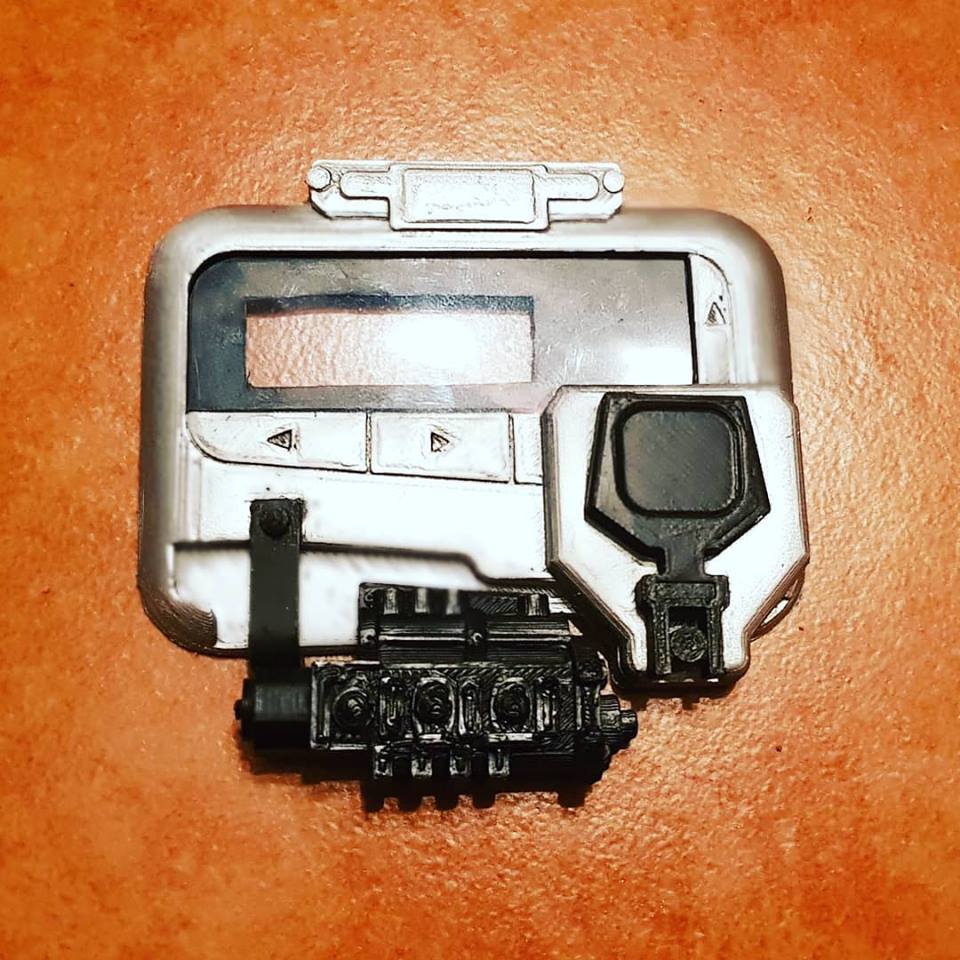 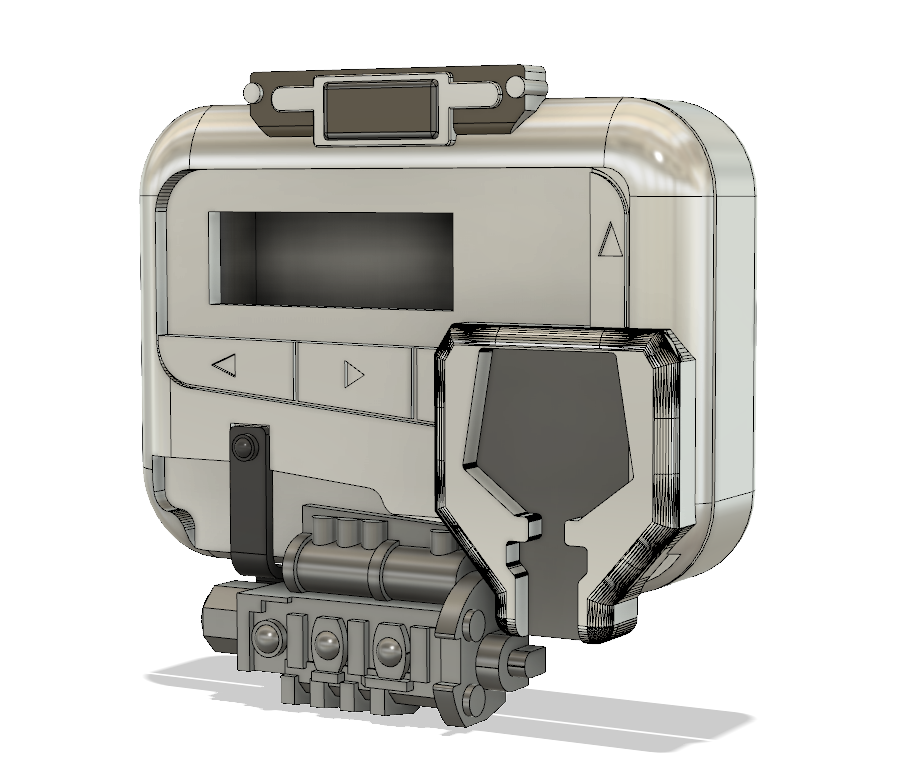 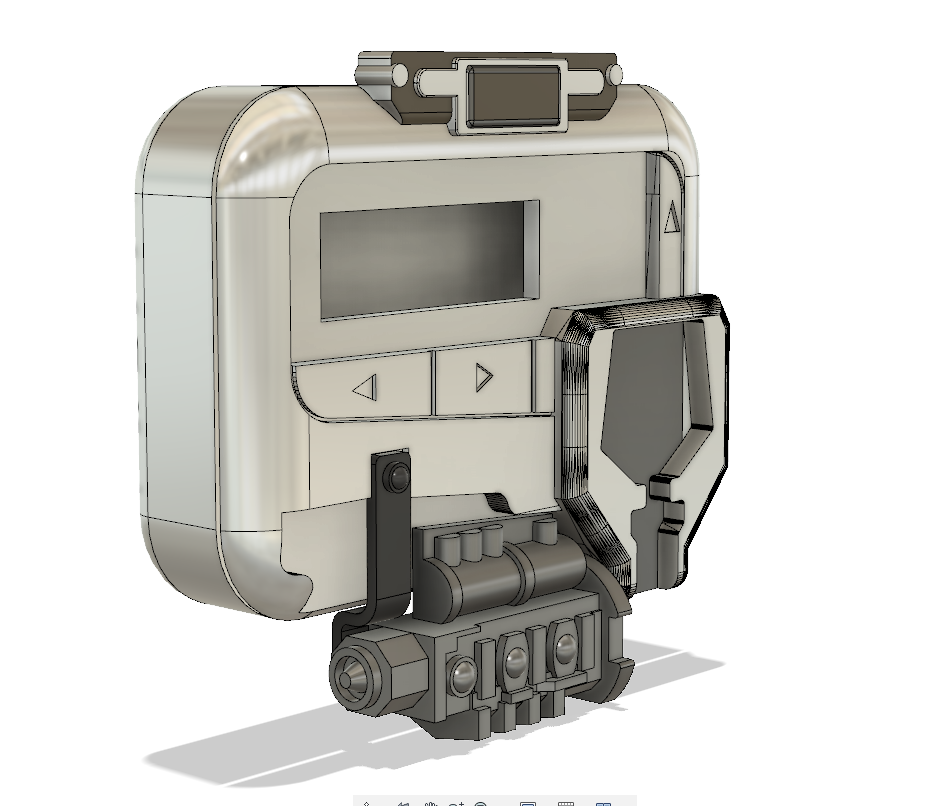 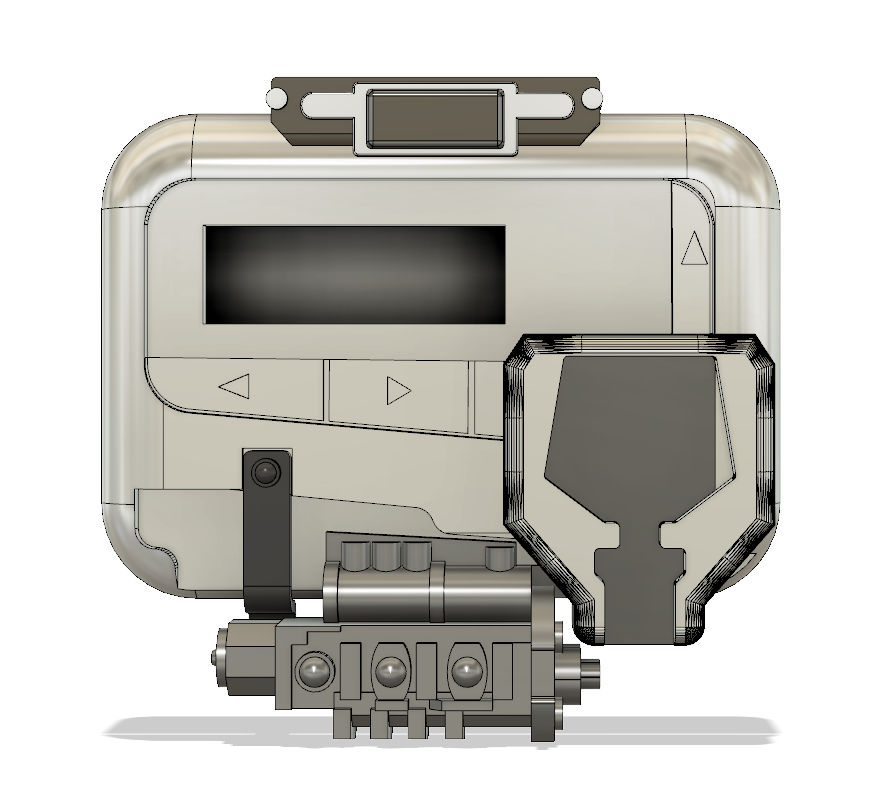 I added the Fantastic 4 logo to it in response to a comment made by Kevin Smith on his podcast.

and here is the final animation. I will also be adding the beeping sound, and the red flashing light...