I have been working on a Captain Barbossa costume for 2 years. I have collected a lot of reference materials and identified sources and makers for different parts of the costume. I would like to post all these materials as resources for other cosplayers doing Captain Barbossa. The challenge is that there is a lot of pictures etc. Probably about 400 MB of files. I have created PDFs for specific parts of the costume like the vest, coat, etc. Any recos on a means of posting all this info? I would prefer not to build and maintain a dedicated website for it.

Thanks for your assistance. 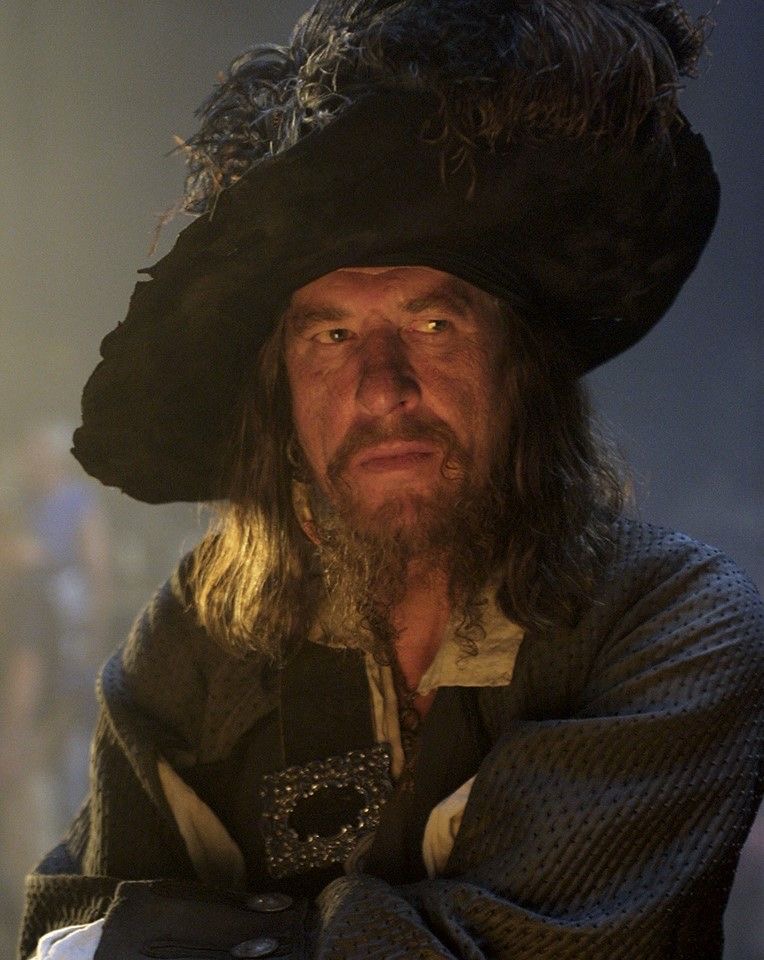 RPF PREMIUM MEMBER
One thing to be aware of- as you probably know- is that his sword belt is a common Scottish-made pattern of "crossbelt" referred to in the old catalogues as "Number 102".

This hardware has been in continuous production since at least the 1920s. It's the most popular pattern for bagpipe bands.

However the details of the style, and the materials the hardware is made from, has changed over the years.

I've seen people use modern #102 hardware for Barbossa which is not correct.

Here are two sets of #102 hardware I used to own. The set on the left is a modern ugly chrome-plated set, the set on the right is a c1930 solid German Silver set. It's obvious that Barbossa's crossbelt hardware set is from that era. 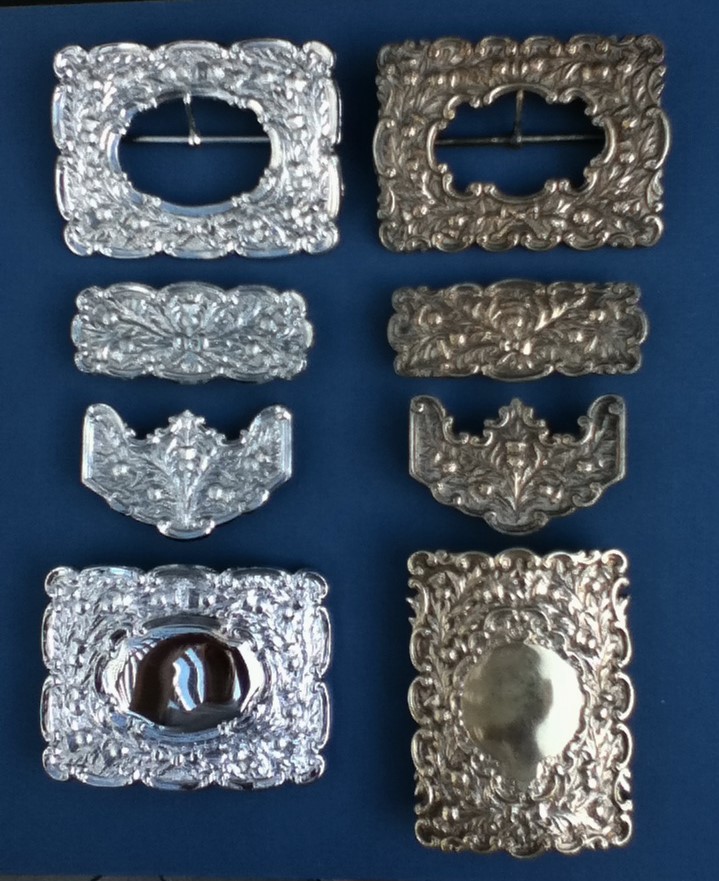 Thank you for the great info on the cross belt. This is the type of info I would like to include in a comprehensive set of resources for each part of the costumes. Is the a place where I can post PDFs with photo reference compilations of each piece of the costum? I have at least 400 MB of files.

I don't know about where to post your reference photos. I know that many people on their costume threads will post links, hopefully somebody who is more tech-oriented than myself can chime in.

That crossbelt hardware consists of three pieces, from highest to lowest when worn: 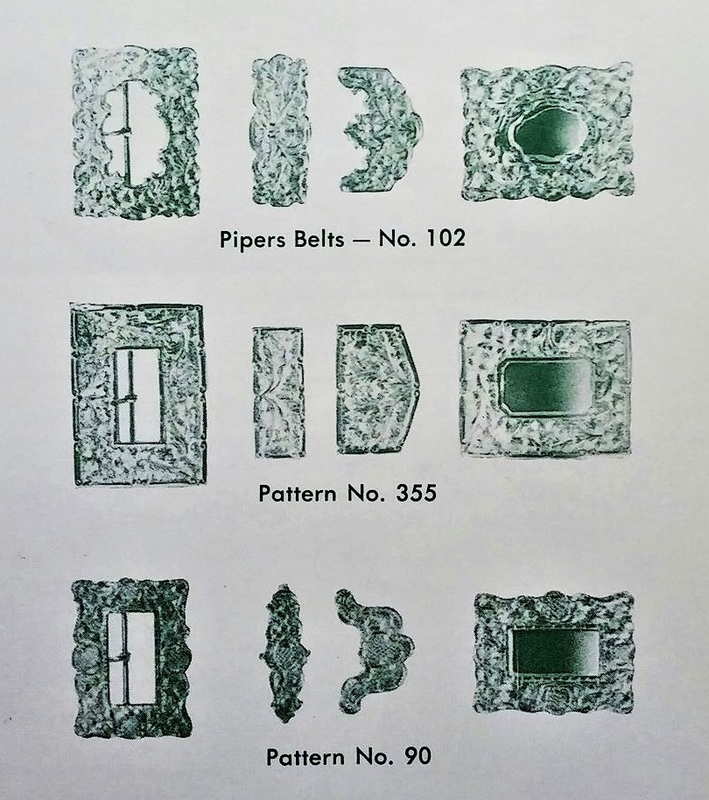 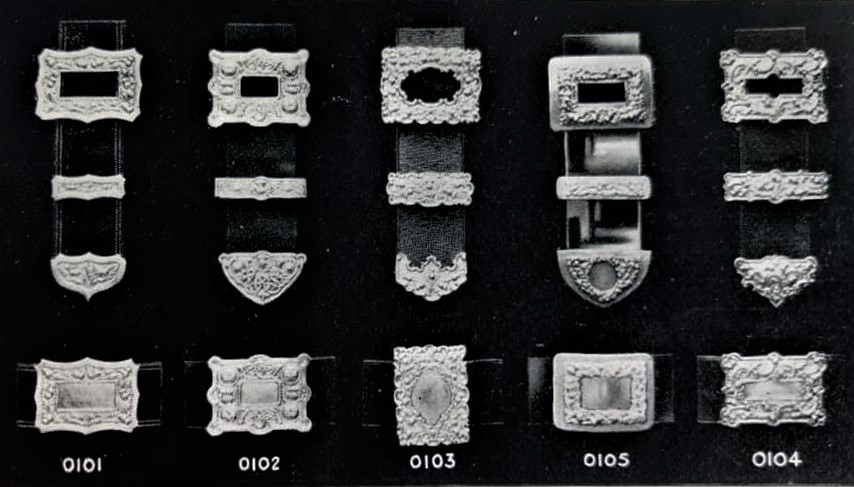 How these buckles are intended to be worn, on a piper's crossbelt, here by the Pipe Major of the Royal Highland Regiment (The Black Watch) 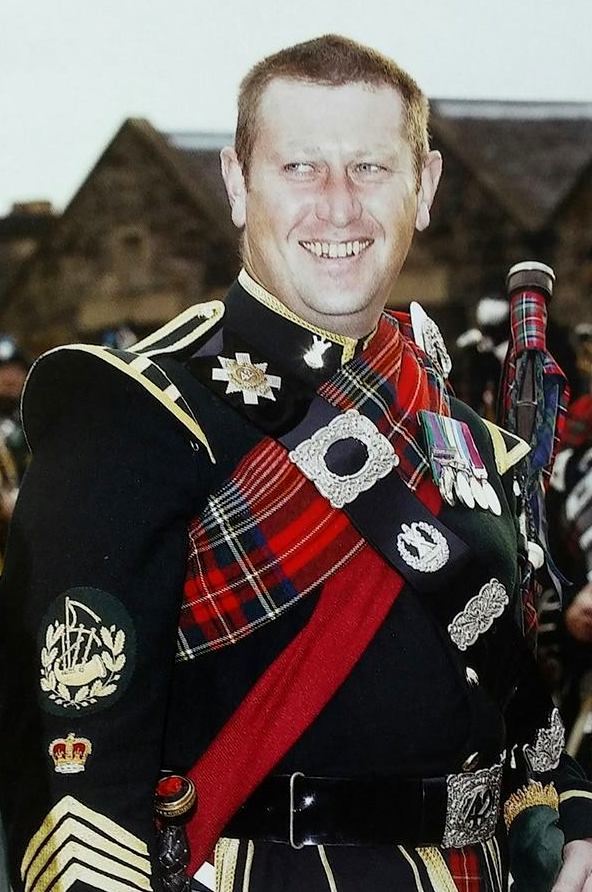 Yesterday at 6:02 AM
Uridium