Just like to share with you all some Pic's and a funny Video from C4 Central Canada Comic Con 2010 in Winnipeg. Me my parents and my cousin drove from Thunder Bay Ontario to Winnipeg on Friday. I was in my suit all day Saturday then we drove back Sunday.

Saturday after the show we all went to a meet and greet dinner which was cool. Strange there were only 5 VIP passes sold for the event and we had 4 of them . I gess $250.00 per person had something to do with it . Got to see Rebecca Staab. She was one of the celebrity guests there. she just so happens to sit at our table. After we all had a great dinner we went for drinks at the bar in the hotel we were at. 2:00am later we finally left. they were closing the bar for the night so we had to leave. She was very nice and down to earth. And she was glad she came to our table. which was a nice comment. It was a fun night and yeah i had to get a pic with her.

Total hours in suit 9. which is nothing compared to some other members here I'm shur. We all walked from the hotel to the convention centre, it took about 10-15 min. Good thing is wasn’t to cold out, like it would make a difference to me anyway ha ha. It was quite nice. In the video you cant tell but I’m LMAO at the two kids. 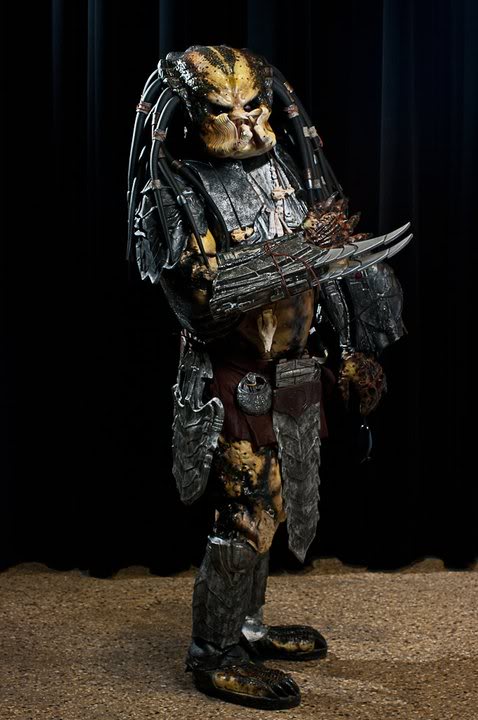 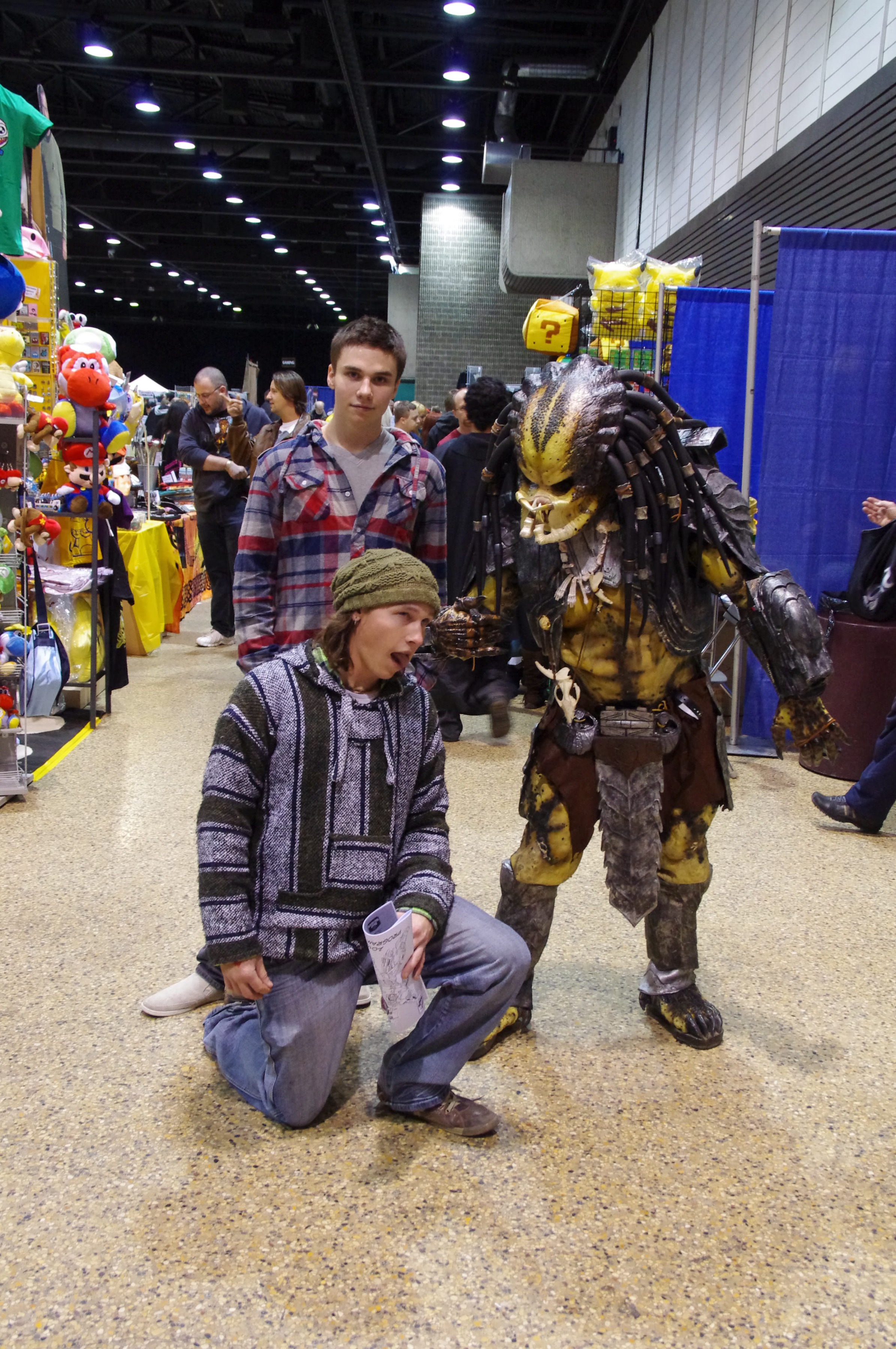 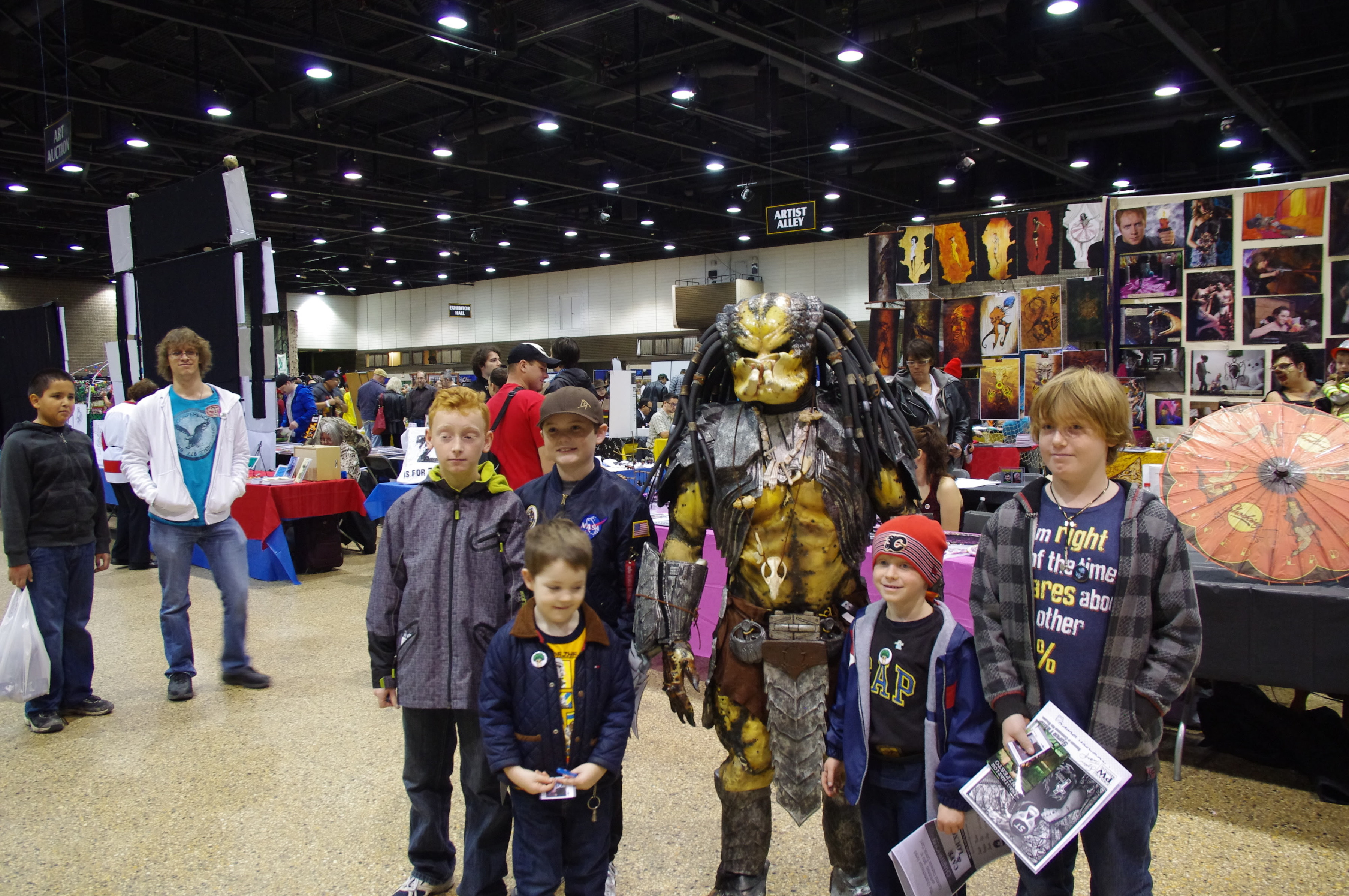 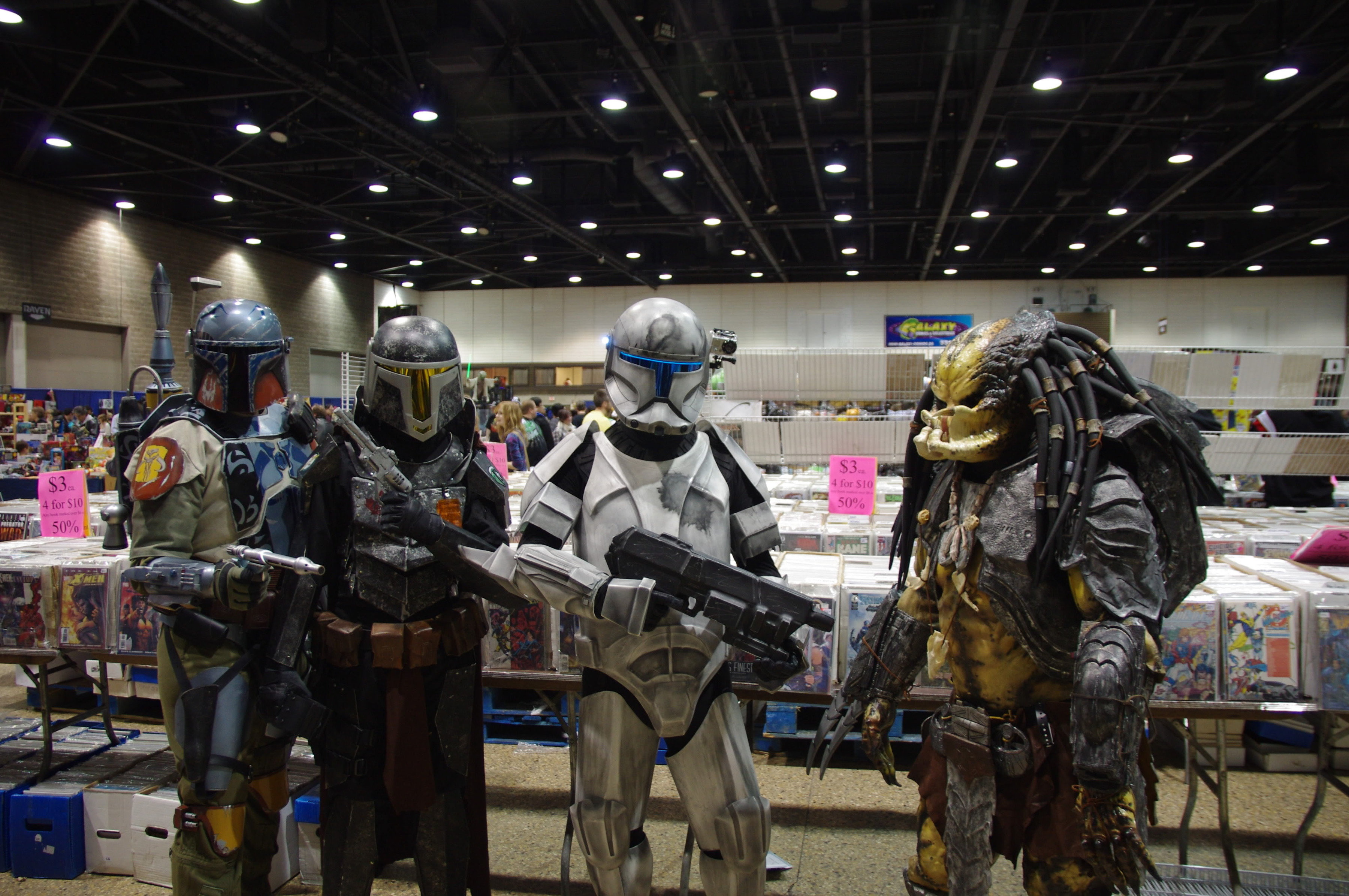 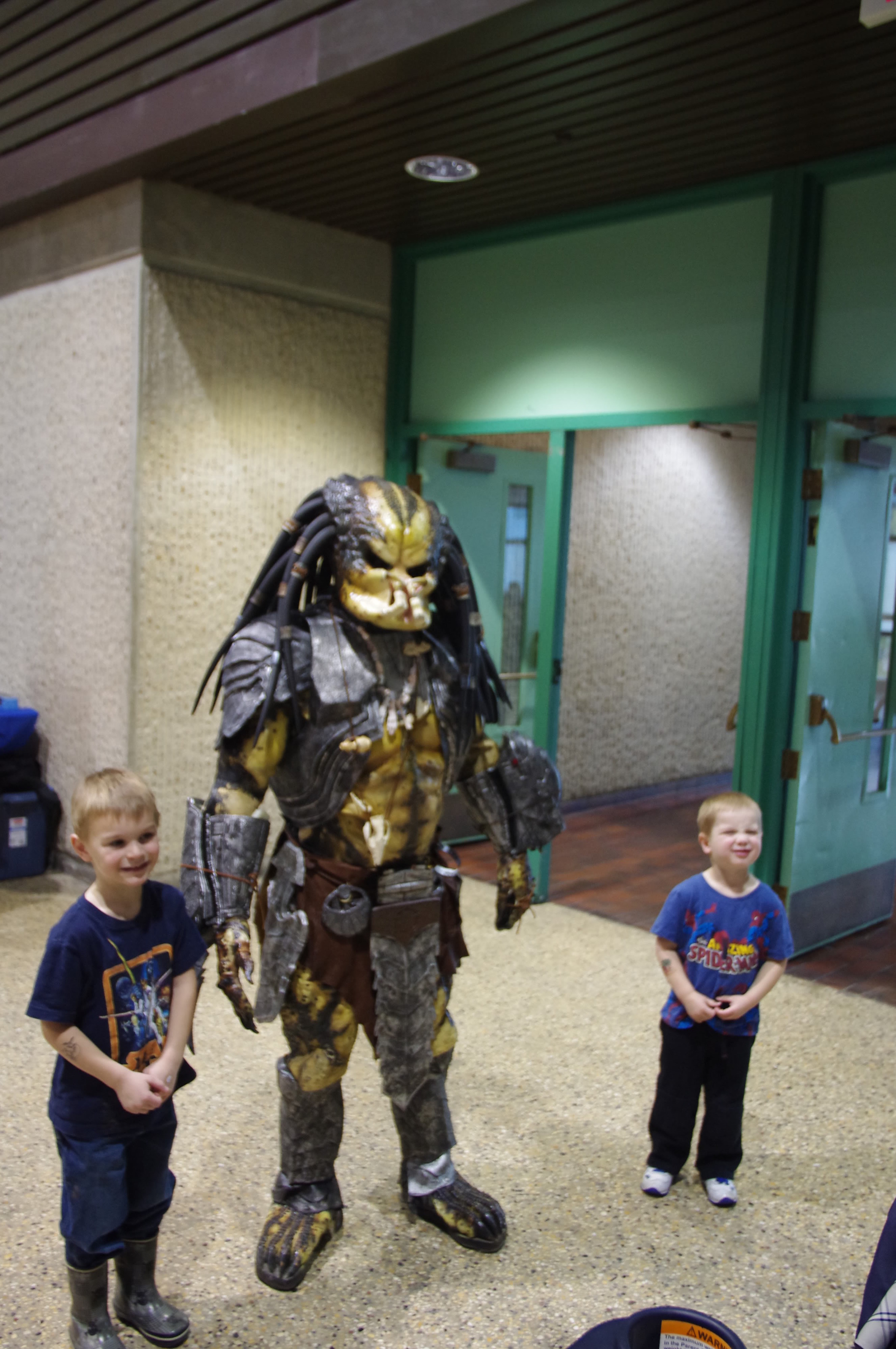 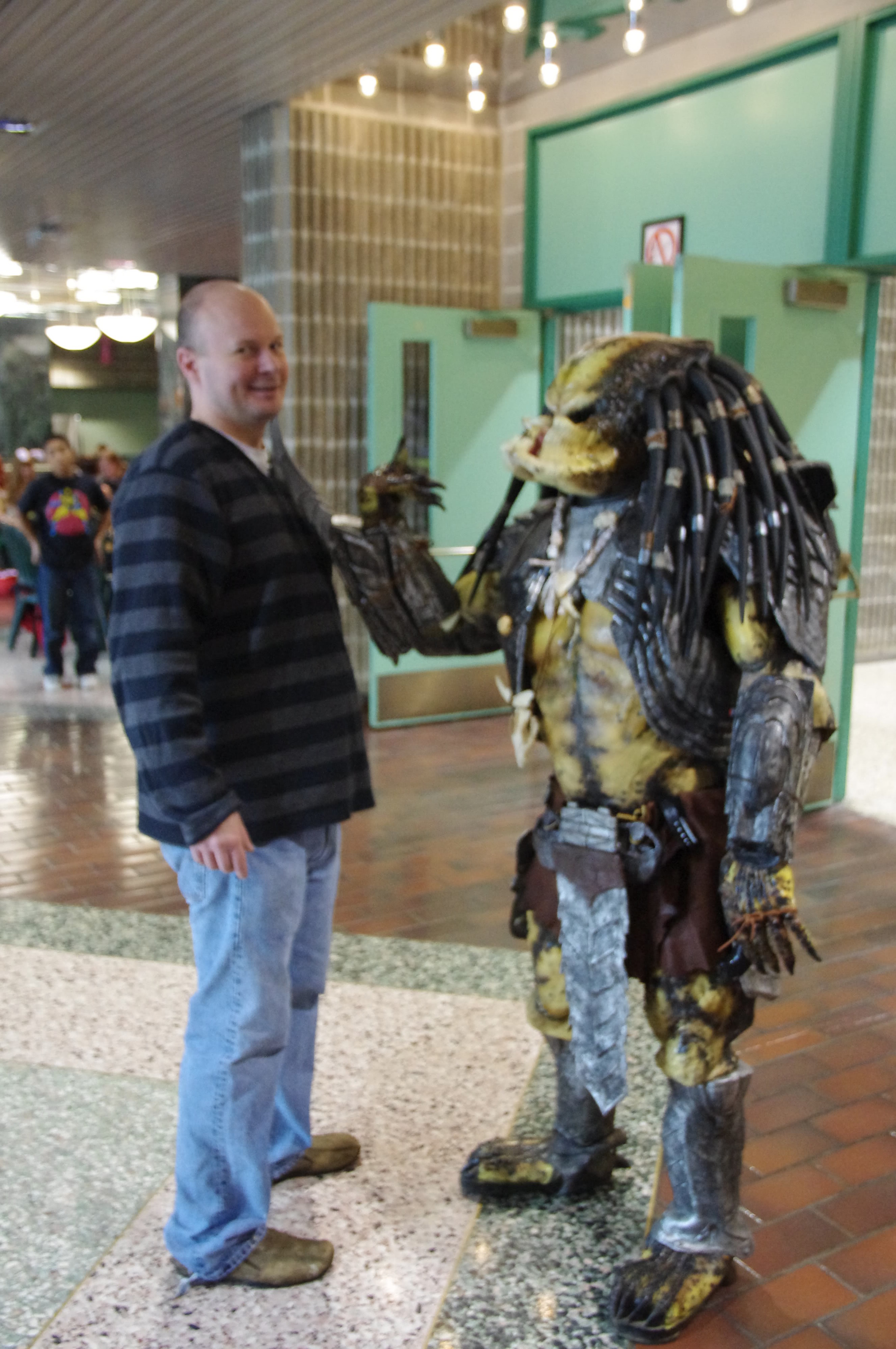 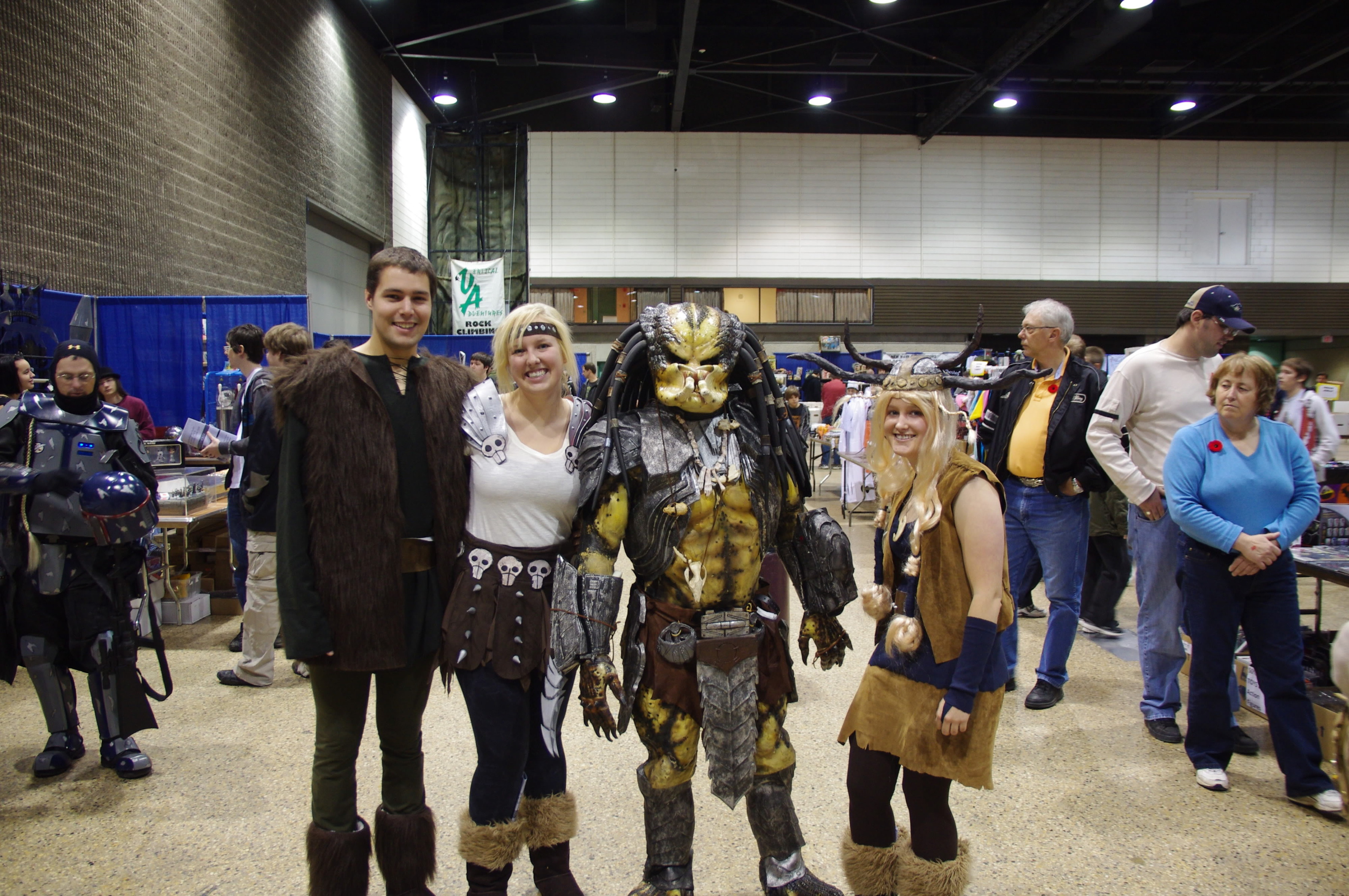 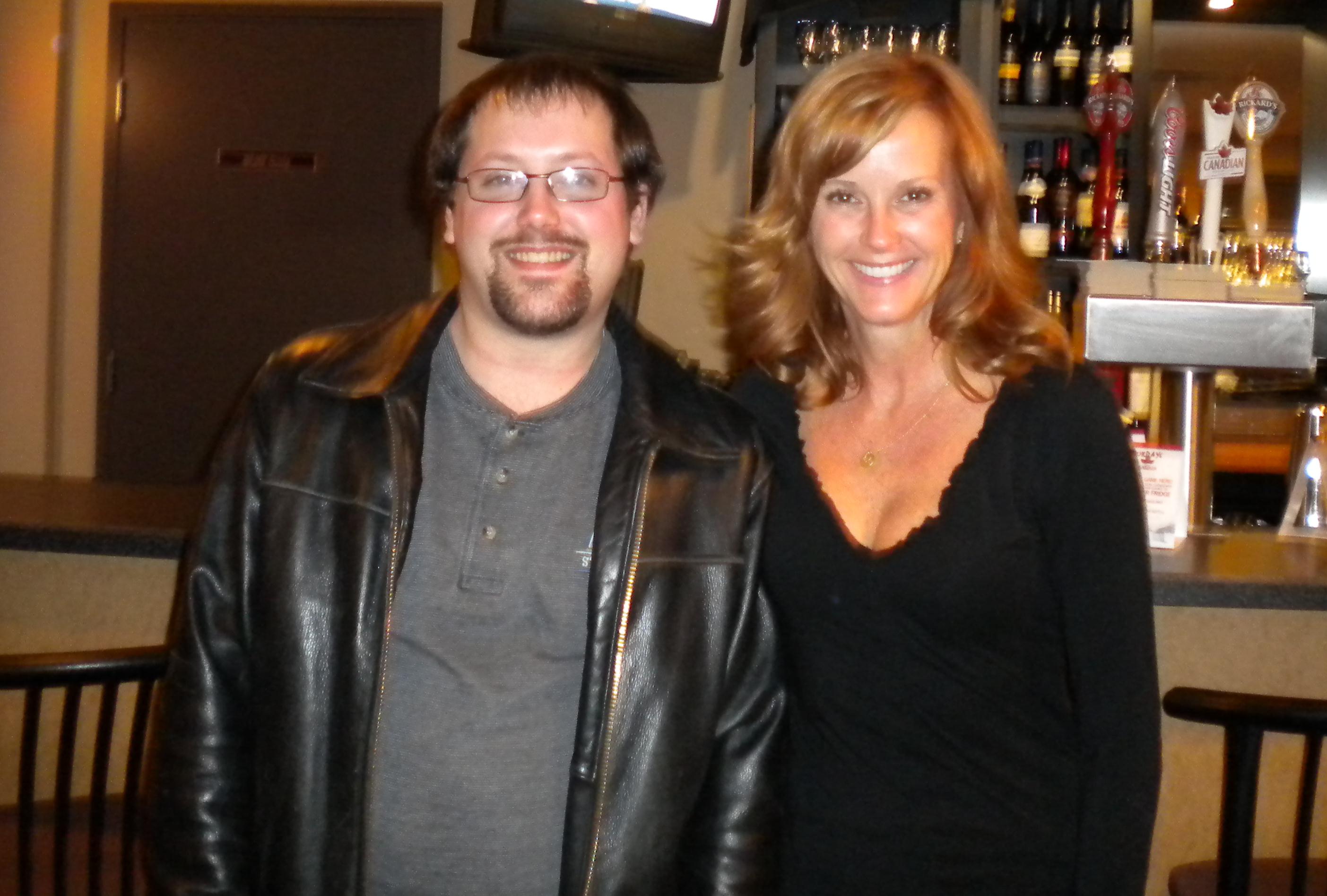 Glad that you had fun in your suit man. Lets us see if you can make it to the SDCC?

Guan-thwei said:
Glad that you had fun in your suit man. Lets us see if you can make it to the SDCC?
Click to expand...

But Toronto Comic Con is this March and i will be going to that one.

Cool looking suit D! Even the roar effect was cool & hilarious with that kid's reaction ( how'd you do that? ). See you and a few of the others at Toronto Comic Con, will be there Saturday, hopefully with my Lair shirt ( still waiting on it ).

I'll see you there

as for the sound i will be updating my thread on that soon
http://www.thehunterslair.com/index.php?showtopic=16852
A

Awesome suit you got there! It'd look even better with a bio to go along with it

Awesome pics David Toronto should be a little busier ! Can't wait to see your suit in person
cheers
Rhonda

Thanks everyone for all the support. This one being only my second con im still a bit of a noobie hahaha

i still had a blast and cant wait for the next one.

not to knock others who suit up as their favorite characters and not to sound bias but yours has got to be hands down the best suit there. I haven't seen anyone else; comic con or fan expo with a pred suit. and as for being a "noobie", hey everyone was at one point or another.