My name is not important, but my research on this unknown creature is. It goes by many names.. but here in the lab, of this government facility we've learned to call it, a PREDATOR.
It's an unknown species of hostile hunters from a different planet. It's kind has visited our planet in search of prey for unknown reasons in animal rituals or perhaps it comes to hunt us for sport. We do not know..
My research on its first kind was a primitive hunter. Which I have called it "the Texas predator" also known as "the head HUNTER" was an amateur in its design. Flawed and careless it's skin was made of DUCT TAPE and spray paint. It's armor was made of foam boards and hot glue. It was bulky and heavy the skin of this creature would crack and flake under pressure leaving trails of its whereabouts from its flakey skin. Until suddenly after Halloween 2018 it disappeared..
Our Intel reports that a second coming of its kind is to reappear perhaps an upgraded version of the first, or MAYBE it's a different PREDATOR..
We do not know-

Stay informed as I give you further updates about this hostile hunter being called, THE TEXAS PREDATOR..

P.S.-- call your U.S.government for any sightings and DO NOT attempt to capture or KILL this extremely dangerous creature... because it's a F***ing alien. 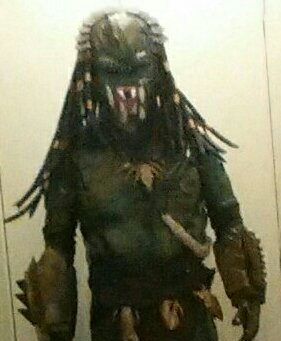 Something was found somewhere in the southern borders of TEXAS.. Our research team discovered possible evidence that a PREDATOR has been camping in the dry heated terrain of southern Texas.
Our research team believes it may belong to the head HUNTER named THE TEXAS PREDATOR.. 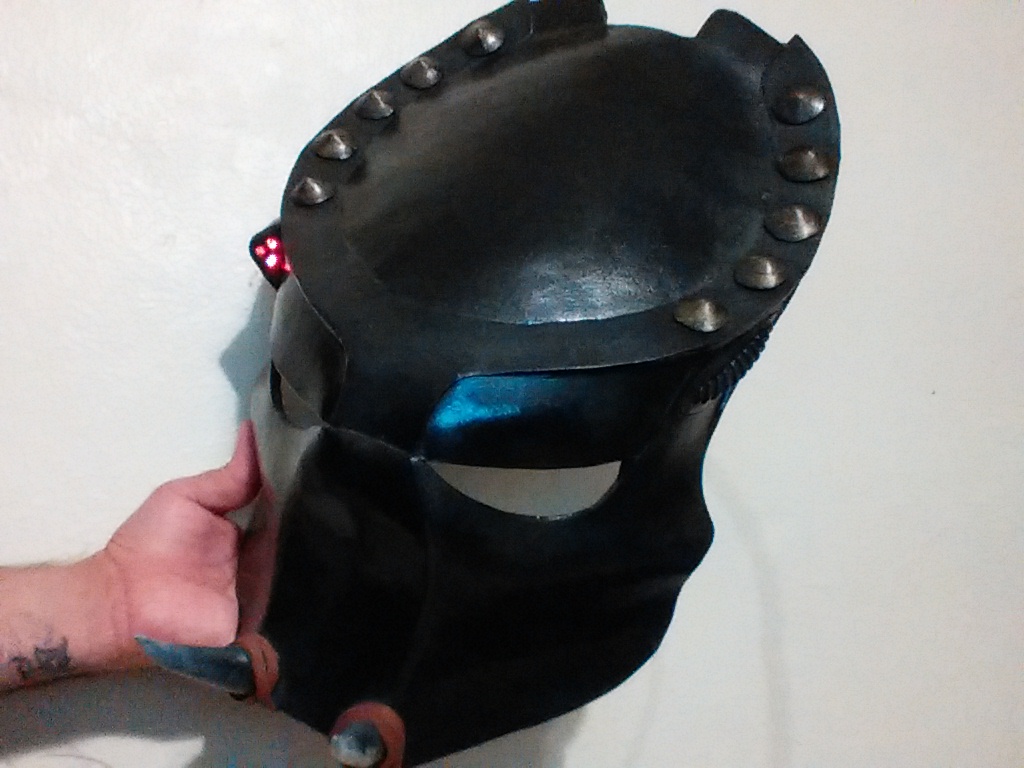 Exhibit A - The bio helmet/mask

Our studies show that this was worn by the TEXAS PREDATOR at one point or another. The material is made up of some kind of alien technology still under observation. 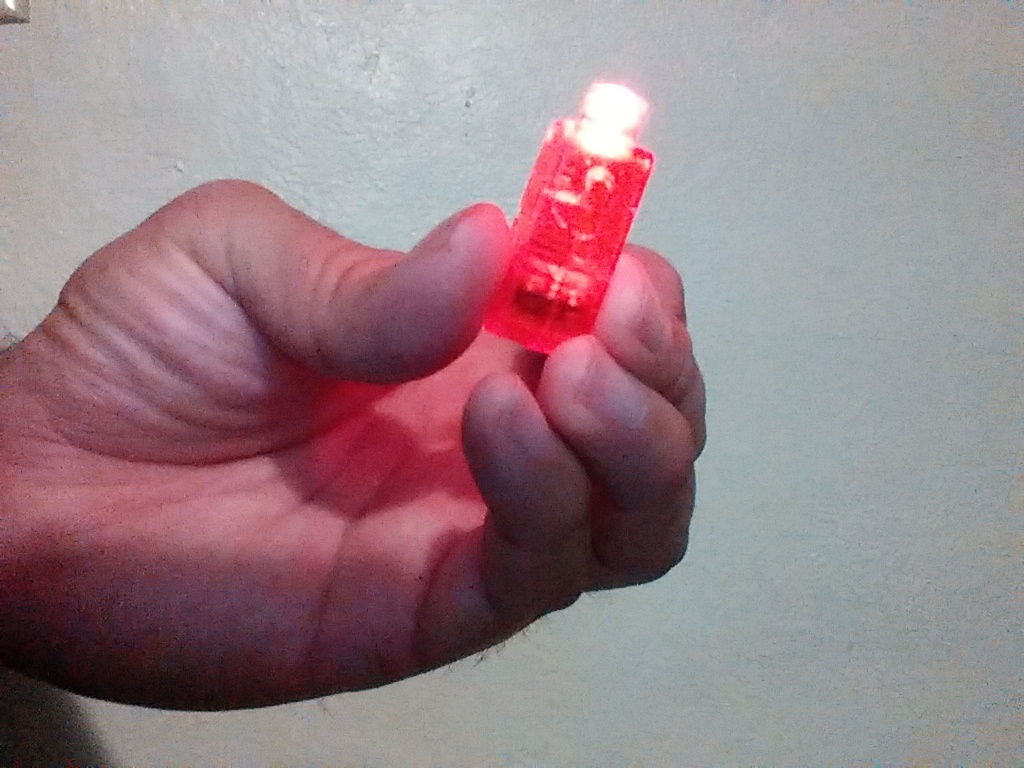 Within the inside of this bio helmet a small red mechanism was located inside a side latch.. perhaps a source of tracking its prey.
This discovery truly concludes alien life is among us and is here to STAY.
Our scientists will be working on this PREDATOR technology for hours as we gather more information on the whereabouts of this unknown PREDATOR.. 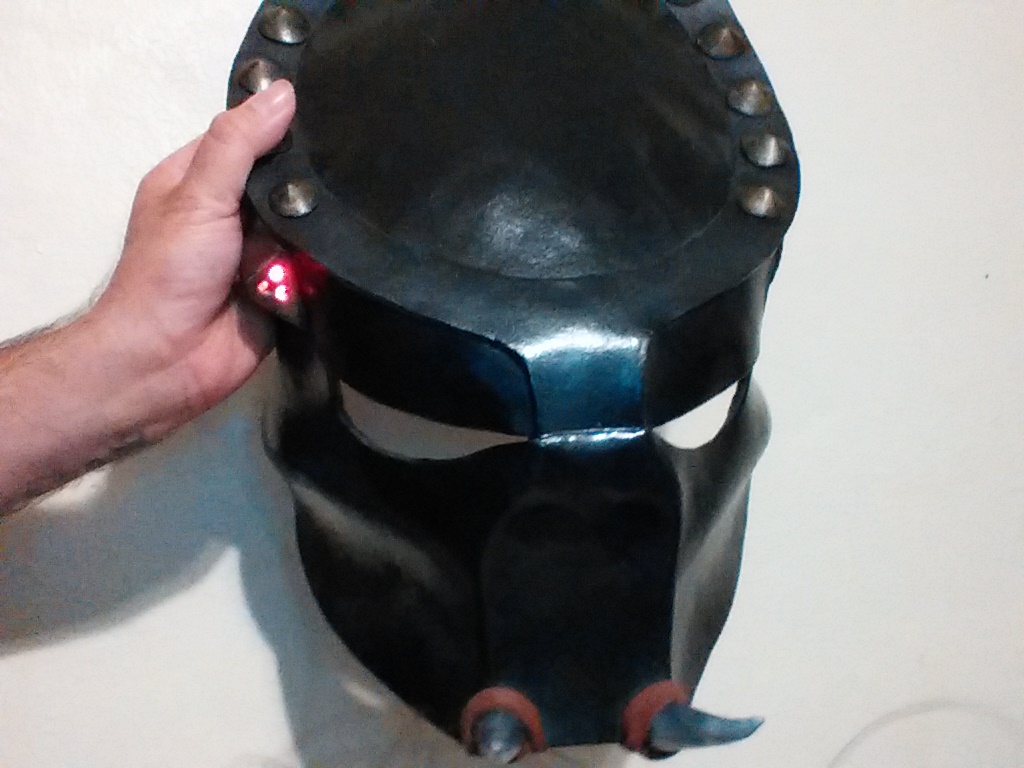 Our researchers confirmed a TEXAS PREDATOR sighting on YouTube! This is definitely a different PREDATOR ladies and gentlemen it's official, this is a different breed of HUNTER. 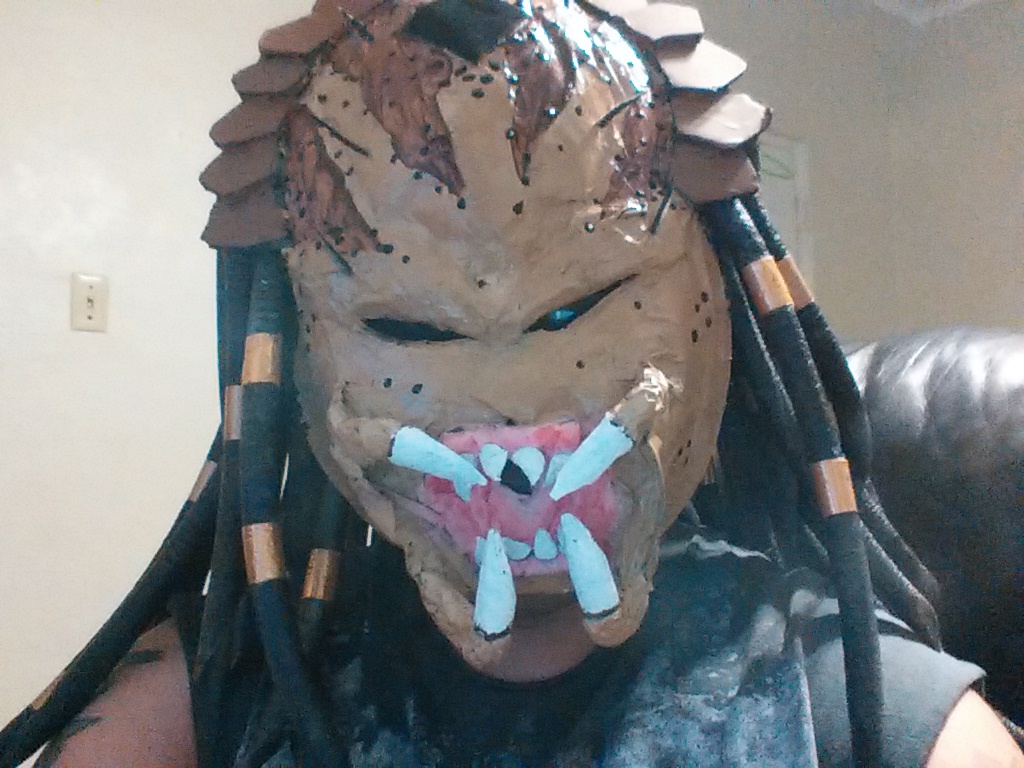 A YouTuber by the name of EVIL PUNISHER RLSV uploaded a video of this NEW breed of HUNTER. Watch at your own discretion. 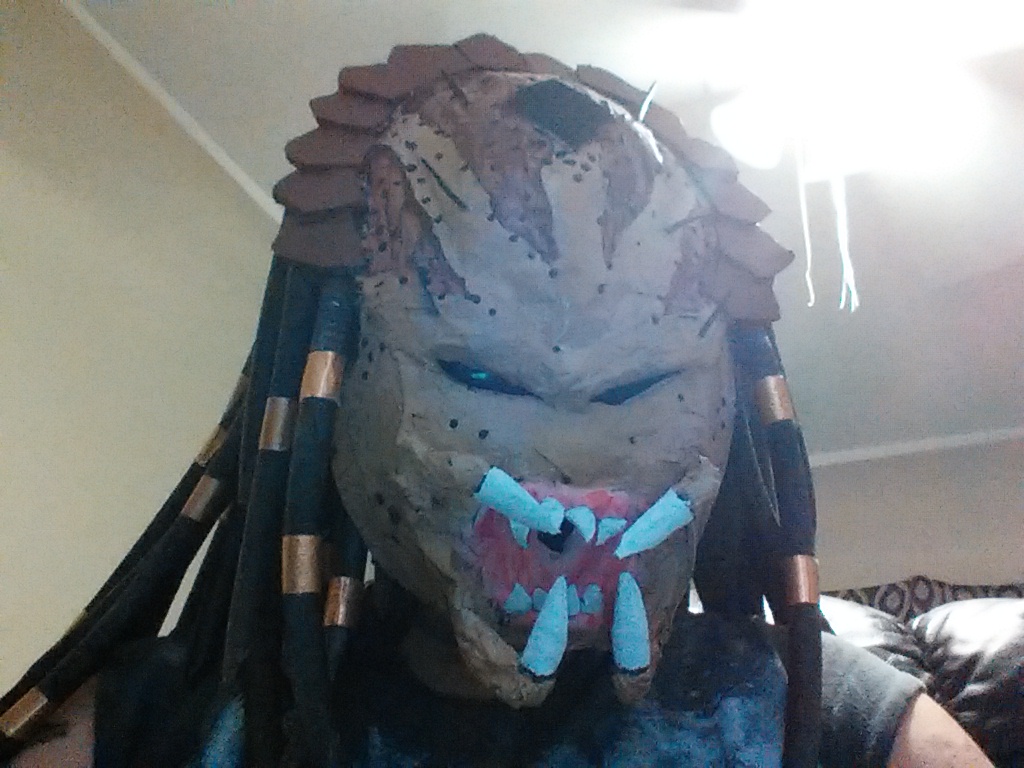 We advice all standard alien protocols be issued as soon as possible! so our lab facility can do further studies on this extremely dangerous creature! 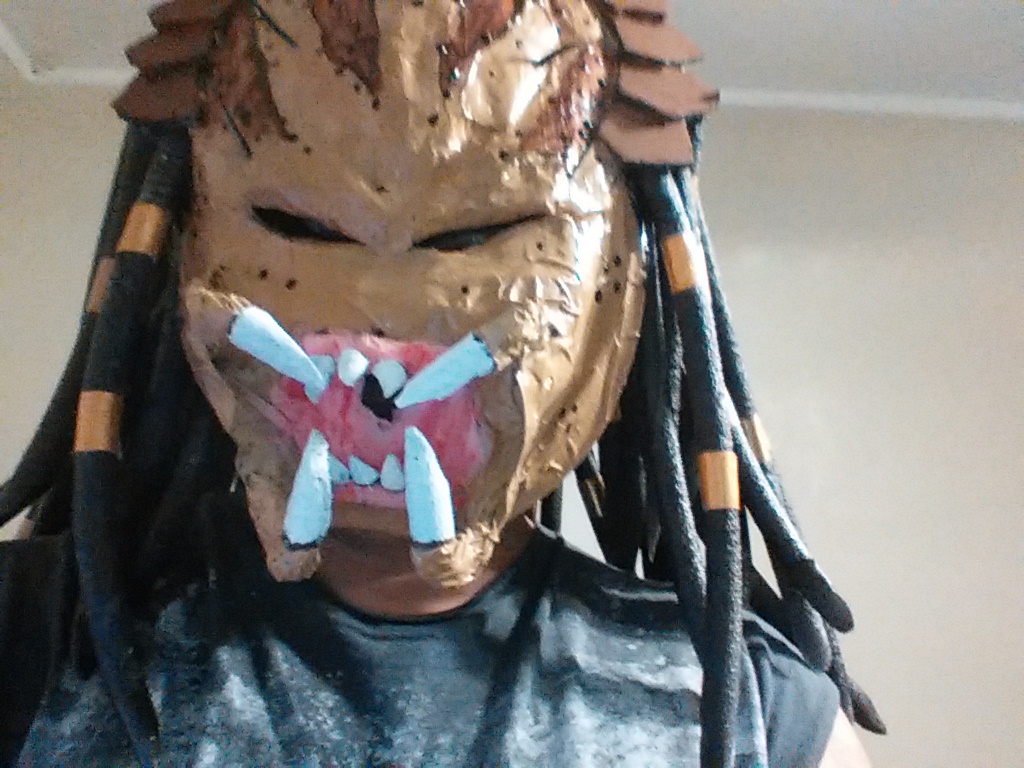 THANX I also saw your post I just didn't know what to say, if your wondering in what type of PREDATOR suit your looking for just ask some of the guys here for ideas. Or watch and read other posts on there SUIT trust me you'll find plenty of AWESOME ideas.

It would seem this NEW hunter is elusive in staying hidden from public eye. After triangulating the undisclosed location of a YouTuber by the name of THE EVIL PUNISHER RLSV. Our government agency seized all alien specie related artifacts he possessed.
Unfortunately we could not retrieve the xenomorph head and facehugger specimen he managed to upload that day in his A.V.P review of props.
Upon his evaluation he told us, that this unknown PREDATOR was a BLOODED HUNTER, meaning the A.V.P. props were trophies and that it took them in order to design an armored suit that celebrated its HUNTER clan, which we do not know anything further of-
Our researchers did get to recover the HUNTERS skull trophy necklace that this PREDATOR left behind. (Refer to photo) 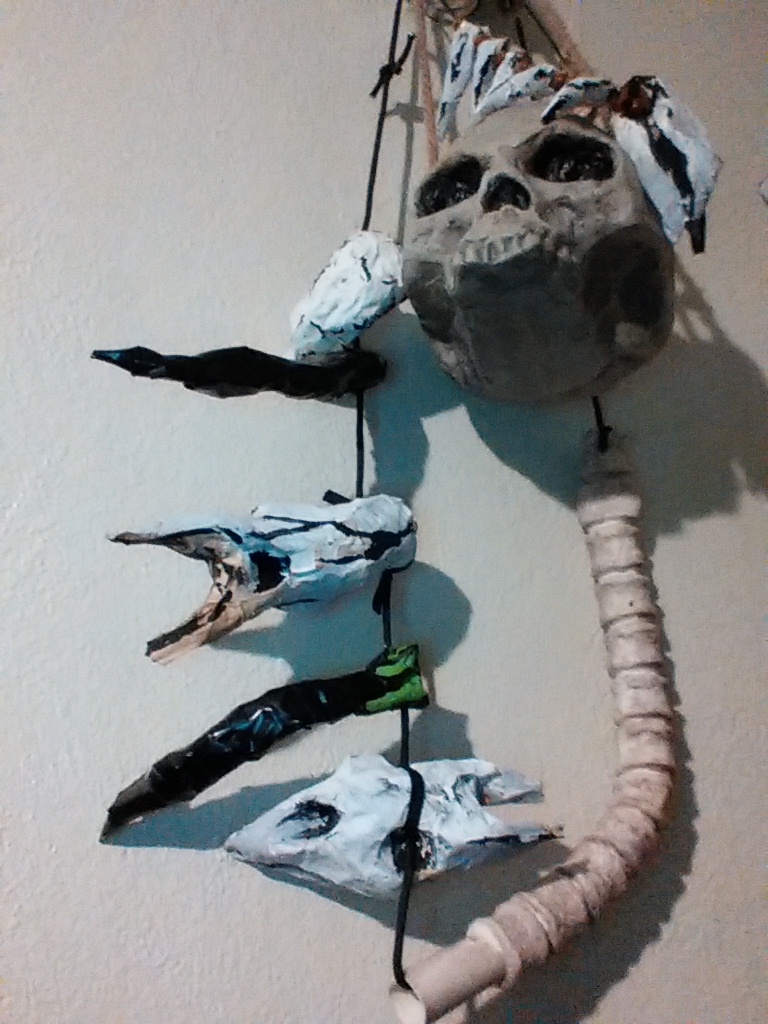 Our scientists are running tests of these tiny skulls to conclude that alien life do exist on other planets. We believe we are getting closer to capturing this PREDATOR creature. We can only hope that THE EVIL PUNISHER continues to upload more videos of this BLOODED HUNTER calling itself THE TEXAS PREDATOR.

After close observation on the residence of the EVIL PUNISHER. Our team discovered an odd and strange entity enter the home.. We could not pin point what it was. And after a few hours this video appeared on YouTube. 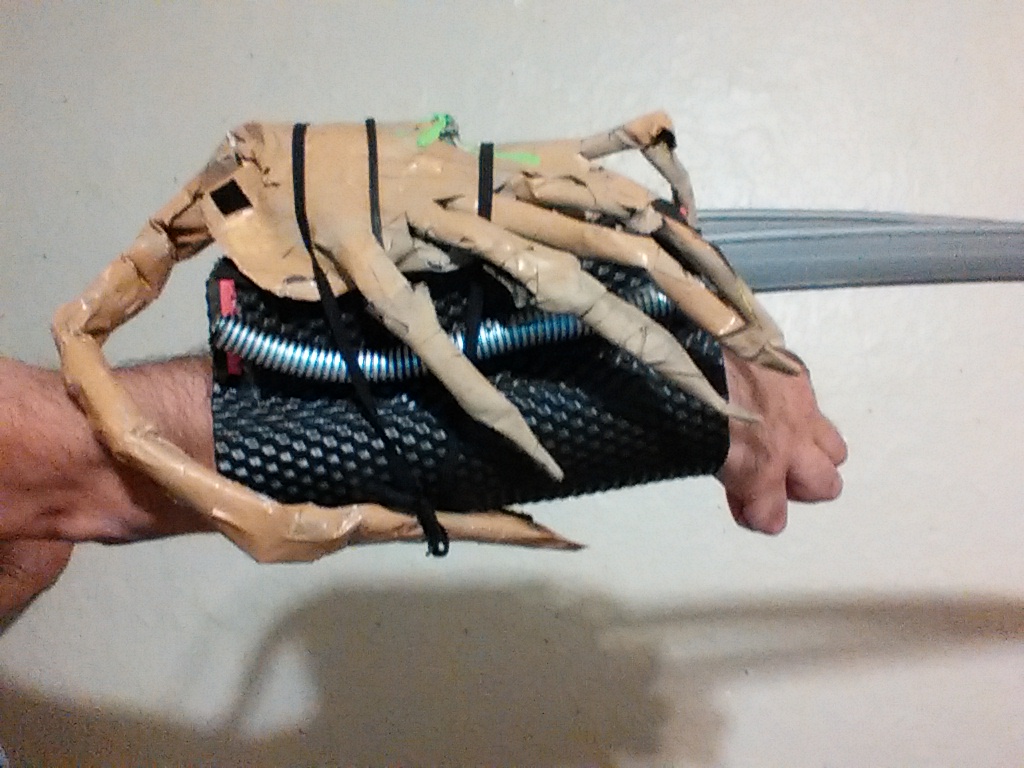 Video not shown. (Photo evidence of an alien specimen.)

It is called a facehugger, an un-BLOODED hunter encounters one while this PREDATOR is on a hunt for a xenomorph kill.

Initially we wanted to seize this lifeform but we're unsuccessful in our search. Though we are confident that this BLOODED PREDATOR will return. Here is a photo of the last known bladed gauntlet of the FIRST predator. (THE DUCT TAPE PREDATOR) 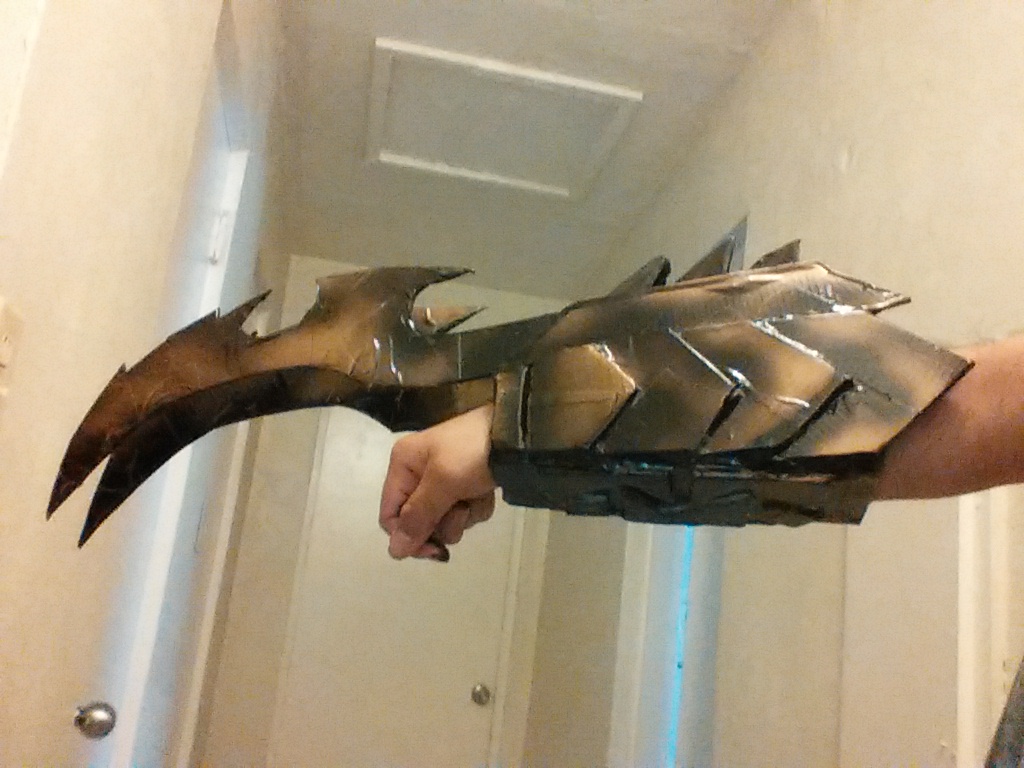 These kind of materials were most likely brought from his home planet.. (or from other worlds) rest assured our government will get their hands on this technology. So we can further understand where this creature came from and what's it doing here on our planet.

--HIGHLY CLASSIFIED-- U.S.government file 06-13-2019
This VIDEO was shown minutes ago on the EVIL PUNISHER's channel!! Now I strongly advised we bring him in for MORE questioning about his further involvement with this space alien- called the TEXAS PREDATOR!
As lab director of this government facility I strongly believe the EVIL PUNISHER knows what this HUNTER's intentions are on this planet. This alien technology can not go on without us reviewing it's study of materials. The content of a nuclear BOMB is at stake here!
My fair warning to the state of Texas.. is that this PREDATOR is armed and dangerous!
Bring in the EVIL PUNISHER for more questioning have him arrested and thrown in with group 2. NOW!

After a week in solitary confinement and a couple sessions of electro shock therapy. The EVIL PUNISHER agreed to help us gather more Intel on this alien creature called the TEXAS PREDATOR.
In his full report he declares that this hunter is a BLOODED predator and that it only wants to hunt this alien species called a xenomorph. He says that this PREDATOR which is also called a yautja species from its home planet yautja PRIME. He said that the hunter was tracking a rogue spaceship carrying an infestation of alien eggs. The ship crashed somewhere in Texas, and that he was now hunting this species down.
Upon evaluating the EVIL PUNISHER report a video transmission came through on his YouTube channel. This is what came through..
In my honest opinion it appears that the TEXAS PREDATOR is sending an alien message to his kind or perhaps letting us know that it's here to help us exterminate these xeno parasites.
I think that this alien HUNTER should get the full cooperation of the U.S.government and let this PREDATOR do what it came to do.. for now.
You must log in or register to reply here.
Share:
Facebook Twitter Reddit Pinterest Tumblr WhatsApp Email Link
Top