u guys are crazy duh... and now im infected in this whole pred suit stuff...

after a while I decided to create my own suit. so i started with a bodybuilder suit from ebay. I dont like the chest from the incredibles suit or captain america suit. so i picked this one.

painted with liquid latex. the pullover under it was stuck after i painted but its ok bec it makes to wear it on easier and it takes the sweat a little.

I dont have that much pictures from coloring that thing bec i was a lil dissapointed when i saw this thing hanging around. I couldnt imagine that it willl look good.

but wait till the end when everything is completed. U dont see that much of the skin anyway cause of the gaunts and armor stuff.

unfortunately the rest of the stuff i ordered was not gonna make it till yesterday. but thats ok I couldnt change it anyway. so i have to wait. party the suit was made for is over but

I think i will wear it at Karneval next years too. we dont have that much partys or comic conventions here.

back to the suit. the ground color was sand or skin (because we had a lot of it) and after that I decided to have it dark green and some brown spots around the body.

just chest and abs and arms and upper legs had some sand color left.

the pants is just long underwaer with some foam pads on the upper legs.

but i choosed the wrong color i guess. i dont recognise the green leather cause my body is green too. i think it would have been better to get some more brown or black... 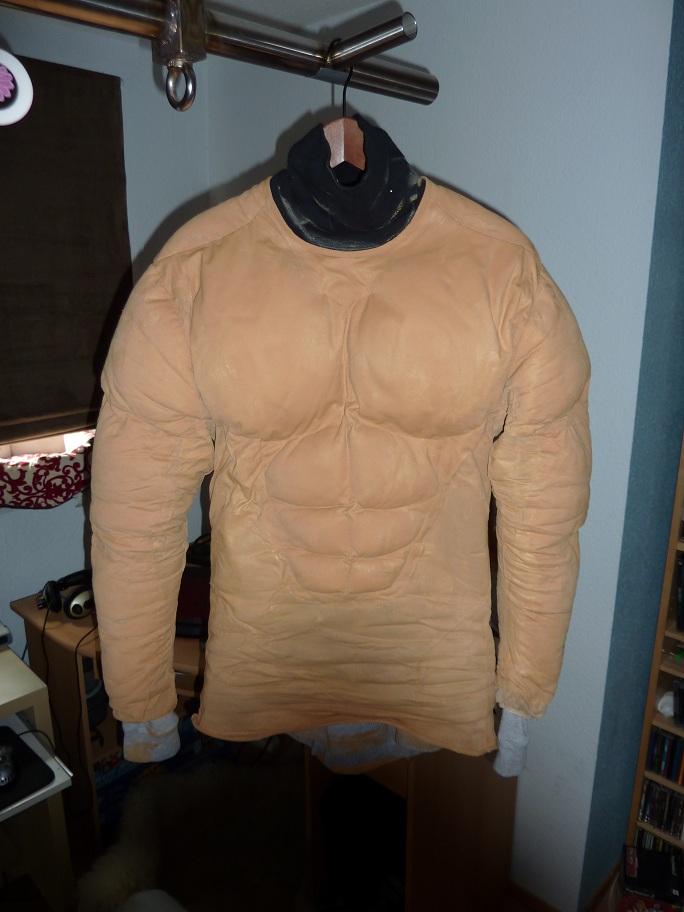 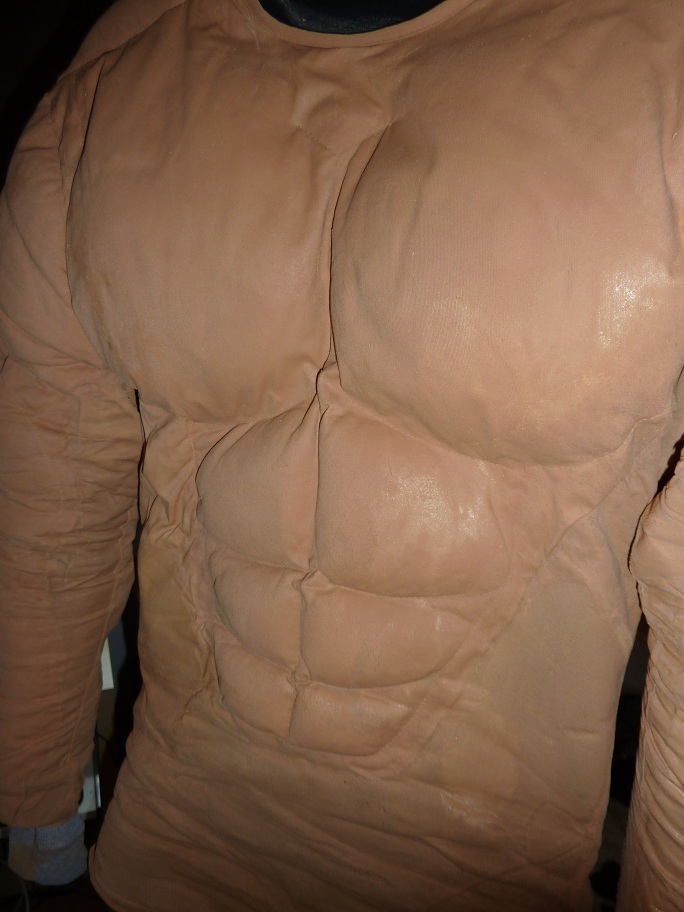 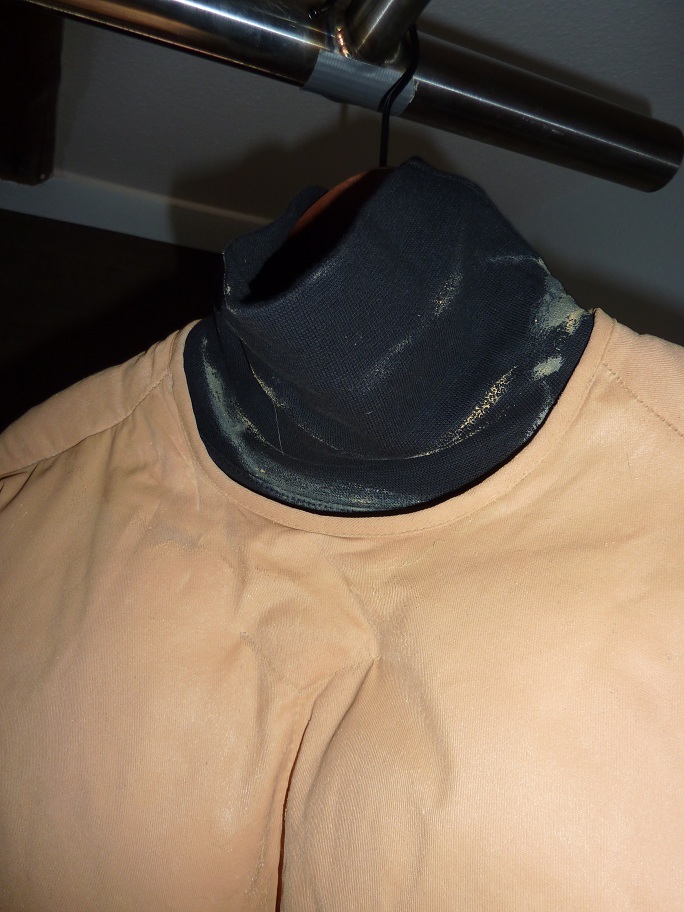 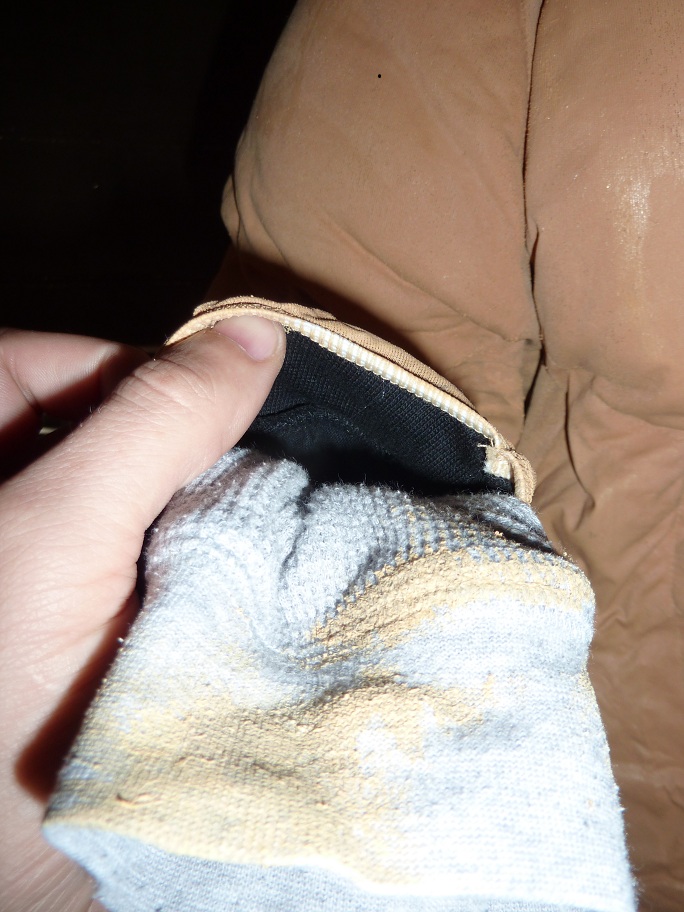 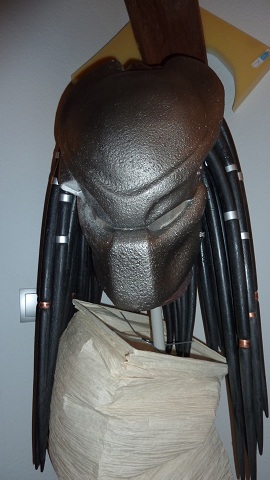 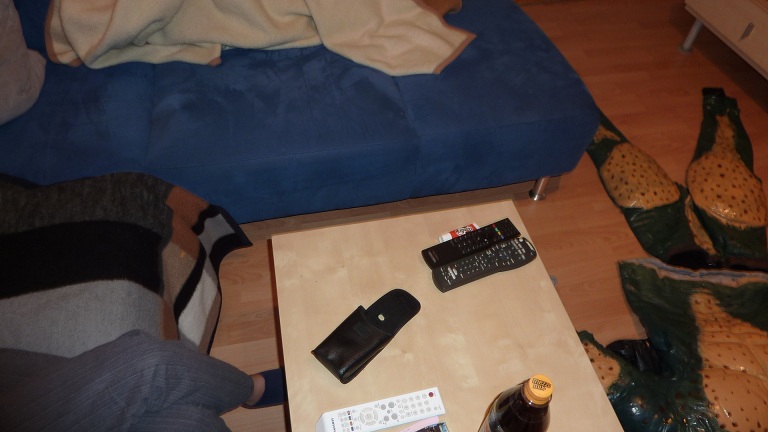 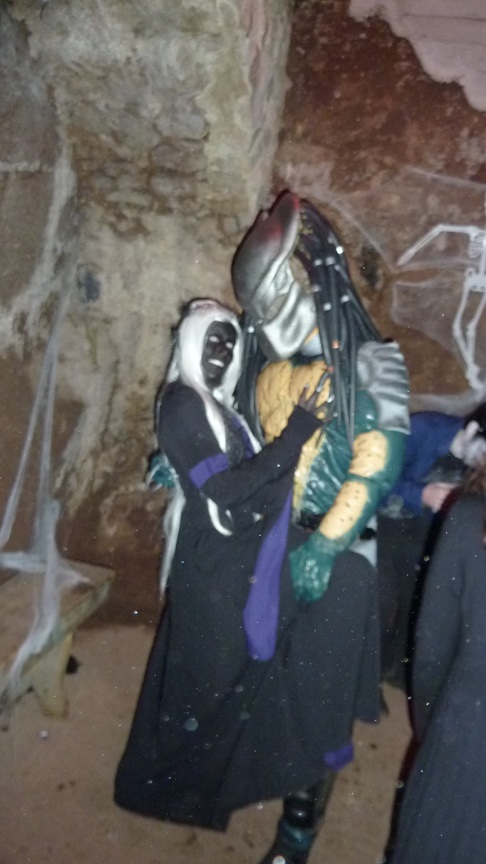 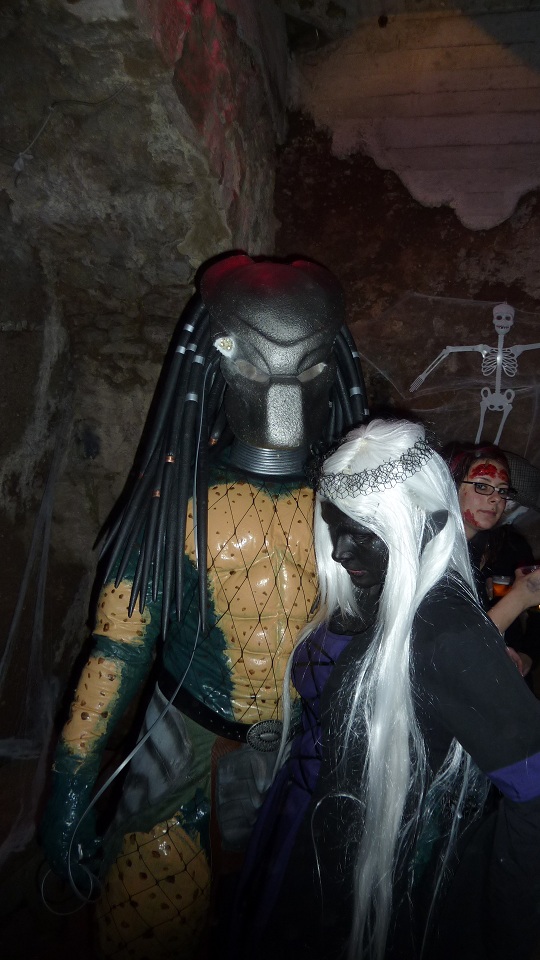 thx for all the lair members for inspiration and ideas around the suit and how to make it.

thx to all that I had transactions with for parts. u guys are awesome...

I will show some more pictures when the suit is ready with the rest of the parts. 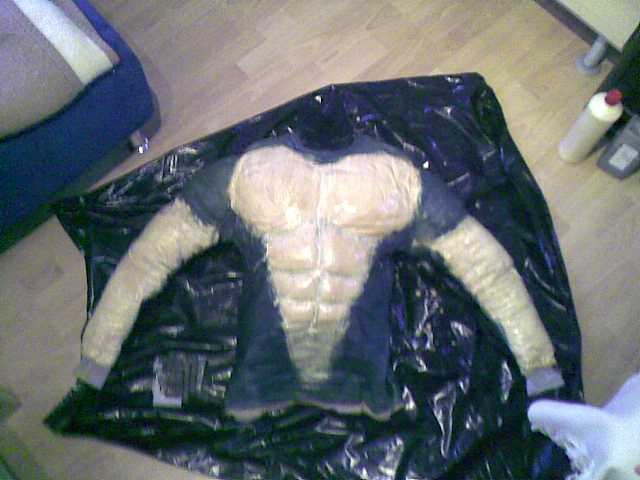 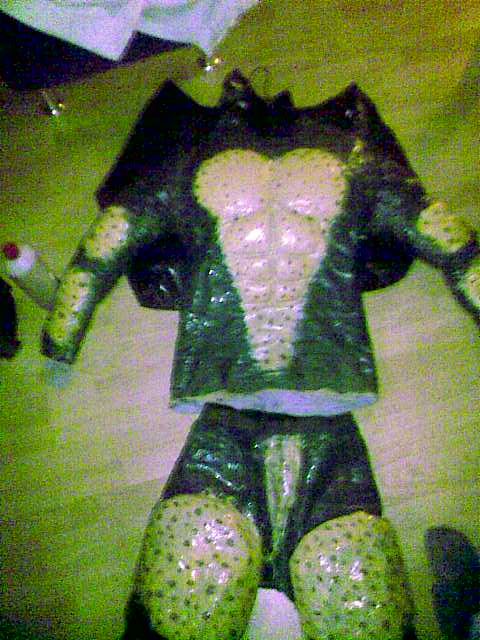 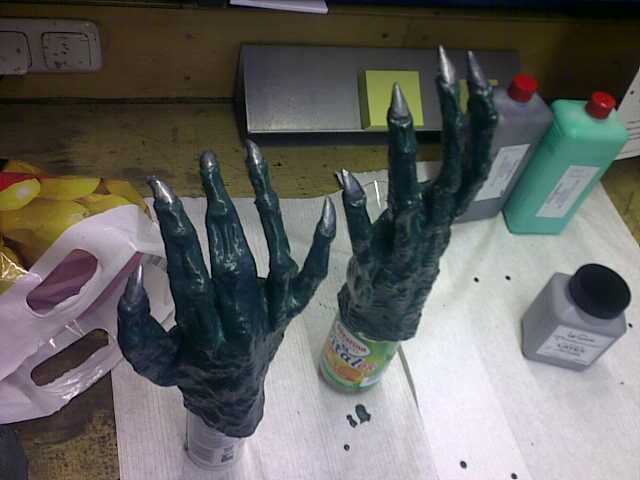 yeah now she looks kind of cool. at first i was dissapointed. i bought this bio at ebay and its crappy.

homemade buy someone i guess. its not symetrical and the shape wasnt good. i sprayed this first with color from a spray can but i wasnt happy with this. so i decided to use some kind of marble effect spray from a spray can. sorry for my english i dont now how to explain that better.

and than i used metallic colors from a spray can. it tooks 4 days till its dry and the surface is still sensitive. but i dont wear it very often so it will be fine. 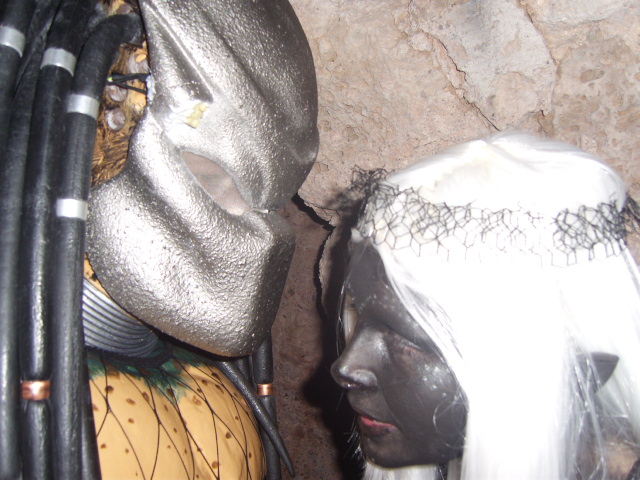 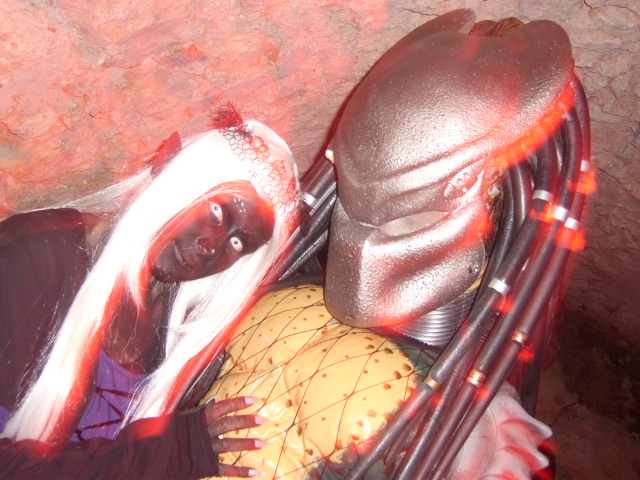