This is something that's been on my mind for at least 20 years now, and now more then ever I do feel I "need" this piece in my collection.
Of course I'm talking about the combat vest worn by Brosnan in his debut as 007 during the pre-title sequence 1995's Goldeneye, a movie which I held to high regard in my youth (and still to this day).

As a kid in the mid 90's watching the film on vhs through a sub-par old TV unit I just assumed he was wearing all black and pulling his PPK from a shoulder holster underneath his jacket, but now in later years I realised he is wearing a cross-draw tactical vest. A piece of kit that started to become a trend of the period and up to the late 00's.


Now there isn't much info to go on, and very few reference pictures of the vest (listed below). From what I've gathered over the years is a bit conflicting: Some say it's a converted SAS, other sources says it's completely custom to the movie. I have my doubts about the SAS connection as I've never seen any gear used by the SAS/SBS that matches the pattern, but then again ref-material is scarce at best.

Is there anyone out there that could shed some light on the matter? Is it based on an existing vest? Reference materials and so one? I was hoping to somehow replicate the vest.

I have no idea, but I dig this project and hope someone can shed some light on it!

Info I found was that the vest was created by Angels, The Costumers, from 1995 fatigues.

They modified the M65 style issue combat jacket was with the addition of a pack on the back and a holster to hold the Walther PPK with silencer. It is currently in the collection of a friend of mine in the UK. 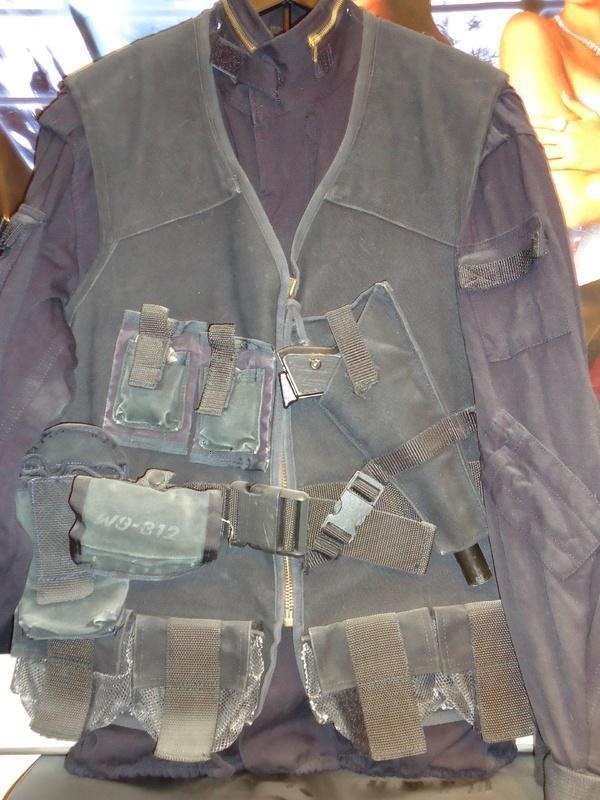 RPF PREMIUM MEMBER
Hi,
I hope, we can do that but it'll take time.

I
Has anyone bought a Magnoli Heath Joker Vest?