I made this video terminal / Vid phon for the Disobey 2020 hacker conference (held in Feb 2020), and it was very heavily influenced by the video phone in the original blade runner, but it is a bit shorter in height because I decided not to model the part that contains the usage instructions and the toll counter. 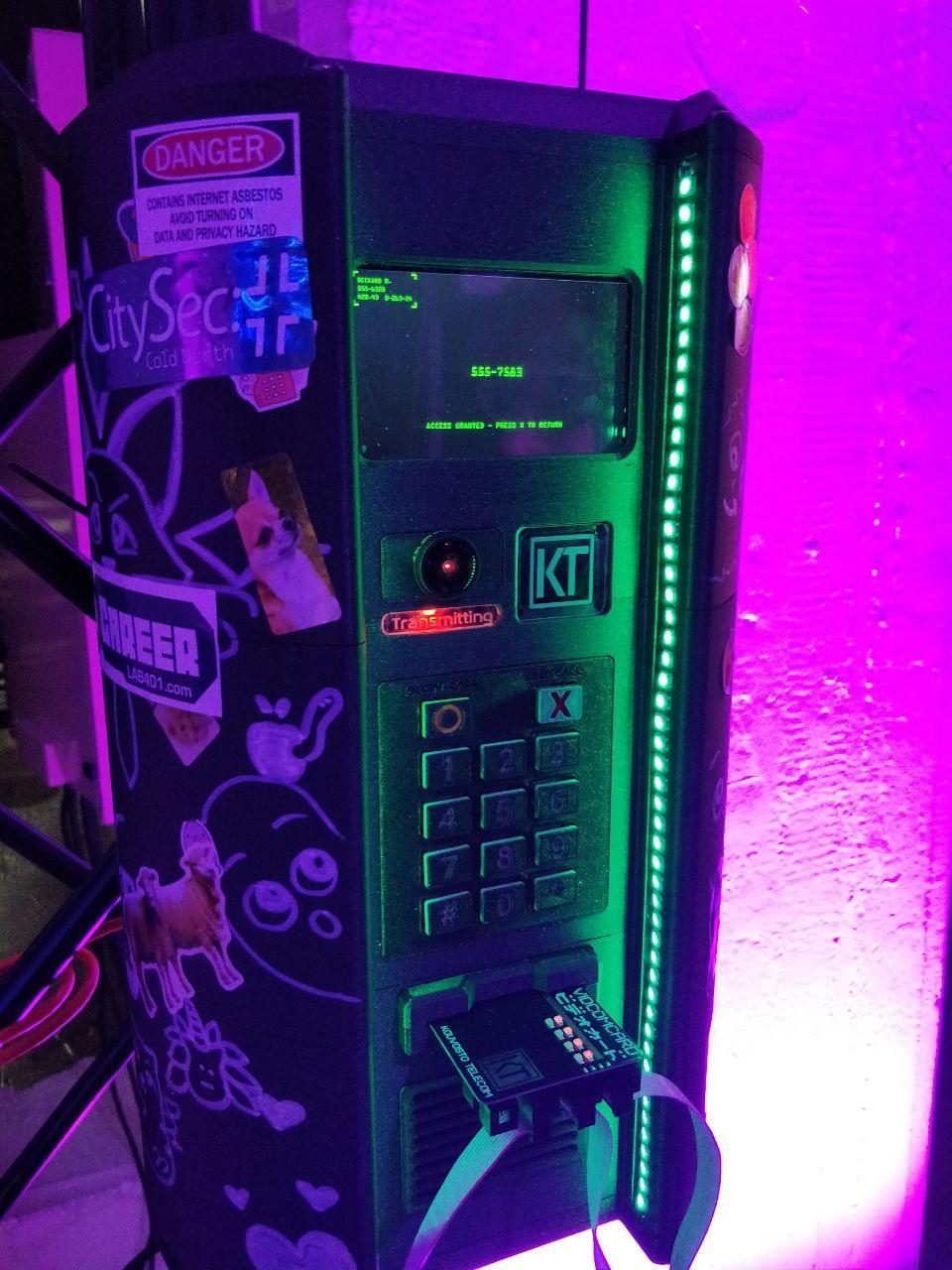 The camera isn't real (its a fisheye lens and a red LED) and instead of Bell being the manufacturer, this particular model is made by "Kouvosto Telecom" hence the KT logo.
The keypad is fully functional actual custom keyboard made specifically for this project by a friend of mine, the key caps are fully 3d printed and the dual color is achieved by switching the printer filament mid print, resulting in nice and crisp contrast between the black and white (black and yellow for call and red and silver for disconnect). The switches used were cherry blue, giving a nice tactile feel when using the keyboard. 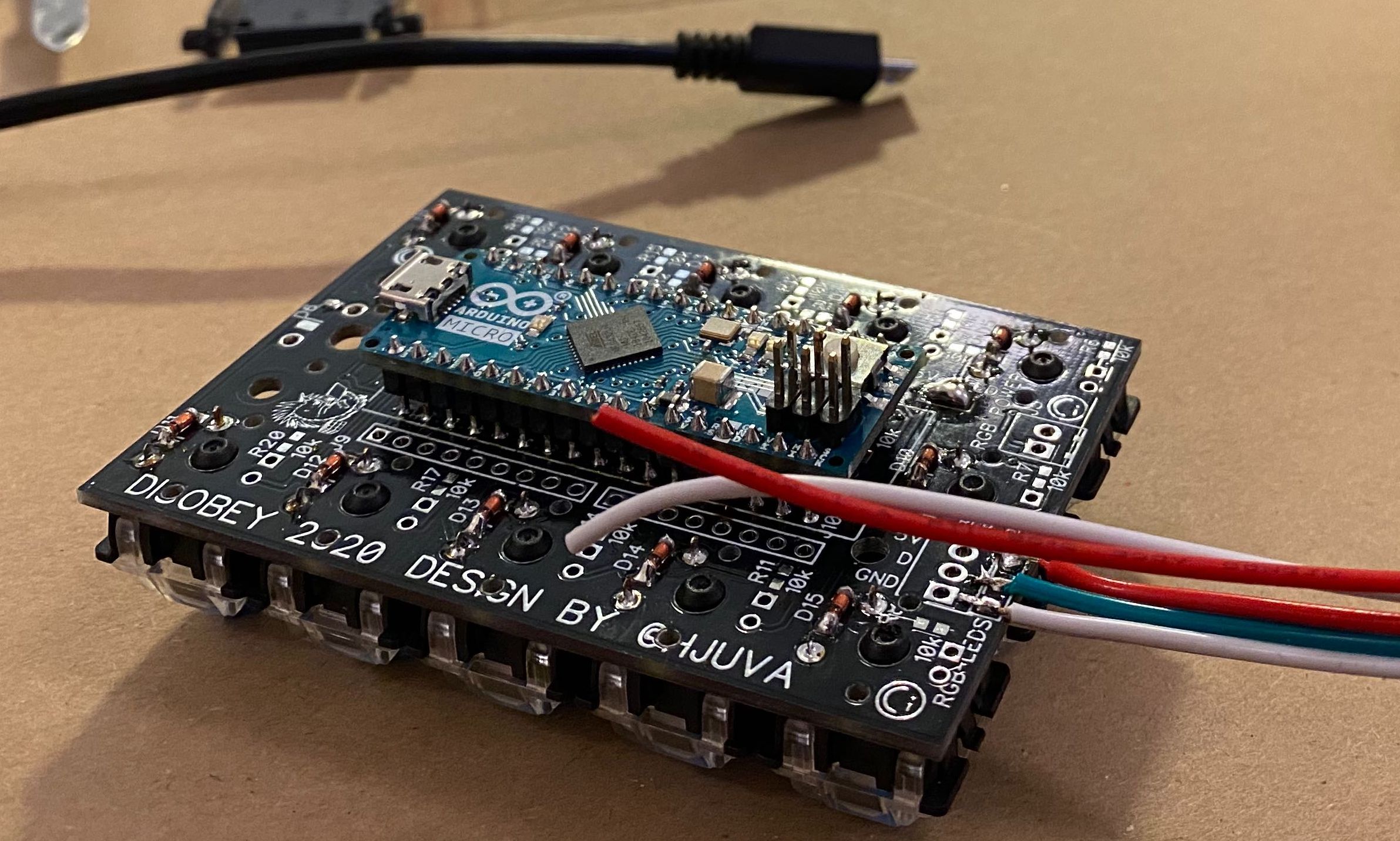 The keycard is physically attached to this model because it being a hacker conference, we couldn't have people running off with it but we did model the actual card in full (Design by me, pcb layout by my frield Hjuva). The card is actually functional in the sense that its made to the smart card layout specification, so if you were to hook it up to something that understands the smartcard protocol it would work as an adapter. 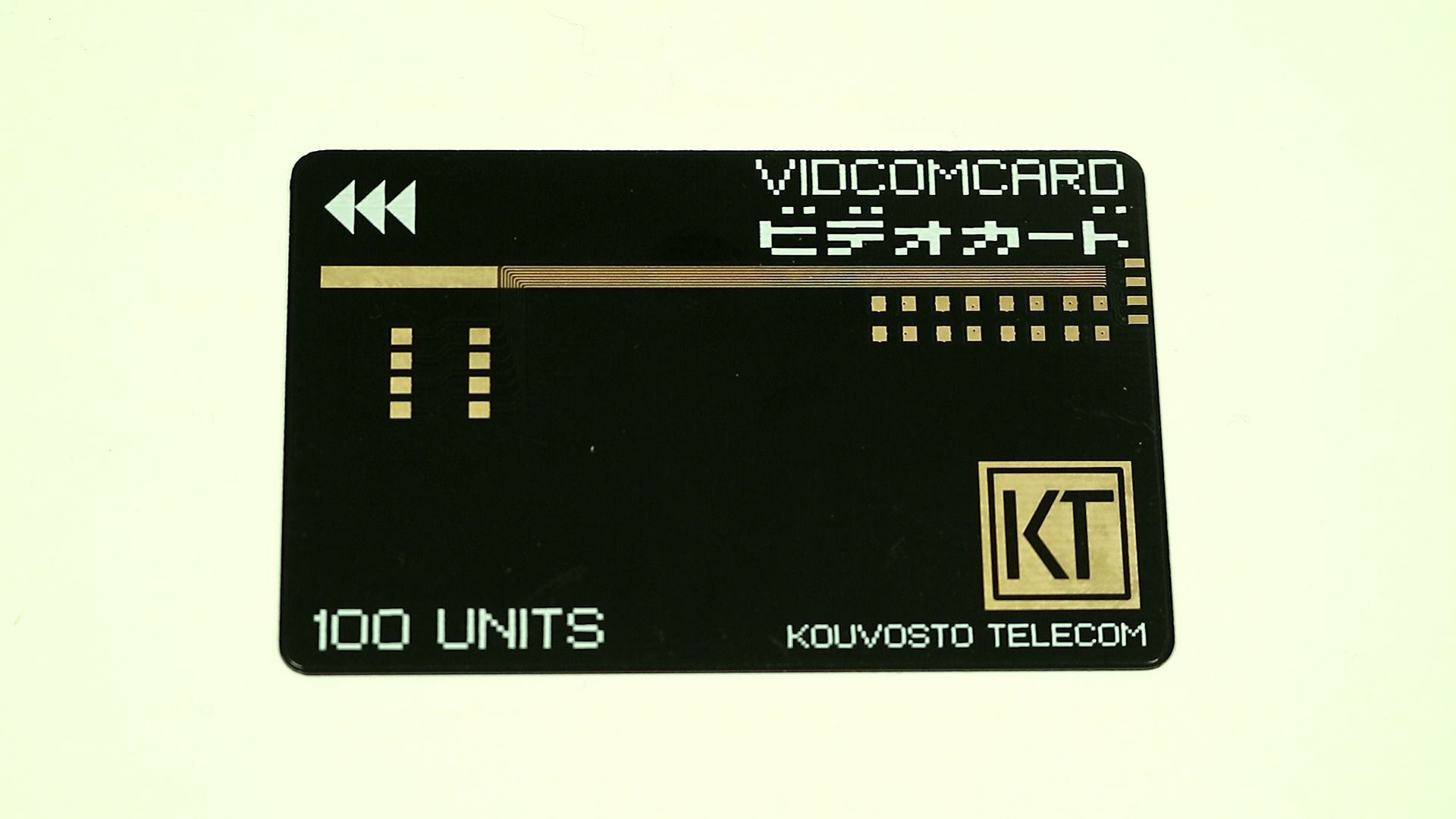 The reason for the card was that we needed an interface where the attendees could connect their electronic event badges to the terminal to play a puzzle game during the event. That idea came from the way John Connor connects to the back teller terminal in Terminator 2. The difference between that plain card and the one used in the event is that the event one had parts placed on it and had 3 cables coming out, which were also used to program the even badges you see below and that the event version has has a hole in it so it could be fastened to the body from the inside. 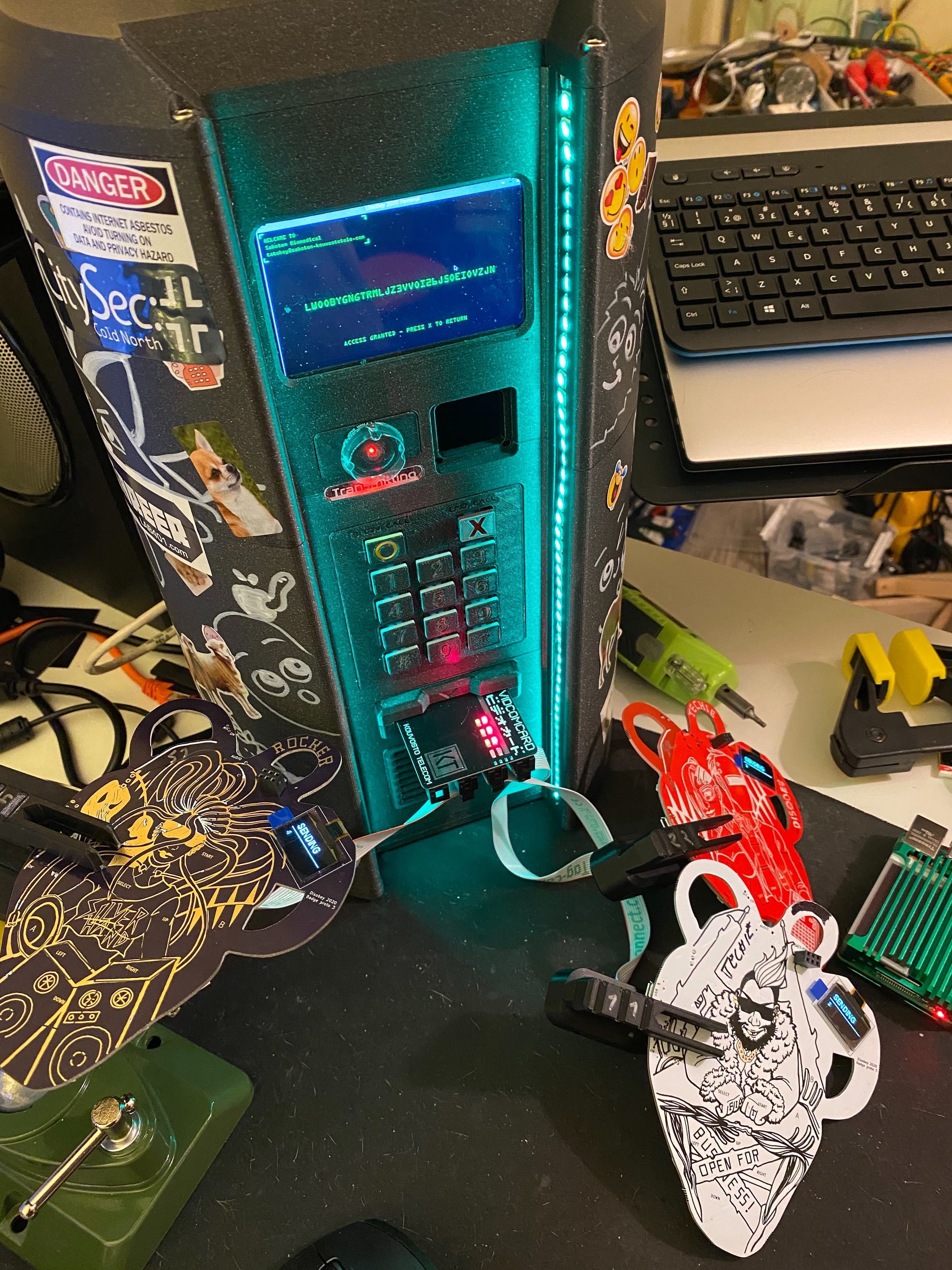 Inside the terminal we have a raspberry pi 4 running as the main brain and displaying info using a Hyperpixel 4.0, I know there now is a hyperpixel square that would have been a better fit towards being more accurate toward the movie but they weren't available when we ordered the parts and commited to the design . Pi handles the game modes using pygame displaying what it needs on the screen and then communicates with the arduino micro that runs the keyboard using caps, scroll and numlock to tell which led mode it should be running as the leds are entirely controlled by that microcontroller and will work even if the pi is not present. 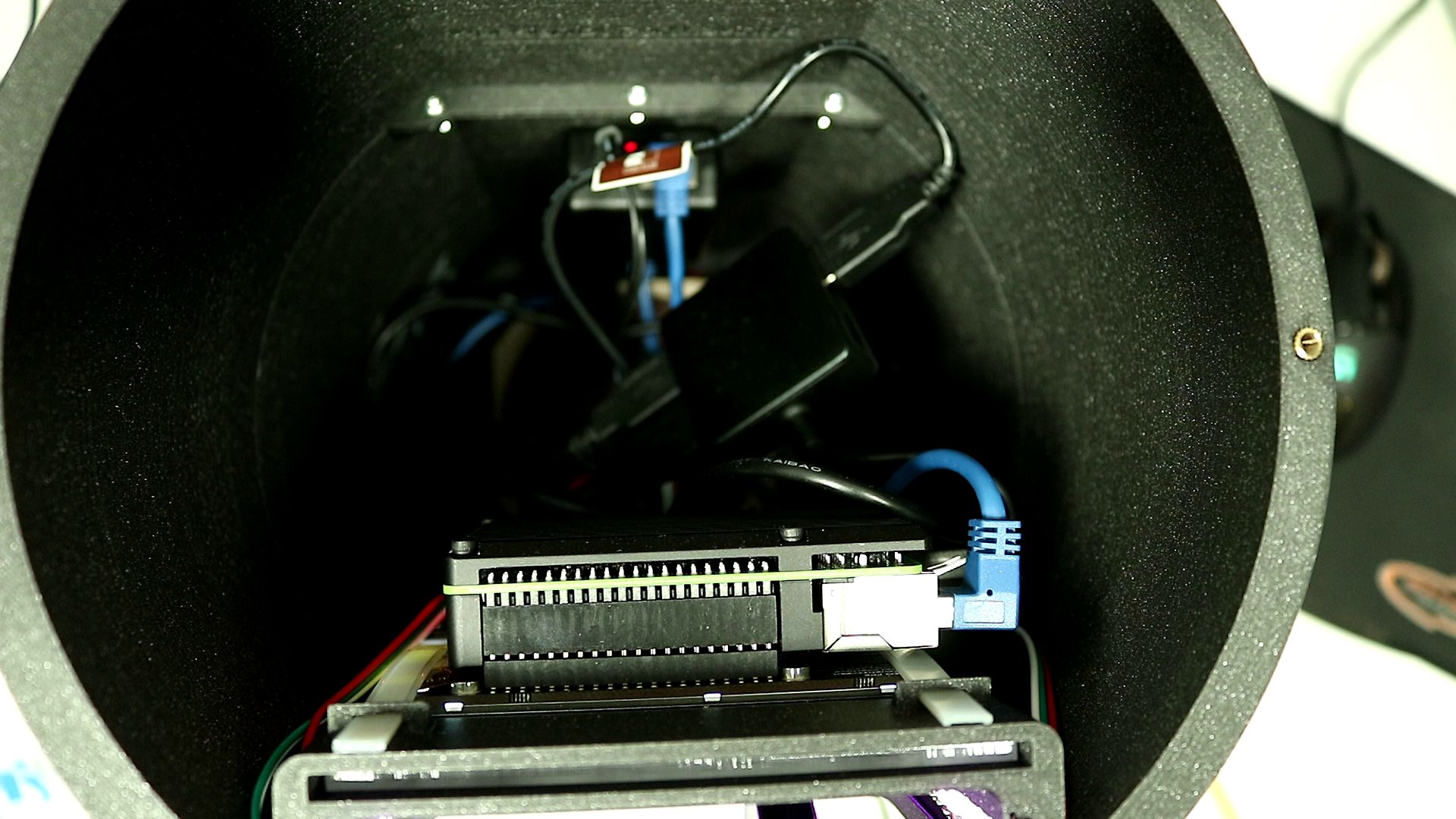 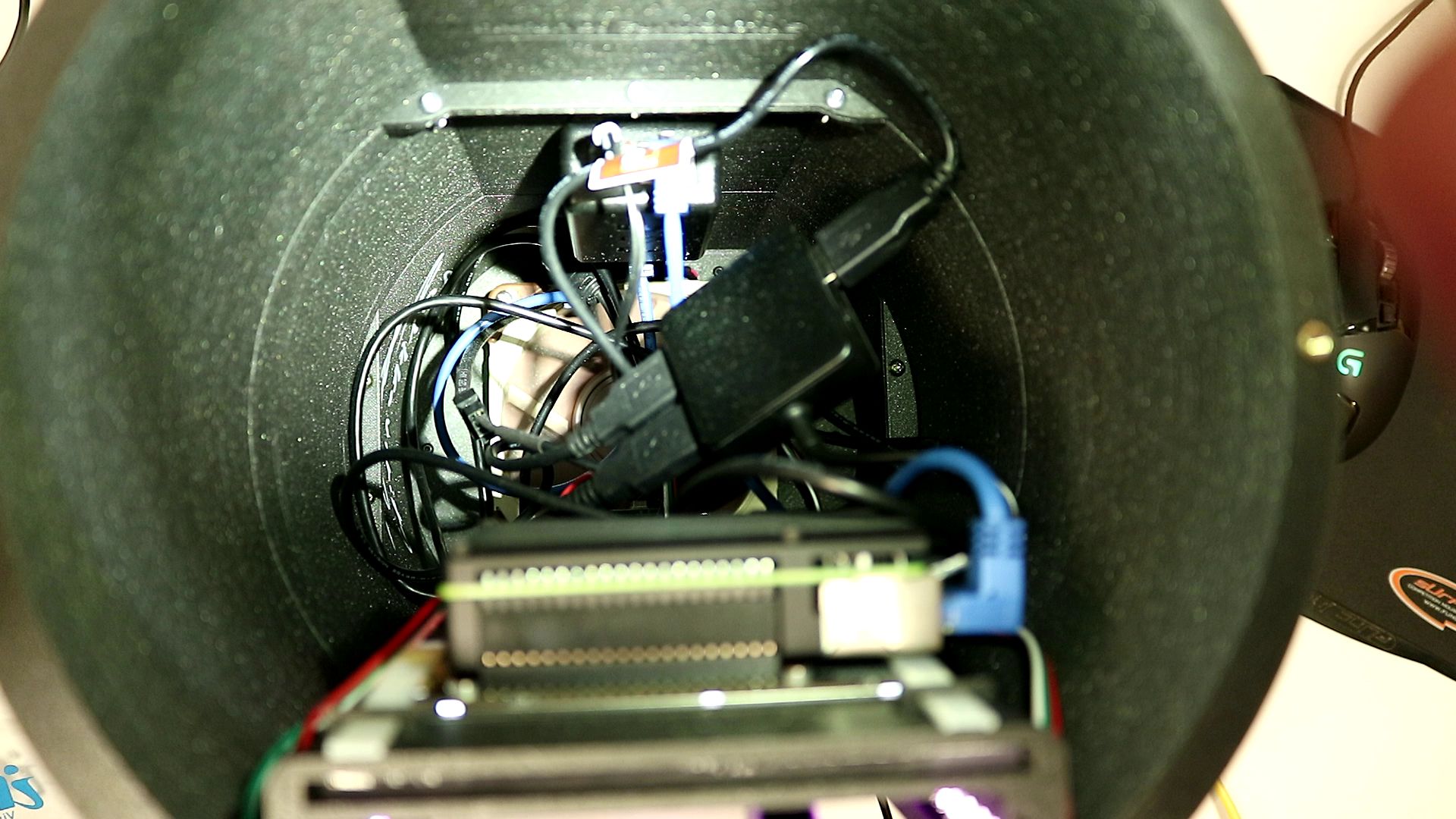 The entire thing is powered using a single ethernet cable with power over ethernet, while providing the data connection we needed. This meant that we only needed to run a single cable to each of the payphones at the event, again meaning that tampering is a lot harder. Since the pi ran kind of hot we also have a Noctua 120mm 5V fan exhausting air from the case, powered from the pi itself. The case itself has very little that is glued, most of the parts with the exception of the camera plate, the logo plate and the transmission plate are fastened with screws, all of them inside, the only way in is to take all of the screws off from either the top or the bottom. There is also a 5mm acrylic glass in front of the display so that people wouldn't accidentally break the rather delicate lcd display during the event.

There is even a place for a speaker and internal mounting holes for it but it never got implemented so we ended up just closing the hole for airflow reasons. 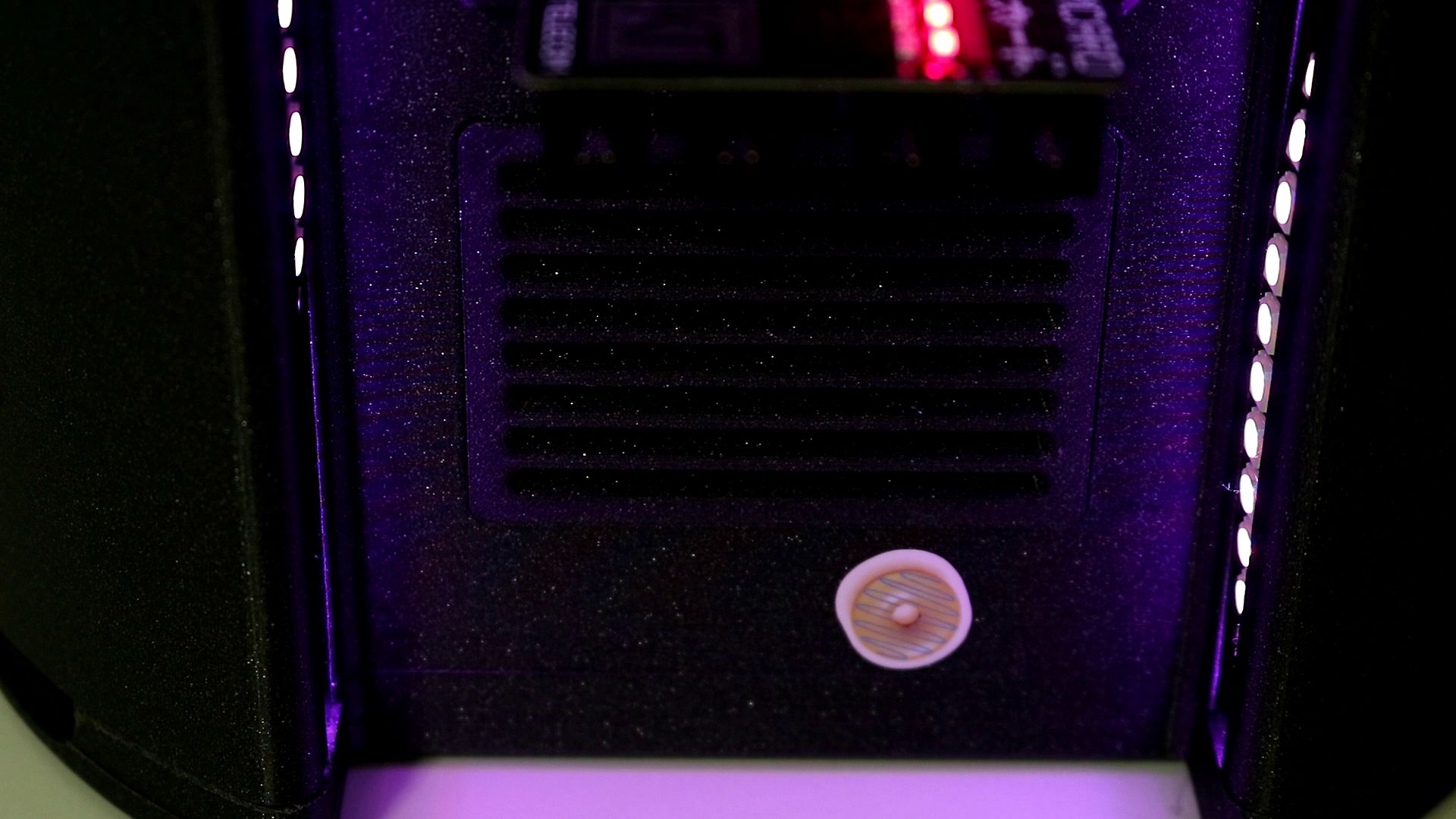 Since we don't like single use products, we also planned ahead and these now serve as media center PCs, the only thing that needed to be changed was little hatch that previously only had the ethernet cable providing data and power and we just replaced it with one that provides a place to attach hdmi and ethernet. 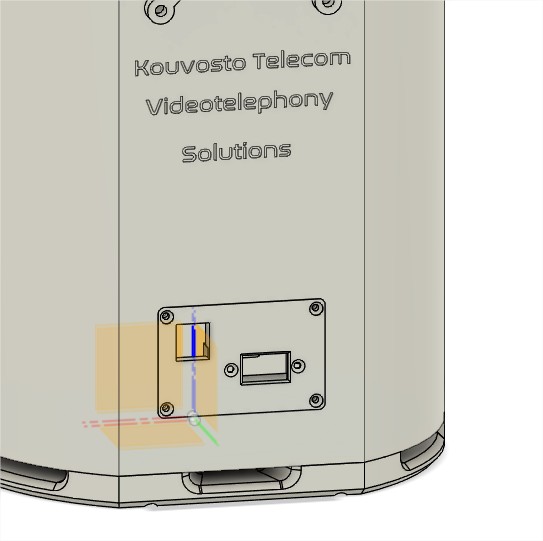 You can see it in action here: You can download the 3d files from here: Disobey 2020 Videoterminal by Purkkaviritys

We did want to use Cool Retro Term for Terminal text effects, but it was way too hard on the pi, over heating it to the point it would not be able to stay stable for over 6 hours at a time, even with some serious cooling applied.

scotreilly said:
There should have been a captcha thingy before you could see the video
Click to expand...

But then neither Deckard or Rachel could have seen it.