When Visual Effects Supervisor Dave Goldberg started a thread on Propsummit regarding a new blaster he was planning I was intrigued. Not only was he adding value to the BR franchise but he was building a unique blaster model with such pristine precision that it promised to be something special. Fast forward a couple of months and Dave had refined the design in Rhino, milled the parts and had them ready for shipping to willing buyers.

The kit when it arrived, proved to be as special as it promised to be. I have built a number of these blasters over the years and in my opinion the Rick Ross PKD and the Sidkit have sported the cleanest casts but the parts Goldberg arms produced are the most impeccably cast kit parts I have ever had the pleasure of working with. 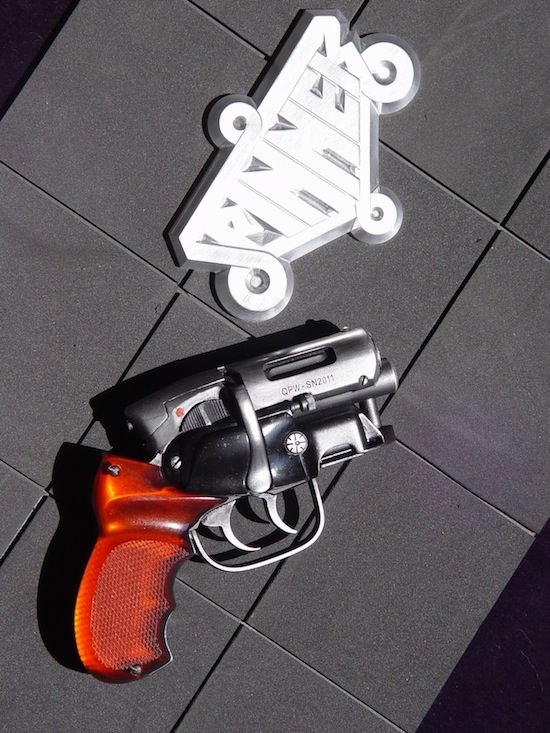 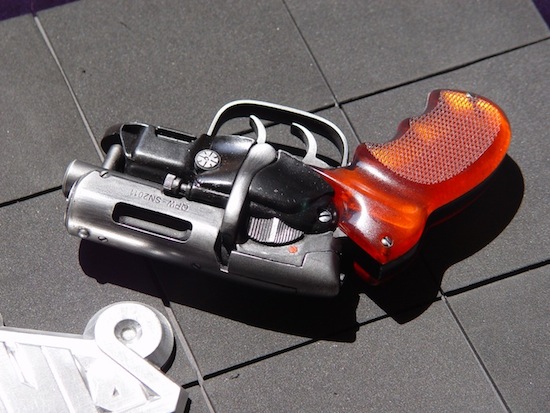 Every part of the kit has been expertly produced and extreme care had been taken in working out how each piece fitted into the other. A lot of thought had also gone into pre-cutting the grip screws and giving advice regarding trimming, sanding, finishes, glue types and finishes. Aside from some small areas that required minimal sanding and one area on the upper receiver that required the removal of excess webbing this is a professionally produced kit and the only small flaw were two tiny bubbles that needed to be filled. The quality of the materials is top-drawer, the part edges are sharp and uncompromising and the grips are crystal clear. 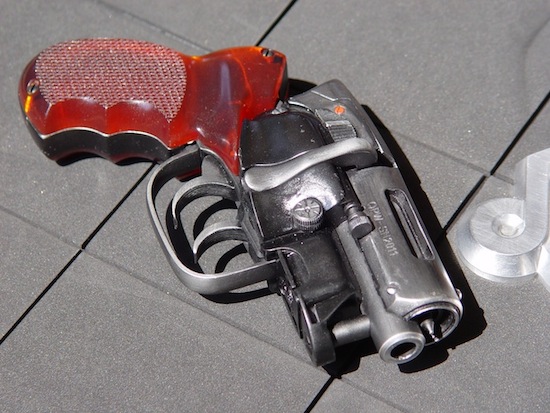 Because I usually favor the worn and extremely weathered look for my BR blasters I decided this time to finish the Goldberg Arms Snub Nose as cleanly as I could - emulating the polished finish on the fabulous Tomenosuke blaster. The end result was exactly what I had hoped for - clean sharp and perfect - but I was in a way dissatisfied because, it looked too clean and pristine for my tastes. Deciding then and there to take it to the next level, instead of heavily weathering the metal parts with rust and grime, I chose to rather have the blaster feature worn blueing from a lot of use. In the end, I felt that the solution I came up with aesthetically ticked all the hard-world boxes required by the Blade Runner genre without the gun ending up looking like it had been kicked around a football field in the rain.

This is in my opinion a fantastic kit, expertly conceived, perfectly produced, worth every penny and certainly a worthy addition to the Blade Runner franchise. 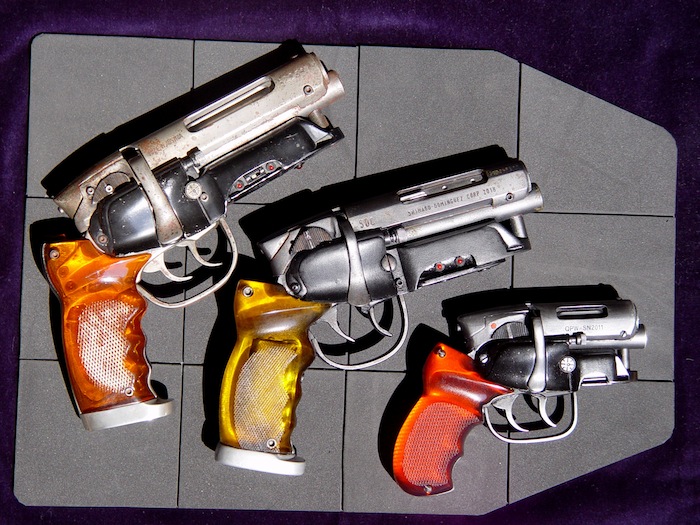 Great review Mark! You could see from the beginning Dave was producing a real game-changer with this kit.

RPF PREMIUM MEMBER
Thanks for the kind words Mark! I particularly like the two tone, steel and black, paint job. Nice work!