I recently came across this on Propstore website. It’s listed for as a Blade Runner master etch drawing. I’ve seen copies of this for sale some years back. Only thing, is that ( and I’ve done a lot of research into the subject) I don’t think it’s from Blade Runner. I think it’s from Douglas Trumbull‘s movie BRAINSTORM which was made just after In 1982. It’s by the same hand of Chris Ross and shares some similar (but not the same) parts. Anyone have any information?

Sorry, this is the image I‘m referring to. 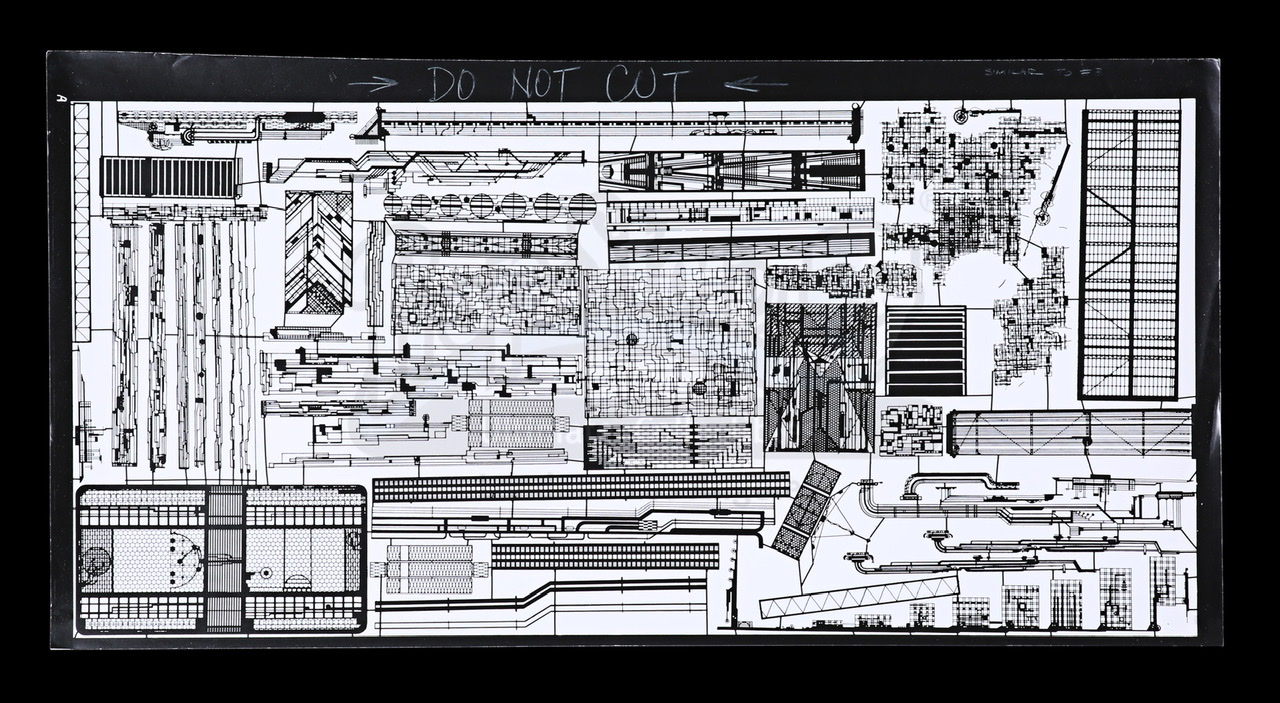 Joberg, the thing is is that some of the parts are similar( and not as detailed in areas) as the Tyrell Pyamid etch. And none of the stuff in the photo is on the Pyramid, of that I’m 100% certain. Chris Ross was the artist/ creator/ modelmaker for the Blade Runner etch patterns. And also did the etch patterns for “Brainstorm”. You can see a documentary on facebook/ YouTube “Sense of scale” on the creation of the detailing of the tech props in the movie.
It bares a striking similarity to this.