A while ago, I made an electronic conversion of a resin kit by Chaucer44 from Goldenarmor of a VK kit. I actually made two...

Here's the final version:
I ended up redesigning the entire arm and eye mechanism in CAD, based on some measurements from the great resin kit for scale, but used screen grabs for making the eye piece and servo holder for the eye as screen accurate as possible. These were also carved out for particular servos to be installed. It took me months to find some of the parts I used for this build.

The LED's are controlled by two arduino boards and the arm/LED mechanism is controlled by a polulu Maestro 6. It isn't perfect, but it was a good start.

Now, I've started a whole new project on this wonderful machine. The old version was a simple "light up of static image" in the monitors, but I have managed to find modern monitors that are close enough in size that I can do what I always wanted to make in the first place:

A fully electronic version, which includes even the monitors and their animations.

I've played around with doing some animation and keyframe thingiemajiggies in Final Cut and here is where I'm at with the videos at the moment:


In order to make this happen, I've been drawing the machine from scratch in CAD based on drawings and screen grabs from the movie, and I'm approaching a place where I can actually start building this.

The three monitors will be controlled by three separate Raspberry Pi Zero's with heavily modified OS and splash screens (added them to the video) in order to play the videos as soon as possible.

The main functionality will be controlled either by one of the rpi's, or possibly an arduino, more so because I am much more comfortable programming the arduino than the pi.

Some of the servos used will be replaced by other servos that have less jitter to begin with. They will also have some capacitors on the power lin in order to make movement as smooth as possible

I'm also looking in to making the bellows out of wet formed leather, and the machine itself will most likely be 3d printed with connectors for all parts that go on it and screens and electronics already in place.

If anyone has access to any pictures of the screen used prop (As far as i know, there was only one, and it was built over the weekend by one of the prop guys), please let me know.

I might assemble some sort of kit for a fully electronic version in the future if there's interest for it.
Last edited: May 11, 2020

RPF PREMIUM MEMBER
Close up of the remodelled eye and servo holder.

This is designed to incorporate a servo inside the holder and the servo horn is integrated into the eye holder. 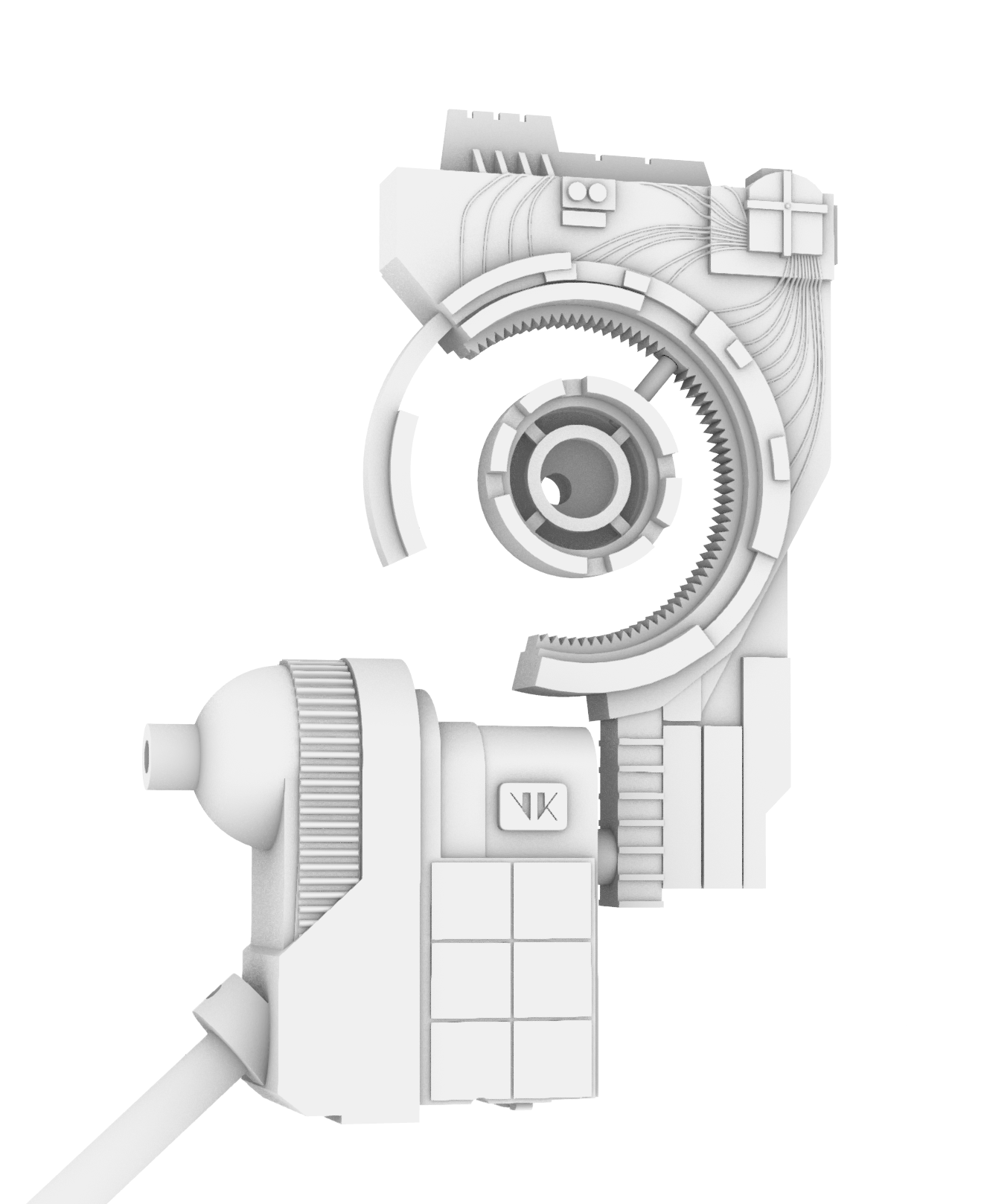 RPF PREMIUM MEMBER
Most of the box from the interviewer's viewpoint. 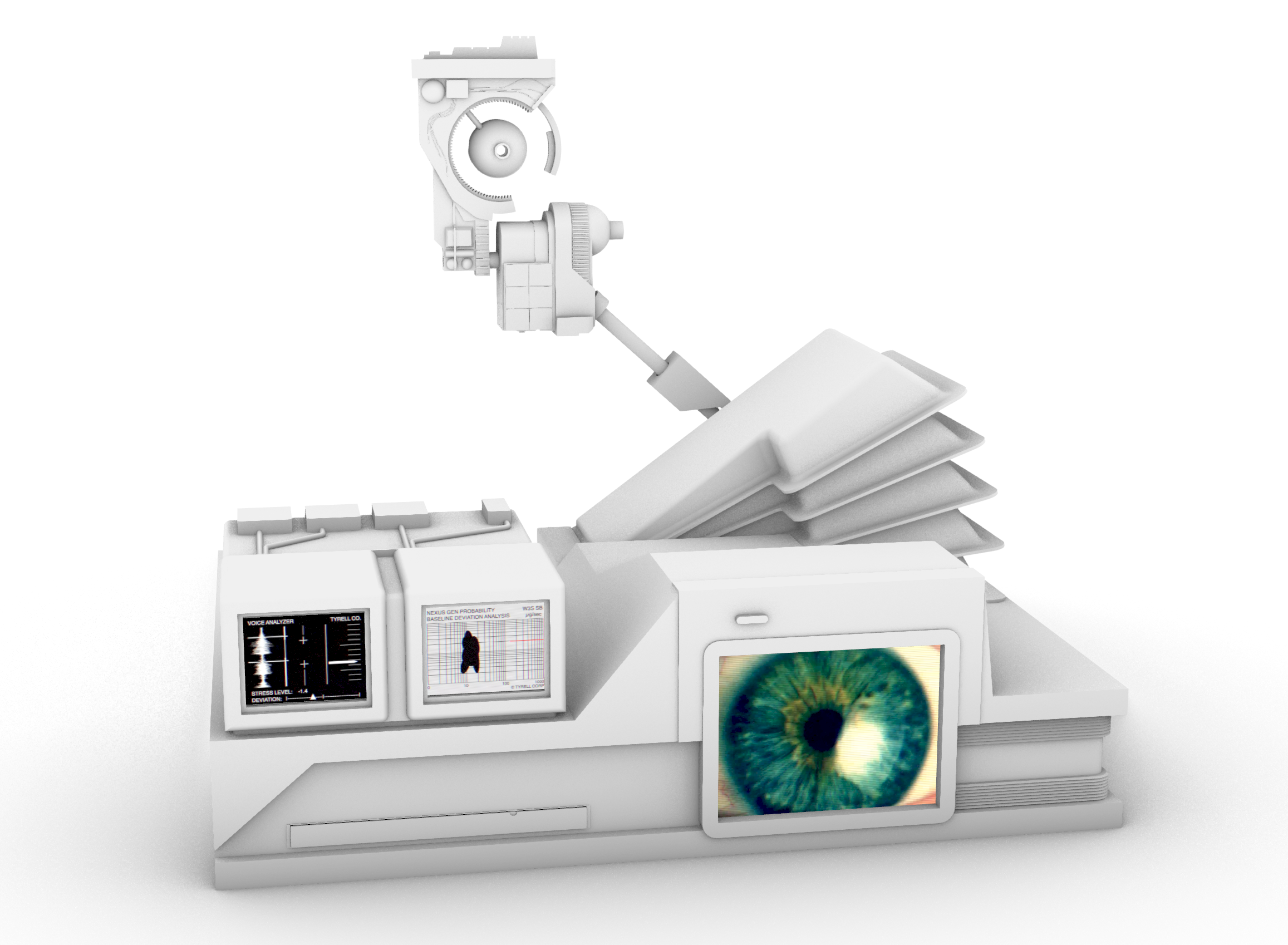 I can't wait to see this come together! Great start!

Too bad that your kit comes from a known re-caster...oh well. Go to Propsummit.com and you'll have a trove of infos/pics/research concerning that famous prop.
Here's mine: 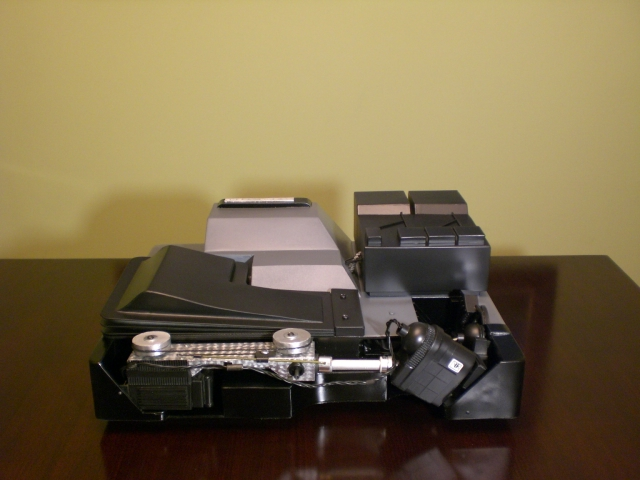 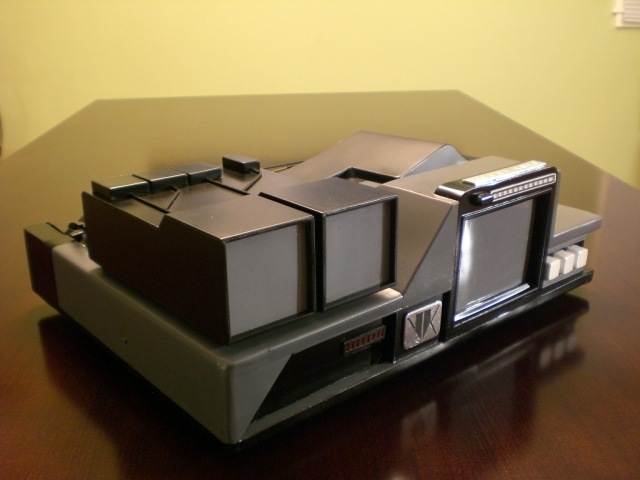 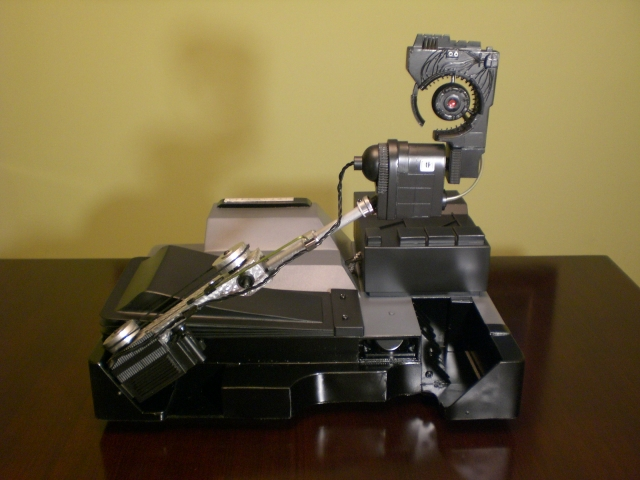 It was only my first resin kit that came from there. I have since sculpted my own in CAD from screen shots and a photocopied photo of the actual prop.

I have needed to adjust some measurements in order to fit the screens I’m using, but the model from my CAD drawings above is all mine.

As far as recasting, I had no idea and it saddens me.

RPF PREMIUM MEMBER
I'll tell you about my mother....

RPF PREMIUM MEMBER
That is amazing!

No prob about the re-caster...you didn't know. Eager to see what you'll come up with into your research. This prop is not easy to get right (many little details). Talked to Mike Fink, one of the builder, and even him couldn't provide me with precise measurements. Maybe the other person to contact would be Mark Stetson. Good luck.

The VK machine is another of my dream builds. Have you made more progress to share? Can't wait to see more!

MrVolt said:
The VK machine is another of my dream builds. Have you made more progress to share? Can't wait to see more!
Click to expand...

Well, redrawing a lot of things in CAD when time permits. I’ve had a few commissions on props that’s taken up time and my dayjob as well.

this is by no means abandoned. However, with having fully working screens, the screen sizes available will also determine the size of the machine..

In a perfect world I would like to use the same size CRT screens and feed composite signal to them...

RPF PREMIUM MEMBER
More research will be made though.

Glad to hear the project is still on

RPF PREMIUM MEMBER
Excited to see this moving ahead...

So any updates with this project?

RPF PREMIUM MEMBER
Well, only digital progress. I have been looking for proper sized screens that I can use.

It is on the backburner right now as I’ve been working doing props for two award-winning magicians and a few other pieces, as well as my own Robocop suit that is my main focus at the monent, but this will be finished in the future

Yep, really busy with your Robocop costume...glad it`s still one of your project