Hi guys ! I'm working on a 3D model of the White Dragon neon sign from the original Blade Runner. The goal is to make a video animation to be displayed on a screen to simulate having the actual sign at my place (a tv screen fireplace for geek if you will). I'll make the video available for everyone interested at the end. In the mean time I'm looking for your opinions and advises, on what I'm doing. I'm aiming for maximum accuracy to the actual prop made for the film, but the reference material is not great as you might imagine, apart from the movie itself (4k version helps) I could only make a few screenshots from behind the scenes and documentaries (dangerous days, and others). I don't know what happened to the actual prop, but I guess it did not survived. (Before anyone mention it, the White Dragon sign at the Gods Own Junkyard neon sign shop is a nice copy but not accurate.) So if you have good references to point me to I would be grateful. Doing that kind of reverse engineering is quite instructive, for instance I've never realized until now that it's had arms and legs, as the sign was mainly shot from the sides it was not apparent to me.

Here is what I have so far: 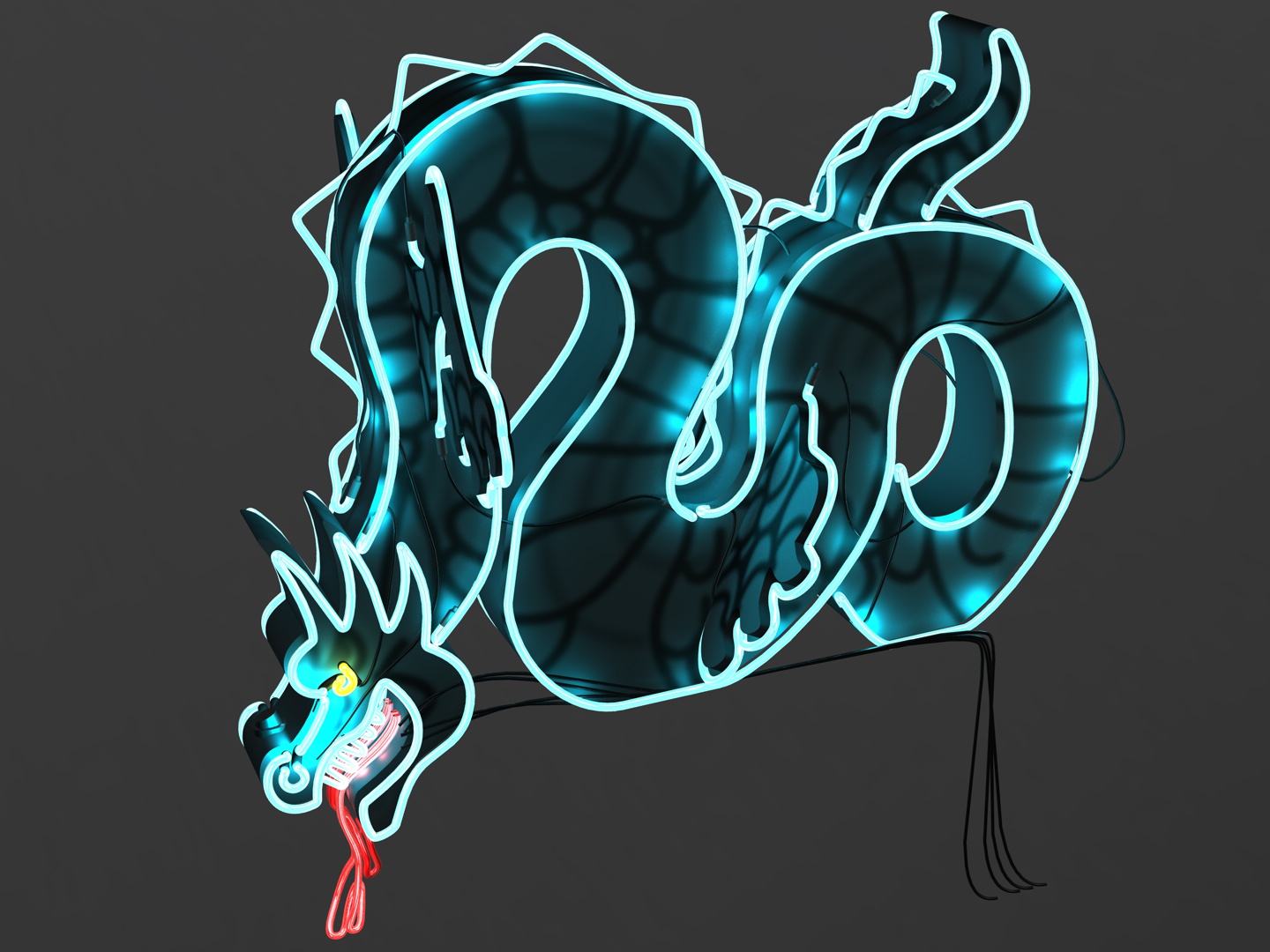 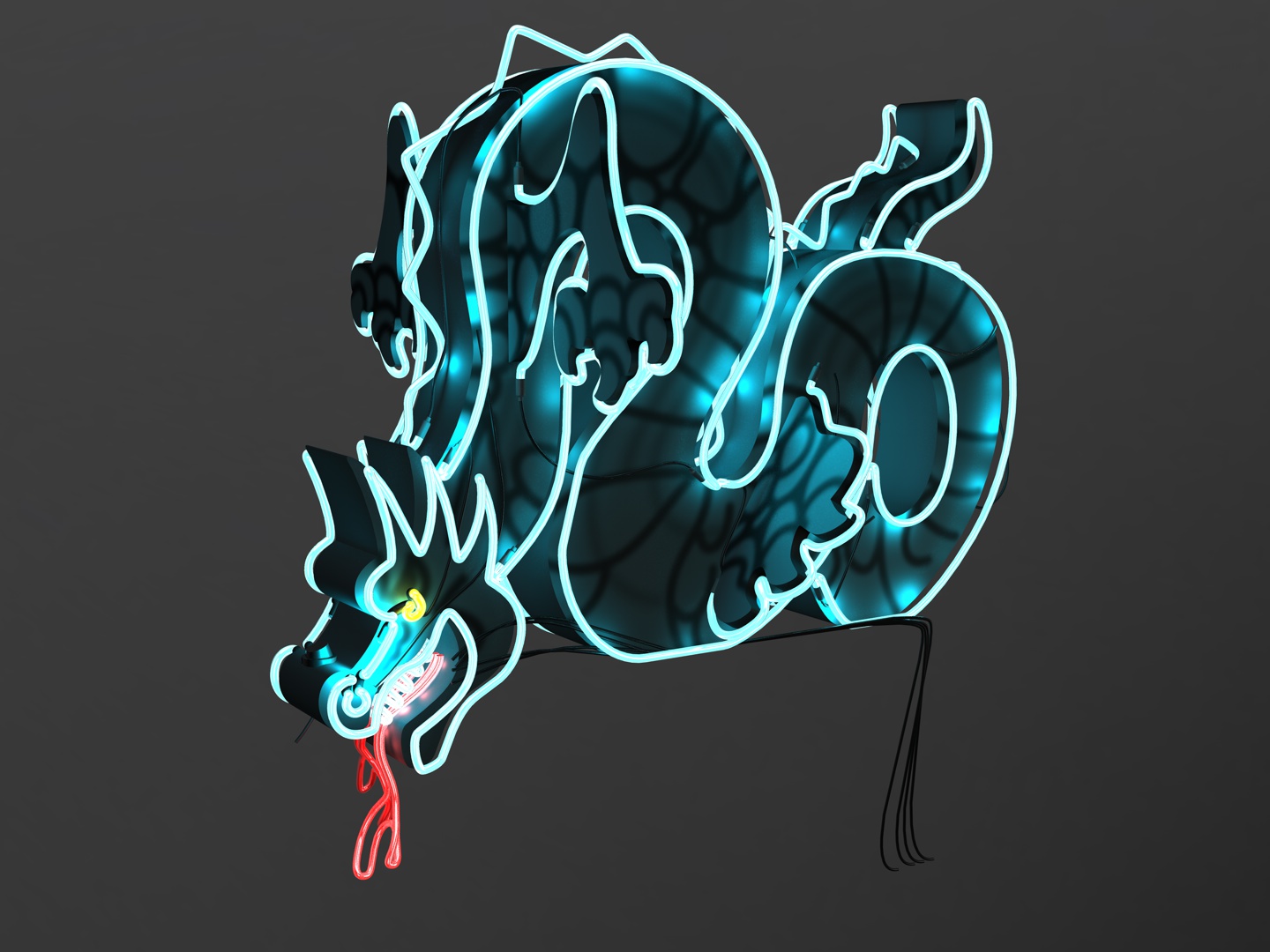 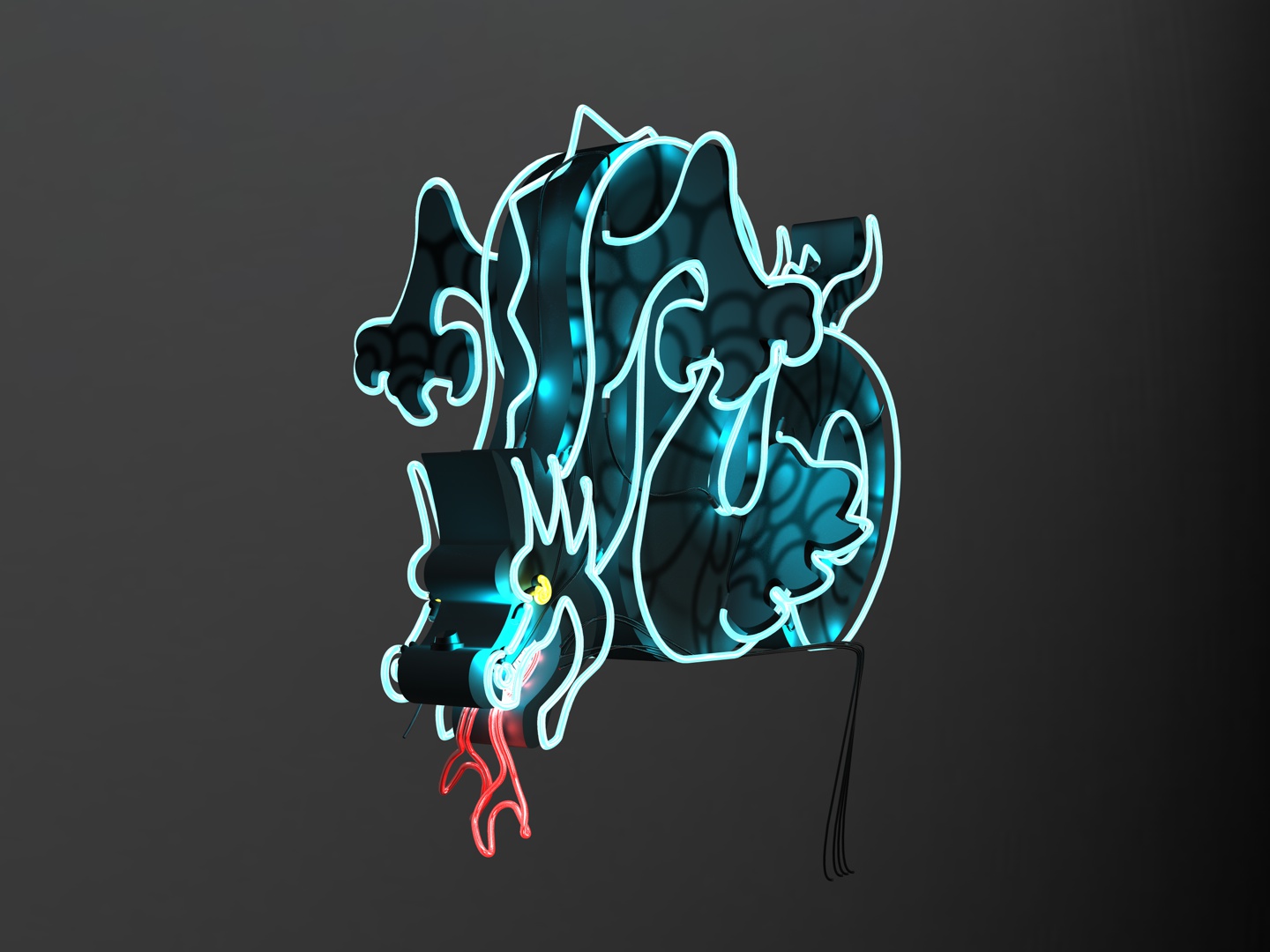 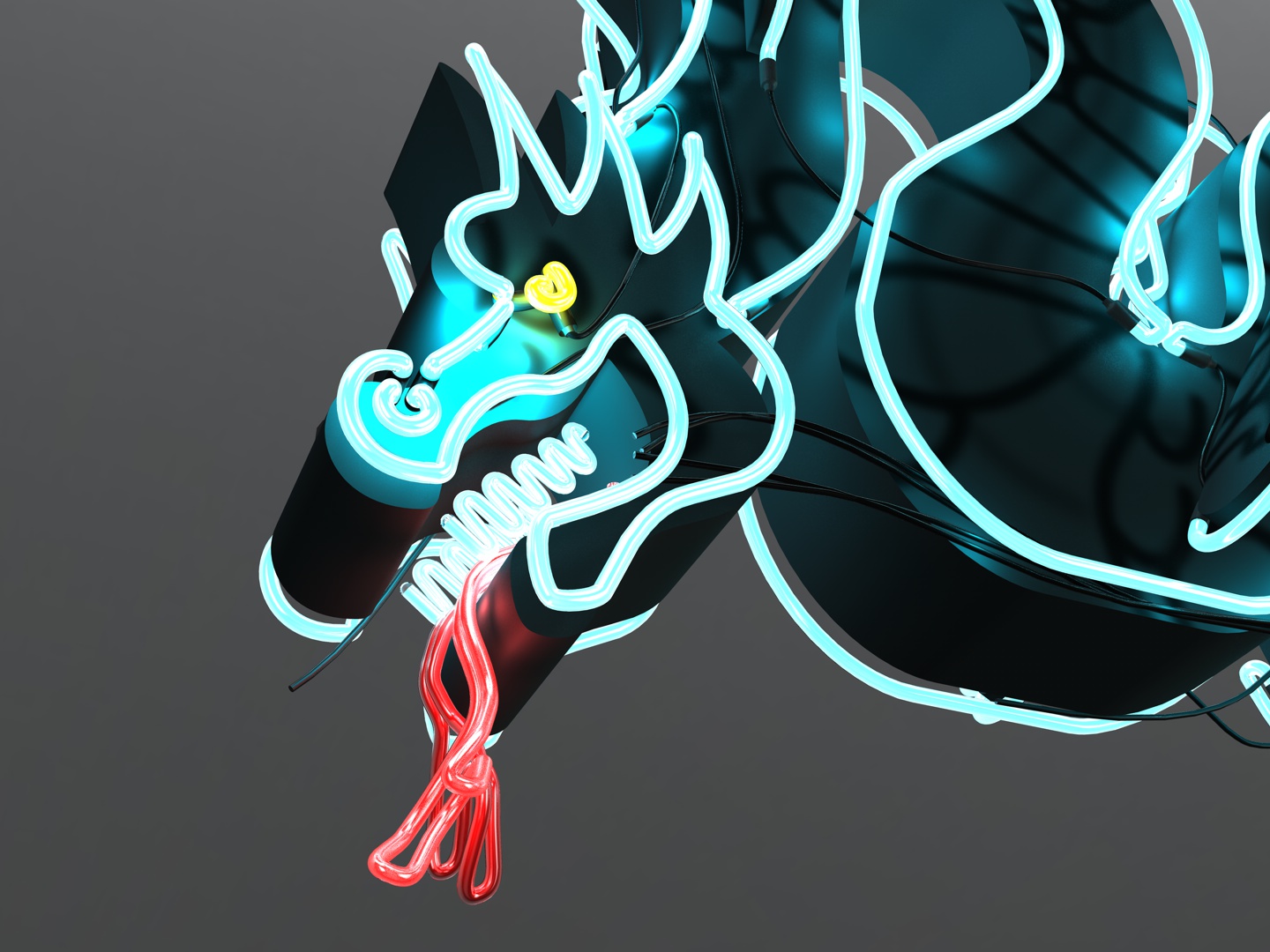 and here are the references I found:
>4k movie screenshot
-despite the name White Dragon, the neon are more of an ice blue, the body seems to be green/blue but it's hard to be sure as the neon light must change the color 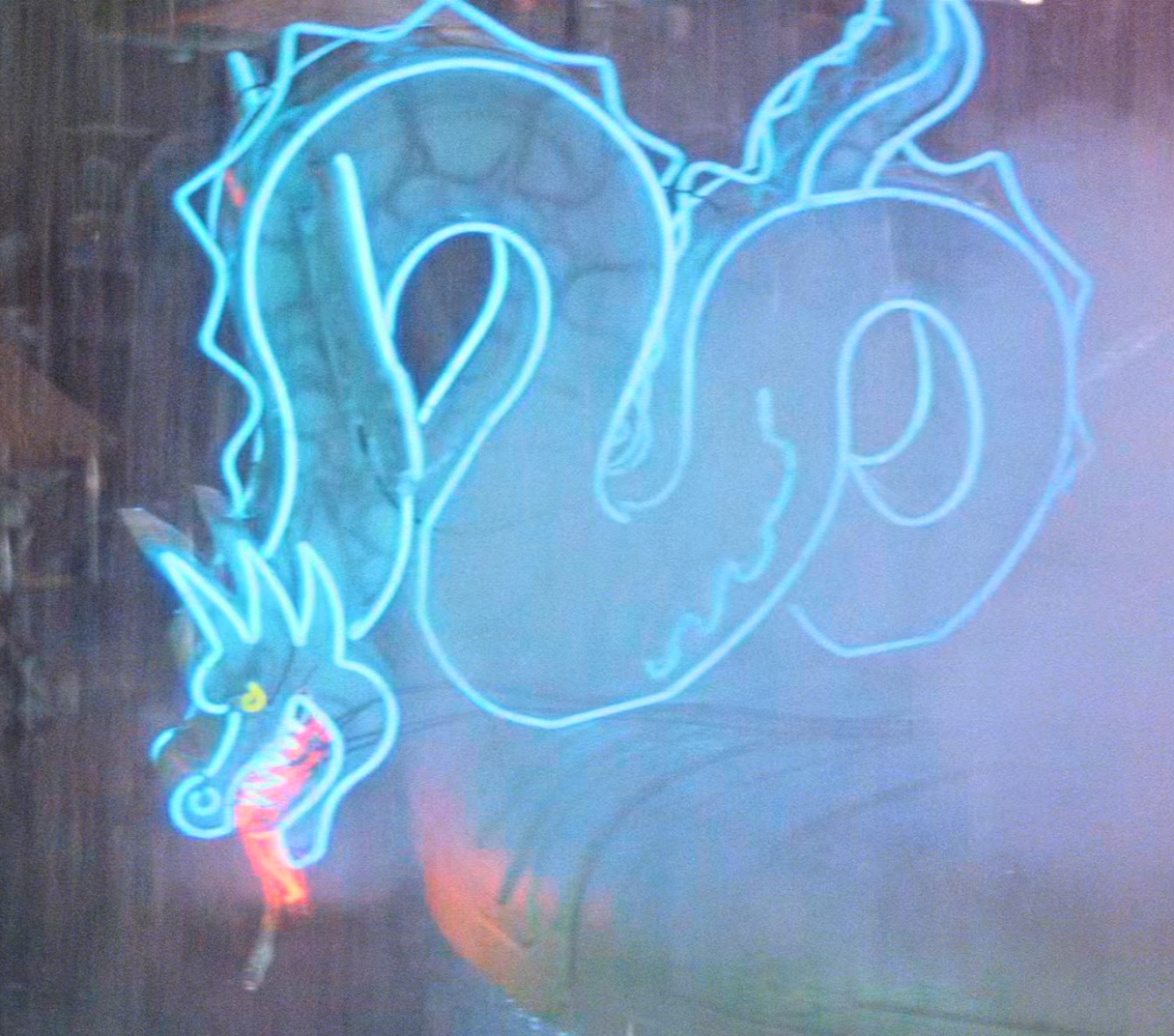 >4k movie screenshot
-to my surprise the solid body has some eyes drawn behind the neon eyes. They're bigger and shifted, but they align when seen from below, the prop was obviously designed to be an overhead sign. 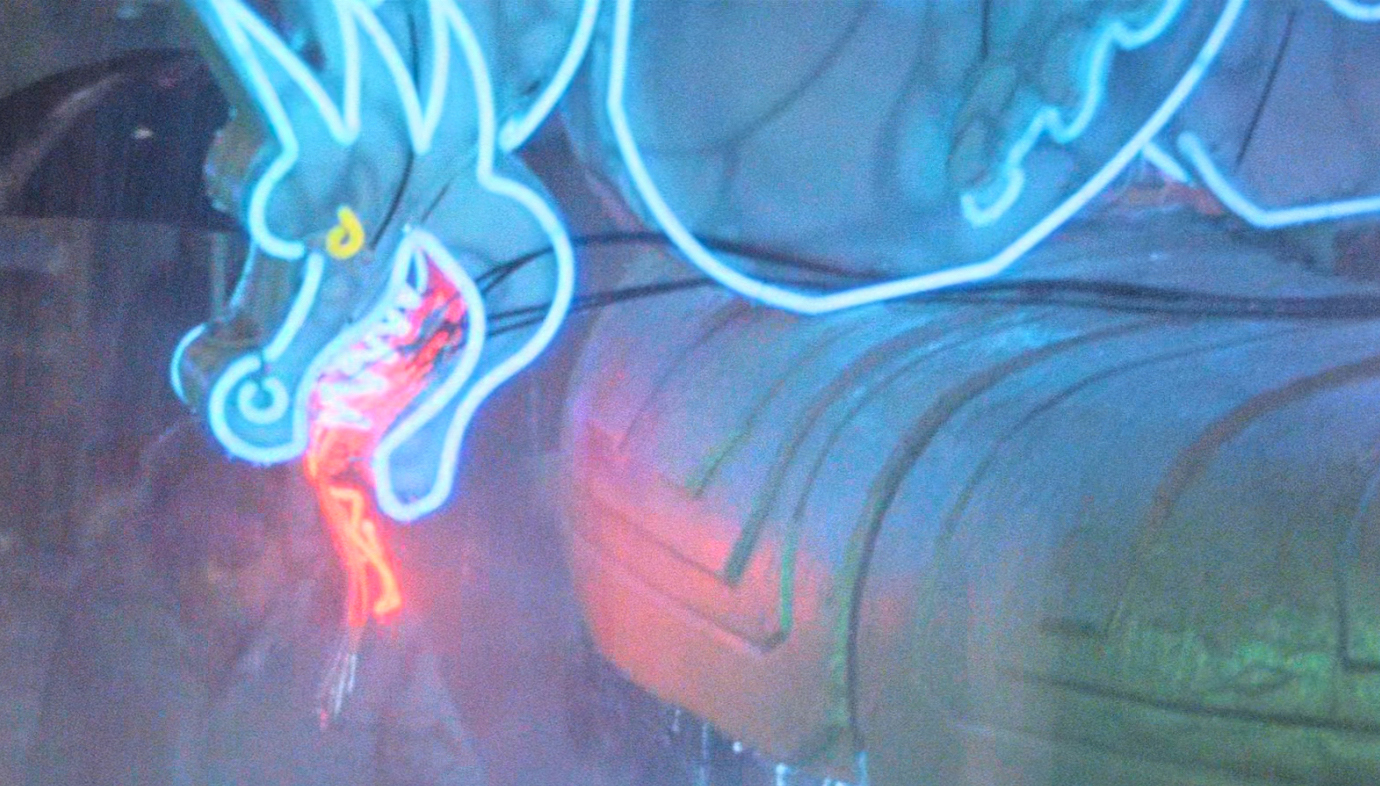 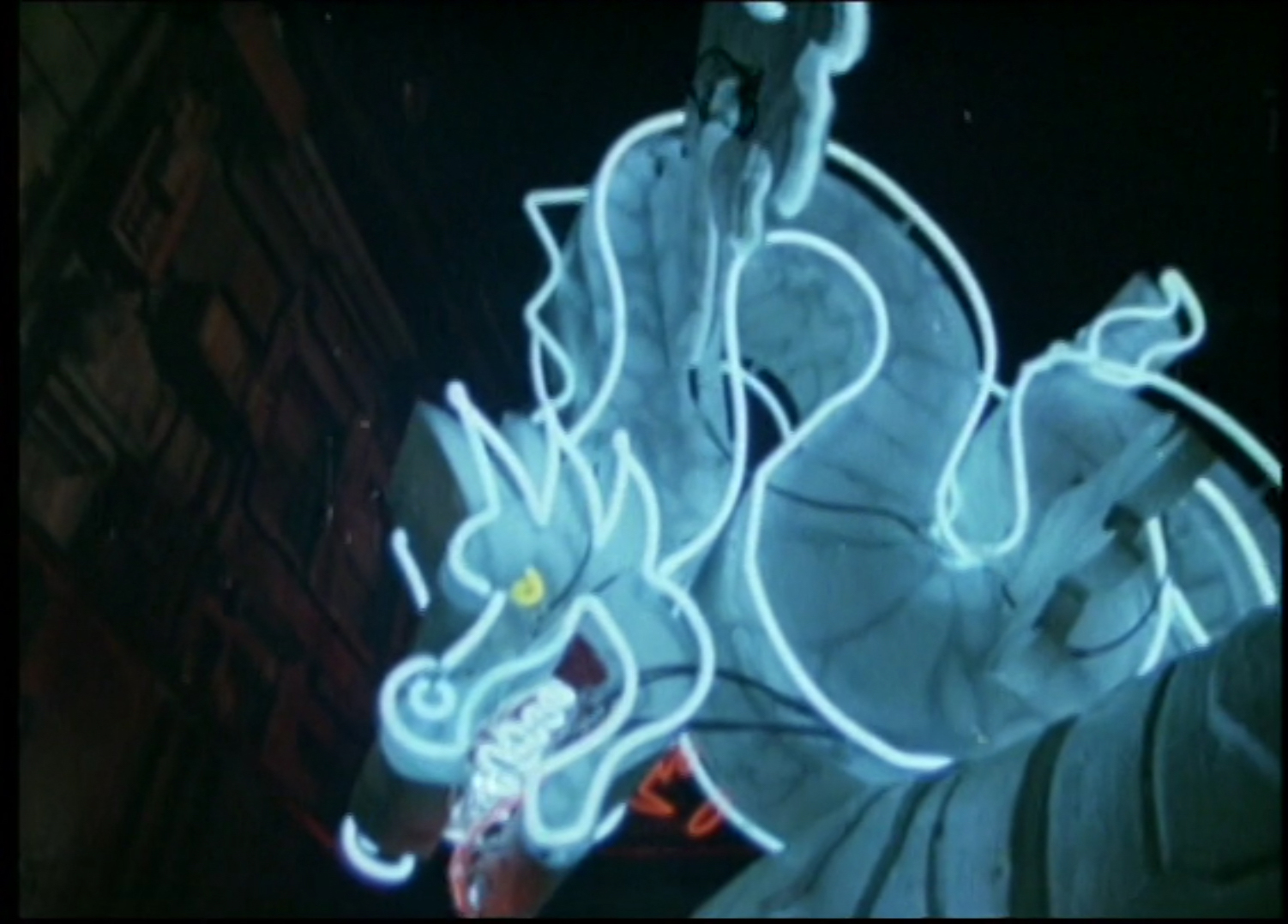 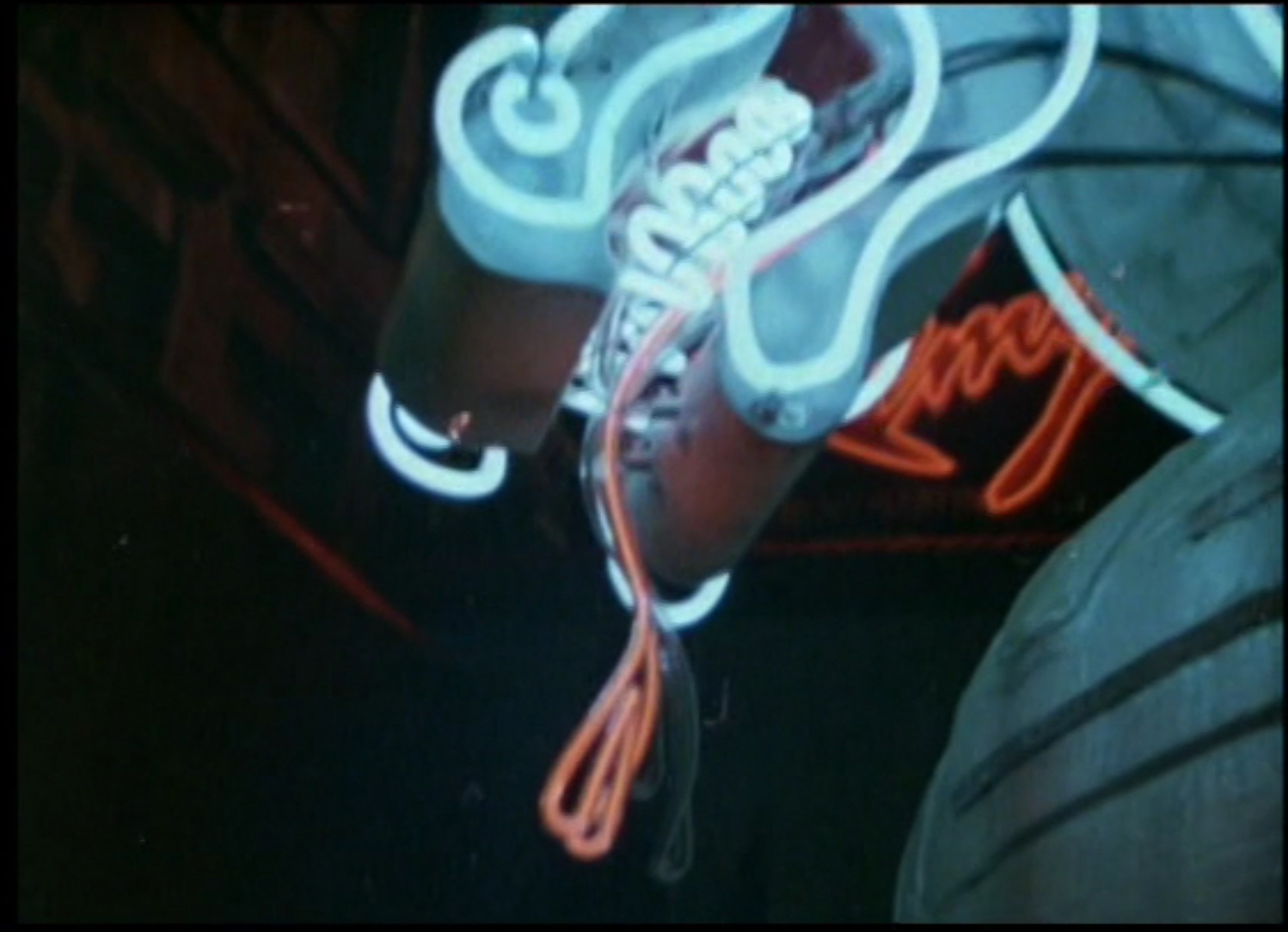 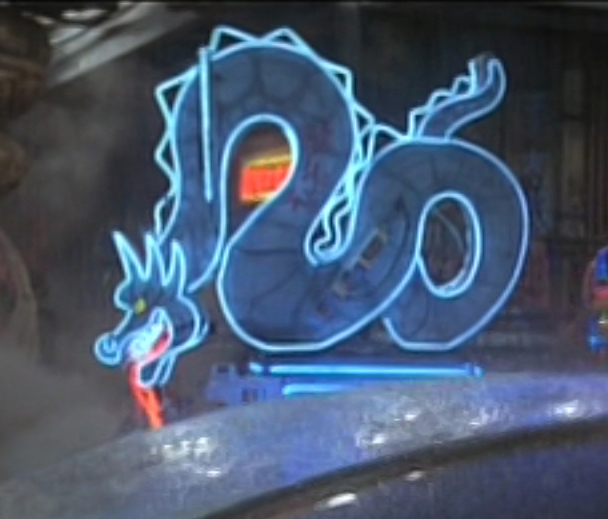 >right side collage of several frames from the 4K movie
-once taken down from the noodle bar roof it was put on a blue neon stripe pedestal
-except for the tongues which are intentionally asymmetrical the thing is almost symmetrical but not completely, neither the neon tubing (the tubes division isn't the same) nor the paint job on the solid body (surly hand drawn). 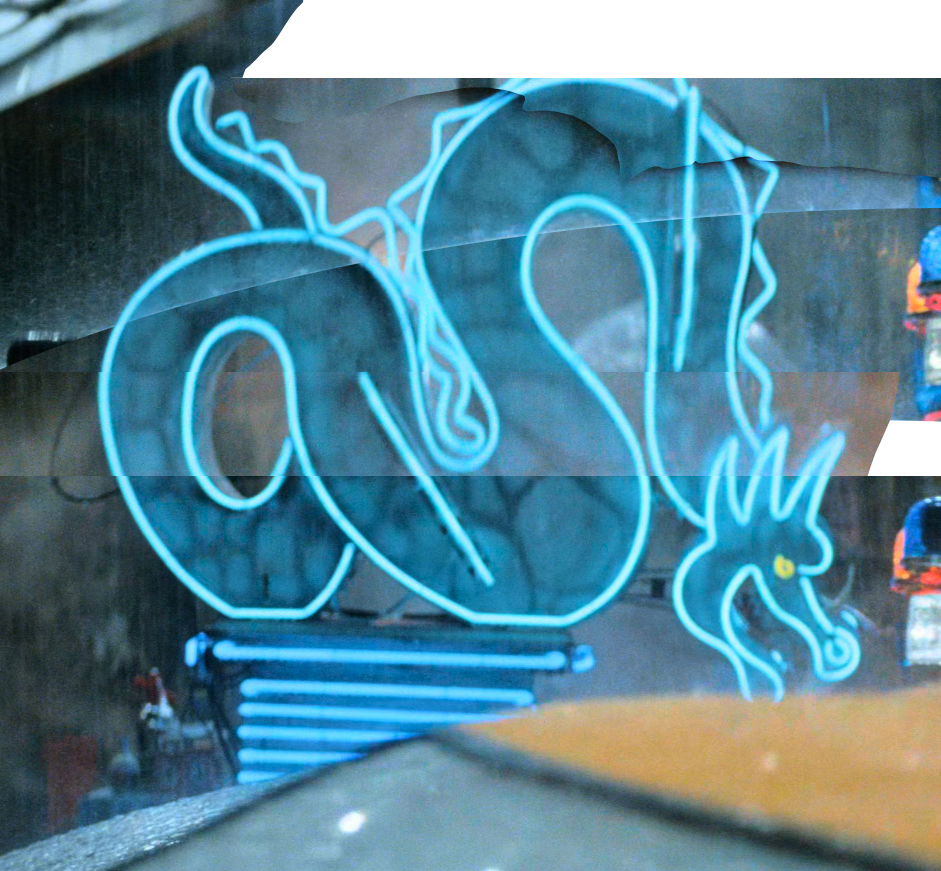 -you can see the arms and legs pretty well here. 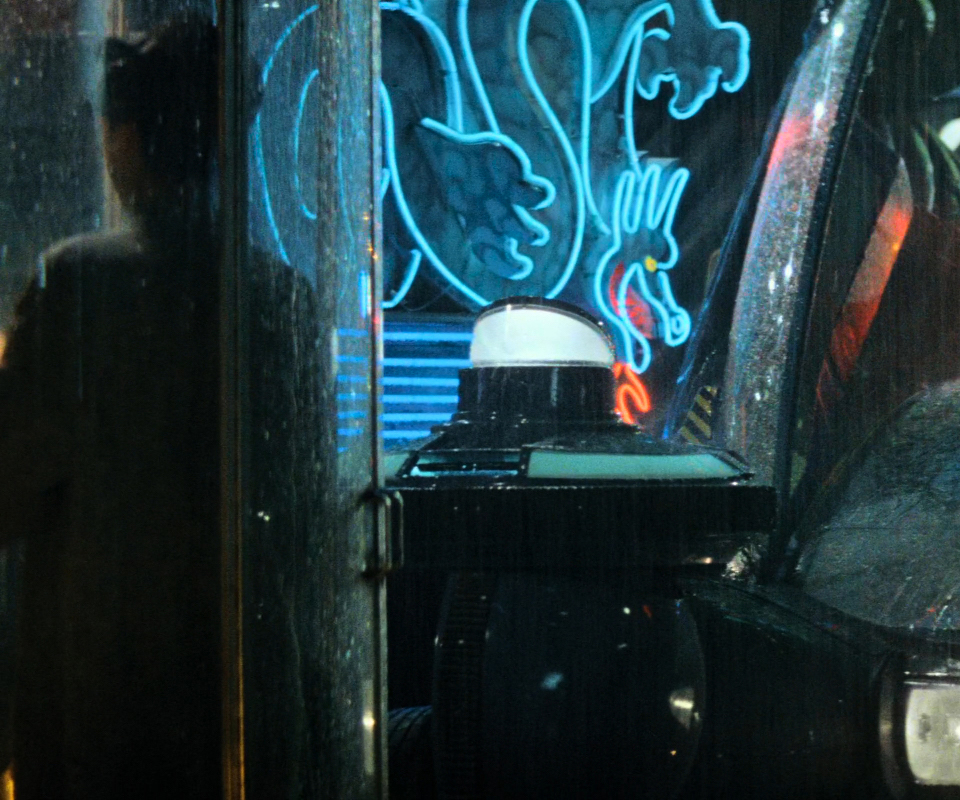 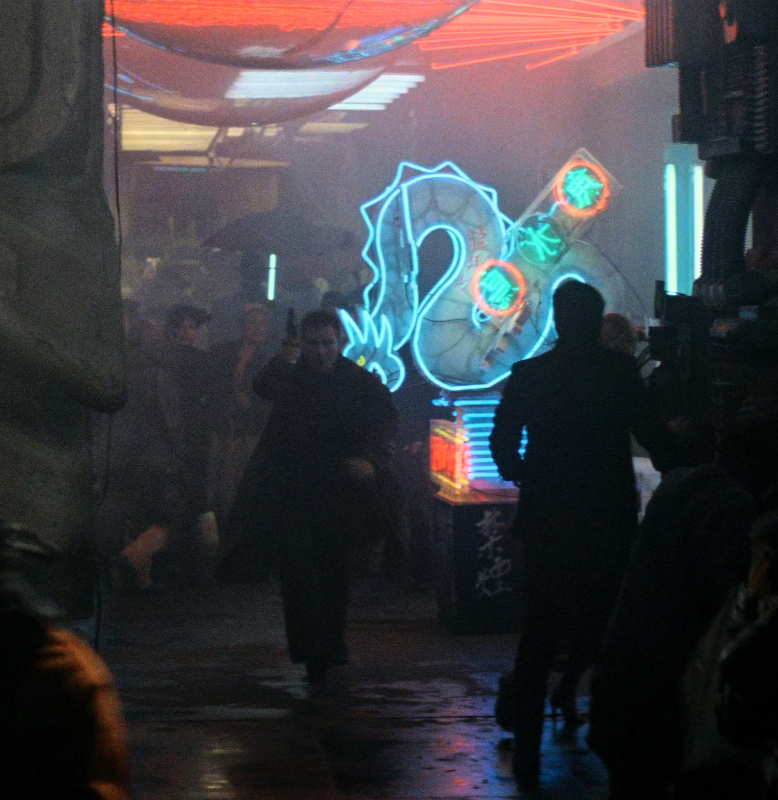 I have now added the pedestal seen in some scenes, plus a few details here and there. I'm trying another render engine for better lighting results, and it's promising. 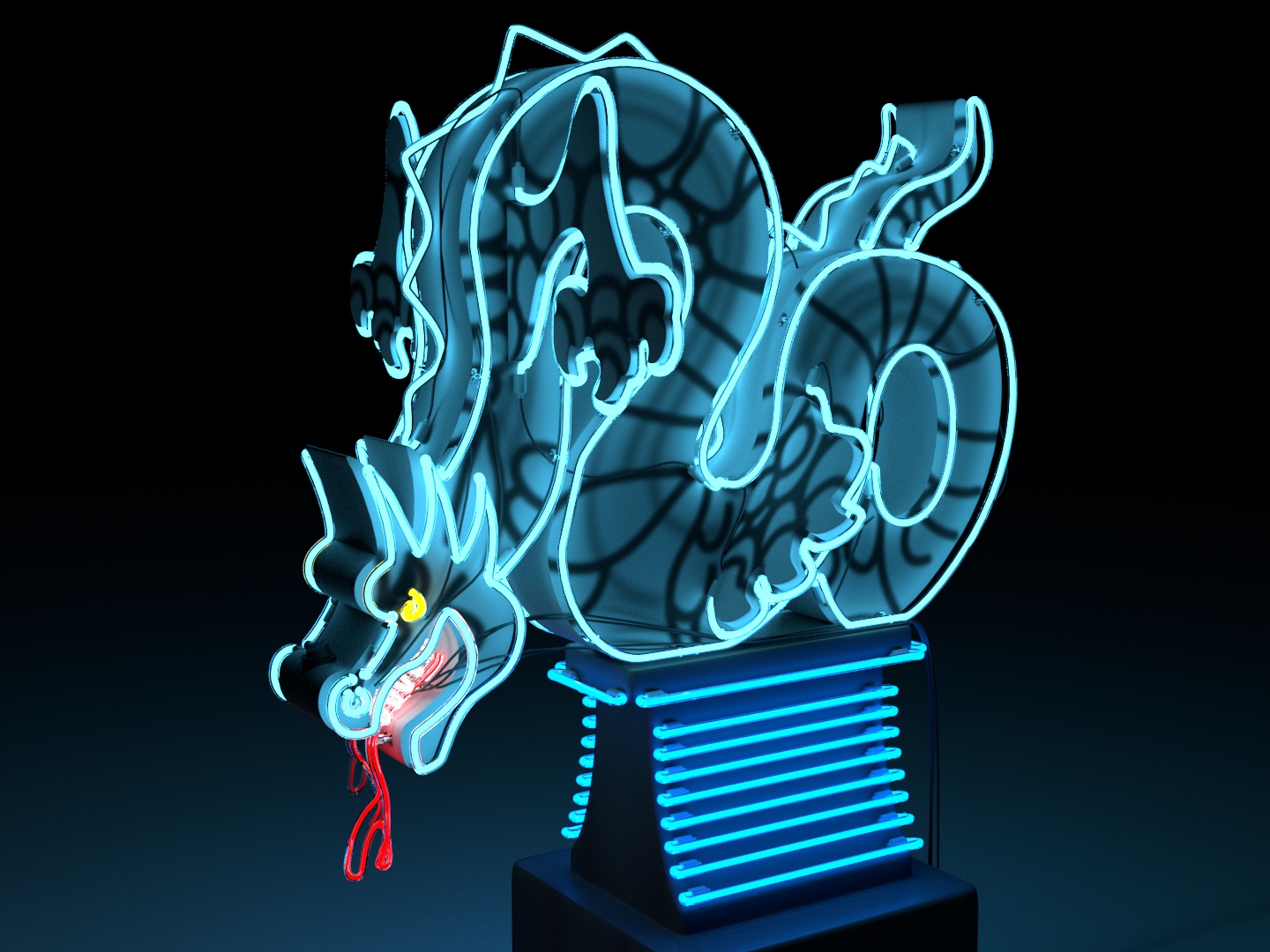 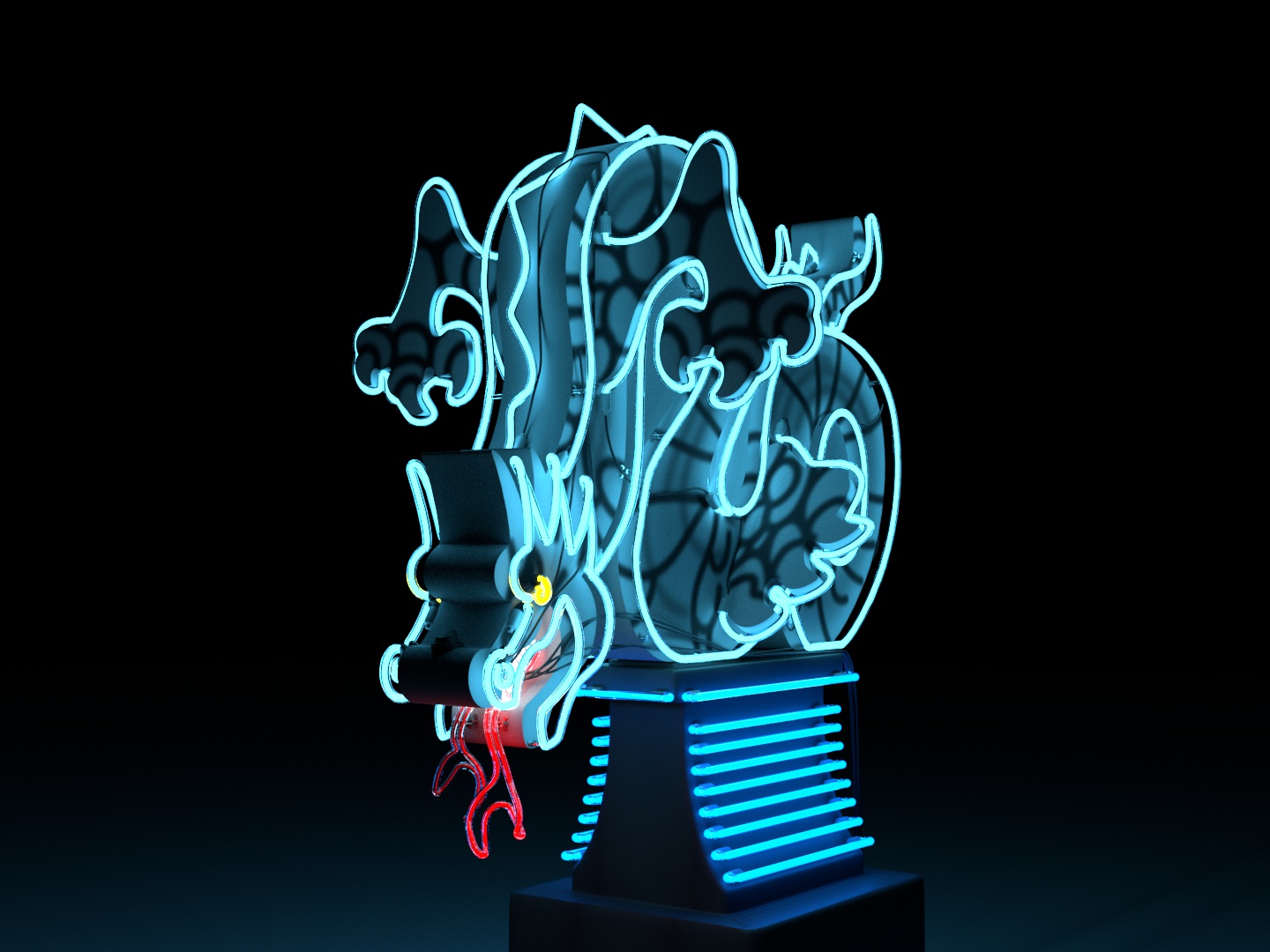 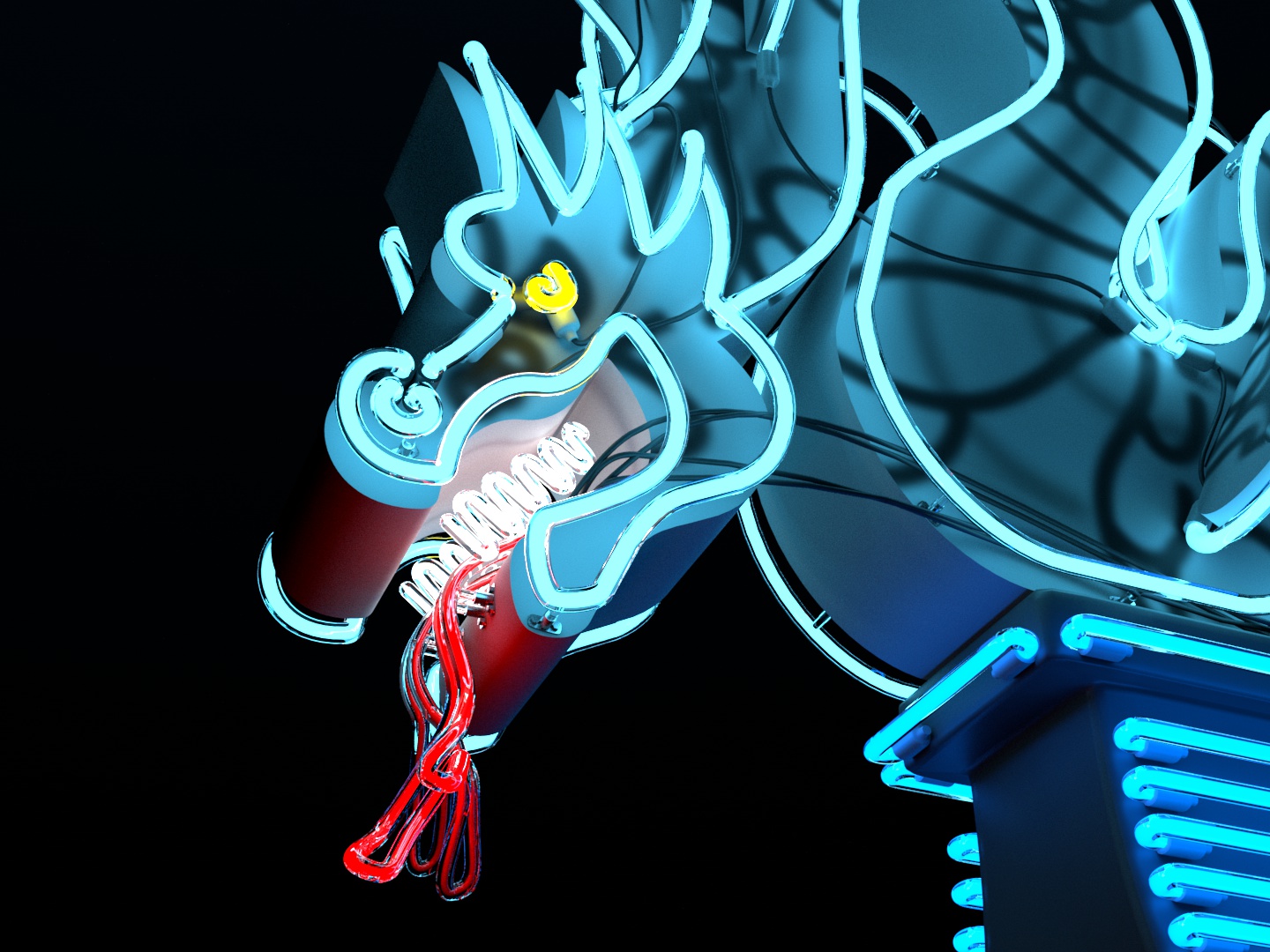 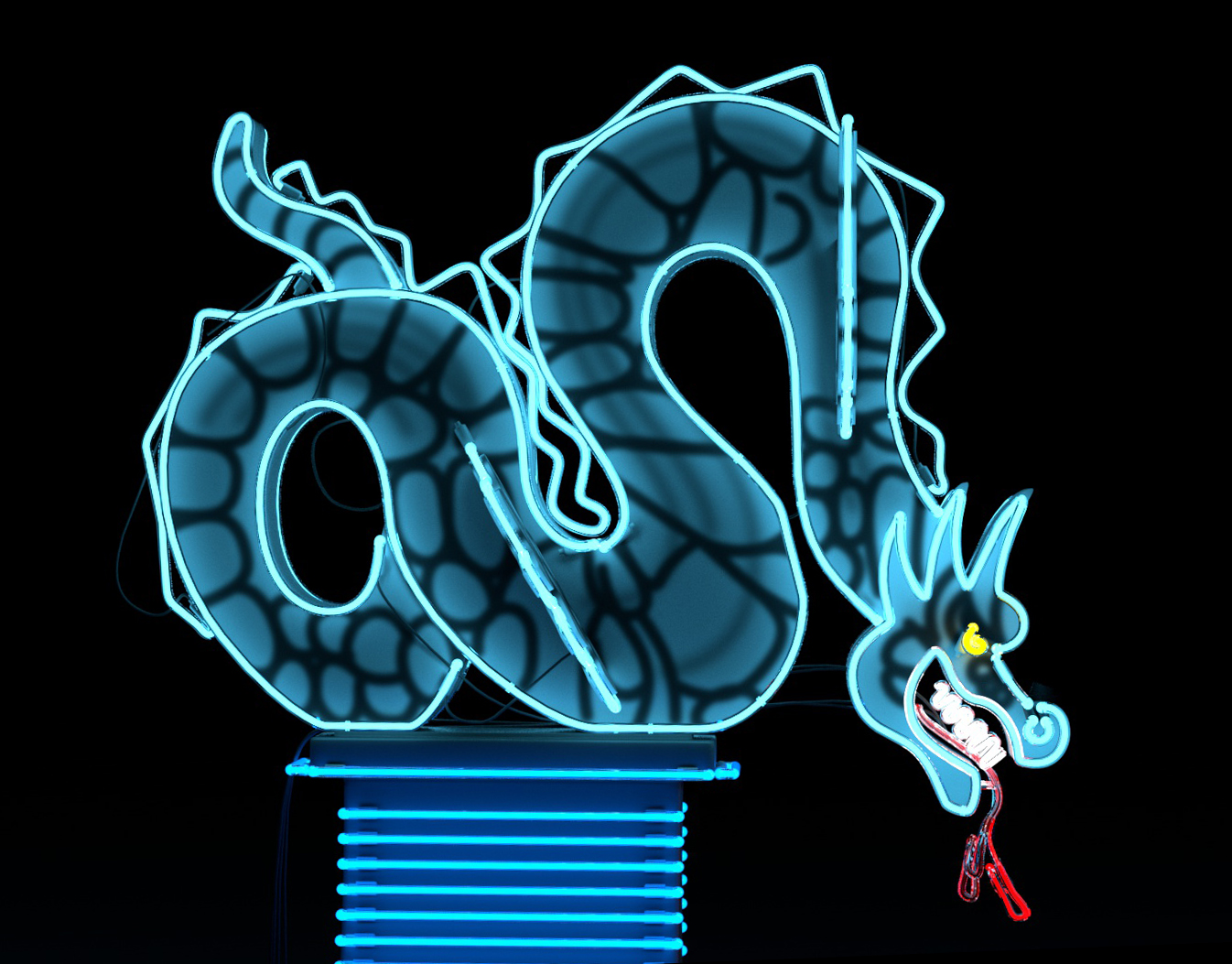 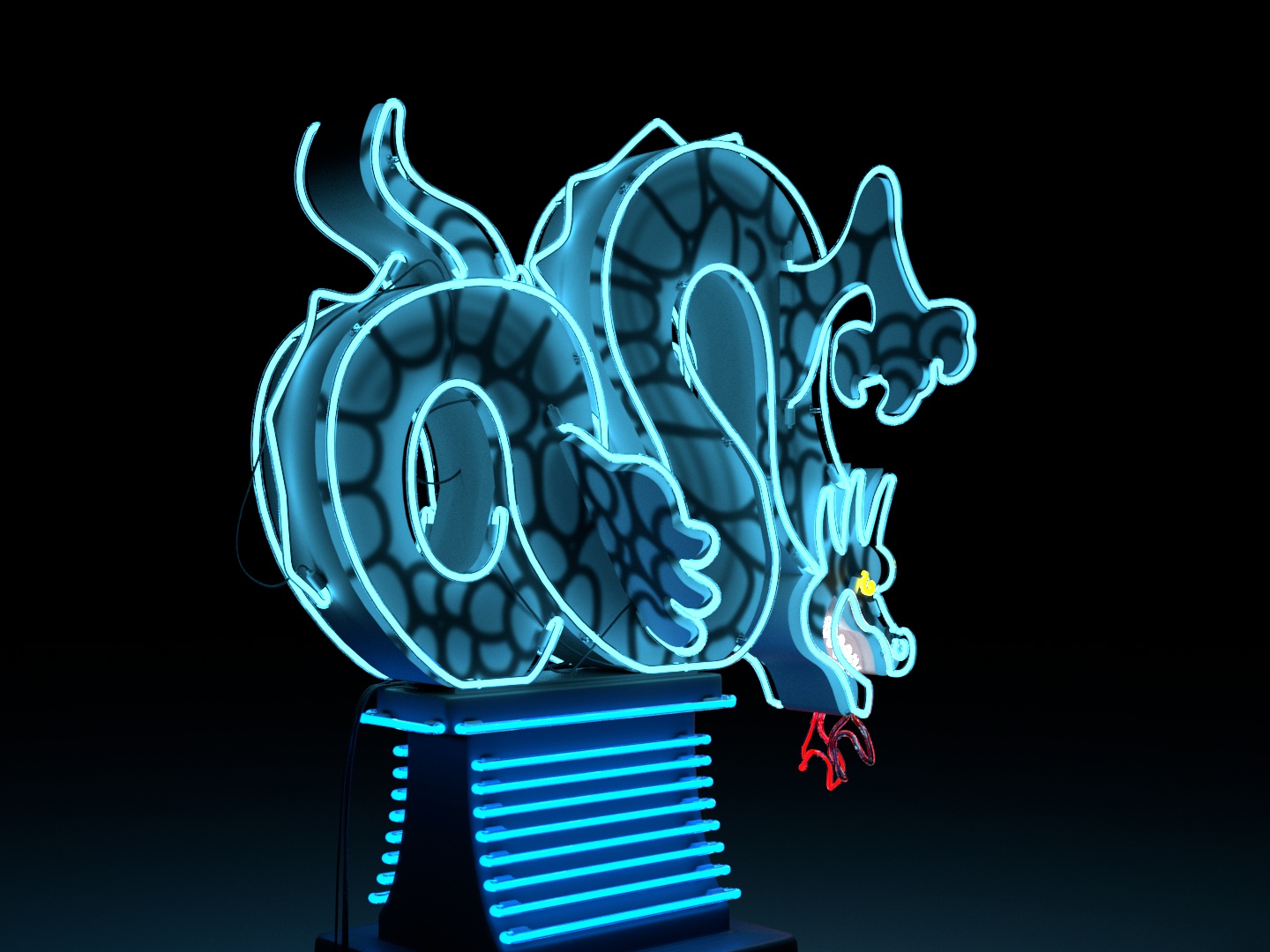 I plan to make a blade runner diorama one day. Would be amazing to include this sign somewhere

RPF PREMIUM MEMBER
looks great mate. by the way,i've got space for you to store your diorama.

This is great! The sign is close to my heart. I made a light-up jacket with the dragon on the back.

centech said:
This is great! The sign is close to my heart. I made a light-up jacket with the dragon on the back.
Click to expand...

That's a cool idea centech! Can we see it?

I can dig it out of the closet and take some better photos, but here's a quick clip from when I actually wore it (on a trip to LA in November '19 )

centech said:
I can dig it out of the closet and take some better photos, but here's a quick clip from when I actually wore it (on a trip to LA in November '19 )

Oh but you made the Star Noodle sign, that's even more nerdy, I love it!
For those interested, the Star Noddle sign is the real life sign made in the 40s in the city of Ogden Utah, that inspired production illustrator Tom Southwell for the White Dragon sign in Blade Runner.
There's a nice article about it here: The Utah Noodle Parlor That's Seemingly All Over 'Blade Runner'

savmagoett Thank you for posting this wonderful collection of reference material! It was very helpful for creating my own 3D version.

CONAN THE BARBARIAN (1982) Replica of the Thulsa Doom Guard dagger