First of HI!!! you guys rock.. i follow your guys on youtube... Sadly i don't got my own custom yet =...(
Any way lets go to the point.
Here in Puerto Rico it hard to find good Predator custom... sad i know but to day on the YMCA there was an anime convention and there i saw... one of the best ever in Puerto Rico... an considering how hot... and i mean HOT it can here in Puerto Rico... this guys had guts to where there Custom for so long... check them out!!

This was me with the guys... 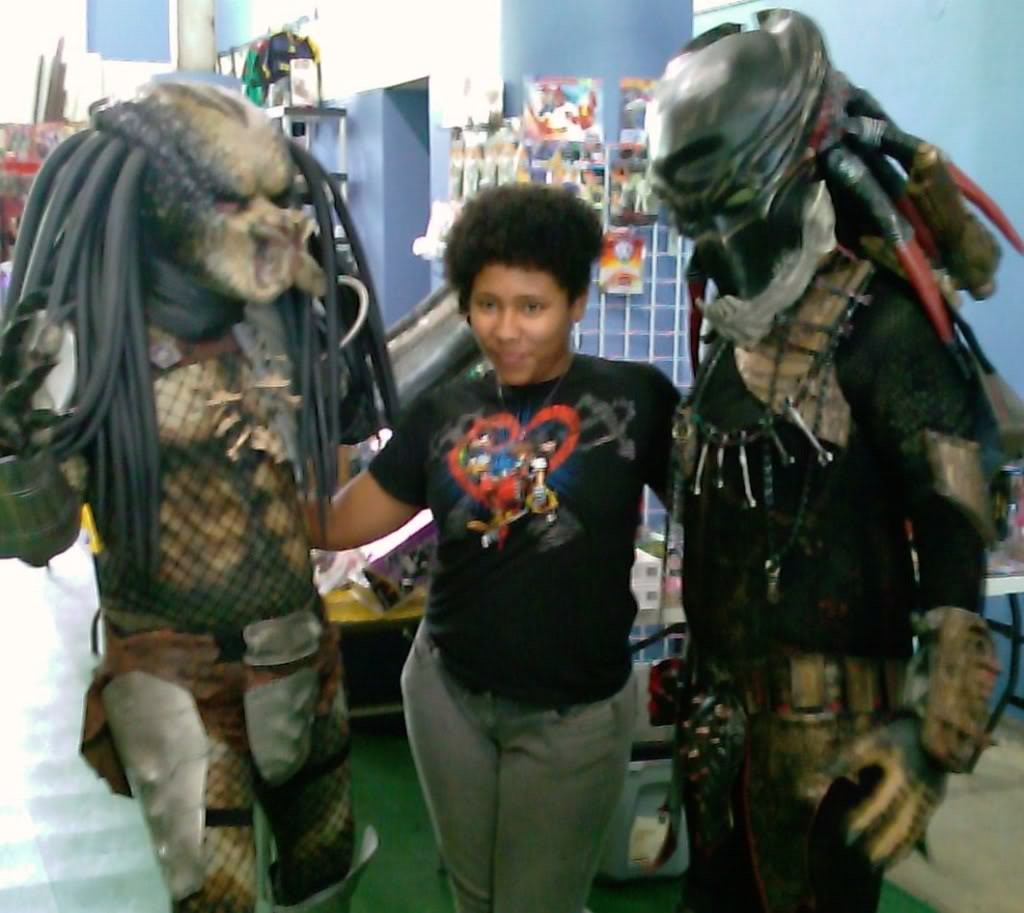 Me hugging one of them 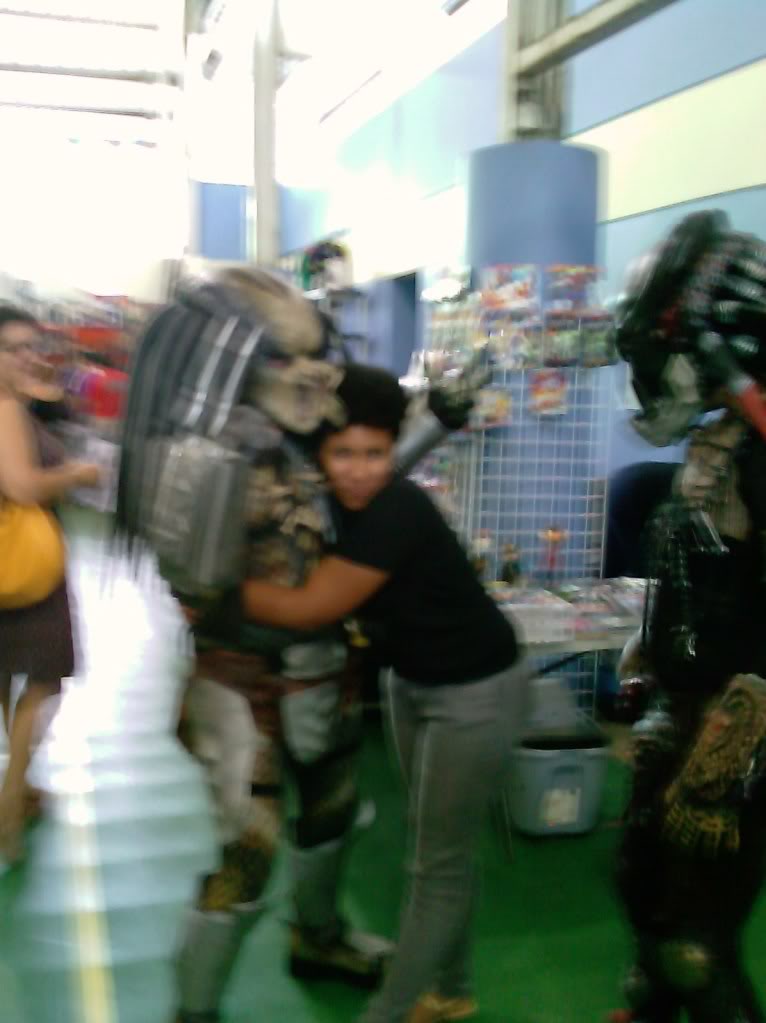 The guy showing off 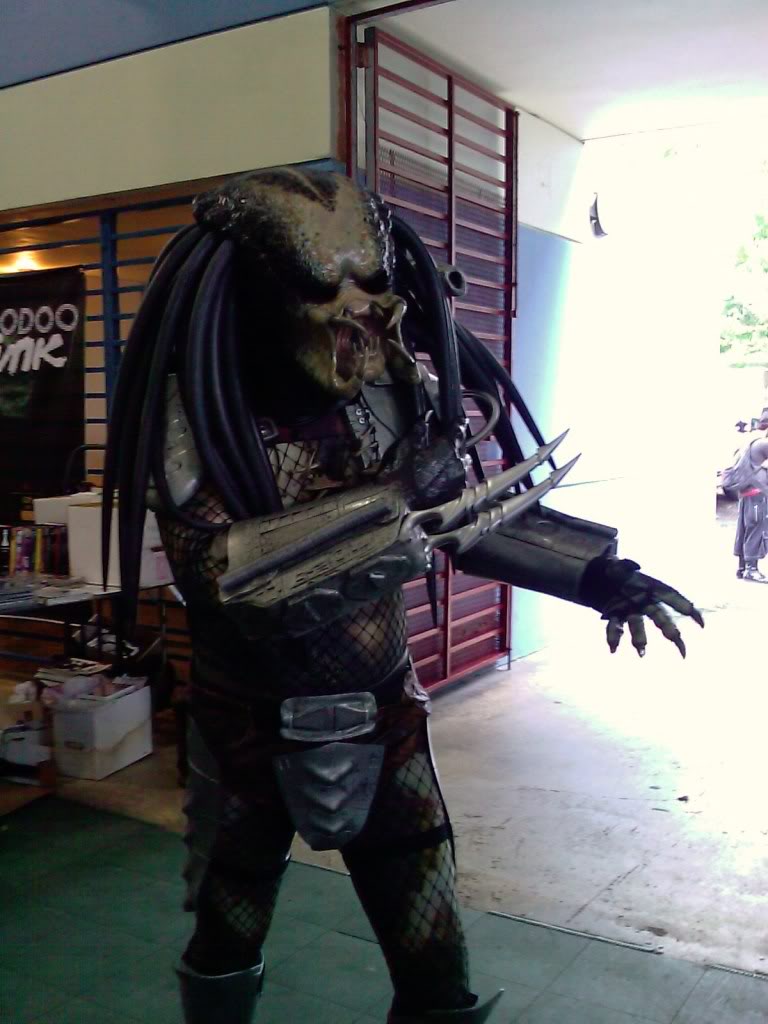 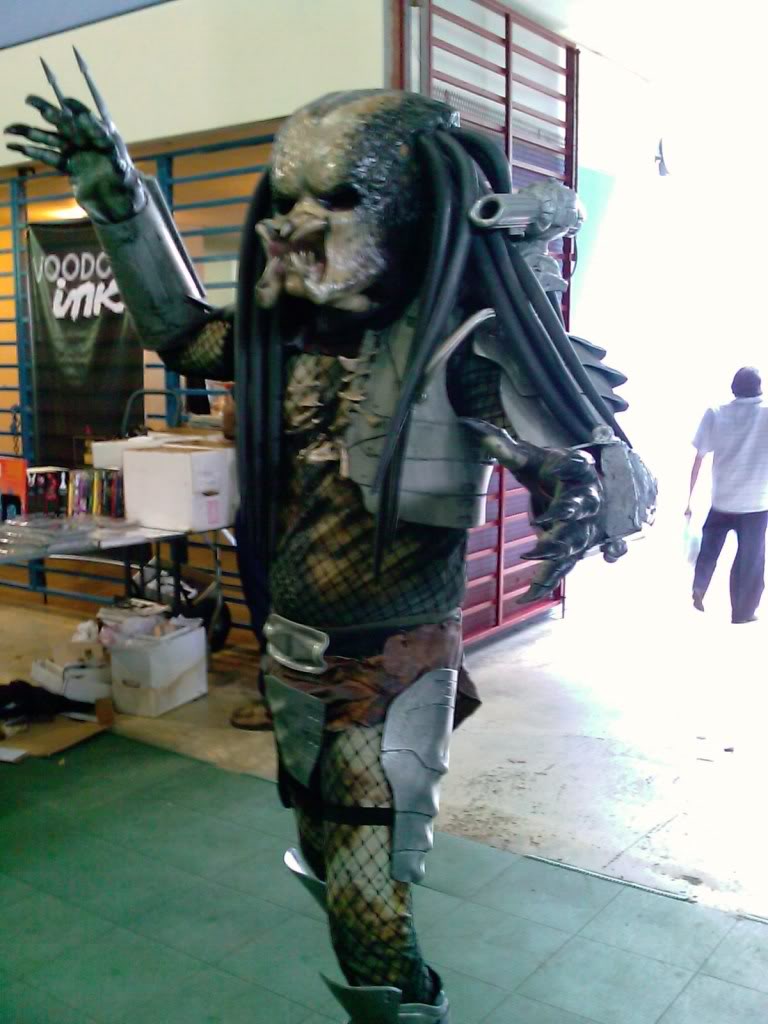 all of the images have been deleted

Ook.. there i think it fixed it. I hope!

AliceFortune said:
Ook.. there i think it fixed it. I hope!
Click to expand...

It does.. And.. WOW Thats awesome!

welcome to the hunt..it may take years to get started on getting yourown suit/masks..but joining in chatting about the thing we like is just as gud...enjoy your hunting onhere,suits look great,do you have any of berserker pred inpict,the one with a jaw on his bio mask

jasp said:
welcome to the hunt..it may take years to get started on getting yourown suit/masks..but joining in chatting about the thing we like is just as gud...enjoy your hunting onhere,suits look great,do you have any of berserker pred inpict,the one with a jaw on his bio mask
Click to expand...

Sadly i did not make nor own these... I was in the convention and i saw both guys... i was shock cause one of the guys had a shirt that said hunter lair... and i was holy mother of god they here in Puerto Rico!!! WoW just Wow i just had to take the pic.

WOW, a year later and NOW I see this LOL!!!!!!
yeah thats me you are talking about and you are way too kind thank you , I love that you liked my costume so much!
by the way, good eye! yes it was me wearing my Hunters Lair ****, everytime I go to a convention I have it on, and also after I take the suit off.

I love representing the Lair here in Puerto Rico, because its like you said, here in PR we fans of characters such as Predator, dont see such things like you would see in the Lair, so I wanted to change that, I even opened a Facebook group for fans here in PR so I could introduce them to The Hunters Lair and all this craziness!

So about my suit, the first version on my suit took 3 months nonstop, to get ready. I worked really hard on it, it took a lot of time, effort, and help from my buds here at the Lair, but it was and still is totaly worth it. the costume was 75% made by me, from scratch and I used it for the first time on the Puerto Rico Comic-Con May 2011. You saw me the second time I wore it at David Comic Clan Convention 2011 after my firsts upgrades, the main upgrade that time being the dreads, that was the first time I used them replacing the baker rod ones I had, thats why they didnt have dreadrings when you saw me . After that I have gone to Kaisen 2011, to Plaza del Caribe at Halloween 2011, to Ponce Comic-Con 2011, to the ScyfyExpo 2012, and a year later to the Puerto Rico Comic-Con May 2012, with the suit but each time with a new upgrade.

Now my predator is retired, by the the time of the Puerto Rico Comic-Con in May 2012, I had upgraded it as much as I could, so he is gone..... 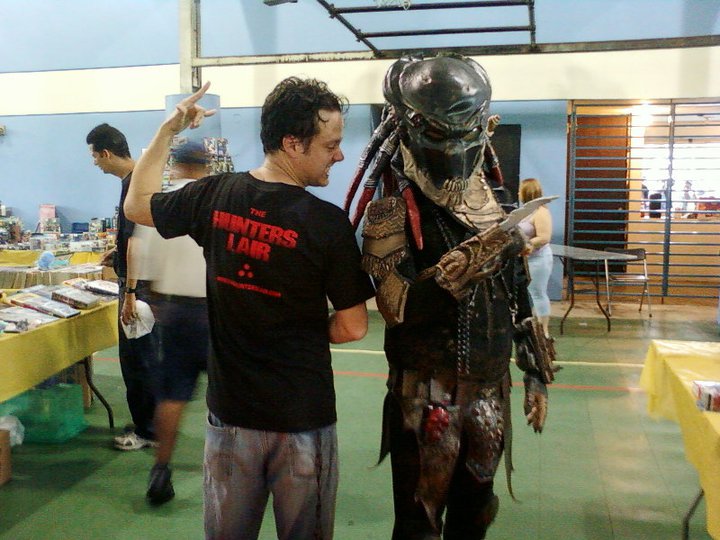 Thanks Gene!
Thats exactly what I wanted; hunts and invasions here in Puerto Rico.

Alpha and Omega
my suit from first appearance and last. 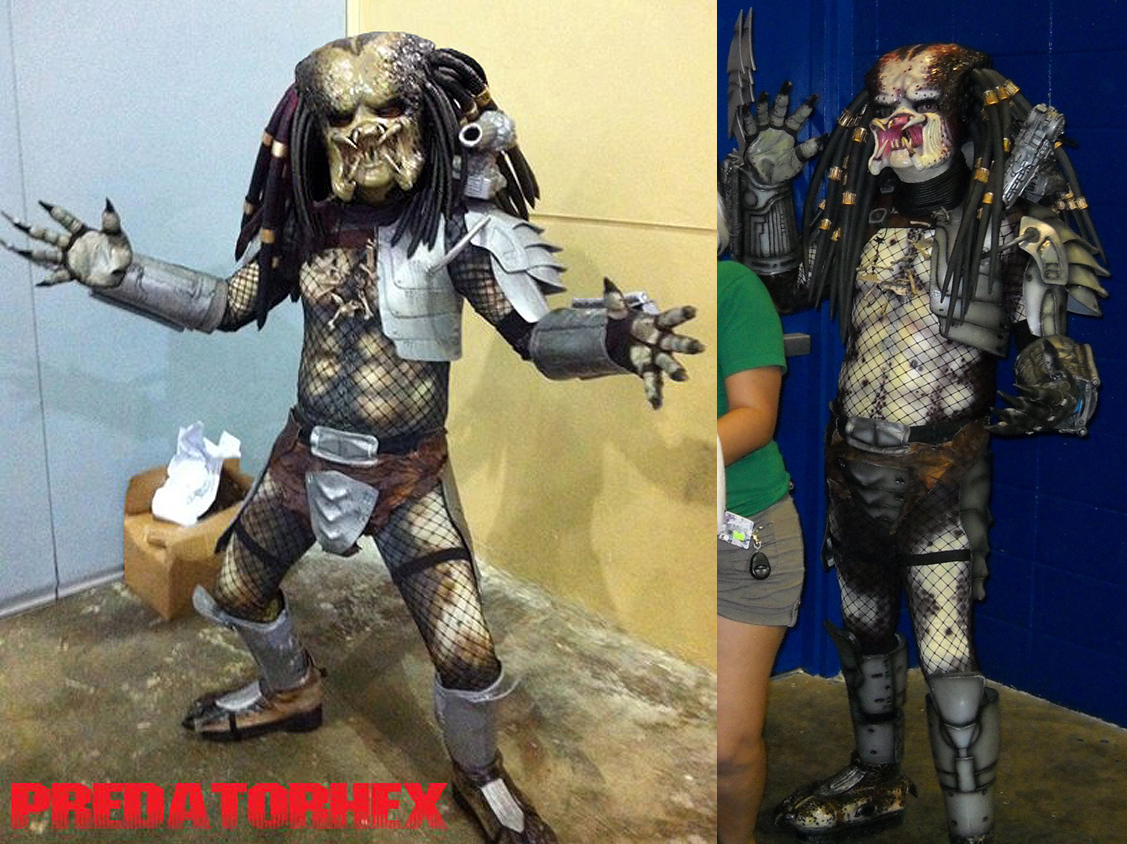