As the title says,...
I recently bought the Aliens NECA figure and the little darling took a header off a shelf and snapped the knee joint, not the pin but the piece that the pin goes thru.
Can anybody recomend a good adesive to mend my poor xeno??
My Neca Wolf also has damged caused by falls. 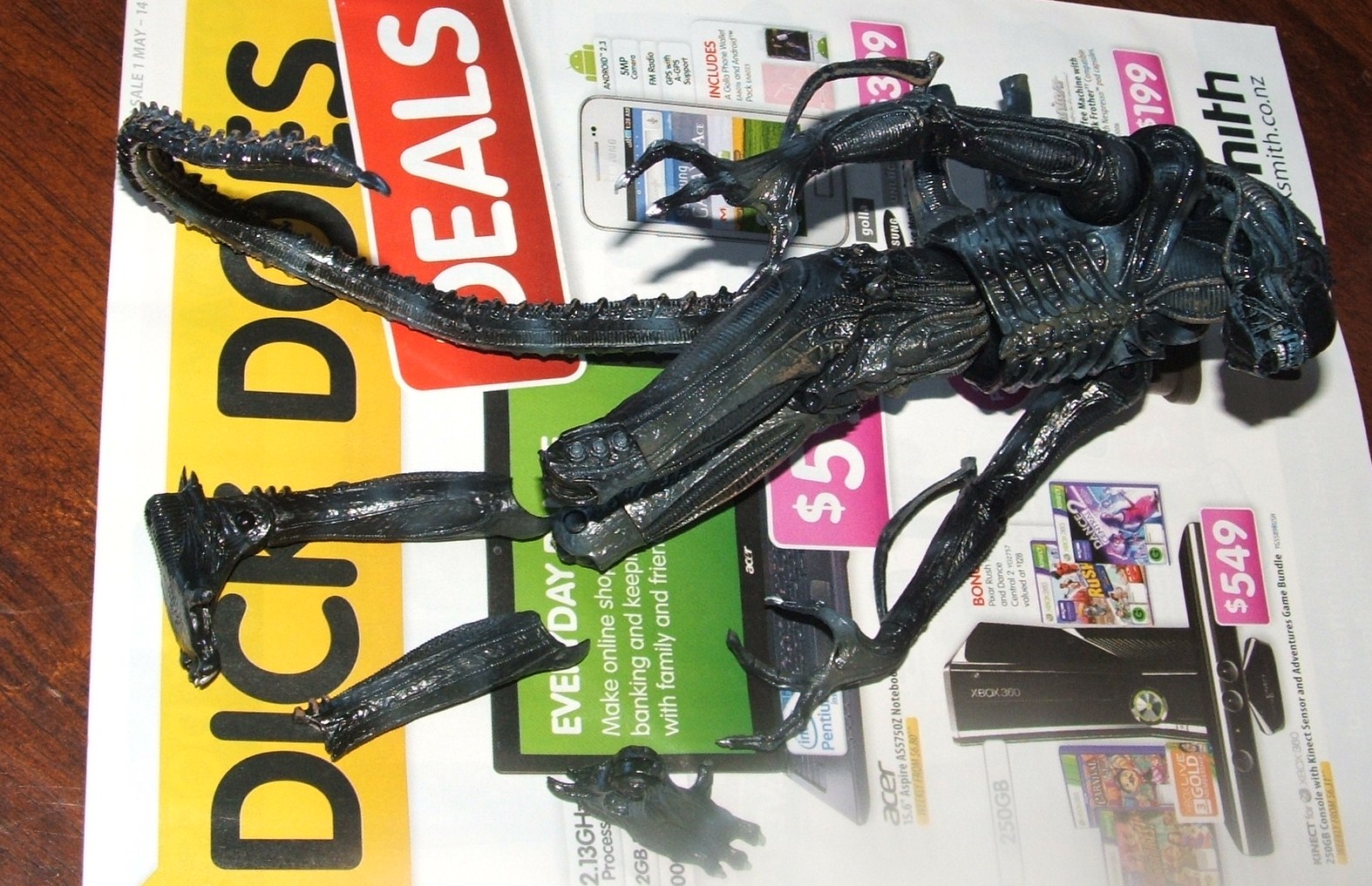 Careful though it does expand.But if you want it to never come apart hes right.

My Alien Warrior took a dive and broke the same way too.Weird.I never fixed it or got it or my Masked Jungle Hunter replaced but they are making P2 articulation Jungle Hunter and rereleasing the Warrior so I didnt worry about it.Just dont use normal super glue.It may hold it but probably not for very long.

ya sorry i was thinking about it today, do not use "gorilla glue" (regular) it does expand, and i would not suggest using it, but "gorilla" has it's own "super glue" that comes in similar bottle and similar consistancy to regular super glue, (and does not expand) dries clear, and is very strong.

sorry i just feel like i shoulda made more of a distinction before, cause i would feel terrible if you did happen to go get regular "gorilla glue" and use it you'd have light brownish foam coming out of you xeno knee a few ours later which is no good, but ya their "super glue" dries clear, fast, and strong... and doesn't expand promise, use it all the time.

I thought the super glue by gorilla does expand, or is there a different type of gorilla super glue? I used it at work but it was white and it expanded alittle.I used a the hell out of the the regular gorilla glue so i figured they all do.

Thanks Guys, i will look in to this.
Hopefully i can fix this so it will remain possable

I use the green and white "krazy glue" that has a picture of the guy sticking to the logo in a hard hat. Stuff is awesome.

Big thank you to all of you with your help and suggestions
I found a "super glue" that does the job.
Disassembled the broken leg (knee joint and ankle) and glued the broken bits back on.
Left them for about 10hrs before reassembling them, checking first that they wil still move.
Now my xeno is back in action.
Last night i had ago at repairing my "Wolf" figure.Poor Wolf has been broken numerous times, loose joints are the culprit!!!.
Anyway reglued the broken foot, unfortunatly it will not be moveable due to the break in the pin attached to the foot.Glued on the back back, alwys "pings" off when the figure topples.
Attached one of the shoulder cannons, not too sure were the other is??. Have moved the figures to a less traffic heavy part of the house

Predator Resin Model - How to Join together