RPF PREMIUM MEMBER
Okay folks. Forgive me if this is too soon, but about a week and a half ago I found an unidentified greeblie on this blaster. I was hoping this thread could be a place where we could work out the rest of the greeblies.

My personal opinion is that the barrel was completely replaced, and the cobbled together thing was molded all as one piece, or the entire barrel was molded separately in some cases, mostly the first one.

We've got the greeblie with 4 dots

But finally, that button. it says CE on it, clear entry. It's got a fat font, and is misprinted... offset to the right and high 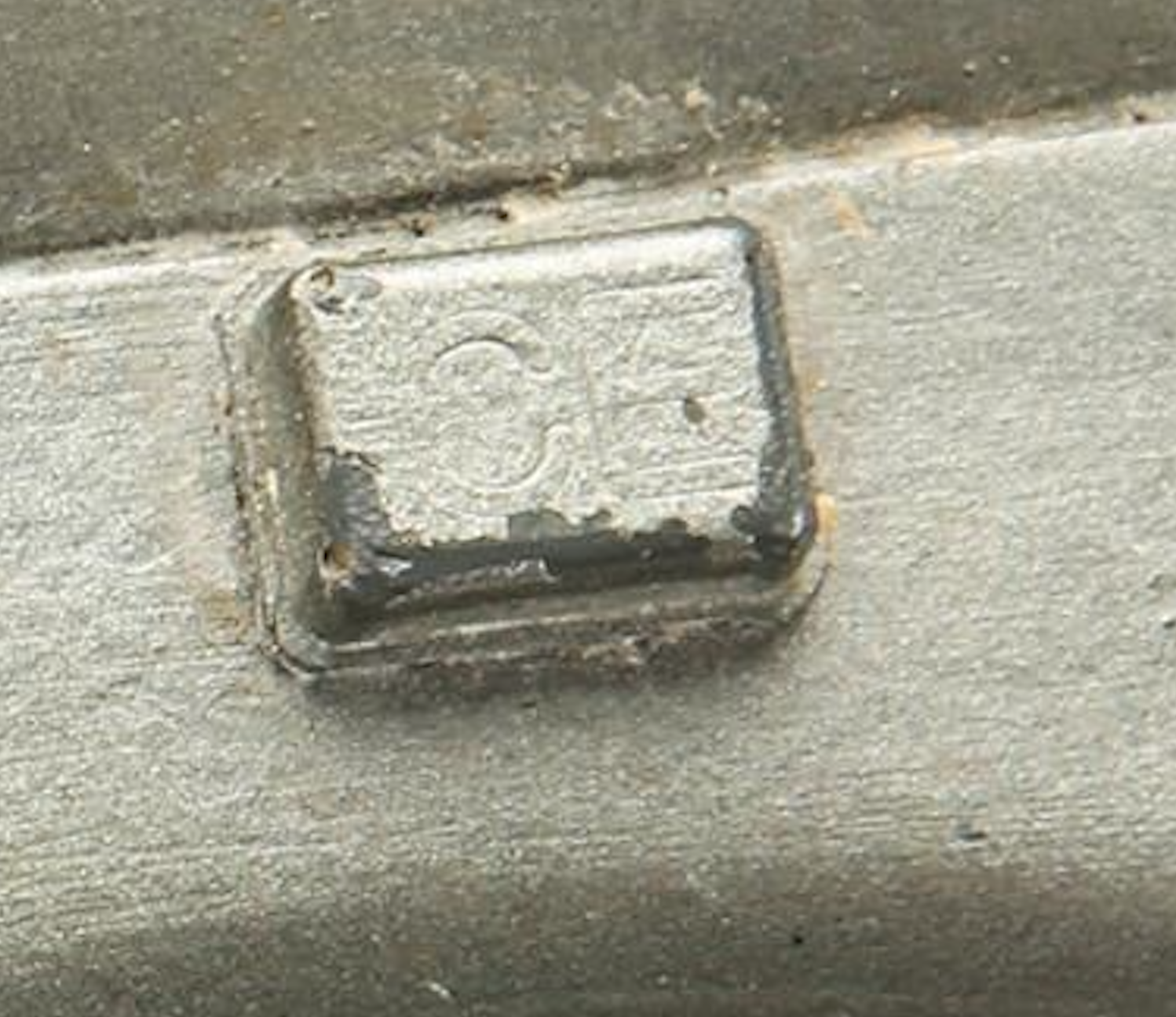 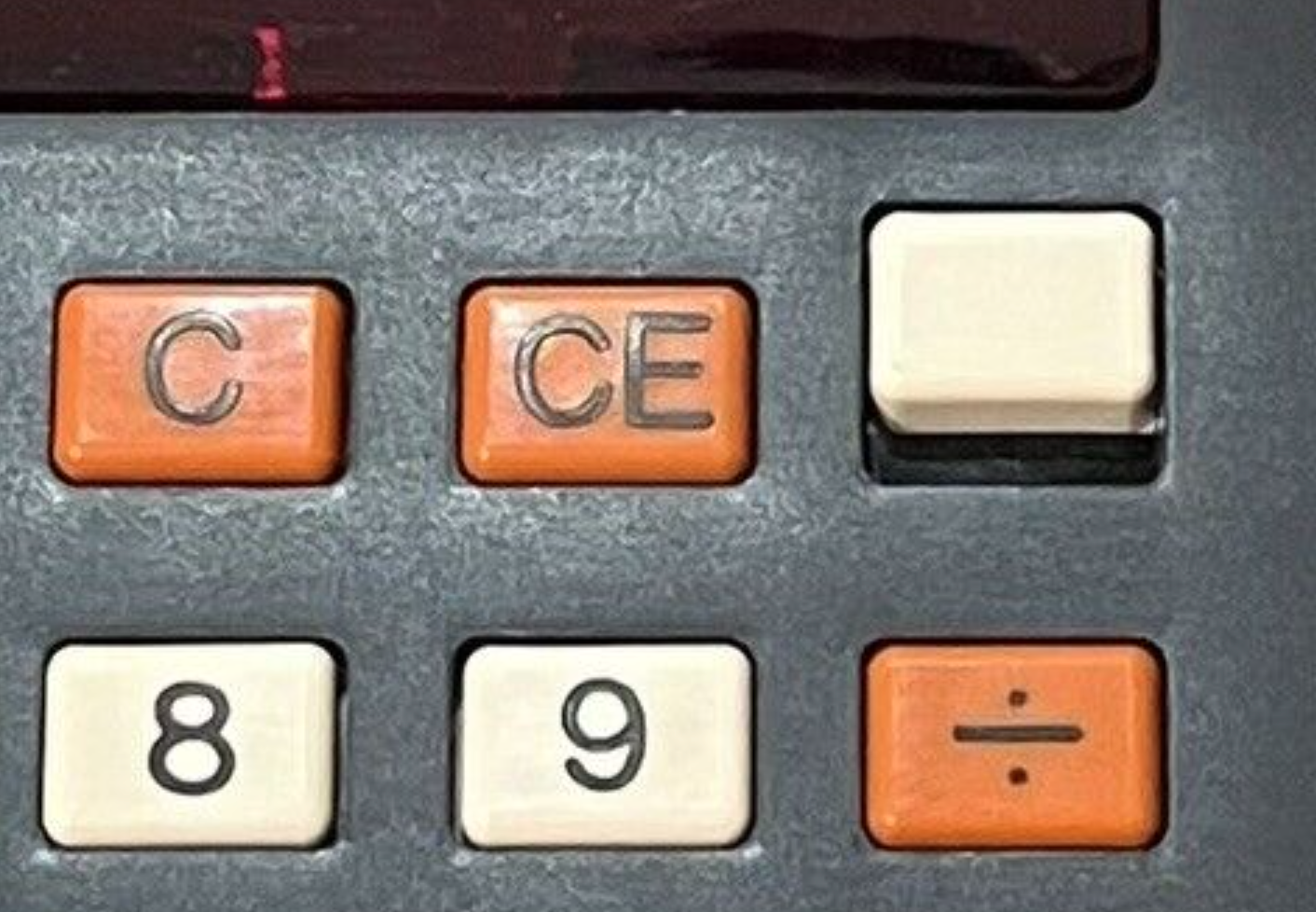 this is a calculator button from, specifically, a Gillette GPA Calculator. It's made by Sinclair, an English company. It looks similar to the Oxford 100, and I suppose if you didn't care about the lettering, there are a number of Sinclair Calculators that could work! The exact one, though, was the Gillette version. Thanks to lonepigeon we know it was made before the Oxford 100, with numerous font changes. These buttons, unlike the Oxford and later models, are two-piece and solid. The number itself is either snapped in from the back or liquid filled..... this is why it shows up so well in the blaster mold, there is literally a seam line around the entire detail. 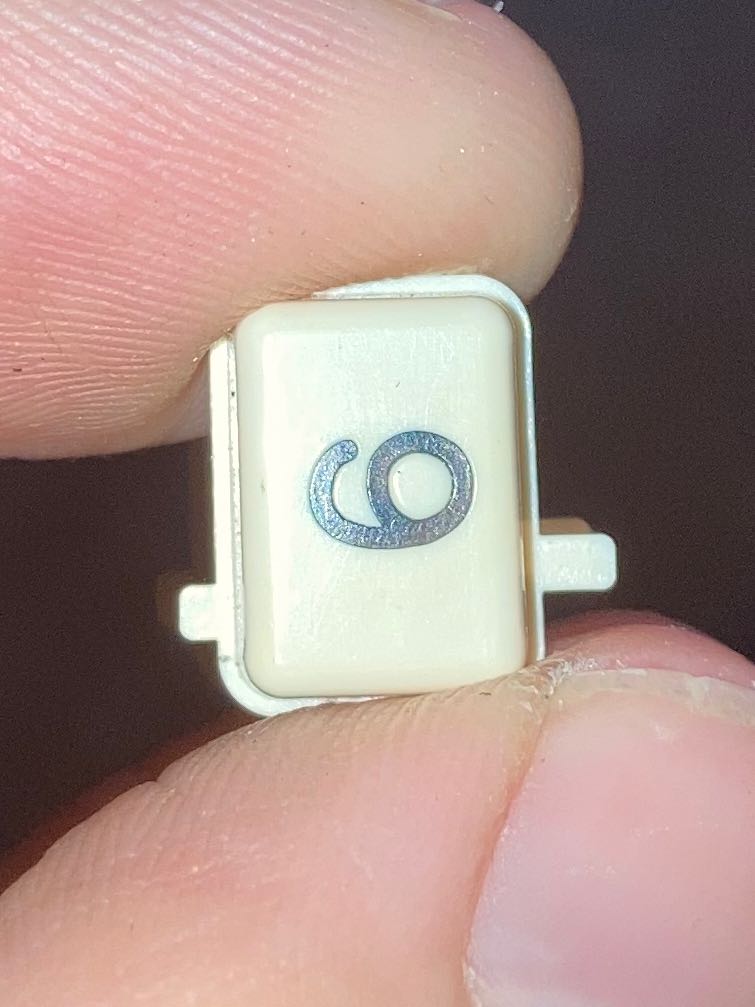 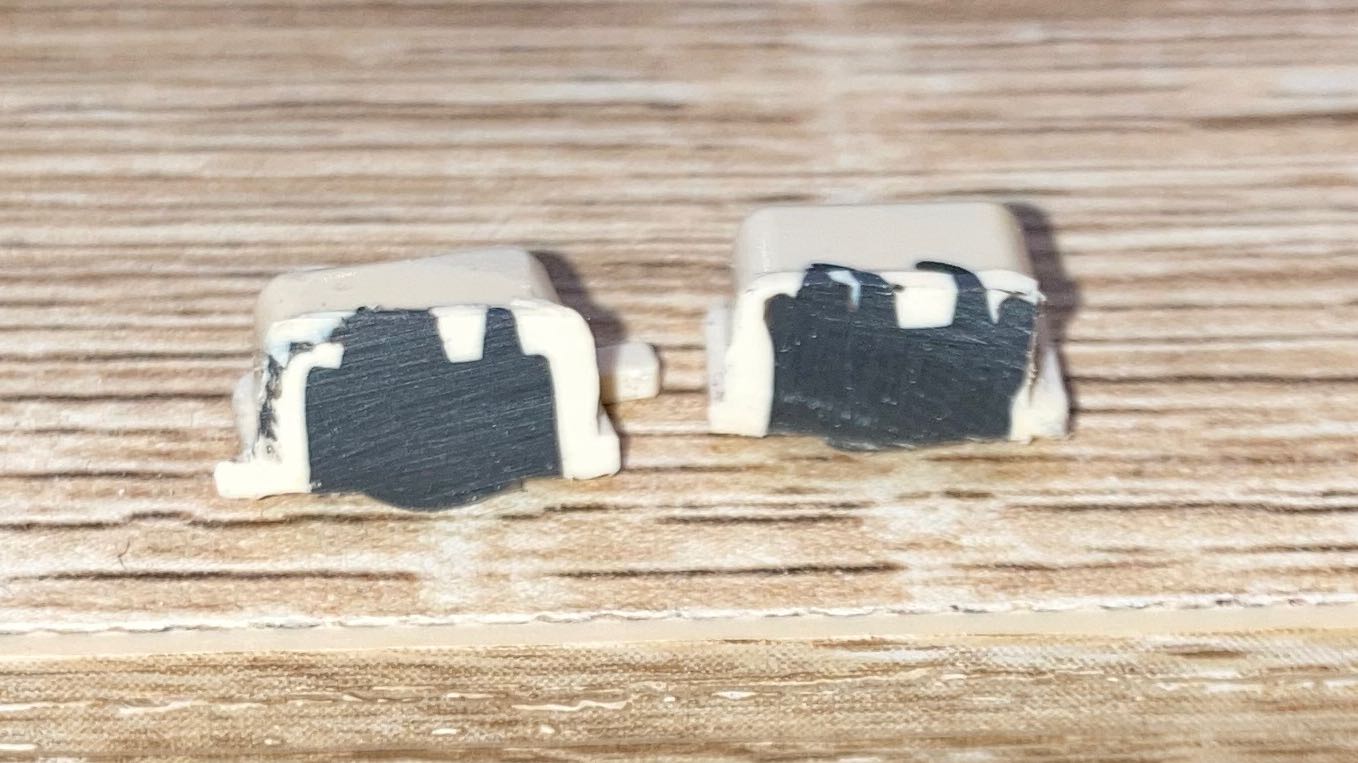 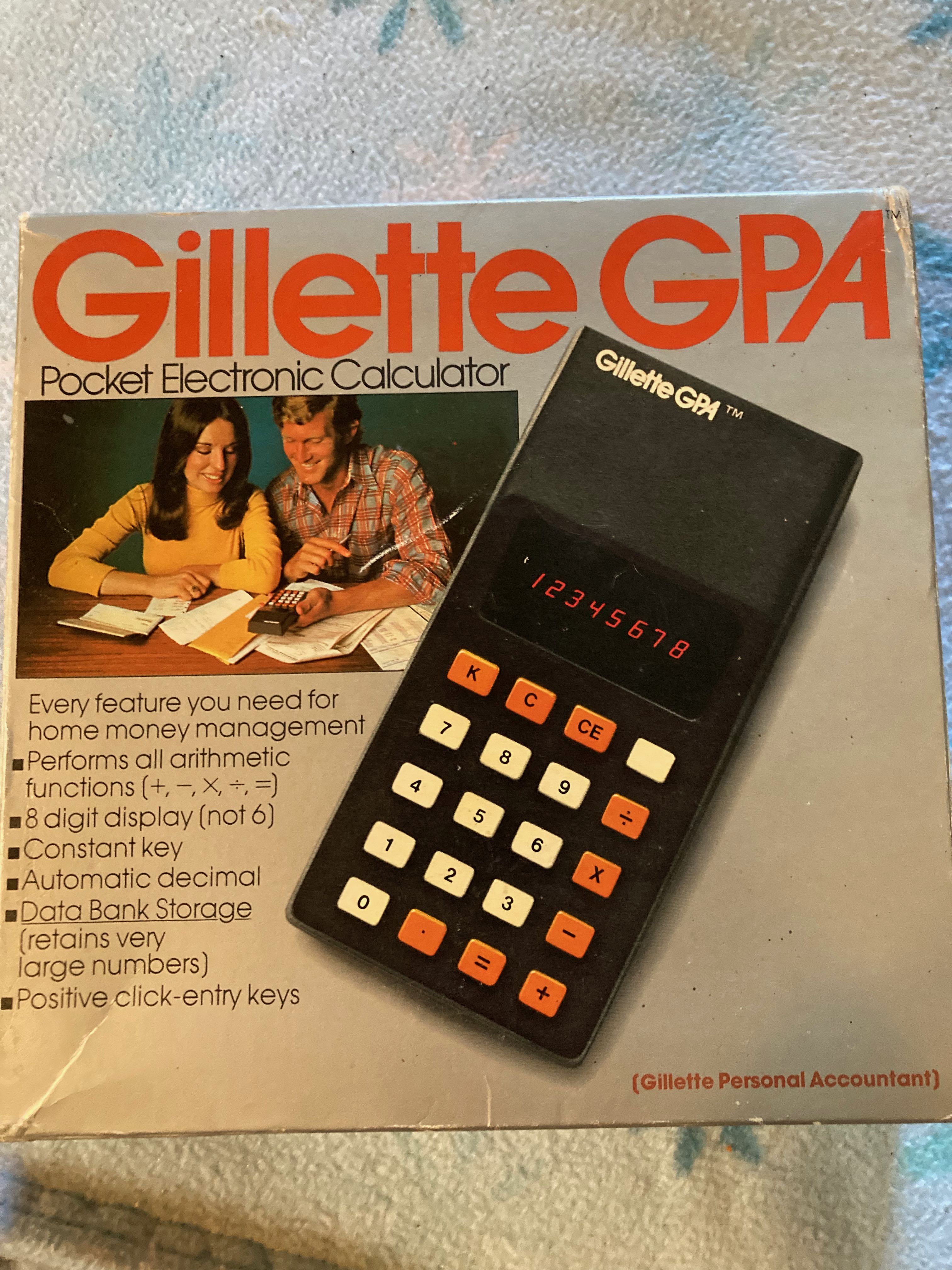 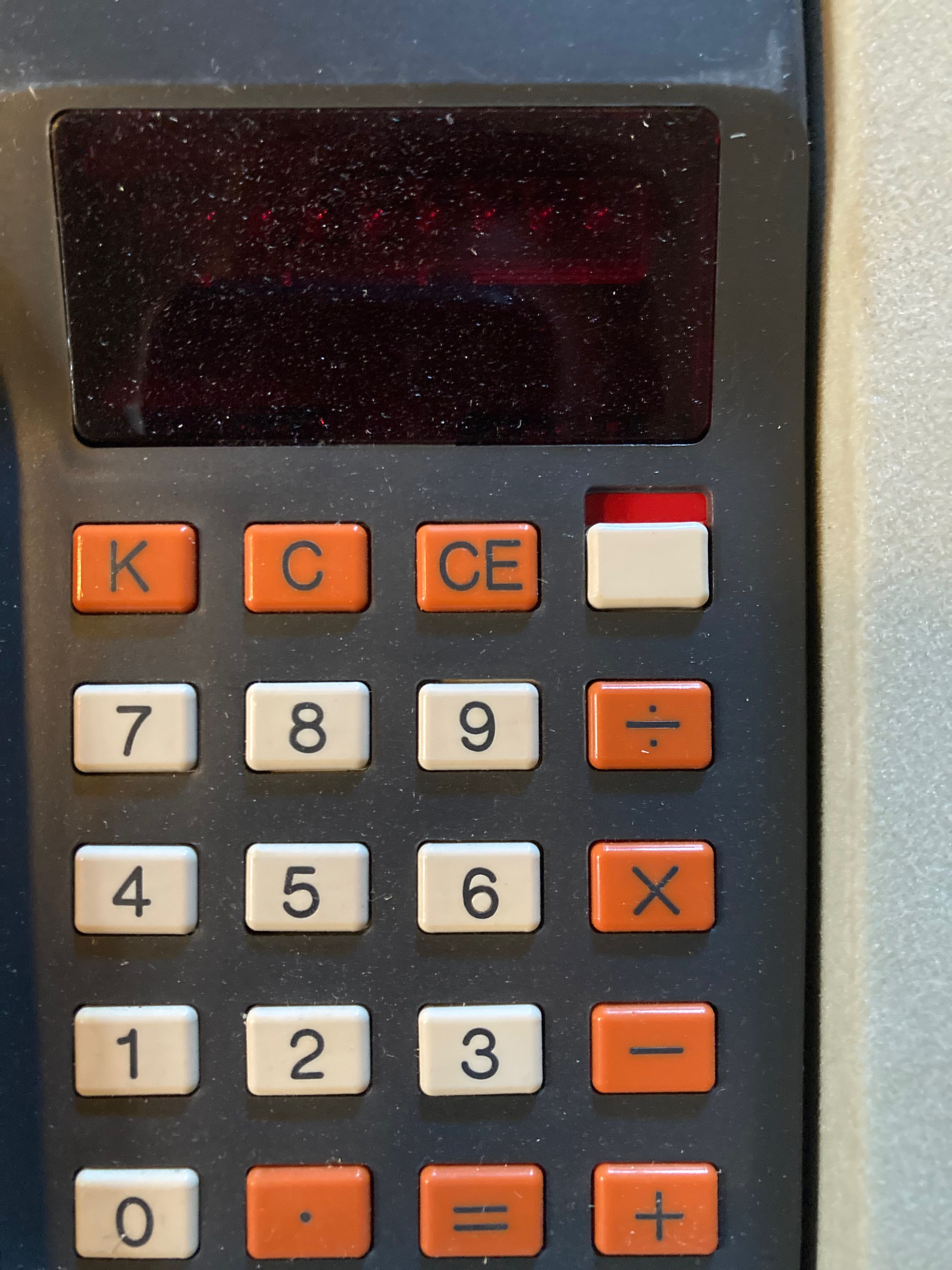 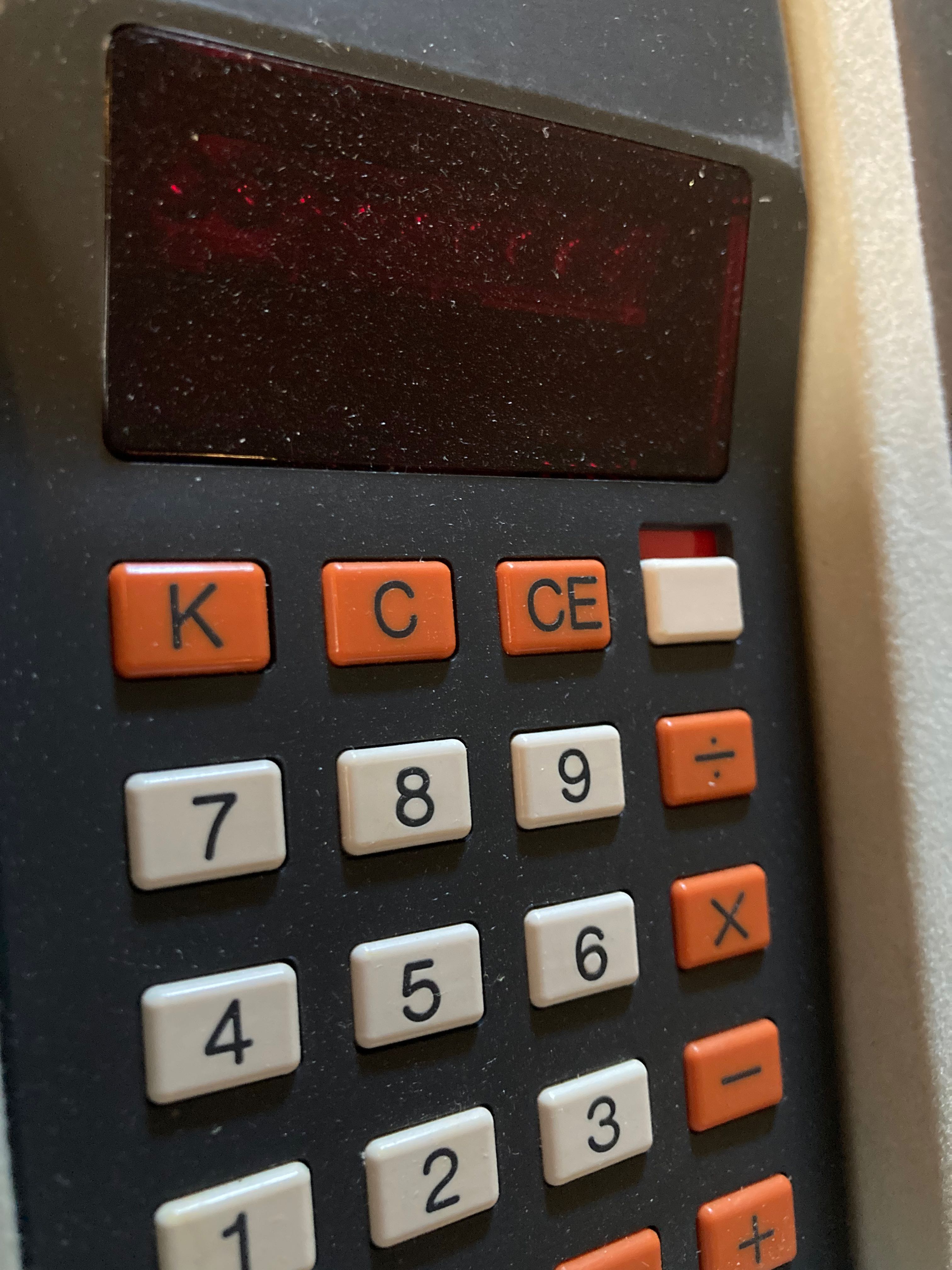 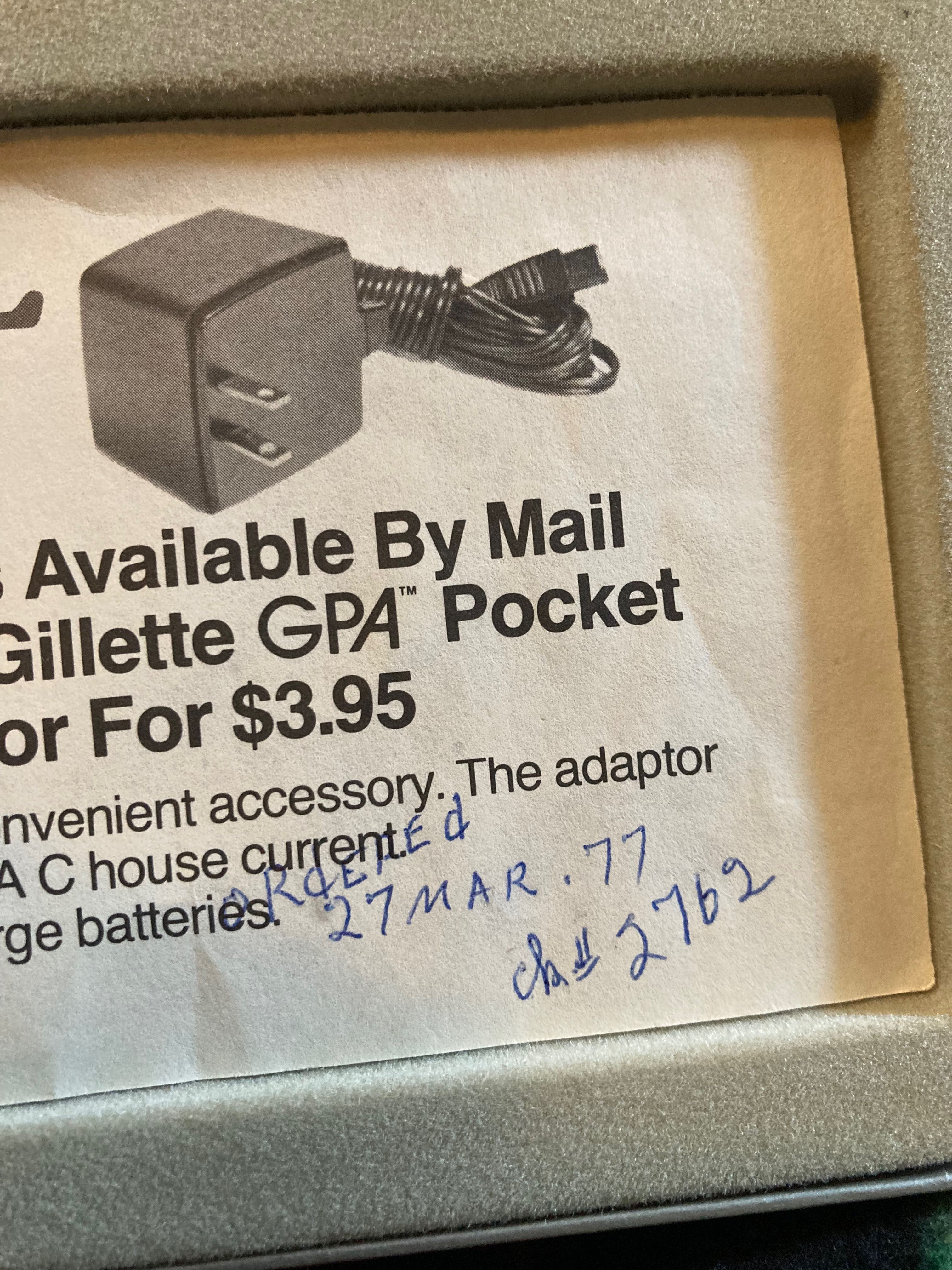 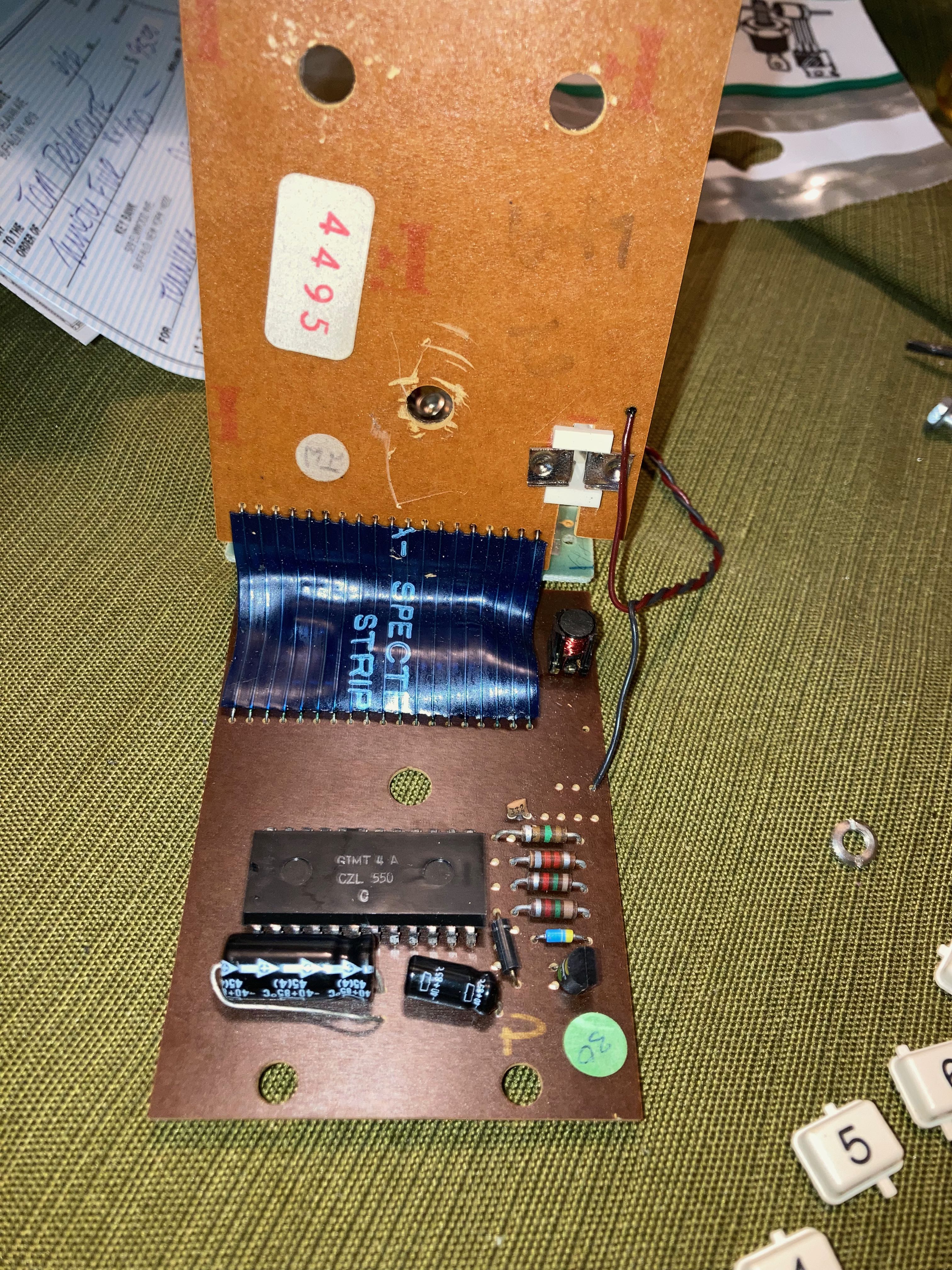 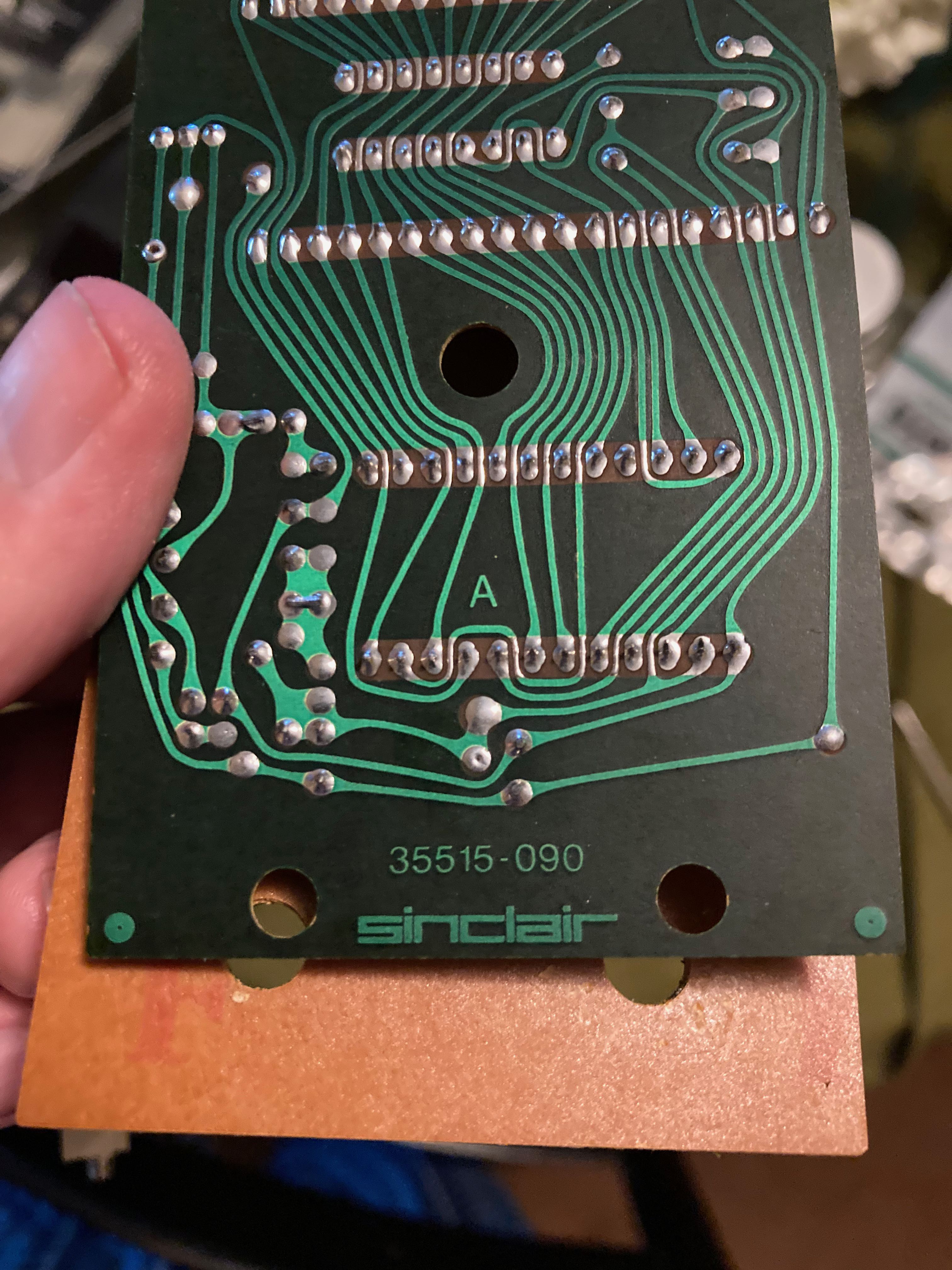 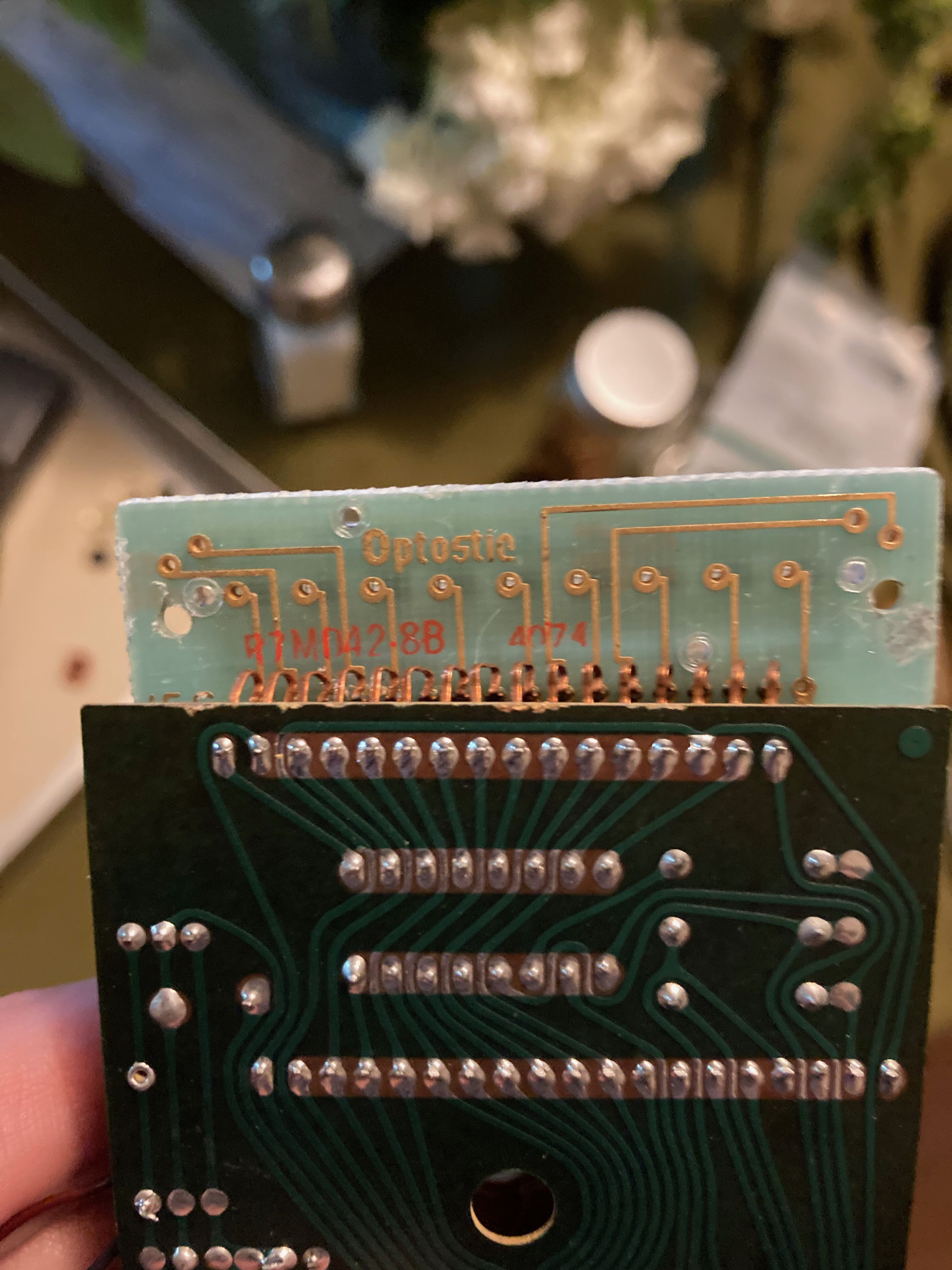 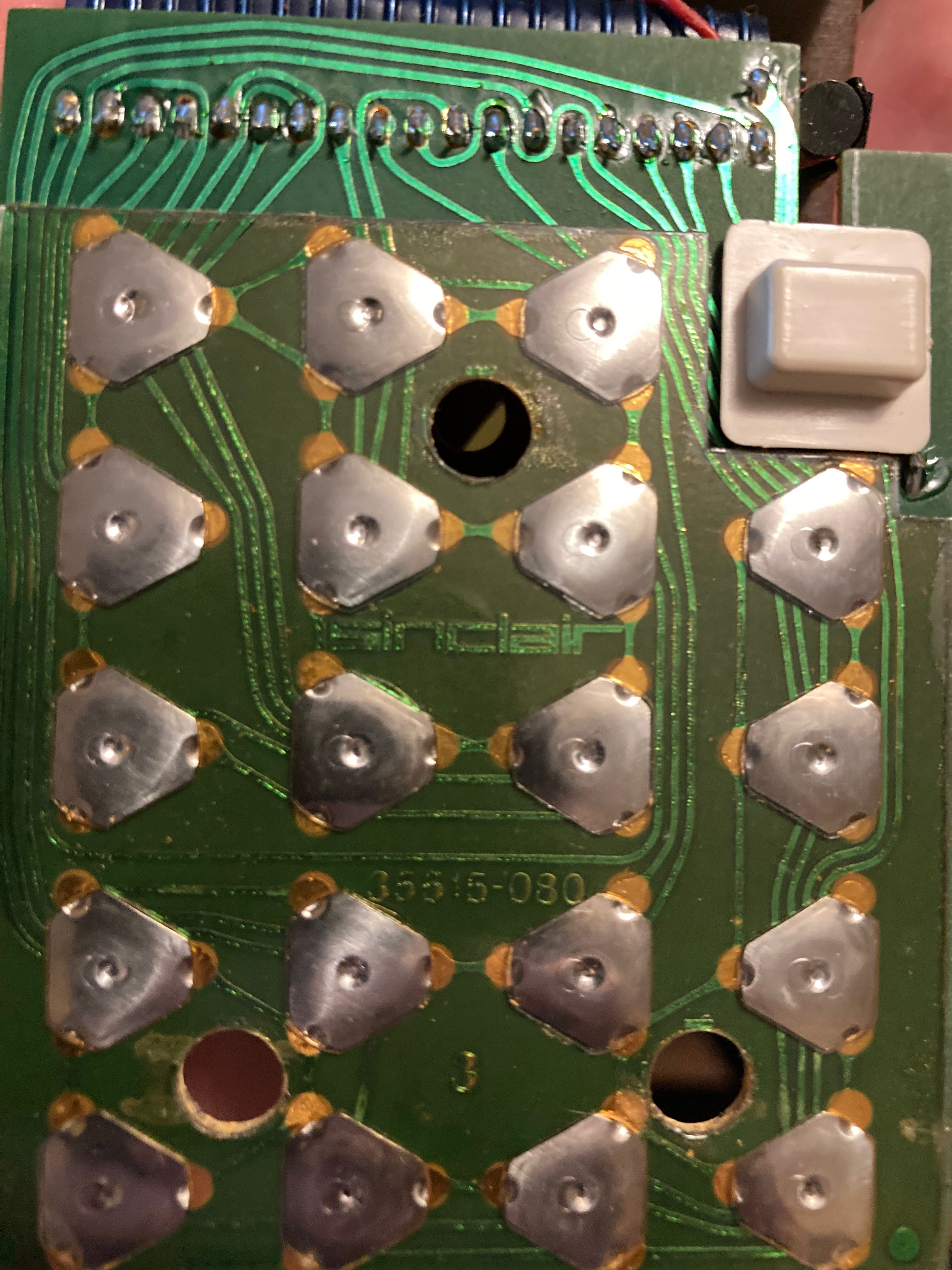 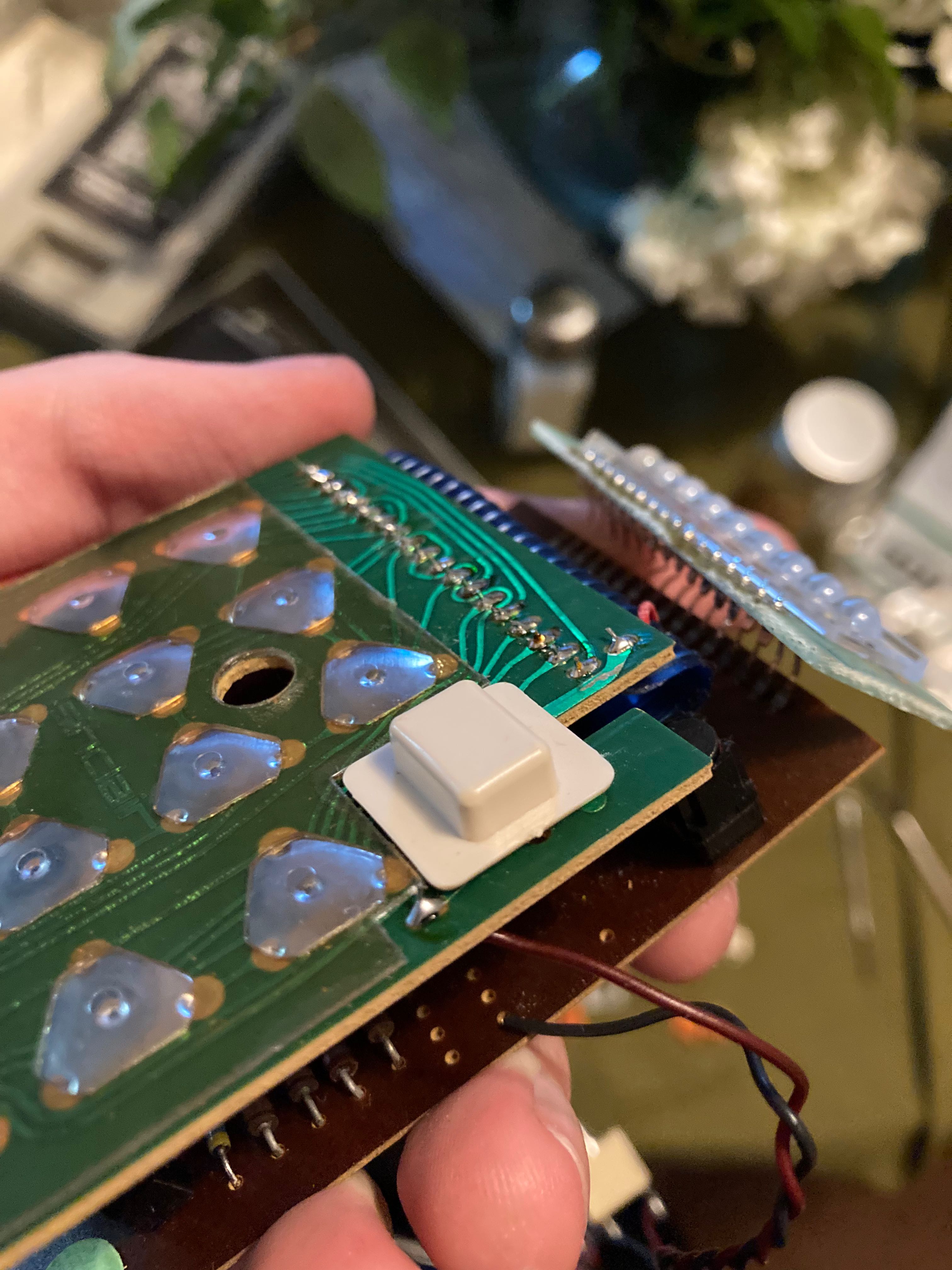 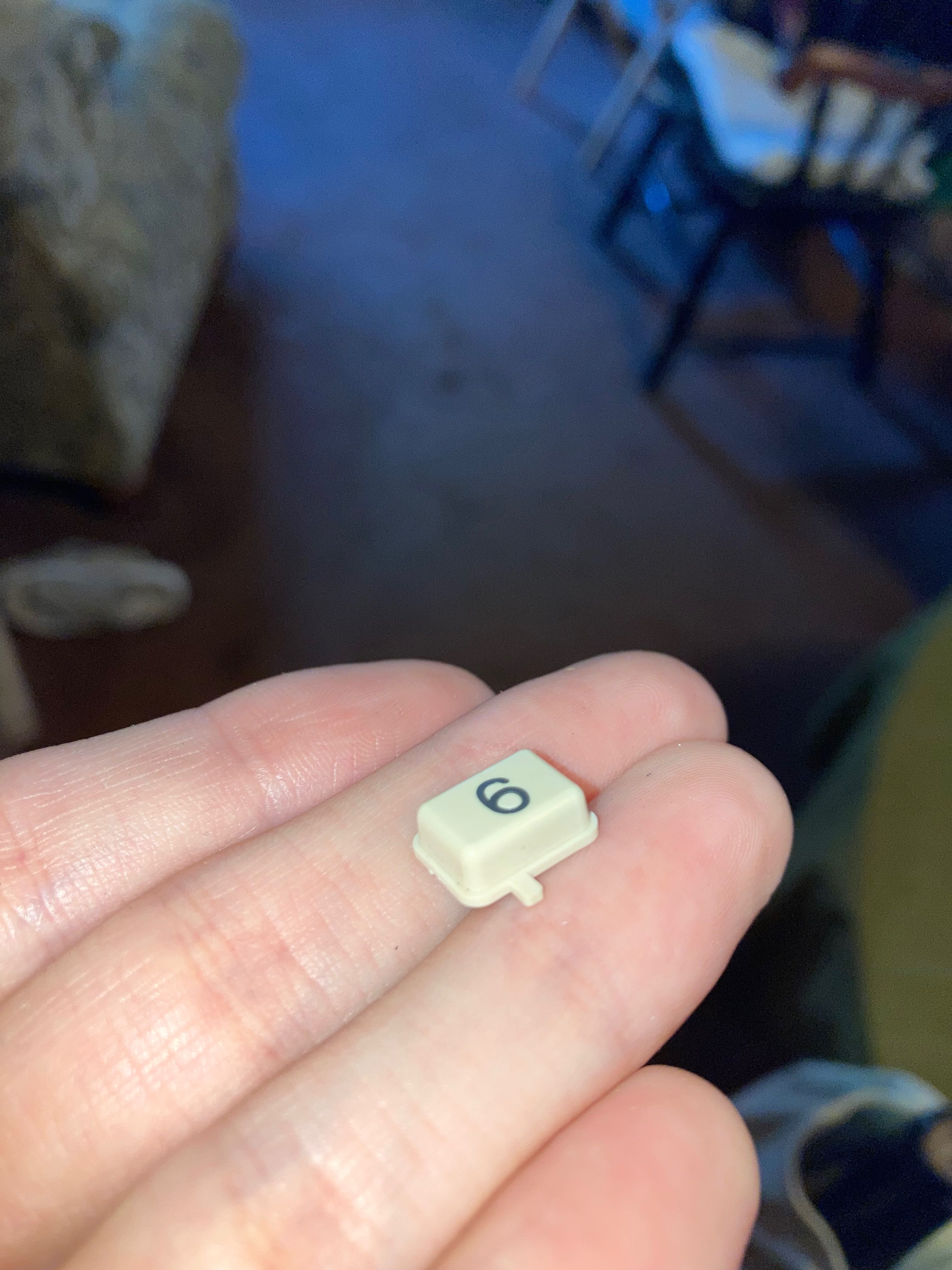 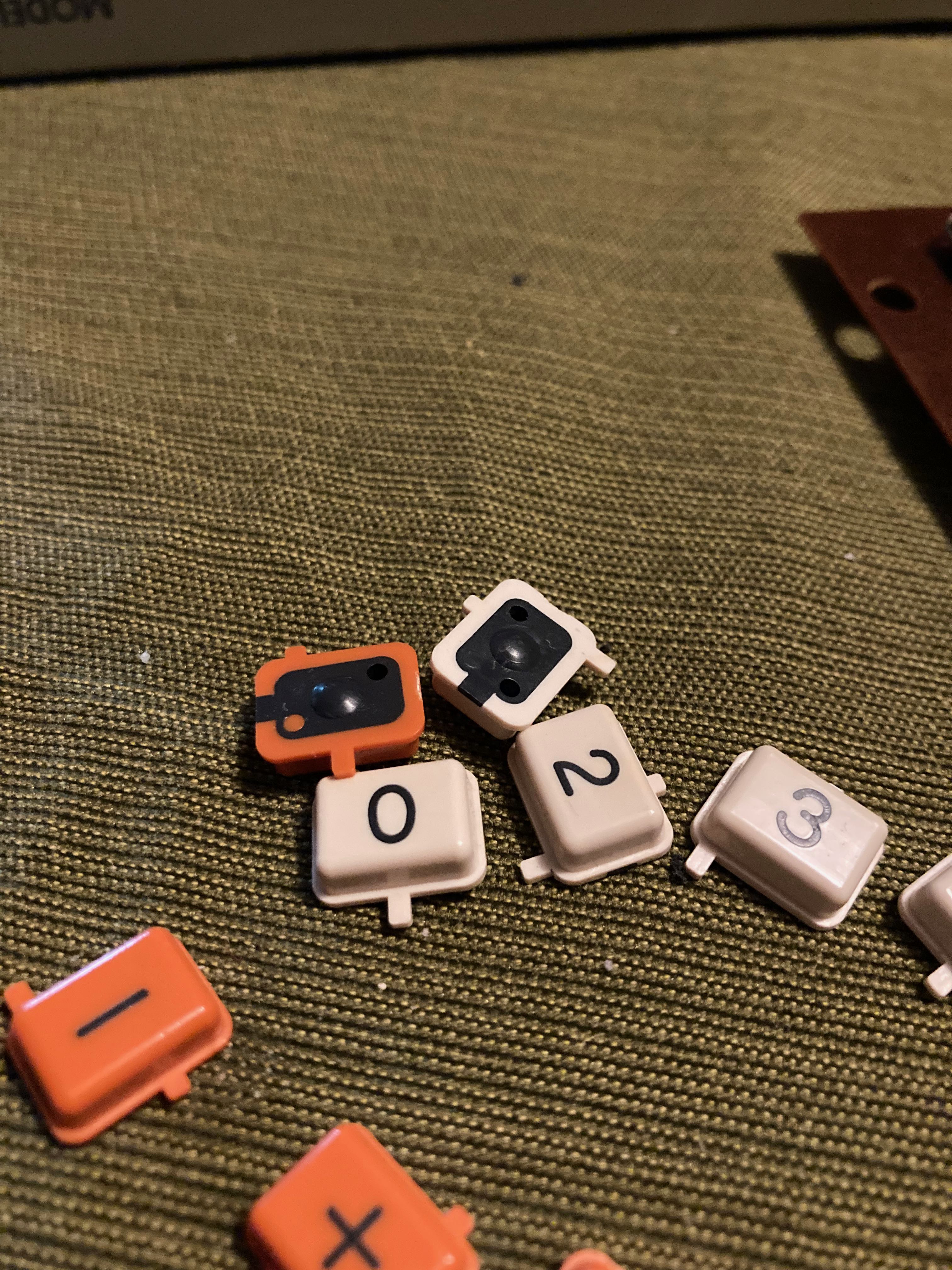 You'll notice the box even has a different font. AND the Oxford 100, which has yellow keys, is another font entirely. There is even a Gillette picture out there with another font. 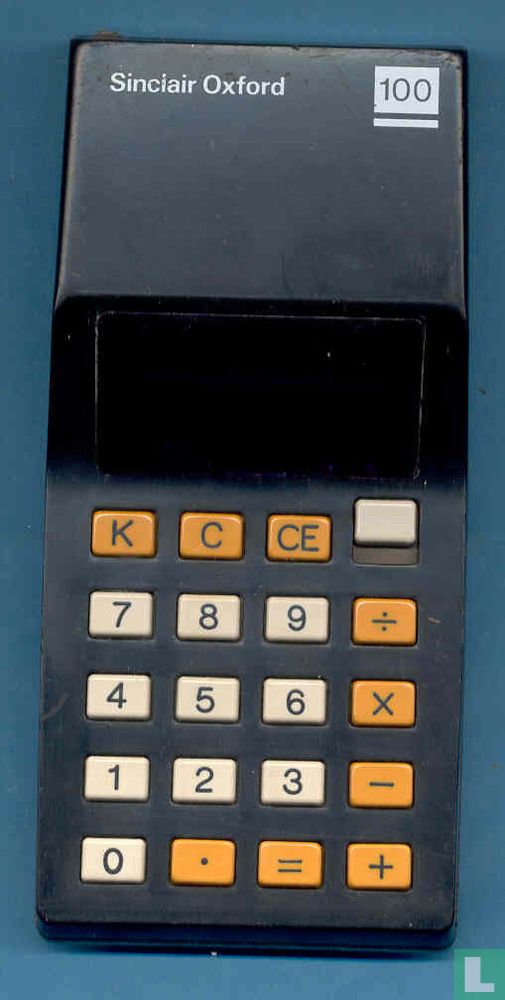 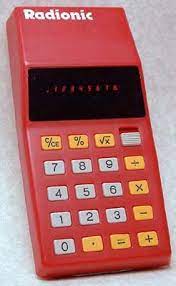 Anyway, I'm putting my button in silicone and will have black onyx molds available soon.

I think the most structurally sound way is to drill 2 small pins of stronger material into the button and into the gun in order to glue it. I am a piano technician and the brass center pins we use would be perfect. As always, these are rare as it is. I don't want to see these being flipped and sold for hundreds and hundreds of dollars please. in a "Free Market" there are no protections for abuse, it's up to us.

RPF PREMIUM MEMBER
I forgot, the calculator came with these little black snaps holding the pcb in place. I doubt they broke down this calculator for one key, but we can't find it used anywhere else yet 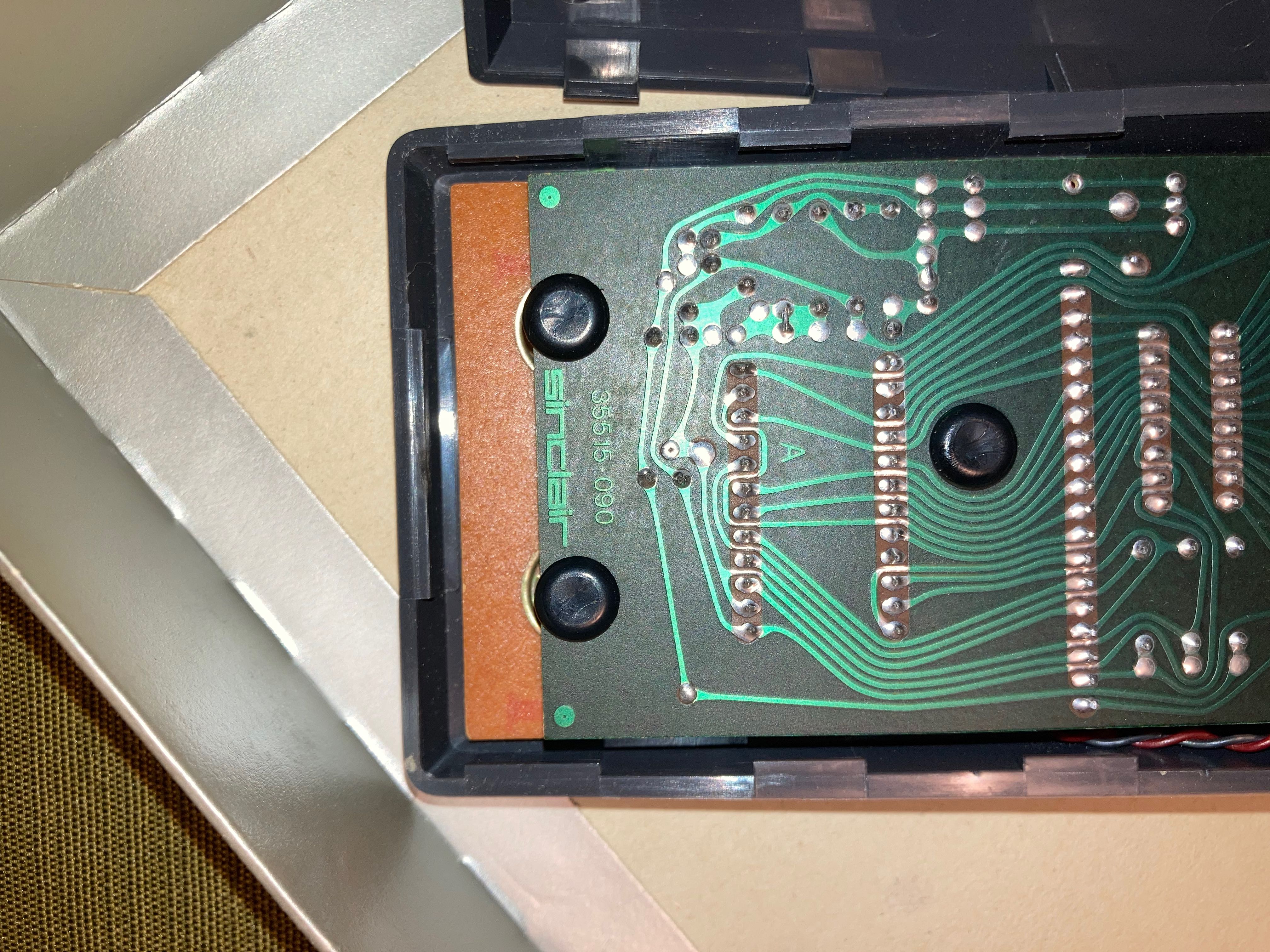 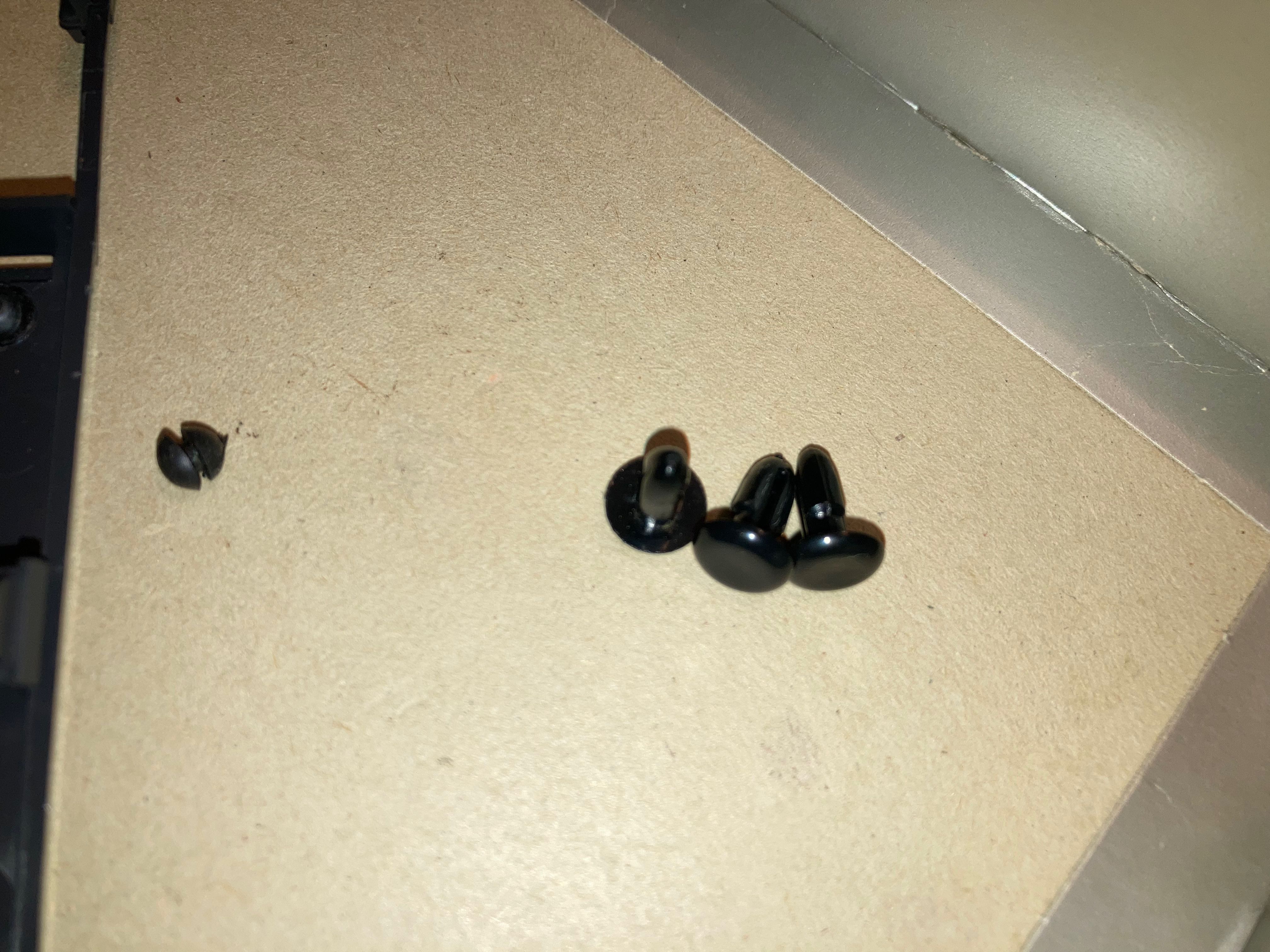 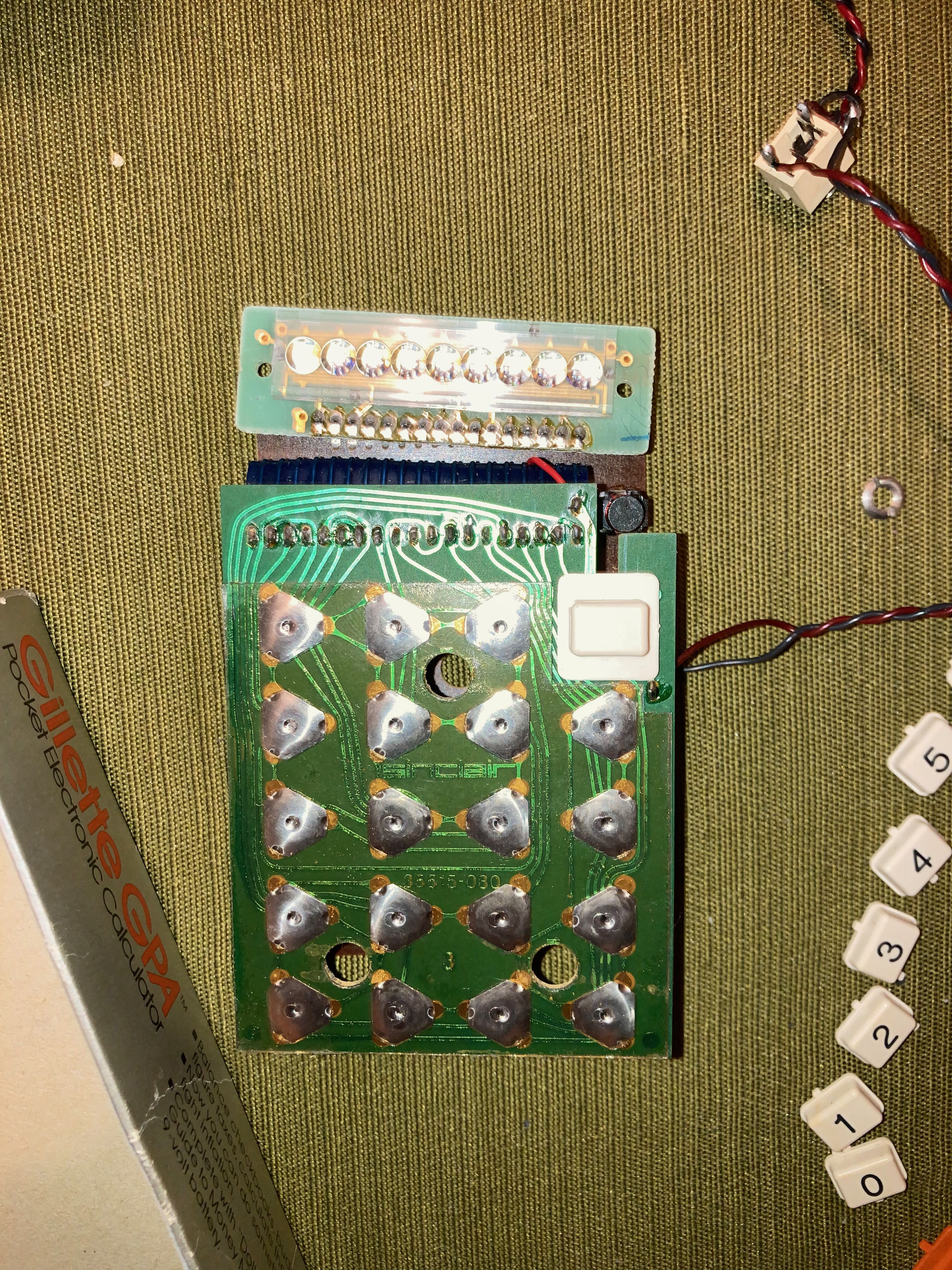 RPF PREMIUM MEMBER
I’m surprised no one has commented here yet! What’s wrong with y’all??

I also believed this was the correct calculator (after looking at hundreds!), but alas Tom beat me to the punch on the one one around. I will gladly forgive you if you help me get measurements, or better get my hands on a copy haha! Let’s talk. Awesome find, congrats!!!

RPF PREMIUM MEMBER
Amazing! Fantastic work. I will definitely need a few of those casts from you.