Hello, all! I'm a long time lurker and just recently decided to join and share some of the small projects that I work on. I thought I'd start with the lightsabers that I have and work on. Here's a wide shot of them: 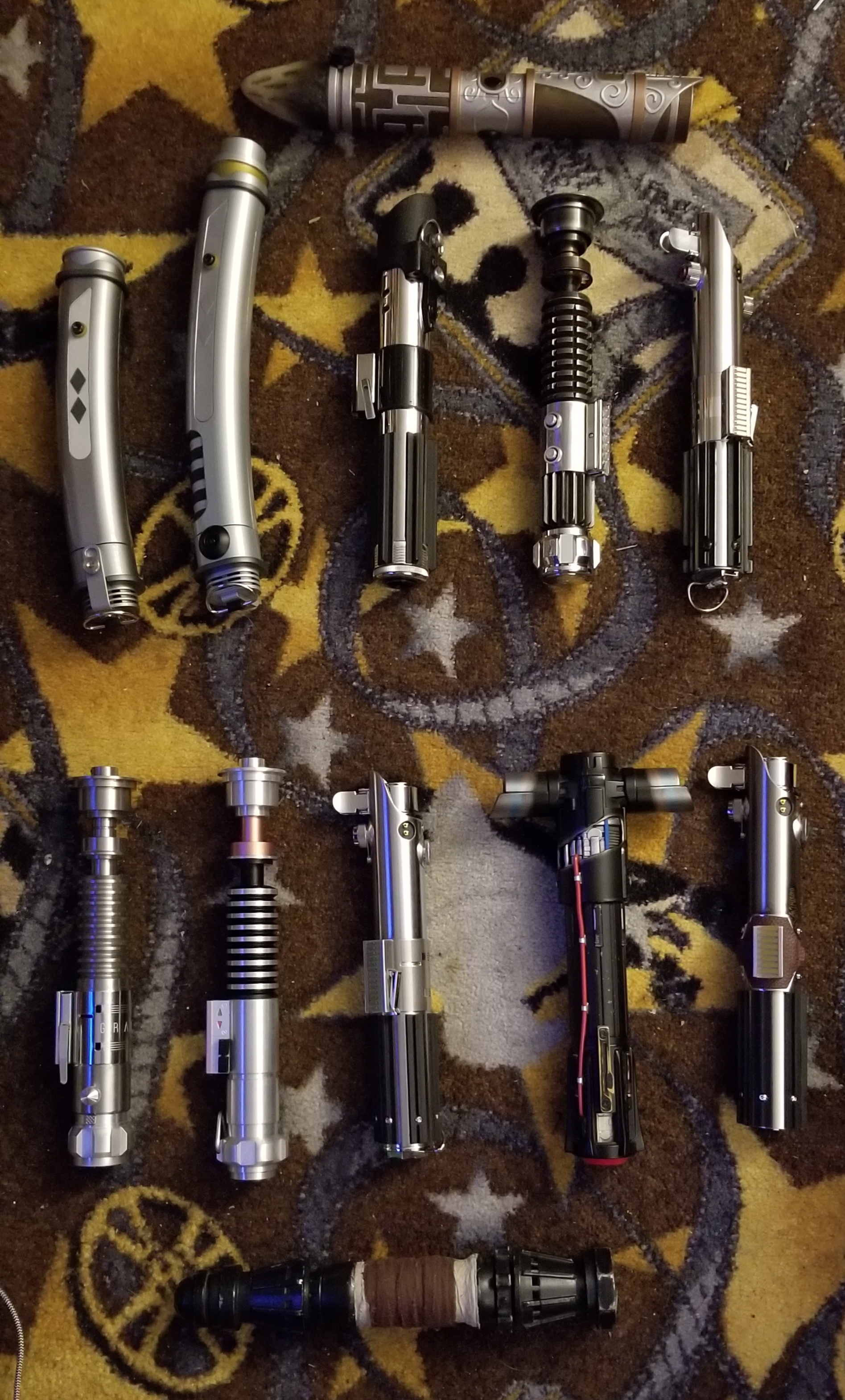 The first higher end on I got was the Saberforge Luke. I got it in 2015 when I was working on my Jedi Luke costume. I've done very little to it; only trimming down the inner bit on the emitter and adding a Vader's Vault blade plug. 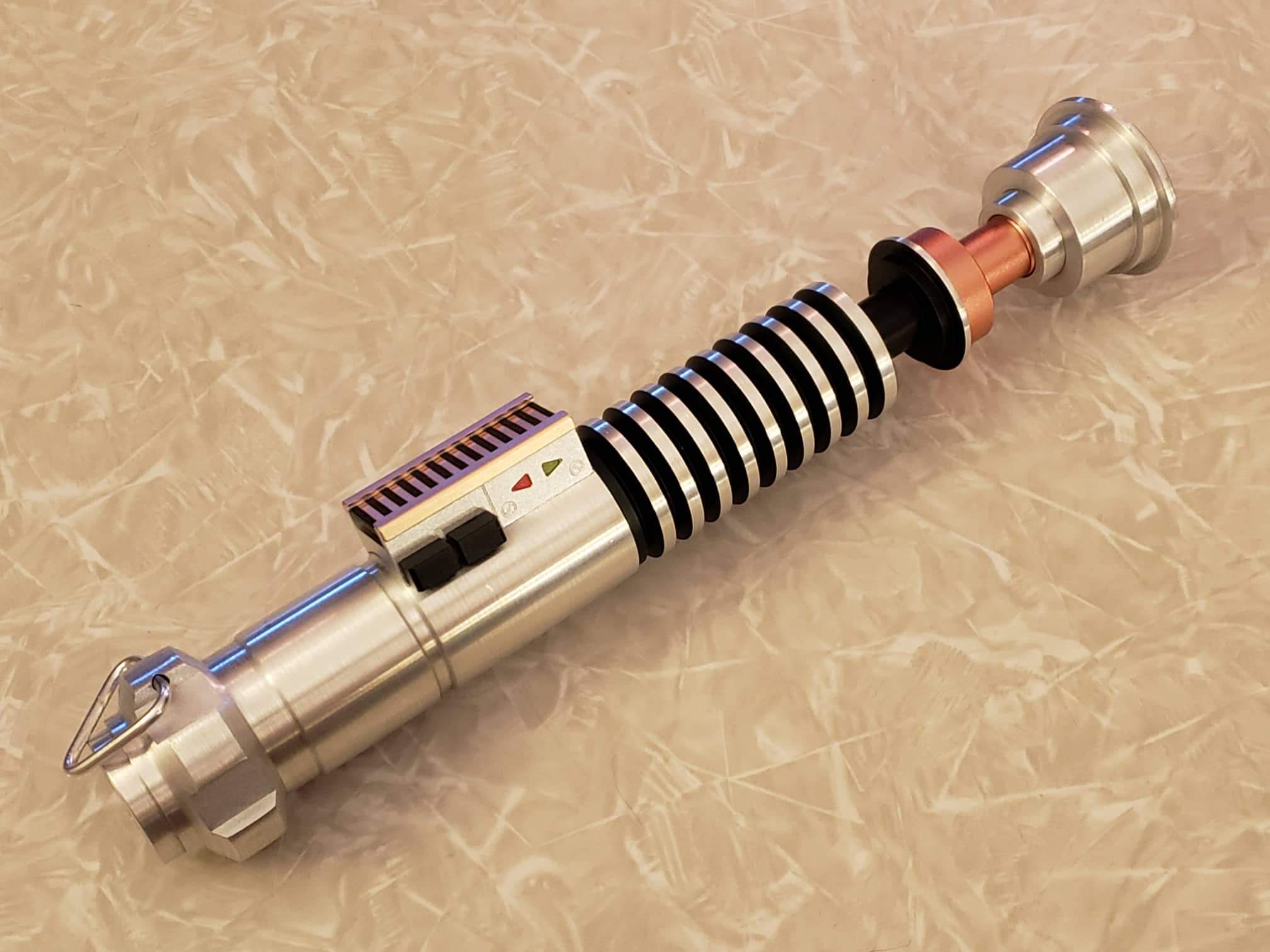 My next saber was the Graflex ESB I got from Vader's Vault. This was an early run for them, so I have done many things to tweak it. This included a plate for the bottom, replacing the screws, painting the red buttons, and putting on a Roman's clamp with Slothfurnace card. 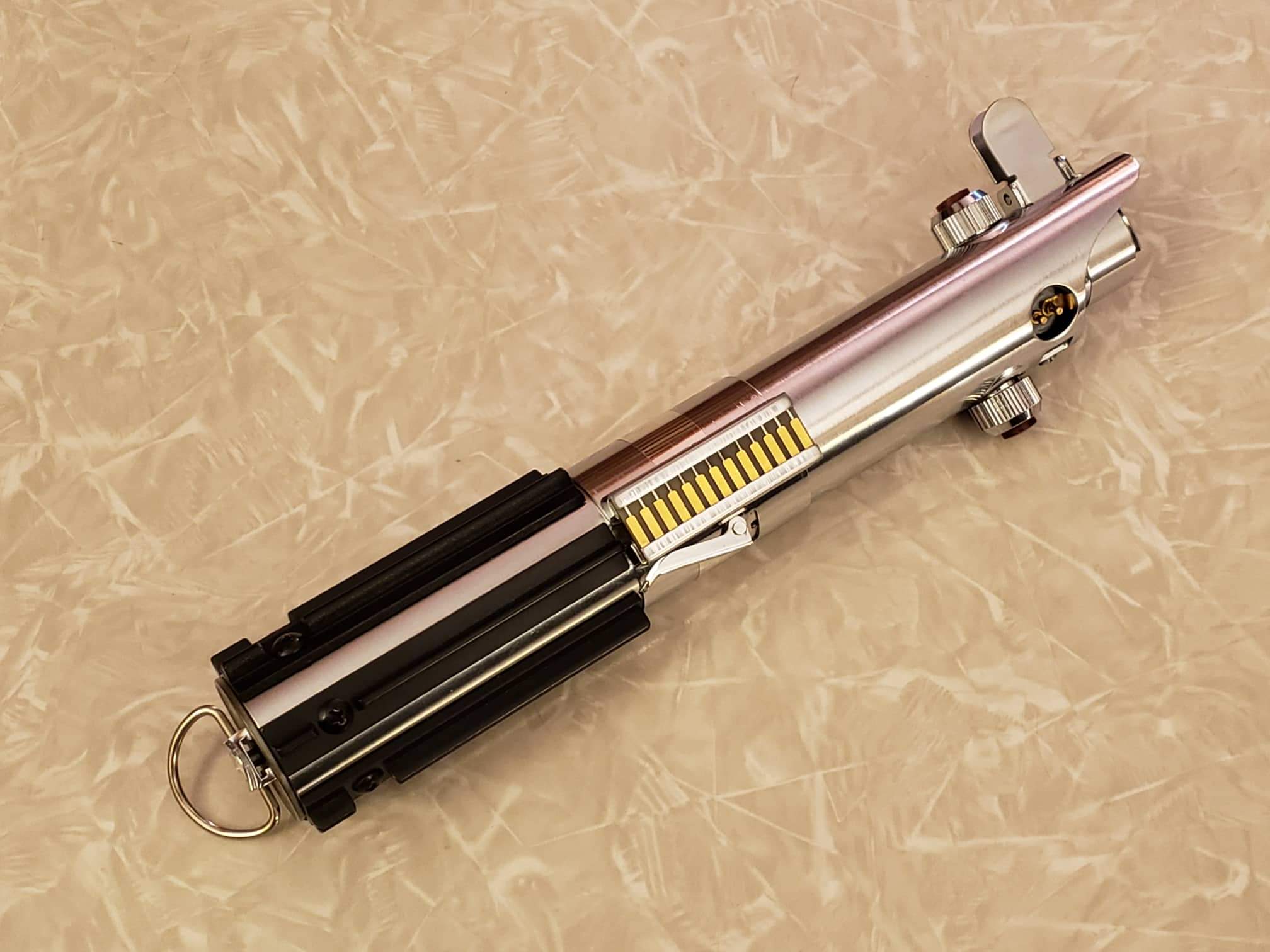 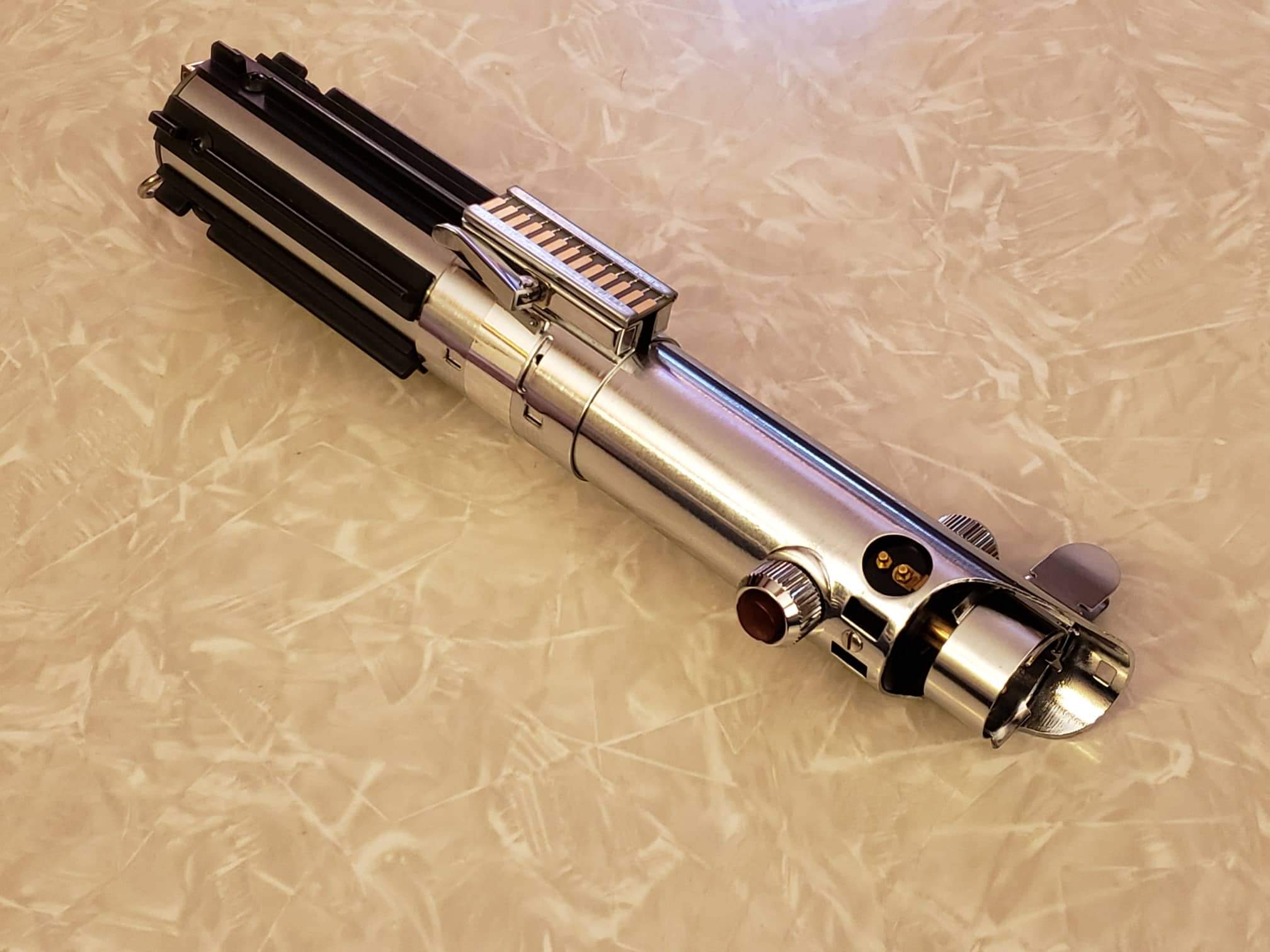 I then got the Disney Park's Rey and Kylo. I know there are a fair amount of inaccuracies, but I'm pretty happy with the overall look. I have been tempted on converting at least the Kylo at some point. 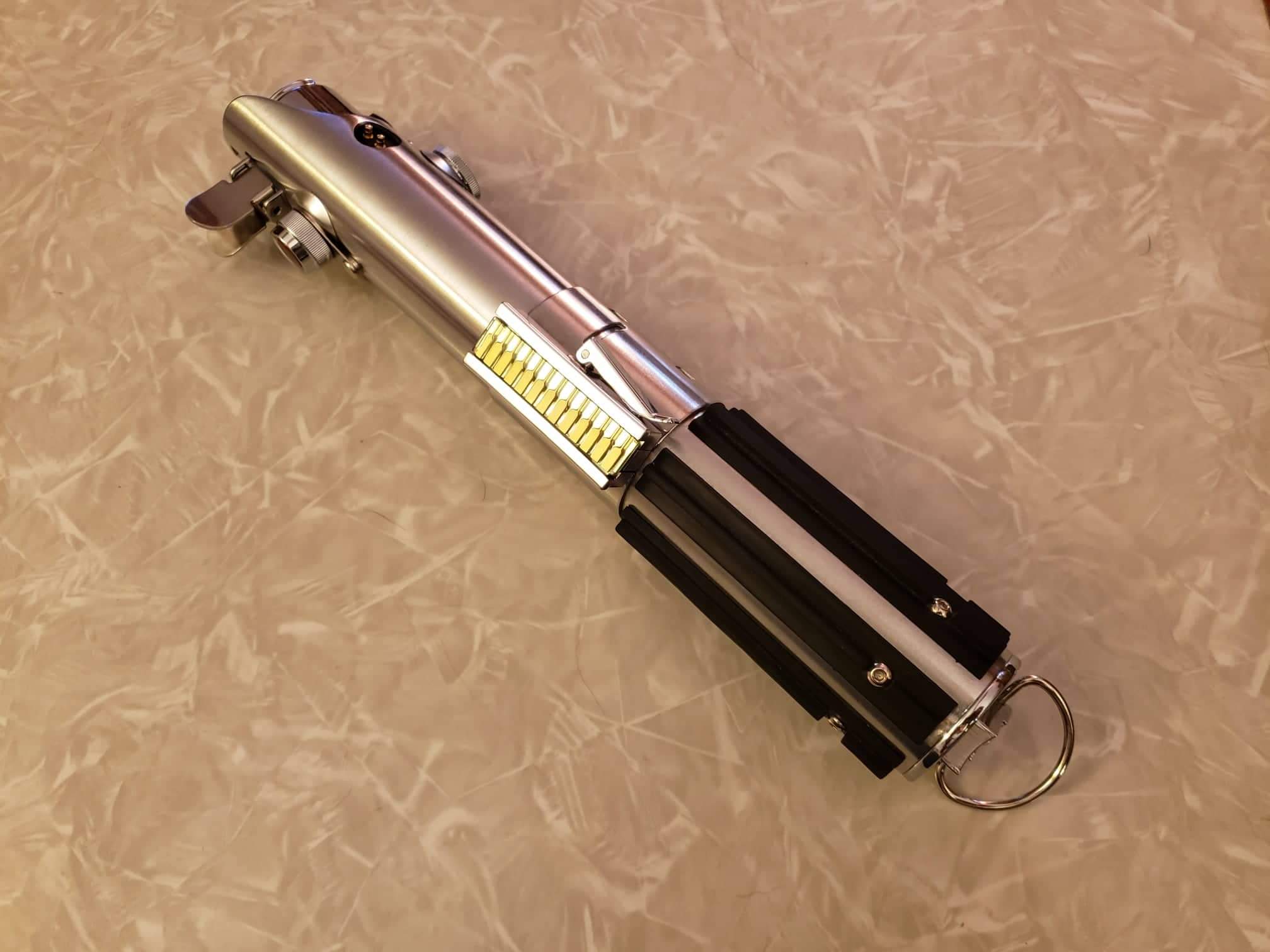 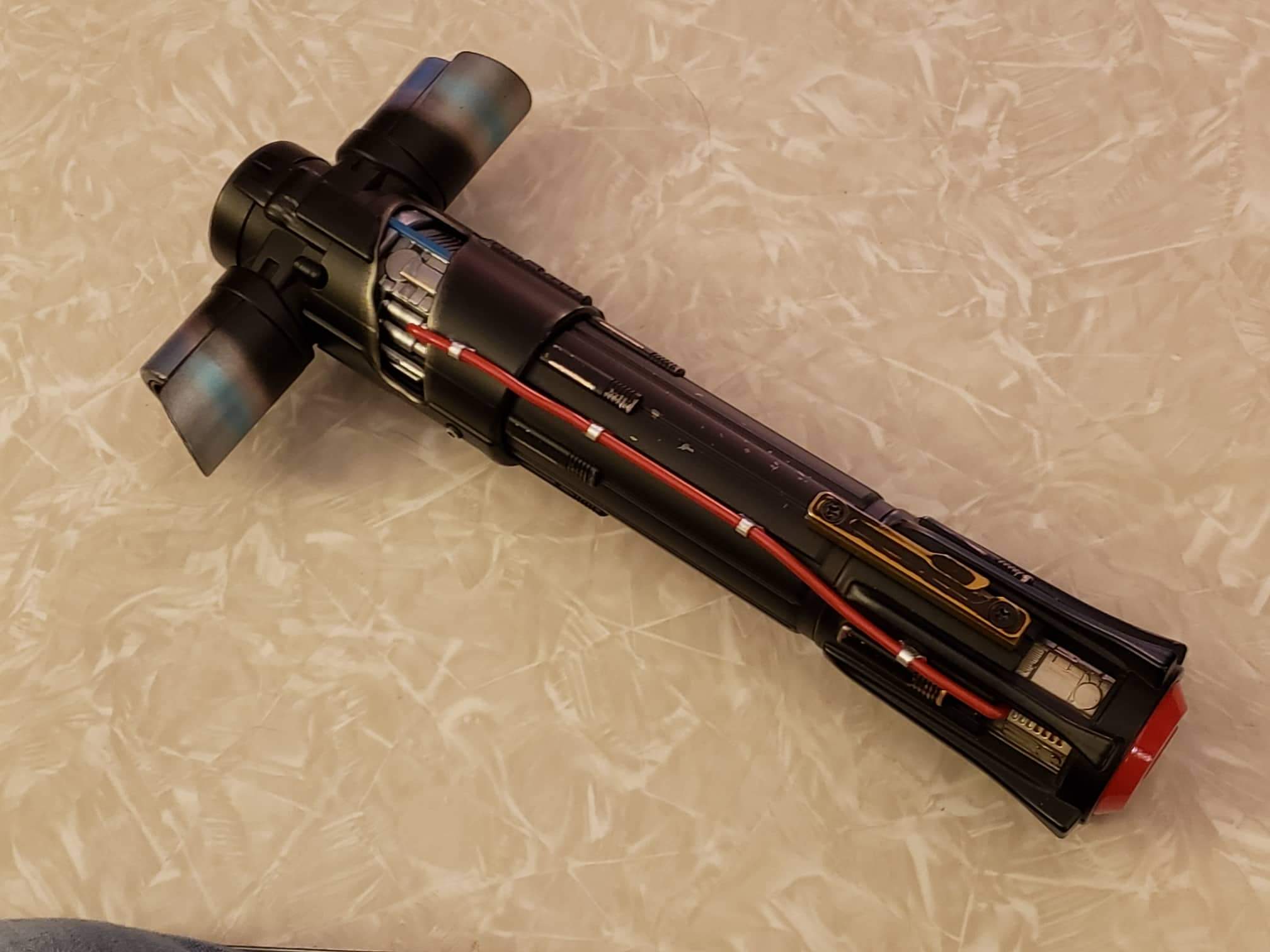 The next saber I wanted was Old Ben's. And since I was starting to get the saber installing bug, I decided on the most accurate Mk1 I know of: Roman's. The only thing I have altered on it (aside from the install) was dry brushing the grenade a rusty brown and getting one of the newer sink knobs he has made since my initial purchase. Truly a thing of beauty and my favorite saber. 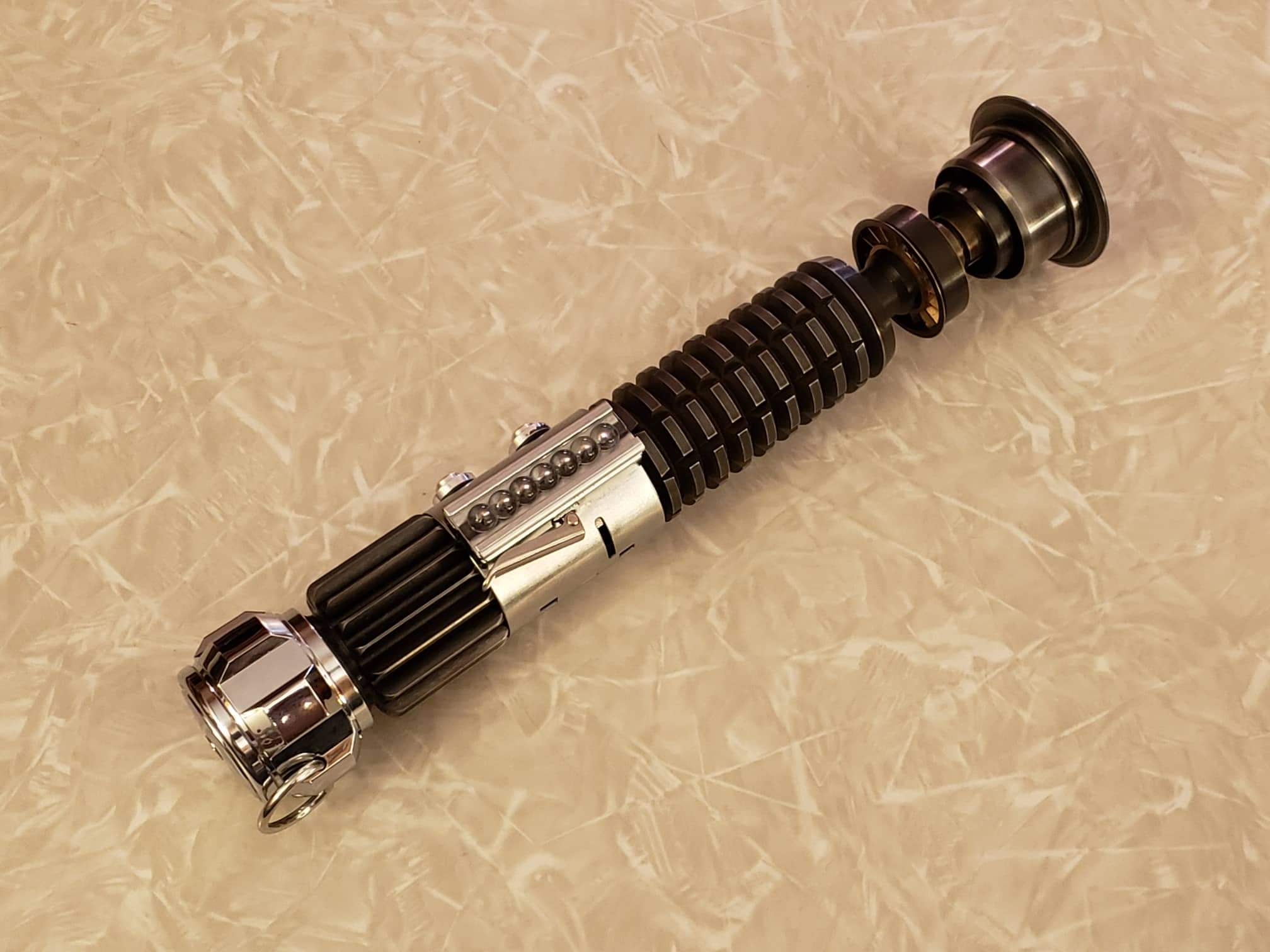 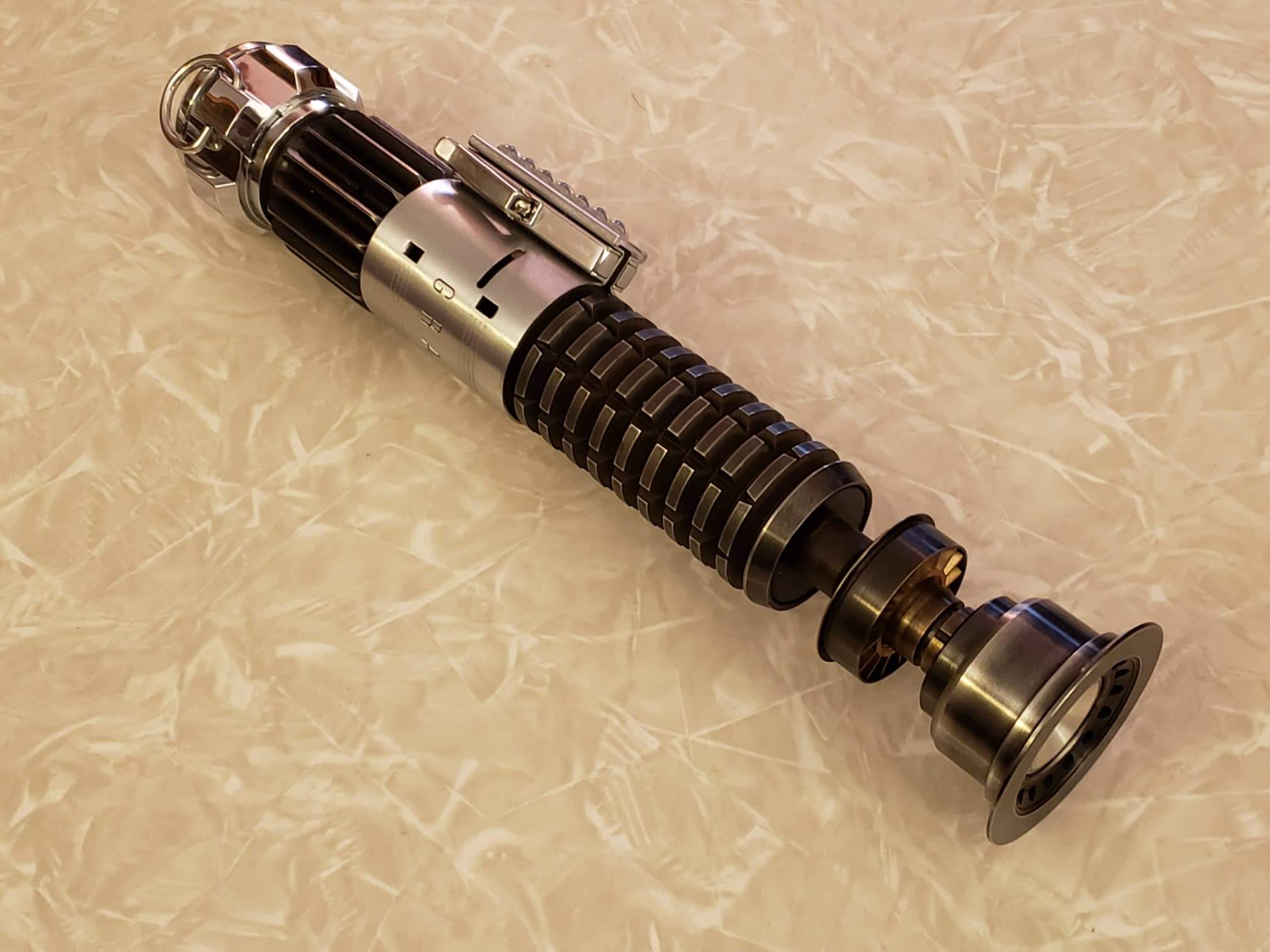 When I installed the old Ben, I decided to take a crack at converting a Hasbro Vader I had gotten in 2015. I made my own blade holder using a PVC coupler, and then added a bubble strip and knobs from Wannawanga. I decided to try and give the appearance of the circuit board that is definitely under the ESB saber. (I know this is ANH, I just like the look/consistency) 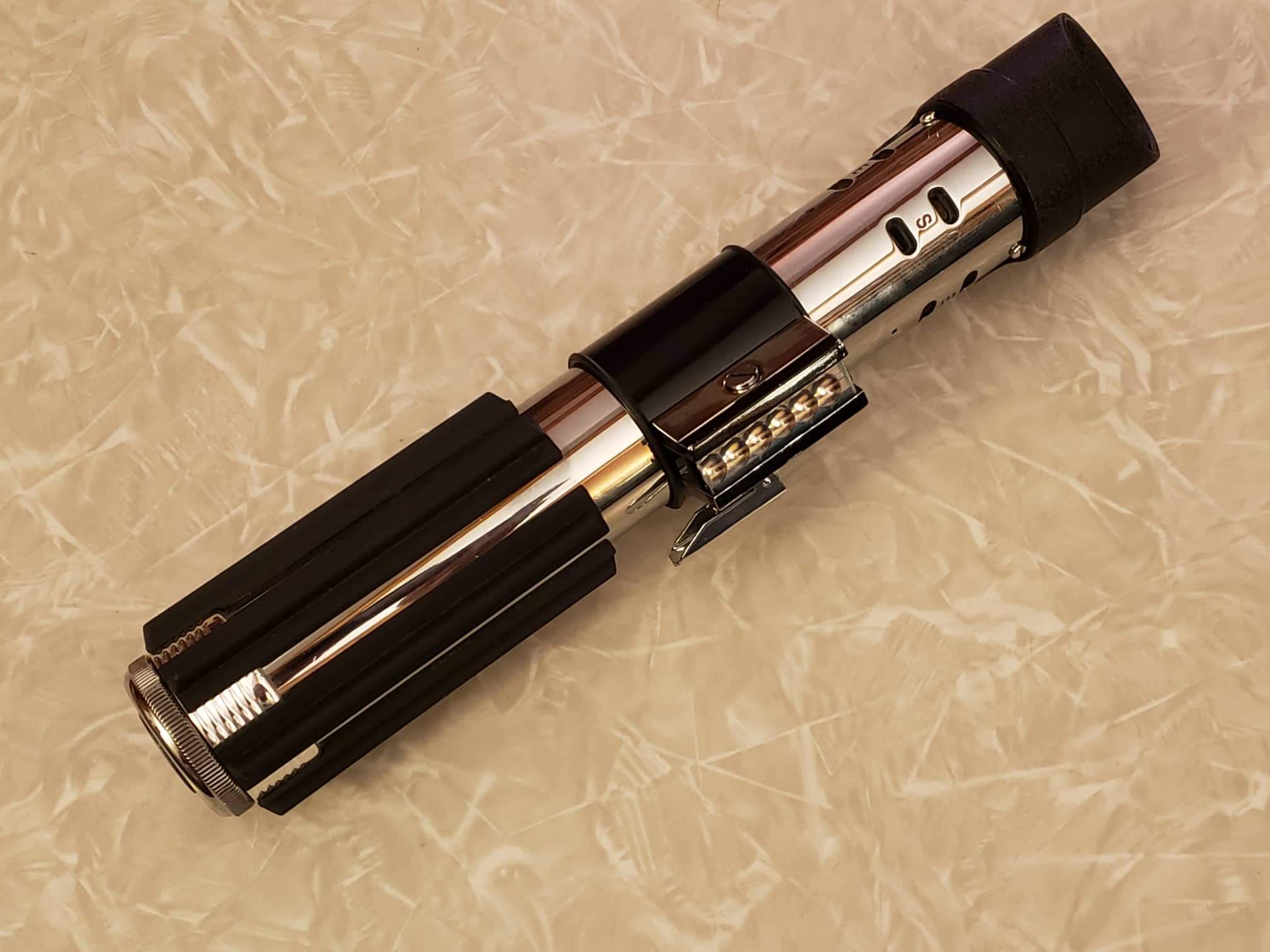 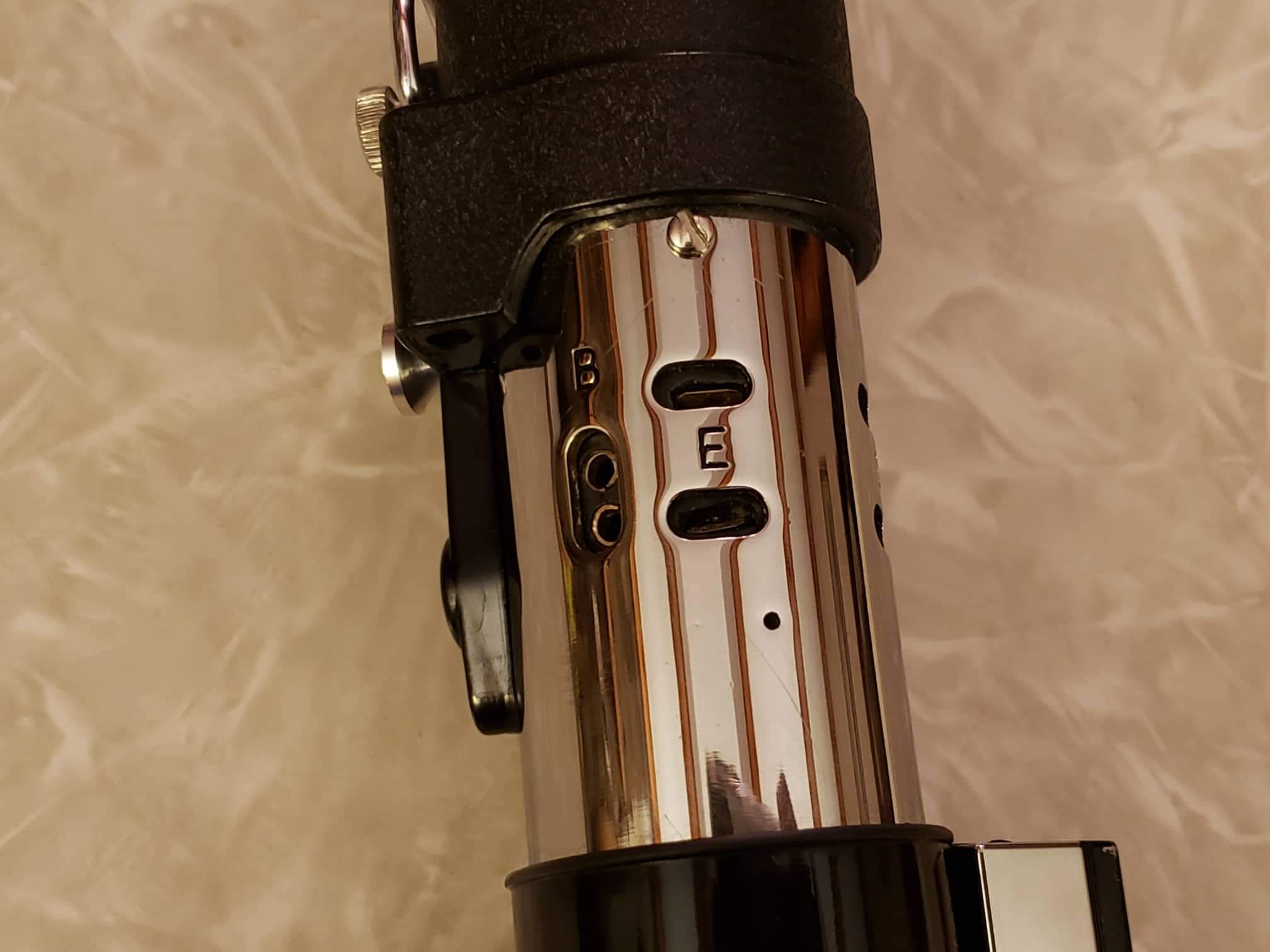 I recently picked up the reforged Skywalker and Ahsoka from Galaxy's Edge, and am rather happy with them, though they are substantially quiet even compared to a Hasbro or the Disney Park's sabers.

The saber at the bottom is my custom Rey. It is an Etsy 3D printed kit from 3dcauldron. I sanded, painted, and wrapped it with some cloth I had laying around. 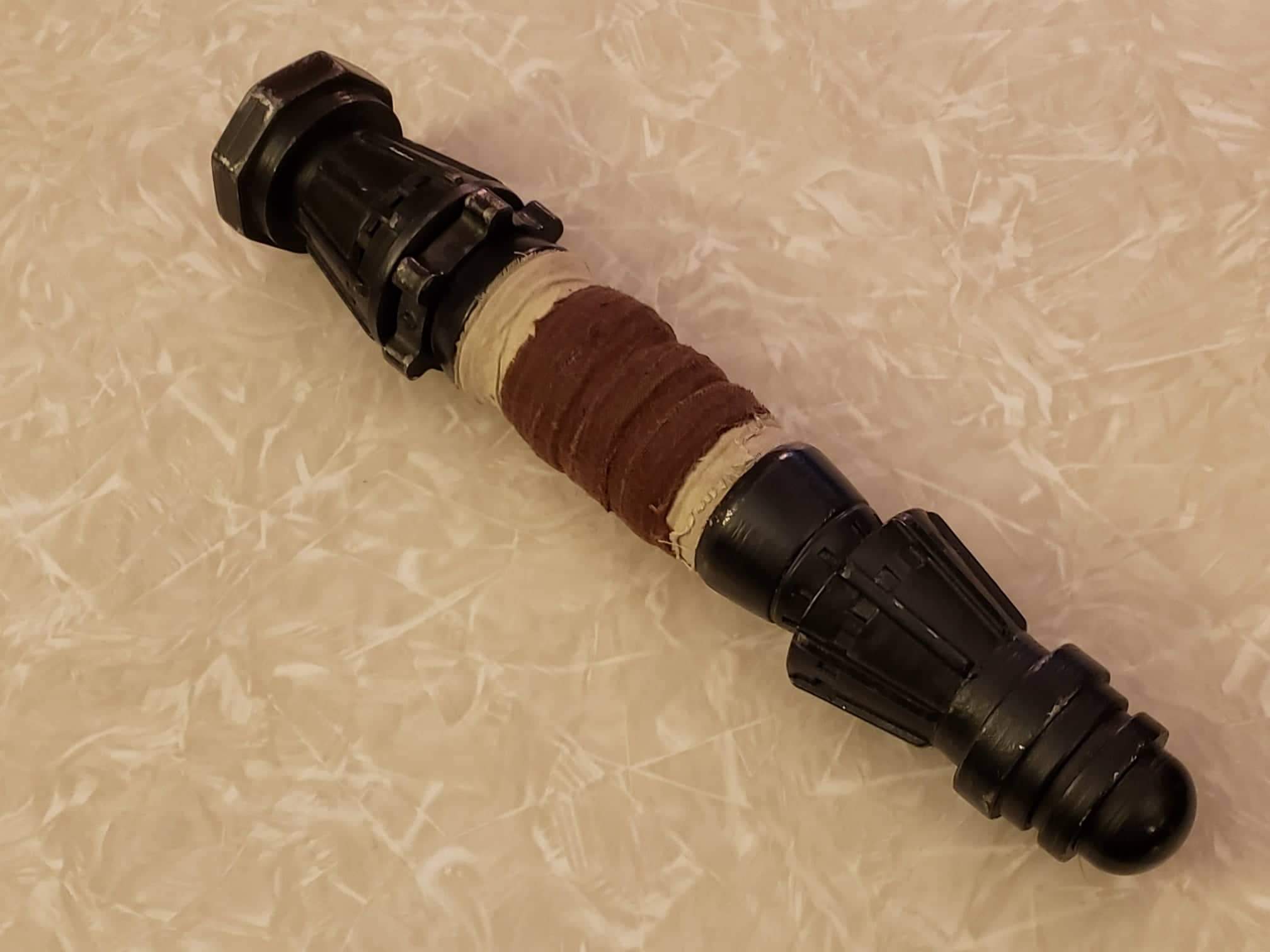 My current project is the V2. I've had it for about half a year, but I'm just now feeling brave enough to tackle it.
Last edited: Jan 28, 2021

Welcome BENnotKENOBI ... that's quite a collection of lightsabers and I love that your personal favorite is old Ben's lightsaber in the Tatooine conversion.

Sym-Cha said:
Welcome BENnotKENOBI ... that's quite a collection of lightsabers and I love that your personal favorite is old Ben's lightsaber in the Tatooine conversion.

Thank you! Yeah, I like the symmetry of having both washers on the resistors.

I am planning to make a thread about the costumes I've made, but here a a few pics. 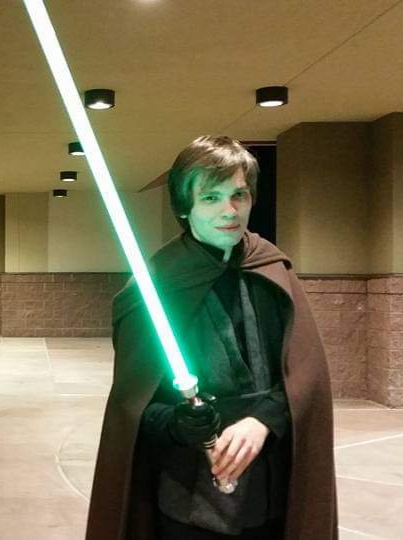 I actually have the EFX precision cast V2 (didn't mention I had it) on my belt in the second picture.

Here's pictures of some the sabers ignited. 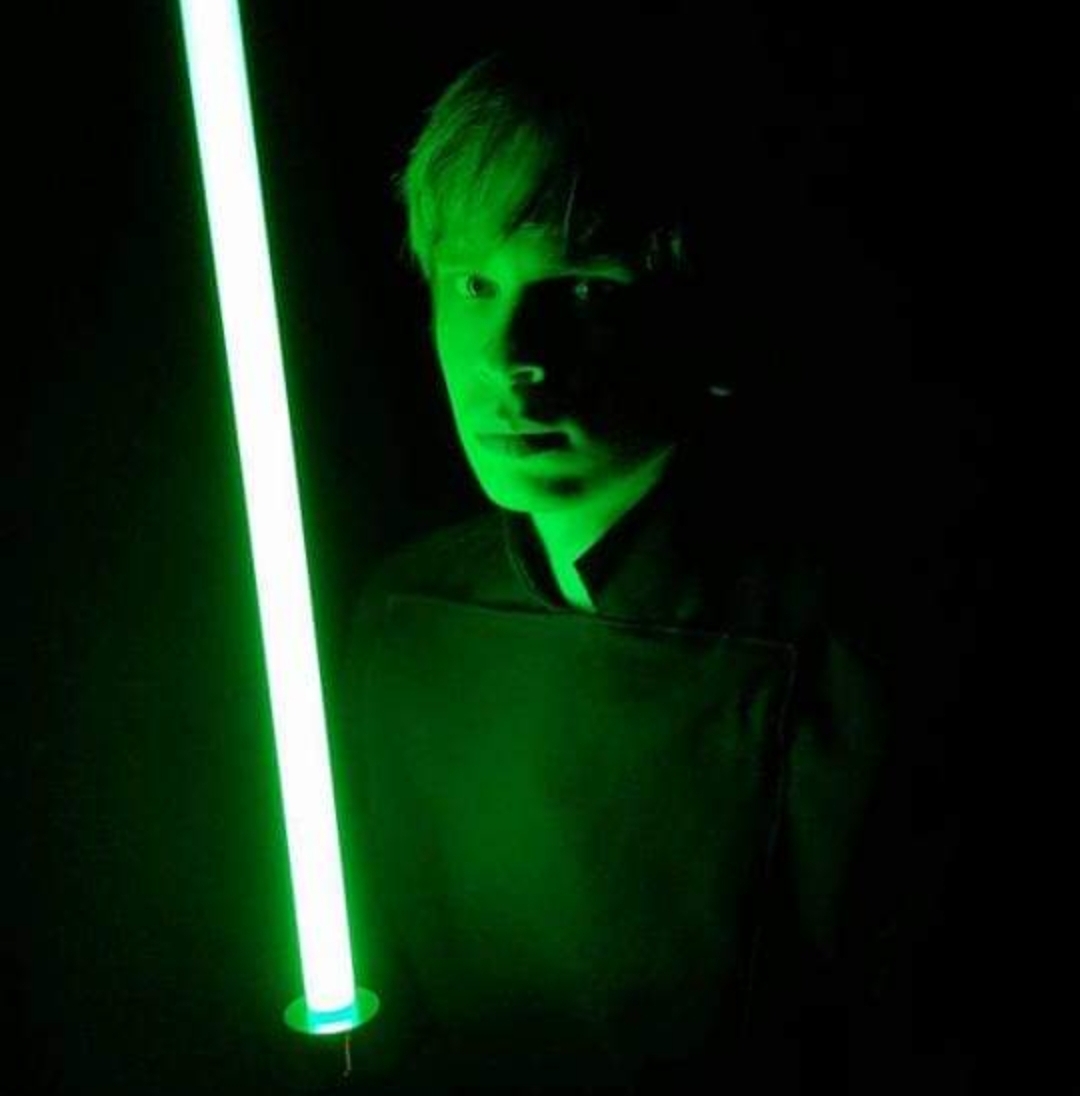 I wanted the silvery pale blue for the old Ben's that the saber had in the original theatrical coloring.

I'm glad my brother has started posting here. His builds and replicas are even more impressive in person.

His ROTJ Luke is top notch. He even made it onto our local news during the opening weekend of TFA. My Han Solo cosplay was not featured lol. And I should point out his handle, BENnotKenobi, is what Carrie Fisher said to him when we met her in Louisville, KY in 2015. 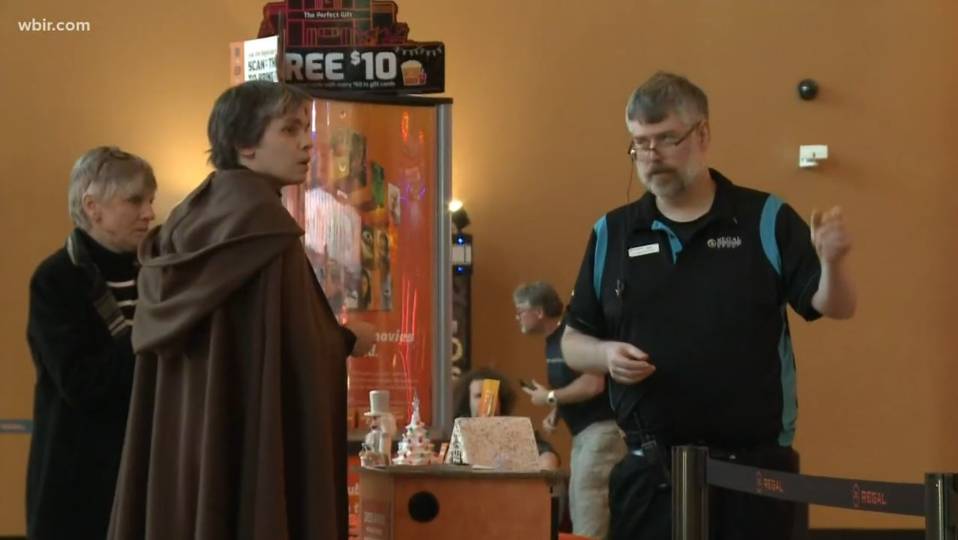 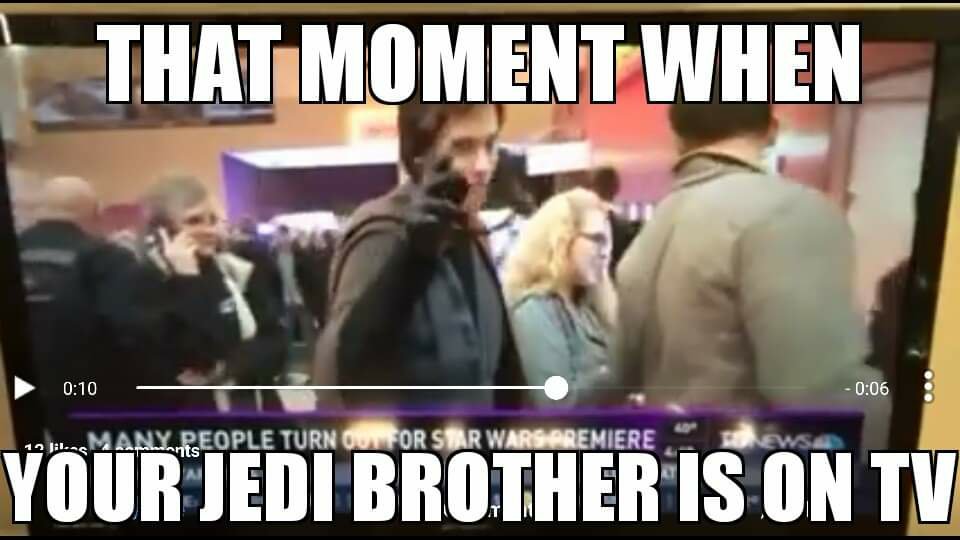 Here are some in progress shots of my V2. I liked the Roman's Mk1 so much, I decided to get his steel V2. It rusted a bit over the 7+ months since I got it; mostly in the first couple when I had it in the box under my window seal. (Might want to consider better weather proofing for those humid summer months ).

So first, I started by sanding it heavily. I then read that scotchbrite pads and vinegar were a good technique. Got about 97% of all rust out, still a little on the inside. Next, I followed the guide Halliwax put up to ding up the pommel. Not perfect, but I'm rather happy. 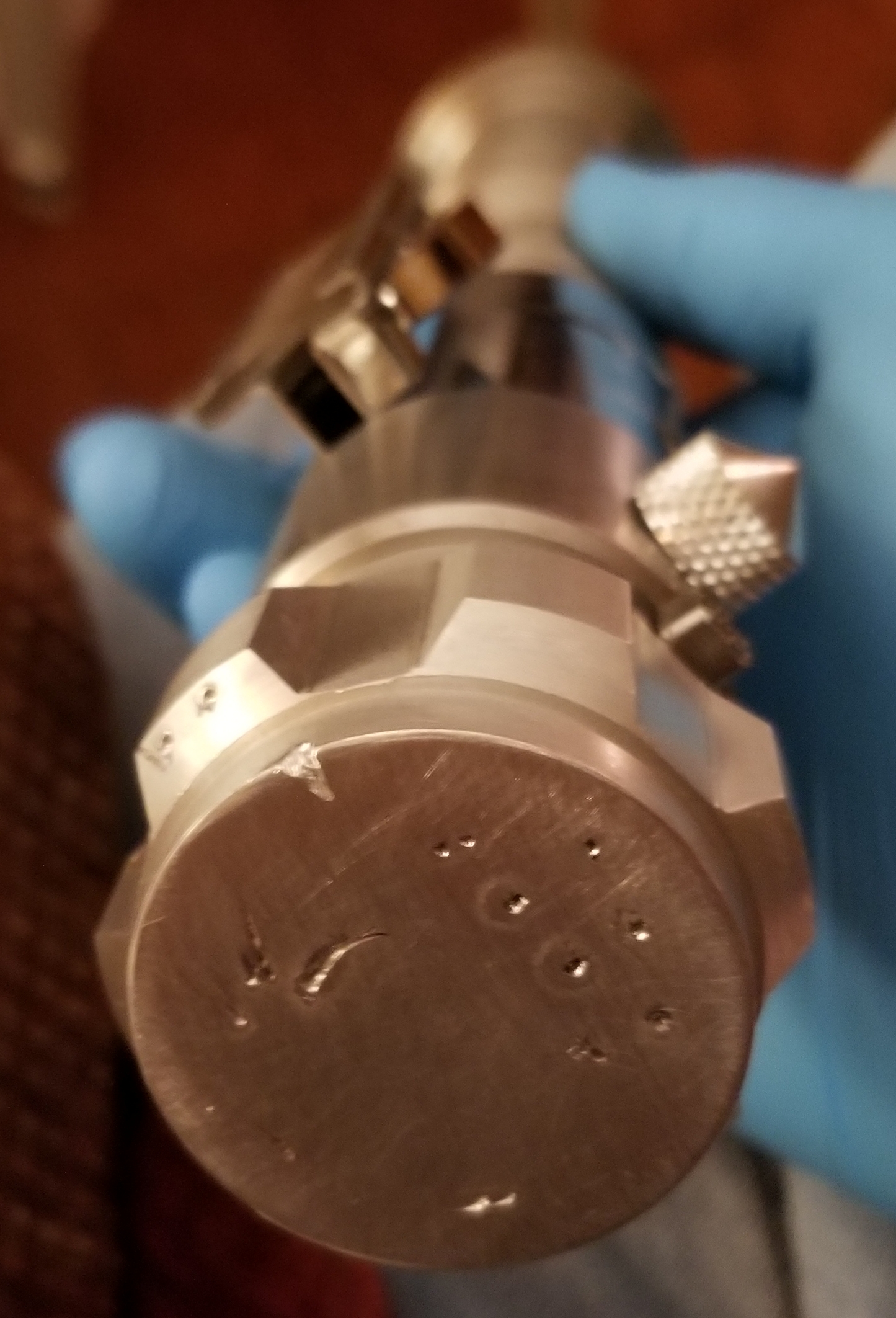 The last thing so far: denting up the emitter. I know it wasn't the best idea since this is solid steel, but I was feeling bold. I stuck it in a vice, grabbed a gigantic steel spike that's on my property and banged the fire out of it. I did my best with the dremel and sandpaper to smooth it out. Might do a little more before I paint. 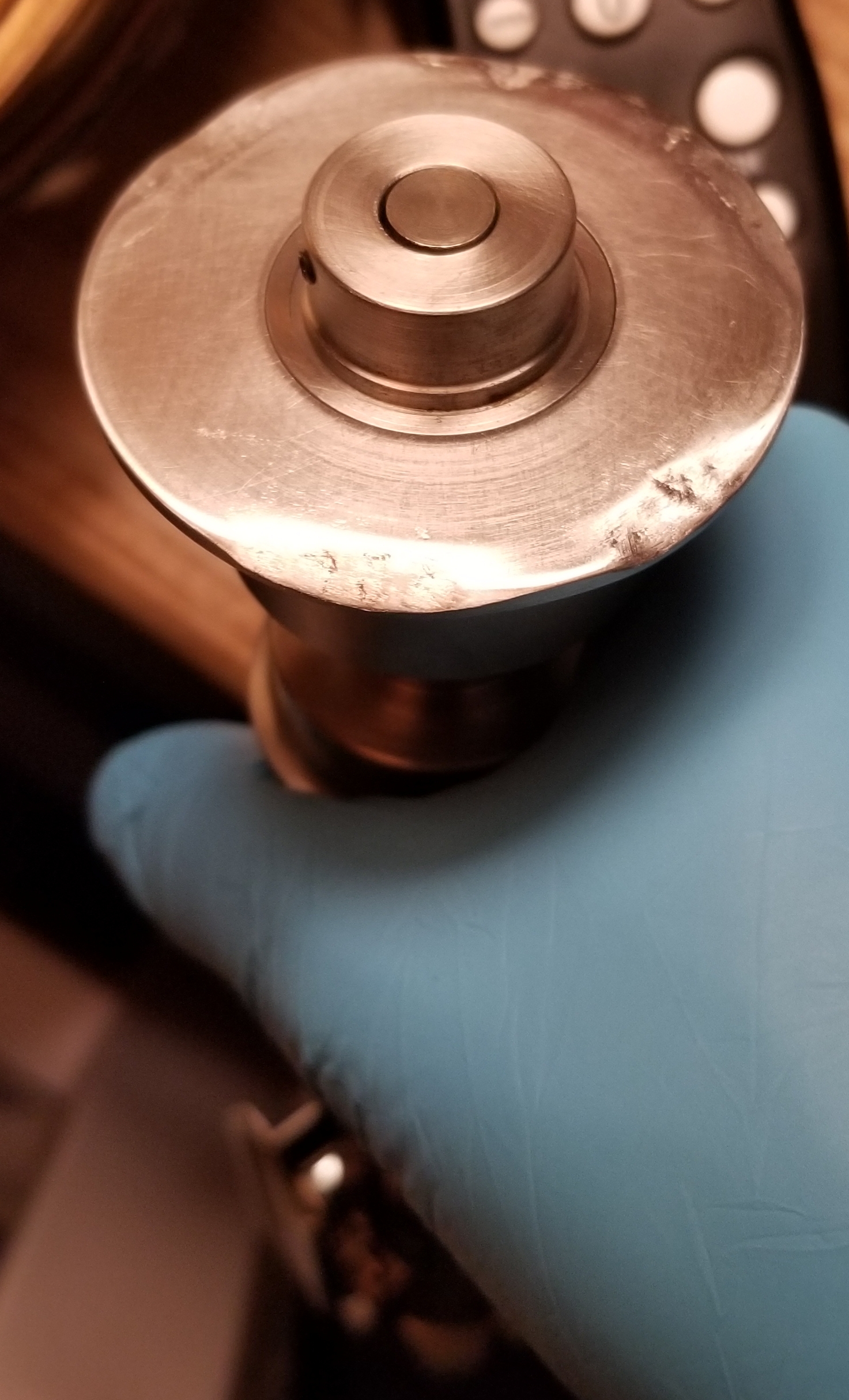 I've ordered the more accurate clamp card from Slothfurnace. I might start ordering the electronics and have that all ready for after I can paint it.

Finally painted up my V2! I got a set of the Starkiller stencils from TrooperTrent and followed the instructions from Halliwax's tutorial the best that I could. This is the first time doing stencils like this for me, so I was only about 80% successful. A fair amount of the smallest pieces decided to stay with the stencils instead of the saber. I figure I either applied them too firmly or didn't apply the paint thinly enough (a problem I have at times with spray paint). I tried to distract from that fact by dry brushing a bit of black and brown to dirty it up. I ended up scrapping a bit of that off, and I'm very happy with the end result.

I also decided to put a little of the brown on the entirety of the "grenade section" and the emitter. To my eyes, it looks like there is a little even in the movie, but certainly on the prop as it is now. (Could be lighting) I love how it turned out. 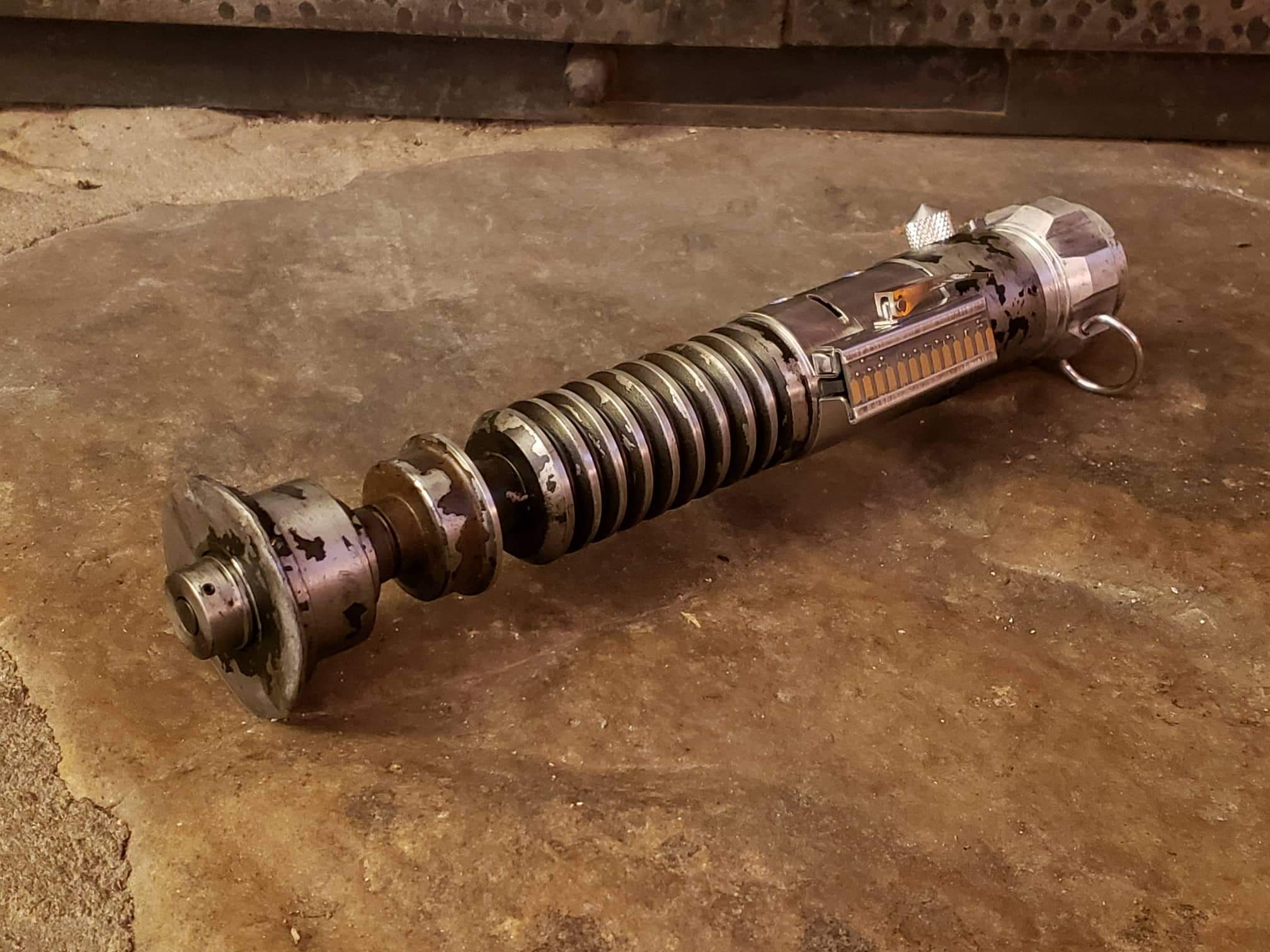 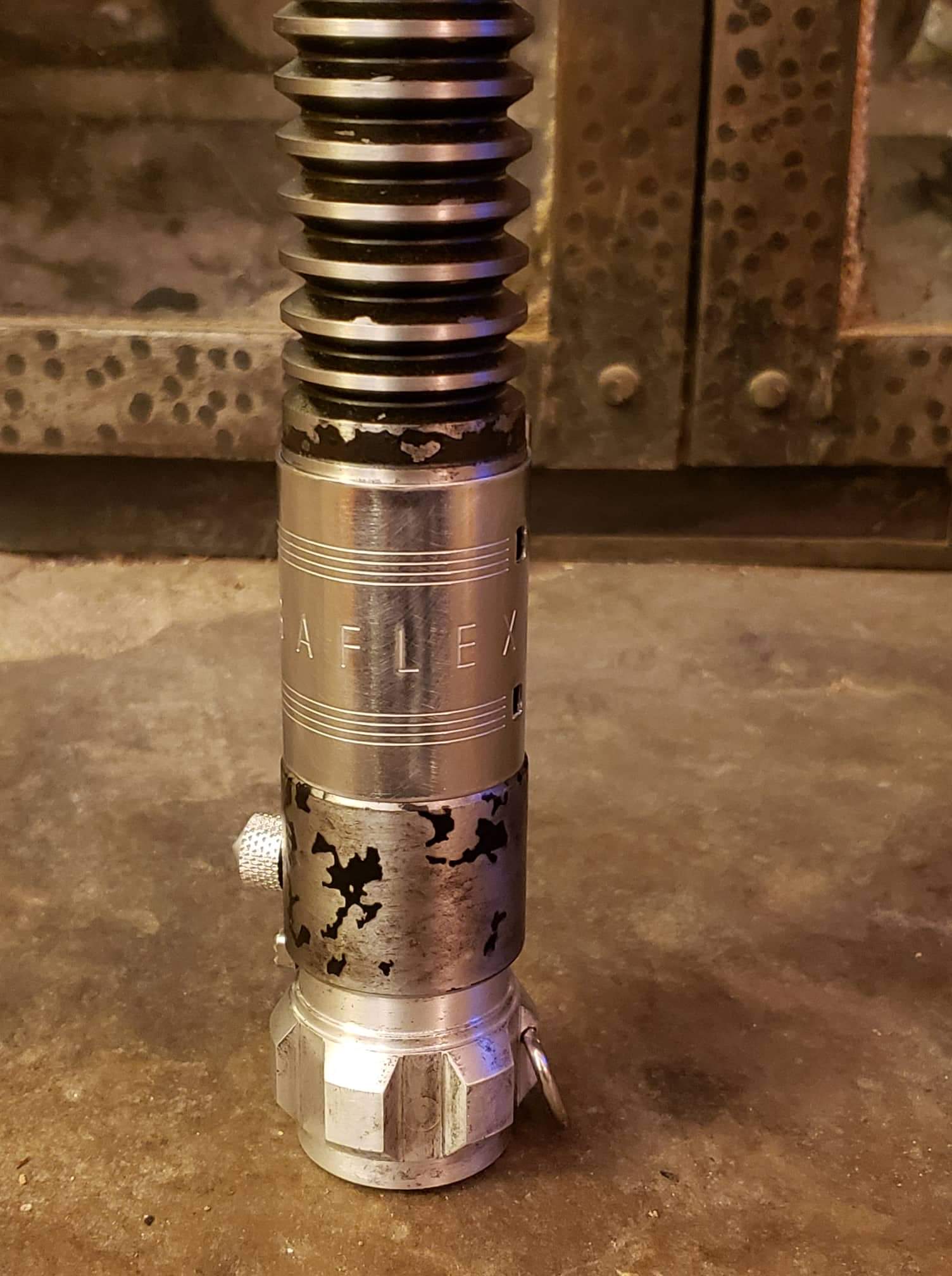 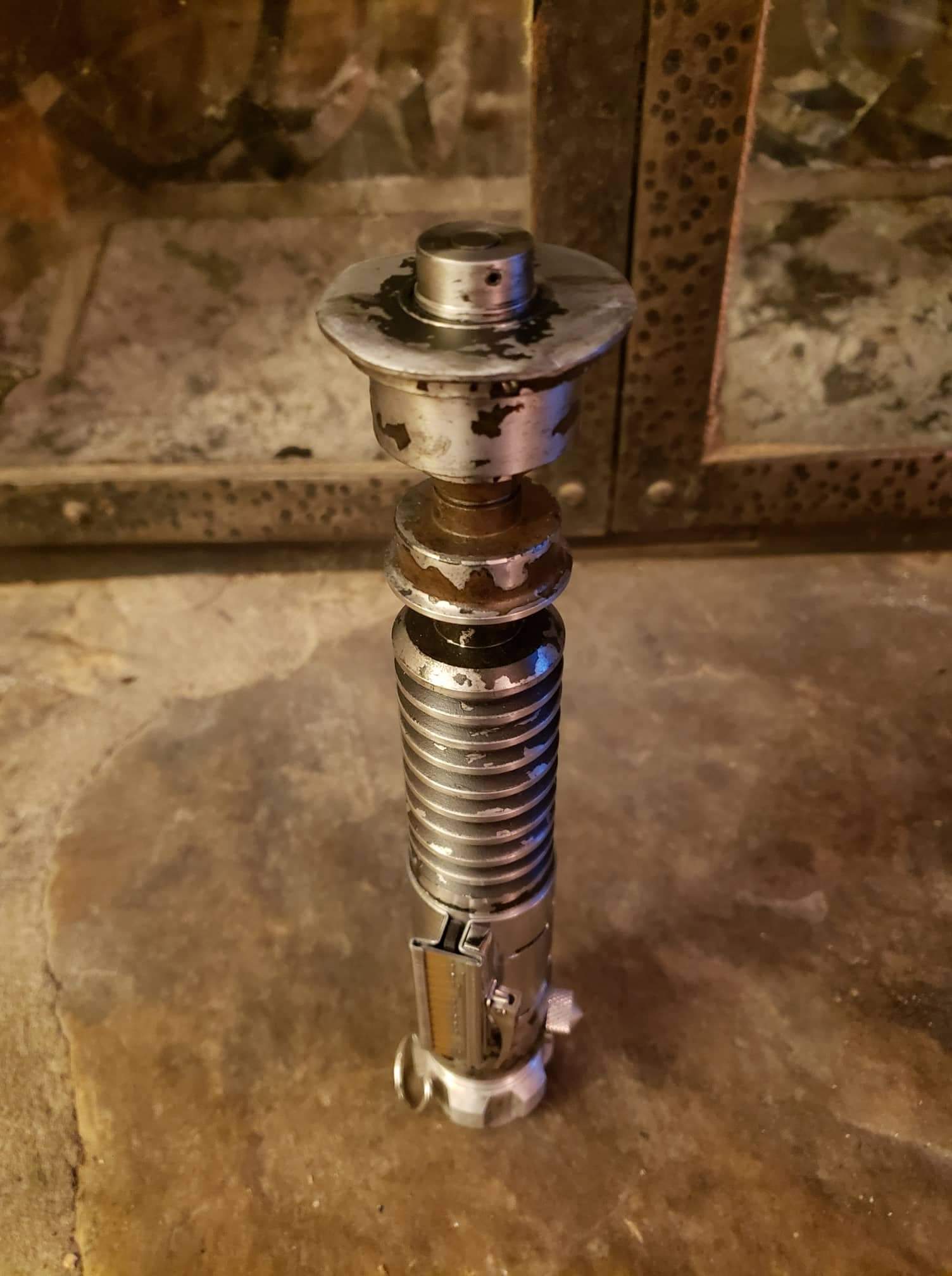 I'm going to buy some gaffers tape in the next day or so to wrap up the spot on the wind vane. And then, to electronics...