I thought that I would create a thread to showcase the costumes that have made and to track progress of any that I might do in the future.

So far, I have three costumes that I have mostly handmade. First, I made Jedi Luke back in 2015 and have tweaked it a bit since. The boots, glove, and belt hook are the only sourced parts. The boots are vintage riding boots I got of ebay (overly tight, but I like the look these give). The glove is actually from a set of women's fine leather gloves. They were the only pair of gloves that I could track down that had a long cuff and weren't too bulky. The rest I made from scratch. 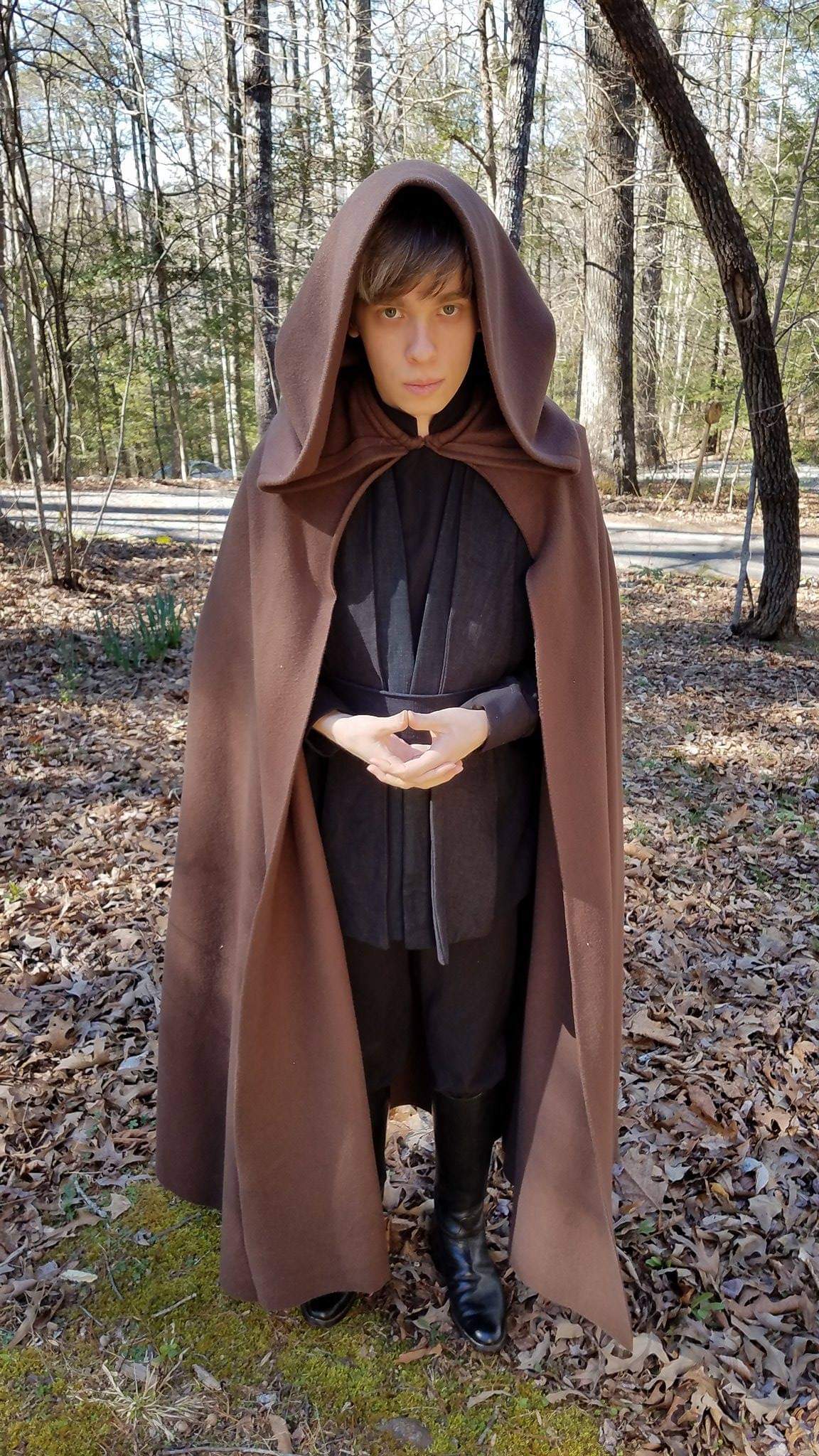 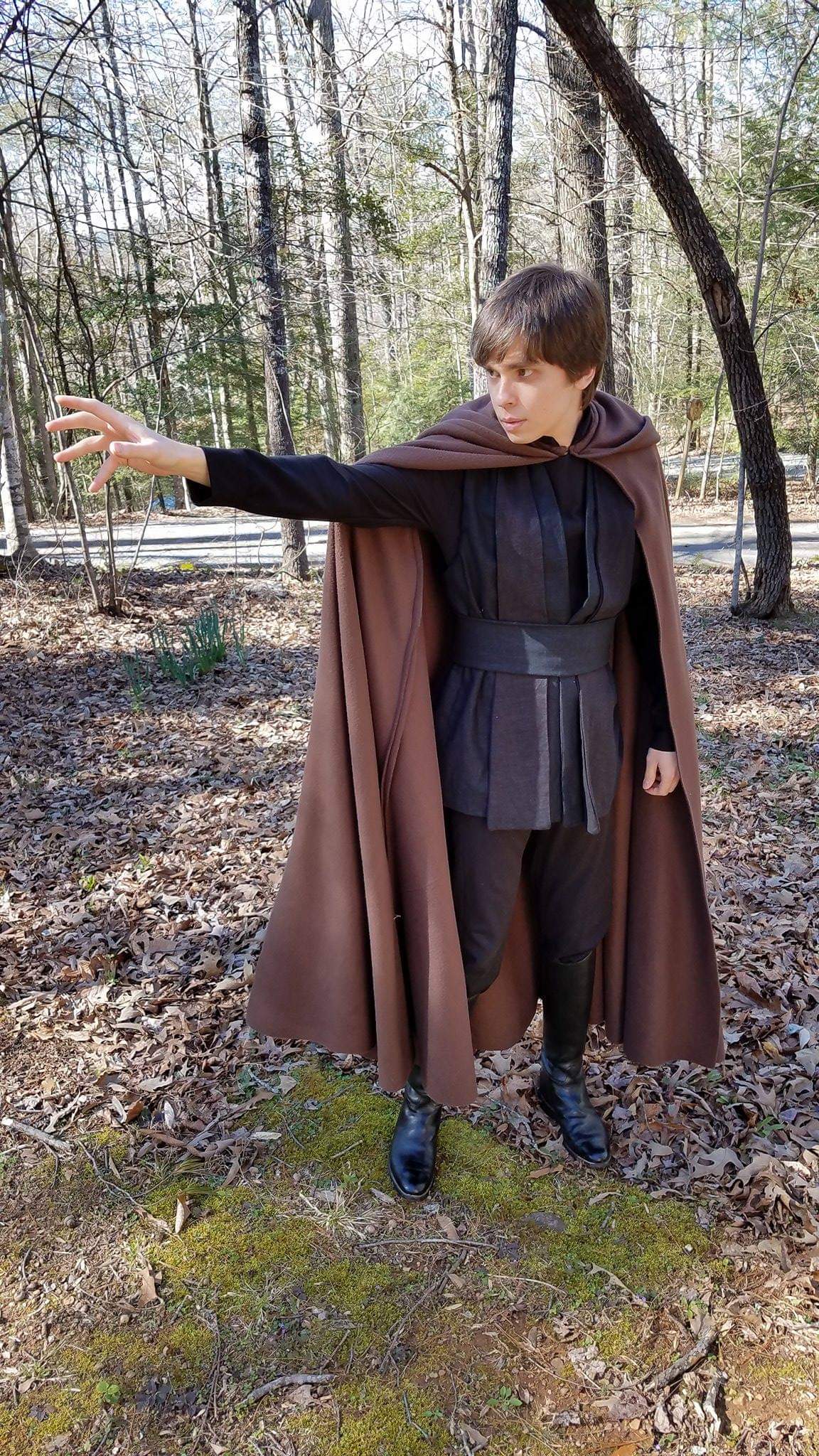 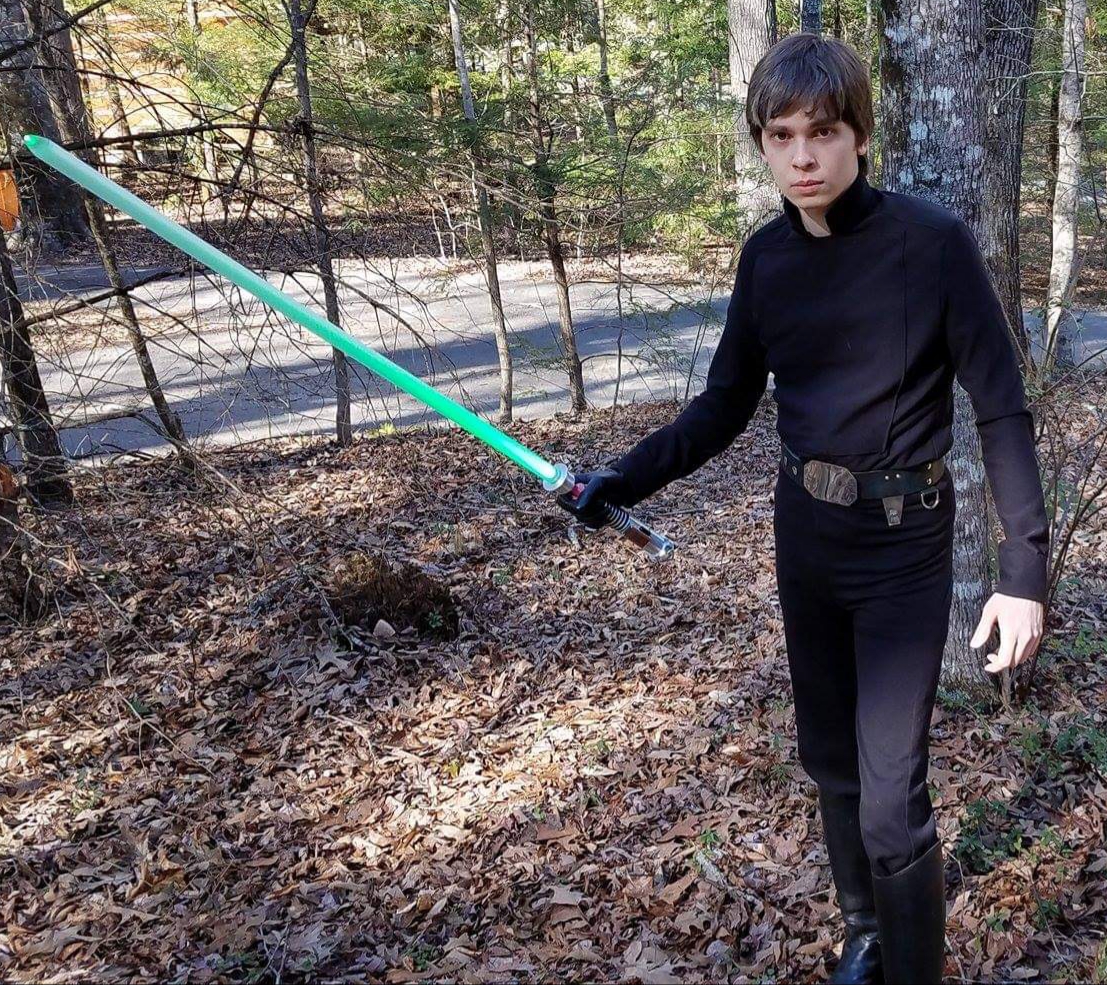 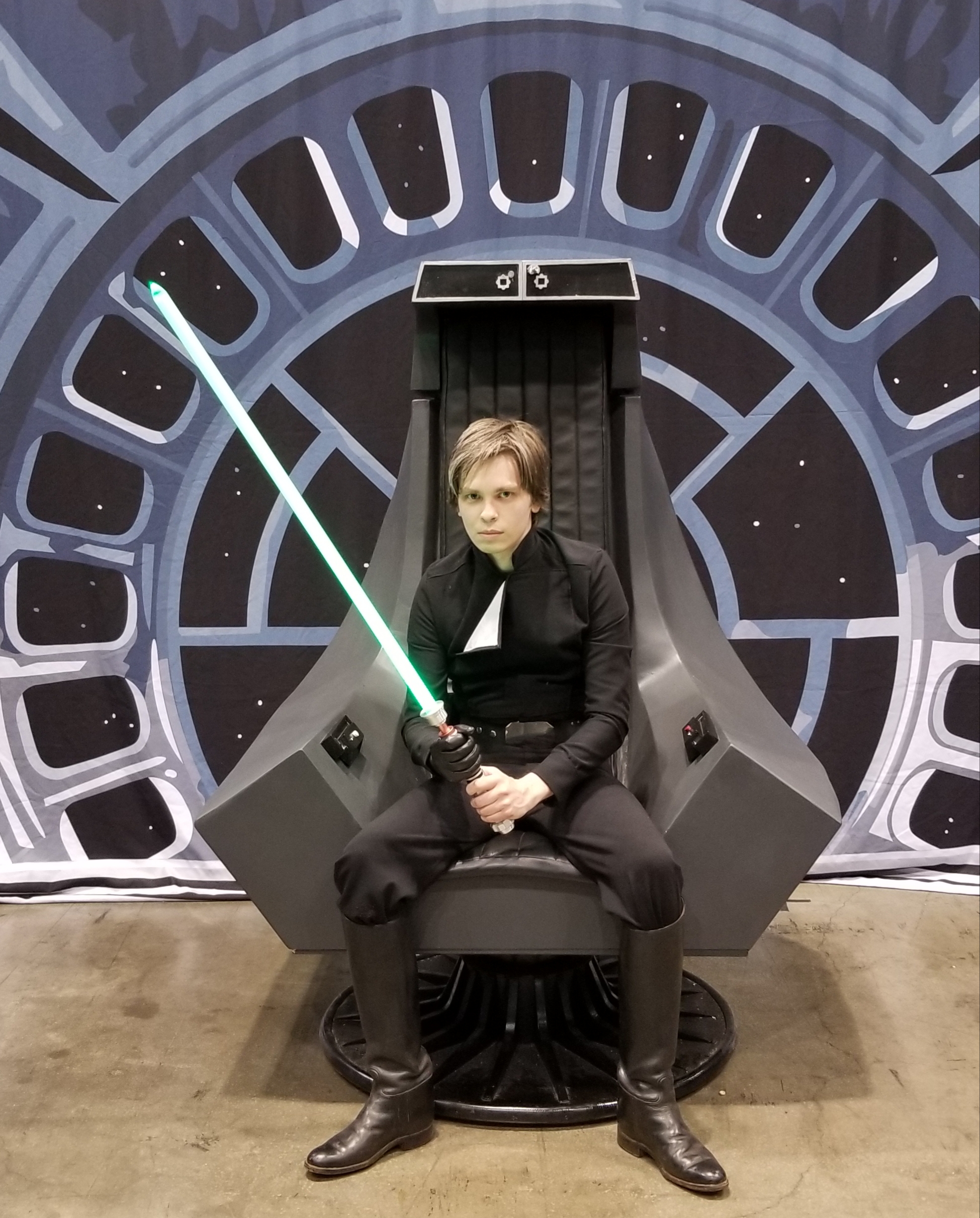 The last shot there was taken at Celebration in 2019.

RPF PREMIUM MEMBER
Really awesome work! The Luke costume looks great on you. The boots look like a great fit!

What’s next for you?

Indeed most impressive you do look like Jedi Luke, ... especially since you made your own costume parts ... you certainly have some great sewing skills.

masterjedi322 said:
Really awesome work! The Luke costume looks great on you. The boots look like a great fit!

What’s next for you?

My next costume that I completed was ESB Bespin Luke. The boots are a pair of moccasin boots my brother (BTTFfan88) actually got 15+ years ago when he did the costume as a teenager. I have since weathered them and added leather straps that match pretty nicely. The belt is from an etsy shop TheNeedleAndBlade, which I don't think is up any longer. It is very nice work. The undershirt is a thermal that I cut the sleeves off of, rolled the arm hole further in, and dye and paint stained. The pants and jacket are again scratch built and weathered. 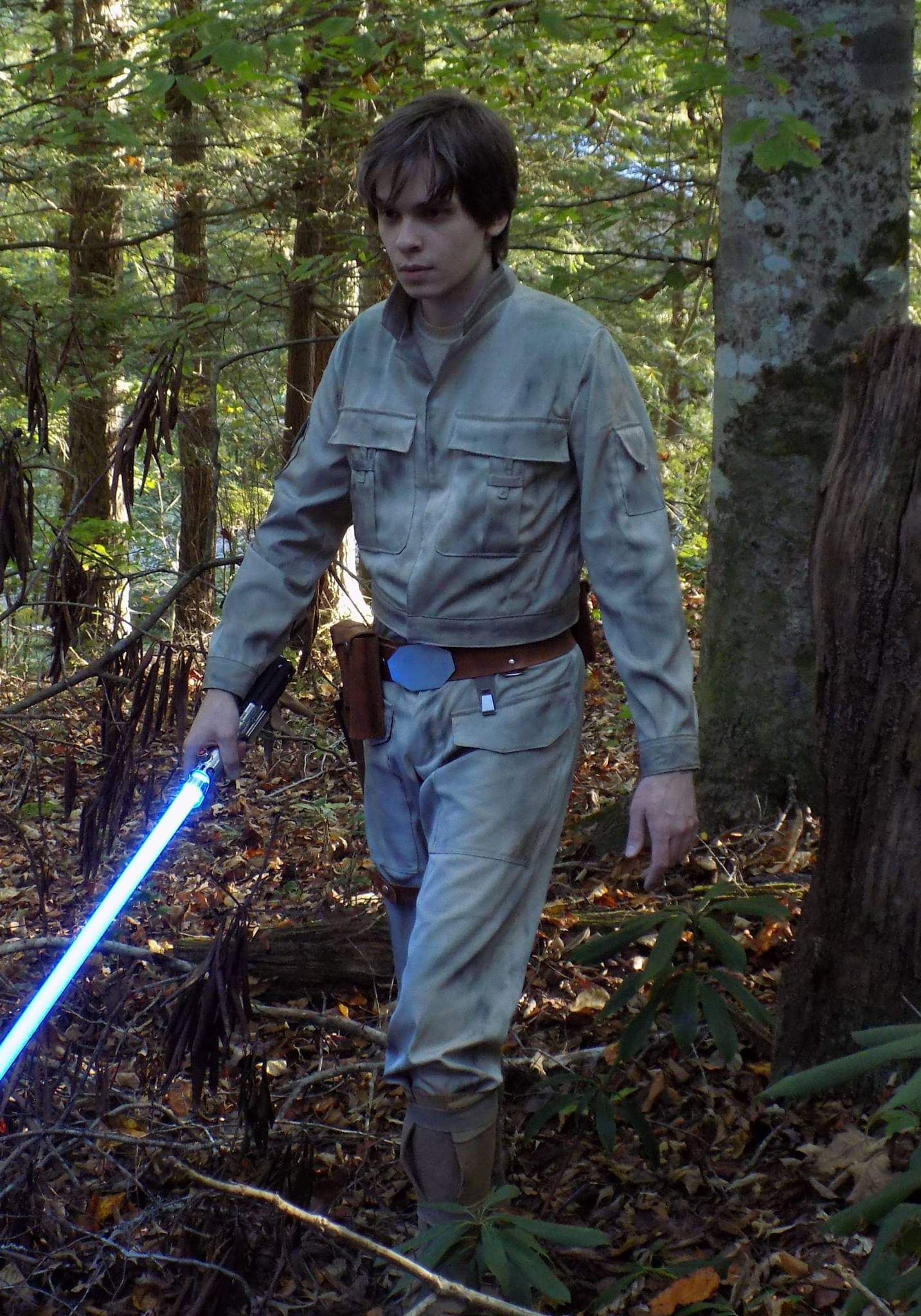 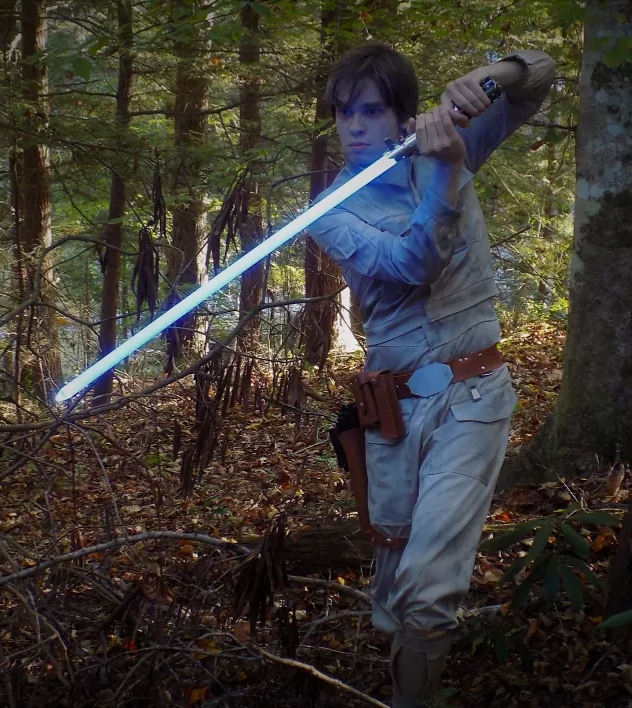 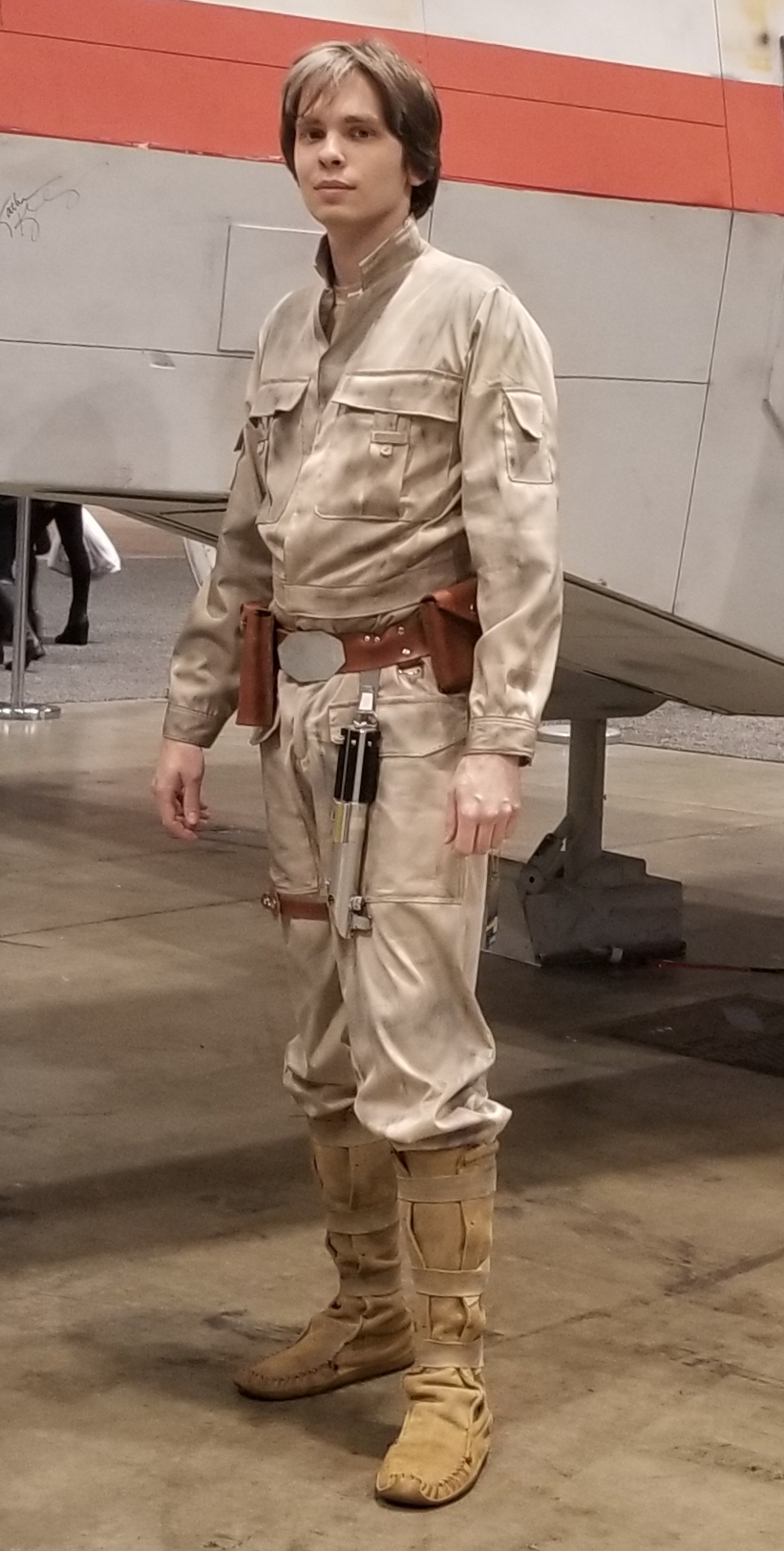 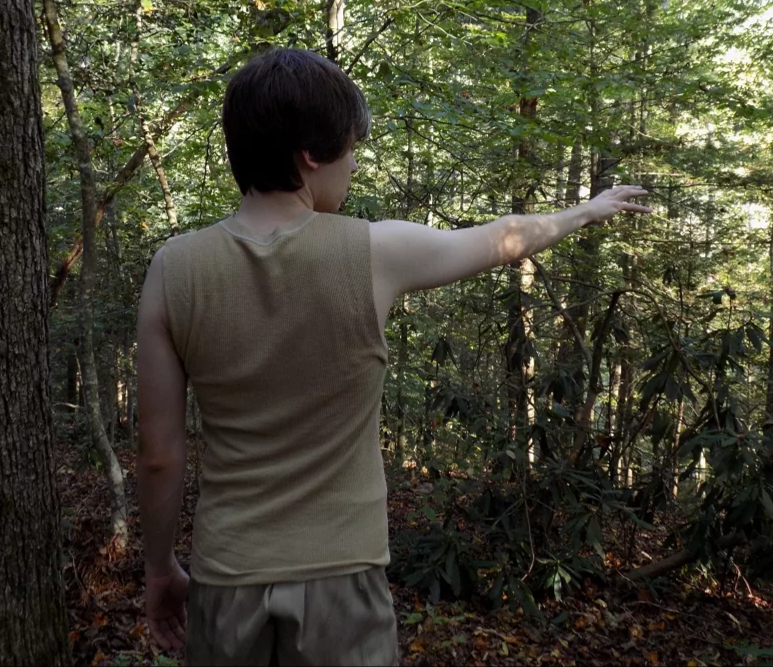 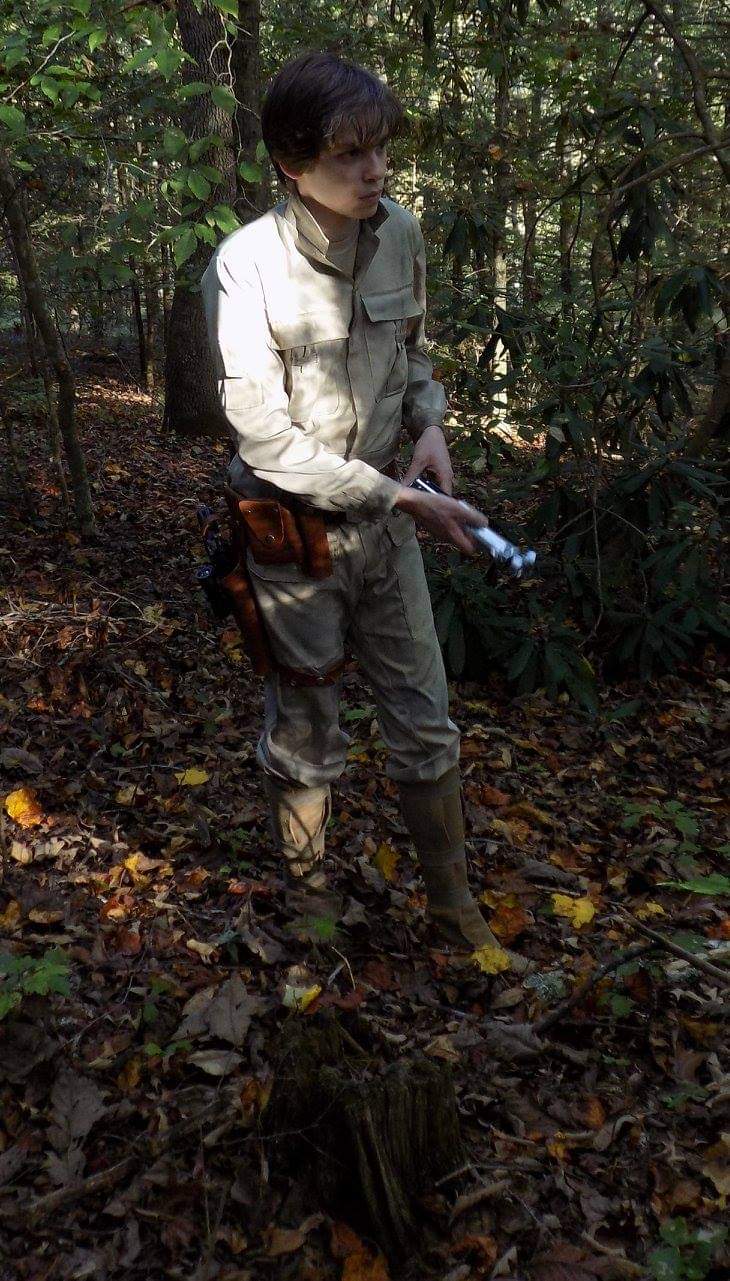 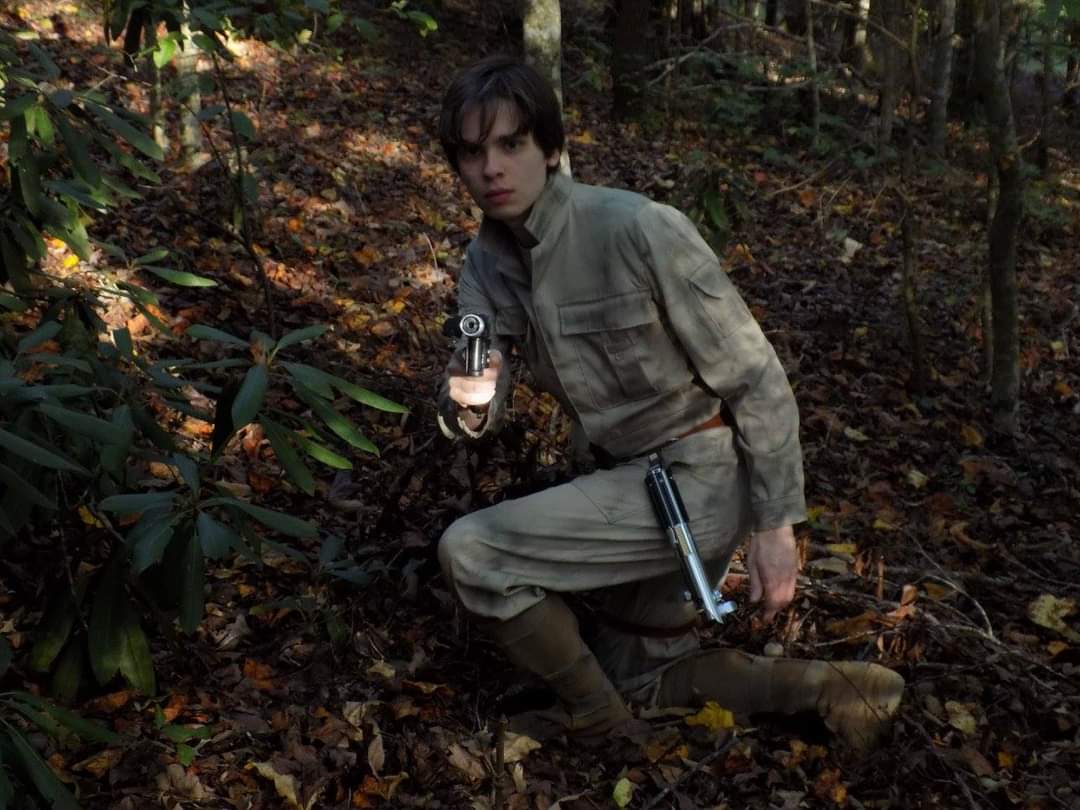 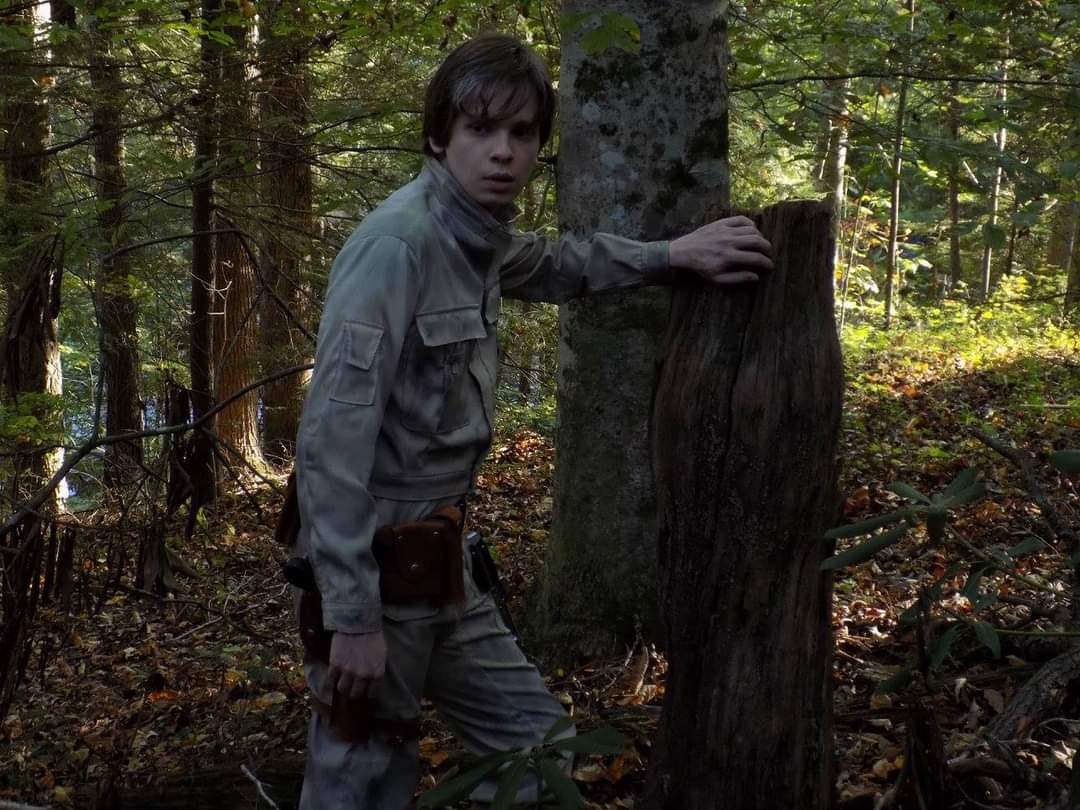 Fantastic absolutely fantastic ... you certainly have done some great research to be able to recreate both costumes ... do I detect a pattern what's next ... Luke ANH?

Sym-Cha said:
Indeed most impressive you do look like Jedi Luke, ... especially since you made your own costume parts ... you certainly have some great sewing skills.

Haha, and no, no ANH Luke. I am giving it serious consideration. I'm planning on doing the lightsaber in the next few months and the the costume will likely soon follow.

The next was the most daunting for me: Kylo Ren from Force Awakens. The helmet is the Hasbro Black Series. The boots are some inexpensive rain boots that I heavily modified with pieces of leather. Gloves are inaccurate, generic black gloves. All of the rest of it was built from scratch. I'm not crazy about the lack of sheen on the outer cloak and never could find the right method of getting it that waxy look. 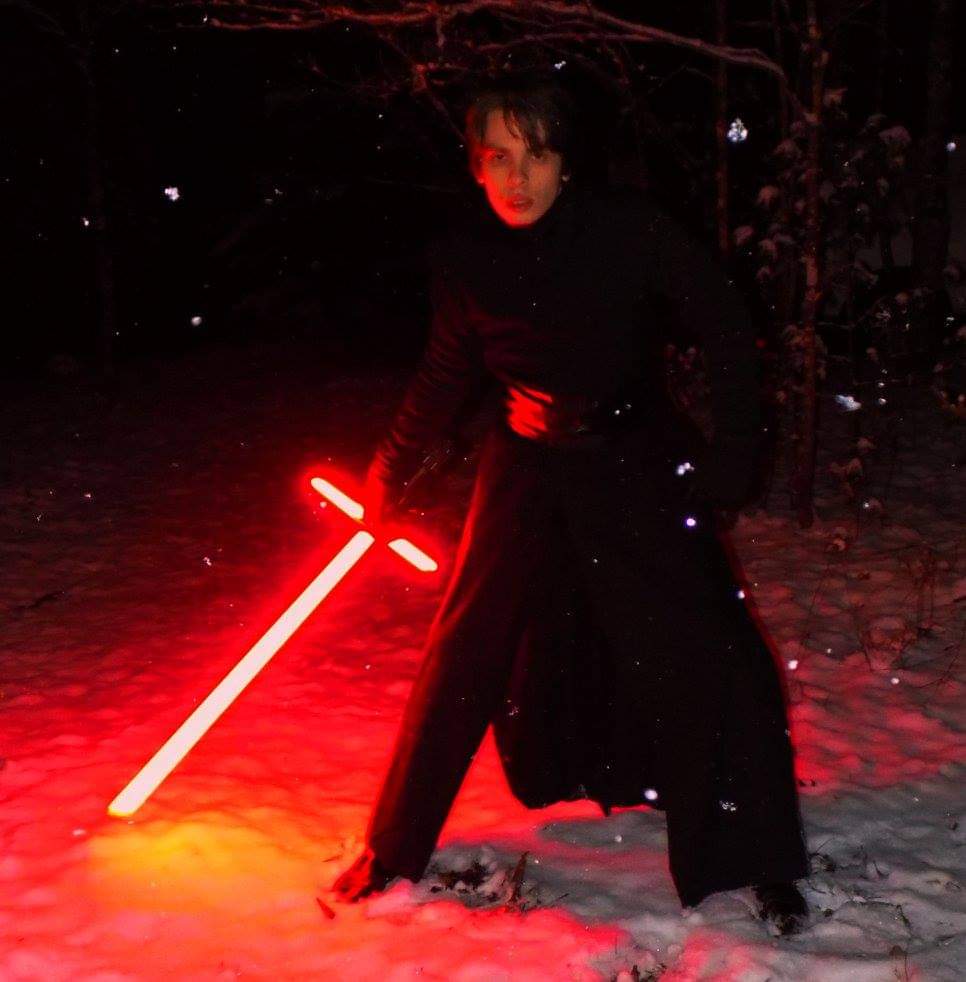 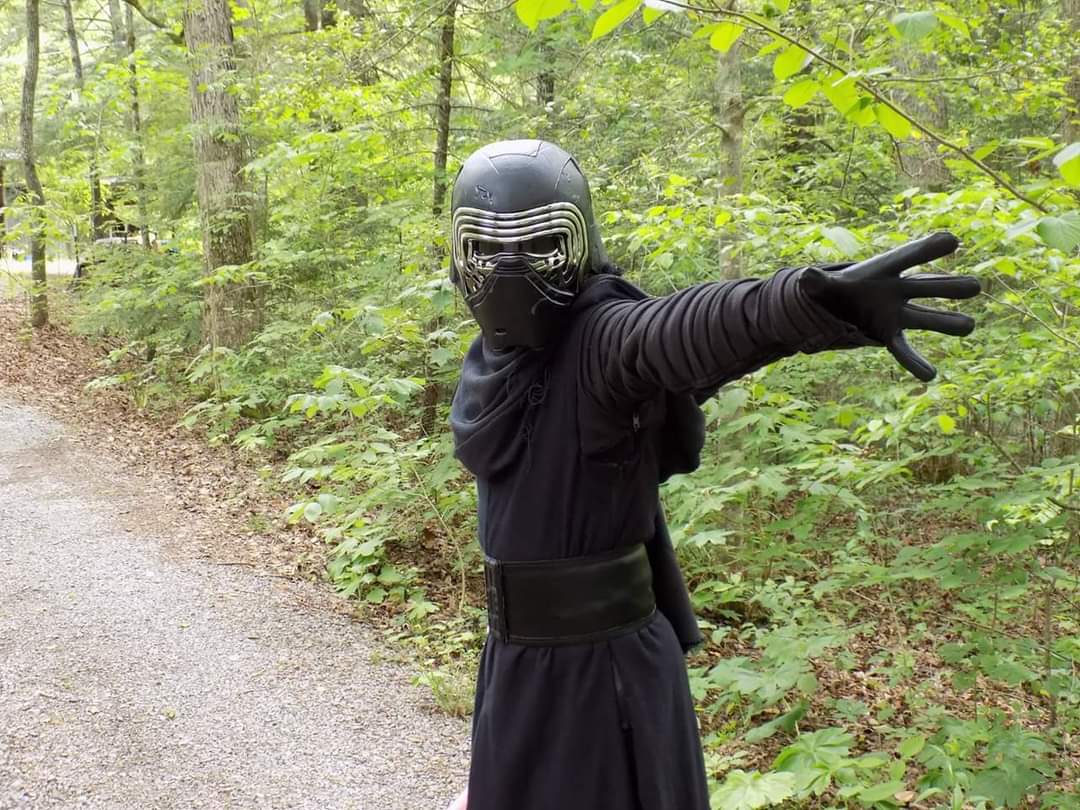 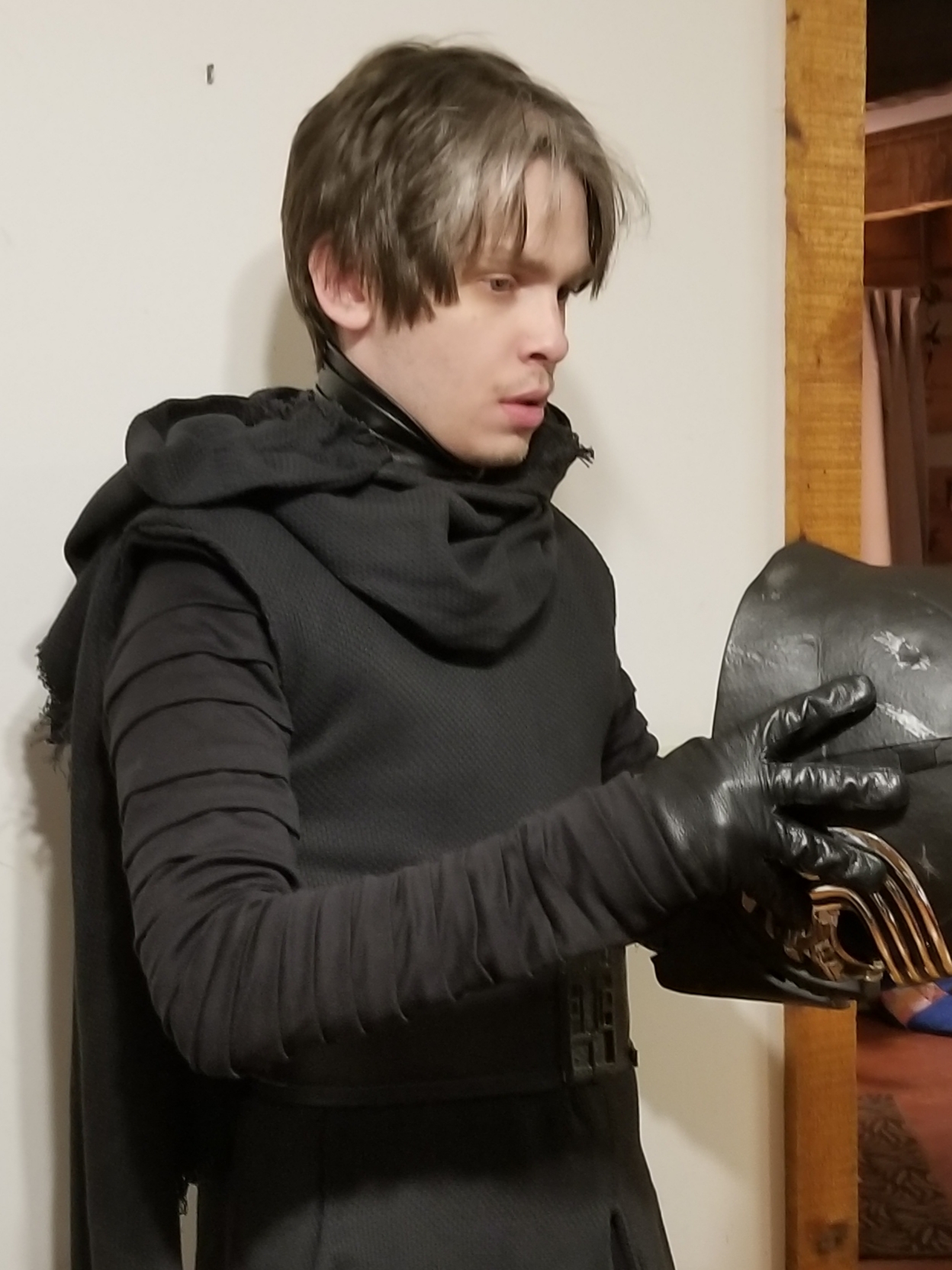 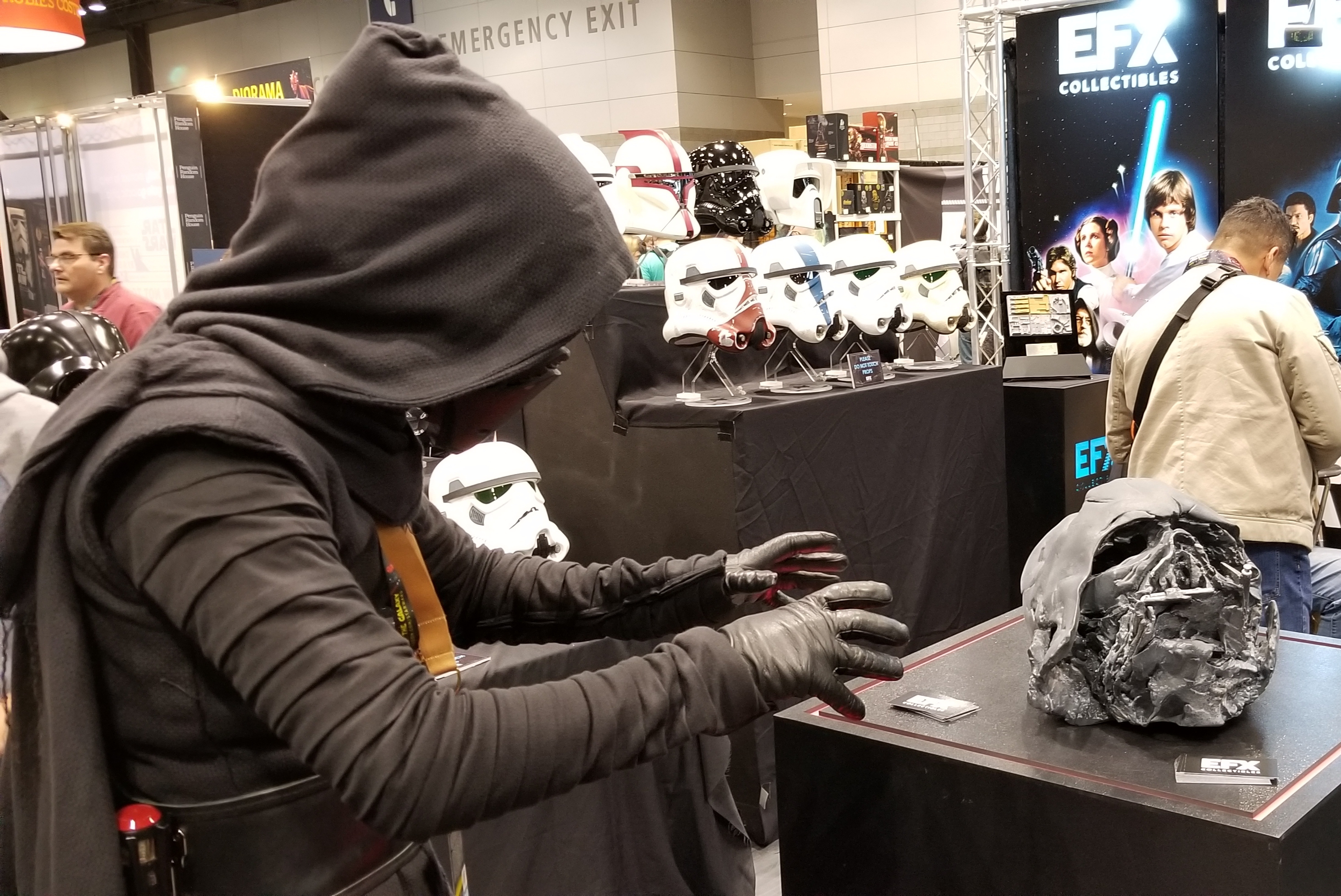 I took several new pictures of my Jedi Luke costume. I made a change to the shirt recently. Initially, I had it open and close similar to jacket (with the two front sides meeting in the center) and the flap on the front was attached via snaps. This caused issues with them popping loose anytime I stretched and generally didn't have quite the right look. I then read in my "Costumes of Star Wars" book that I have that the shirt was closed by a hidden zipper under the left sleeve. So, I replace one side of the shirt and had the closure in the same way as the real costume. I must say, I do prefer the look and feel of the new set-up. No more popping snaps!!

So, I'm suddenly thinking a Poe Dameron costume is a good idea