Community Staff
I currently have the Falconer and Tracker and while their paint is terrible, I was really thrilled to see that they are pretty much direct castings from the originals.

Then I got the "Classic" and I don't know what happened, but it feels like Sideshow completely cheaped out on this one and didn't even try. The color is completely wrong and the "Battle damage" looks ridiculous because it is almost an inch thick along the edges. I was just going to sell this helmet, but instead, I am going to go in, beat it up properly with a dremel and then have it completely repainted.

Here are the "BEFORE" photos, highlighting what I don't like about this helmet. 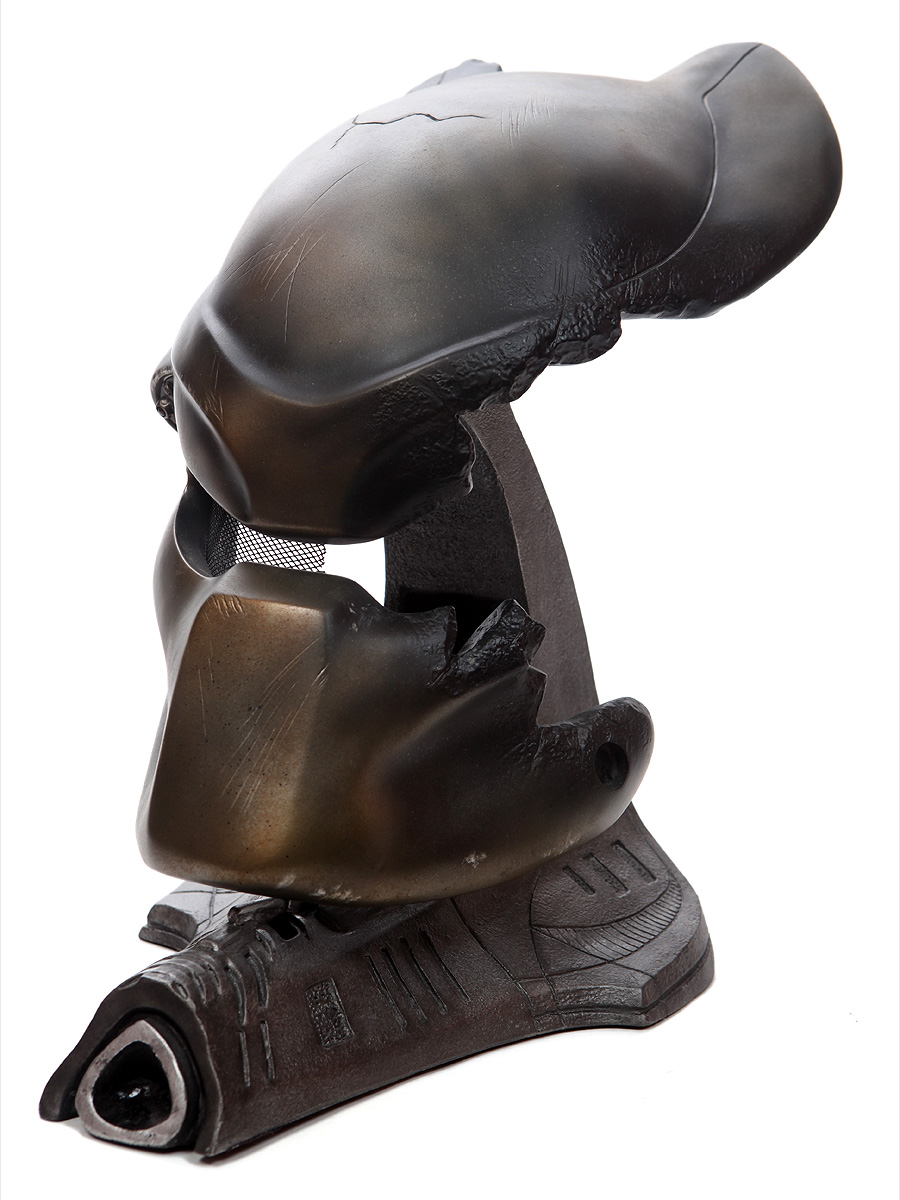 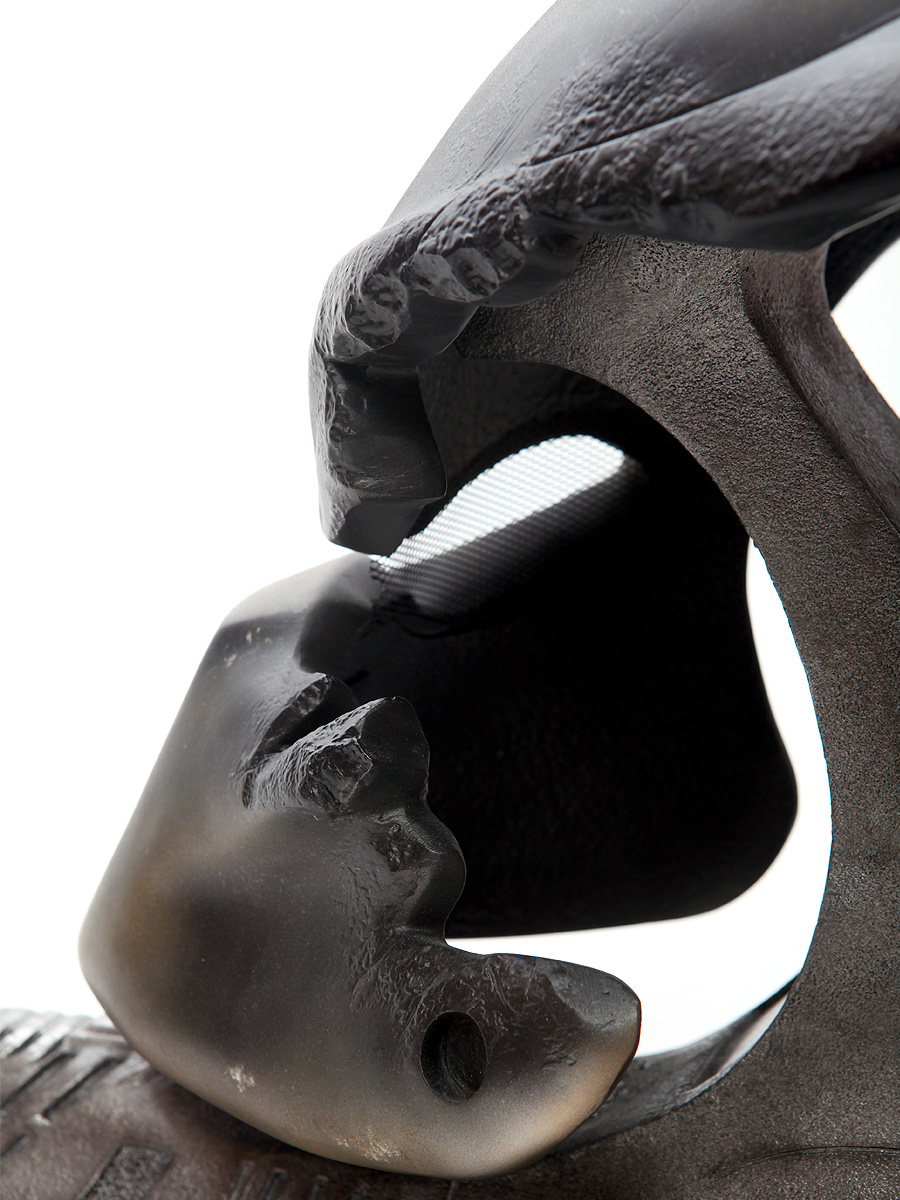 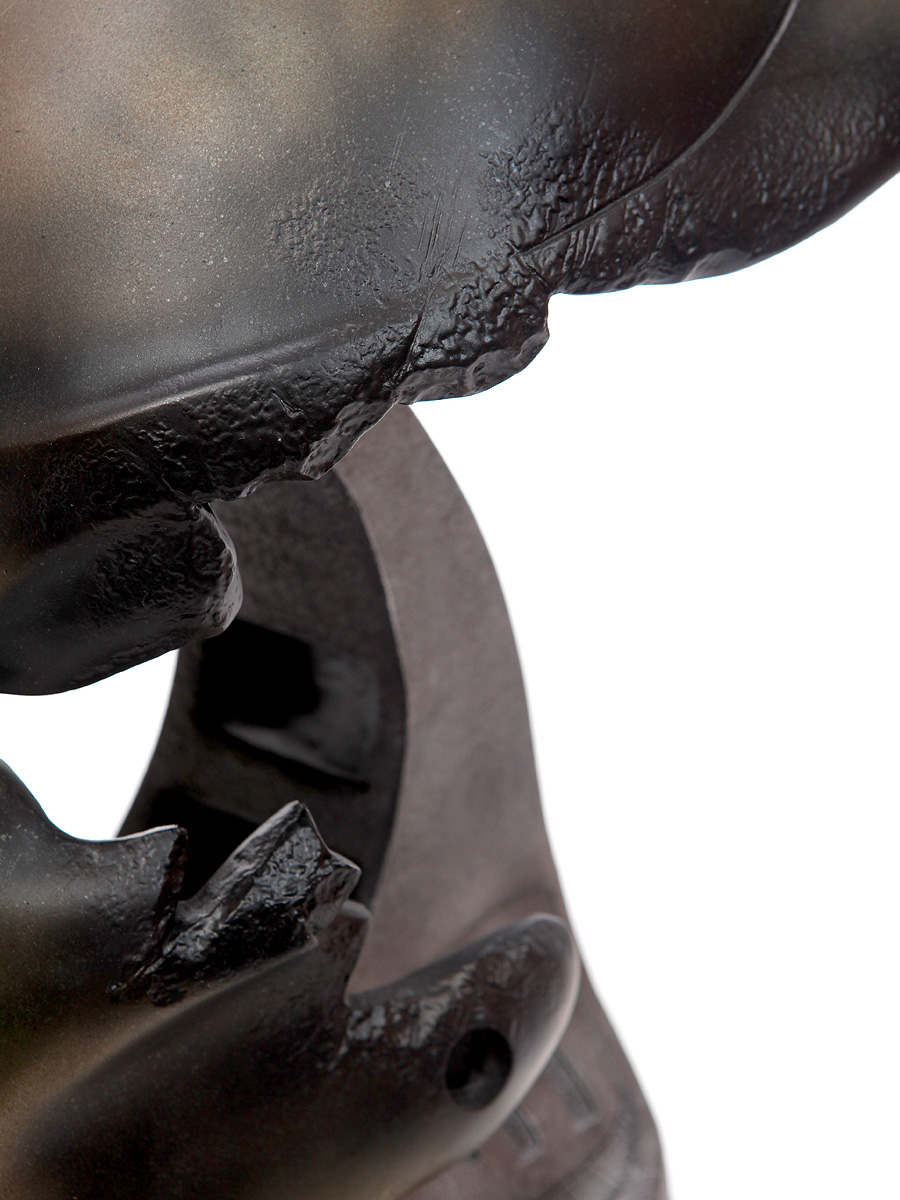 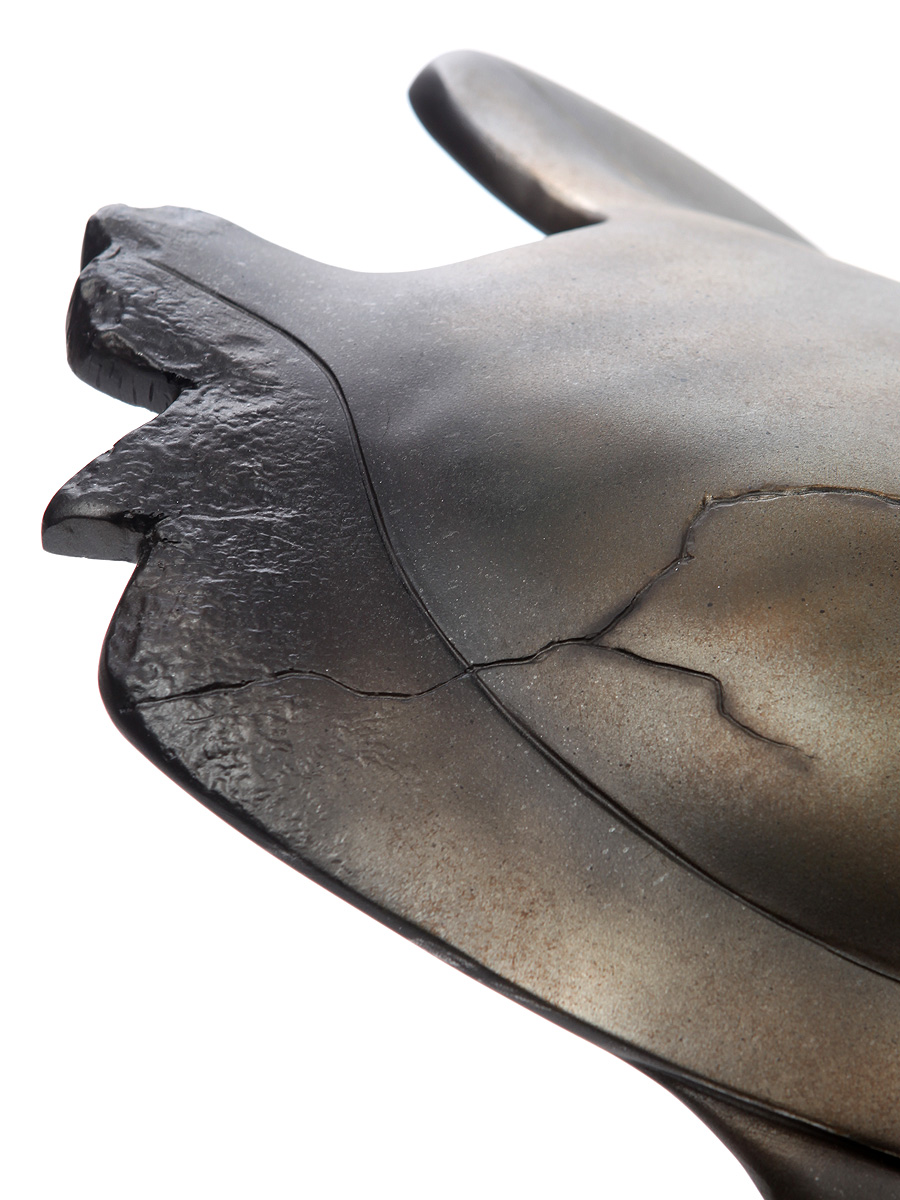 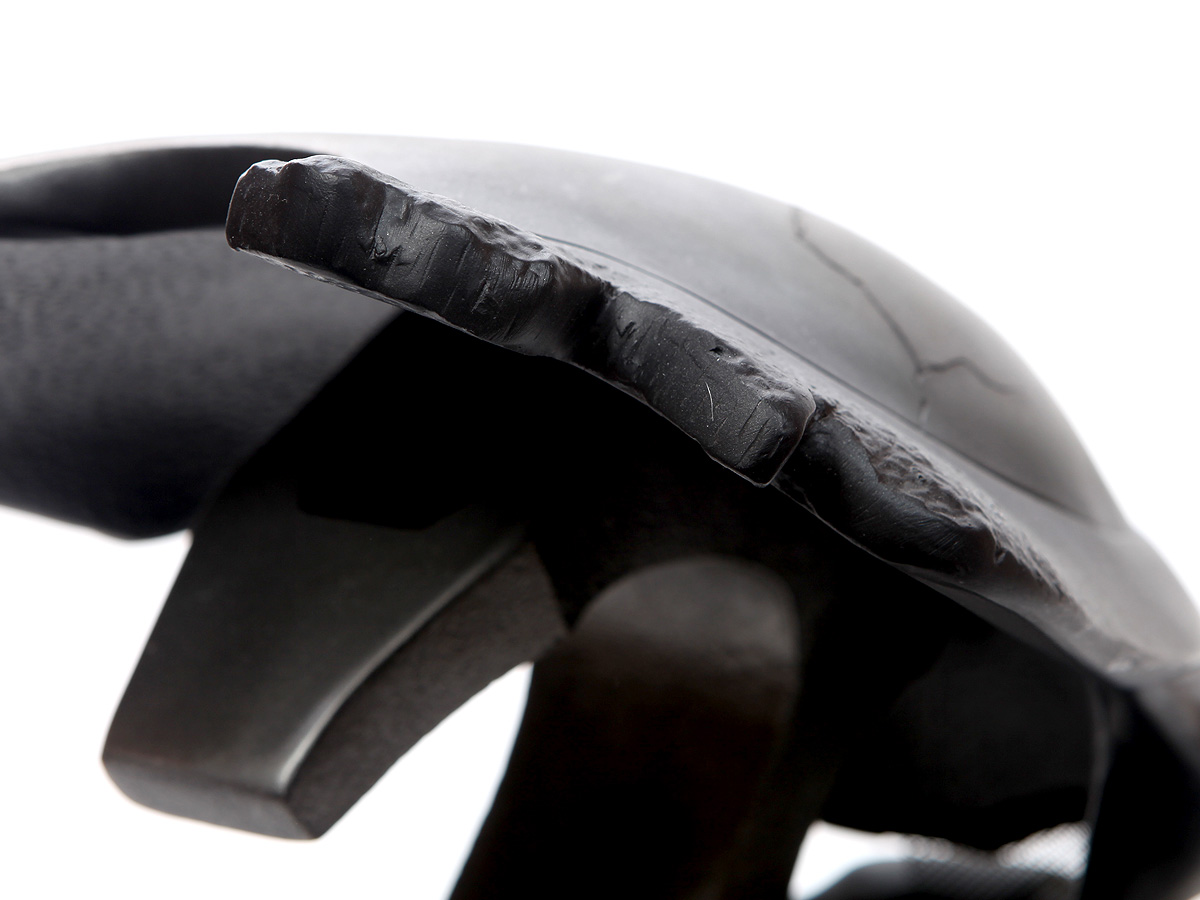 Community Staff
Here are the photos I am using as my inspiration for the mod. 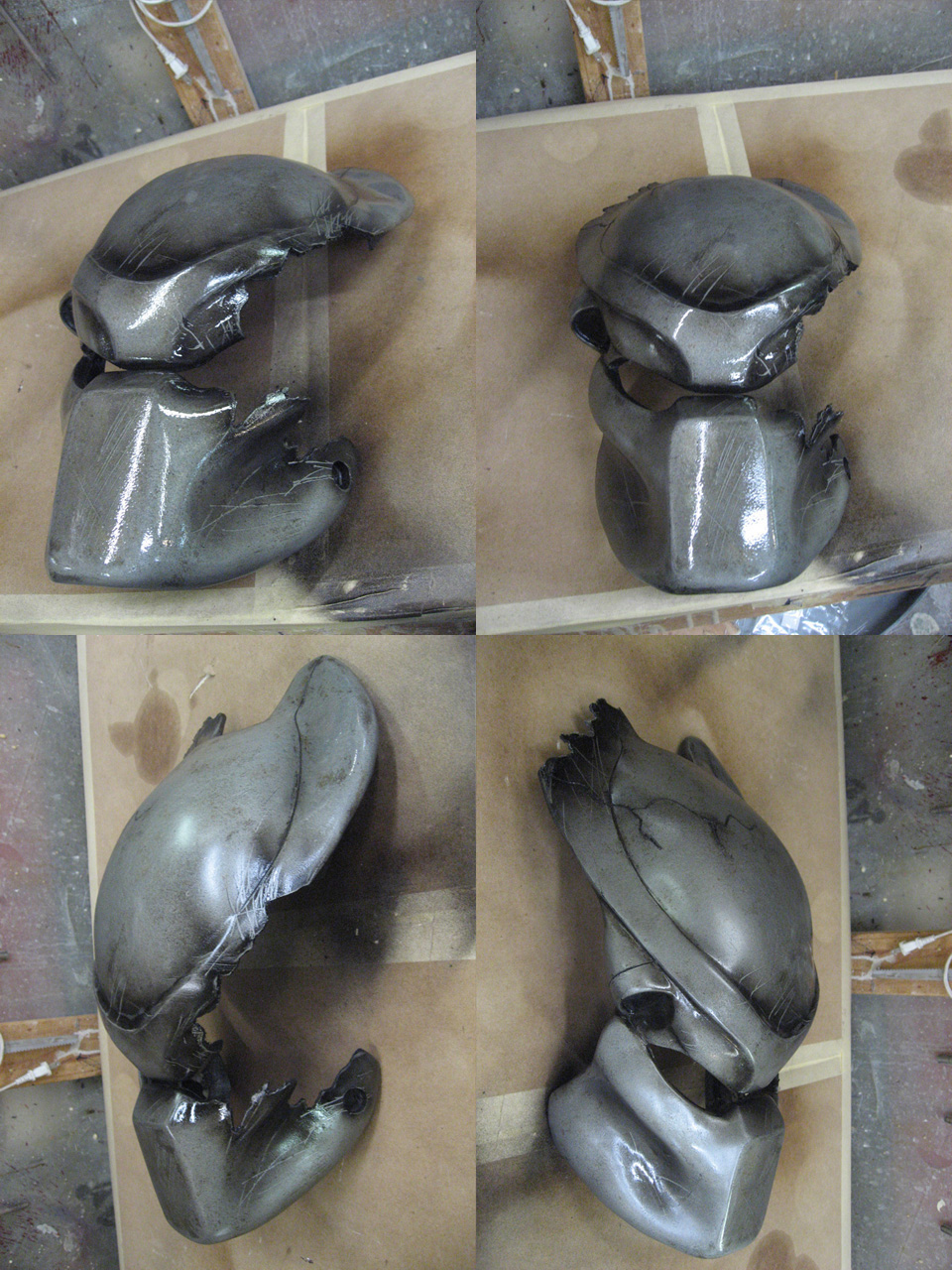 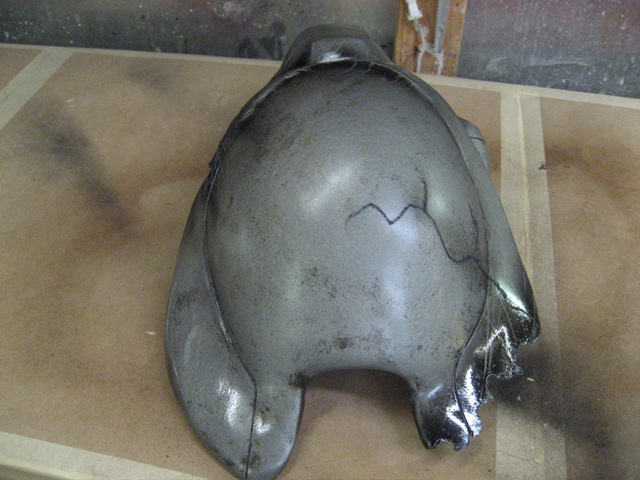 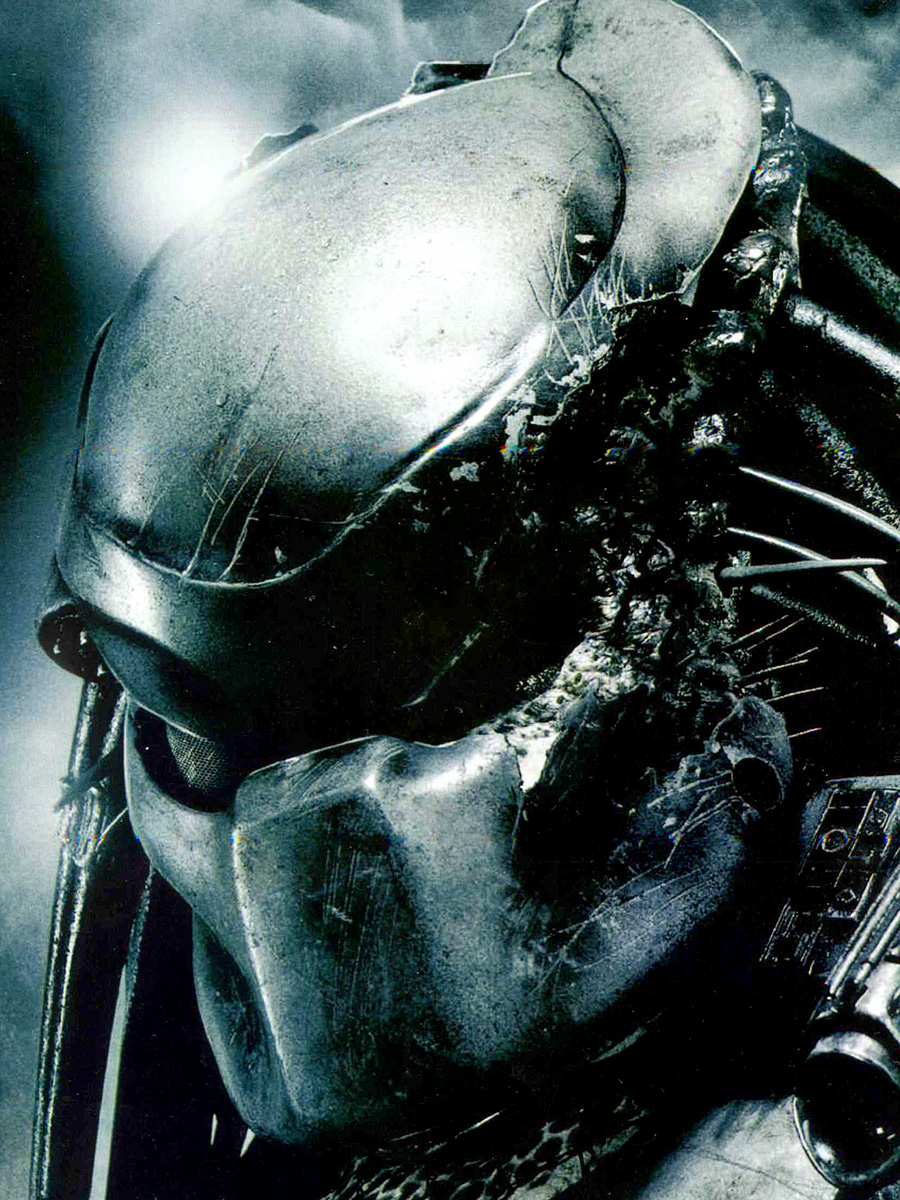 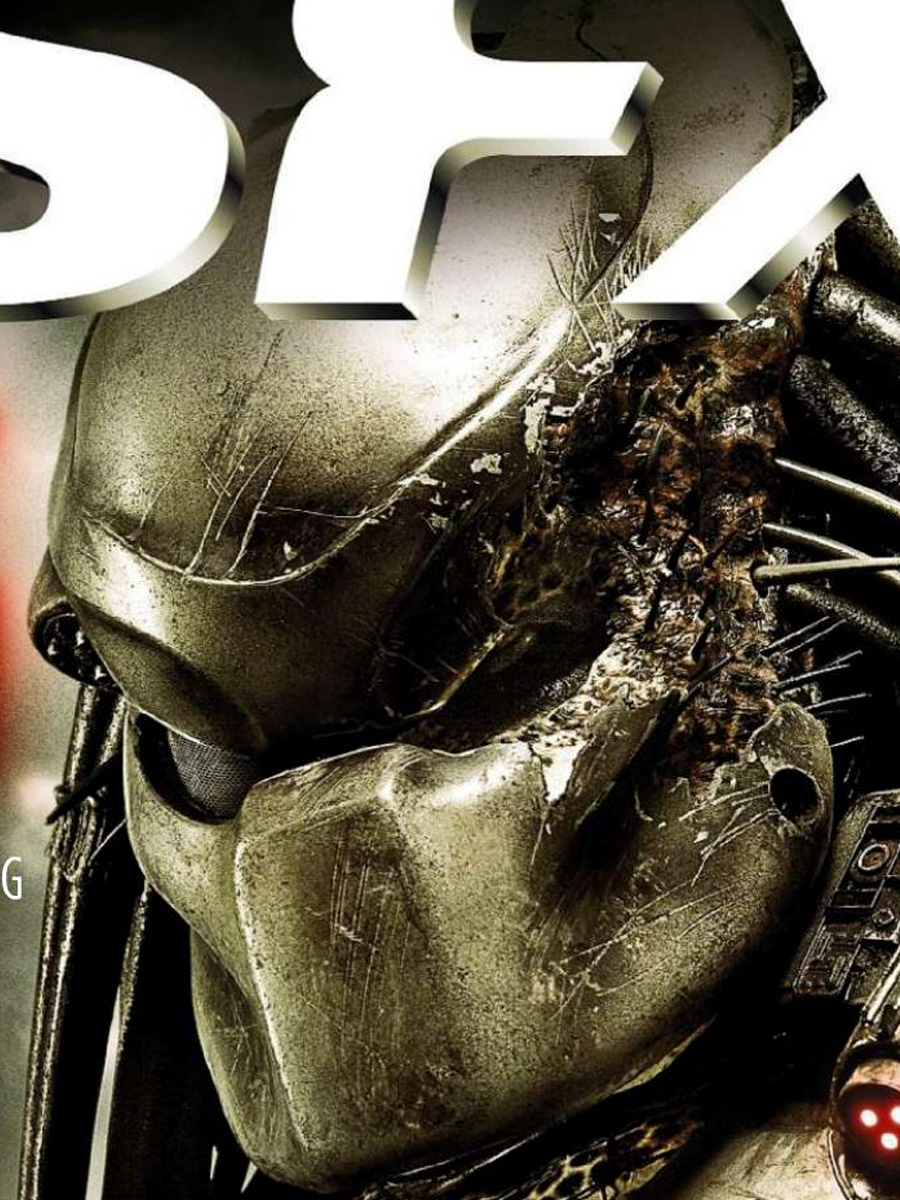 Glad that the photos can be helpful to you Art

Yikes. I really wish Sideshow would do something about the problem they have with paint spatters on every single one of their bios that I've seen. I don't expect miracles from them, but surely it's not too much to ask for a clean paintjob? Weathering is not a license to do a crappy job.

Good luck with the reworking...
U

There is not even any detail in the jaw hose connection hole, and the damage........pfft , was it done by a chimp?

Even the screen used pics looks pants to be honest, and should not be of much help, as we constantly see better work come from within these walls.

Guan-thwei said:
Glad that the photos can be helpful to you Art
Click to expand...

To be quite honest, your photos are all that are motivating me to work on this. Without them... forget it.

Usurper said:
There is not even any detail in the jaw hose connection hole.
Click to expand...

To be fair, I don't think there is anything in that hole on the SU prop either.

Community Staff
OK, about an hour with the dremel I am done with what I would call "Pass 1."

This is process so far:
And here we are. Now, I haven't tried to shape anything or match any of the shapes see on the original helmet yet, and based on what was already done by Sideshow, I will only be able to match those shapes in a limited way, but overall, just by removing the hideous thick edges, I am already very happy with where this is headed.

Next up, shaping the edges a bit more like the original. 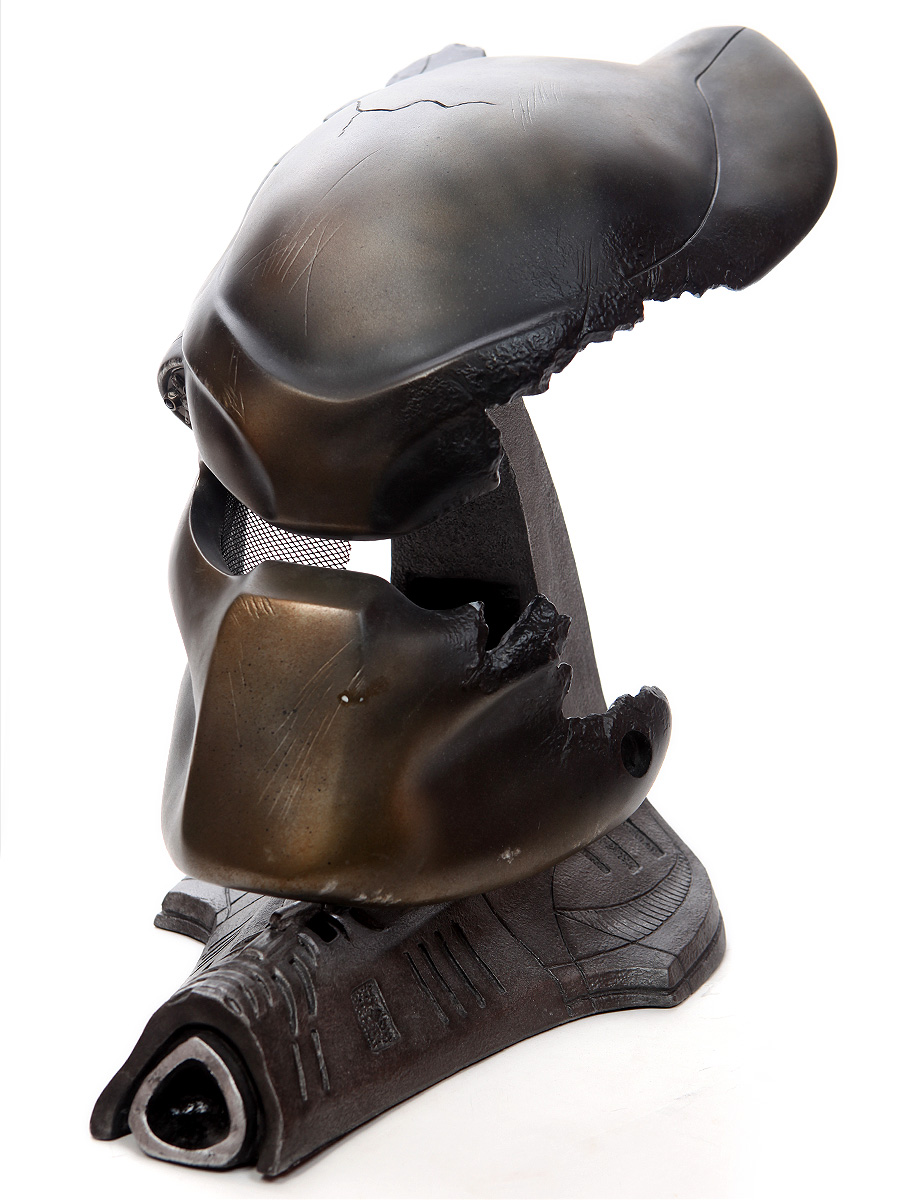 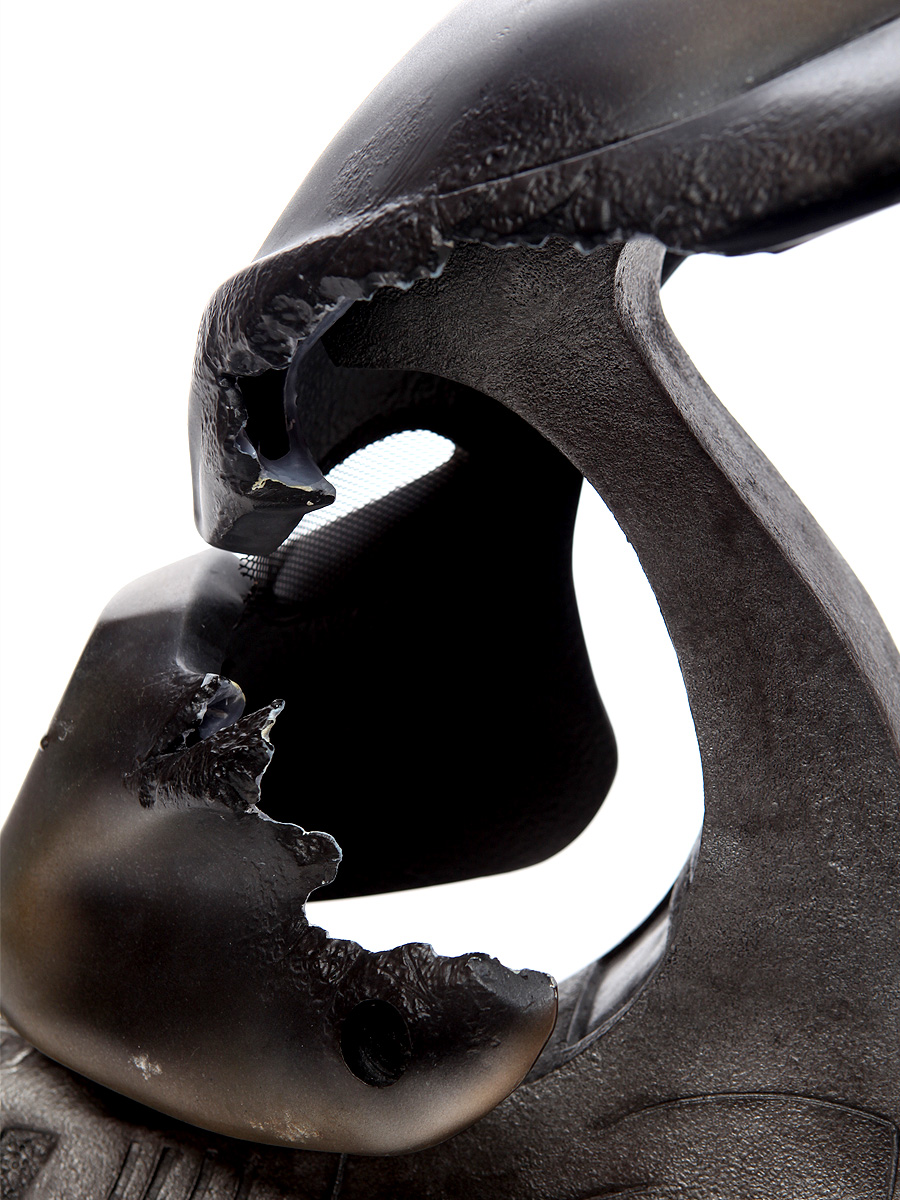 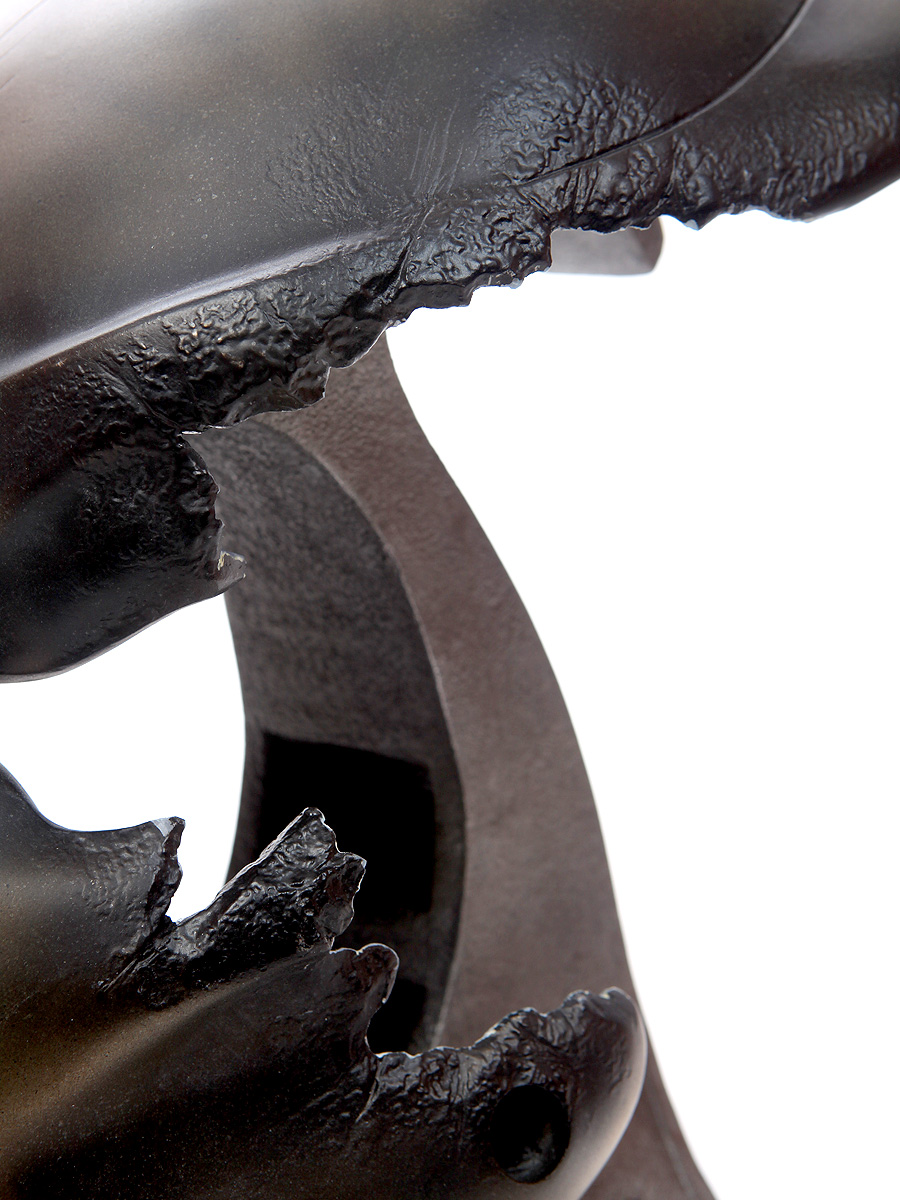 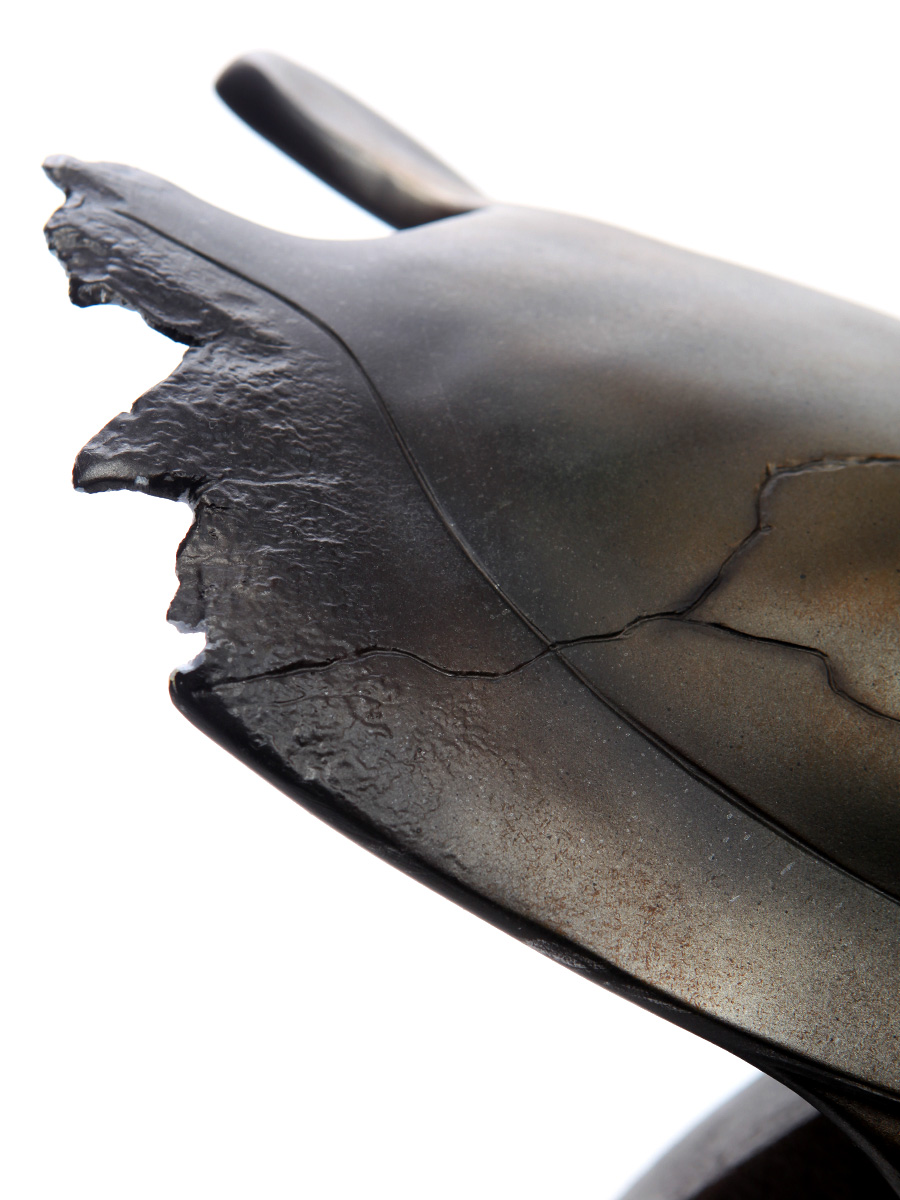 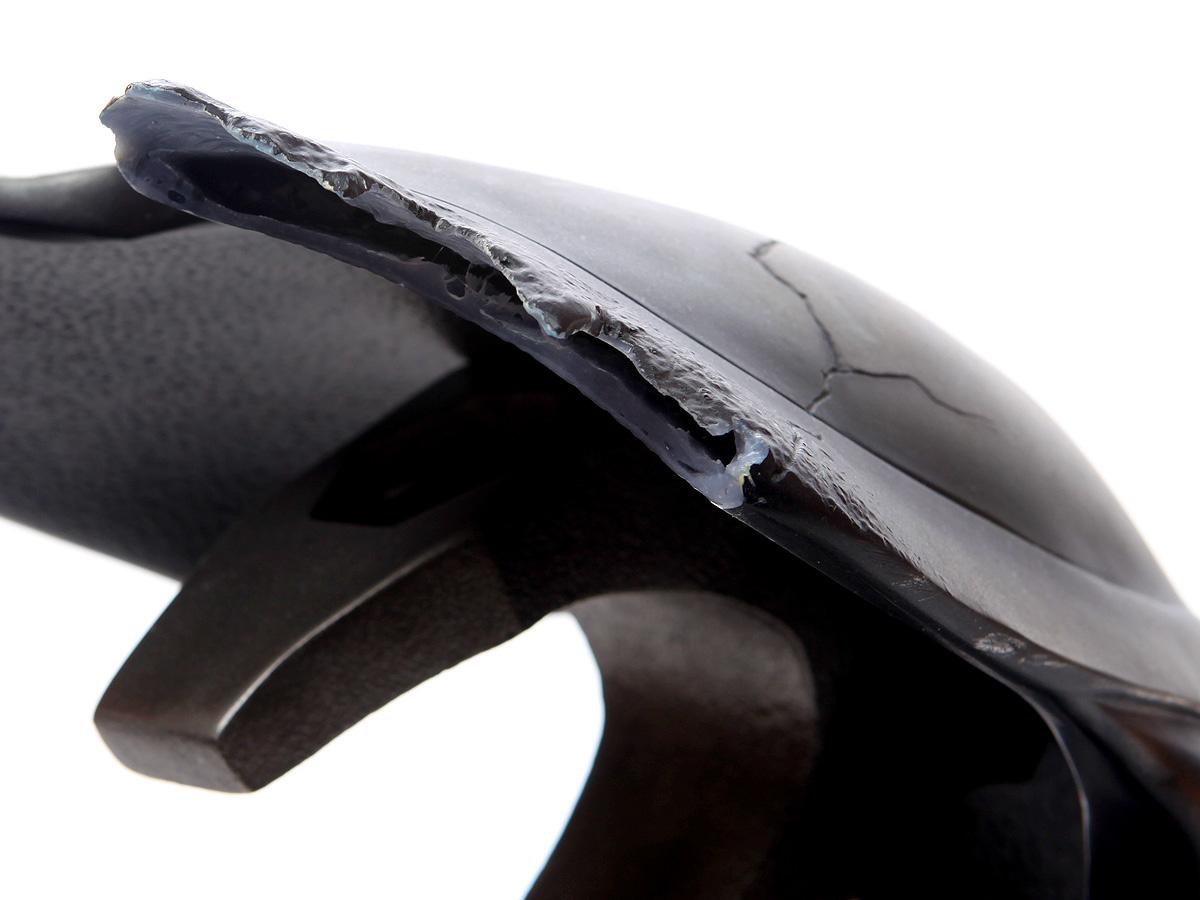 no comment on that then, because there bloody should be lol.
U

Community Staff
OK, so here is the issue with the next step. As you can see it will be impossible to replicate the damage accurately without actually sculpting on to the mask, something I really don't want to do. 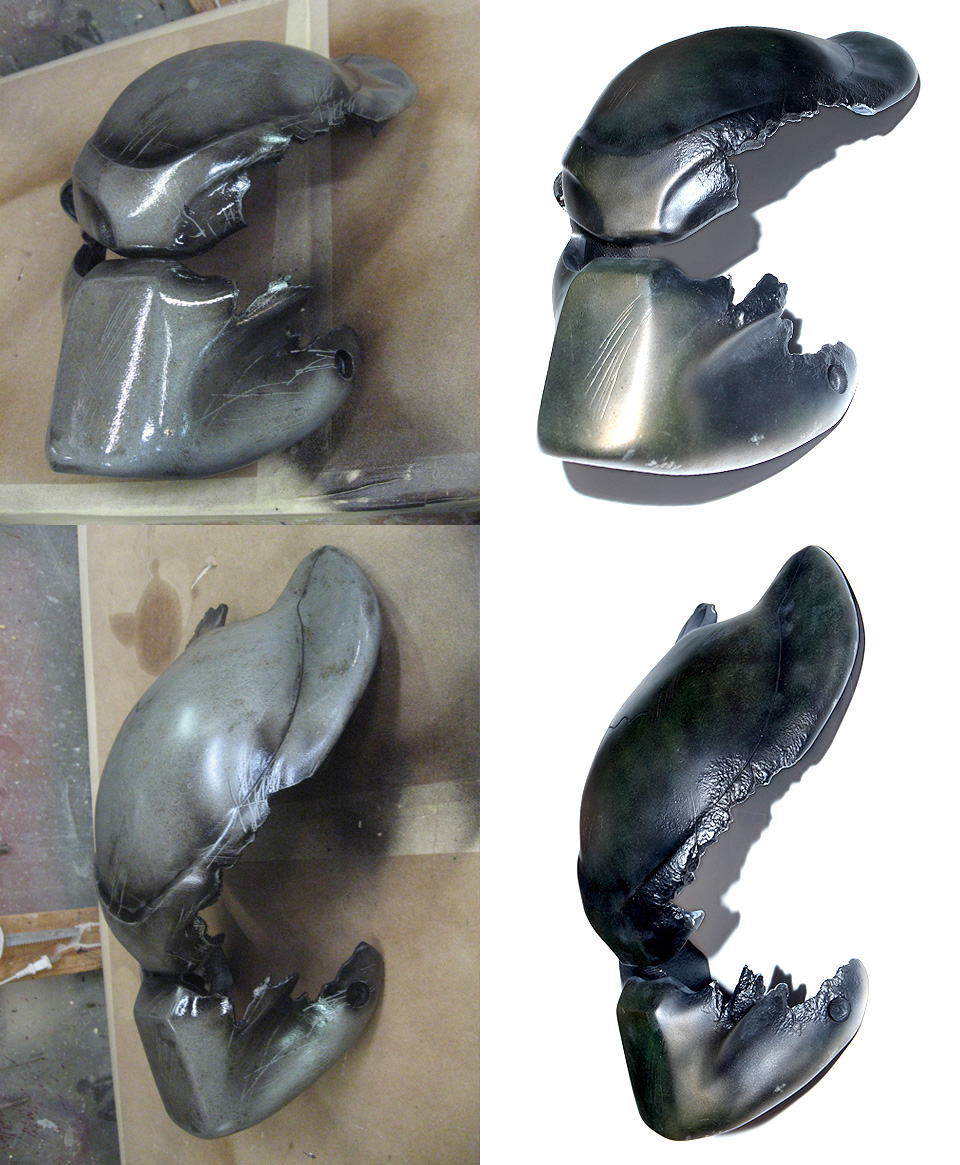 Is the movie BIO simelair like the Stunt bio of SWS?

Or are there still some things different? 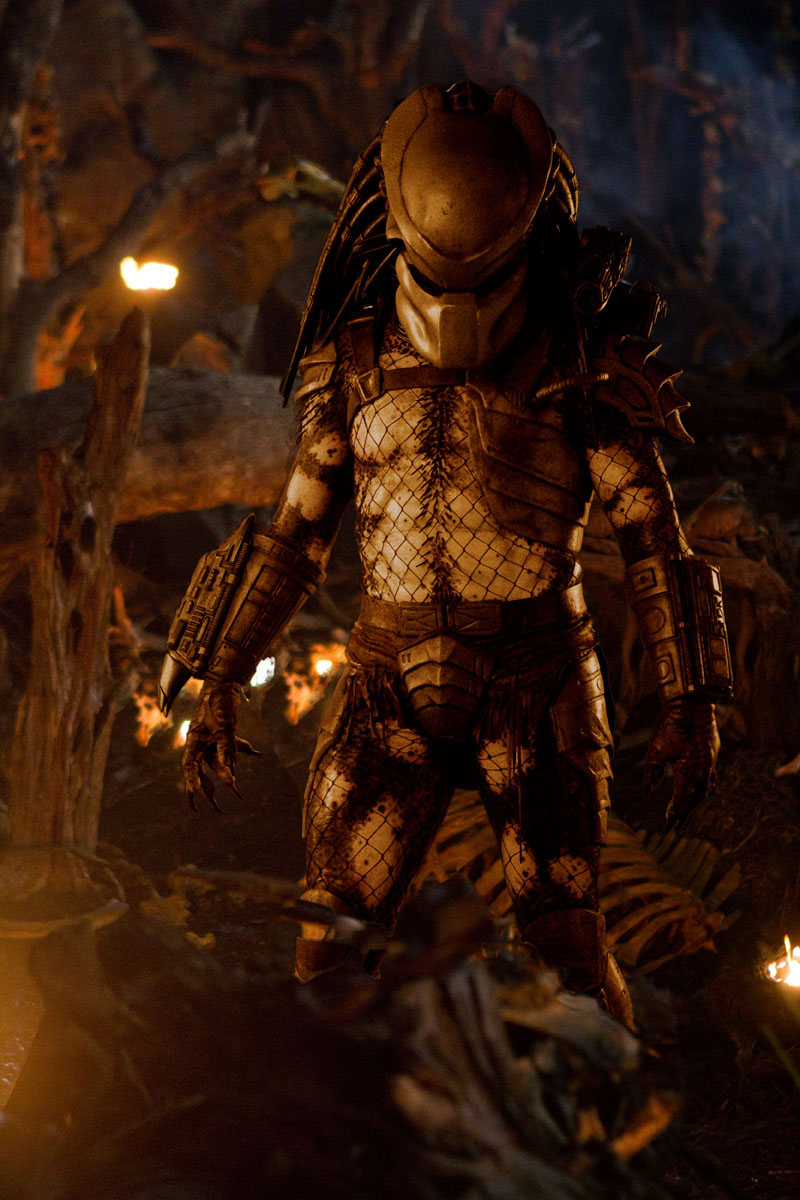 You know, I was looking at the pics and thinking "Well no, if he cut away this bit to here, and then this bit to here...and...no...wait...that's not going to work. Nope. He's screwed."

Sorry dude. I suspect you may have to break out the apoxie sculpt if you want it really accurate. That blows.

Andre de Jong said:
Is the movie BIO simelair like the Stunt bio of SWS?

Or are there still some things different?
Click to expand...

ALL of the Predators Masks from Sideshow seem to have a compression problem. They appear taller and more narrow than the originals because the sides have been pressed in. Maybe they weren't supported correctly during molding or maybe it is an issue with China... don't know but the Classic Mask suffers from the compression just like the Tracker and Falconer. Beyond that, it IS smaller than the SWS Stunt Casting. Here is a comparion side by side. Not sure if this really gets the point across, but in person, the SWS Stunt appear to be considerably larger than the Sideshow Classic Mask. 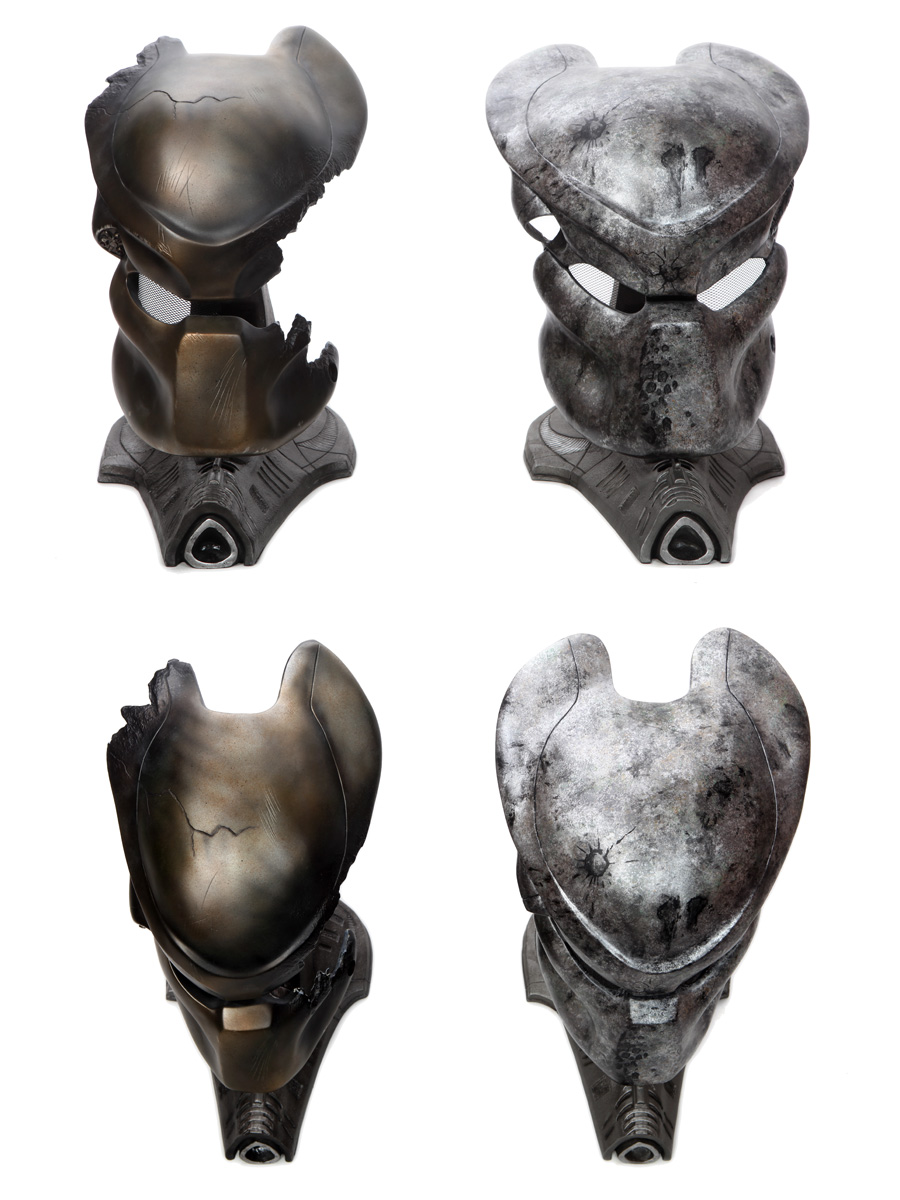 Community Staff
I think I have posted this before and we are getting a little off track, but here is the same SWS Stunt casting (before it was painted) beside one of the SU Scar helmets from AVP. 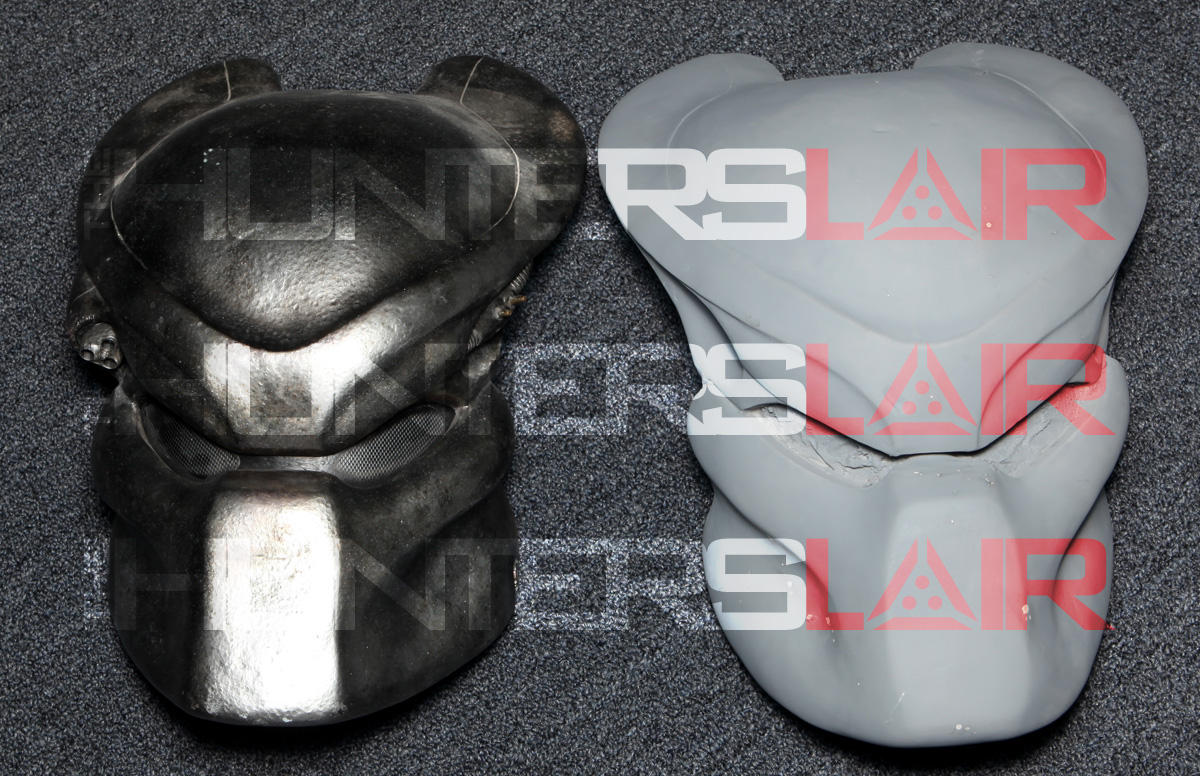 The SS versions seem to me to strongly resemble the Icons bio. That had the same sort of shape to it, as well as being quite a bit smaller than the SWS. Supposedly that was several generations removed from the original mould, so depending on what each one was cast in, what it was moulded in, it leaves a lot of room for some error to creep in. I do know that it was probably genuinely from the original somewhere down the line, because they had to fabricate the temple details and everything for it.

When I had the Icons bio, I tried my P1 in the wall mount for it, and it just straight up wouldn't fit. Not even close.

Community Staff
The more I look at this the more I think this is just going to be a mod... and I am not going to try to add on to it. I could make myself silly trying to match the original, but the truth is, with the overall shape being off, it is never going to match perfectly. The two big gripes I had were the thickness at the break areas and the color. What I am going to do is go in, modify the broken area to match the original as best I can. From there I plan to add some scratches and to take some away (easy to fill in)... and then I am going to have it painted and leave it at that. If I REALLY want to go all out, I'll get another SWS Stunt from George and do it right from the ground up.

You might also want to check this thread out Art my friend ThePredHunter has done up this bio to resemble again maybe not accurate, but way better then the SS version. I don't know how long it took him to do it I wil be seeing him tonight I can ask him a few things about it.

Community Staff
Very nice! He did a great job and got a couple of things right that I won't be able to correct without additions.

So, here is pass 2, on the back. I THINK one more pass on this area and I will be as close as I can be . 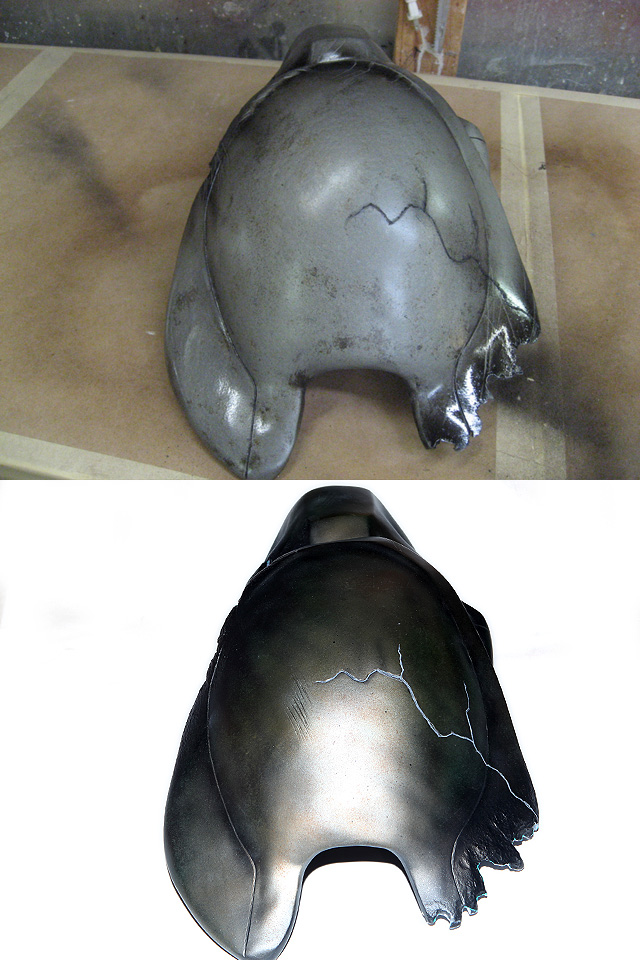