I just realized it’s the 30 year anniversary of Batman 89. I was 30 years old at that time, and put together a pretty cool costume, (by 1989 standards, on a married father’s budget!)

Back then, I bought the rubber costume pieces licensed by DC and used a full rubber wet suit. My mom and I made the cape. 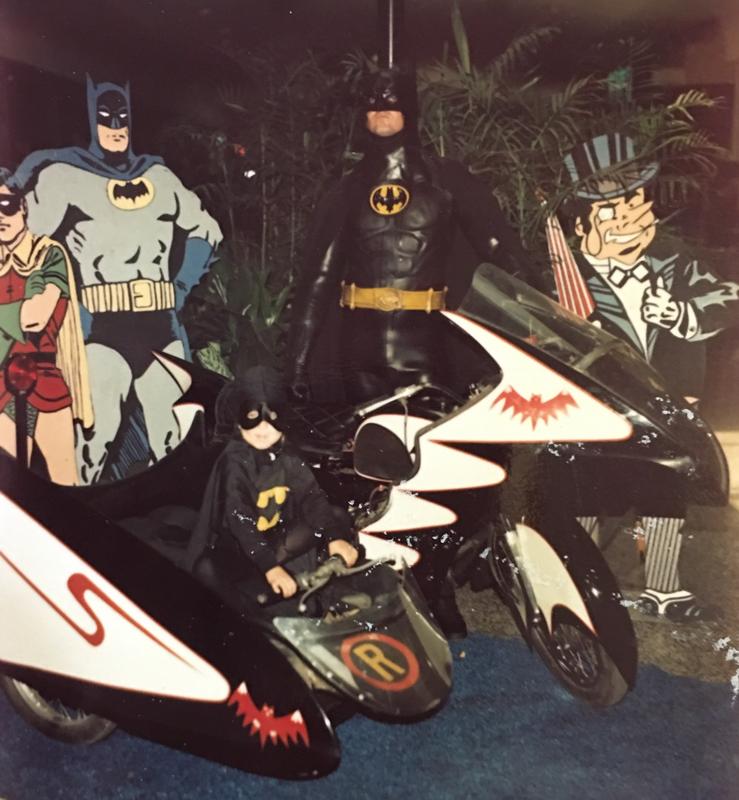 (That’s my son in the sidecar!)

Anyhow, though there have been some great renditions since, I’ve always felt the Michael Keaton/Tim Burton concepts and films were best.

I still have my old costume hanging in the batcave, but it’s not nearly as impressive these days, (nor am I,) as costuming has evolved so far since then.

Granted, there are incredibly well made Batman 89 outfits on this site that are absolutely stunning, as if Keaton himself stepped off the screen. But honestly, I no longer have it in me to do the painstaking work of obtaining the proper pieces, figure out sizing issues, (I’m 6’4” and 220 lbs,) obtain the best offerings and glue pieces to bodysuits, etc.

So, I had an idea, and did some searching here to see if it’s been attempted, but found nothing on it. I thought I’d reach out to other Batman 89 fans to get their thoughts. 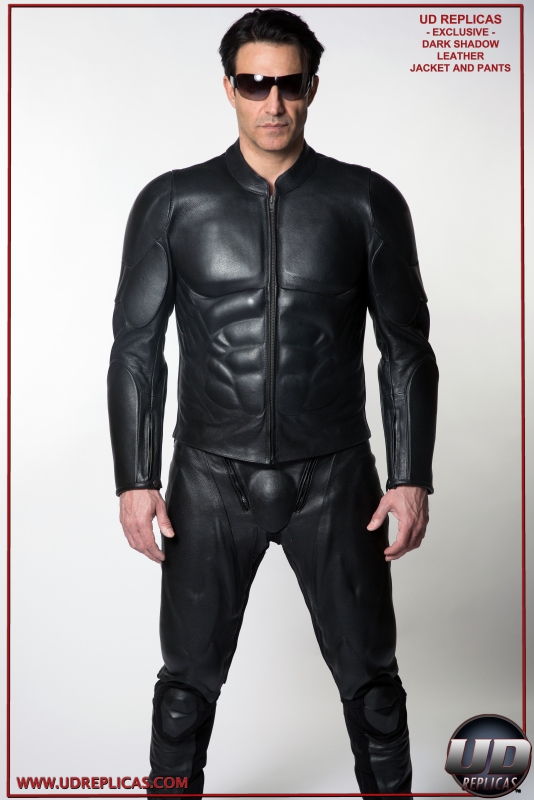 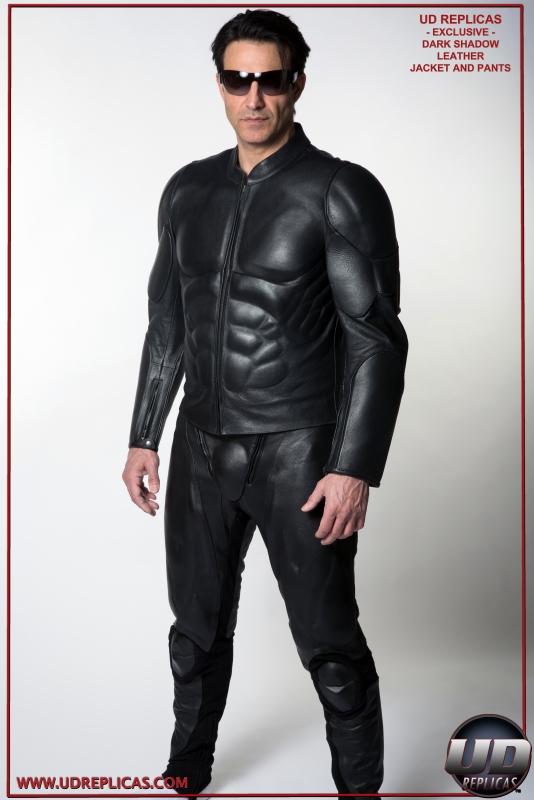 They also make these great boots: 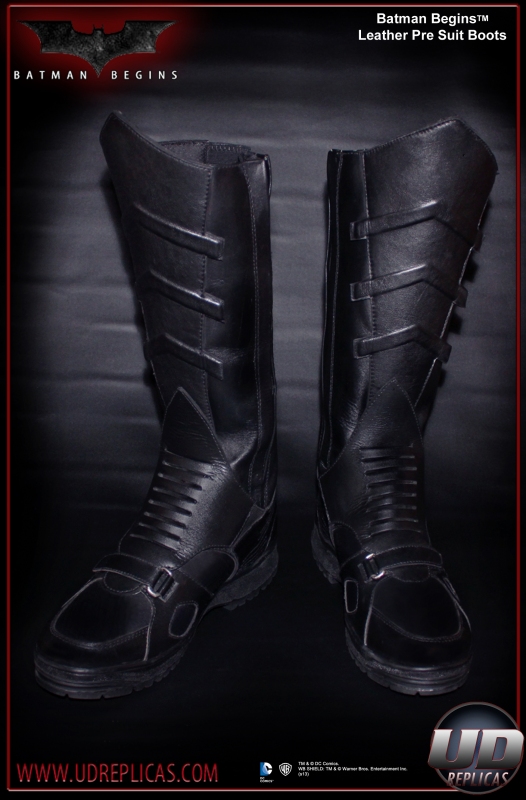 As well as these very nice gloves: 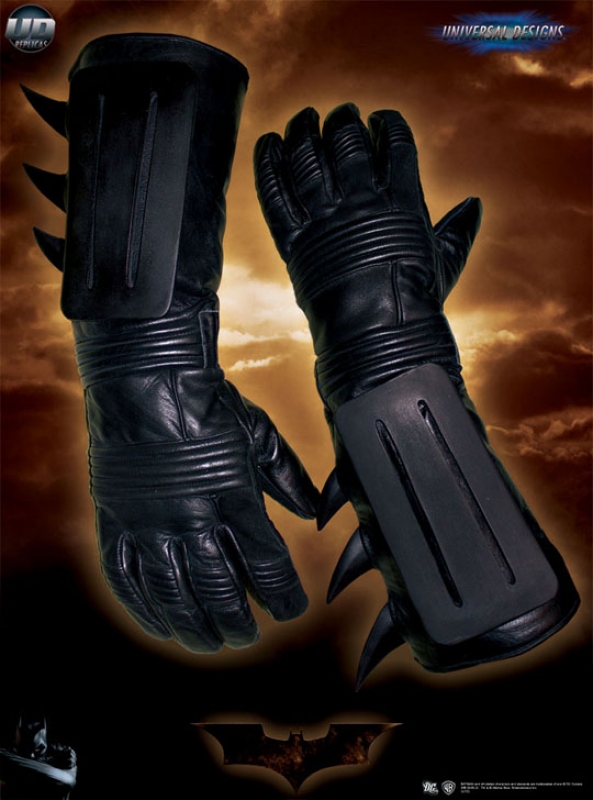 It seems to me, (and I’m hoping for your input) that this suit, (including gloves and boots) would make a really nice, sturdy, easy, real world foundation for the costume. I’d only need to add my own cowl, cape and belt, or upgrade to something nicer from the RPF.

Definitely not “screen accurate,” and the zipper goes right up the chest, but it’s also sturdy and tough like we’d expect a real life batsuit to be.

Not to mention how easy it would be to put on and wear, plus how durable the whole thing would be. I imagine with proper care it would look great for many years.

To the hardcore Batman 89 costumer, it might be a travesty. But again, I’m thinking more along the lines of a “real world” homage to the suit; a “rough and ready” and “screen reminiscent” rendition, as opposed to being “screen accurate.”

Thanks for taking the time to read this and if you have any thoughts to share, I would appreciate them!

I'm in the market for a good 89 bat suit and this looks like a really good starting point. I wish there was a way to hide the center zipper.

RPF PREMIUM MEMBER
Sounds like a solid plan. With the wide yellow belt and combined cowl/bat symbol they should cover a fair bit of the zipper. The big belt will also to wonders to hide the two-piece nature of the suit. Between the distinctive cowl, belt and gauntlets the design will sell itself. The rest of the '89 suit is not so different from the "Dark Shadow". I like the durability aspect and the bonus of being able to dress yourself. As an Iron Man costumer, I REALLY appreciate that last part!!!

I would love to see an 89 suit put together like this. Great idea, and it does makes sense for real world, and comfort, etc.
S

Just an update about this. I ordered the Dark Shadows outfit plus the gloves and boots from UD Replica. It arrived a few days ago and I have to say I'm very impressed with it.

At first I tried putting the jacket and pants on but the extra armor thats inside the lining made it very difficult. After taking it off it was much easier. The costume is still some what stiff but I think after wearing it a few more times and moving around it, the leather should loosen up. 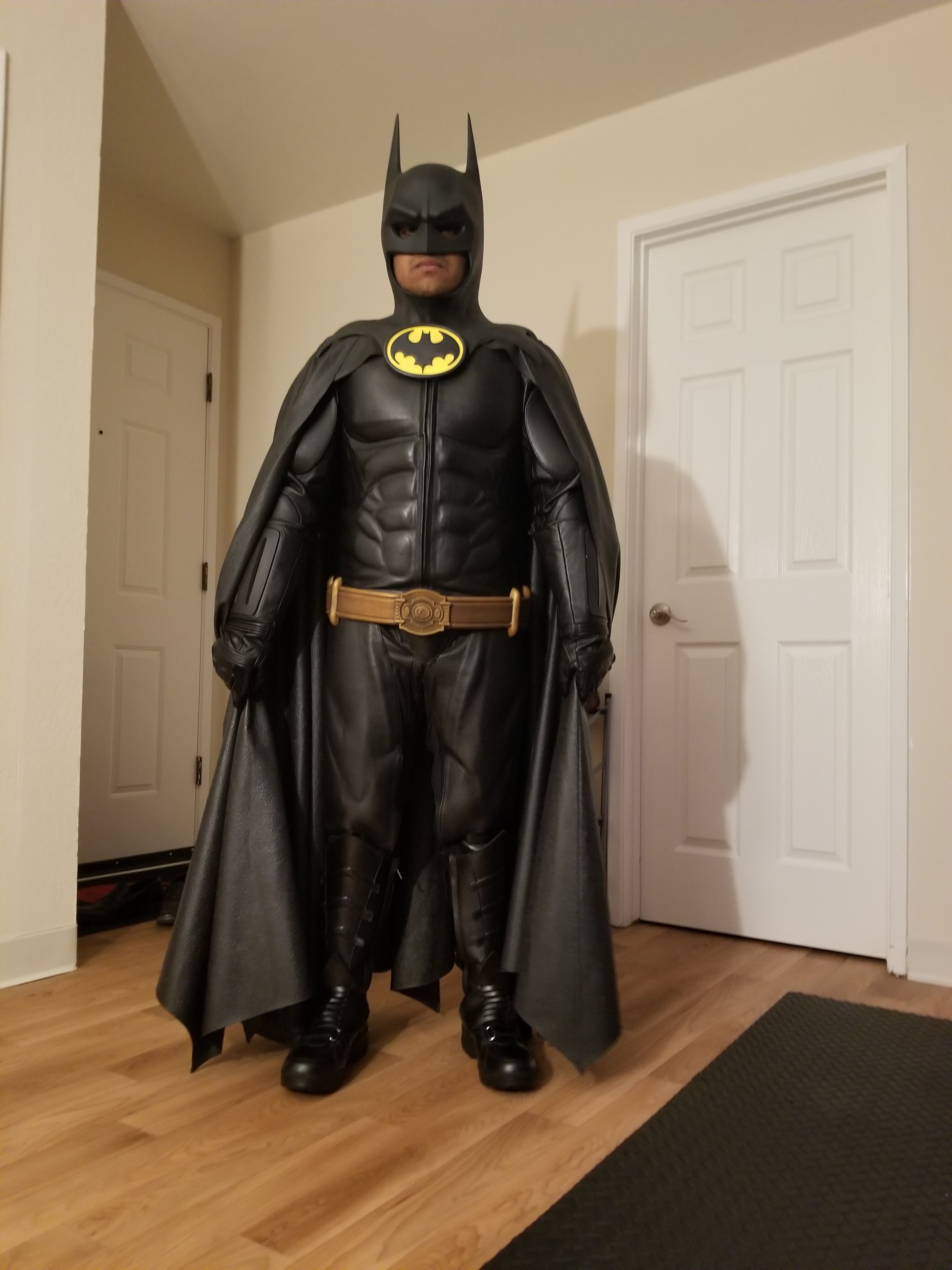 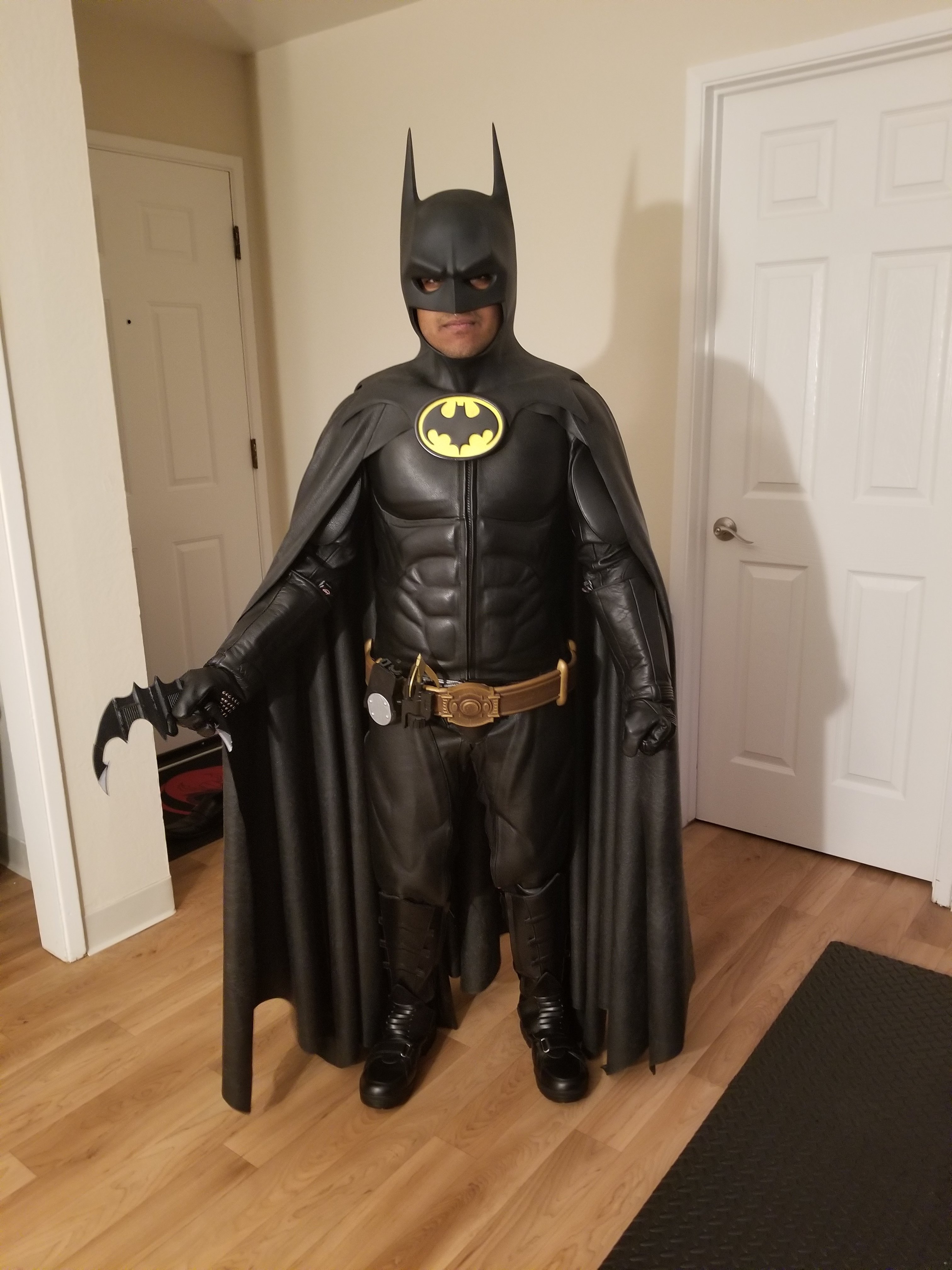 I ordered a cowl off HernandezSculptureFX, a cape off MiddleTnBatman, and an emblem off BatofBurbank. The belt I got a few years back from ArtSee1. I made the spear gun and batarang by 3D printing the models and then hand painting them. The spear gun has magnets behind it to attach magnetically to the belt.

RPF PREMIUM MEMBER
That looks great!! It's a really nice option. The screen accurate suits are so impractical. The gloves and boots are pretty nice copies of the 89 versions. I may have to go this route if they still sell the pieces!