Well, the title of the thread is slightly inaccurate, as this is the Rise of Skywalker kit, just with the TFA dish on it. I needed to build it up as the TFA version because this will be going on the display base of my DeAgostini cutaway Millennium Falcon to show the "future" version of the ship alongside a Solo version of the Falcon to show the "past" version, with the little hatch on top of that one left off so you can see the interior and compare it to the interior of the big DeAgostini model and see how clean Lando's version of the ship was before Solo and Chewie became the owners. Man, Han and Chewbacca must be absolute slobs...

Tangent aside, I'm not 100% satisfied with the weathering. I'm probably going to go over it again with some more oil and acrylic washes to bring up the tone of the wash, as well as touch up some of the areas that got screwed up and darken some of the streaks. Not too much, mind you; I like the scale look of a more muted weathering scheme. But everything blends together a bit too much for my tastes.

However, I think it's good enough to share my current progress and invite critique and comments. If someone could point me in the direction of a wash recipe that will work well on a combination enamel and acrylic surface, that would be fantastic.

Yes, I know there are gaps around the docking ring parts, but I haven't joined the upper and lower hull halves yet. I probably will when I finish up the model 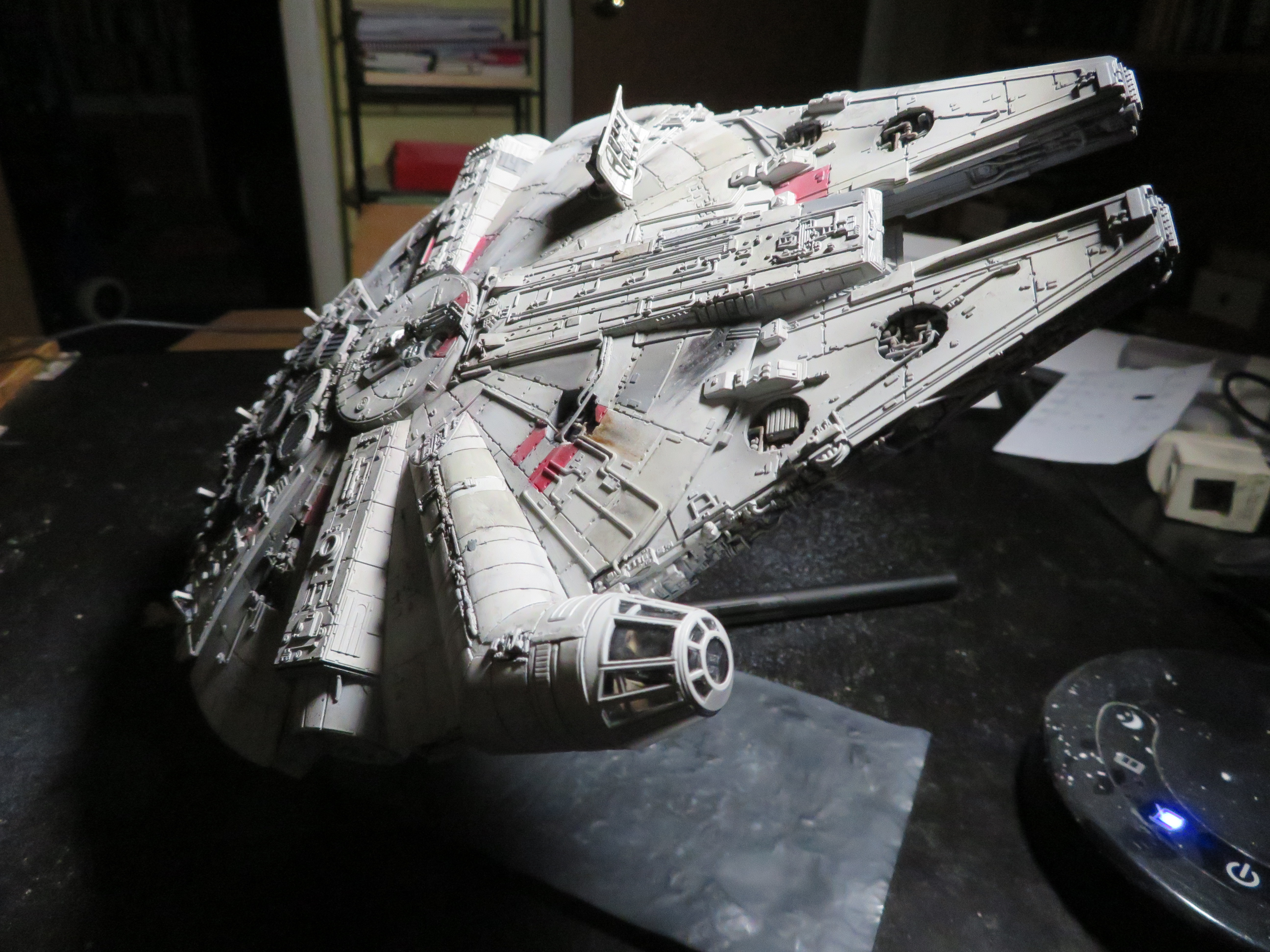 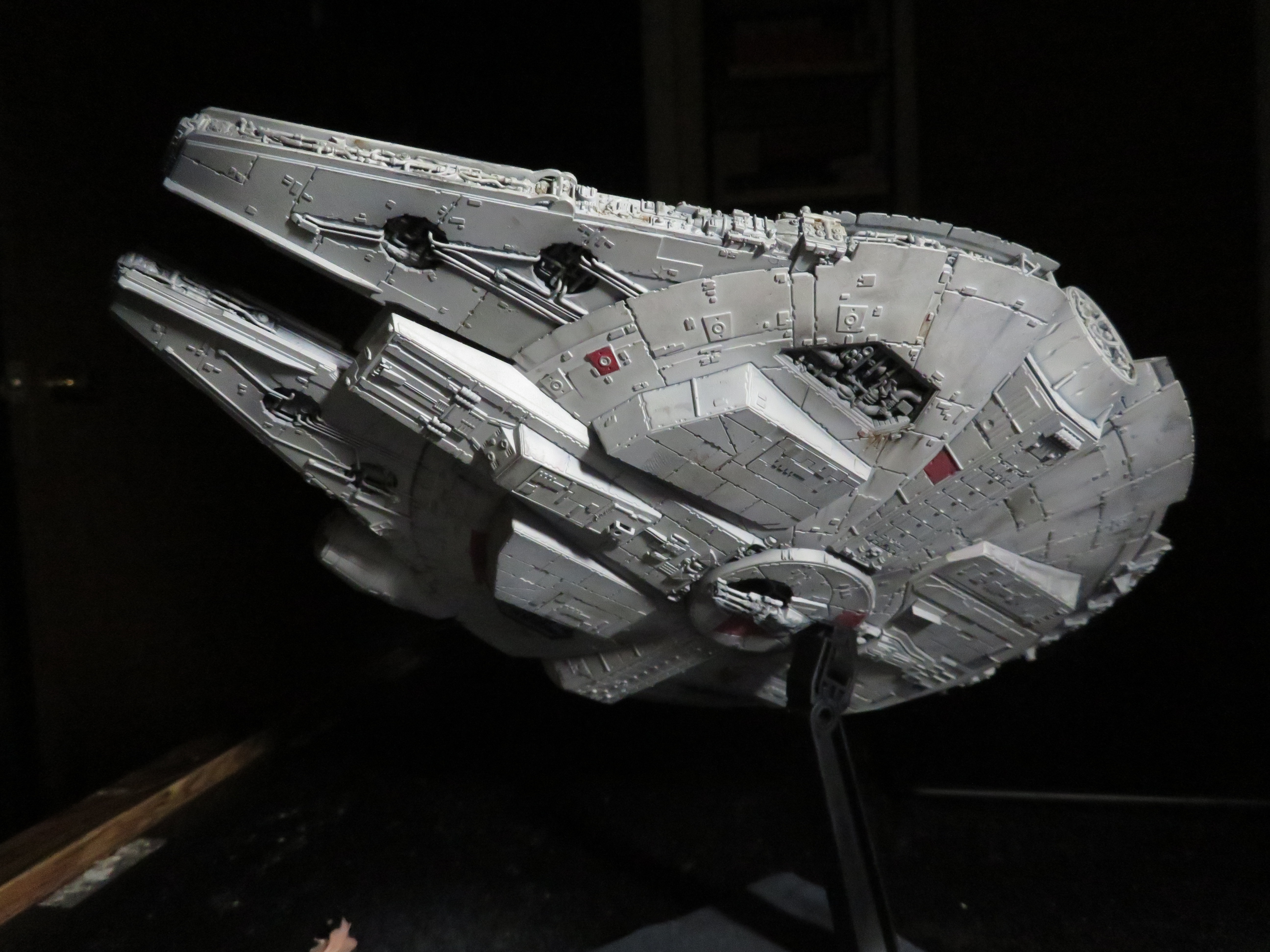 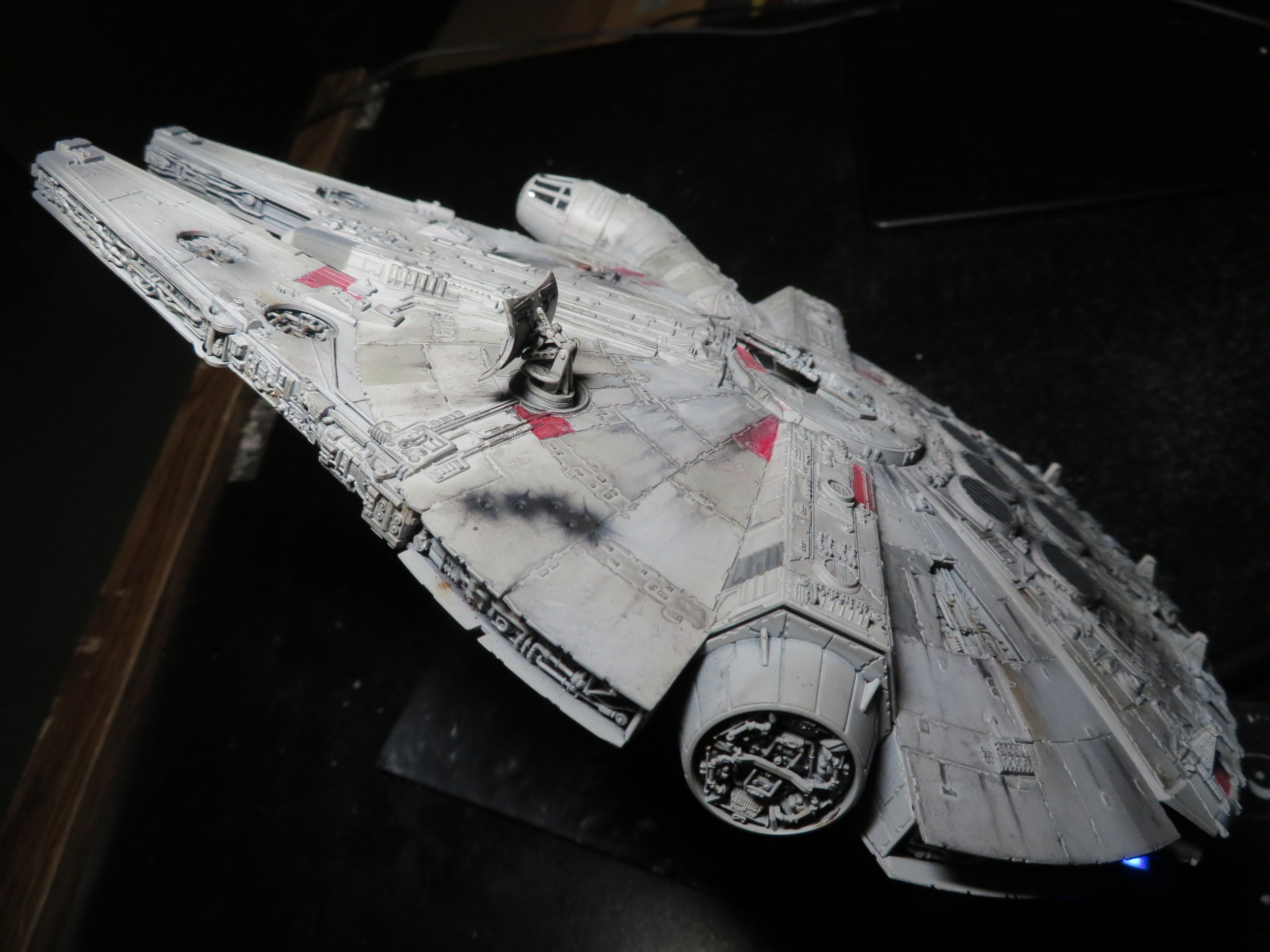 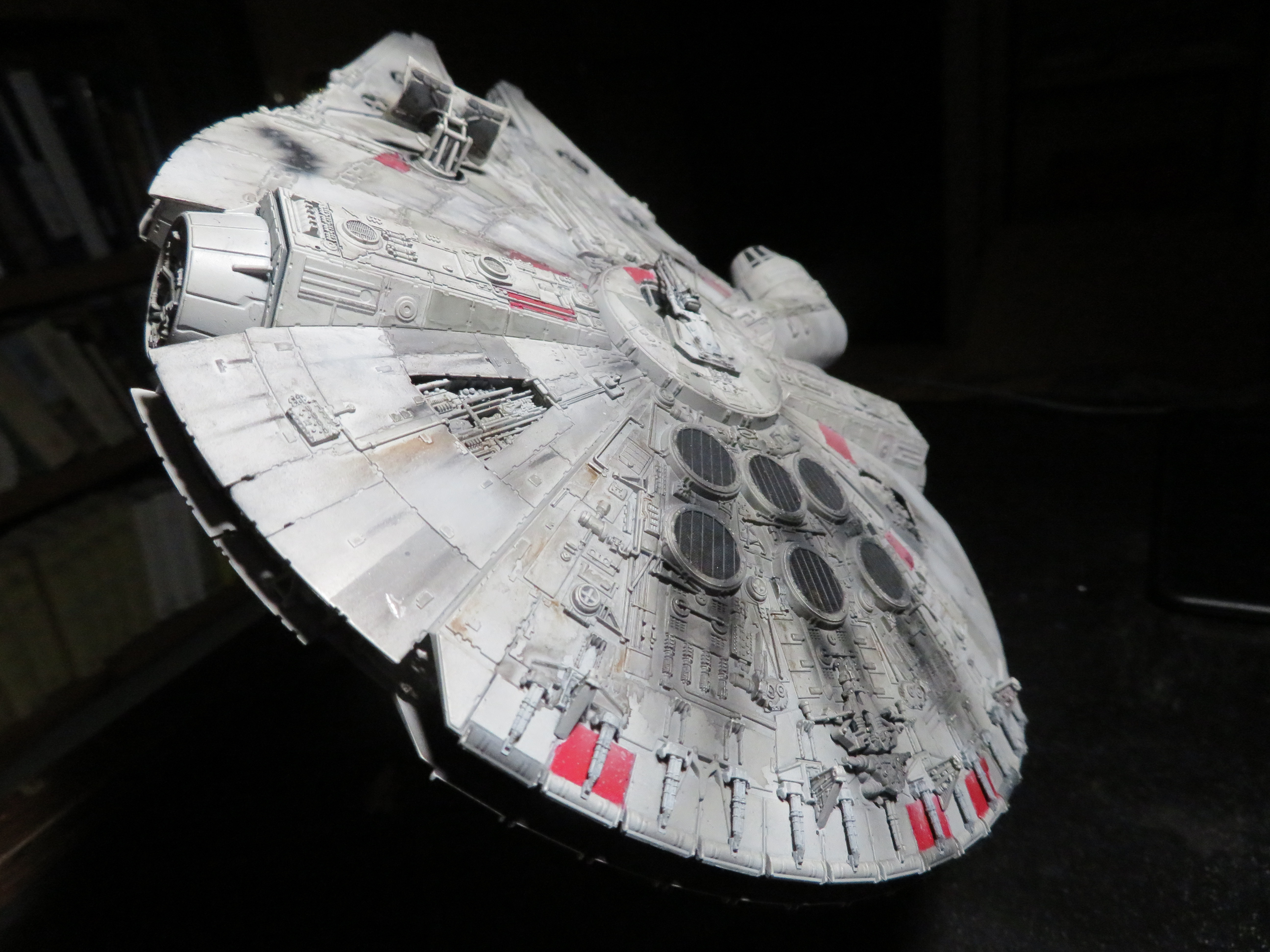