I have made a start on the Bandai A-Wing.

I decided to use Tamiya LP paints for the first time on this as I spotted they do Insignia White, and also found the Dull Red which I think works for the “burgundy”.

So after a light coat of Mr finishing surfacer 1500 white the white parts were preshaded with Tamiya xf20 medium grey then the LP35 insignia white. The red parts had the primer concentrated in the middle of panels so a sort of prehighlight and the LP18 was firstly concentrated along panel lines then the rest filled in. The insignia white is a very smooth matt, and the dull red is more of a satin finish, both very nice to use though.

The kit in its entirety 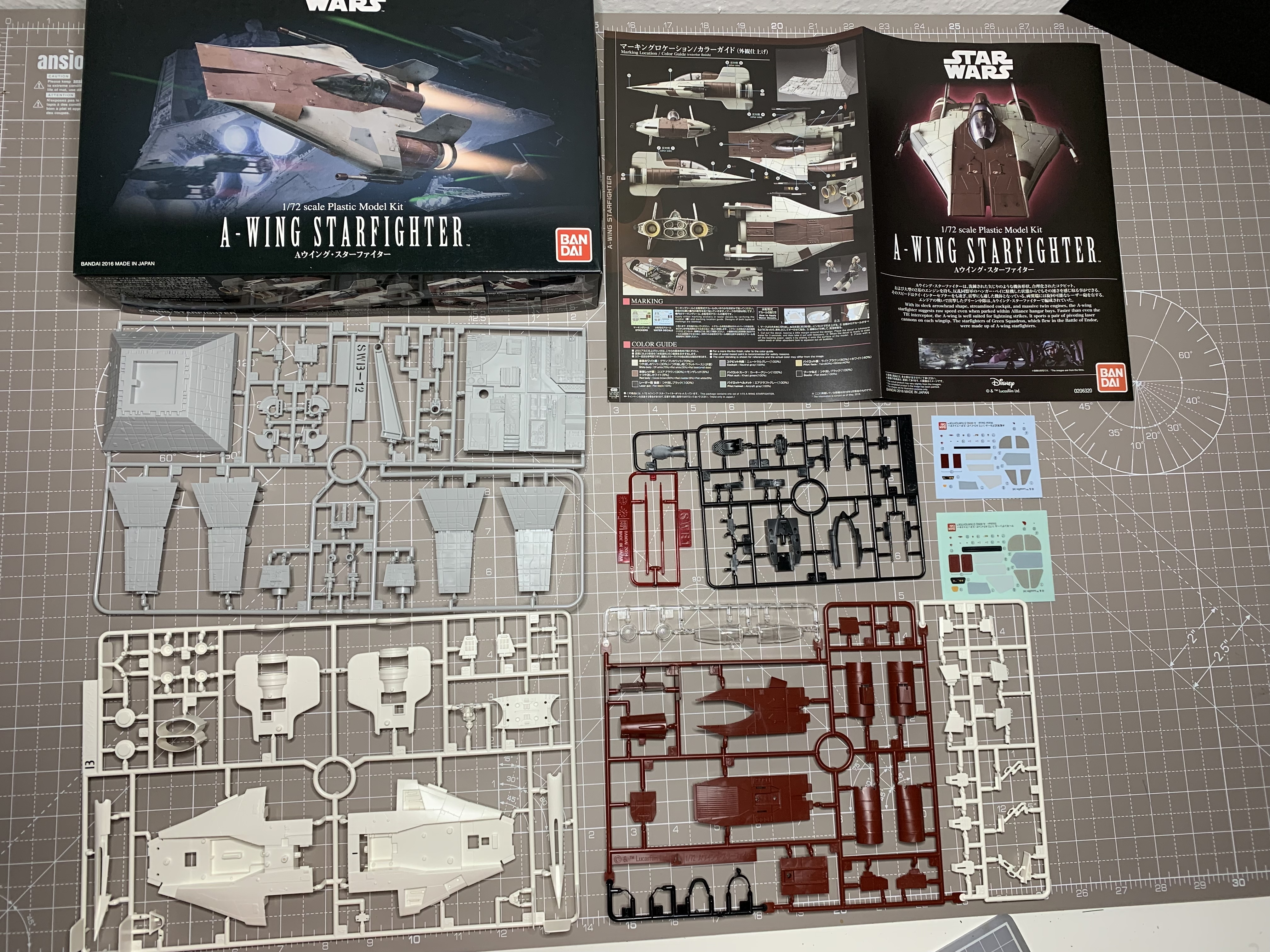 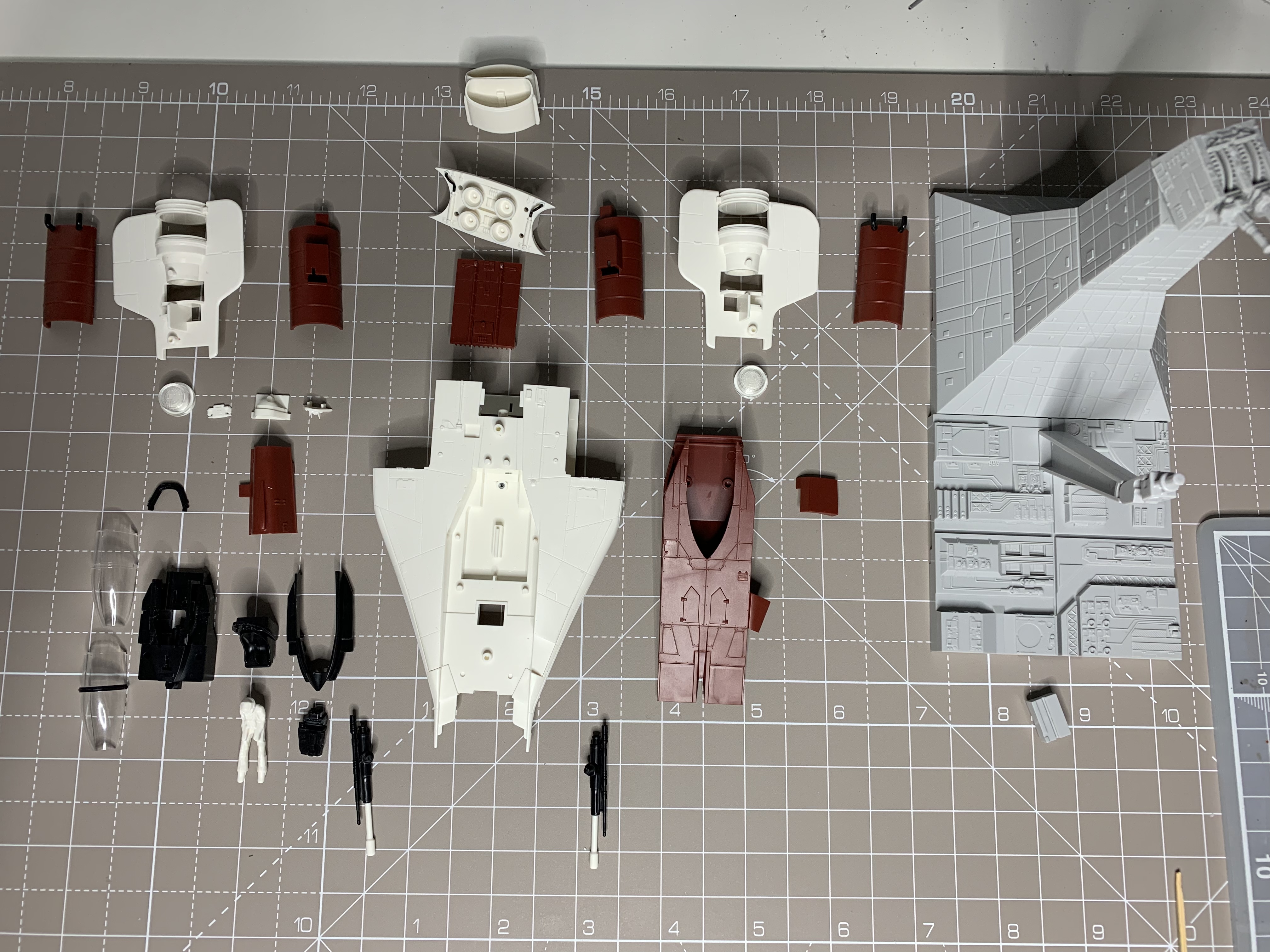 And the initial painting done. 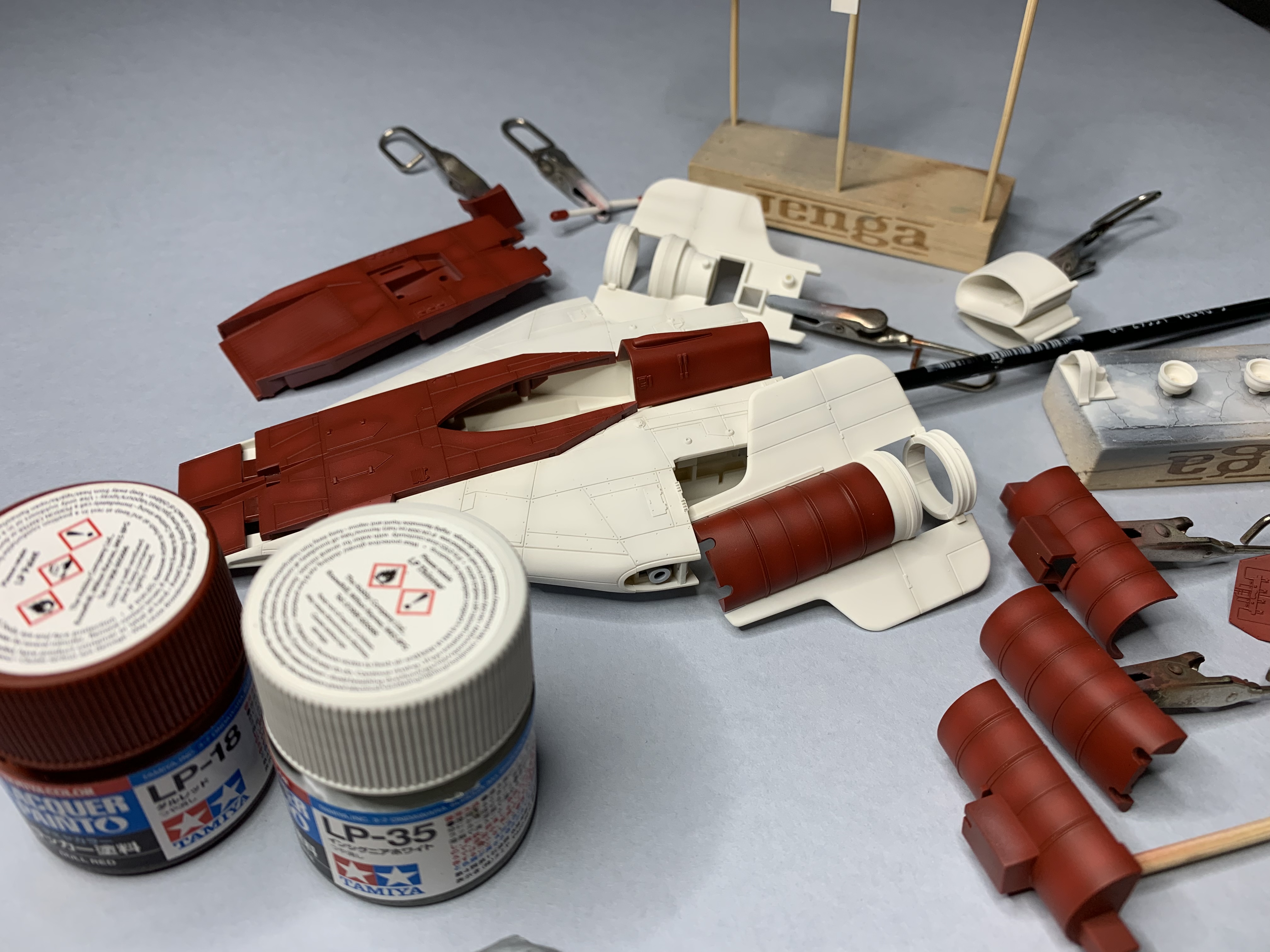 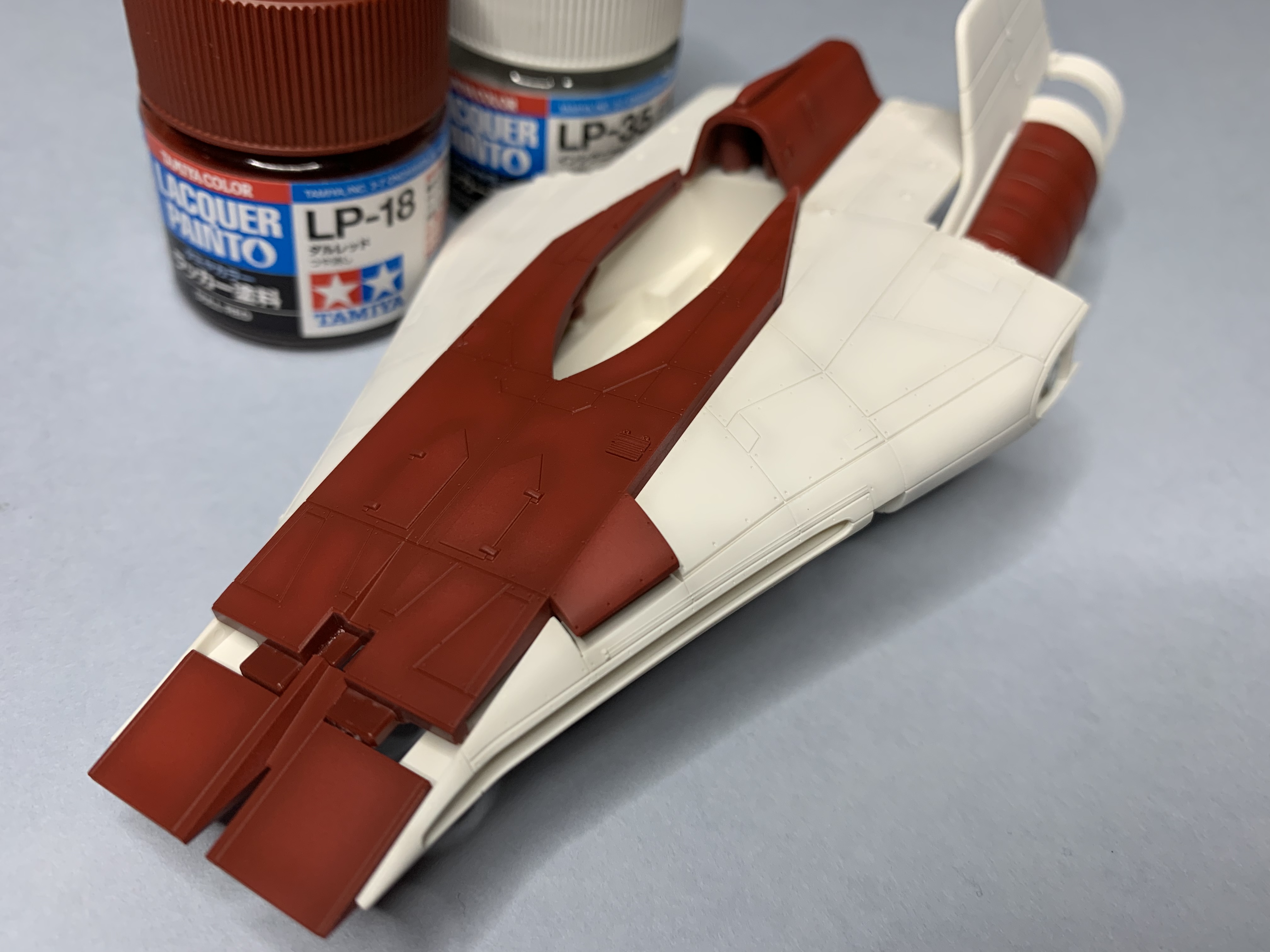 RPF PREMIUM MEMBER
How are you liking the LP paints? I found that it takes more coats to cover a larger area than the XF acrylics that I'm used to.

StevenBills said:
How are you liking the LP paints? I found that it takes more coats to cover a larger area than the XF acrylics that I'm used to.

Yeah, they take more coats than Tamiya standard acrylics for sure. They do look good once on though, and it’s nice to get colours that have only been available in spray cans before. I thinned them 50:50 with Mr Color Levelling Thinner and sprayed at around 15psi through 0.3mm iwata hp-ch. I think they would be fine thinned less through a larger nozzle though, need to do more with them.

Have some of the panels done now. The darker grey is Tamiya XF83 medium sea grey 2, the lighter grey is AK real color RC252 Light Ghost Grey, and the tan panels are a 50:50 mix of Tamiya deck tan and white. Not too happy with the thin tan strip on the right of image but weathering will bring it together. 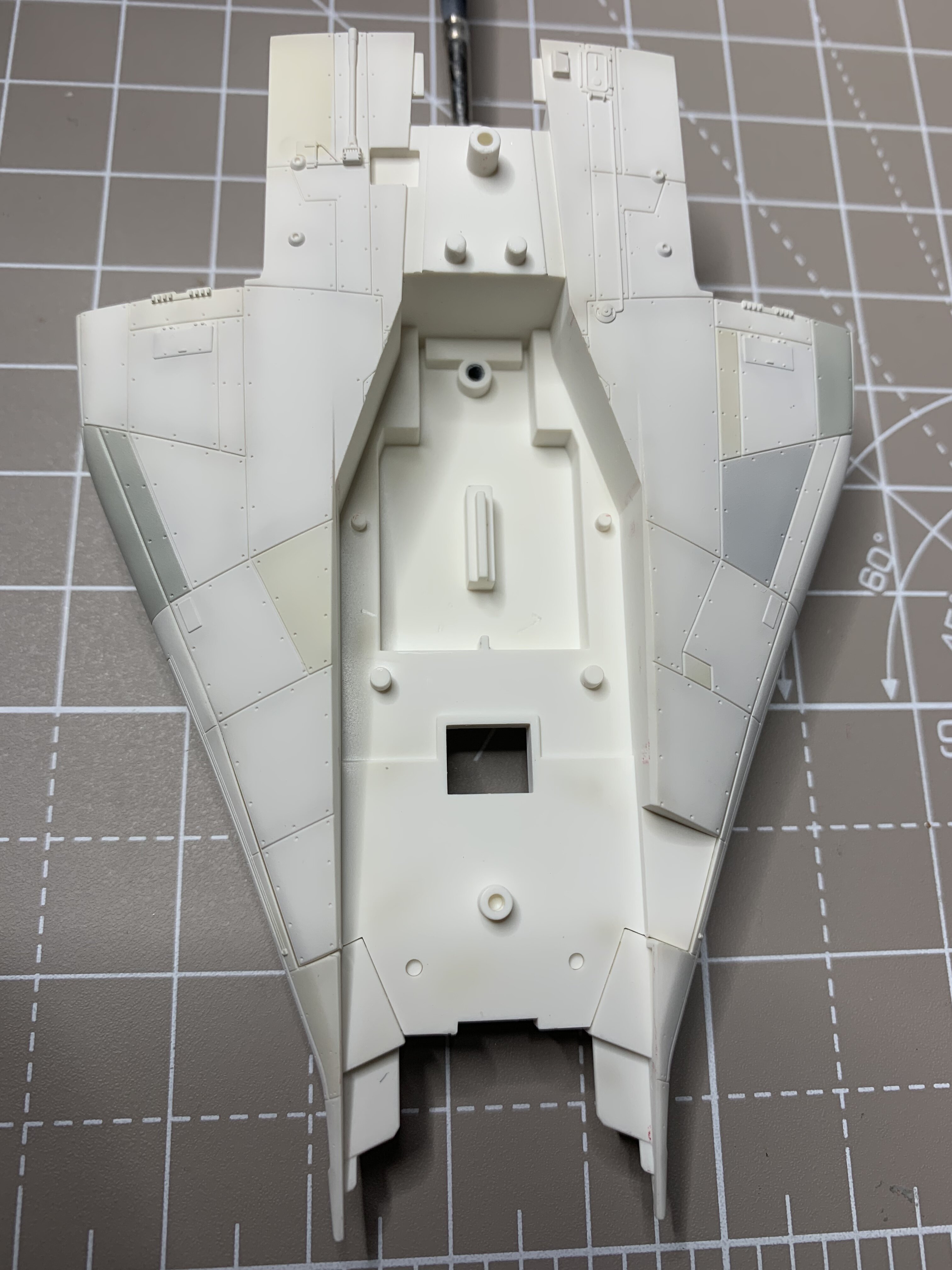 Also added the rusty colour to panels similar to one of the studio models and added a couple of random ones of my own. This was made up from Tamiya LP paints, two drops 18 dull red, two drops 8 pure yellow and two drops 51 pure orange, very thin and built up in about five or six coats.

Gloss coat ready for decals and weathering next, however I may make a start on the cockpit and pilot now… 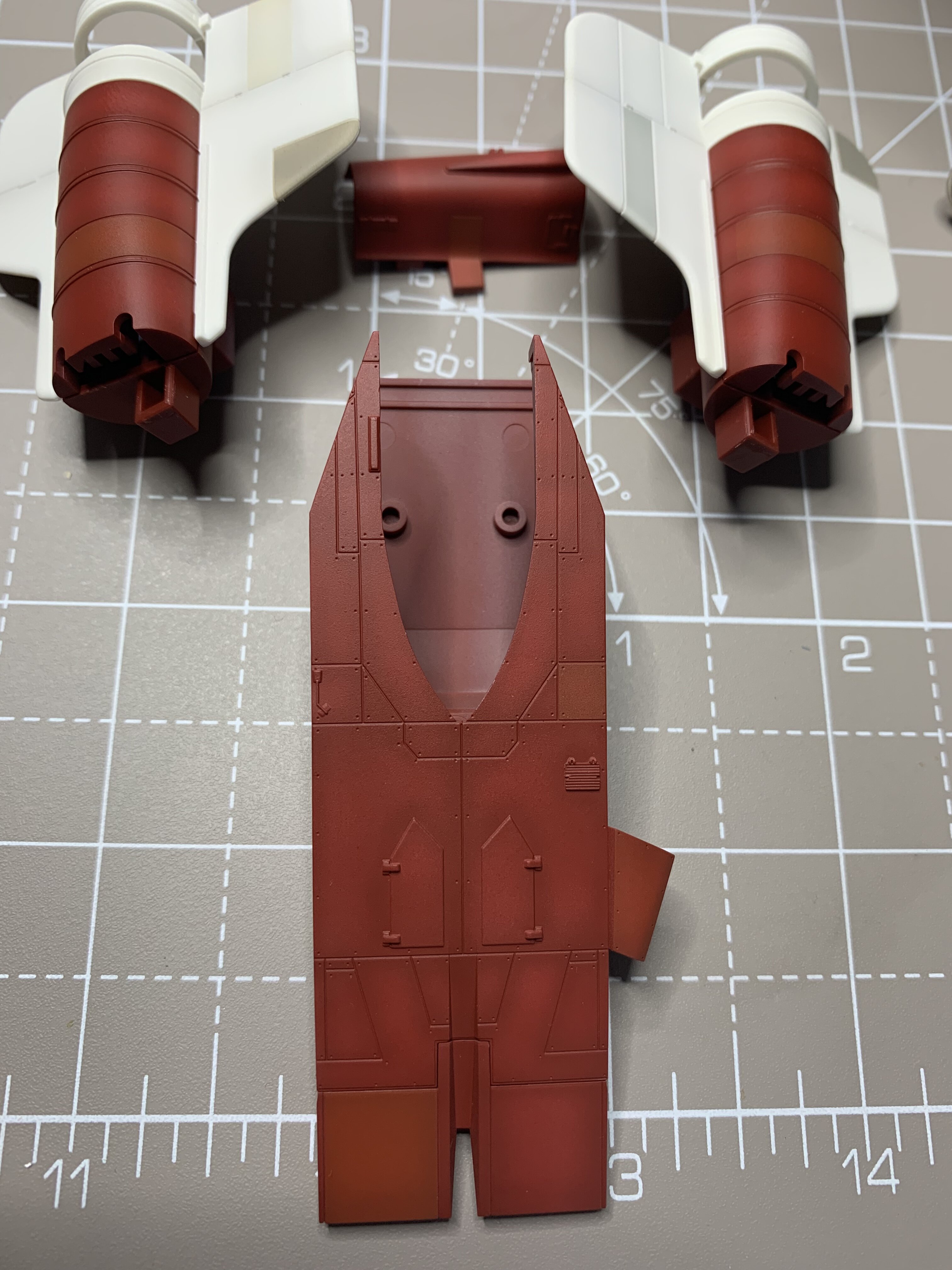 And the cockpit and pilot are done, not my favourite thing painting 1/72nd figures, especially anatomically challenged Bandai ones! Looks ok with the naked eye. 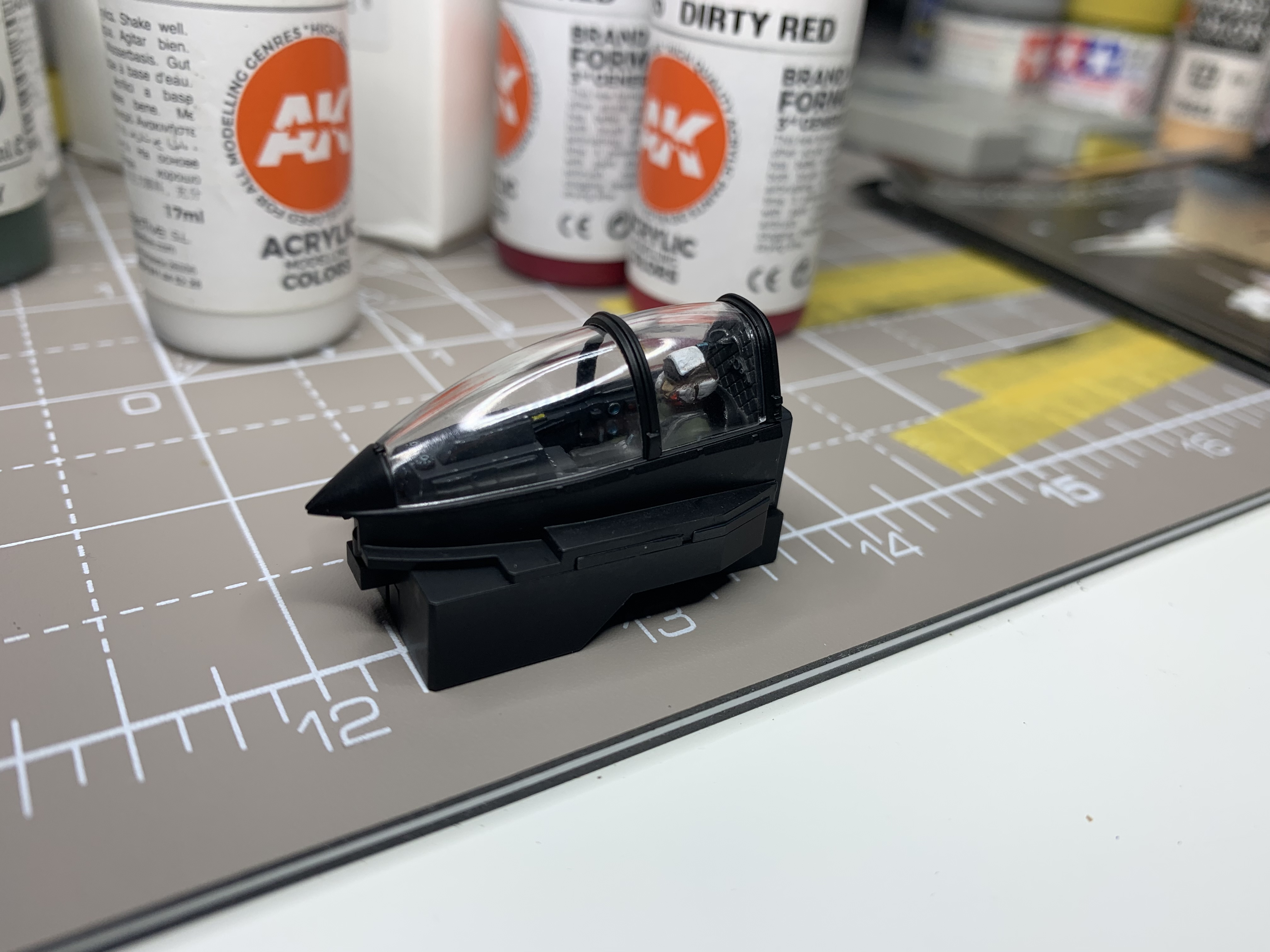 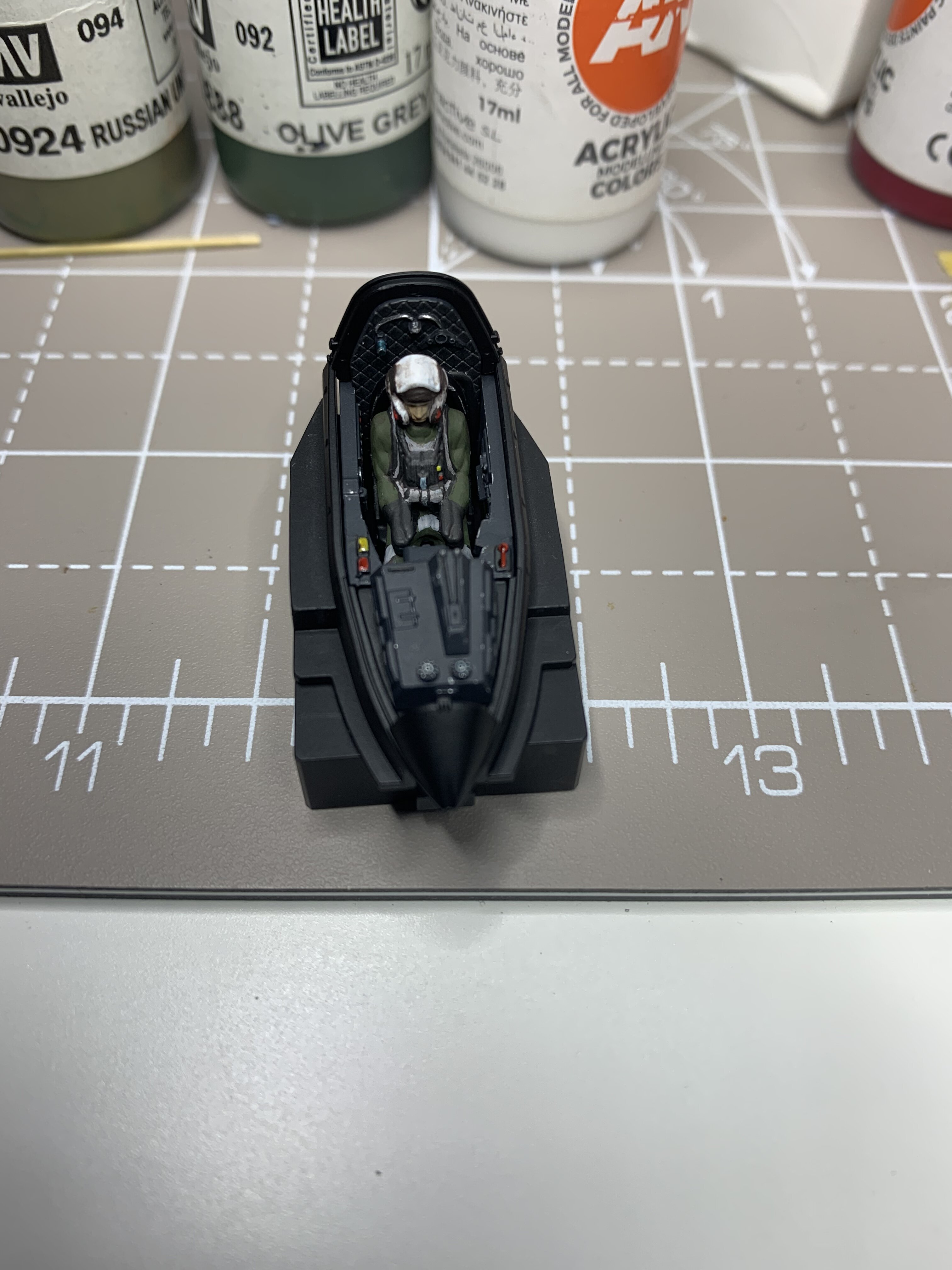 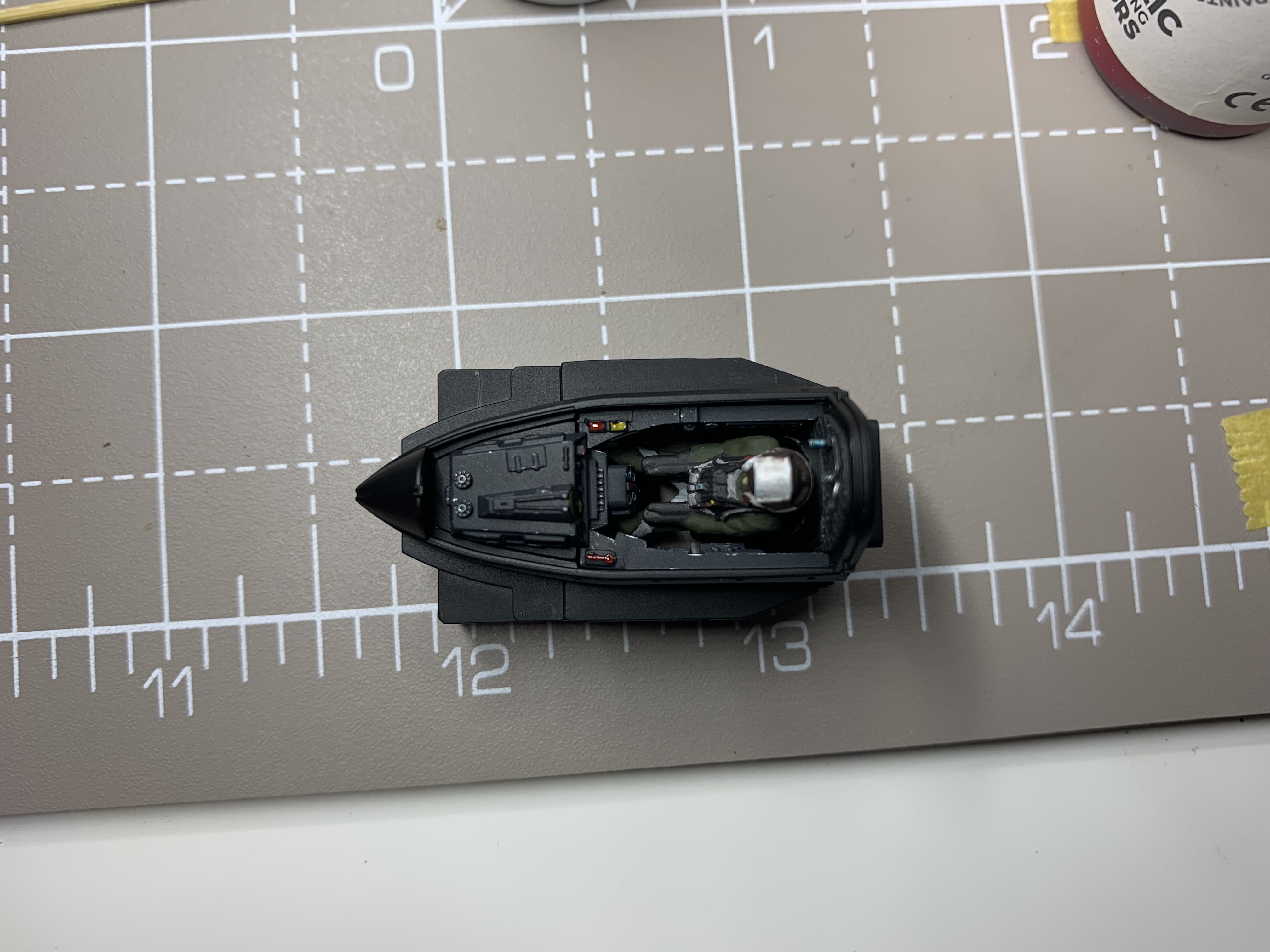 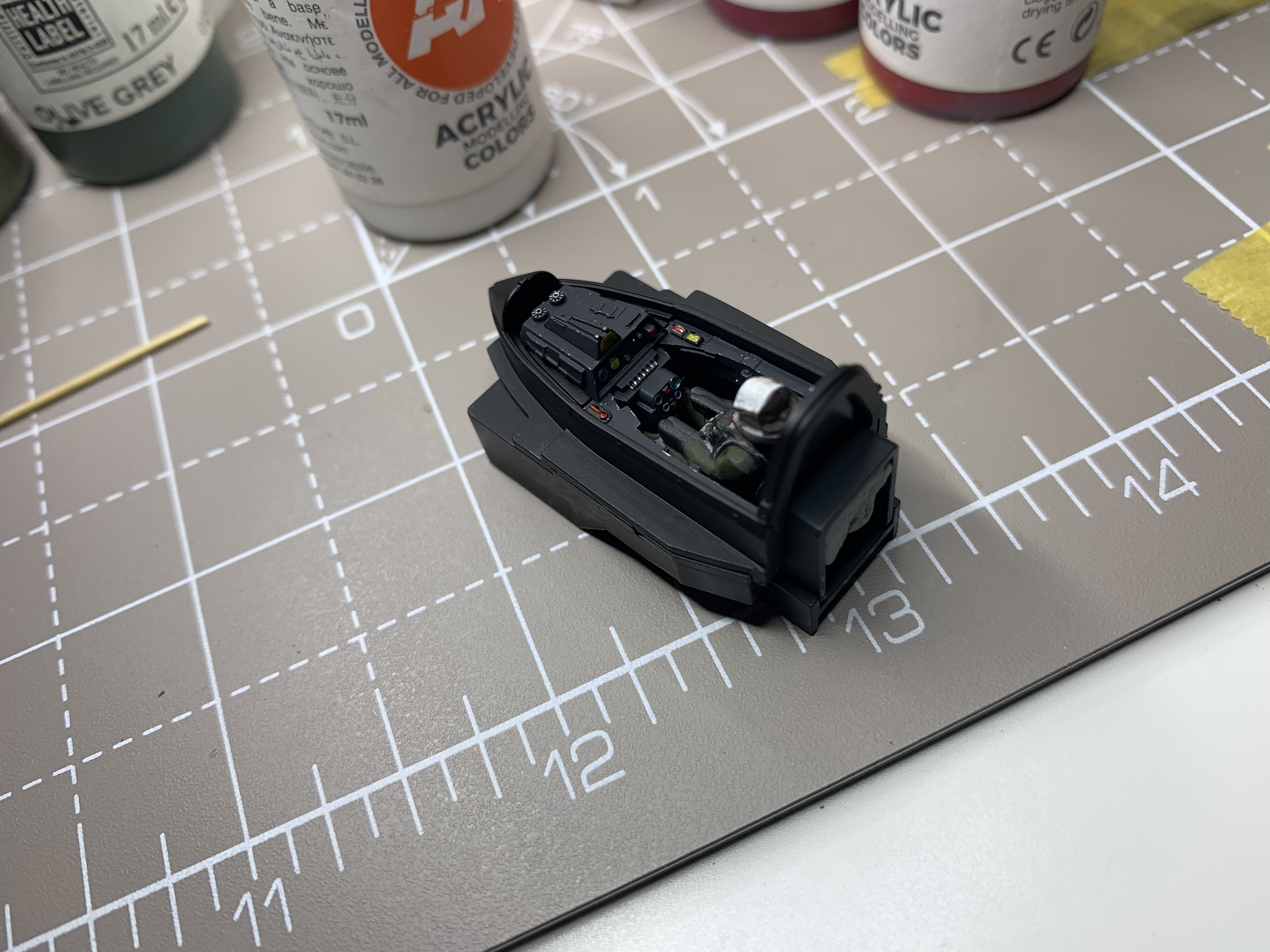 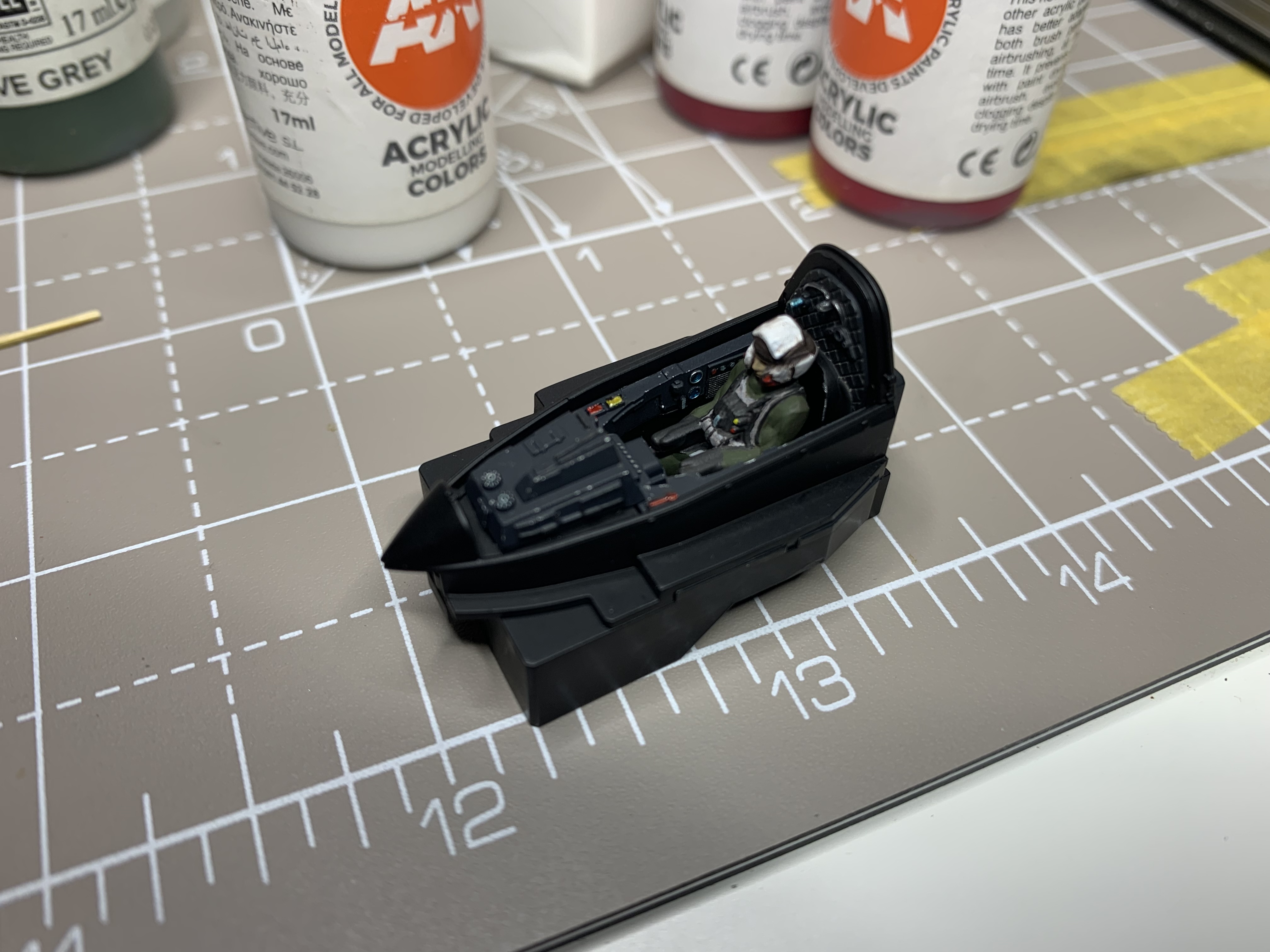 And on we go with the little star fighter.

The decals, pin washes and some discolouration of the panels is done. I used AK303 grey wash for the white parts, and Mig dark wash for the red parts. 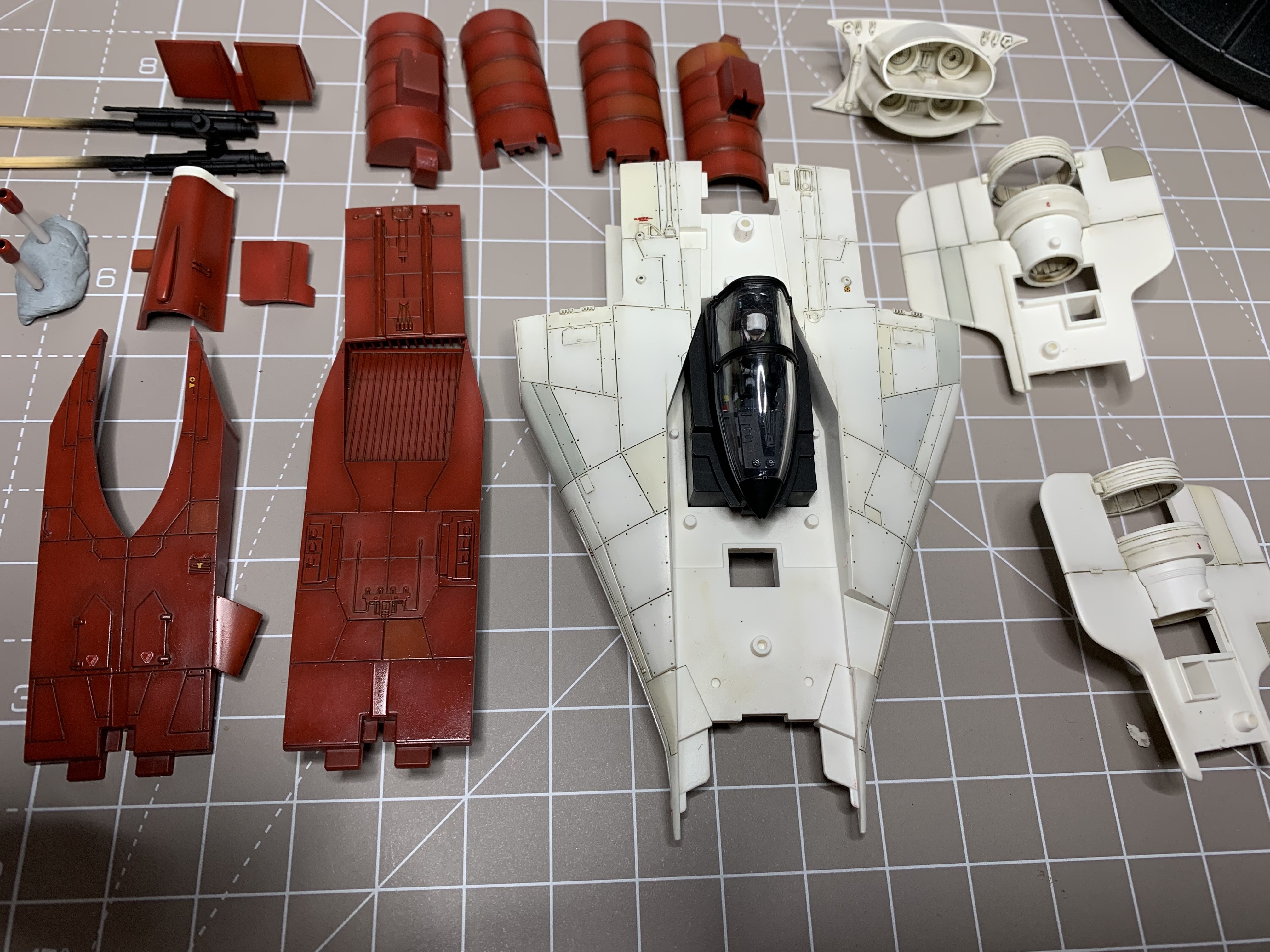 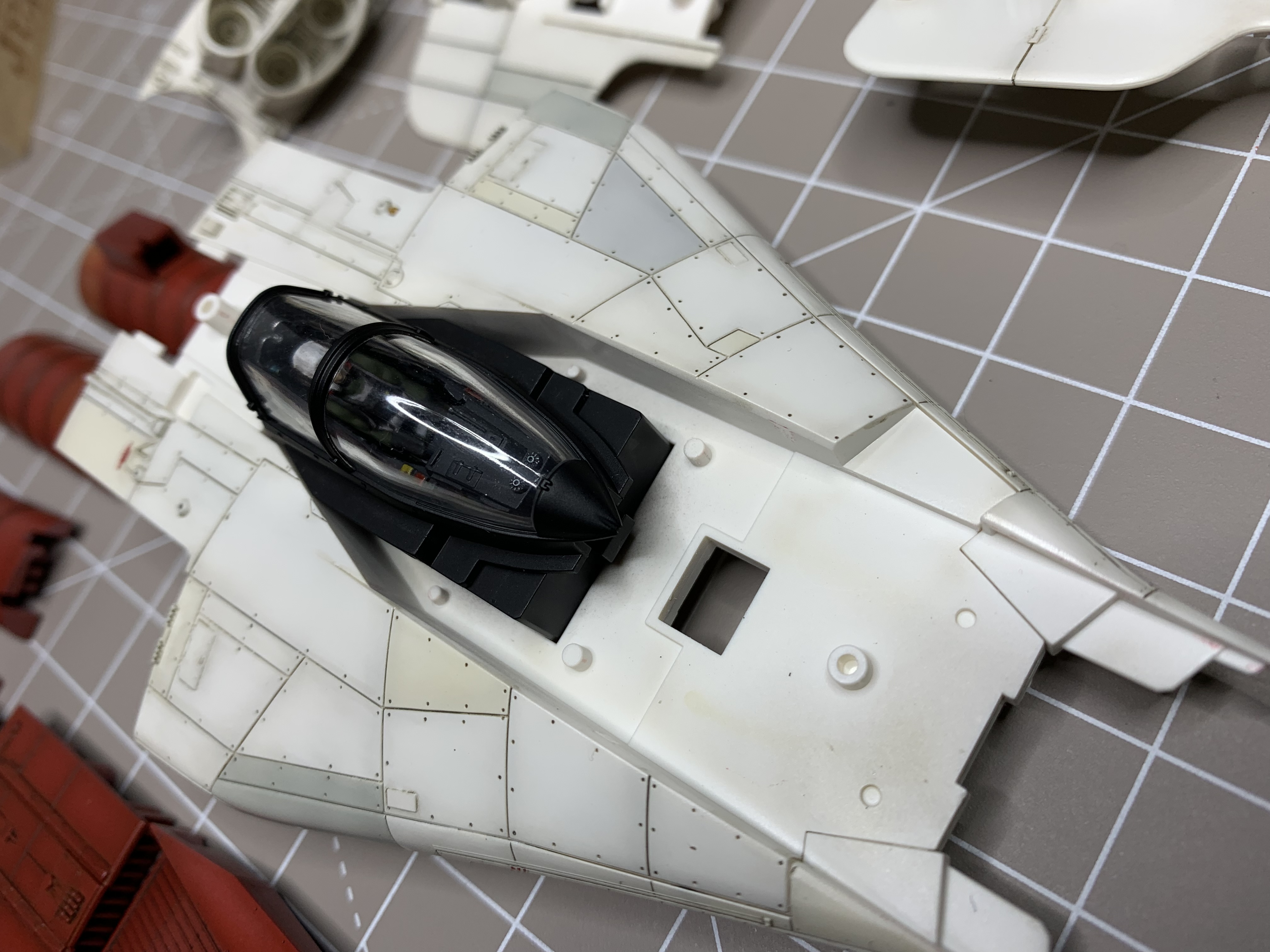 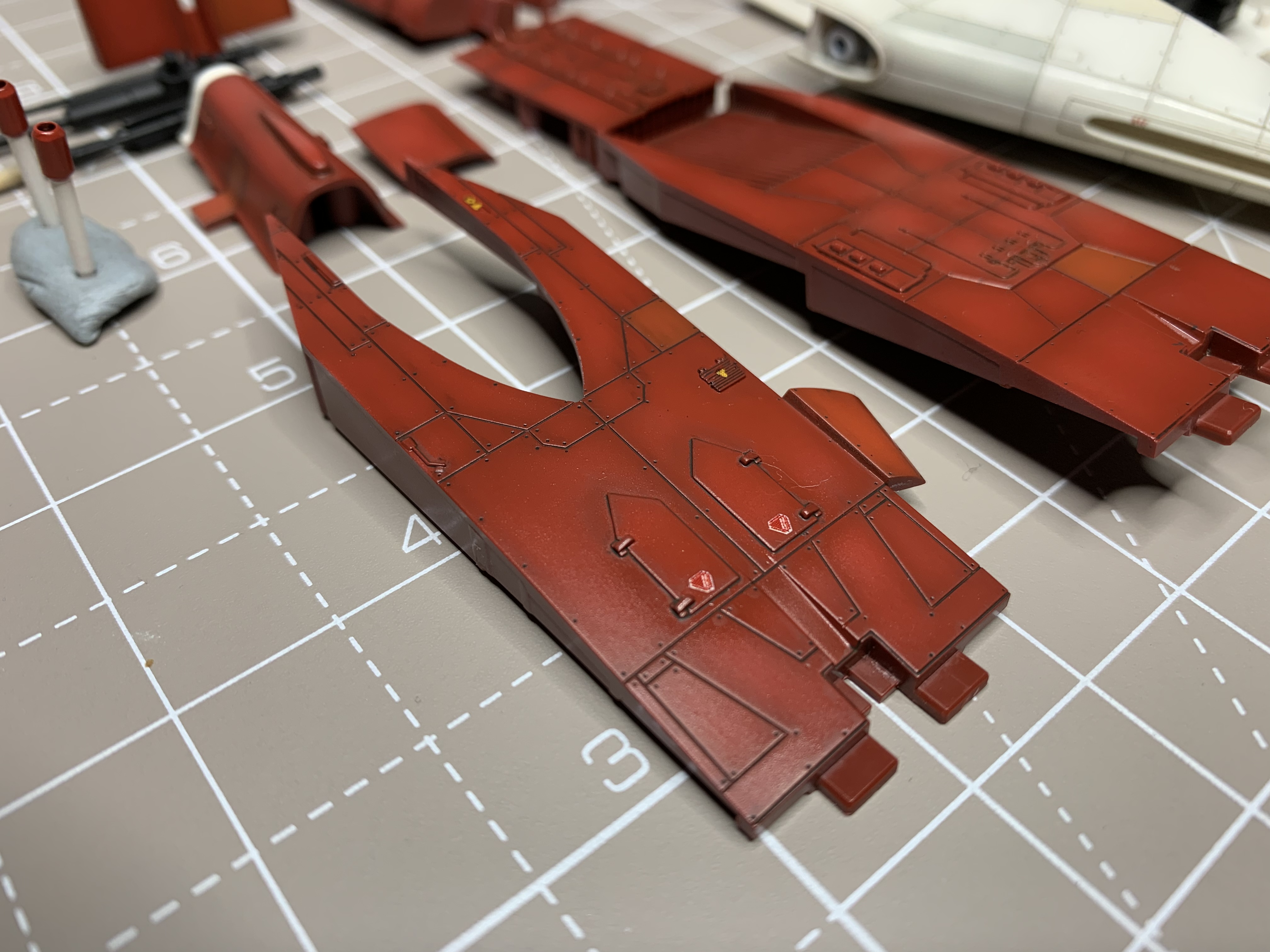 Iwatajim said:
And the cockpit and pilot are done, not my favourite thing painting 1/72nd figures, especially anatomically challenged Bandai ones! Looks ok with the naked eye.

Who is to say they are anatomically challenged, when the pilots were played be women and voiced by men? Maybe they are from a race of very long legged people.

Wow, you did an excellent job on this!

Thanks guys, yeah everything about this little craft is strange, but I had to scratch the itch!

Have made a start on the weathering, staining on panels not showing up too well on the photos, contrast is washing out the white areas I think. Still got the tail fins, side guns, port engine case, etc to do but nearly there… 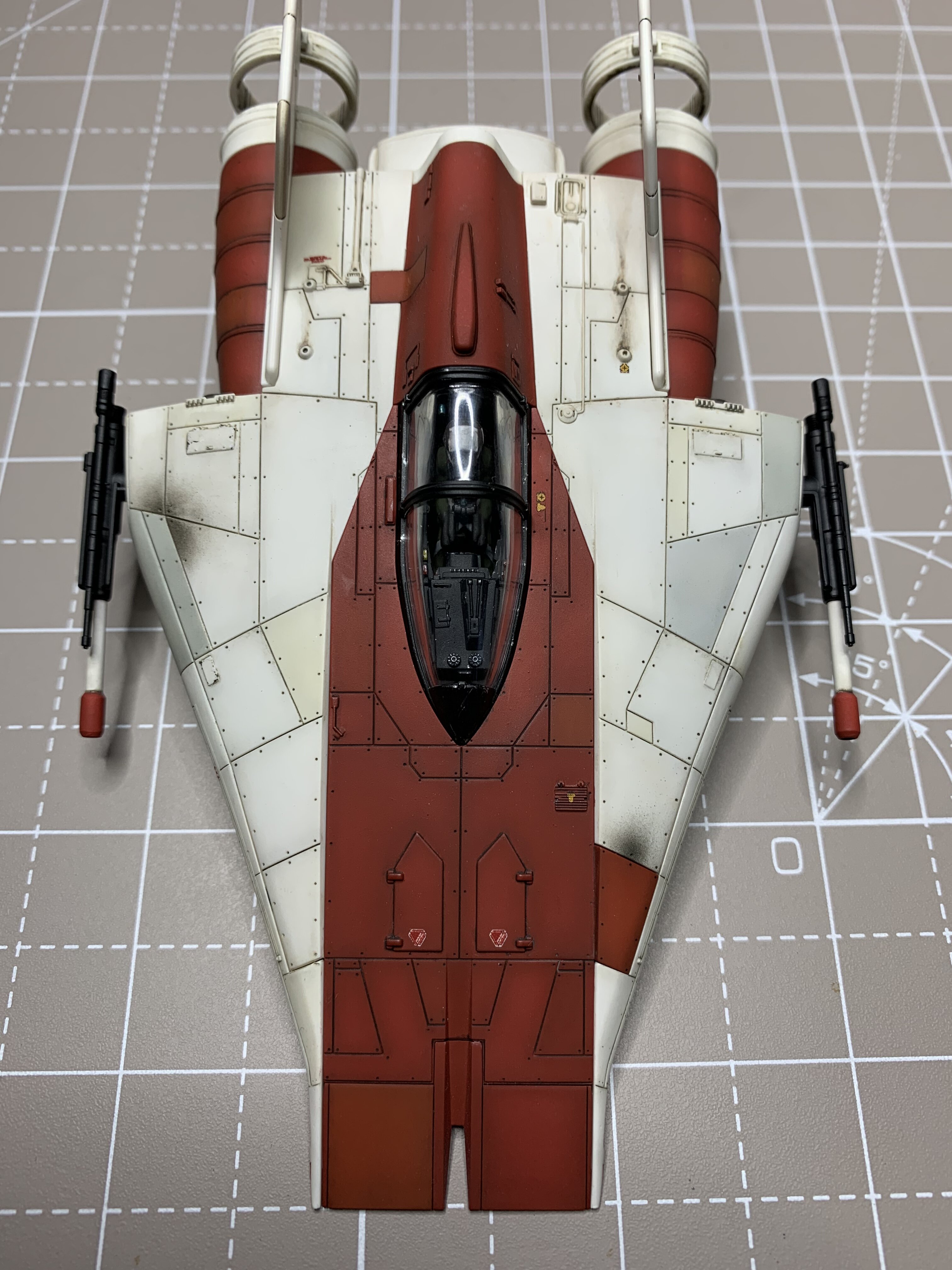 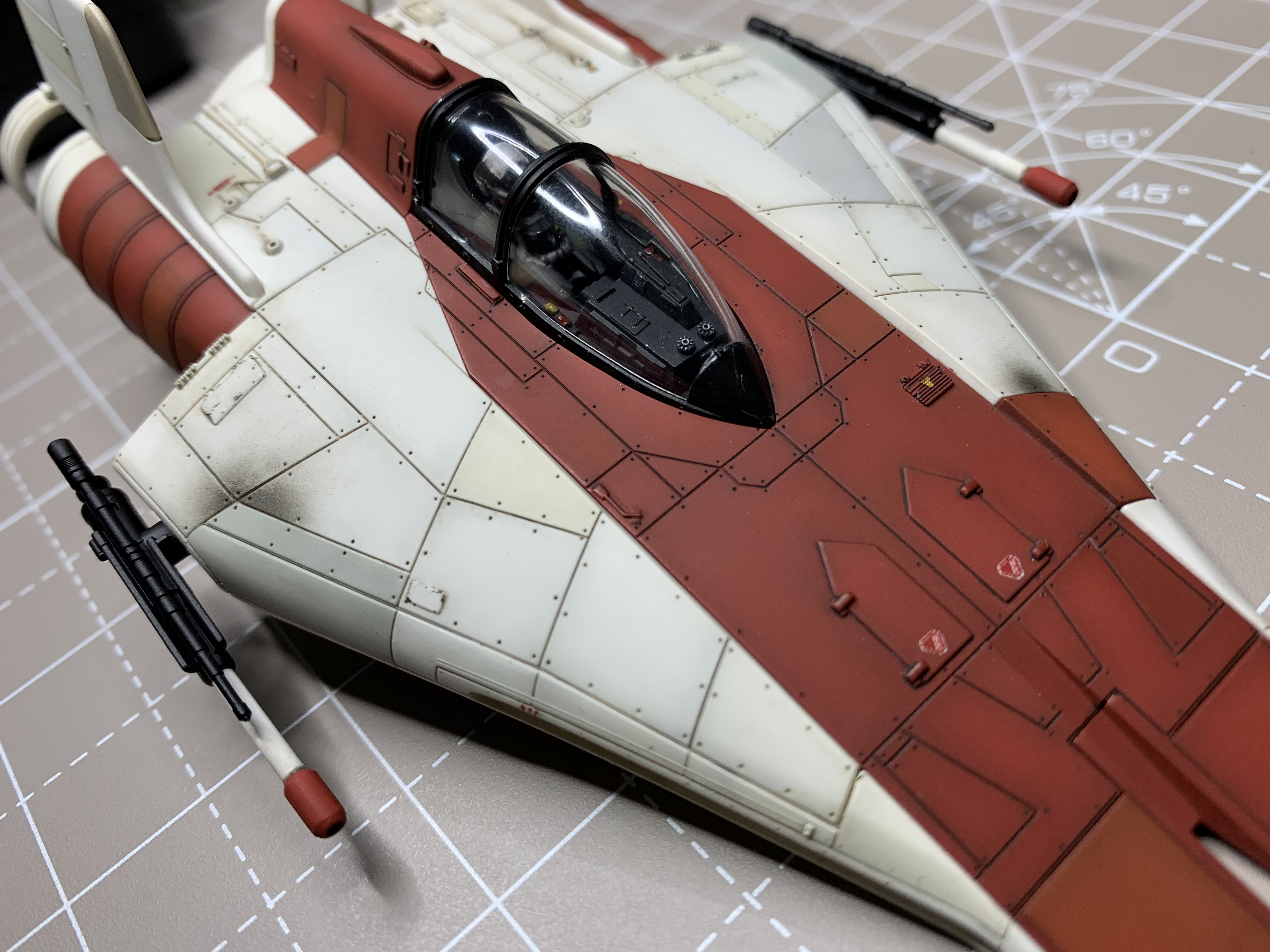 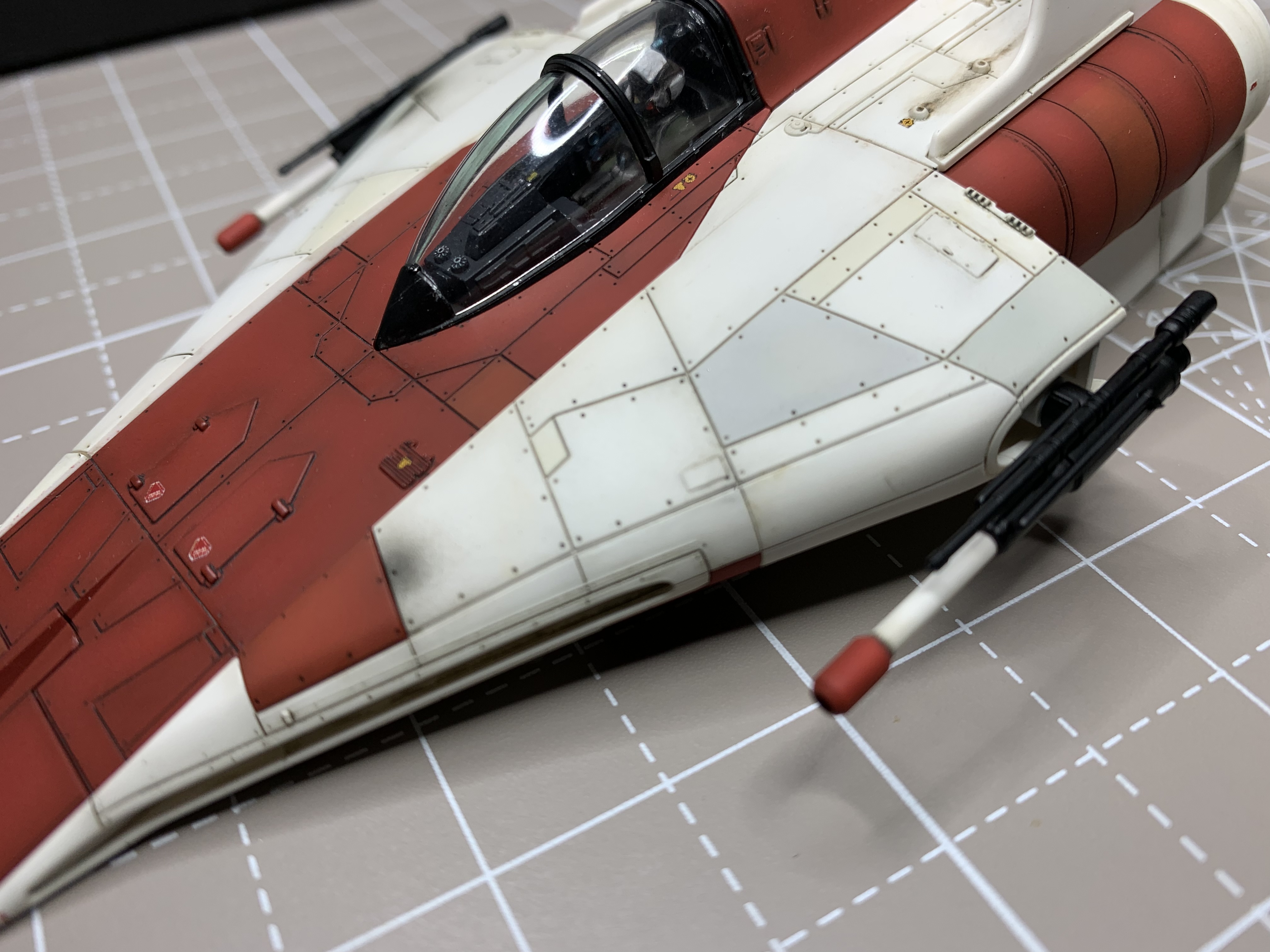 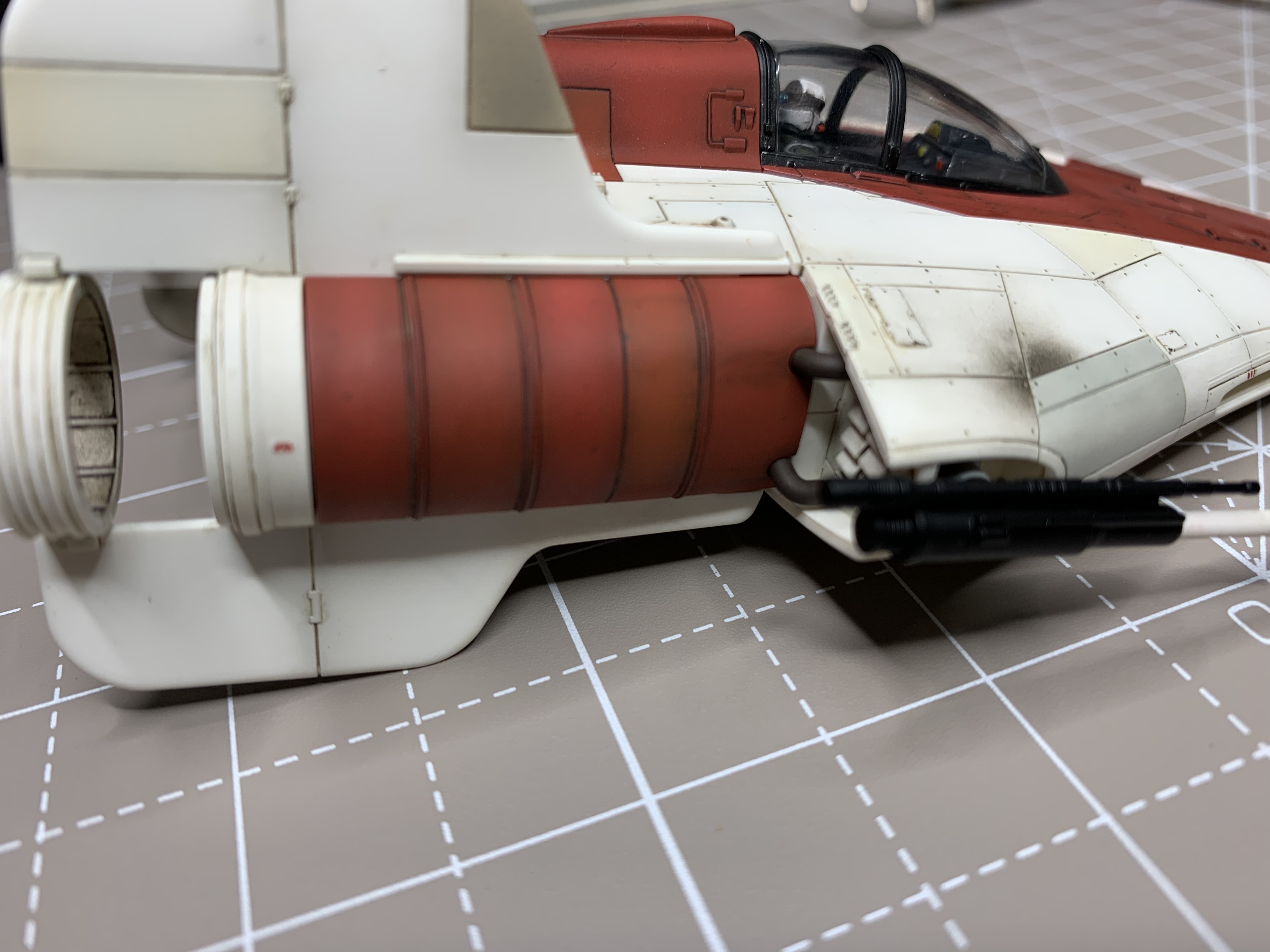 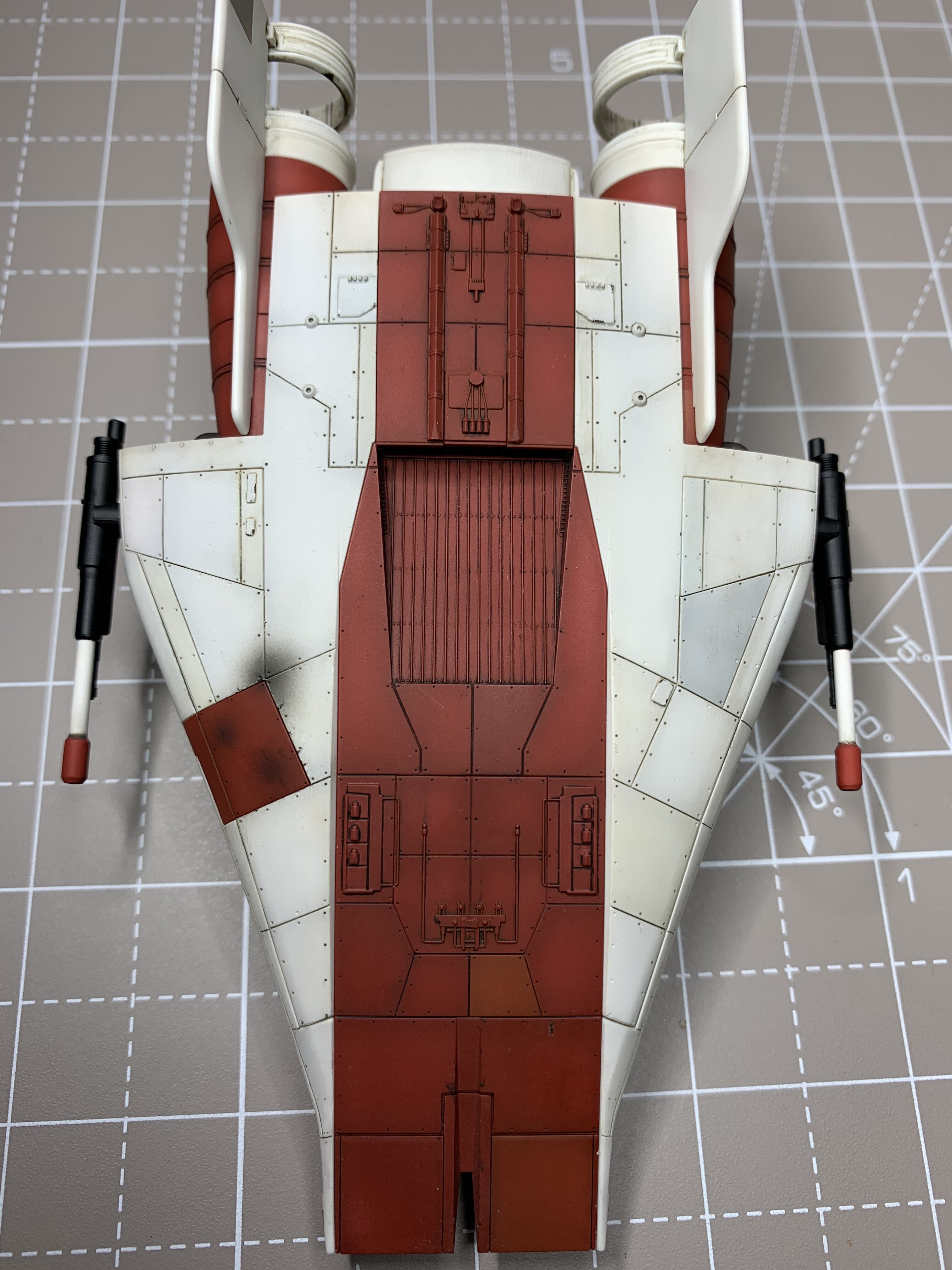 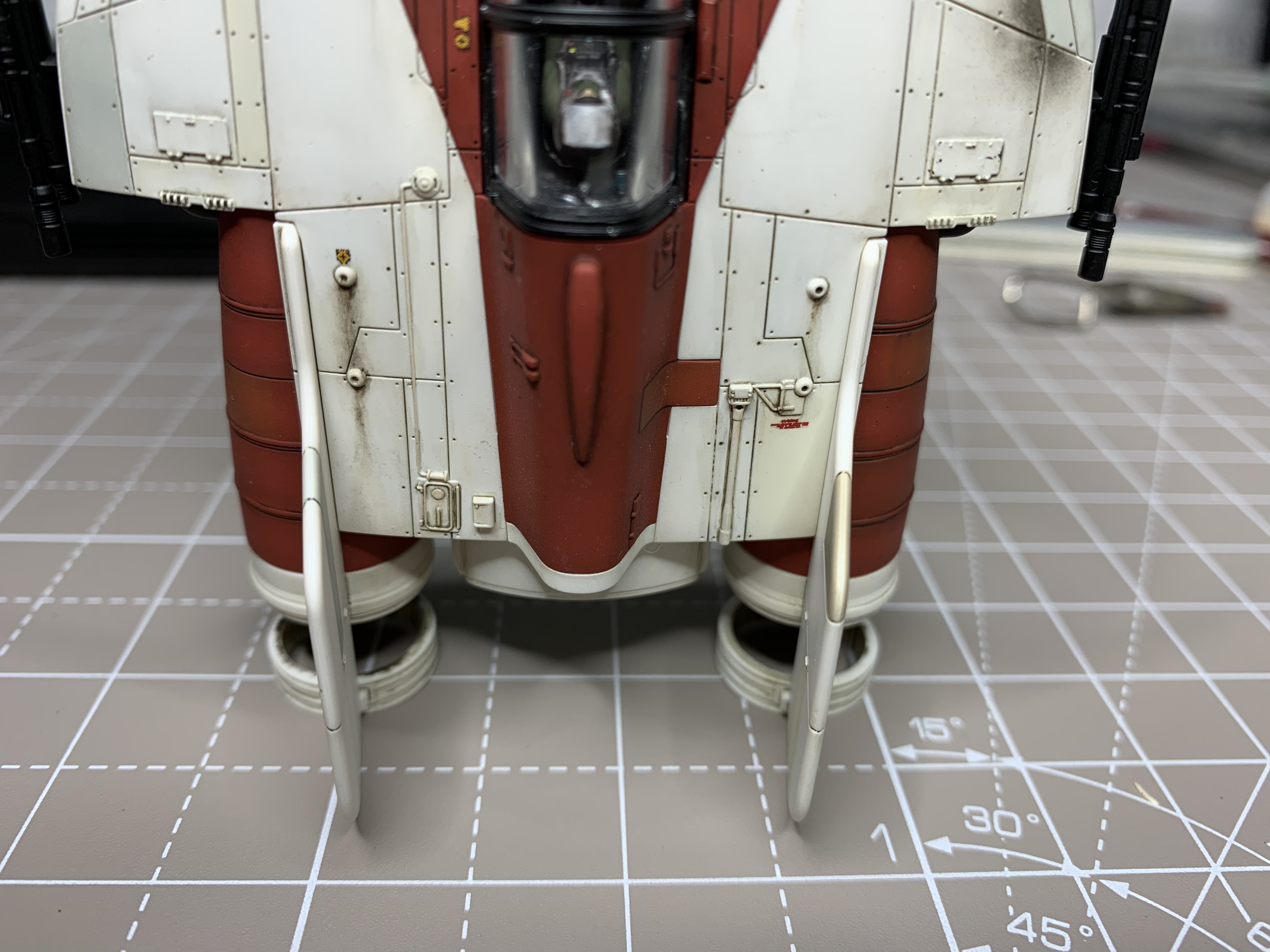 I’m calling this finished for now. I know it looks just about the same as last time but trust me it is looking much grubbier, just having difficulty getting the pics to show it. First pic shows all the products I used. The engines have some gold confetti placed behind the clear lenses to represent the screen yellow lights, with a little red dot for the fun of it.

I built this because I wanted to complete the rebel fighter fleet, still got the y to go, but I am totally sold on this little fighter now, and the kit is fantastic! Included some pics withe the b-wing too, just makes sense to have the A and B together… 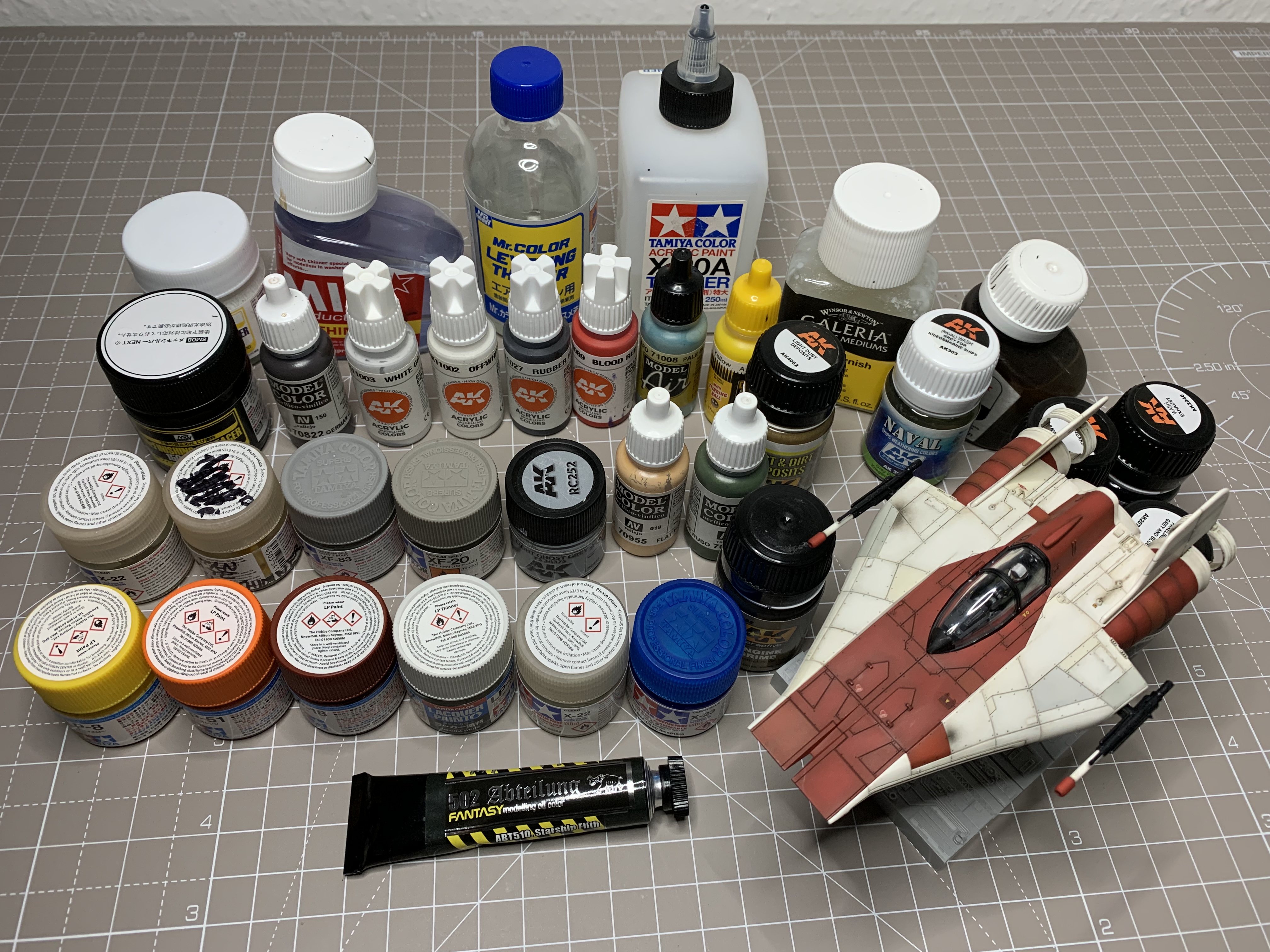 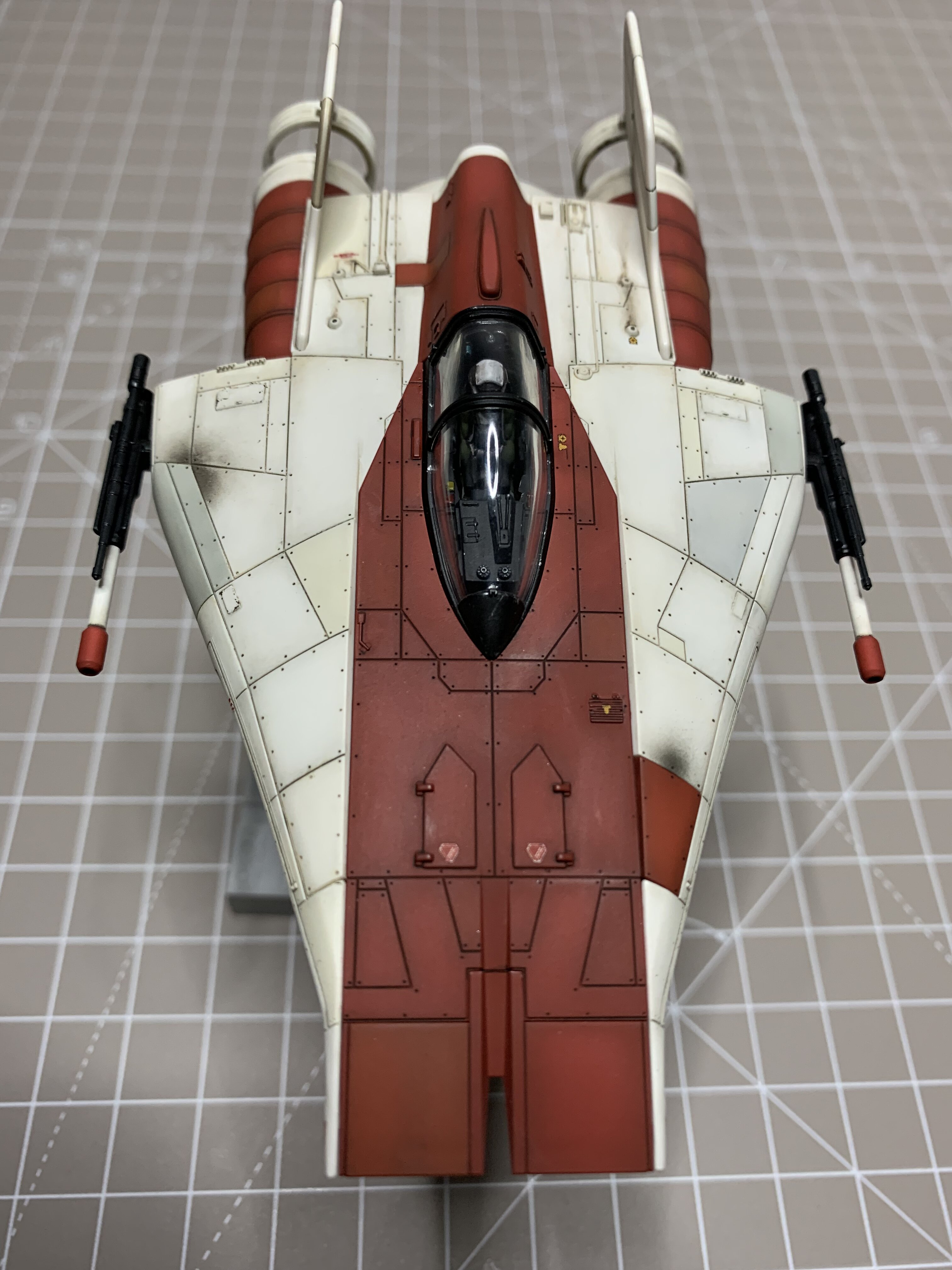 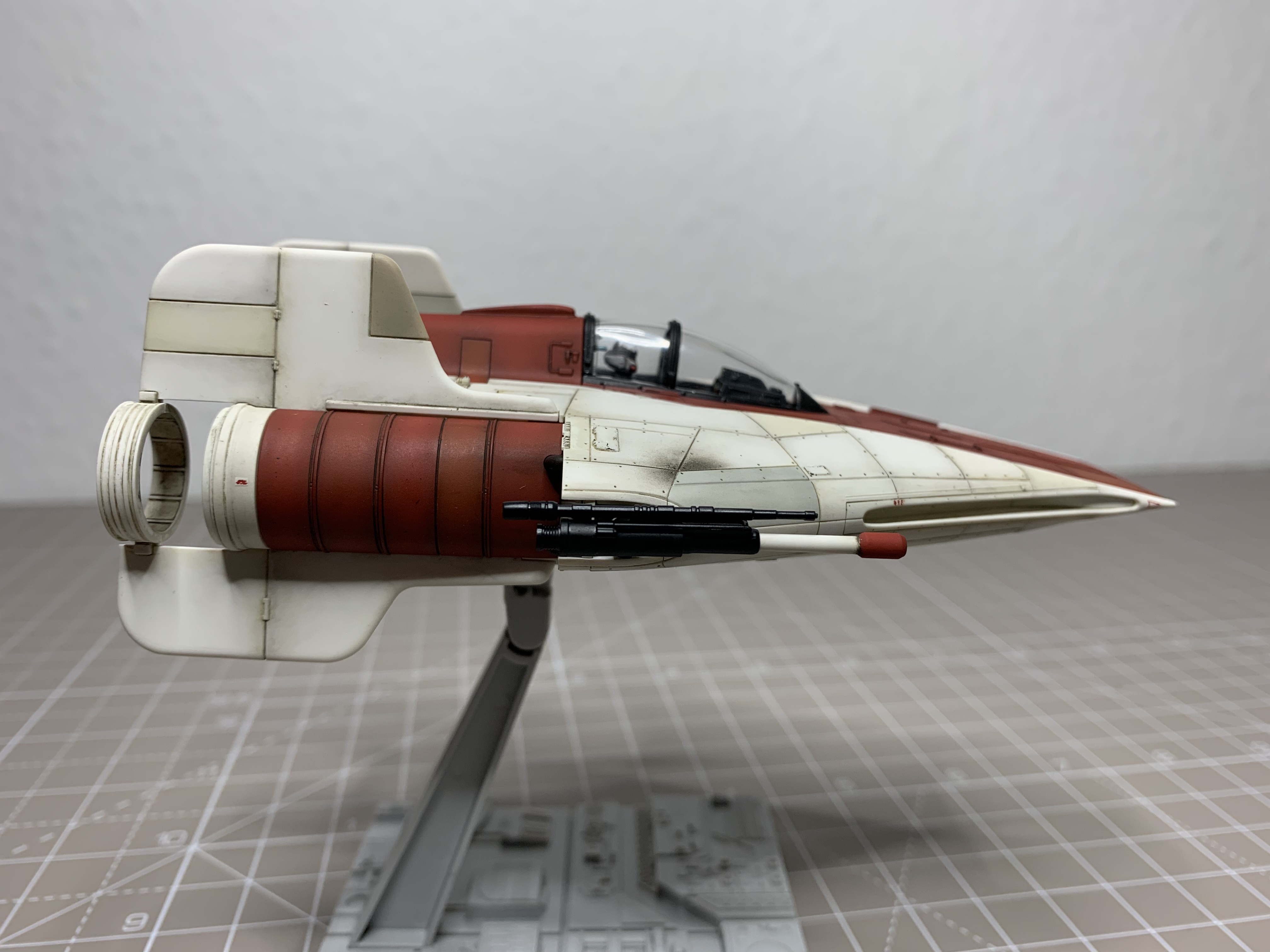 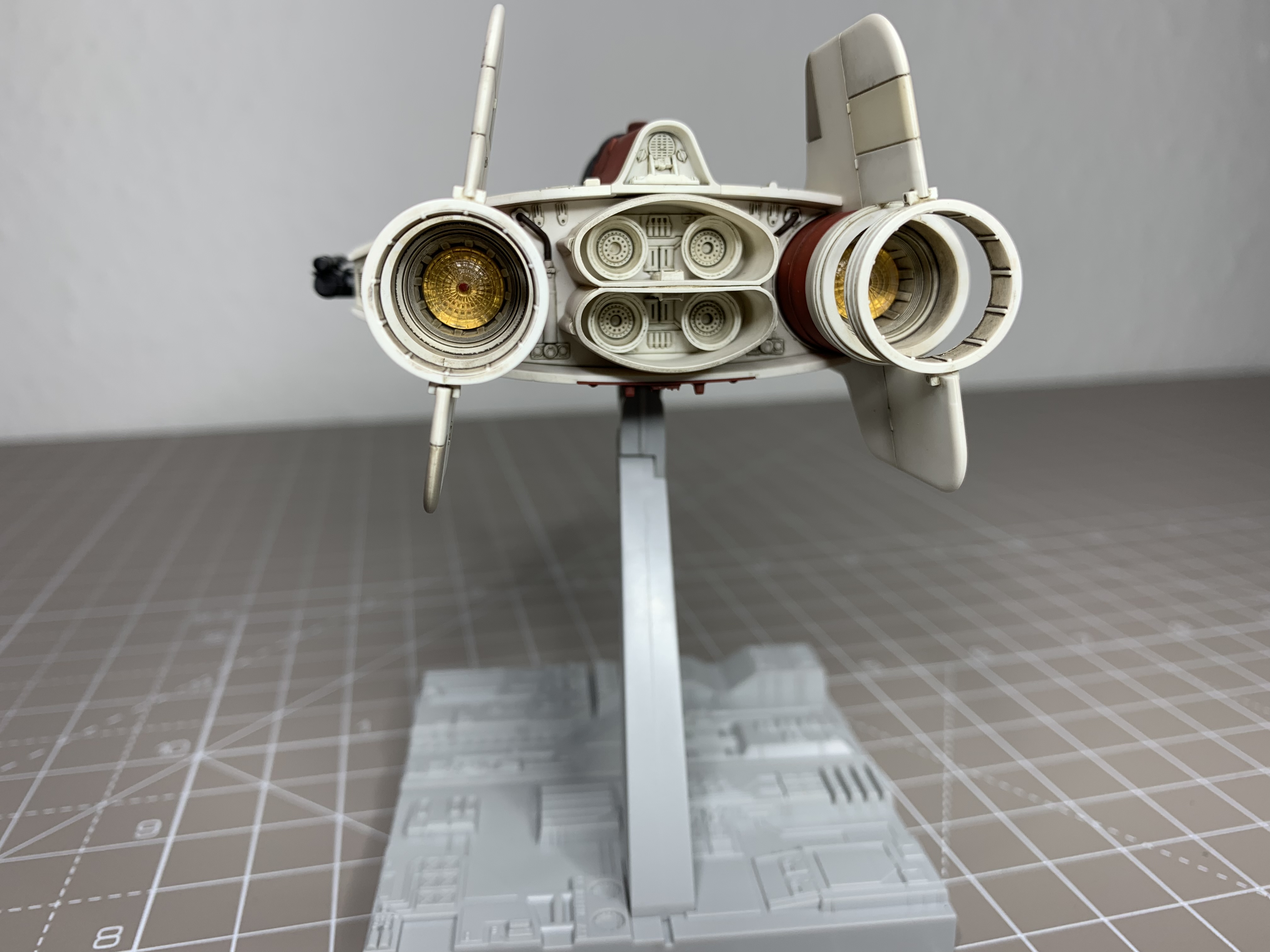 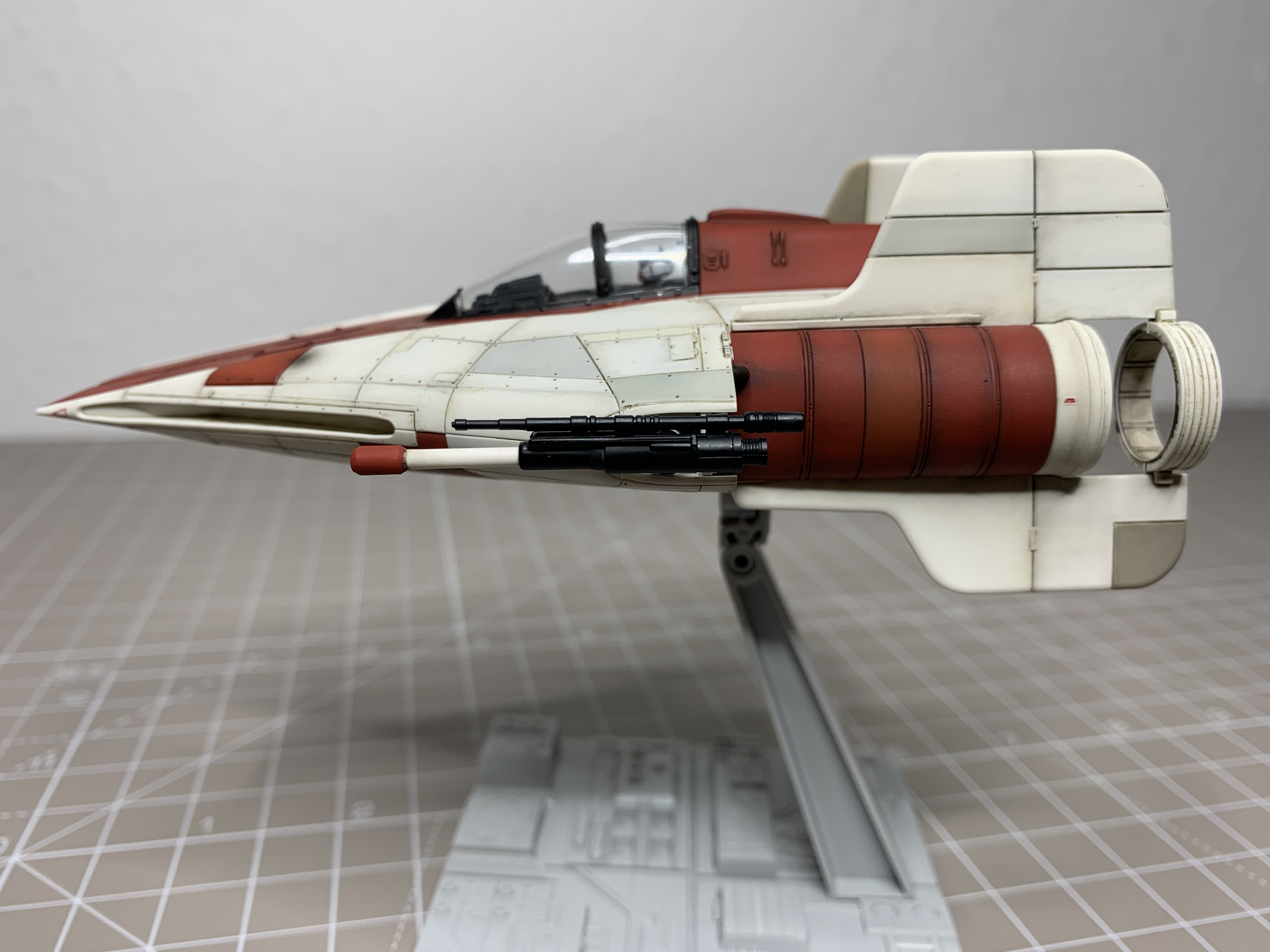 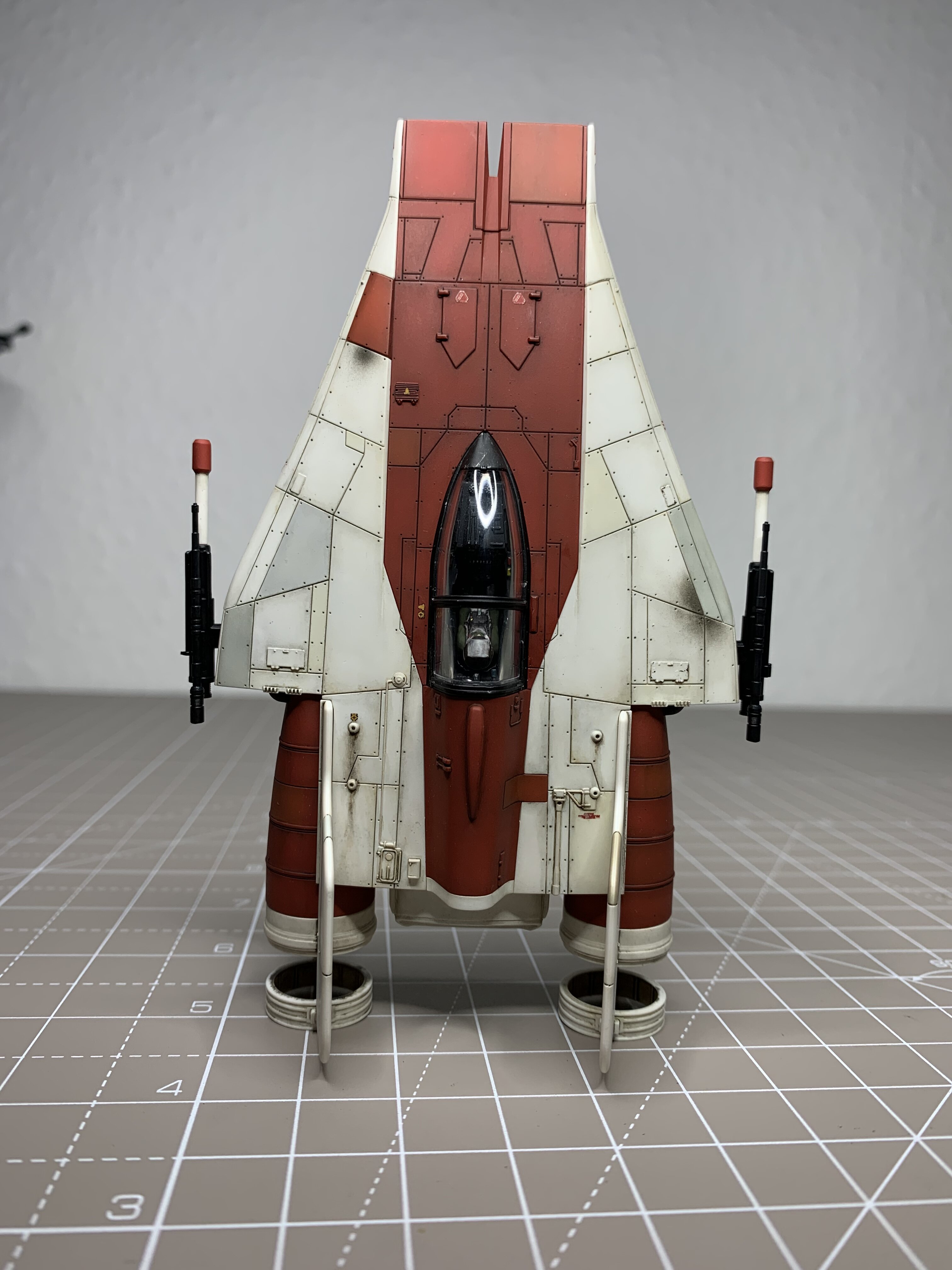 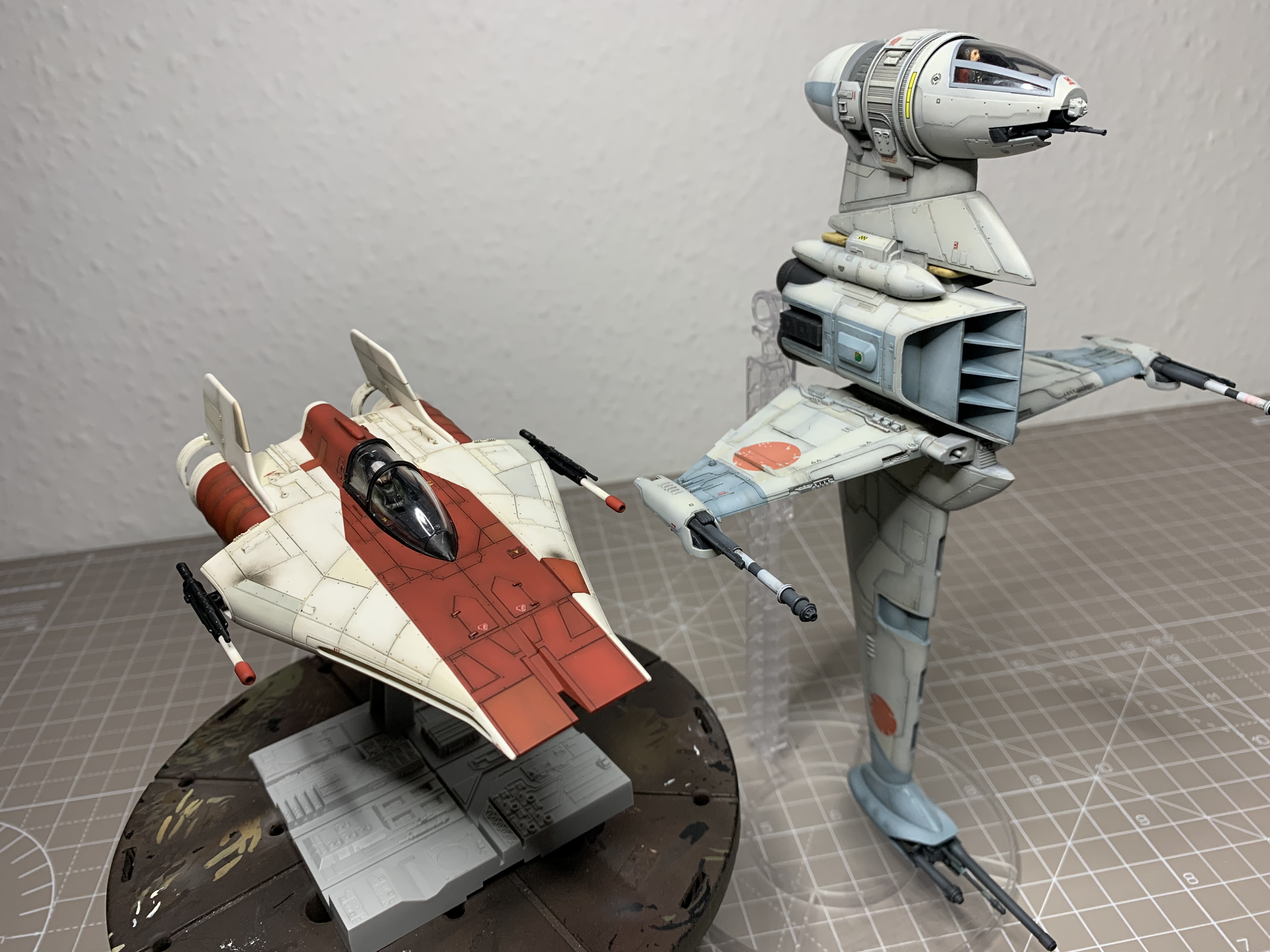 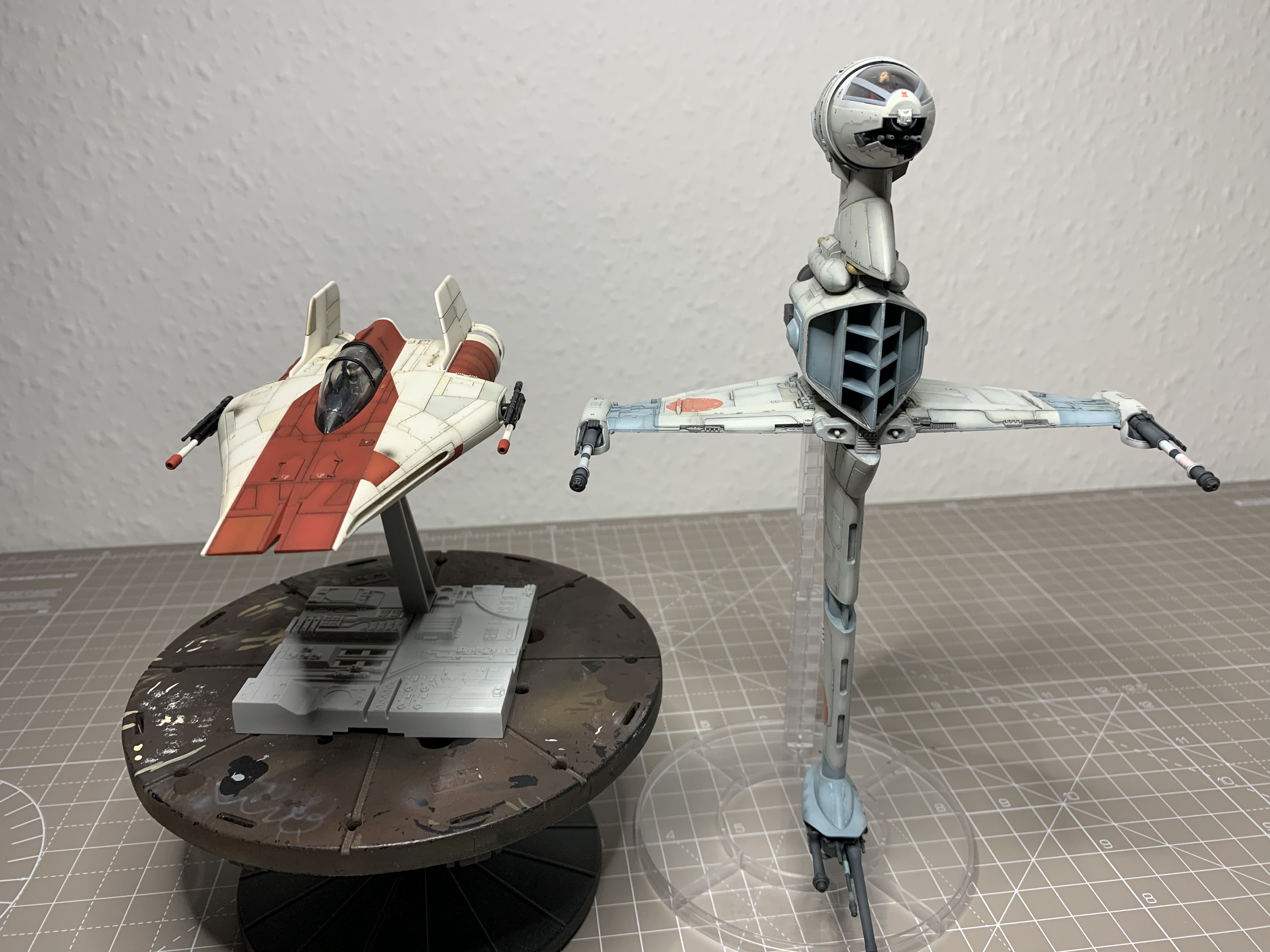 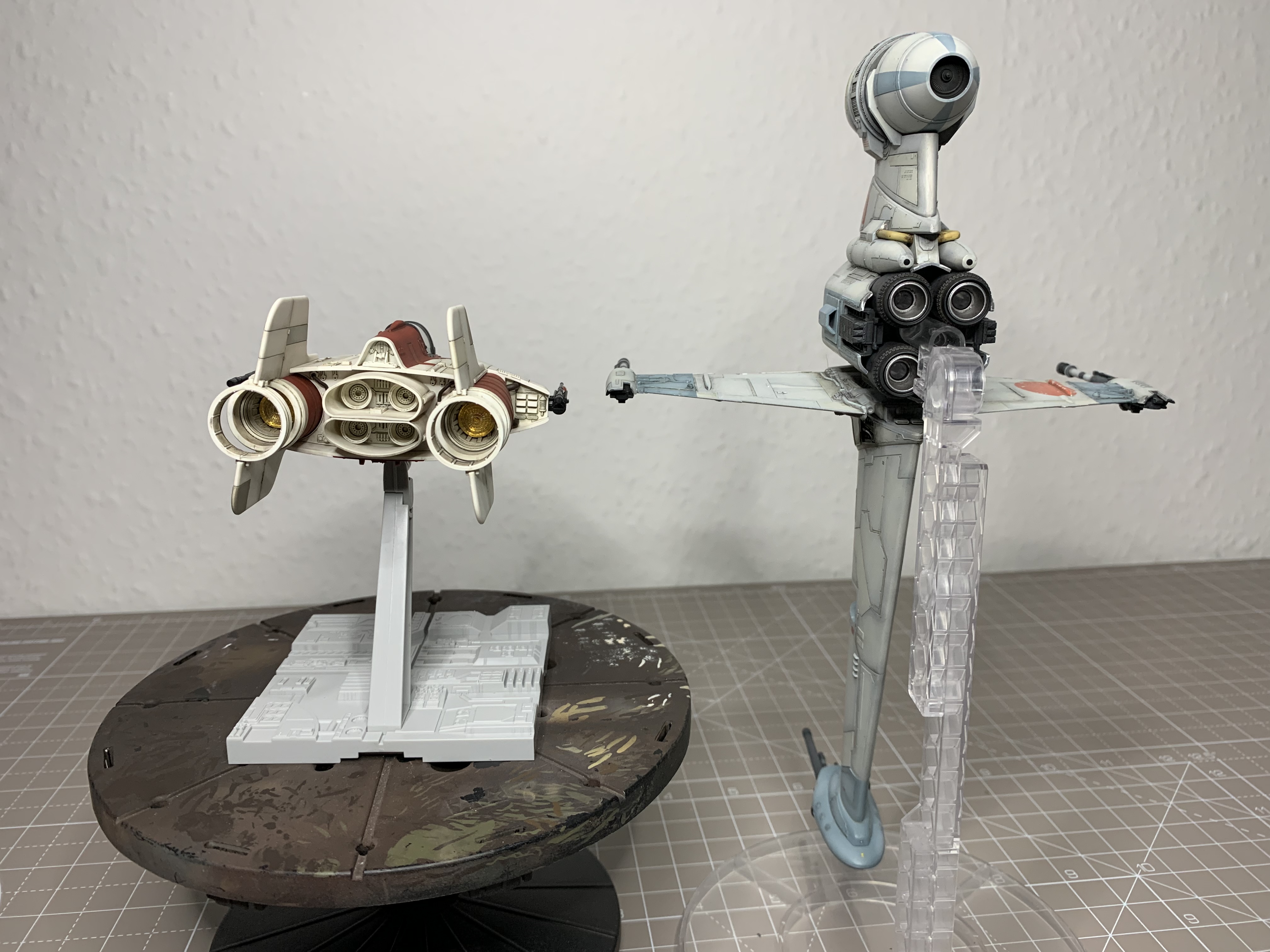 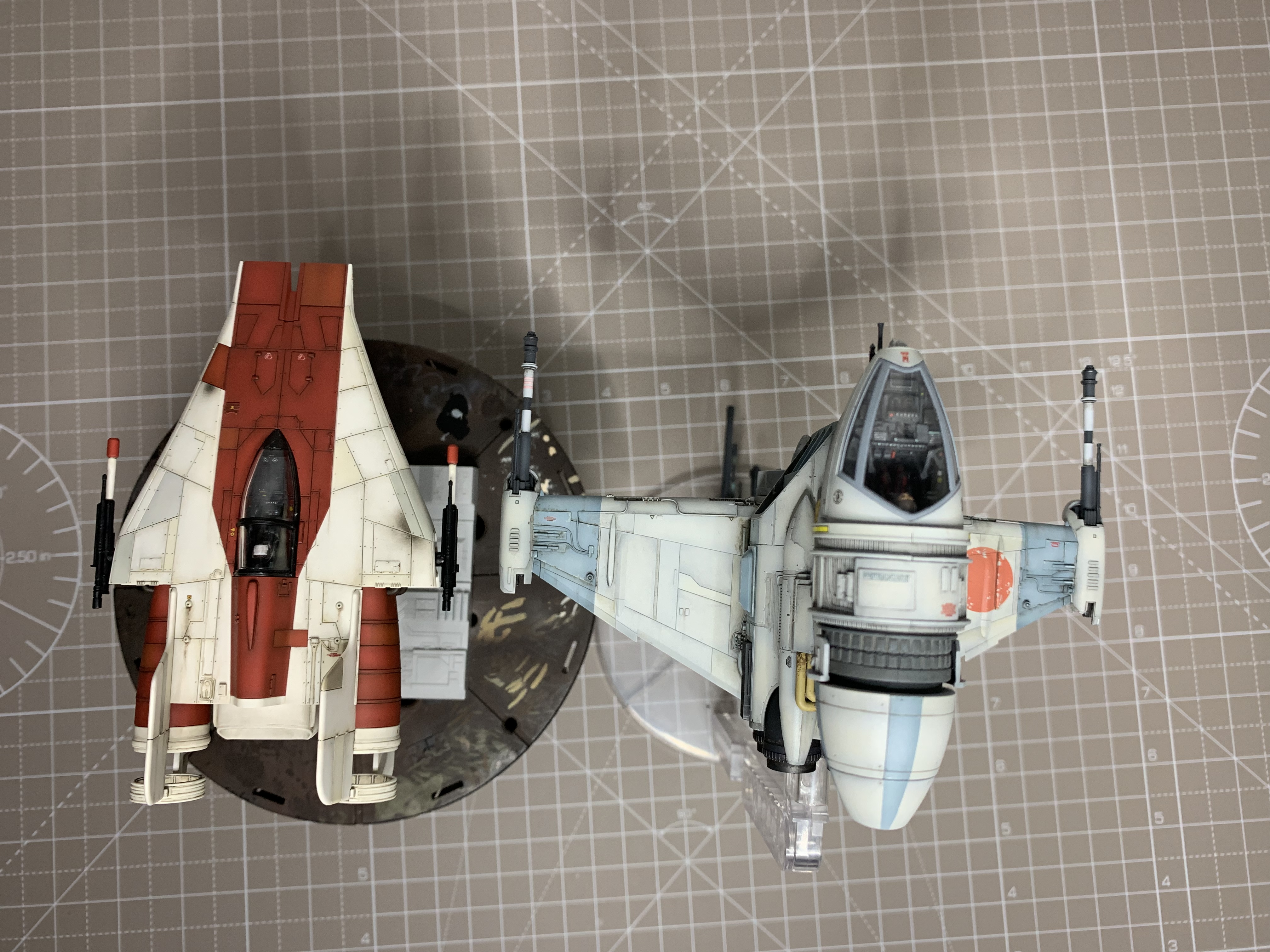 Thanks edge10, need to fashion a stand that will hold the two of them now.

1/72 Bandai B-wing. Finally got to tackle one of my favourite ships.