RPF PREMIUM MEMBER
Once again, my great friend Steve in Sweden is well on the way to creating a beautiful scaled down ILM quality paintjob on the fantastic Bandai 1/72 Y-Wing Fighter.

I'd love to see some more in progress shots
C

Wow Chris, this is beautifull piece of work. Some pictures together with x-wing?
C

RPF PREMIUM MEMBER
Thanks guys!
Petr - I'll definitely be doing a photoshoot with the set of Bandai 1/72 ships that my friend Steve has completed for me. Falcon, TIE Fighters (x2), Darth Vader's TIE Fighter, X-Wing and Y-Wing.

Gorgeous! I haven’t done model making since I was a kid, but those Bandai sets are stunning.
C

RPF PREMIUM MEMBER
Some beautiful 99% completed photos from Steve. Just brilliant that he is able to scale down an ILM paintjob like this.

In the side by side photos, the ILM miniature is on the left and the Bandai 1/72 is on the right.

Steve mixes all colours by himself. Not an ArchiveX paint in sight (mainly because Steve only works in acrylics which ArchiveX don't supply (yet).

I would love to see some step by step videos or pics showing the techniques he uses. i.e. s it all airbrush, or if washes and filters, what kind of paints (oils, acrylics etc...)

As an aside, and not that it matters for anything other than a point of interest, but technically that is the "unfinished" version of Gold Leader. There was more weathering added before it was filmed

And just to be clear, it is not meant as a knock on any of the amazing work Steve did as I am sure he would have copied this just as well if this source was used. So please don't take it as negative criticism in any way. Purely informational

The Star Destroyer Project by Monsieurtox

I am not sure where he got the pics from, but this is how Gold Leader looked during filming. You can see that distinctive dark streak down the right side of the canopy for example on film as well as some other darker blasts marks/streaking elsewhere

Although in ways, I kind of prefer the "unfinished" look from those published source pics used. When I did mine, I tried to go somewhere in between as the one below feels a bit over the top. Pure speculation, but the additional weathering was probably added shortly before or during filming when they may have realized that much of the weathering got lost when doing test shots with the lighting used. So they added some heavier weathering? 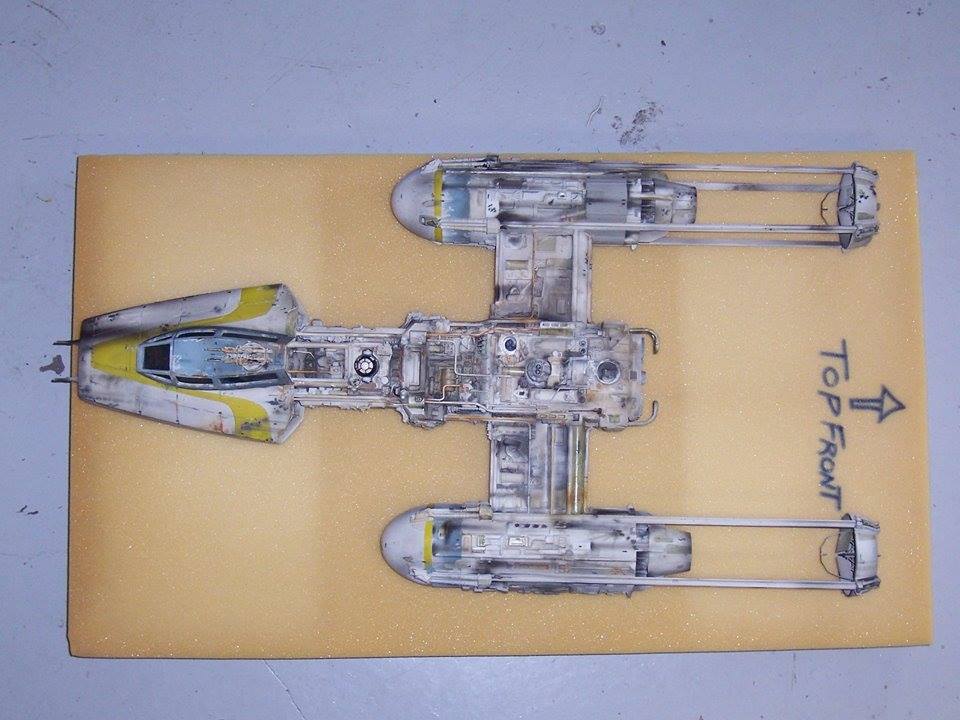 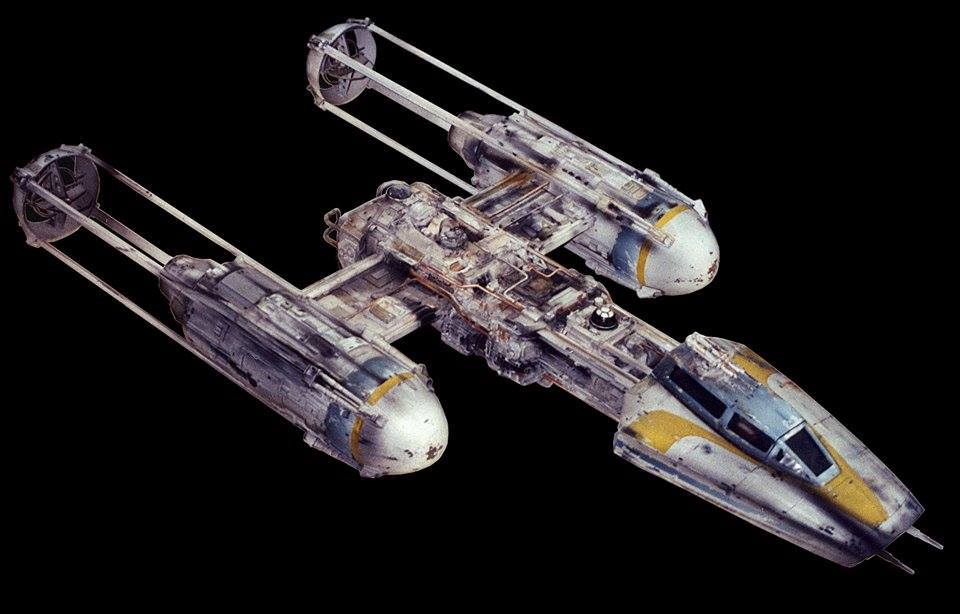 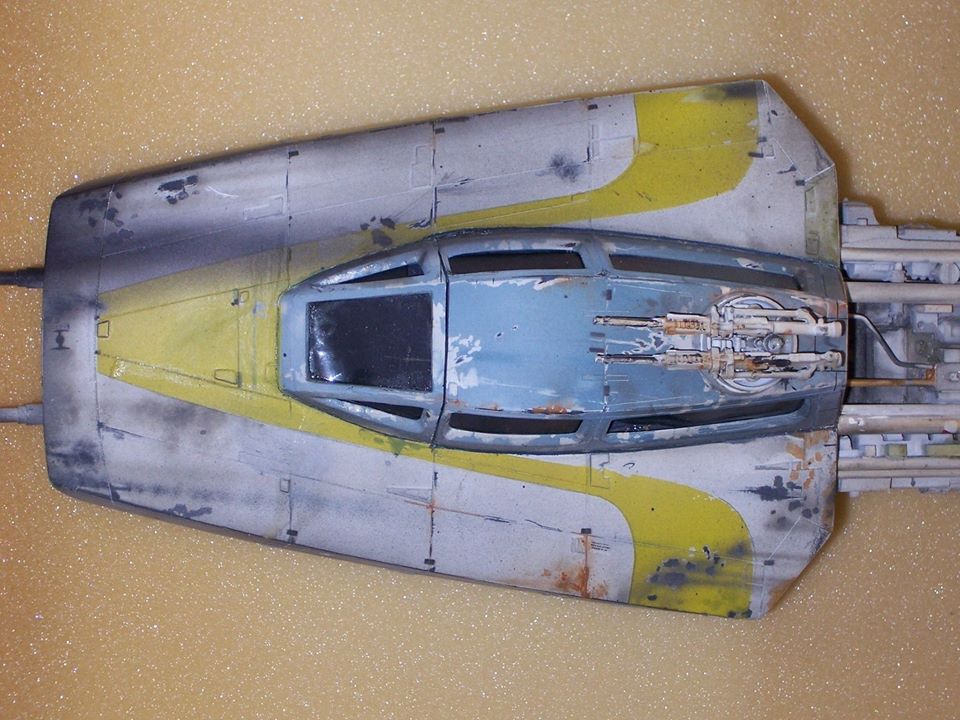 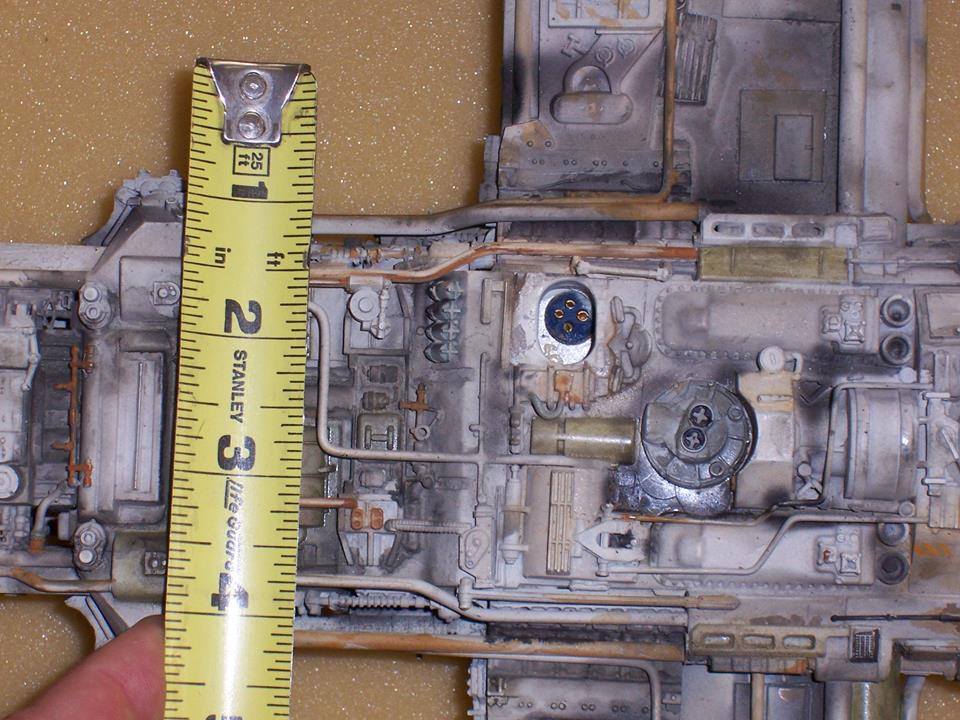 RPF PREMIUM MEMBER
Yes, I had saved those excellent photos and was aware that the Chronicles photos are the pre-filming version of the model. However, I just prefer the look of it without all that additional weathering on it, so I asked Steve to just match this one up to the Chronicles photos.

cking said:
Yes, I had saved those excellent photos and was aware that the Chronicles photos are the pre-filming version of the model. However, I just prefer the look of it without all that additional weathering on it, so I asked Steve to just match this one up to the Chronicles photos.
Click to expand...

Like I mentioned, I kind of prefer that look as well (although I did add the streak at the right side of the canopy, but I just toned it down a bit)

Just wanted to make sure if you had not seen those pictures, you still had time to ask him to add the additional weathering if that was something that appealed to you.

After all, some people like to go for total accuracy regardless of whether that may be the most realistic or better looking choice. It's why we have people replacing a fully fleshed out cockpit with a filming model cockpit that looks nothing like the filming set in the PG Falcon or why people want race car drivers as pilots

Personally, I am somewhere in the middle.
C

One of the best I have ever seen. Makes me want to strip mine and repaint it

RPF PREMIUM MEMBER
beautiful! It's also a testament to just how fine the detailing is on these Bandai kits; they can look so much larger in photos than they really are! Love the rusty coloring on the pipes too.
C

RPF PREMIUM MEMBER
Absolutely. The detail that Bandai have got into these little kits is outstanding. With a paintjob as expertly refined as what Steve has done, it's very difficult to tell that it's such a small model when looking at the photos. Here's the final batch of photos that I received before it has been packed up for shipping.


ecl said:
beautiful! It's also a testament to just how fine the detailing is on these Bandai kits; they can look so much larger in photos than they really are! Love the rusty coloring on the pipes too.
Click to expand...

RPF PREMIUM MEMBER
Here's the final side by side comparison with the ILM pre-filming miniature.