RPF PREMIUM MEMBER
Back in March of 2006 I started my first Ash costume based on "Army of Darkness" which you can see here:
http://www.therpf.com/showthread.php?t=4111

and almost 10 years later I am at it again, this time I was inspired to build Ash's new costume from the new STARZ series, Ash vs. Evil Dead which comes out next month!

Seeing how the show isn't out yet, the reference images I was able to get were from promos and screen captures from the trailer, so needless to say, this costume will be a work in progress.

RPF PREMIUM MEMBER
So for Ash vs. Evil Dead, the costume designers made some changes to the iconic look of Ash, but they kept the same color scheme and overall feel. Ash is now 30 years older so it stands to reason that some elements would change. In essence, the shirt, pants, harness system and I believe even chainsaw have changed, even though the chainsaw is very very similar and probably based on the same Homelite that they all were based on.

The first part in all of this would be finding the necessary parts on very little information.

So I hunted for a shirt that had similar characteristics to what I saw in the reference photos, same with the pants, found some black grommets, along with various other odds and end and once all of those things came in I was ready to start. Oh... did I mention that I wanted this for Dragon Con? 3 days before I would leave for Dragon Con? Yeah... I am nuts.

I knew that the shirt would be too light, so I figured I would dye it to a closer color of blue.

RPF PREMIUM MEMBER
So while the shirt was cooking, it was time to do some work on my old shotgun that I had commissioned back when I first did the Army of Darkness costume. The shotgun itself was well done, but had some issues that I have been meaning to fix and until now hadn't had the motivation to do so.

As you can see, the original had a very blocky shape and I had hoped to give it a more accurate shape. That meant I would have to cut it down and somehow not ruin it in the process. Now I should note that I am not a guy who does much with wood, and I don't have a large selection of tools either. So off to Sears I went, while texting Bill of Punished Props about what type of saw I should consider. I ended up with a small band saw which allowed me to do the work.

I also had to disassemble the shotgun and considering that I had no idea how it was build in the first case I ended up breaking one of the PVC barrels while trying to remove it. I later realized that the maker had drilled in 2 holes in each barrel to be able to screw into the wood and then covered the holes up with putty. Needless to say, I now had to build a new barrel.

Once I cut down the base of the shotgun I needed to make new barrel grooves, sand the entire piece and then reapply stain. I then ended up making two new barrels out of 1/2" pvc pipe and attaching them using the same method that the maker had before.

While it wasn't perfect, based on time, it would have to do.

RPF PREMIUM MEMBER
Once the shirt was close enough to the color I wanted, it was time to figure out the harness. The hold harness was completely different so I would have to wing it.

I started what I considered to be relatively known information first based on the reference photos.

The top right shoulder strap is made of cotton webbing of some sort, probably a belt. I just happened to have an old green belt that looked close enough. RIP old belt, you served my shorts well.

The ring for this appeared to be some sort of D ring, although I have yet to identify the correct one. It could be a D ring on it's side. Not sure.

Then I made the main belt, I used a buckle I had and will update this later.

At the end of the cross strap, there looks to be some sort of button stud, but I needed to find something smaller than the normal sized ones and fortunately Amazon had just the thing.

Awesome work mate, I am looking to make a 1/6 version of Ashso have been studying the clothes what screen shoots etc.

I look forward to seeing your finished outfit
Last edited by a moderator: Nov 9, 2018

Looking great so far. One of my favorite characters.

RPF PREMIUM MEMBER
Once I had some of the basics worked out, it was time to start working on the details.

The main cross belt has a number of grommets, 18 I believe. I had found a place on the web that sold the size I needed and in black, so they were ordered and sent priority.

I quickly realized that doing all of these and trying to make them even and straight would be a challenge.

Those belts are awesome! I am thinking of making an older Ash myself

Any updates on this?

RPF PREMIUM MEMBER
SUPER late response. Sorry. Some pics of the completed stuff... regretfully, the majority of this costume (minus boom stick and chainsaw) has gone missing in the move.

So now I get to make it again, but thankfully, this time with a lot more reference photos.

Damn dude, you're like a dead ringer for Javier Bardem. Have you ever done an Anton Chigurh? 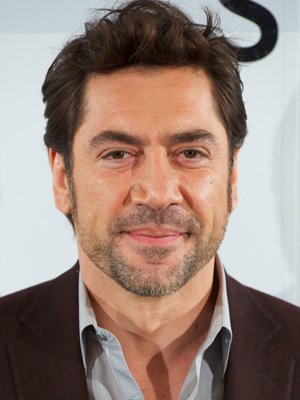 Damn dude, you're like a dead ringer for Javier Bardem. Have you ever done an Anton Chigurh?
Click to expand...

I have not... although I sorta want to do his character from No Country for Old Men
Last edited by a moderator: Nov 9, 2018

Zendragon said:
I have not... although I sorta want to do his character from No Country for Old Men
Click to expand...

RPF PREMIUM MEMBER
Hey man great attention to detail. If I may, whats the make and model of that shirt you scrounged up, or is that a tightly held secret?

RPF PREMIUM MEMBER
Thank you and of course. The base shirt used is from Amazon... https://www.amazon.com/gp/product/B0057XBCJI/ref=oh_aui_search_detailpage?ie=UTF8&psc=1

The actual shirt used in the show was custom made for the show but this was as close as I could find.

Now you just need a powerglove and a shotgun reloader.
K

Zendragon said:
Thank you and of course. The base shirt used is from Amazon... https://www.amazon.com/gp/product/B0057XBCJI/ref=oh_aui_search_detailpage?ie=UTF8&psc=1

The actual shirt used in the show was custom made for the show but this was as close as I could find.
Click to expand...

I found this shirt to be almost exactly what was used on the show. It was Wrangler brand that I got it at Wal-Mart in 2017. It is no longer sold by Wal-Mart, but it pops up on eBay on occasion, just search for "Wrangler Denim Long Sleeve." The thing that really sells it for me is the pocket flaps have the corners cropped just like in the show. 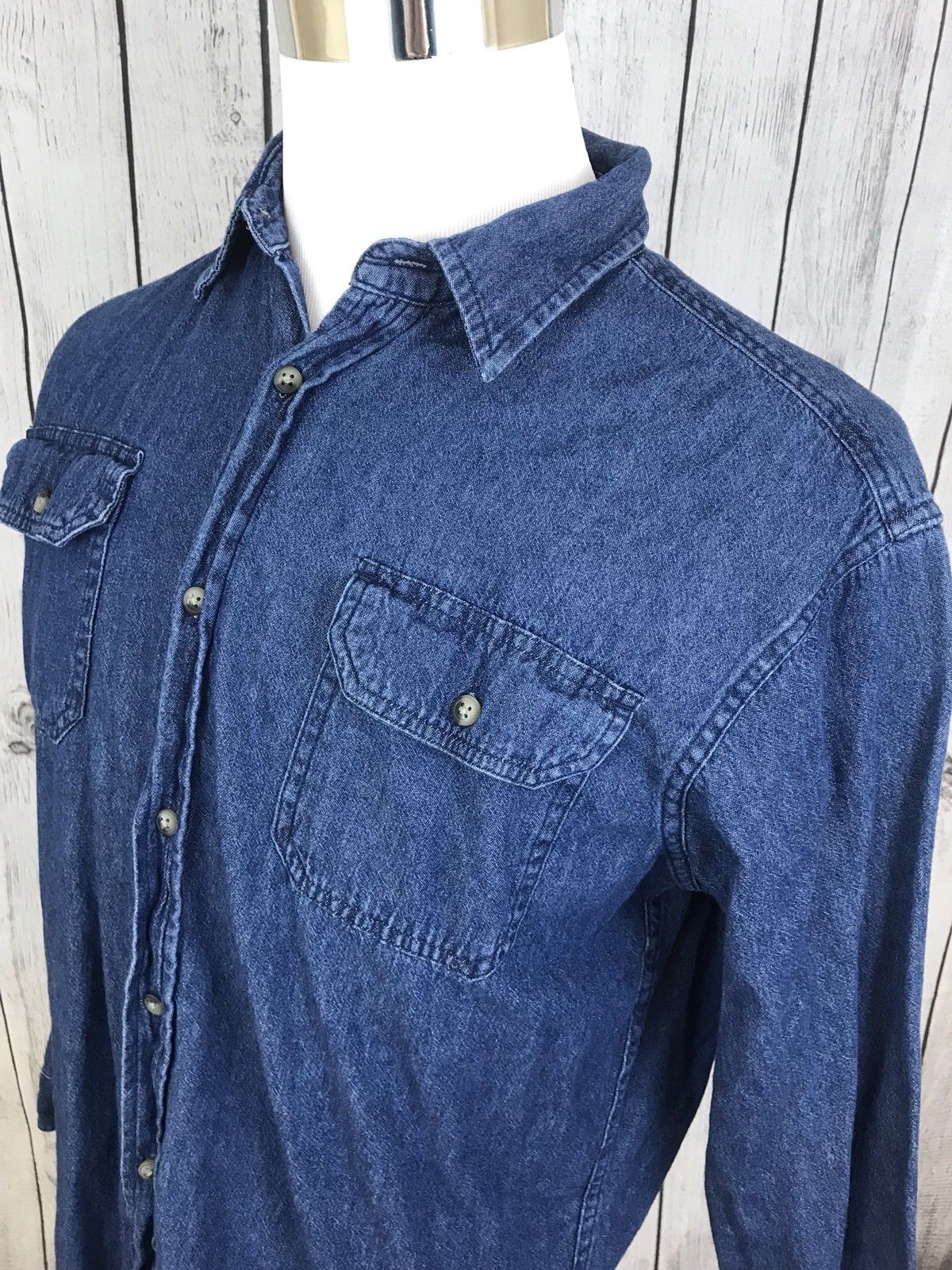 kalessaradan said:
I found this shirt to be almost exactly what was used on the show. It was Wrangler brand that I got it at Wal-Mart in 2017. It is no longer sold by Wal-Mart, but it pops up on eBay on occasion, just search for "Wrangler Denim Long Sleeve." The thing that really sells it for me is the pocket flaps have the corners cropped just like in the show.

I ended up getting a couple of the shirts and pants from the Auction a while back and as it turns out, both the pants and the shirt were made for the show. The shirt is a stretch denim, that has been reversed. So it has the denim look but not the denim color. I also suspect that they color treated the fabric, but I am not 100% on that. The color is very blue.

How do I learn pattern making?