Using the Art Asylum/Diamond Select phaser as a base, I set about turning it from toy to prop. 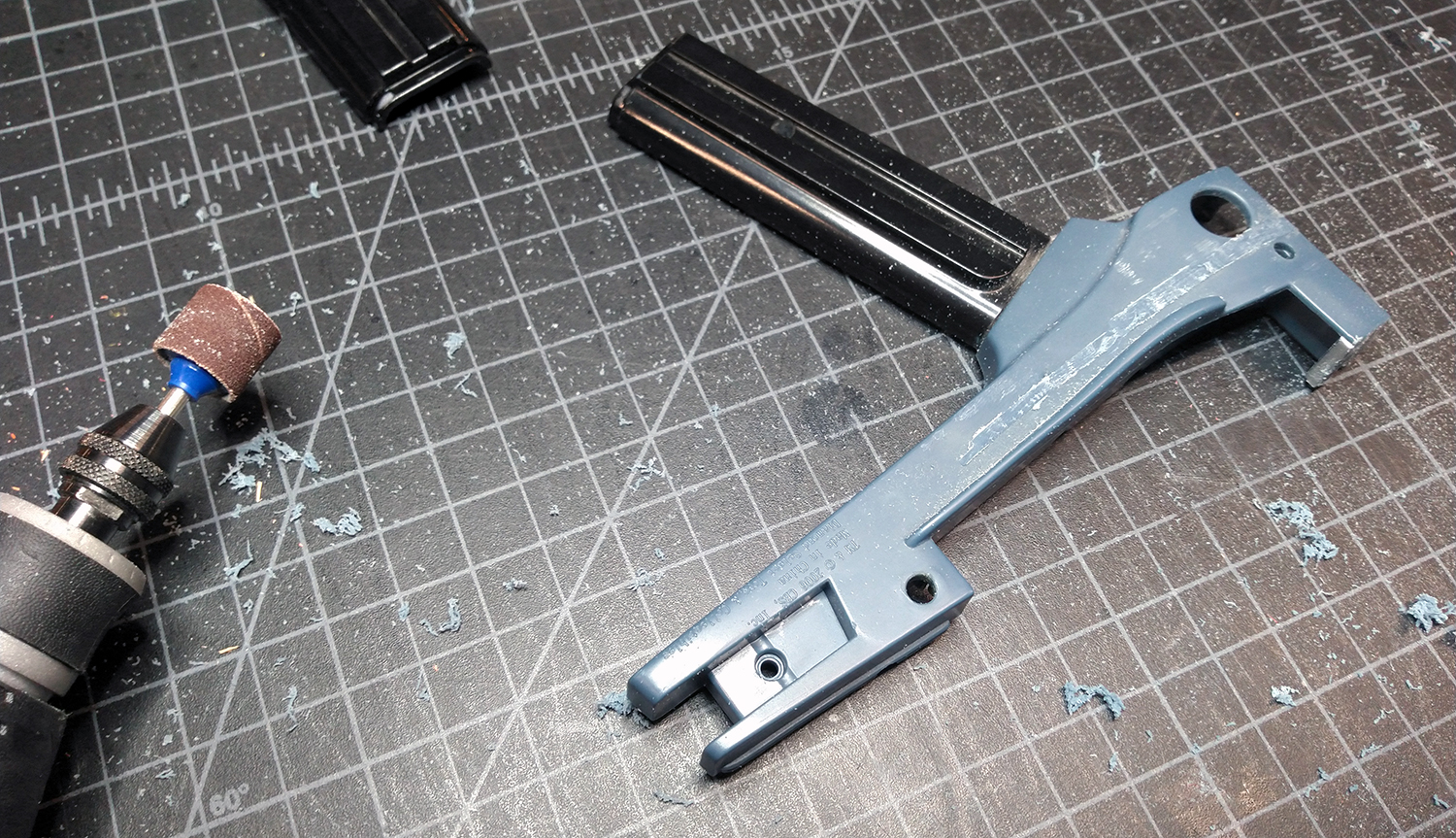 The front was rebuilt from styrene to provide a better mount for the metal nozzle. 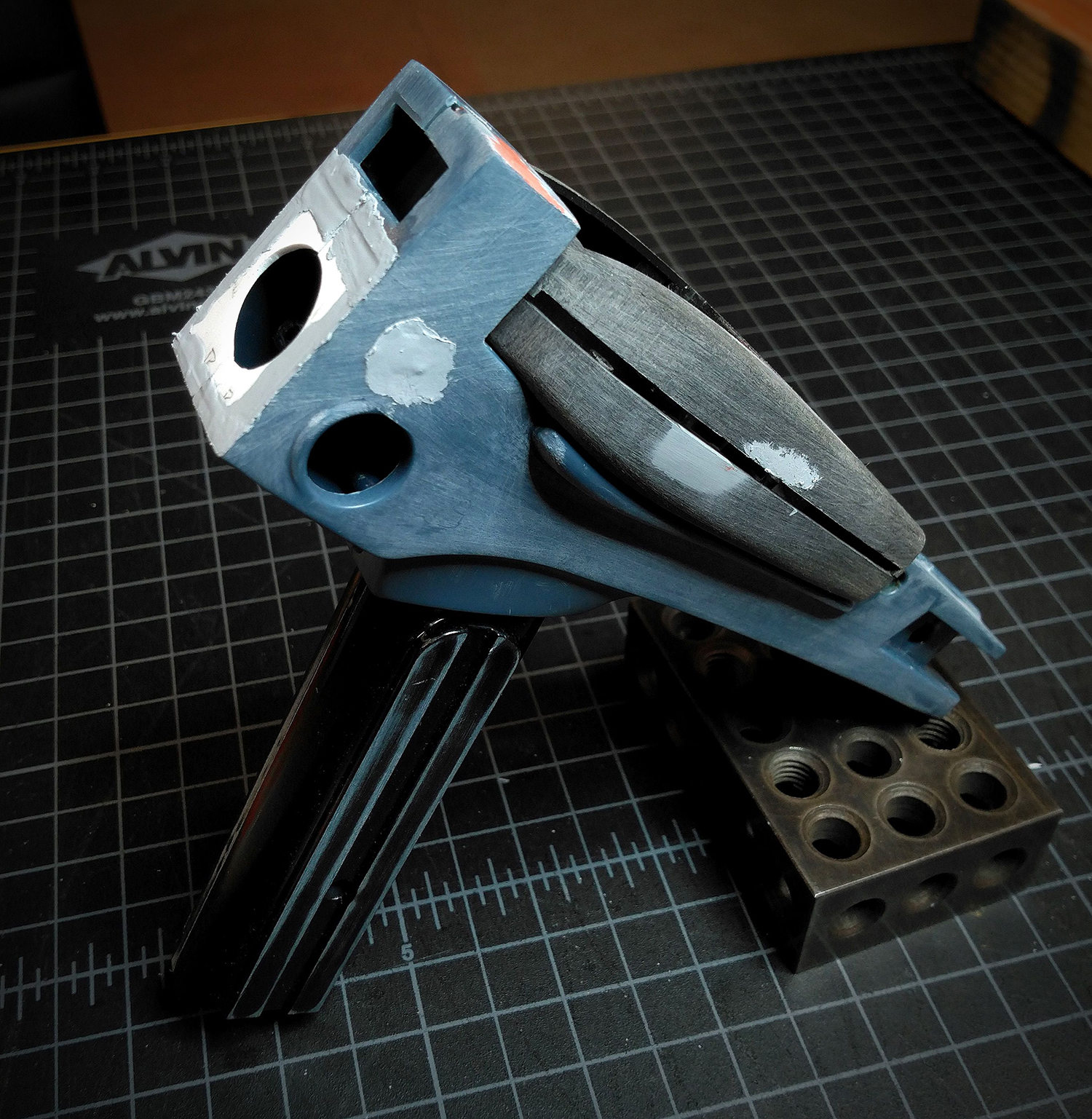 Side rails were ground off and replaced with half-round. 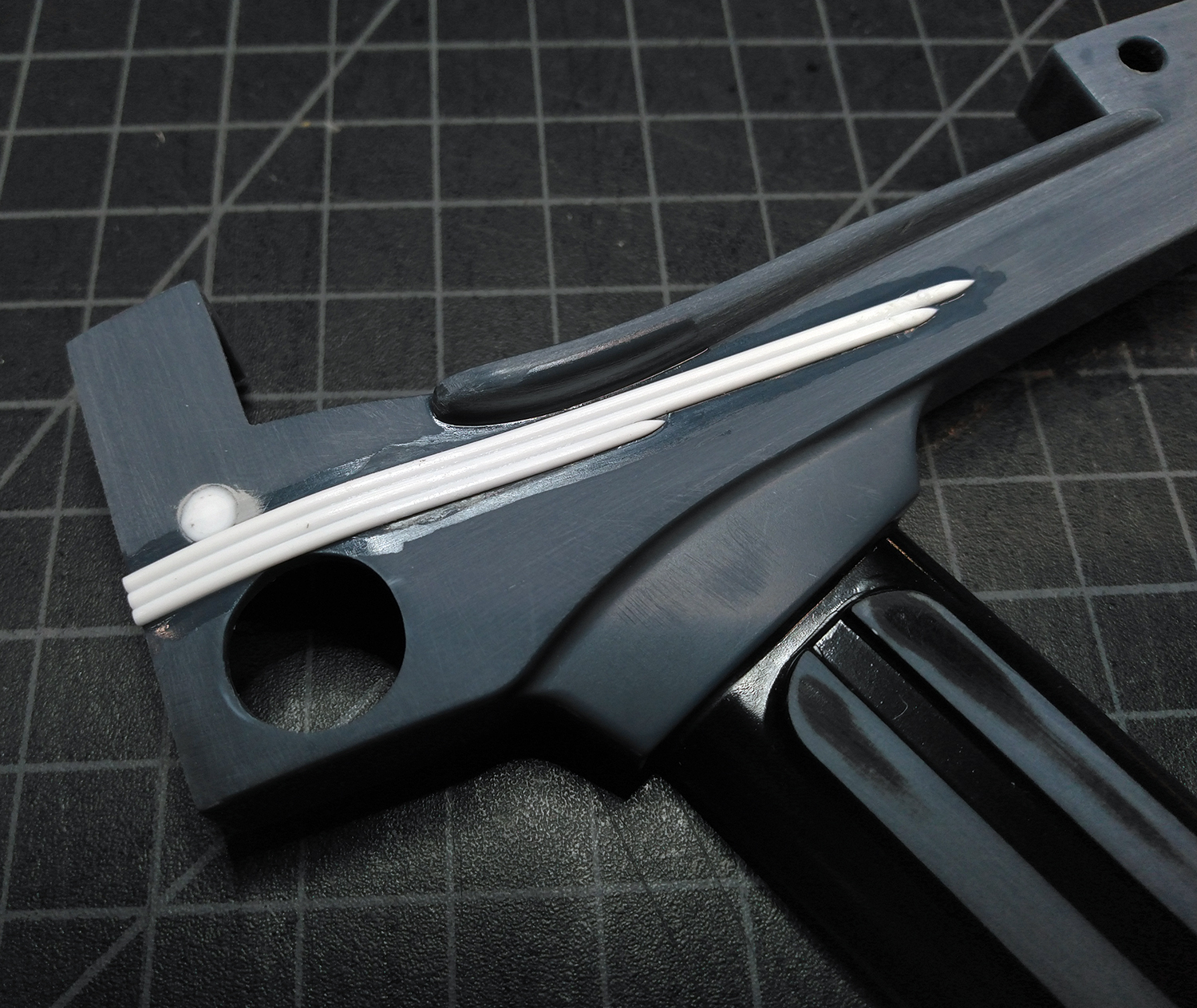 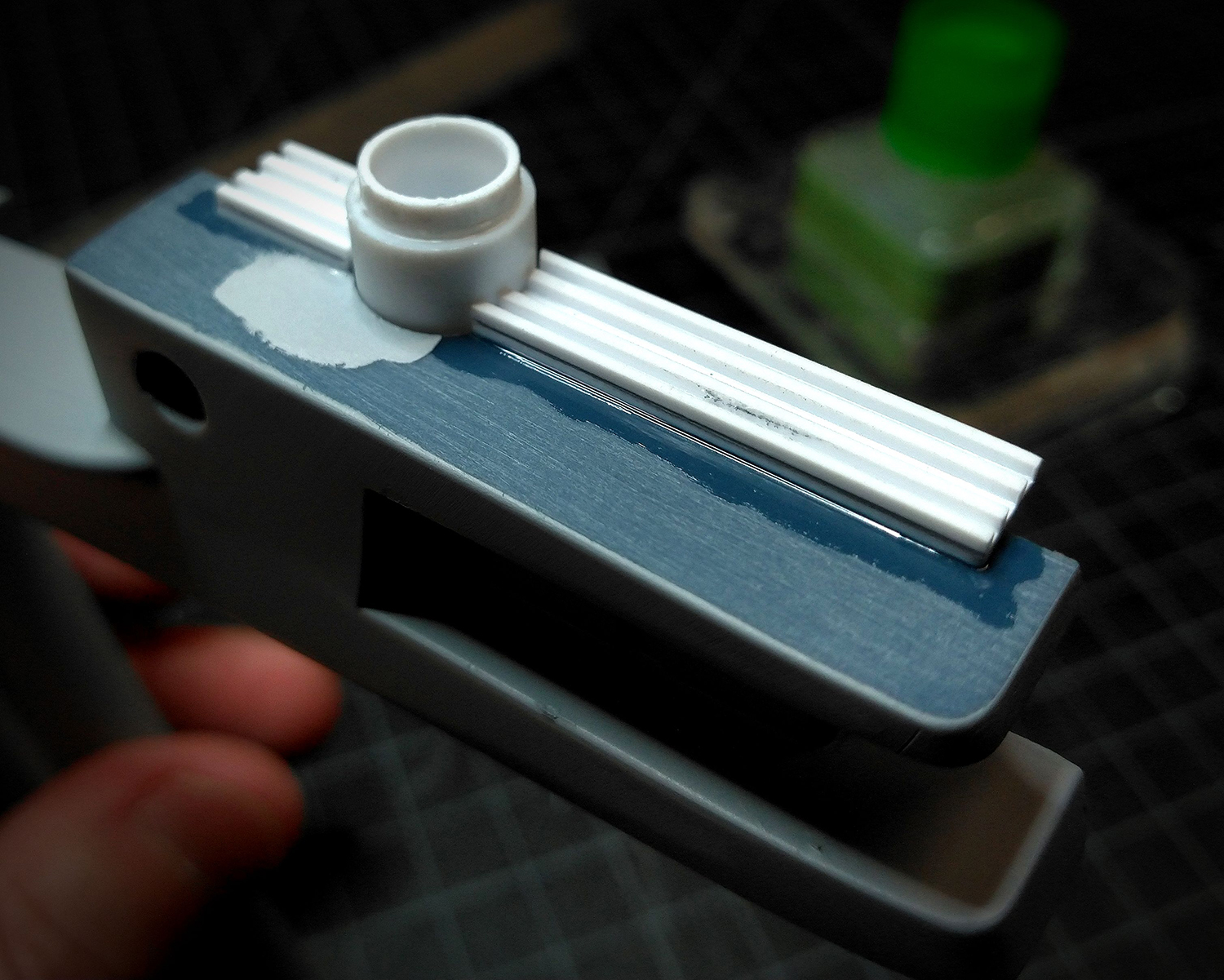 The metal parts (made by Jon Paul Lussier) were sanded and polished. 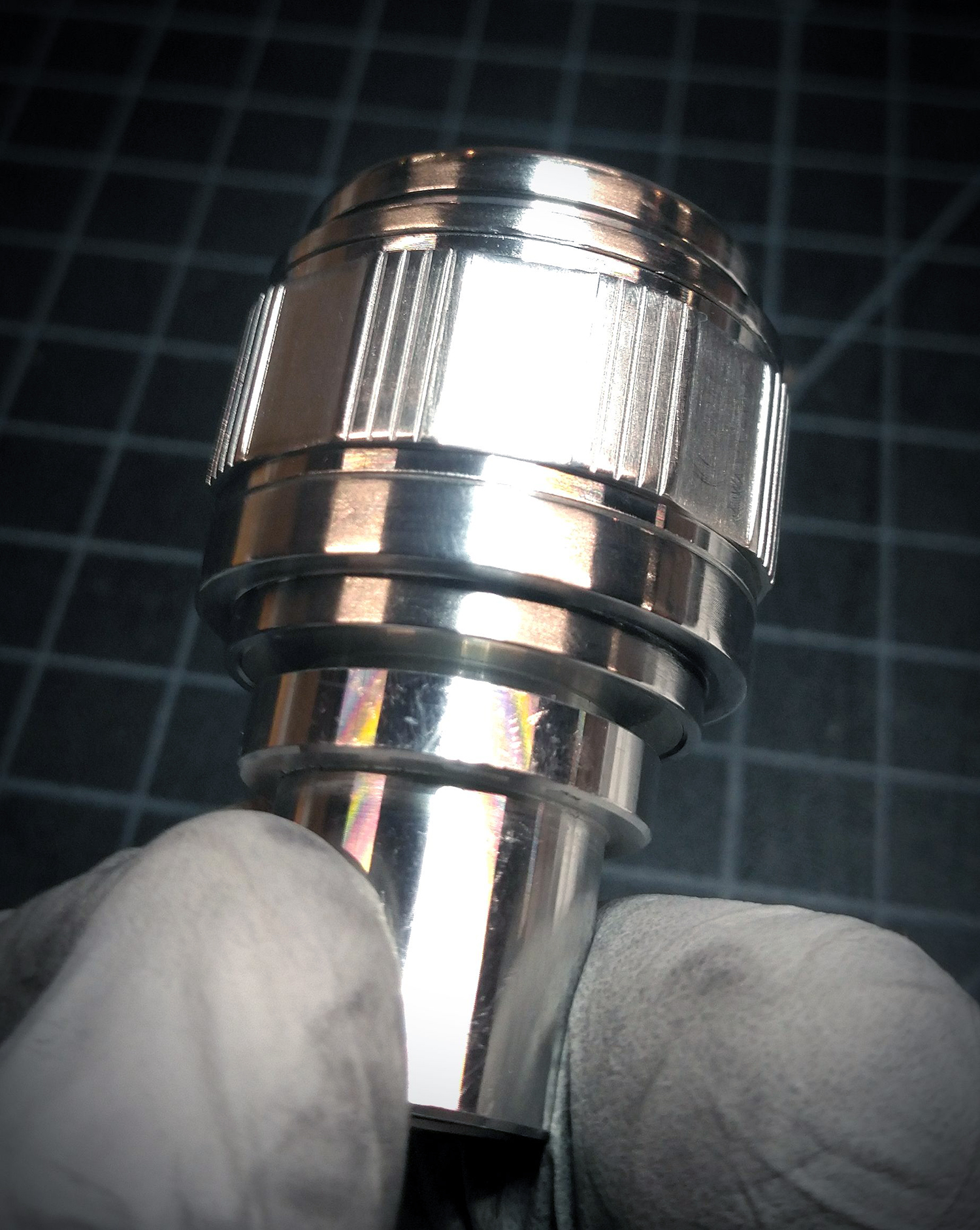 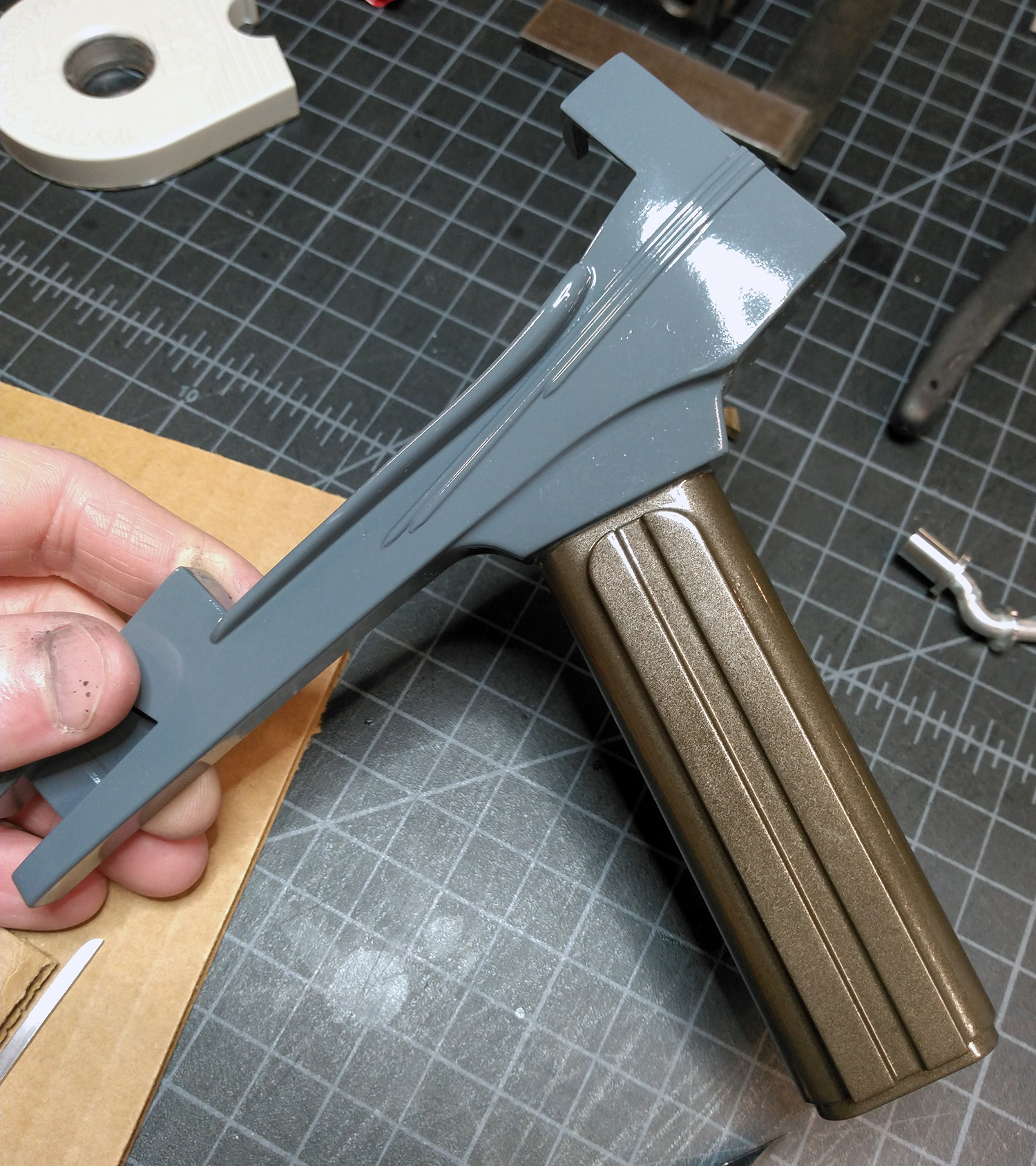 Unfortunately, once sealed with Mr. Super Clear, the "dry" paints reacted horribly to even the slightest handling. 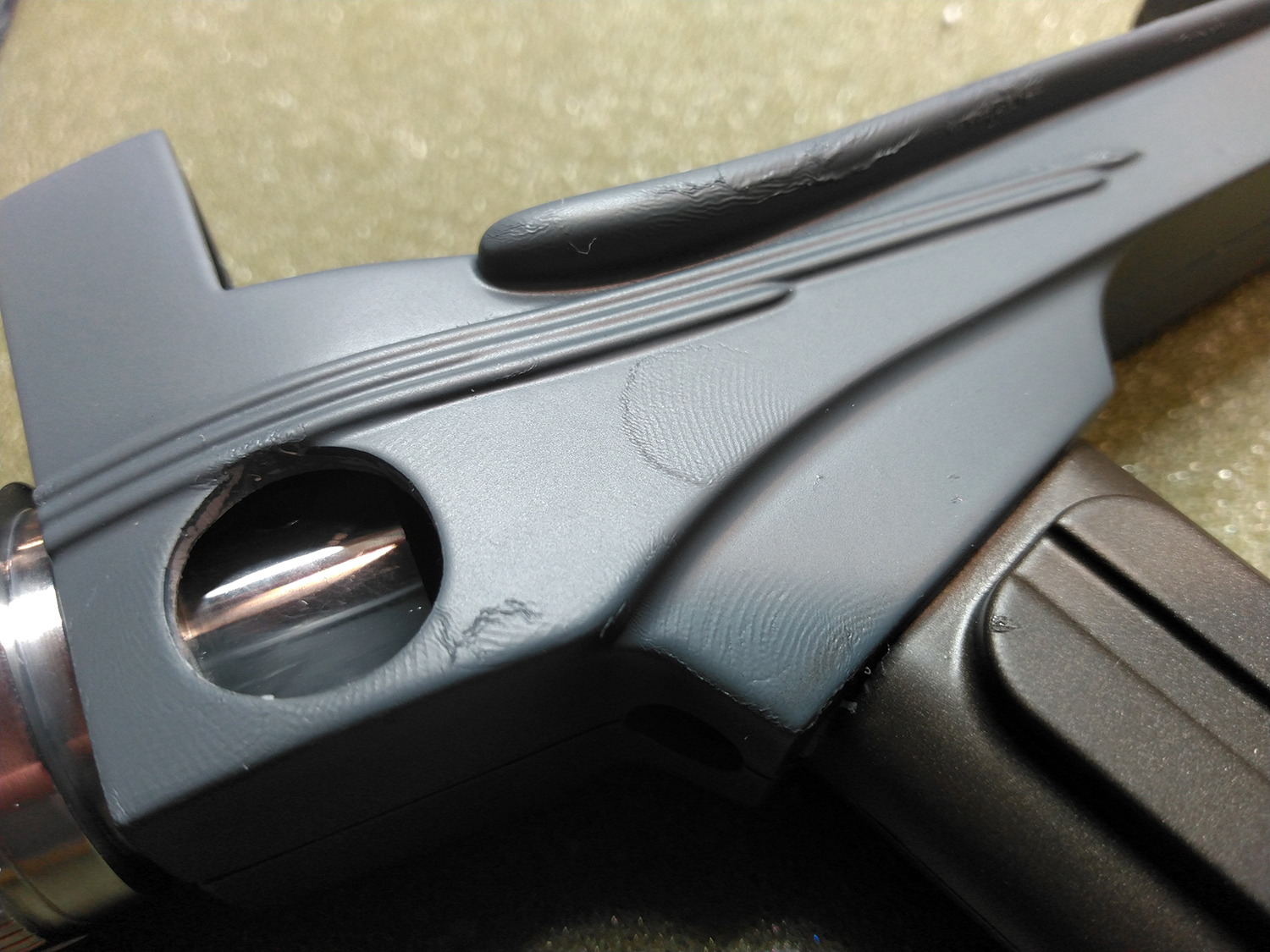 A few rounds of oven cleaner ... 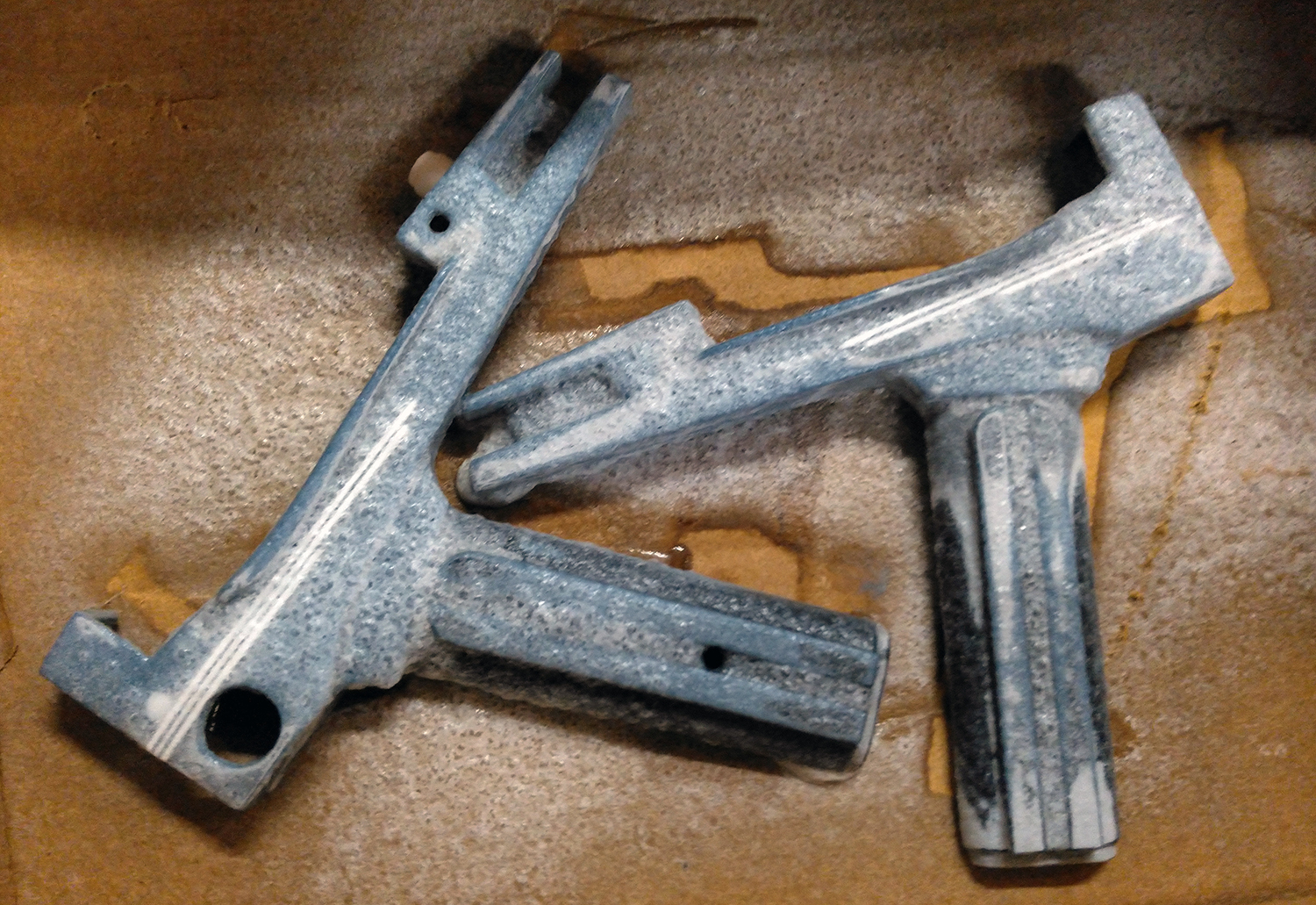 The phaser was then assembled. 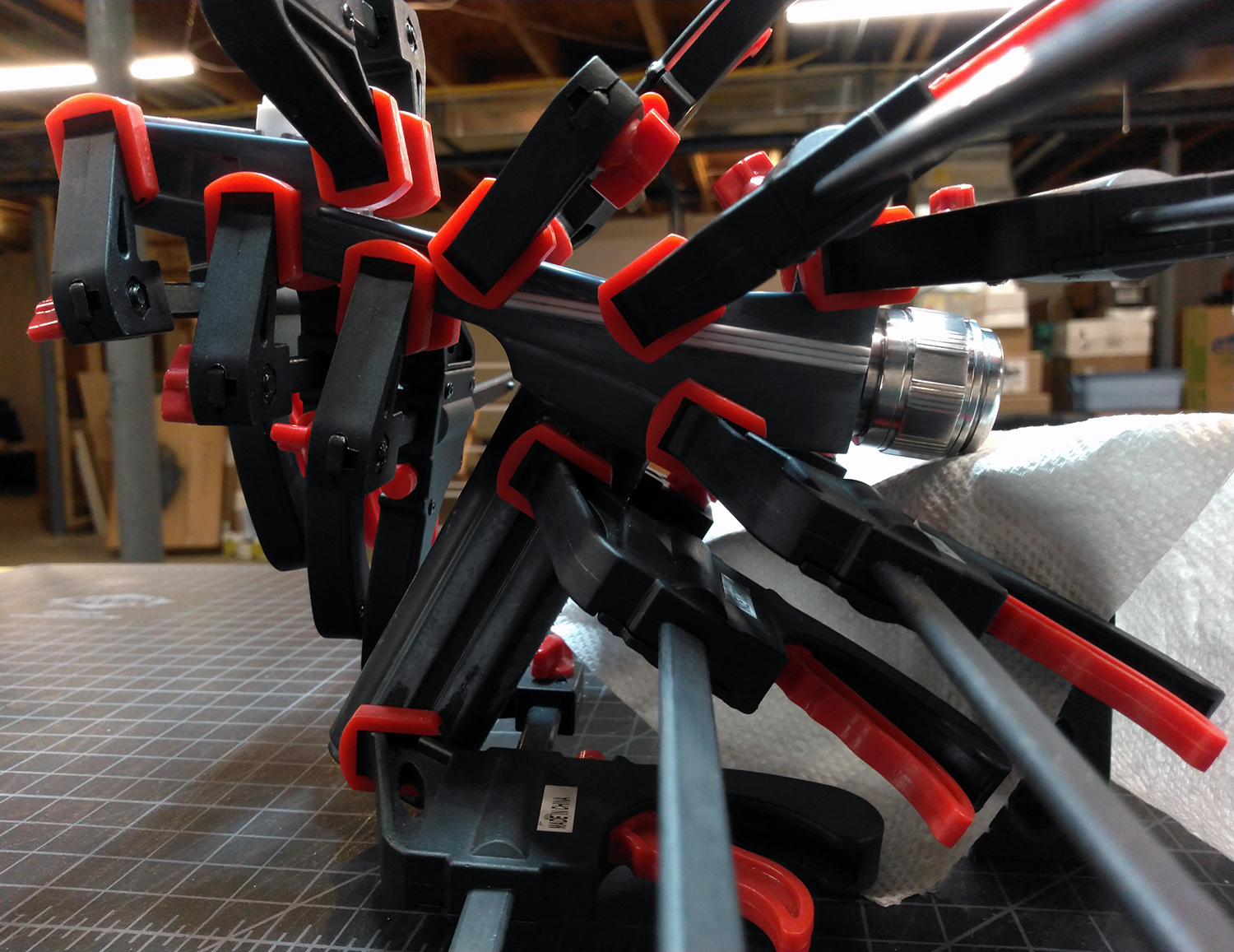 Gaps were addressed with Bondo and Tamiya putties followed by Mr. Surfacer 500. 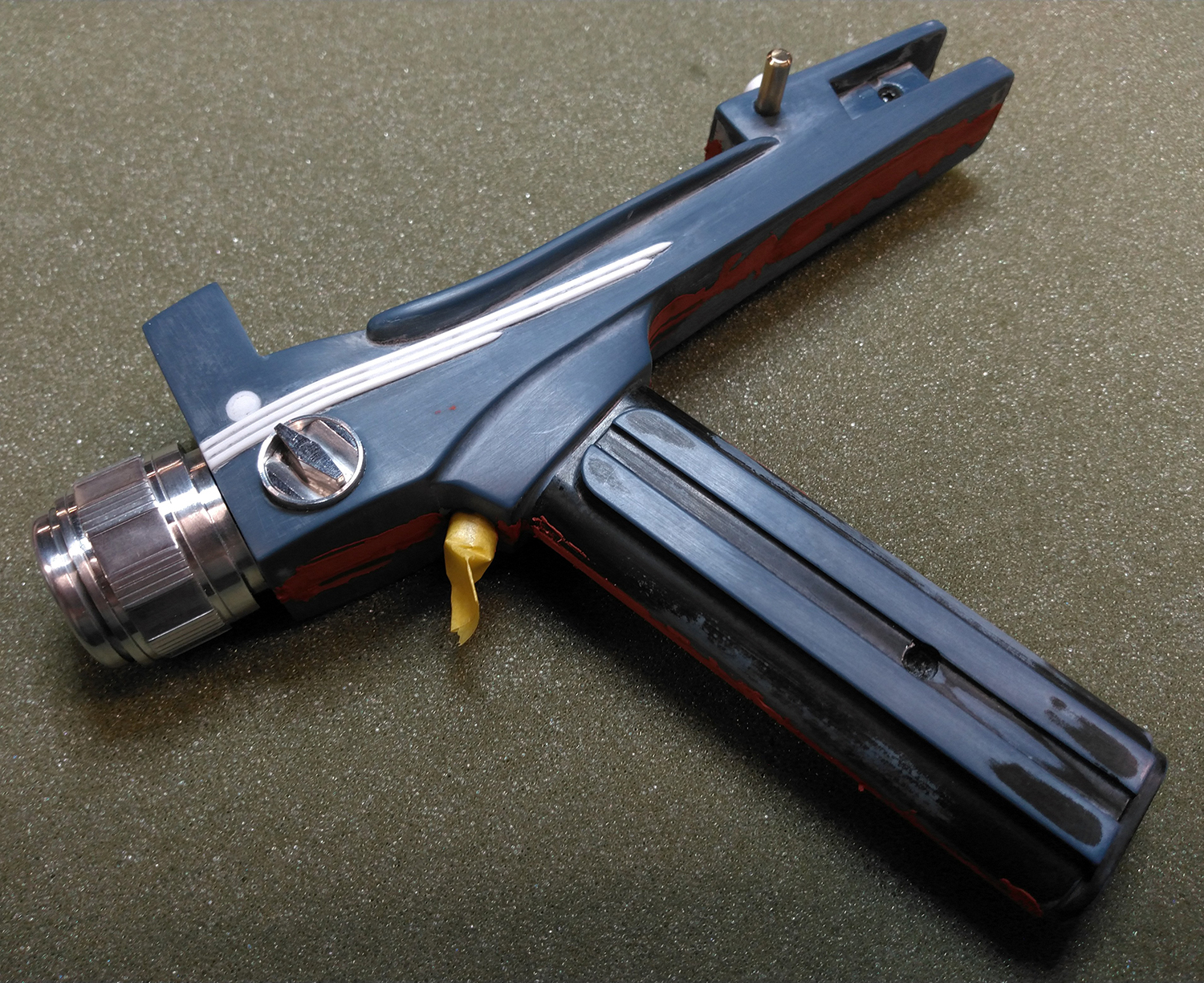 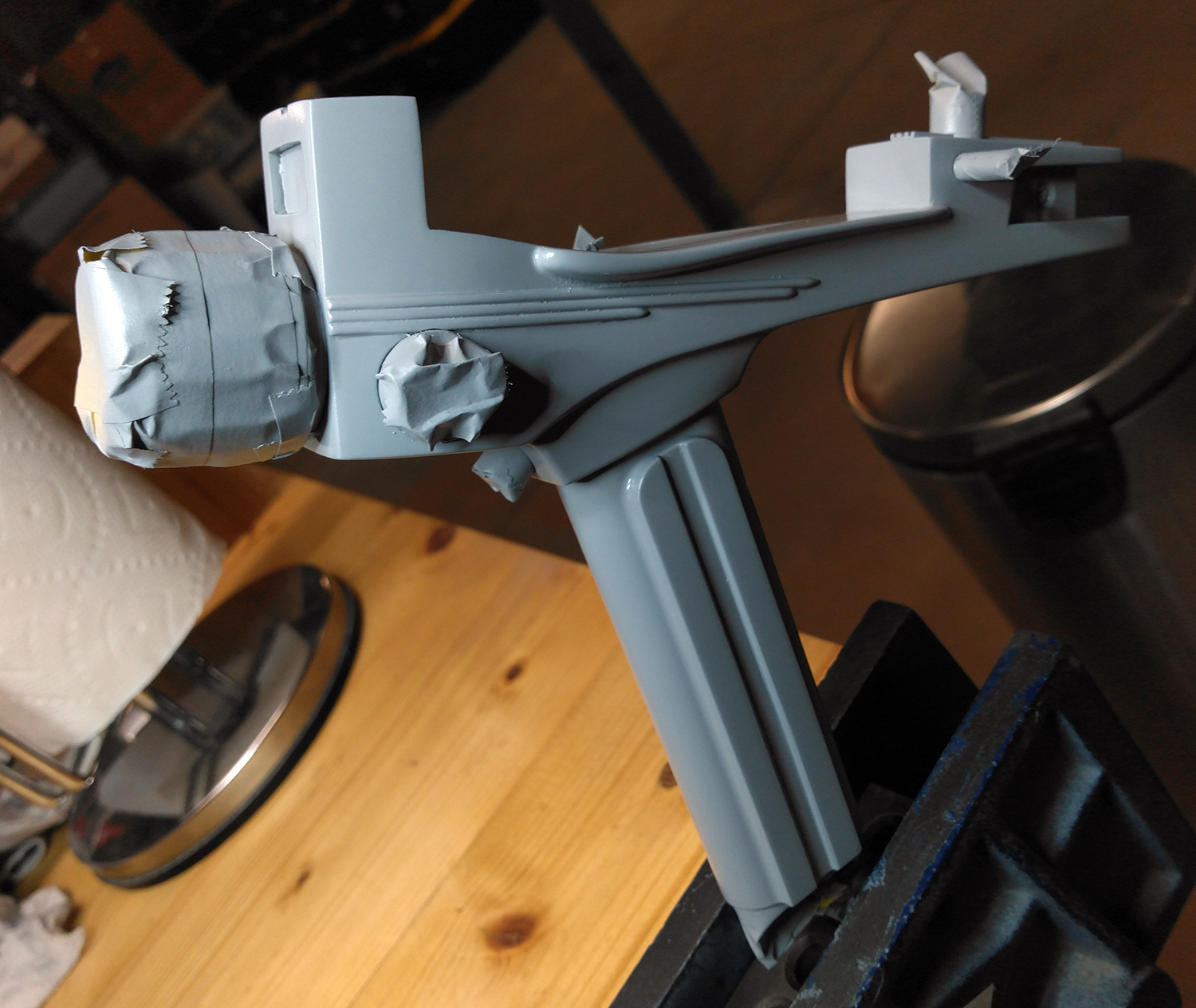 After assembly, the hand phaser had a few gaps and screw holes to cover up. 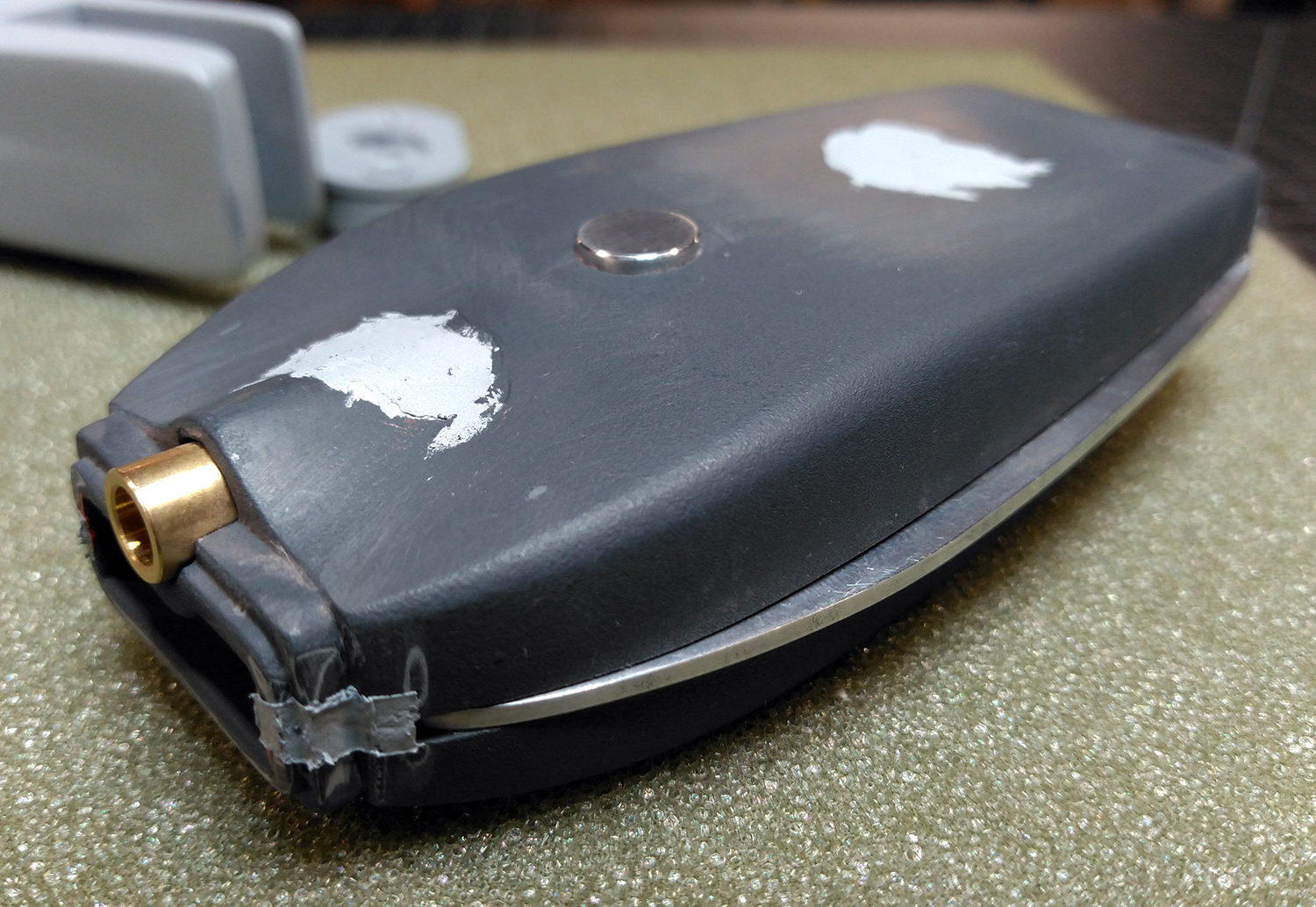 It was then masked and resprayed with Zynolyte dark grey primer. 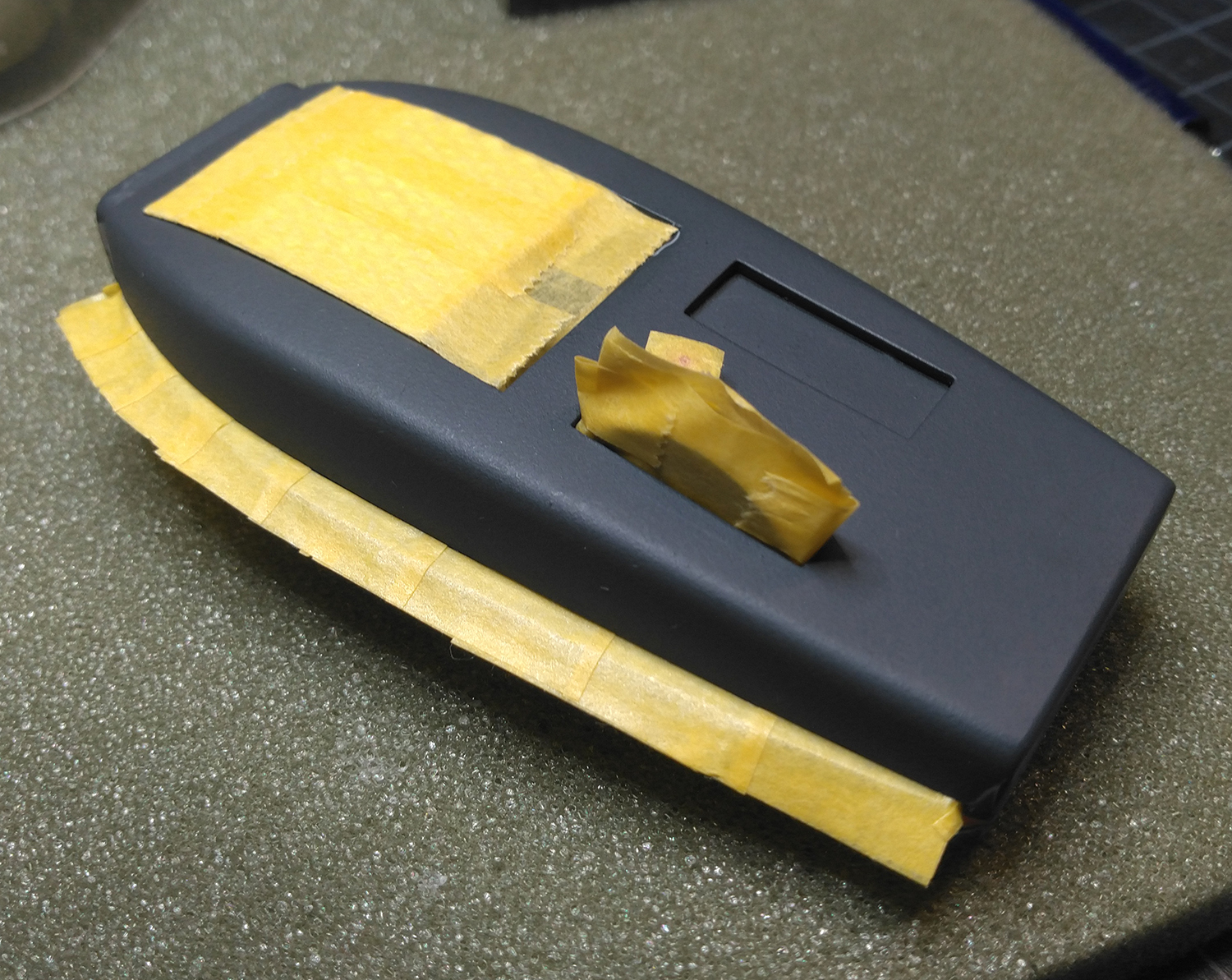 In order for the hand phaser to seat properly, I had to bevel around the switch here. 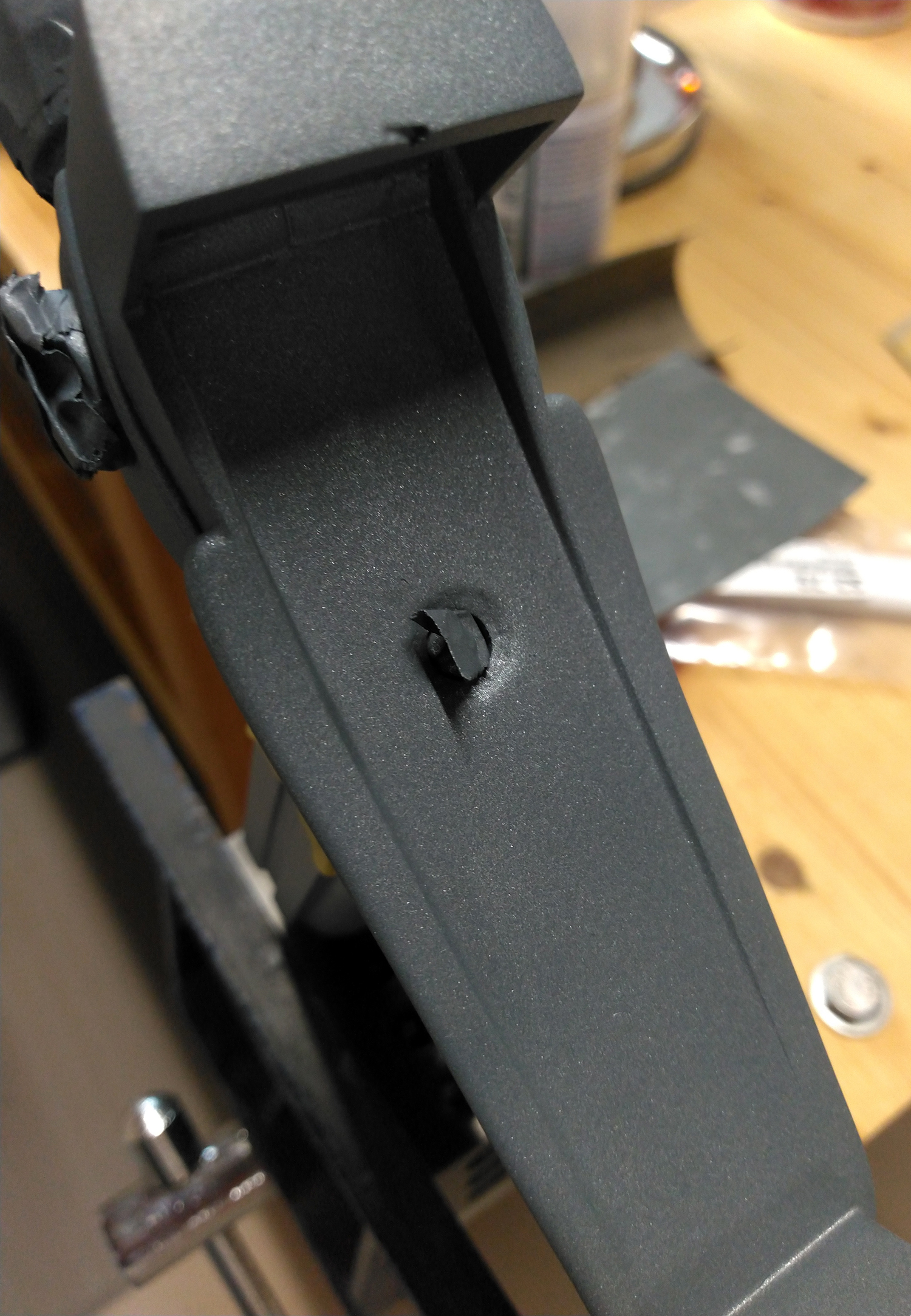 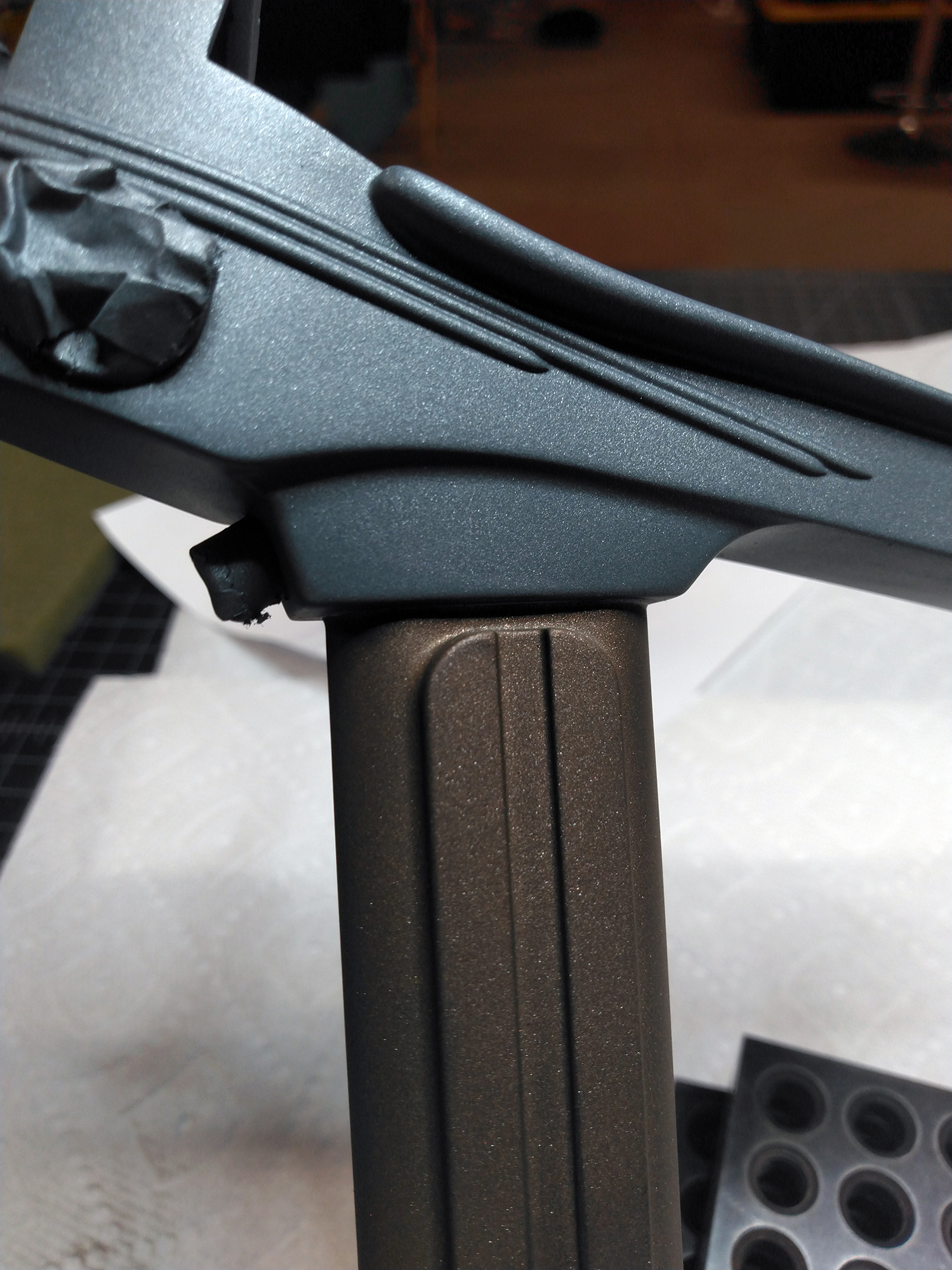 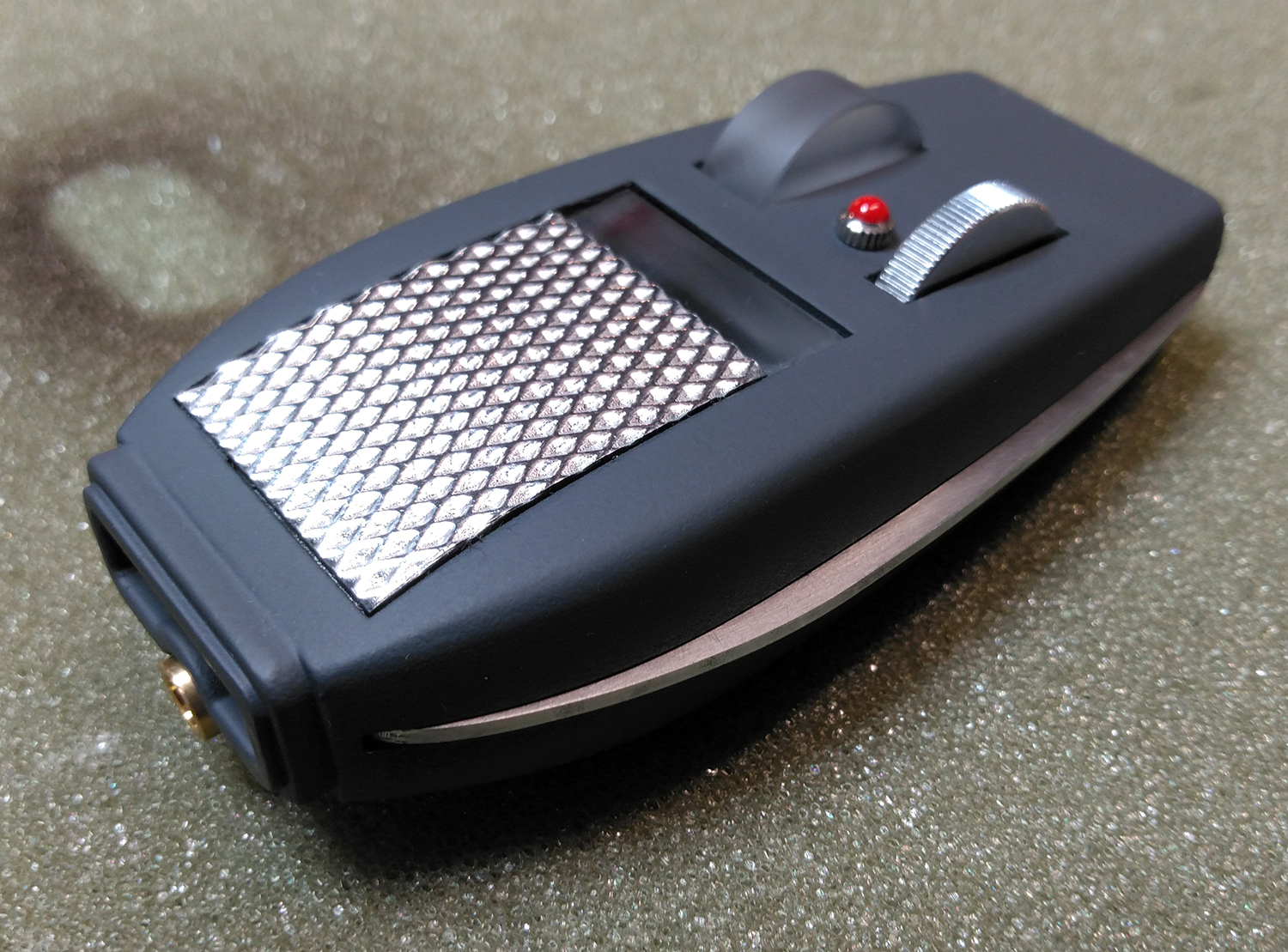 Never leave the ship without it. 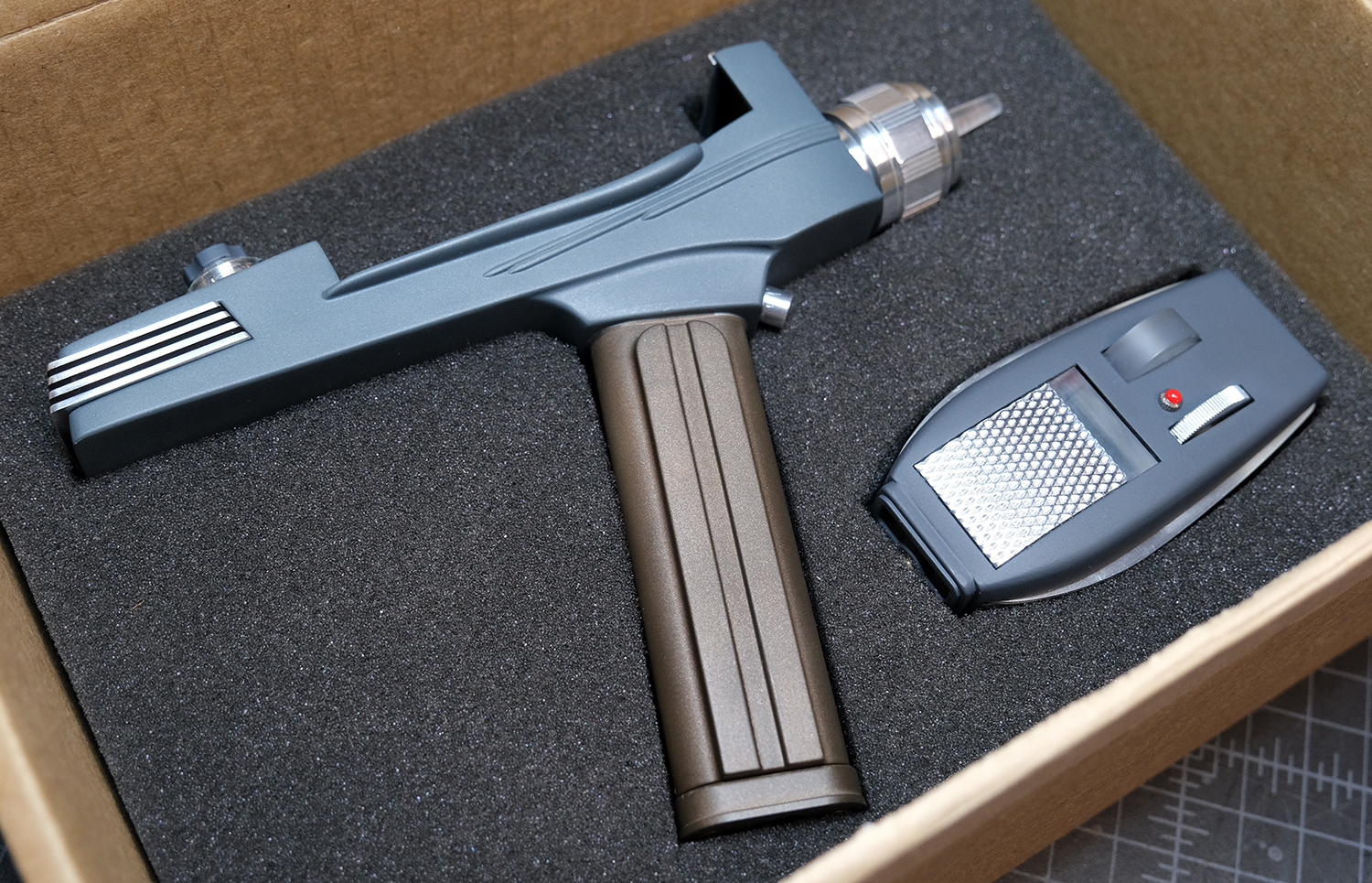 RPF PREMIUM MEMBER
Wow! I thought the toy looked pretty good before you upgraded it. Went from Nice to Amazing!

That looks really nice. Love the presentation in the foam.

Had similar issues with various paints and clear coats on my build. Ended up using Tamiya TS4 for the body, very solid paint.

Thank you, everyone! Here's a shot of the phaser "on location" during the photo shoot it was made for. 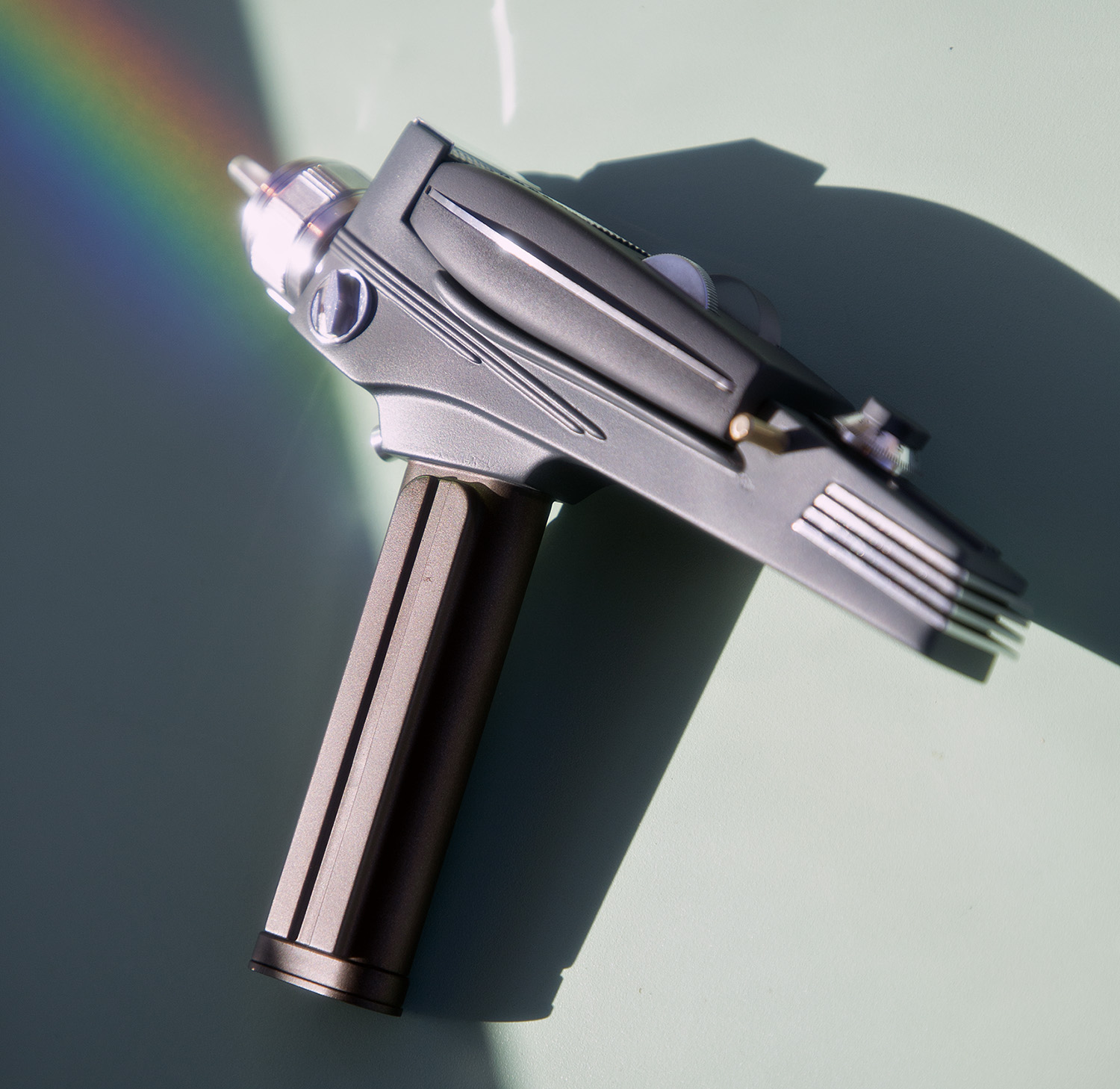