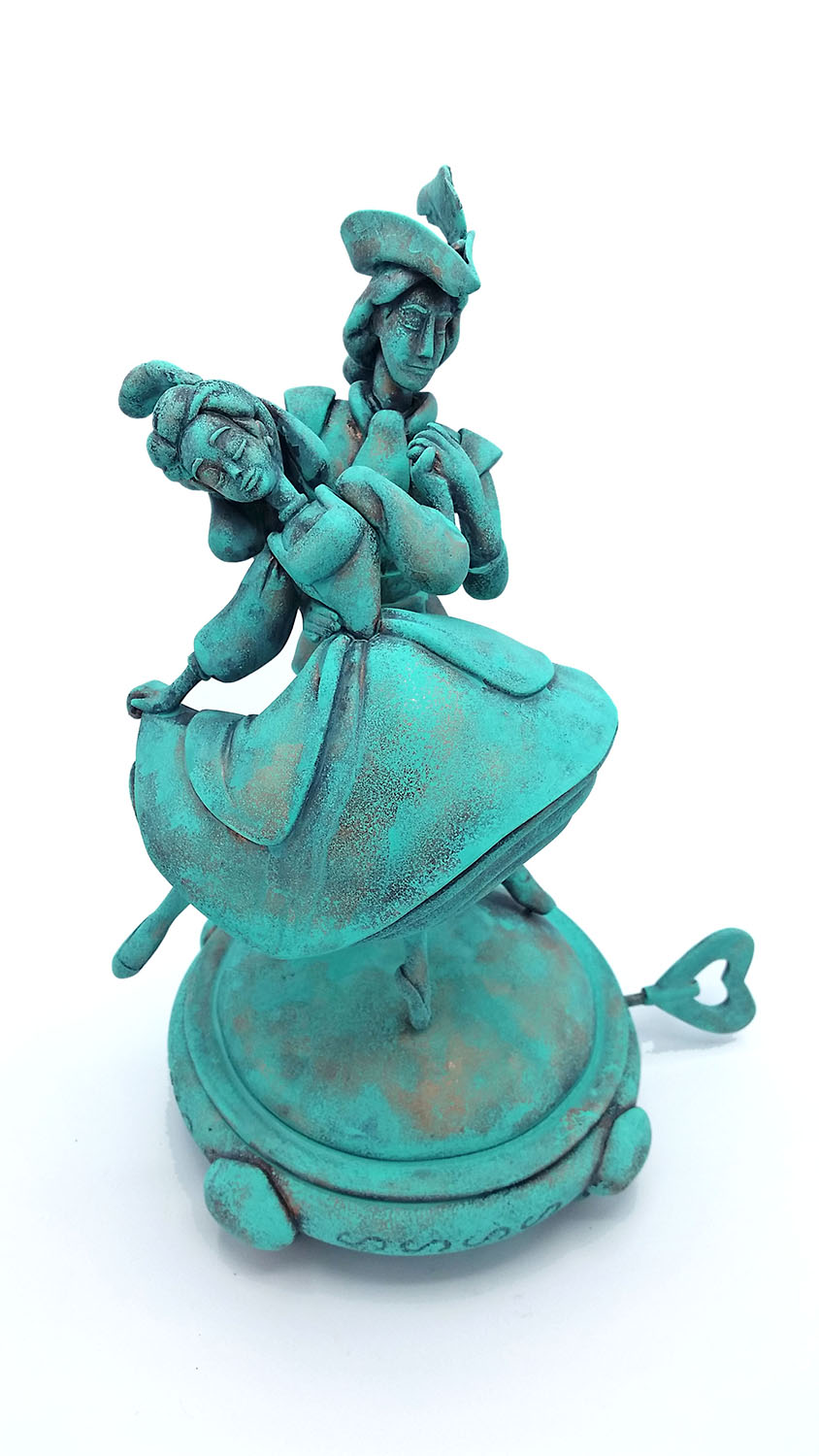 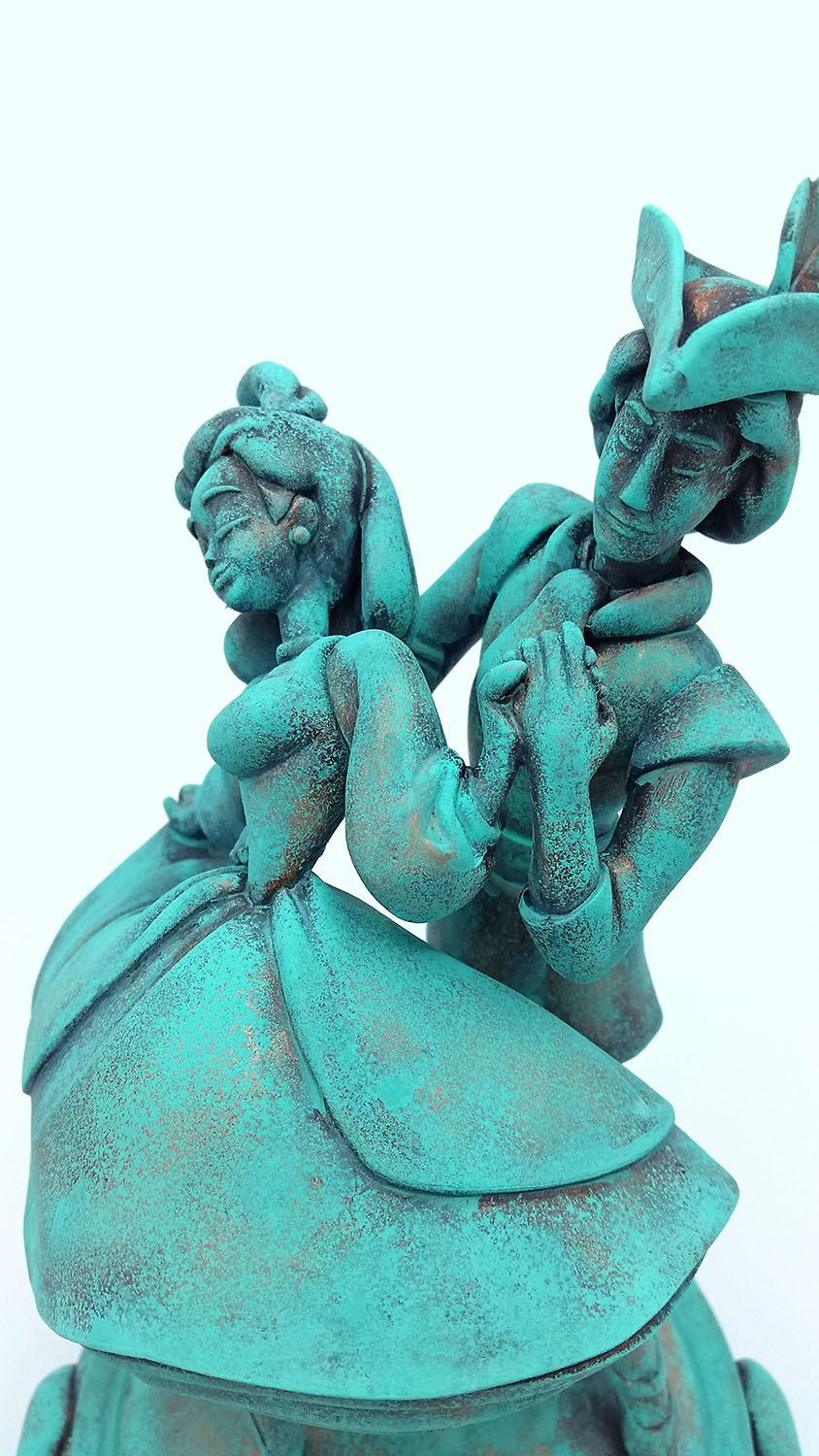 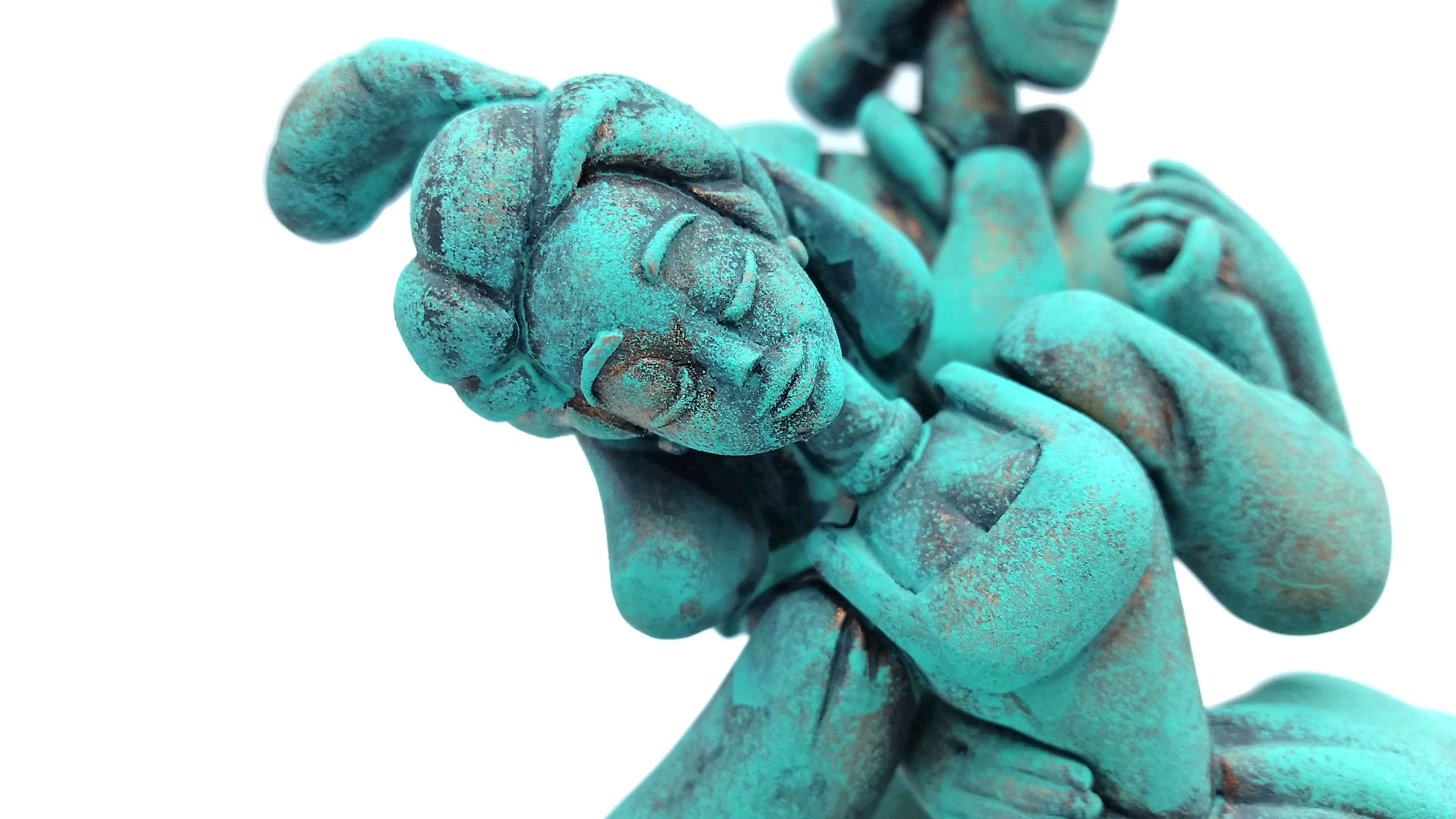 I'm back with another Disney prop. I recently re-watched The Little Mermaid and was blown away by how much I enjoyed it, I had nearly forgotten how well crafted of a film it was. I saw this music box in Ariel's Grotto during the "Part of Your World" sequence and I thought it was the perfect excuse to do some sculpting. 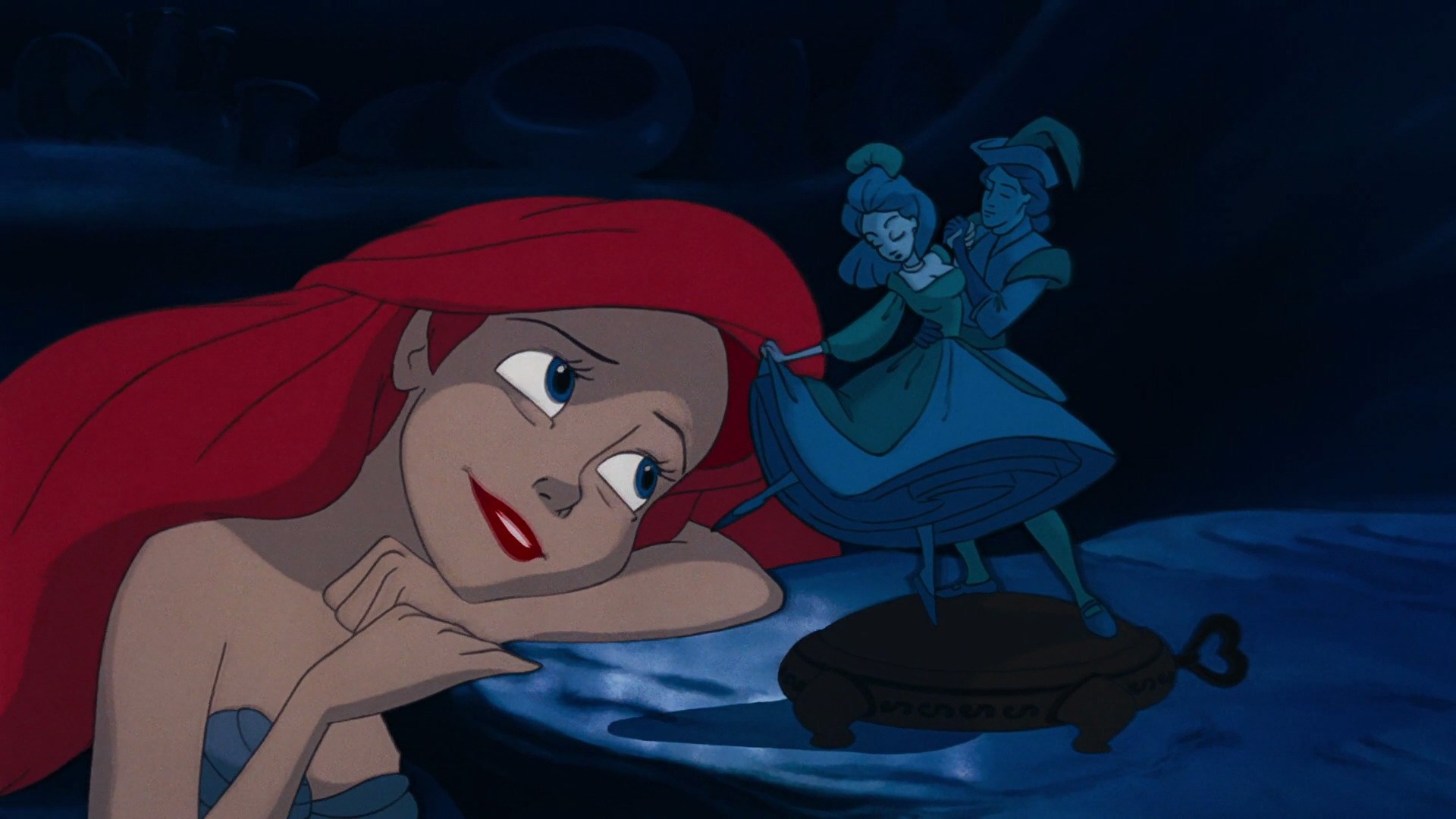 I started watching some Garage Kit Model painters on Youtube and it gave me the idea to try and sculpt all of the pieces of the figures as though it was a resin kit. The basic process was sculpting over a wire skeleton, leaving exposed wire to form pegs. Then I just had to drill out corresponding holes where needed to slot everything together. Multiple bakes were done to build up detail, for instance the main torso of the main figure was done first, then successive passes were done to add the collar, cravat, pant cuffs, etc. I used Super Sculpey Firm for everything, helped by a pasta maker I bought specifically for conditioning clay. 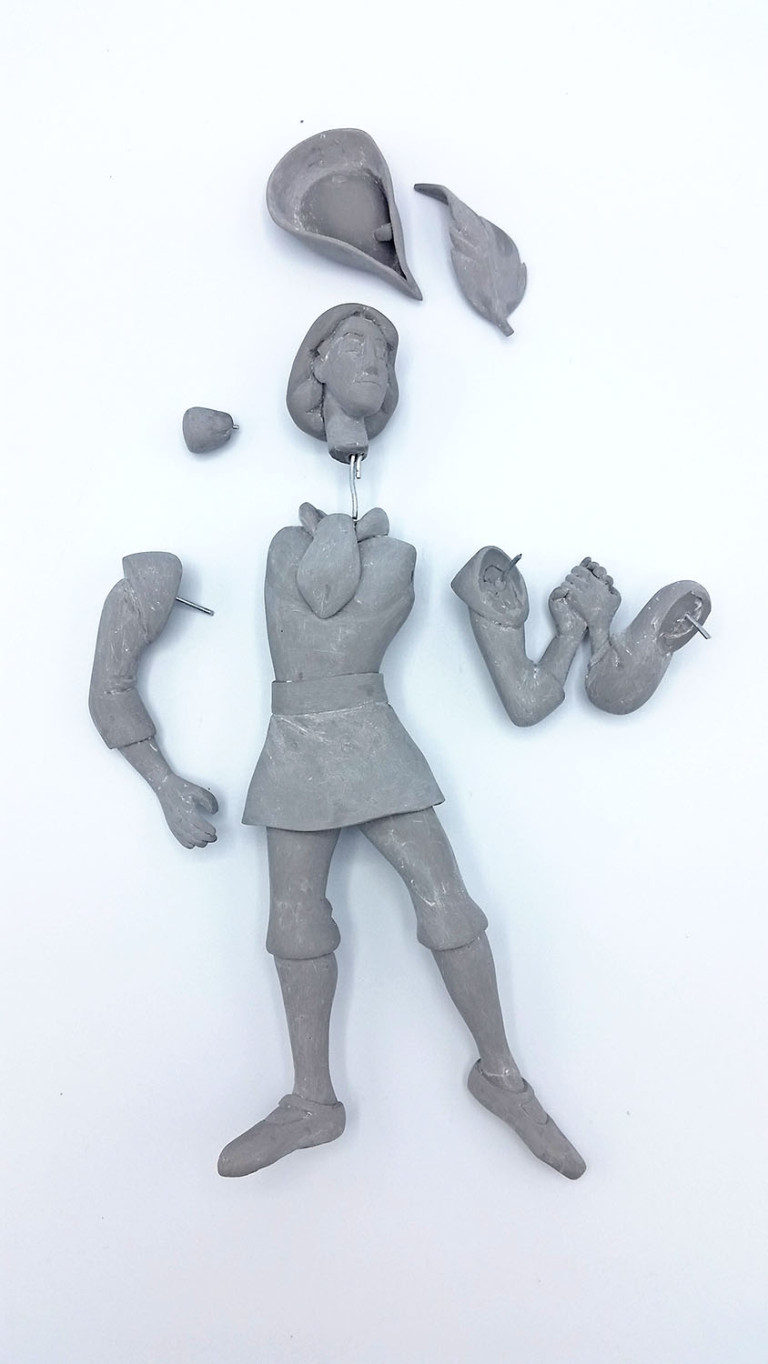 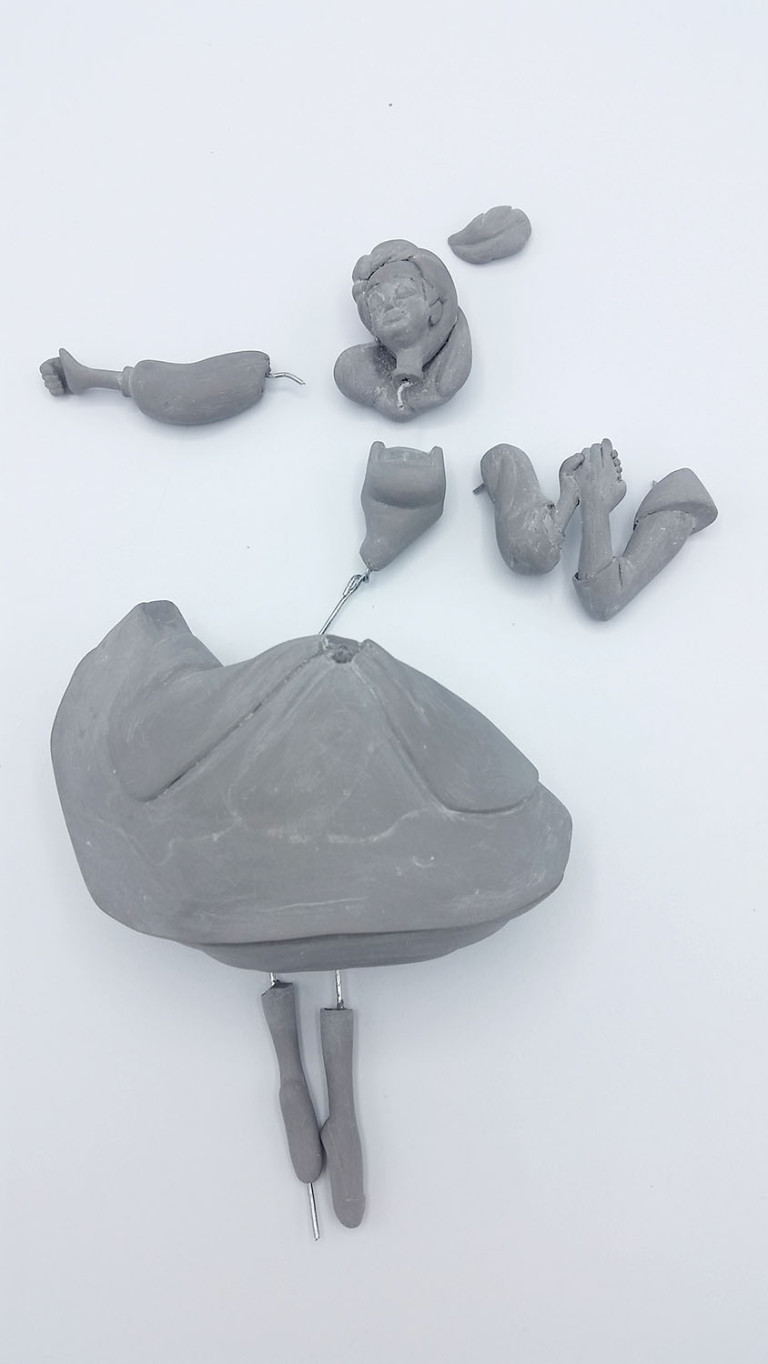 The base of the music box was done using some stuff I had laying around the kitchen... various bowls I could trace to get the shapes I needed, and a rounded candle stick I used to created the dome shape (The candlestick was metal so I was able to bake the clay on top of the dome shape. For the feet of the music box I ended up sculpting one foot and molding it with some mold putty. Then I just mashed more clay into the foot and popped out the duplicate feet, attaching each one to the music box. The inset details along the curved edge of the base was done with a dremel tool and a vinyl stencil I cut out on my Cricut.

FYI the white bits you see below are the Liquid Sculpey I was using to glue everything together, I ended up prying things apart at one point so that's why one of the base pieces looks particularily janky. 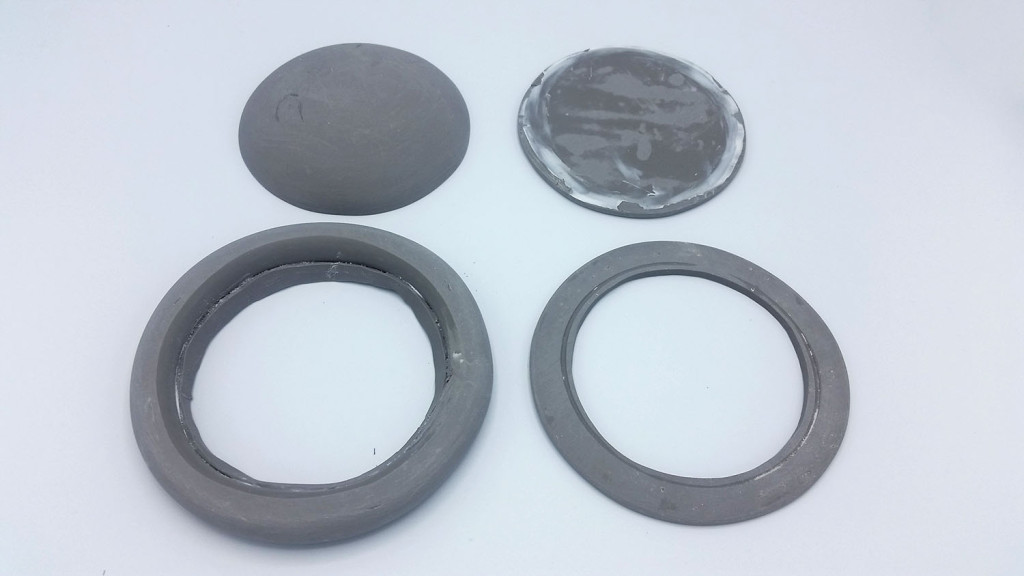 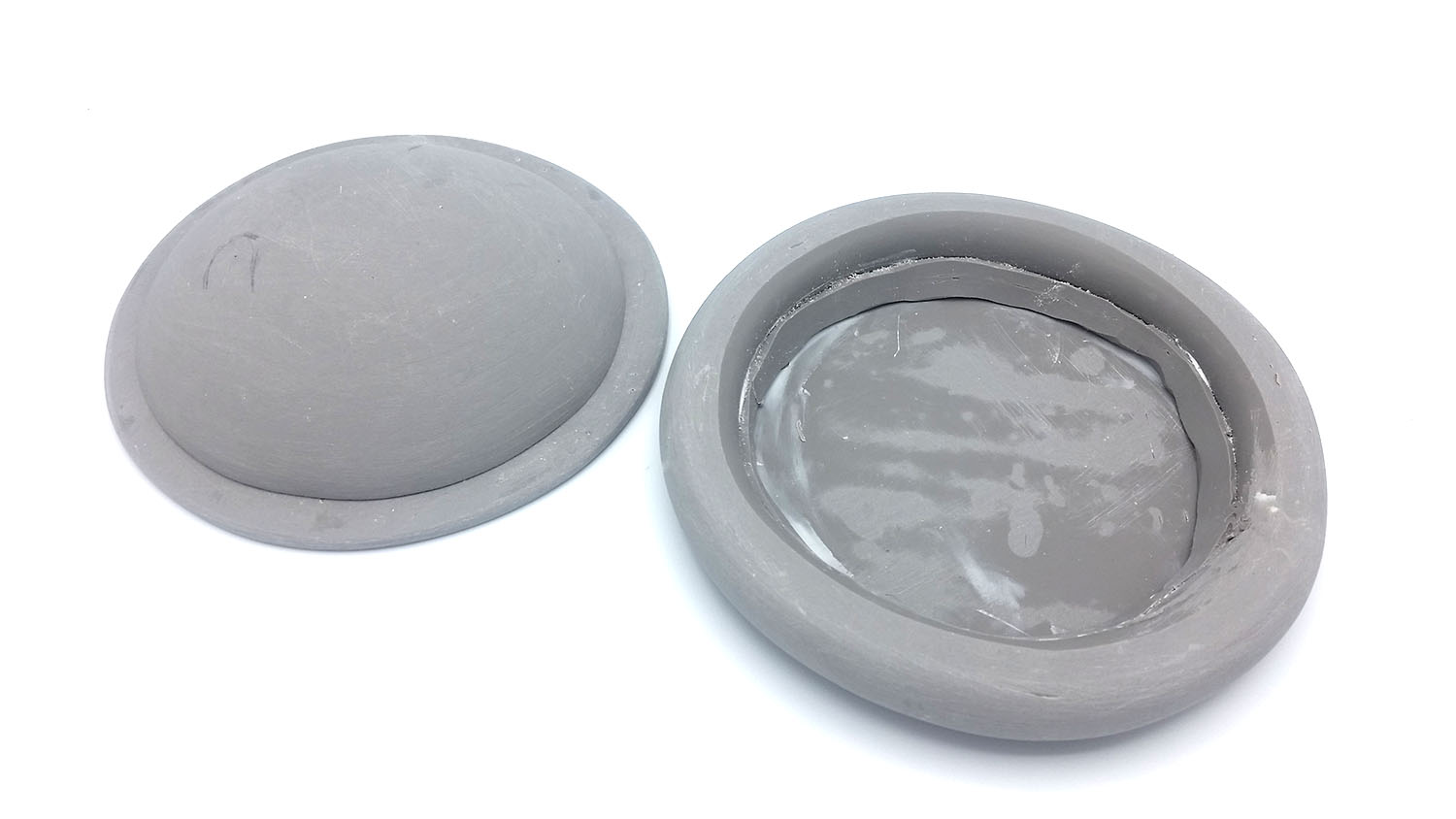 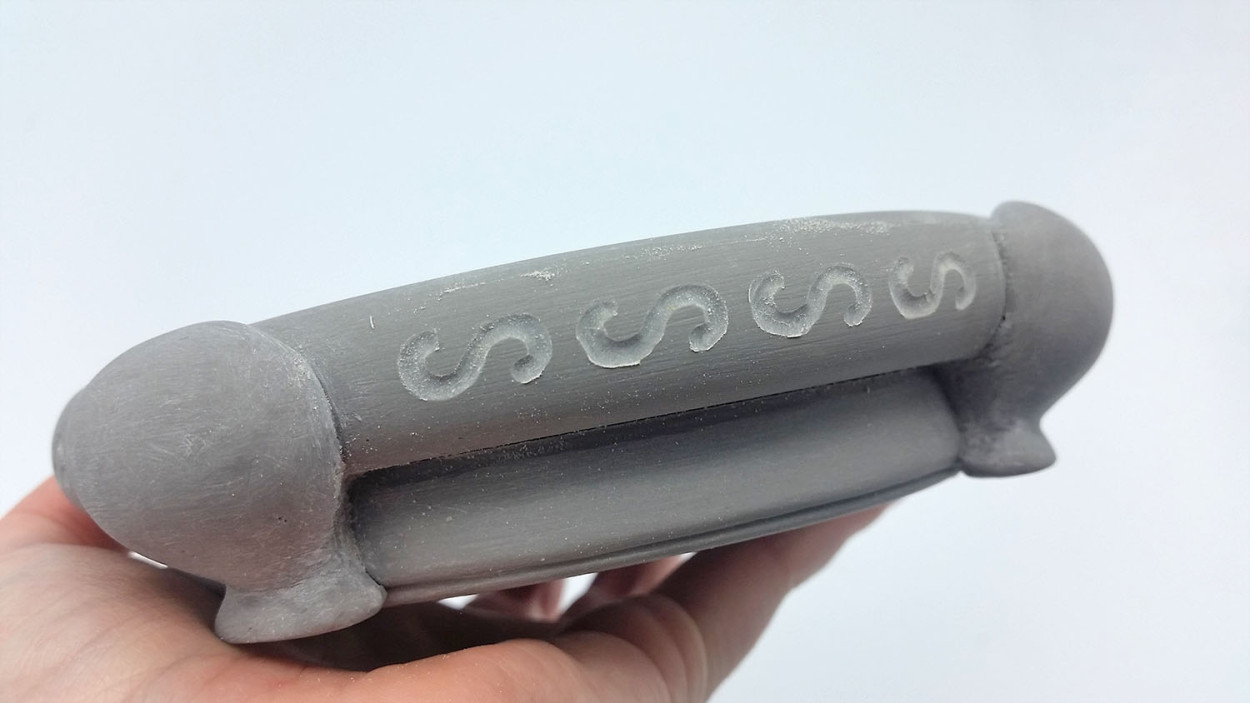 I ended up ordering a small music box mechanism from eBay that plays "Part of Your World", which I glued into the music box base. I had to alter the design of the music box slightly so that the mechanism would fit, extending the sides of the bottommost piece so that instead of resting slightly above the table surface it sits directly on top of it. The Key was made of some wooden dowels plus more clay, it's definitely not super sturdy and has already broken once. At some point in the future I'm going to have to mold the entire key in resin I think, to make sure that it can hold up to the strain of being turned. The key was attached to the music box mechanism with some wire and glue, and I also smothered the connection point with some air dry apoxie sculpt (Which I only just realised I forgot to take a picture of). 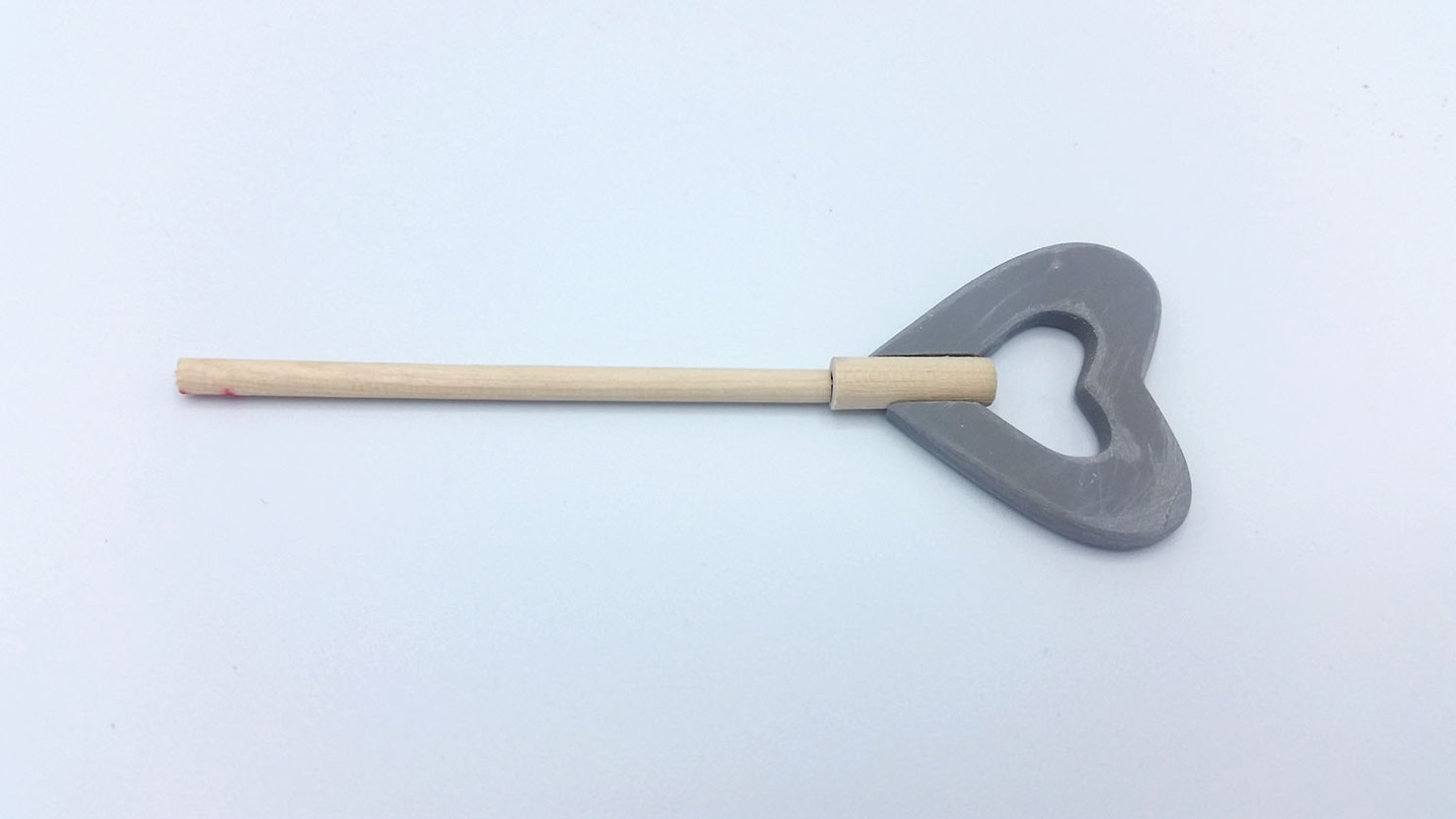 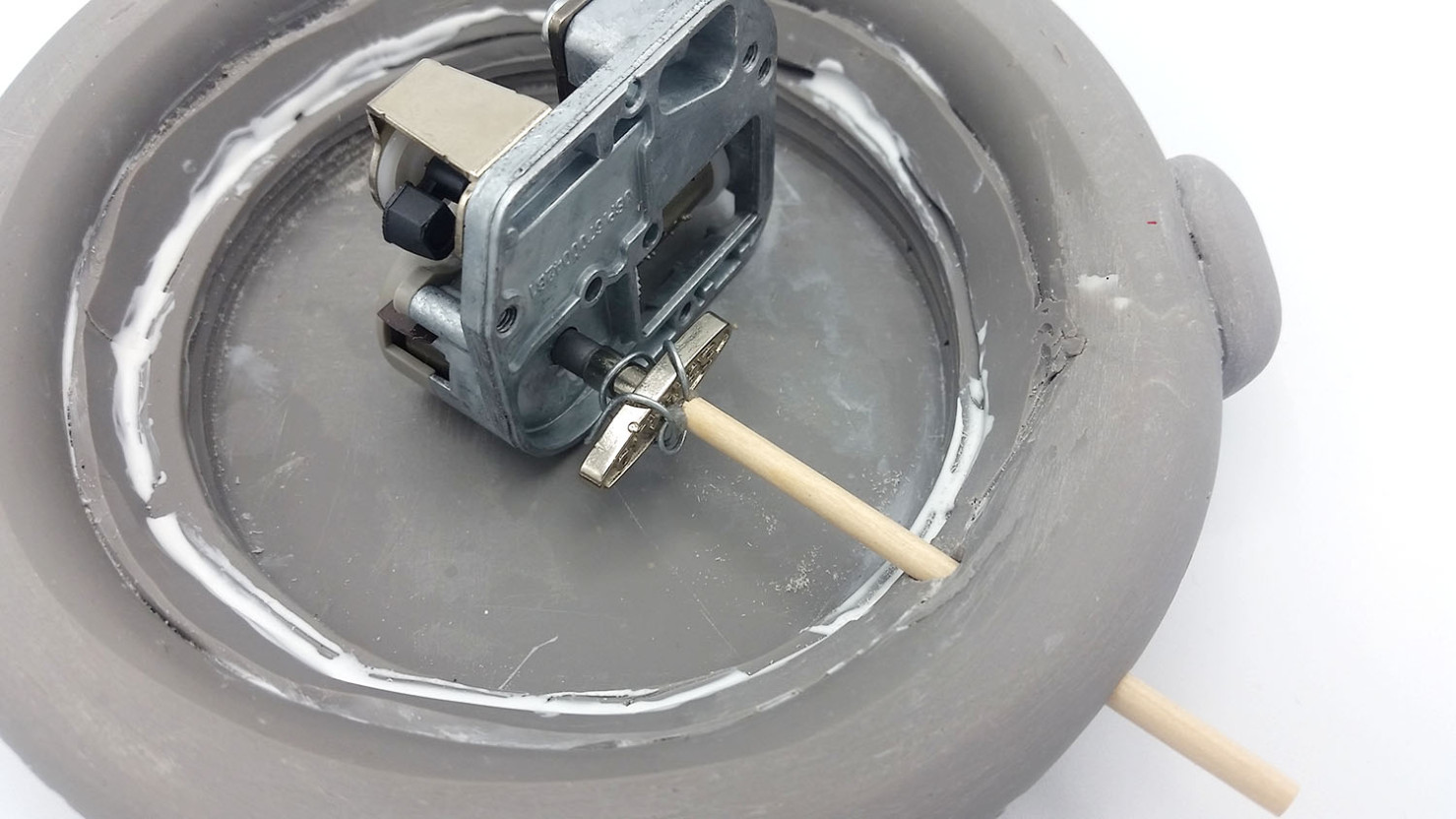 I primed the music box with some Hexflex paint (A water-based sealant recommended for sealing foam, it's what I had on hand). I then used some Autumn Gold Rub n'Buff to give the music box some shine, then went over that with a sponge and some acrylic paint to try and mimic a faux patina look. Honestly the Rub n'Buff alone looked super cool, I kinda wish I could've left it like that but then it wouldn't really match the colour of the one from the film. I'm still hemming and hawwing my attempt at patina so by all means if anyone has some ideas on how to improve it I'm all ears. 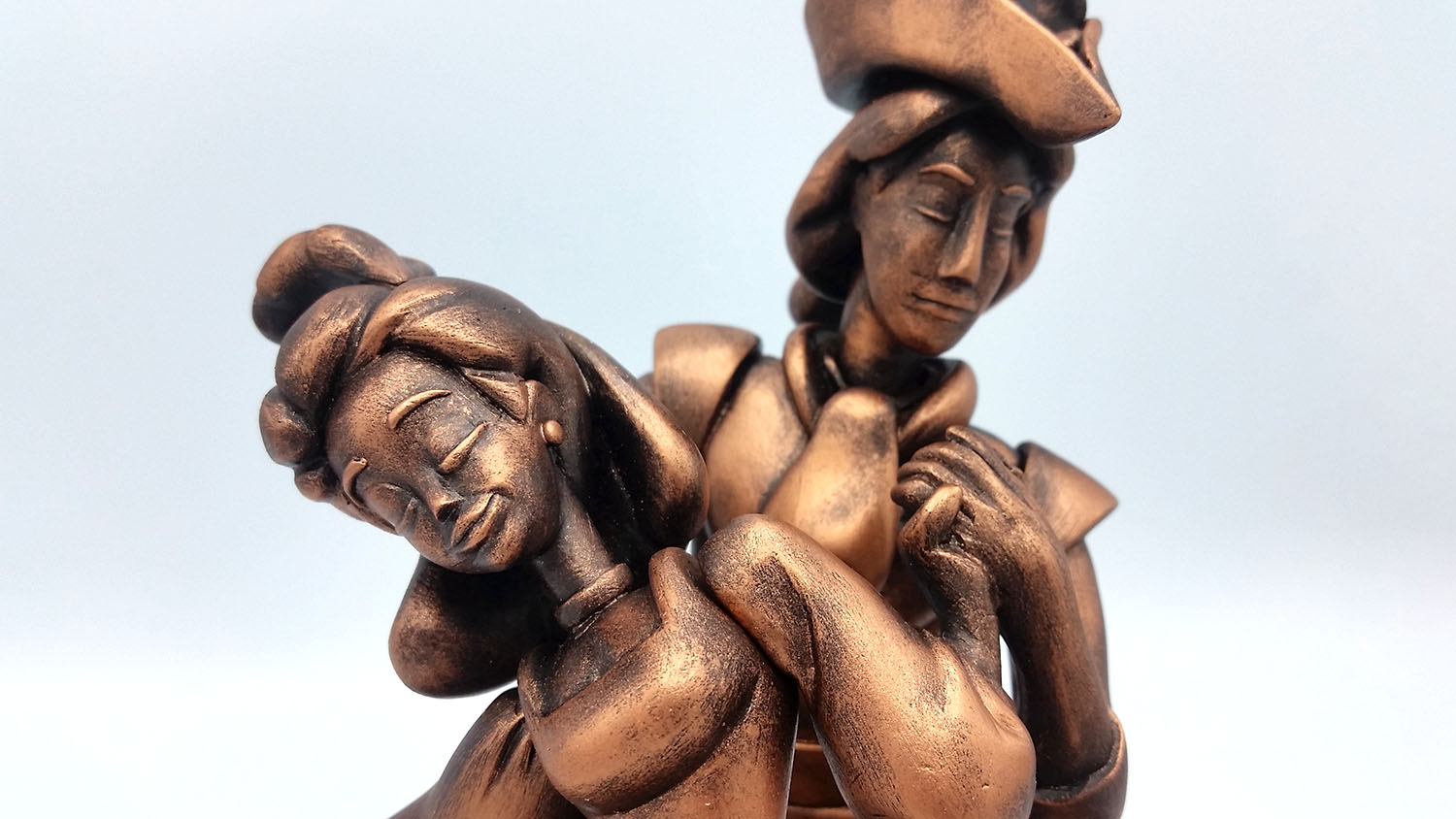 And there it is! There's definitely some inaccuracies, aside from the base I messed up the pose of the female figure a bit, she should be turned to her left a bit more and her pose is also a bit off-balance. That said this was a pretty good learning experience regarding sculpting. I'm pretty proud of myself considering this is only the fourth sculpture I've made in recent years. 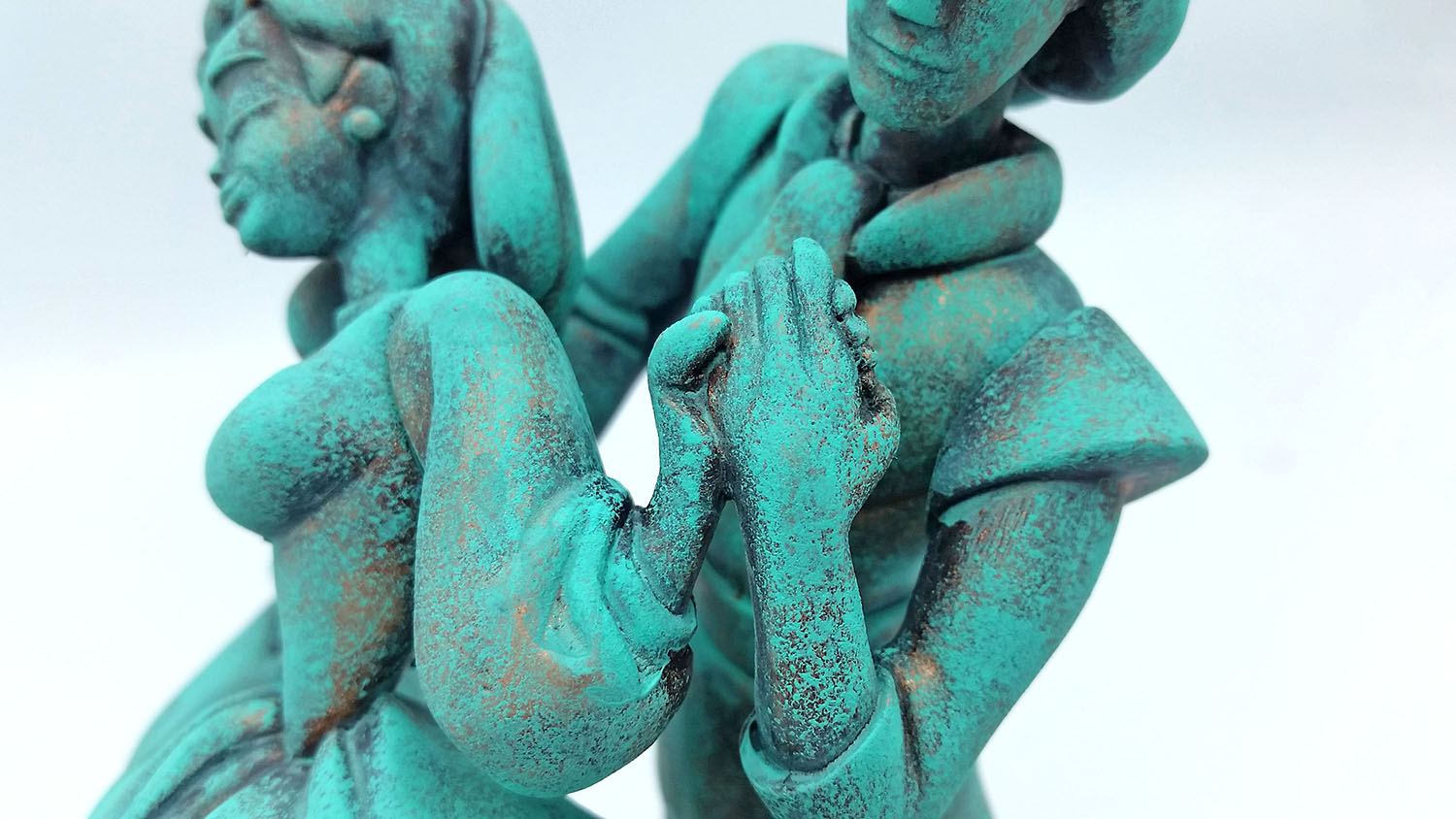 Here's a short video to show off the music box in action:

Beautiful work! It looks really good. You’ve made want to re-visit the film too!

wayouteast said:
Beautiful work! It looks really good. You’ve made want to re-visit the film too!
Click to expand...

Thank you! If you haven't seen it in a while it's definitely worth a re-watch. Beauty and the Beast still wins as my favourite Disney Renassaince film, but after this last re-watch The Little Mermaid is right on it's heels.
T

omg! do you sell your sculptures?!

Fantastic sculpt and the paint is A+ also

Teddyy said:
omg! do you sell your sculptures?!
Click to expand...

Thank you! Unfortunately I don't, this one was done with Super Sculpey and I doubt it would survive the trip in the mail.

I'd like to get into 3D modelling/printing at some point though, if I do I'd like to maybe try and remake this so that it could be printed. If that ever happens I can let you know!


joberg said:
Fantastic sculpt and the paint is A+ also
Click to expand...

Thank you! I was a bit unsure if my paint job was convincing so I'm really glad to hear that!

Thank you! I'm finding it really enjoyable, a lot of times the 'prop' in an animated film changes from scene to scene (At least in the traditionally animated films), so it can be a bit challenging trying to figure out how to replicate. If you can pull it off it's really satisfying. It's more about capturing. I've got my eyes on a few other Disney props that I'll get around to one day (Plus some other ones I've already completed that I really should get around to posting on the RPF here...)

Dr Who 'The Moment' Box