Any love for Moana and the Heart of Te Fiti?

Howdy all, just introduced myself in the new members thread and I'm super excited to share one of my first replicas.

My girlfriends birthday is coming up and Moana is her favorite of the animated movies. So I got to thinking and really dove into the legend behind the story that makes the movie. It's really fascinating when you get into it. Anyway, being that it's one of her favorites I thought she might like her own Heart of Te Fiti. 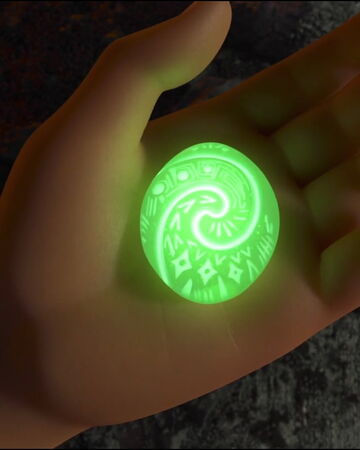 I consider myself a jack of all trades but have never carved or cut stone so I knew this was going to be an adventure, and I'm trying to do this without breaking the bank.

I watched any scene with that stone in it multiple times in all different speeds, and picture settings etc. After I was finally convinced I had a good enough image of the stone. Once I had a good one I used my trusty rarely used surface pen to trace all of the glowing lines. 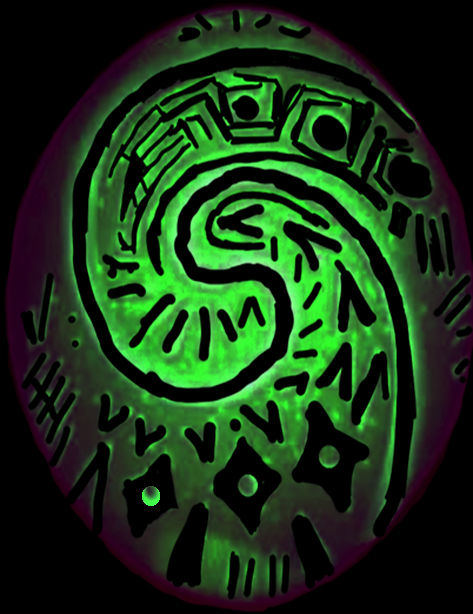 Printed out a number of copies including reversed ones. My drawing skills aren't so great and the stone is pretty opaque. 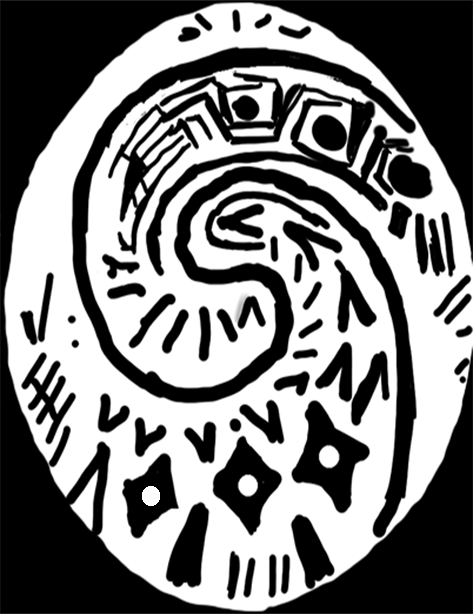 I started reading more about the legend wondering what kind of stone it was. I looked for green glass stones, and all kinds of stuff. Turns out, in the legend of Maui, the Heart is made from a "pounamu" stone. Which is a Maori name for Nephrite Jade and another type of stone, that one isnt green so the decision was made. If I'm going to do this I'm going to do it right.

I found a source for nephrite stones in an oval shape approx 50mm from end to end the long way. I bought 3 just in case. Bought the diamond tipped dremel bits. Found some rocks in the backyard to just get a bit of practice on until the real ones showed up.

Once the real ones arrive I'm stuck trying to figure out how to transfer the image onto the stone.

I tried the Mod Podge but even after 36 hours of drying it just peeled right off once the water hit it. I have some gel medium around here somewhere but I just cant find it. I ended up using a light table and some good old blue painters tape to trace it.

I put the tape right onto the stone and took it out to the shop. So the tape comes off in the water, but I wanted to keep the stone and bit cool. I ended up getting a very light score on the surface of the stone and went to work. Small tub of water, some dremel bits, and a few hours later I had something I was pretty pleased with.

In the movie, pretty much every shot you see it in its glowing this bright green on a dark green stone. I grabbed some resin and ordered some neon green glow in the dark pigment. Here is where I ran into some trouble. I had cut down some paint brushes but they were still too big to get the resin into the tiny cuts in the stone. Finally, it hit me to use an antiquing technique where I just brushed it onto the whole stone and wiped it off. After doing this several times it looked like I had enough of the pigment in the cuts, I then made one more attempt at painting the resin just into the cuts. This worked much better this time than it did initially. Why? I have no idea.

Anyway, the resin is currently drying, but I couldn't resist snapping a few early peeks of the glow in the dark in action. Not quite as pleased with the daylight color of the resin but it's as good as I can get for now. I'm sure there will be a ver2.0 at some point and I'll figure out a solution then. Probably some white paint maybe? Anyway, I'm super proud of it. The carving isnt the best, but I think it actually improves the look of it. It doesnt look too perfect and instead looks much more natural.

After uploading the pictures I am realizing that i used one of the reverse images in the final version rather than the original. While its not something ANYONE but me will notice, it will definitely get fixed in ver2.0.

Hope you enjoyed my build. Let me know what you think. Thanks in advance, any comments or suggestions are always welcome.

RPF PREMIUM MEMBER
This is excellent ! I love that you used traditional methods to make this. I also love that it glows in the dark !

I added a free STL version to my file thread in 2017. It is still there if people want to 3D print one.

Jintosh said:
This is excellent ! I love that you used traditional methods to make this. I also love that it glows in the dark !

I added a free STL version to my file thread in 2017. It is still there if people want to 3D print one.

Thanks so much. I have looked at a lot of your stuff and you do great work. Glad to hear you liked mine.

It’s the best one I’ve seen so far! Great job all the way.

RPF PREMIUM MEMBER
This is really great work! I've been full-time dad for the last ....uh, so many months of this pandemic... and I've found a lot of my best days are when I am working on a project with my daughter that we both are into, and she LOVES Moana, so we've started making Heart Stones of Te Fiti for ourselves and friends.

I'm so glad you did it on the Nephrite Jade. Could you share your source? I'd love to try a similar approach as you've done here with the dremel. ... Of course, my daughter loves this rock I painted and drew on, so... I may not need to go that far. But *I* want to try my hand at it.