Well, after months of lurking here in the Lair and admiring all the incredible projects being done, I finally picked up a Howard P1 bust from Fishzilla. Having no experience with an airbrush, and based on the awesome outcome of PredatrHuntr's awesome non-airbrush paintup of his Howard bust, I was going to go that route. But, I figured what the hell, and decided to try out an airbrush. I first bought the Harbor Freight "basic" airbrush and it was garbage. Went back and bought their "deluxe" airbrush which was an dual-action model for about $15 and I'll be damned if it wasn't pretty darn good (of course this is coming from someone who hasn't tried any other airbrushes, so take that for what it's worth).

Took me a few weeks to add the layers and details and paint the eyes. I basically used Createx paints from ta2pro's P1 tutorial, with a few tweaks here and there. Eyes were painted with basic metallic acrylic paints and sealed with dental sealer for that "gloss" effect. The mouth was coated with Liquitex gel gloss medium and the teeth were glossed with the dental sealer. The whole thing was given a few coats of Krylon Clear Gloss after painting was finished.

I was going to save up some cash to buy some dreads and beads from Hez or Bambooie, but decided I couldn't wait that long. Someone had posted a tutorial on using Crayola Model Magic for dreads, so I decided to try that (the backer rod dreads weren't really blowing my skirt up). I ended up using 2 of the 2 lb tubs and then spraying them with Plasti-dip. They turned out pretty well I think (though they're a little on the thin side), but they are temporary until I can convince the wife that I need to spend the money on "real" dreads. Dread rings will have to wait for now. Quills are made from Magic Sculpt. The display stand is a toilet paper stand from Walmart (about $12).

Thanks to Fishzilla for the bust and everyone at the Lair for their awesome finished pieces that were the inspiration for my final paint job (specifically DarthSybor, ta2pro, and PredatrHuntr).

Hope you guys enjoy it. Comments and critiques welcome. 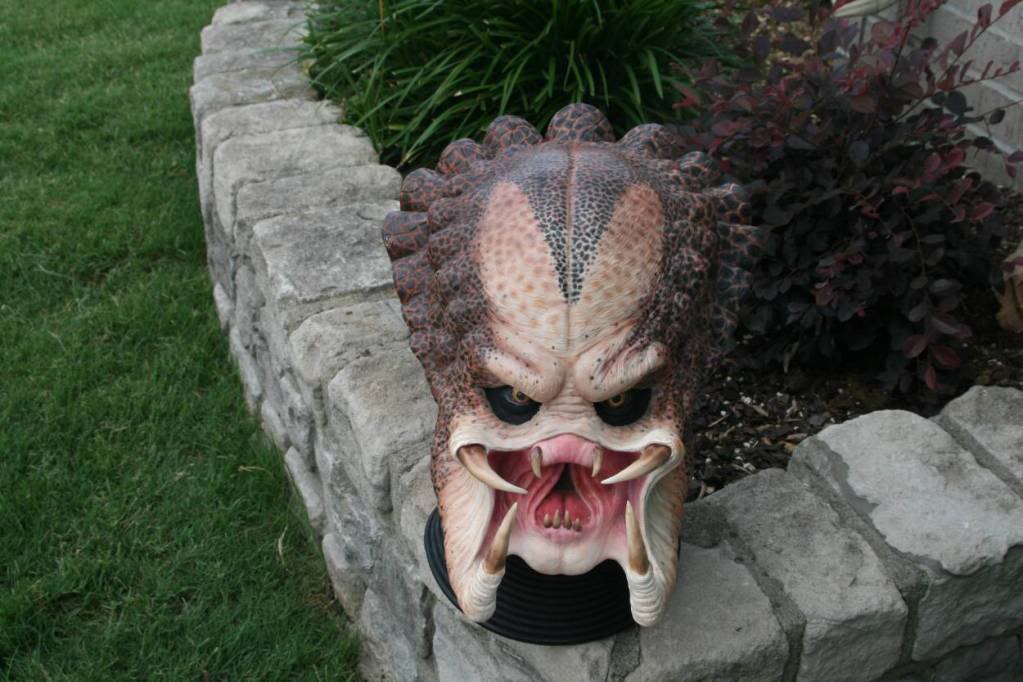 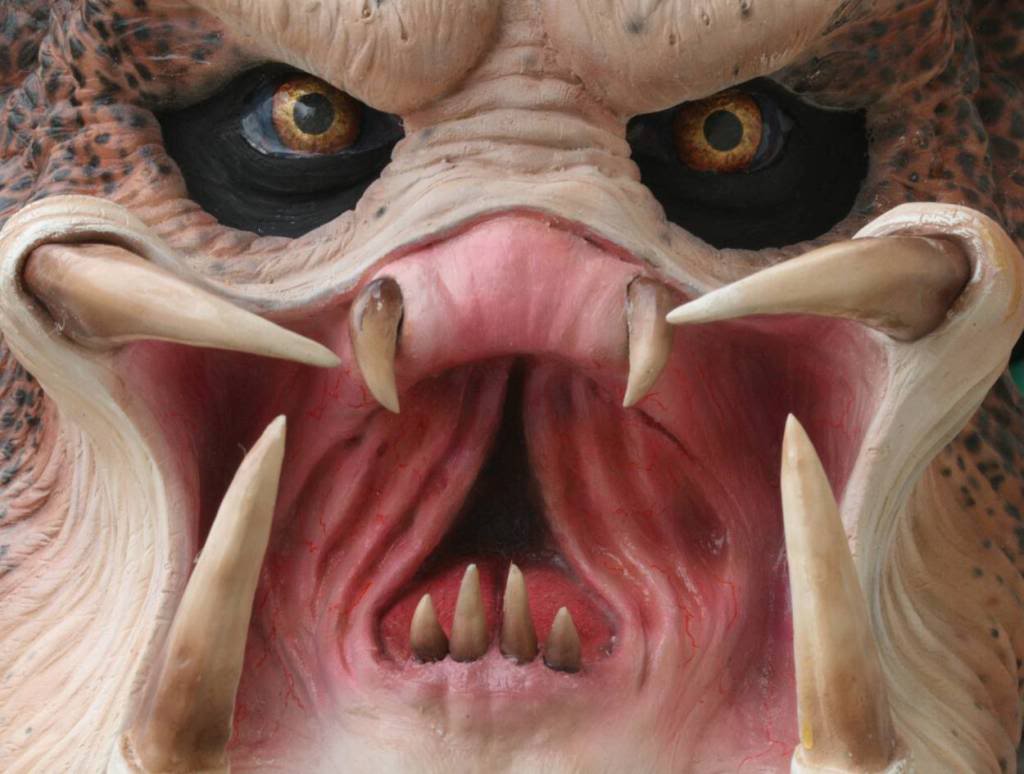 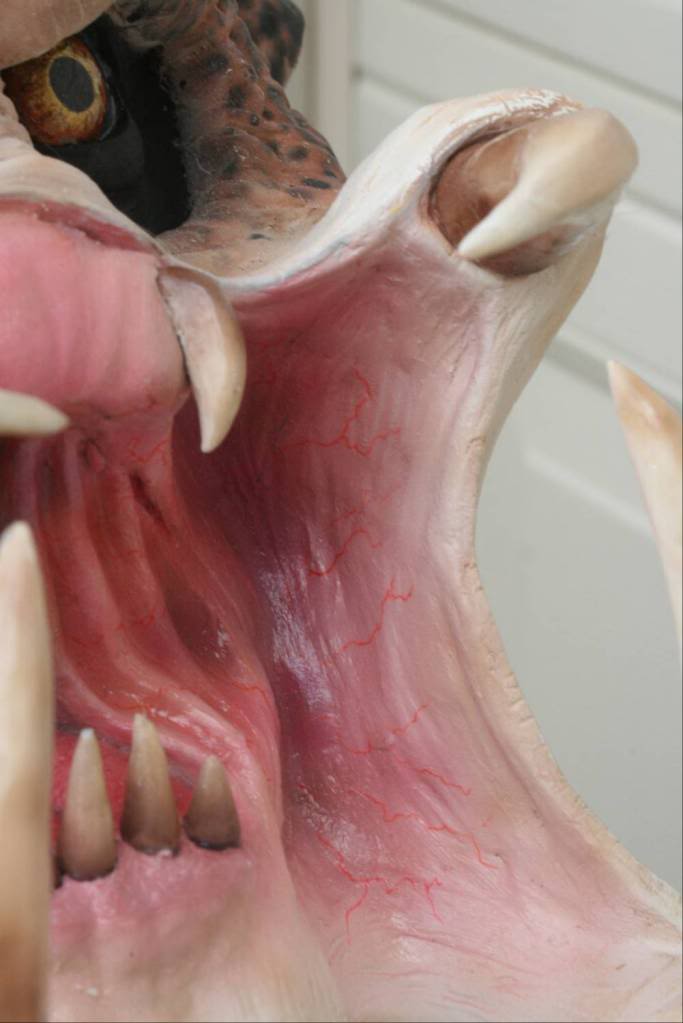 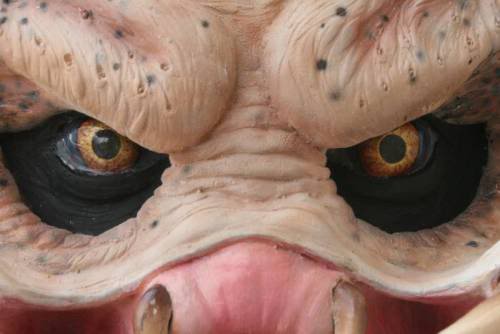 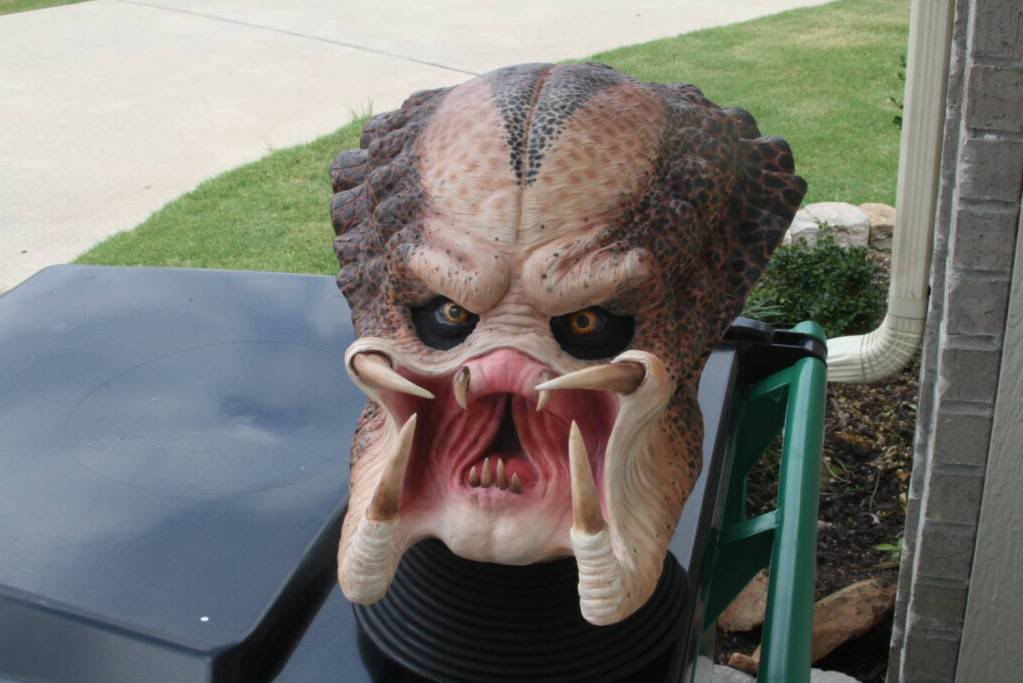 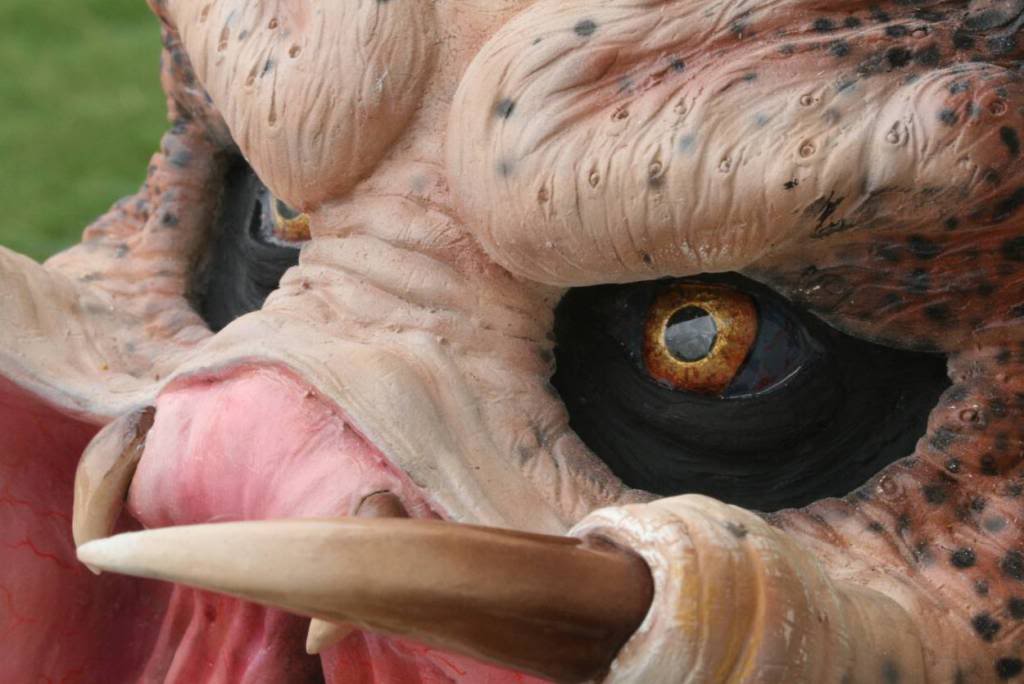 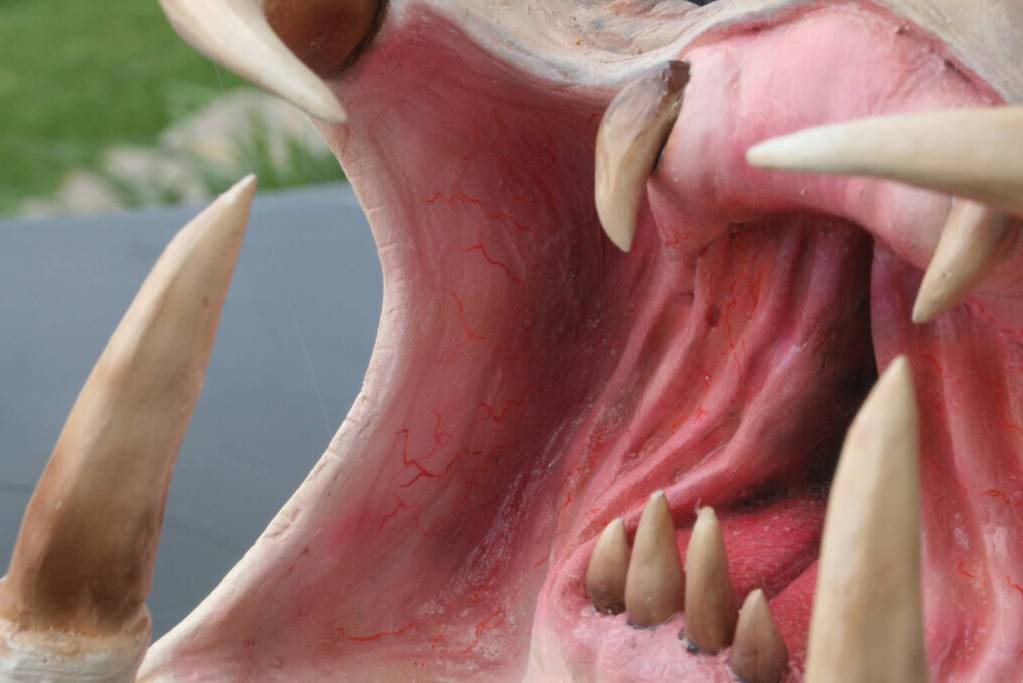 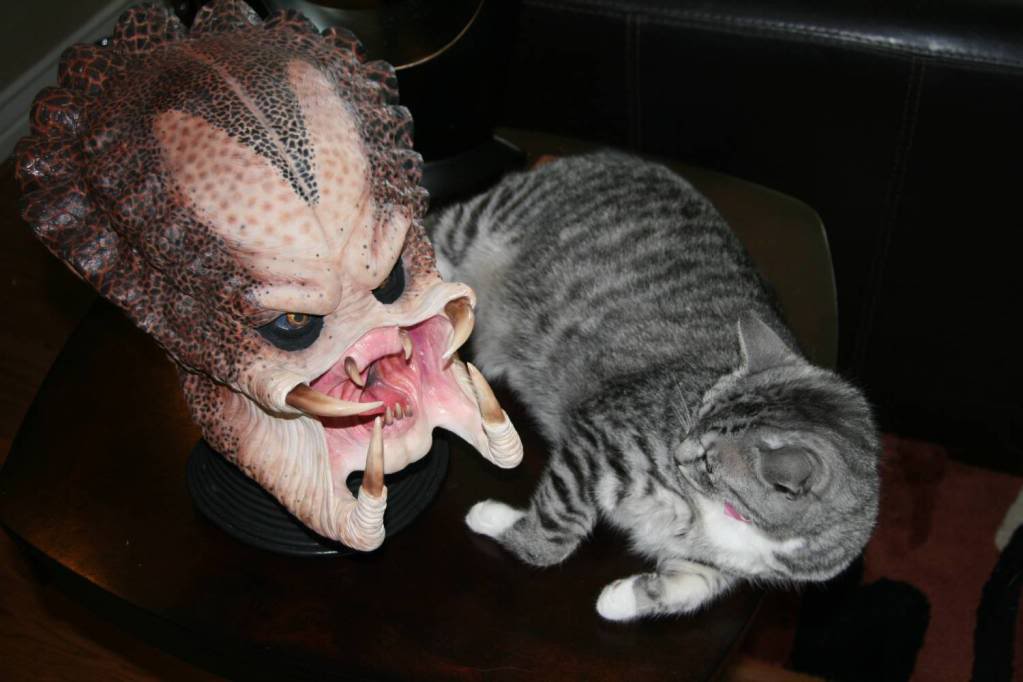 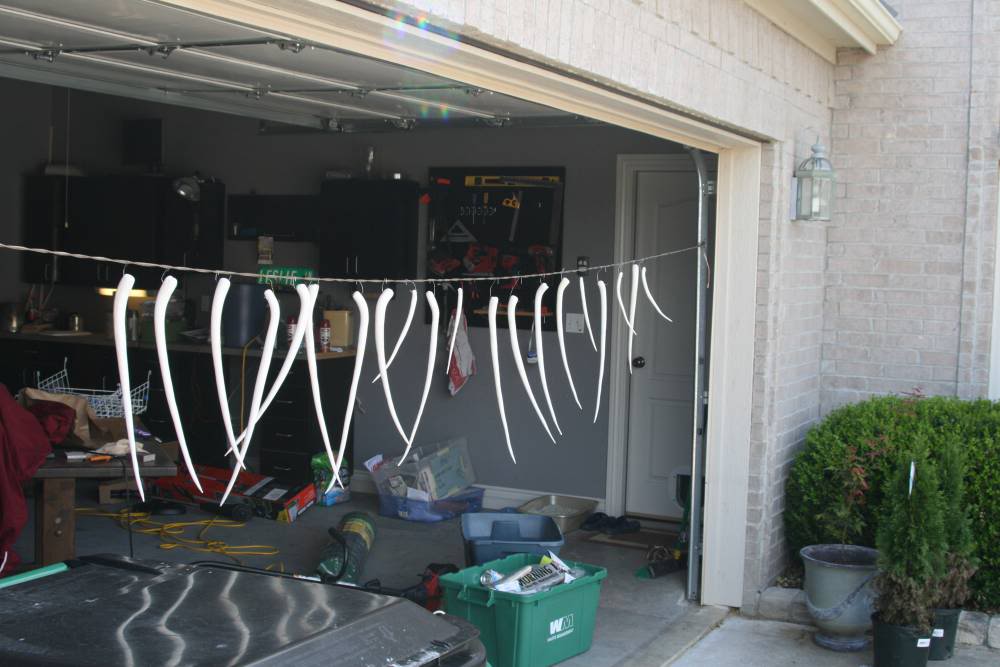 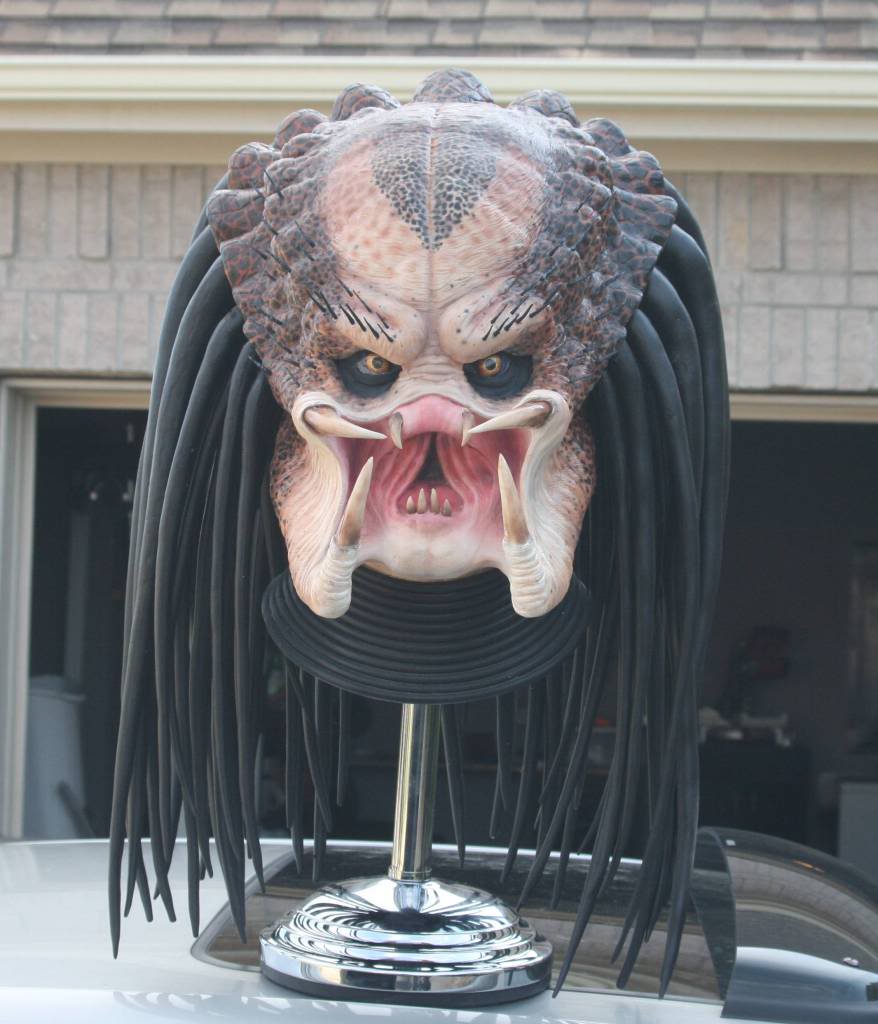 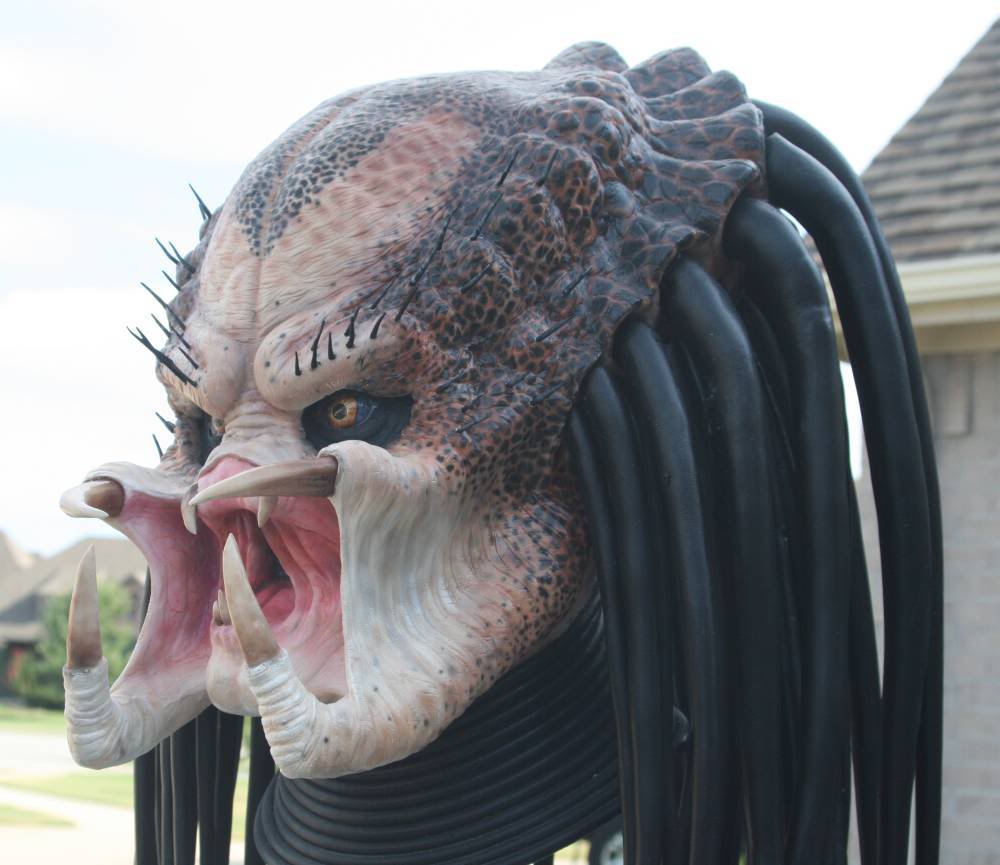 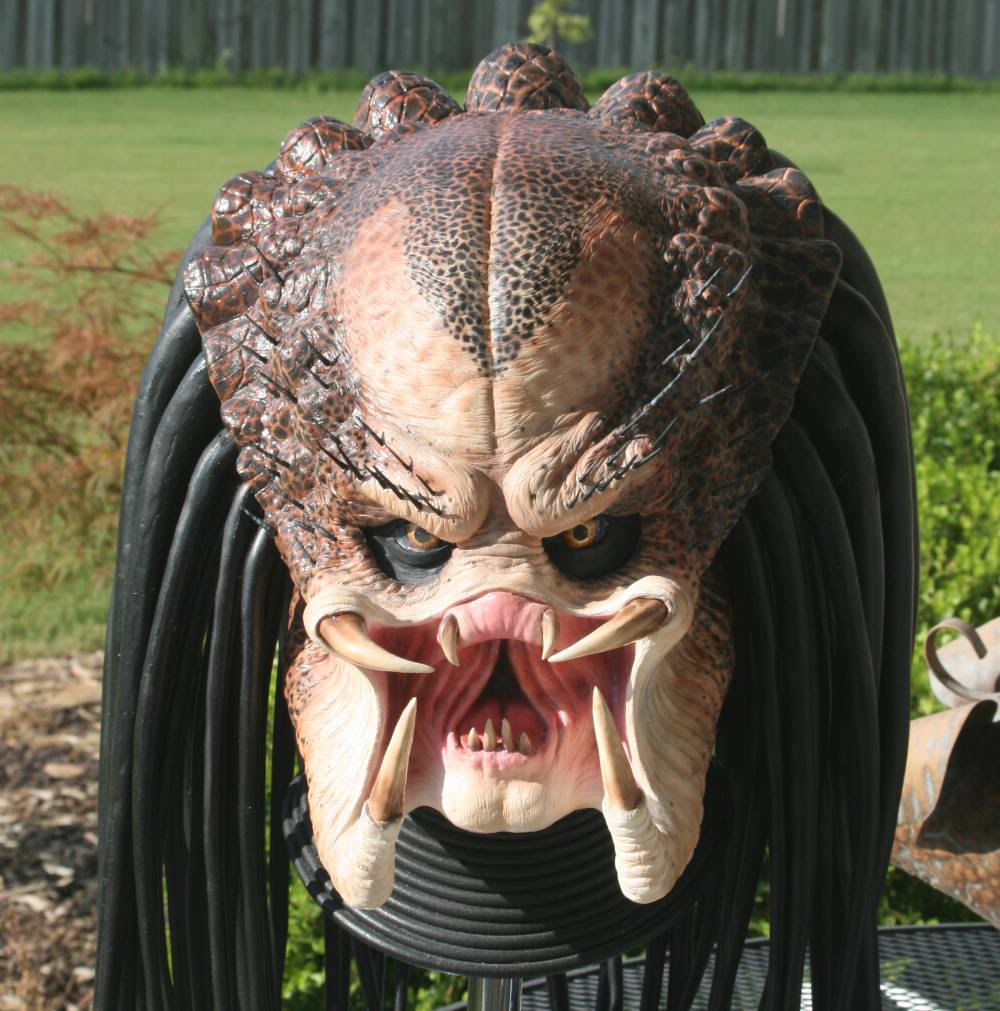 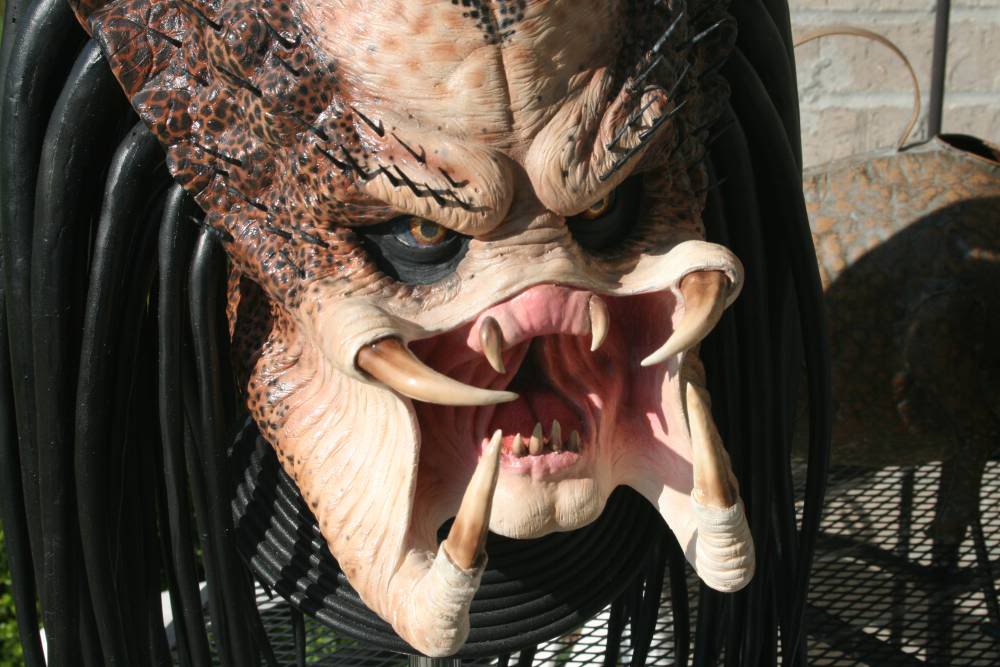 This can't be your first airbrush... it looks fantastic, man! Awesome job. The spotting and smaller details are all there, too.

Nice work! I like the highlighted rim around the eyes, great spots, veins in the mouth. Fantastic work bro!

Your job is perfect for those who made an air brush for the first time!
I'm jaw dropped!

It would be nice to be wearable IMO, but a bust is just as nice.

Said as b4 here-really nice!

damn bro you murdered that mask!!!

i dont know what to say OUTSTANDING!!!!

So this is Fishzilla's P1 head? It's actually a gorgeous sculpt .

Blade3327 said:
So this is Fishzilla's P1 head? It's actually a gorgeous sculpt .
Click to expand...

Yes, this is the Howard S. sculpt that Fishzilla has the molds for. It's an awesome piece.

That is just a nice peace of work for a first timer with the spray wow and where is the tutorial for the dreads.

Jon316 said:
That is just a nice peace of work for a first timer with the spray wow and where is the tutorial for the dreads.
Click to expand...

I used Plasti-dip to coat the dreads instead of painting them. 2 coats should do it.

That is unbelievable for your first airbrush paint up! The little veins in the mouth and all the dark spots.... outstanding!

Is it latex or resin bust ?

Looks great man. I think you did an awesome job. And thanks for sharing all your little tips and tricks. It really helps out a lot.