That thing really DOES Look like it could take out Storm Troopers or Gundarks?!
Click to expand...

Thanks JS. It was a lot of fun to build

chubsANDdoggers said:
Thanks JS. It was a lot of fun to build
Click to expand...

Well I mean... Why PULL the ears off a Gundark... when you can use them for Target Practice?! LOL

RPF PREMIUM MEMBER
After an hour or so a day for the last week or two I’ve finally read through a vast majority of this incredible thread. I just wanted to say a big thank you to everyone to who contributed to this epic compendium of information. It’s been genuinely fascinating to read, and I think I’ve become addicted to learning the details. I’ve been doing my first hero build on a field marshal kit, and I can’t overstate the value of the information found in this thread. I’ve come to appreciate the details of this prop in a way I never expected.

I didn't read every word, but I did look at every picture (that remains).

So, I thought I'd modify a Denix. Then I figured I'd hold out and find an MGC. Then I saw the "going rate" of the MGC: about on par with a new Sig Sauer... So, I was back to a Denix and a year or more modifying it. So, what to do? Well, it seems to me that the "expensive" Blaster Factory steel model is the best bet. It will cost me more to build an MGC right now, and it has it's shortcomings as well.

So, that's what I'm saving up for. As genuine parts become available to me (and in my budget) I can "upgrade". but once blued/painted/weathered the BFS (Blaster Factory Steel) is, in my opinion, the best "blast for the buck" right now, particularly if you are starting from ground zero, as I am. And I do get the satisfaction of assembly, refining (sanding and polishing) and then finishing myself.

And yes, I value the "hunt" and knowing "I made it myself". But I could get an MGC (a gold one just sold for ~$620), then invest a couple hundred more in parts, do all the matching, filing, sanding blending JB Welding and modifying, to get to the (dollar) cost of the BFS PLUS having invested a ton of time, which I'm very short of these days. So, that's my logic for the decision.

Sometimes it's cheaper to just spend the money.

But honestly, that BFS is stunning, don't ya think?

RPF PREMIUM MEMBER
You literally cannot go wrong with the blaster factory kit. I absolutely love mine and am slowly making it perfect (to what I want). Honestly going either way feels equally accurate to me. To my knowledge there were three DL44’s in a new Hope (correct me if I’m wrong folks) and two of them were modified MGC’s and one a was an actual live fire modified Mauser. Finding, buying and modifying an actual Mauser sounds like an even more expensive (and certainly more dangerous) proposition. The Field Marshall kit (blaster factory) super accurately recreates a vast majority (if not all) all of the details of an original Mauser, it’s as close as you can get to that base. From there you can go whatever direction you like. It’s 100% worth the time and effort.

RPF PREMIUM MEMBER
If you are building the Hero blaster you don’t want to use an MGC ID10T for what it’s worth. LF used the MGC in the OT so if u are lucky enough to snag one you might as well use it for a screen accurate build like the GK, Hoth or Endor blaster instead. For the ANH hero if you can afford a FM steel mauser go for it but the denix can be modified to come very close as well. I wouldnt over look that option either. A little more elbow grease but it certainly does hold up 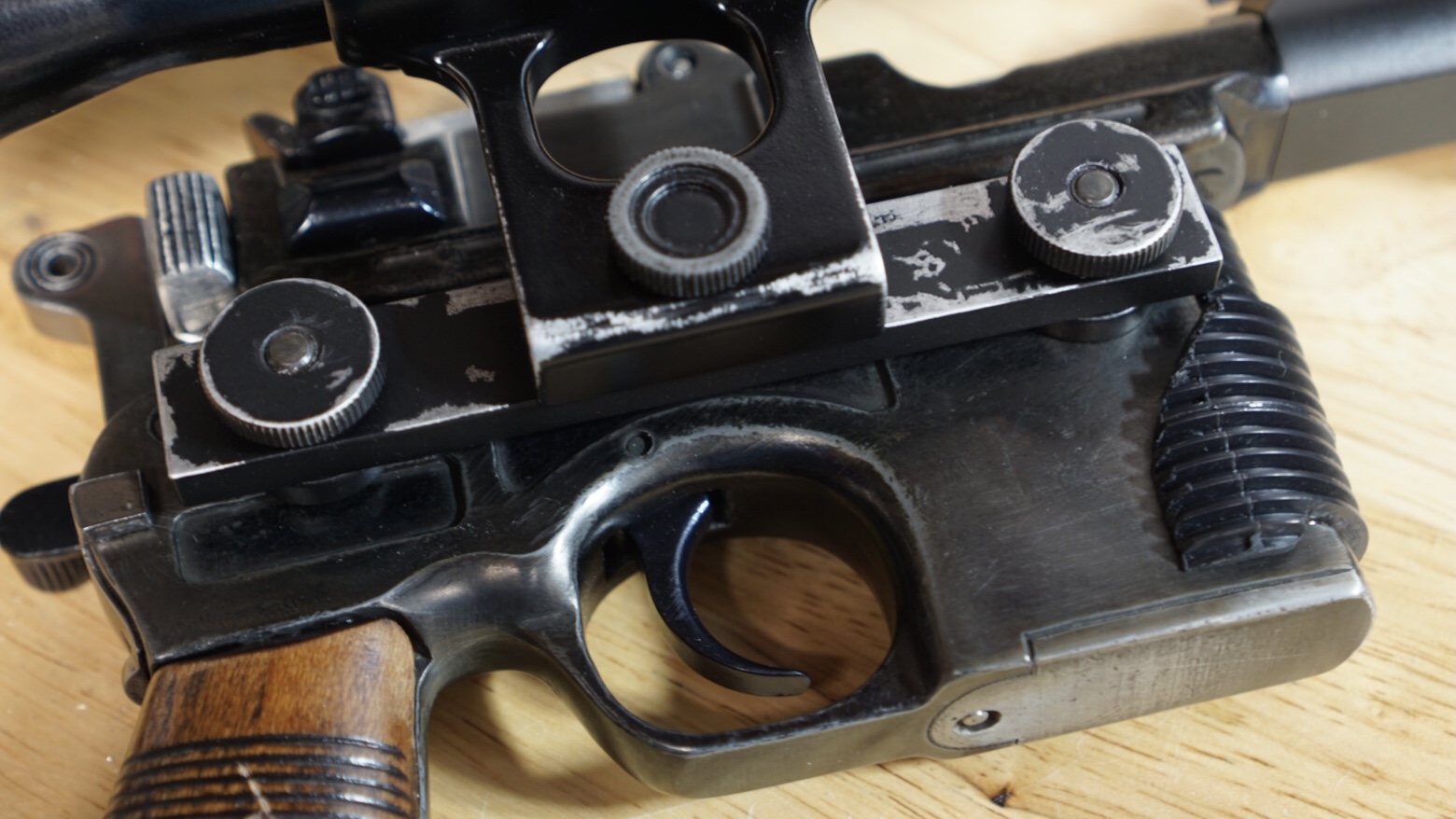 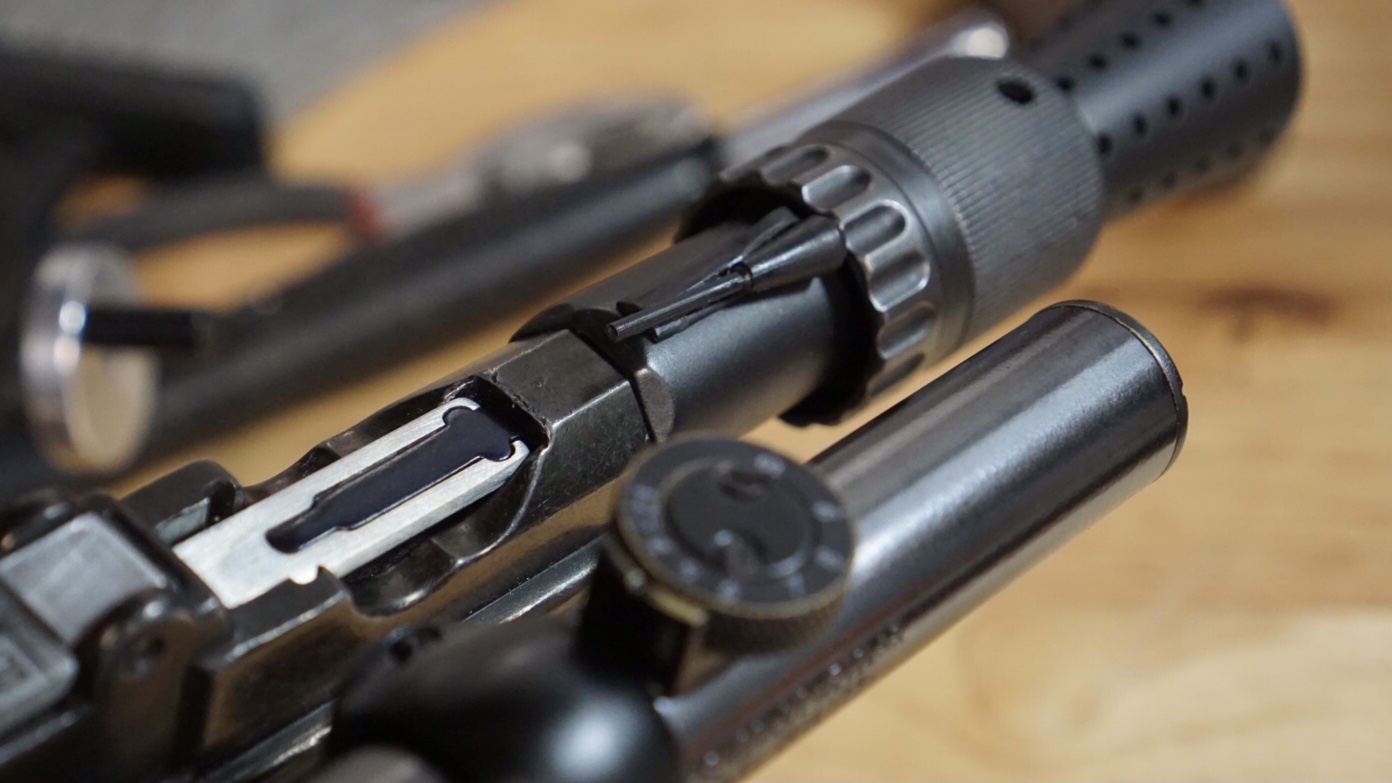 The FM steel is top of the short list still, but no available funding for that at the moment (we had tree work done, and I've decided to become a lumberjack, because I'll be a millionaire faster that way)

I'm also trying to do a few low(er) budget projects in the background at the moment (Poe's blaster based on an Airsoft Sig 226; the water vessel, a big Falcon toy modification and a new idea to make a OT inspired smuggler of my own design)

RPF PREMIUM MEMBER
Recently posted a thread for this build but figured I'd share it here as well!

All assembly/finishing/weathering by me, serial number stampings by Scottjua (these now come standard with the FM Mauser). 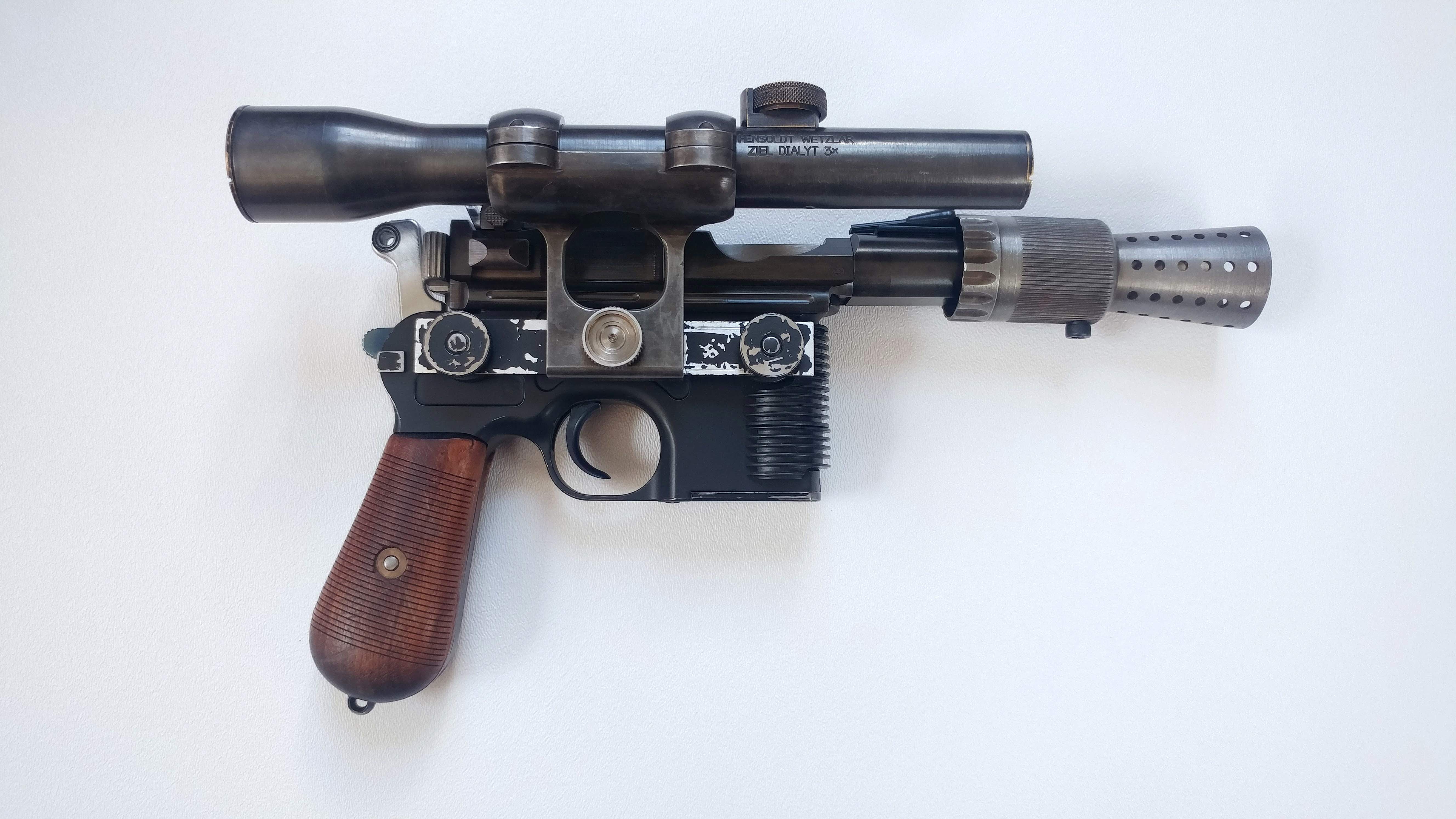 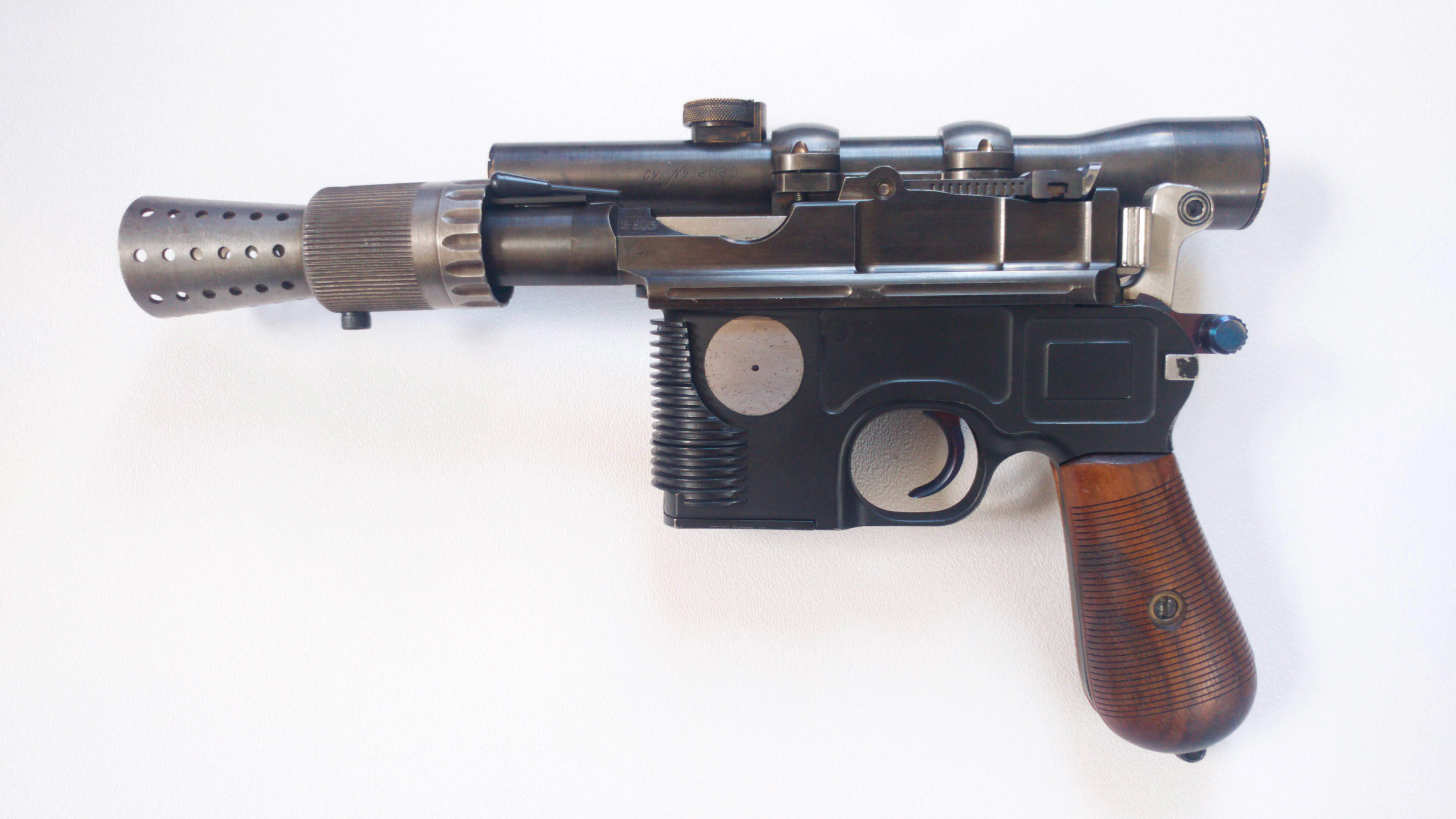 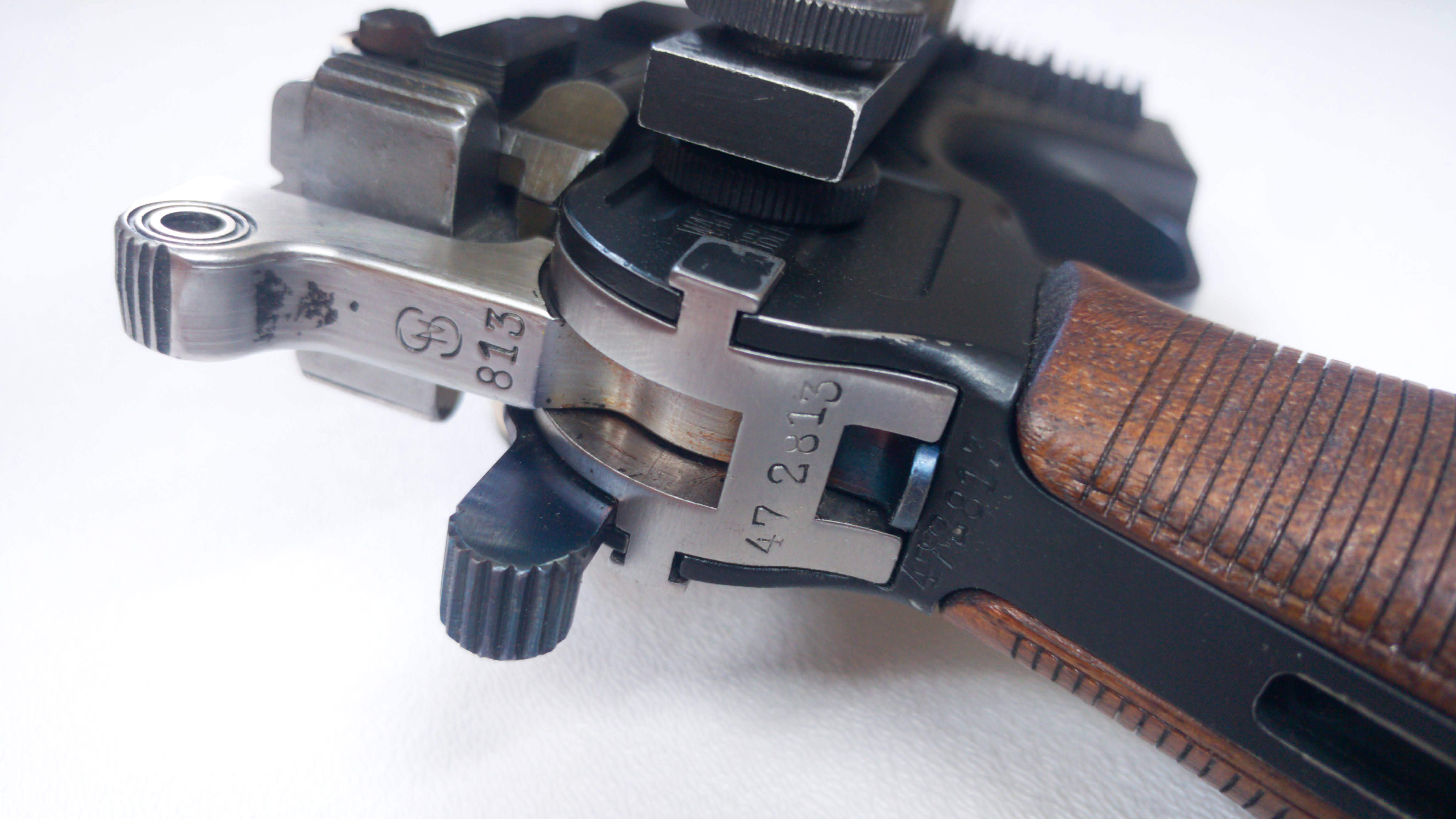 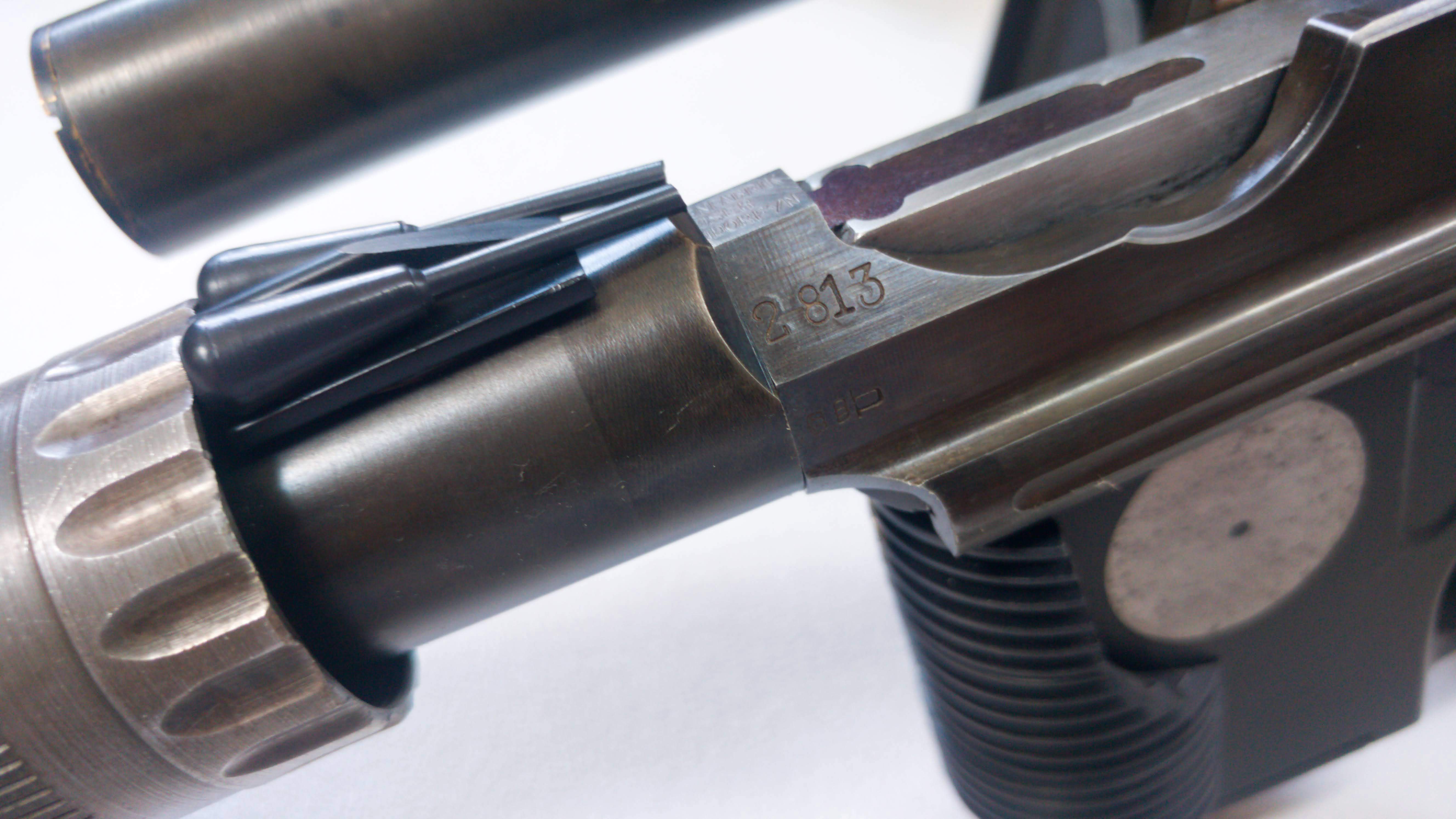 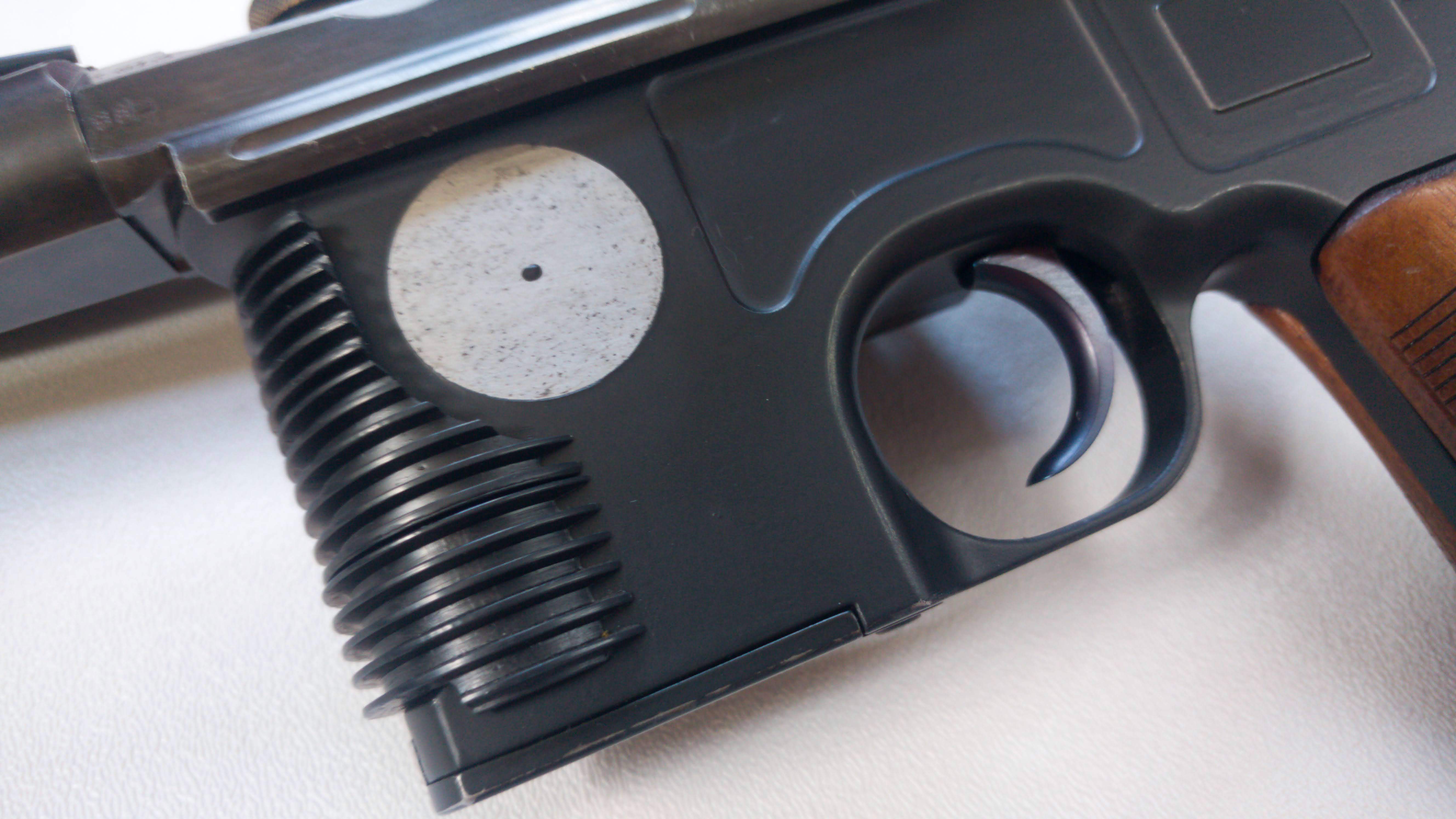 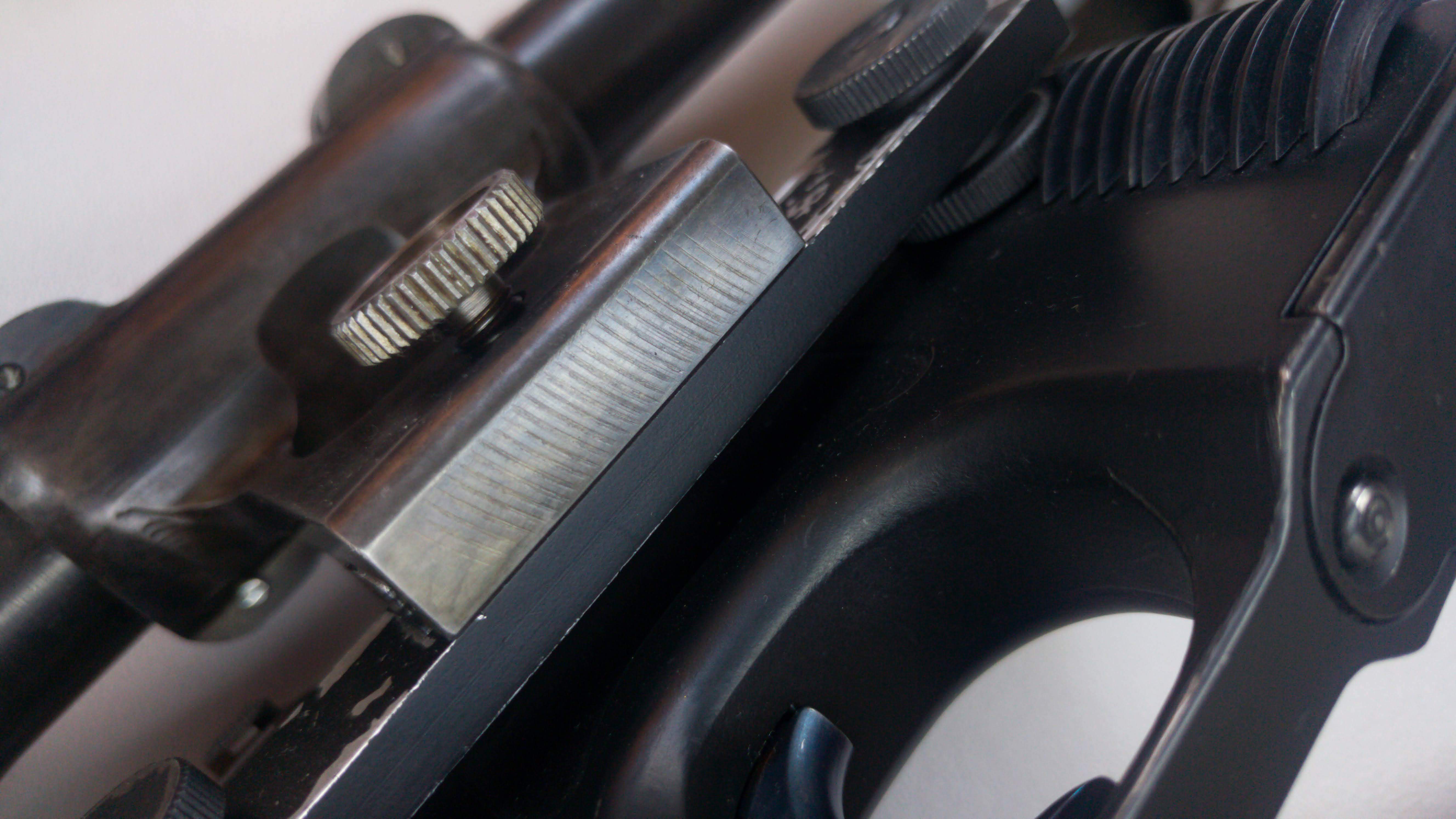 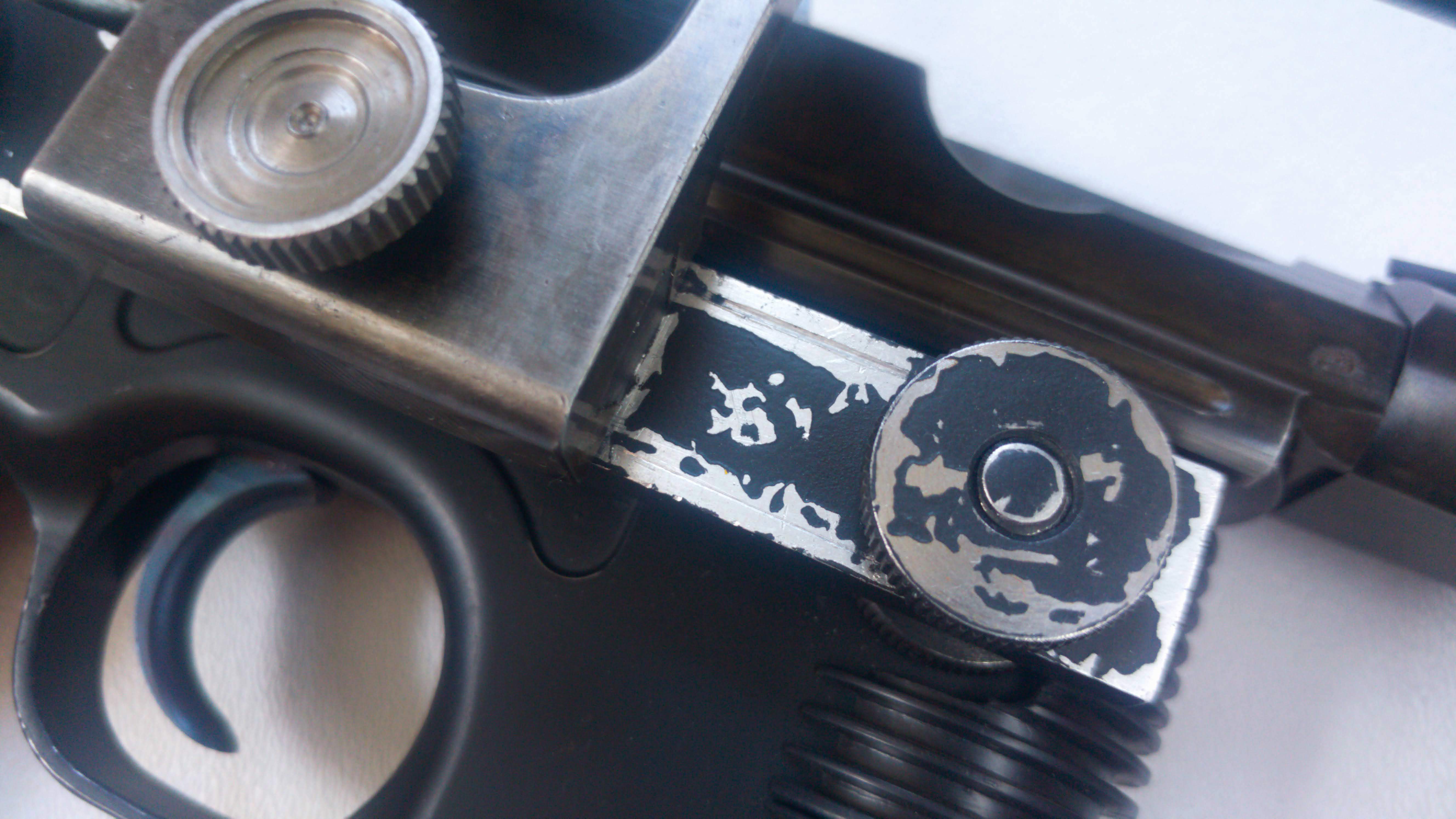 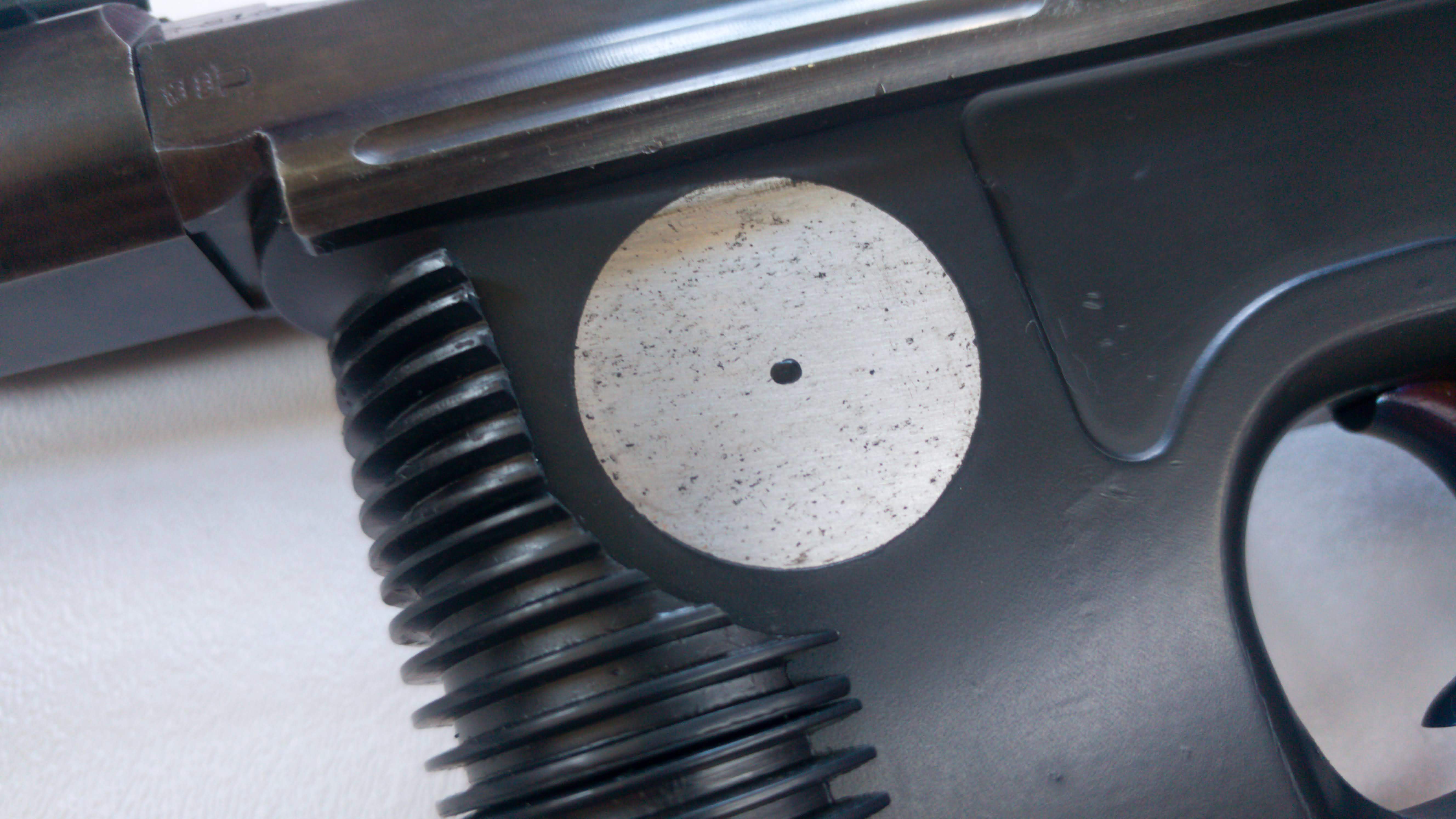 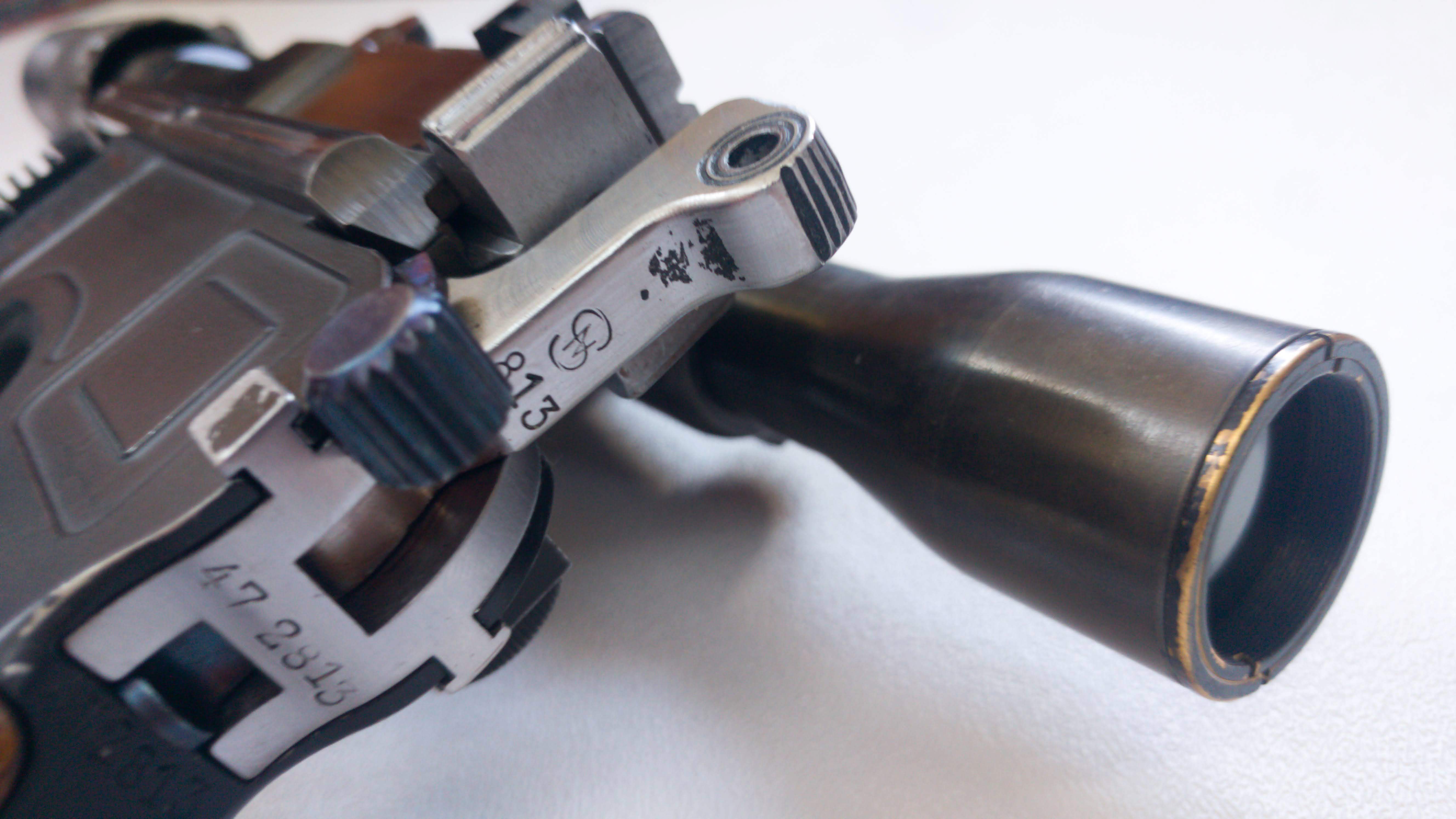 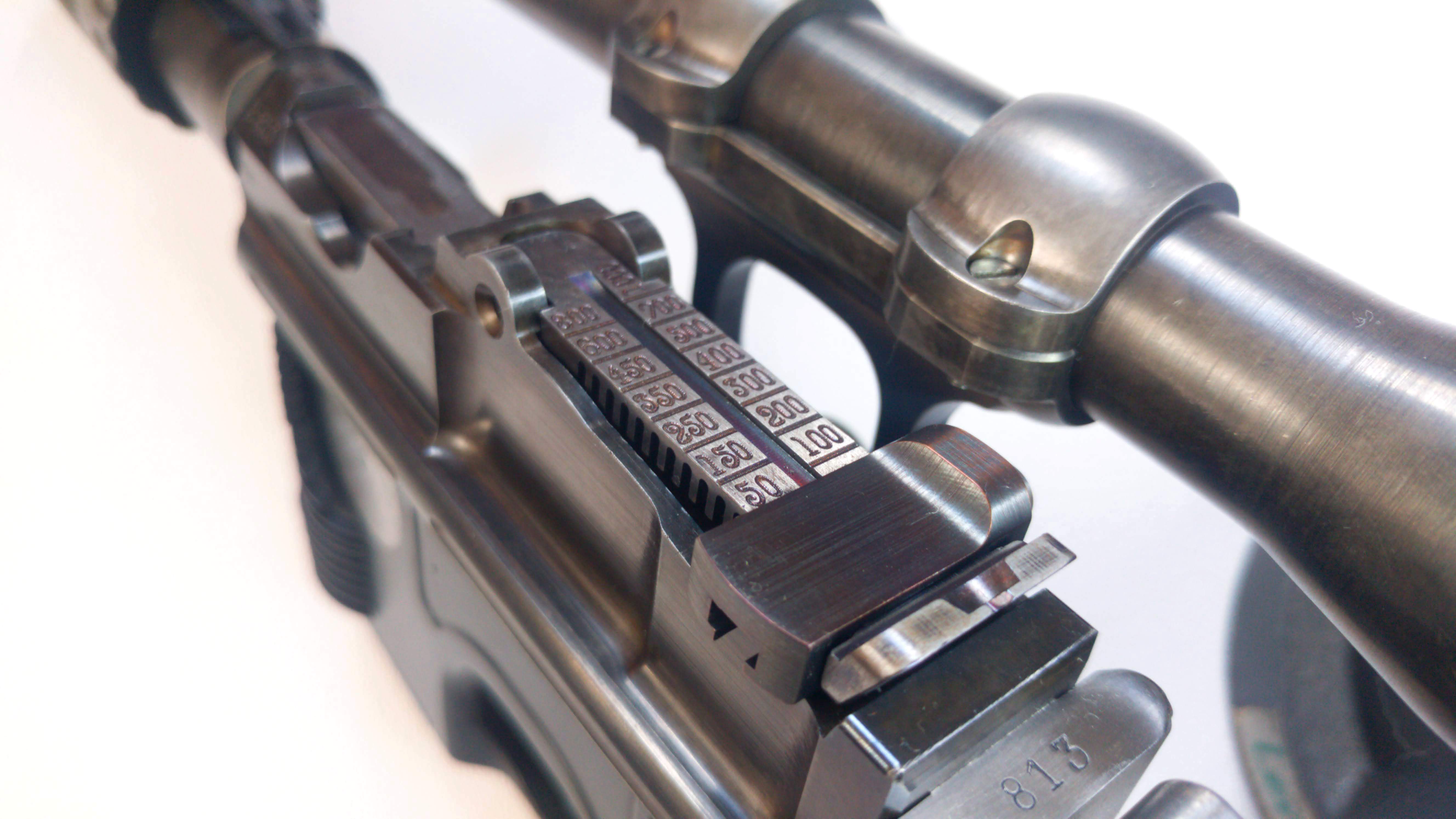 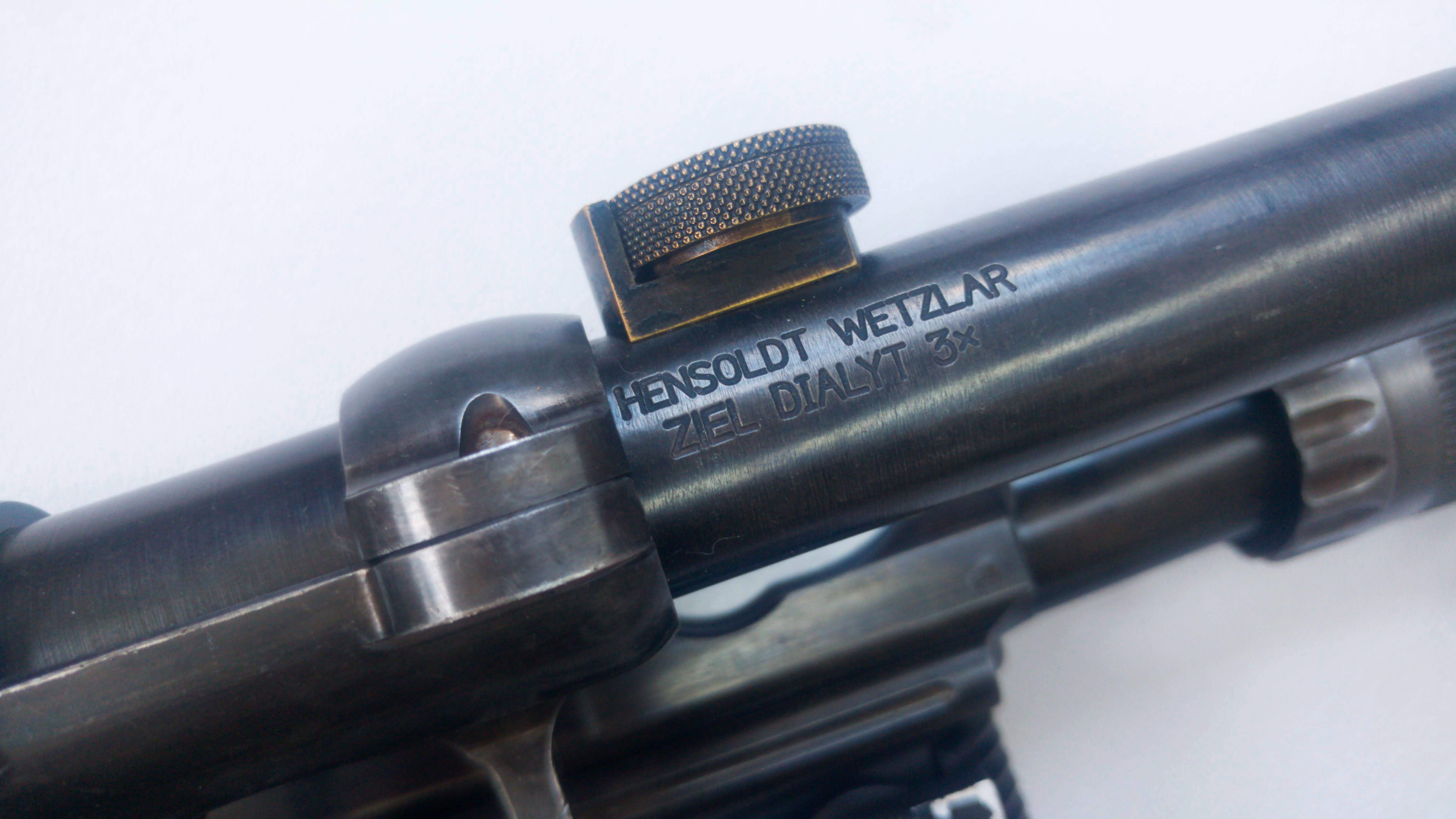 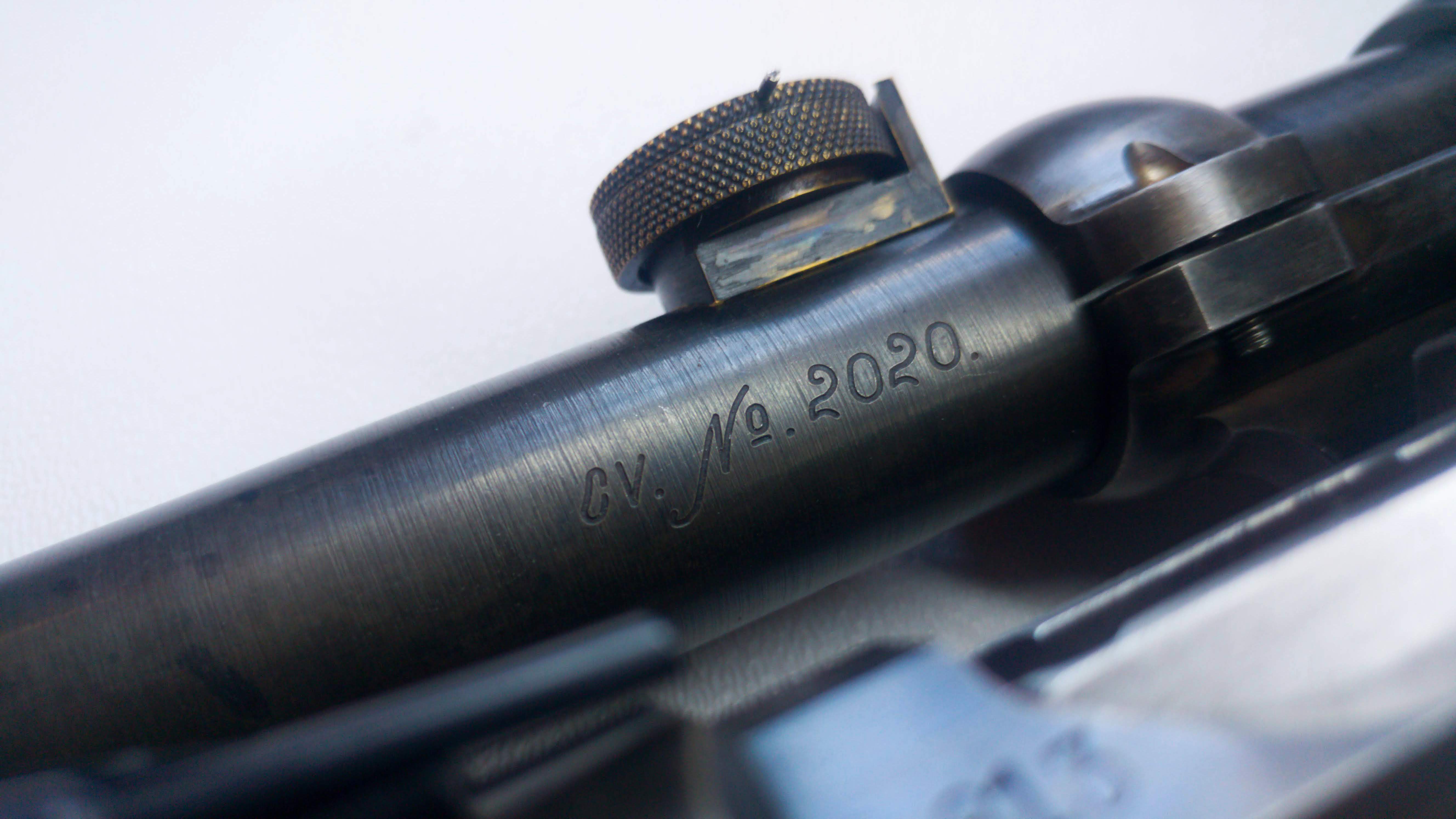 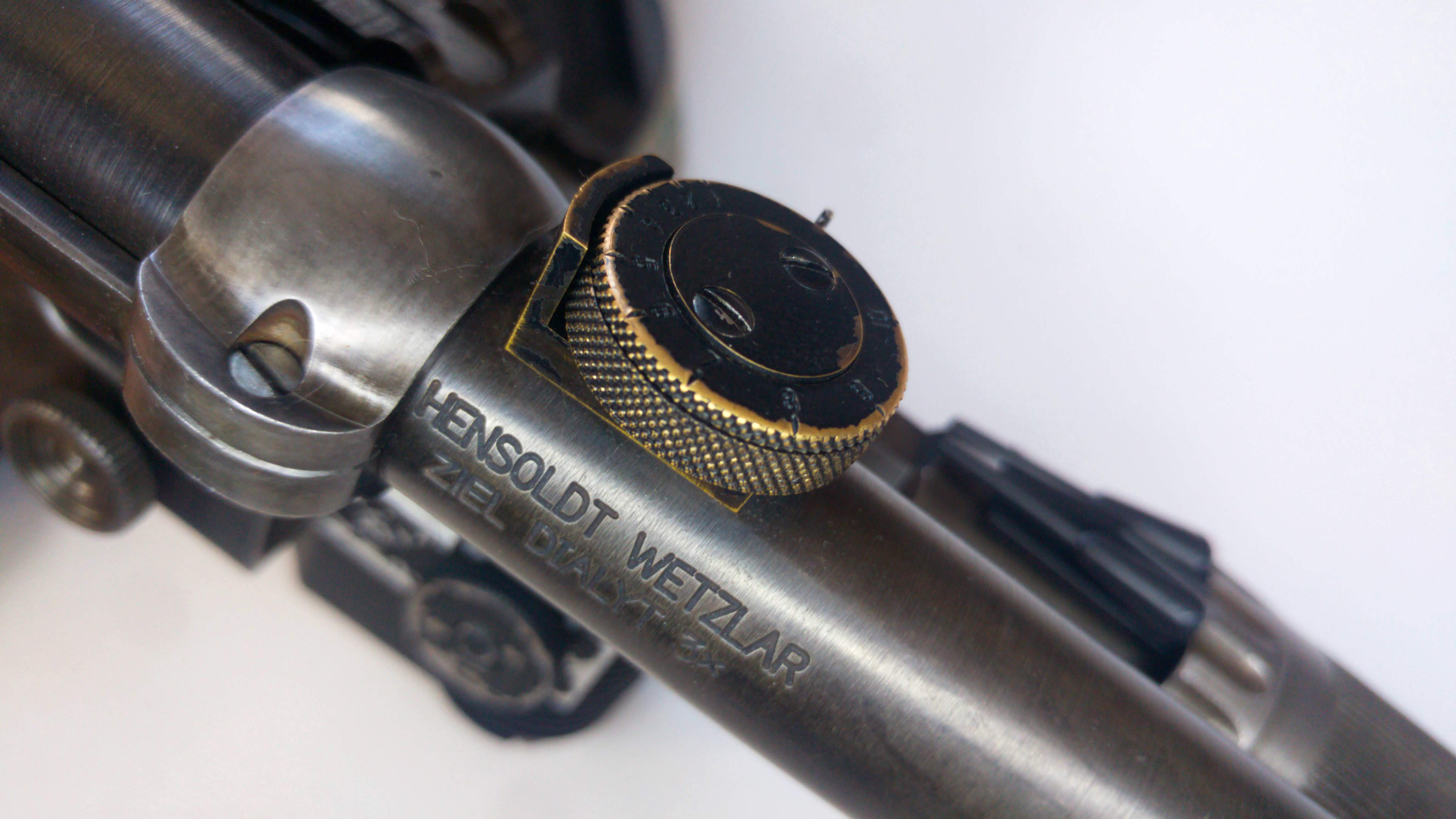 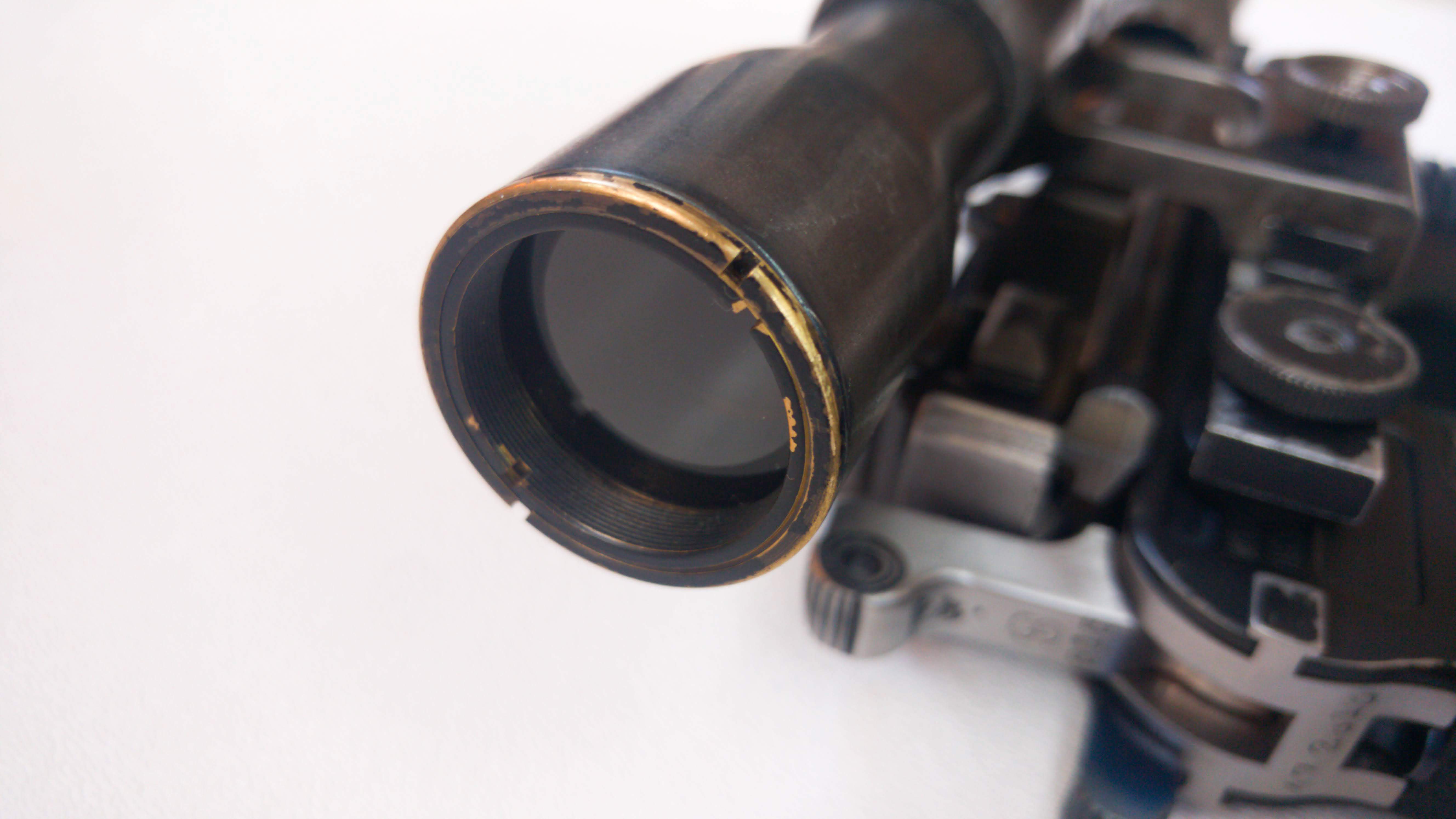 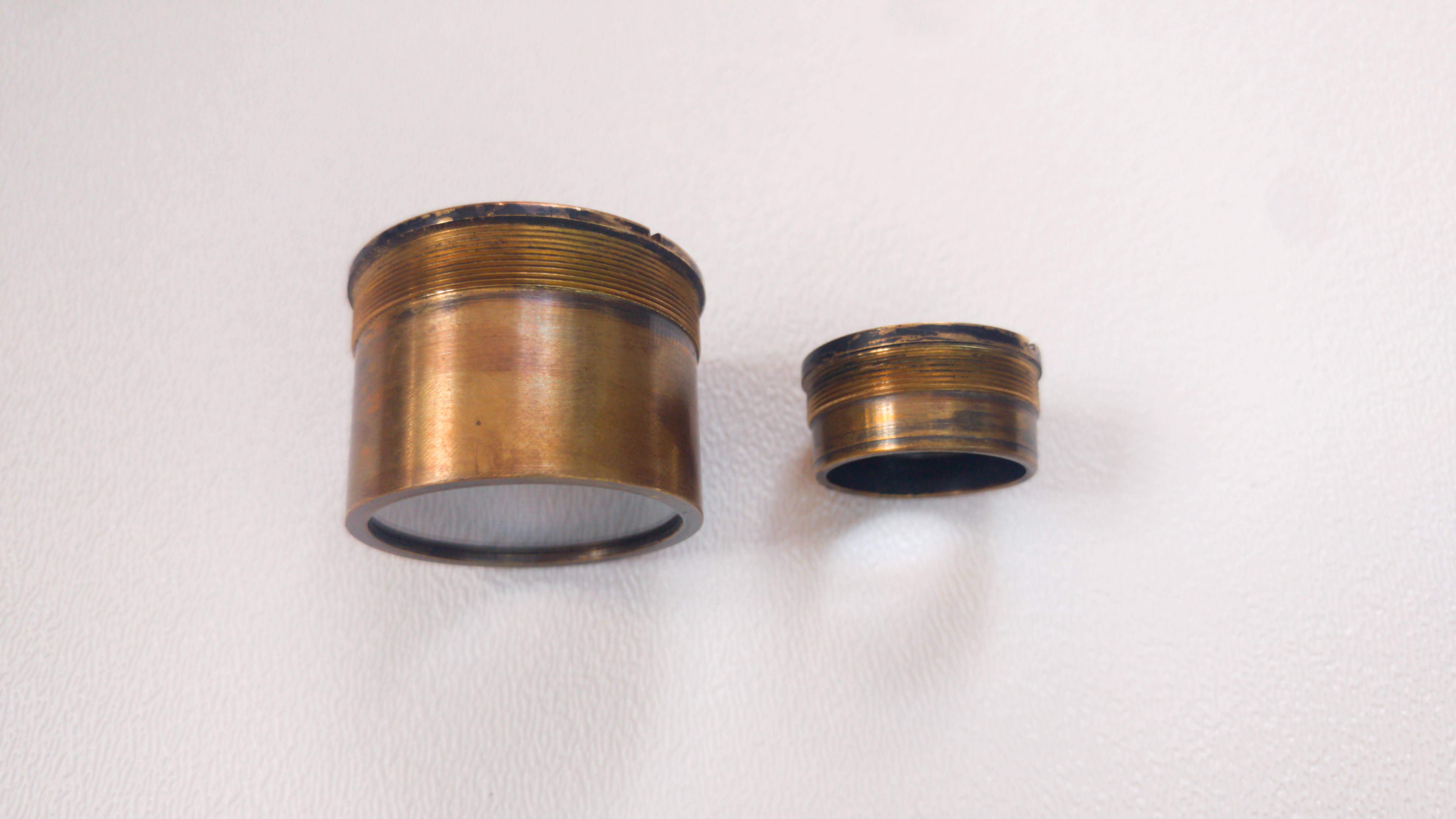 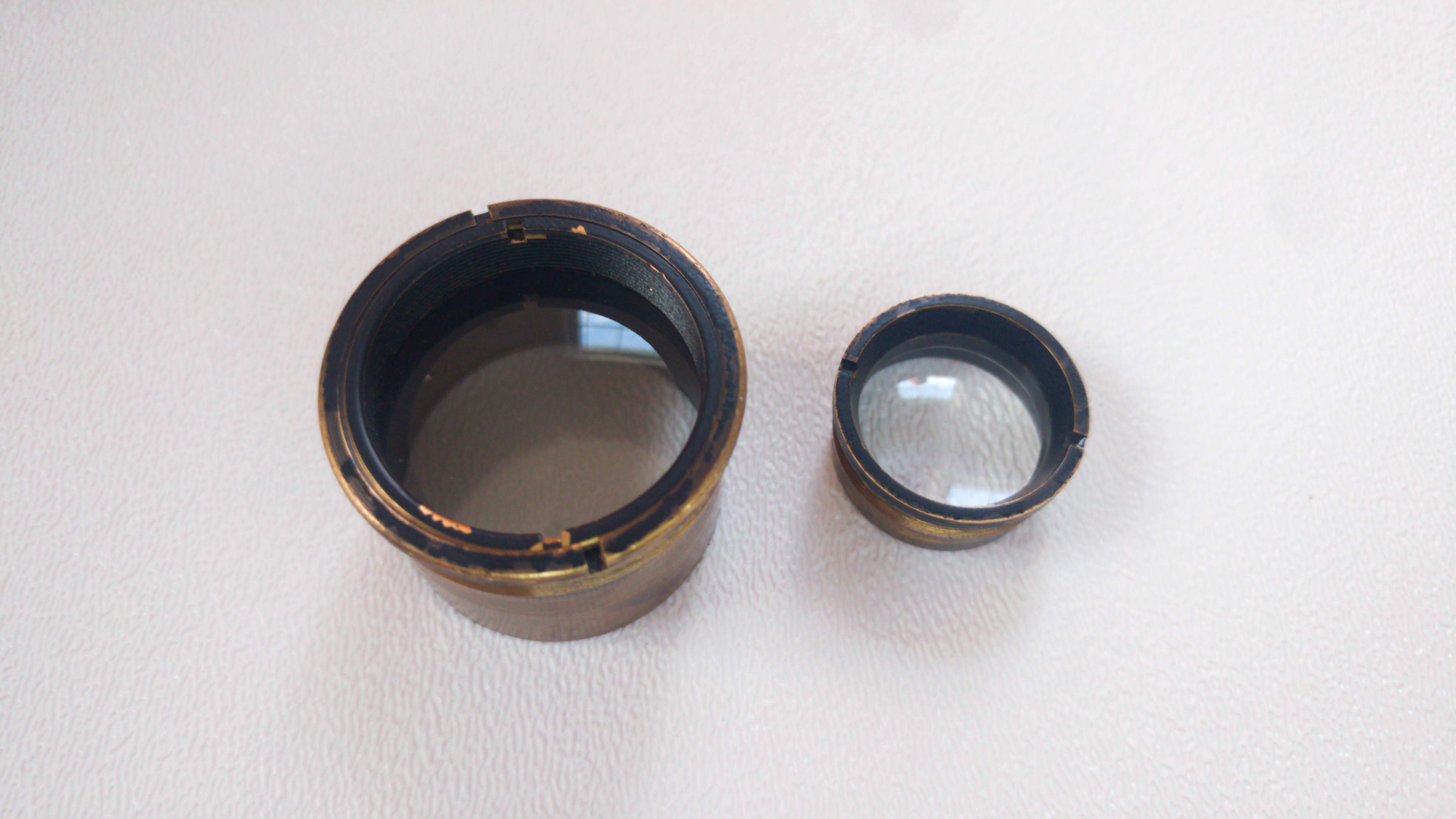 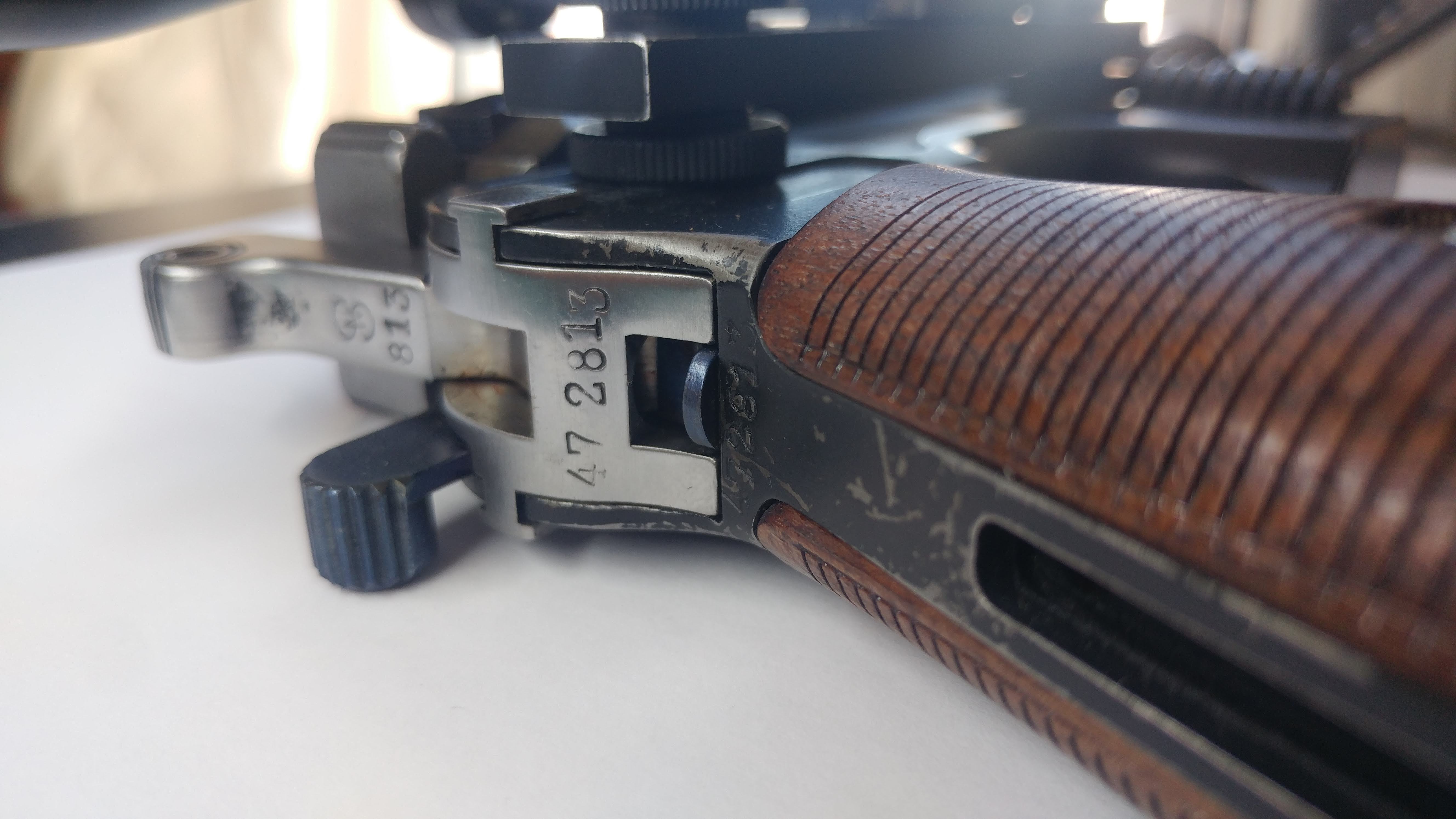 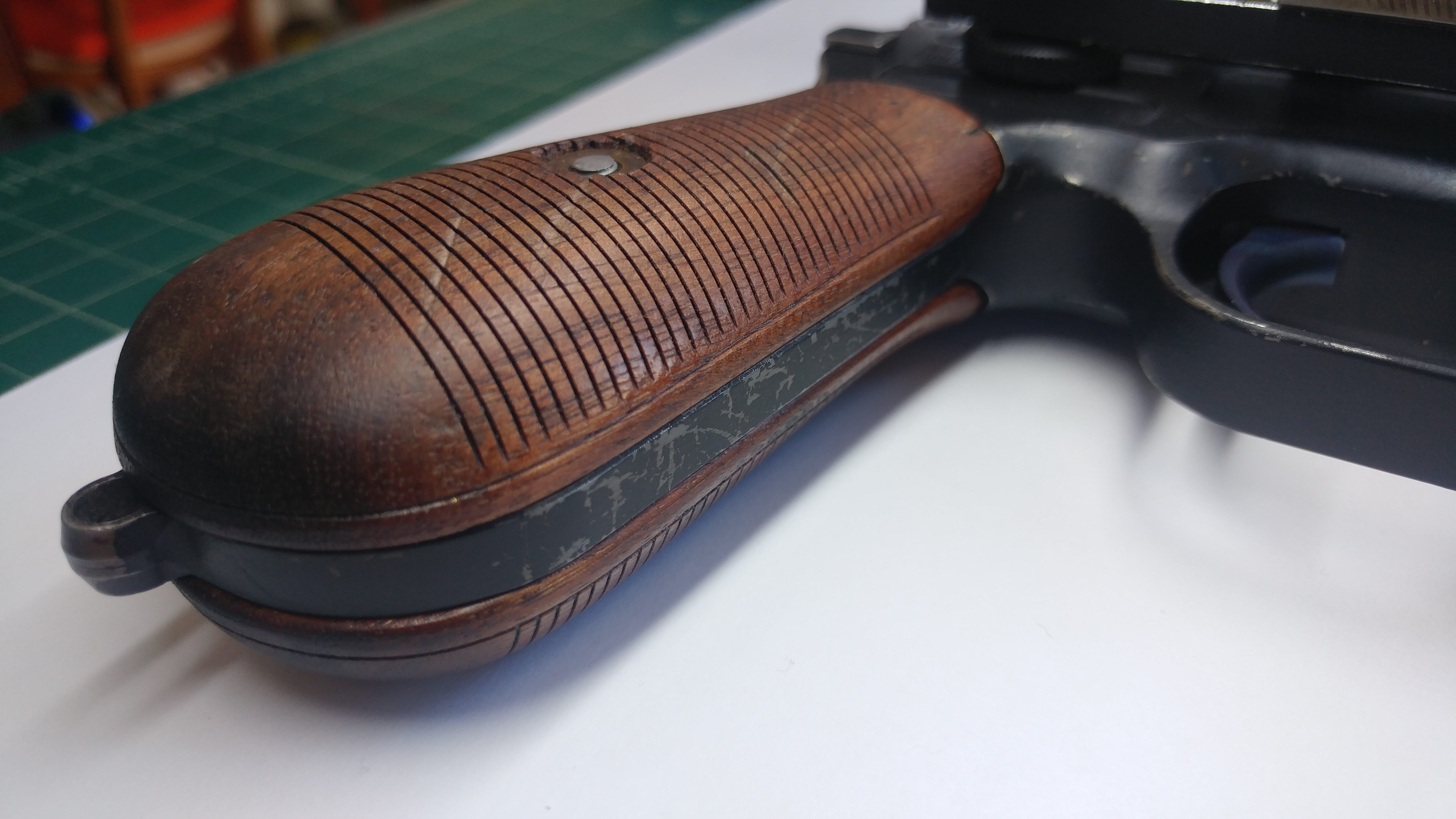 RPF PREMIUM MEMBER
Amazing work on this DL-44, MastahBlastah! What a grail prop for your collection.

RPF PREMIUM MEMBER
Thanks for the kind words, all!

Hi guys, long time lurker here. I just wanted to thank you for this amazing thread. It made me finally take the plunge and get my own DL 44. Got the Fieldmarshal machined denix the other day, and it's truly amazing. I've been going to town on it with weathering and I just love it.

RPF PREMIUM MEMBER
I am looking to get a vinyl cutter to create stencils for blaster props that I build. Ive noticed that a lot of people use them for lightsabers, blasters.. pretty much everything really. I was curious to hear some suggestions on whats a good place to start. Silhouette cameo or Cricut Explore Air 2 (&or maker) are two that I have been lookin into. Anyone have any experience with these or have a suggestion on what to use to create some vinyl sticker templates? Looking for some advice or suggestions. Much appreciated.

RPF PREMIUM MEMBER
I have always looked to ur builds for inspiration. Absolutely beautiful scott.

It's certainly been a while everyone! Not much to talk about having been cooped up this last year and change, but since I would never pass up the chance to keep this old thread going I feel like I ought to share some progress images!

For a while now I've been tinkering with one of the 1st gen Field Marshal all steel ANH DL-44, as a couple things on the base Mauser replica bothered me. Namely, the way that the trigger and hammer both sit.

Below I've attached a screenshot from one of scottjua's videos to help illustrate my point, which I hope is alright with him! 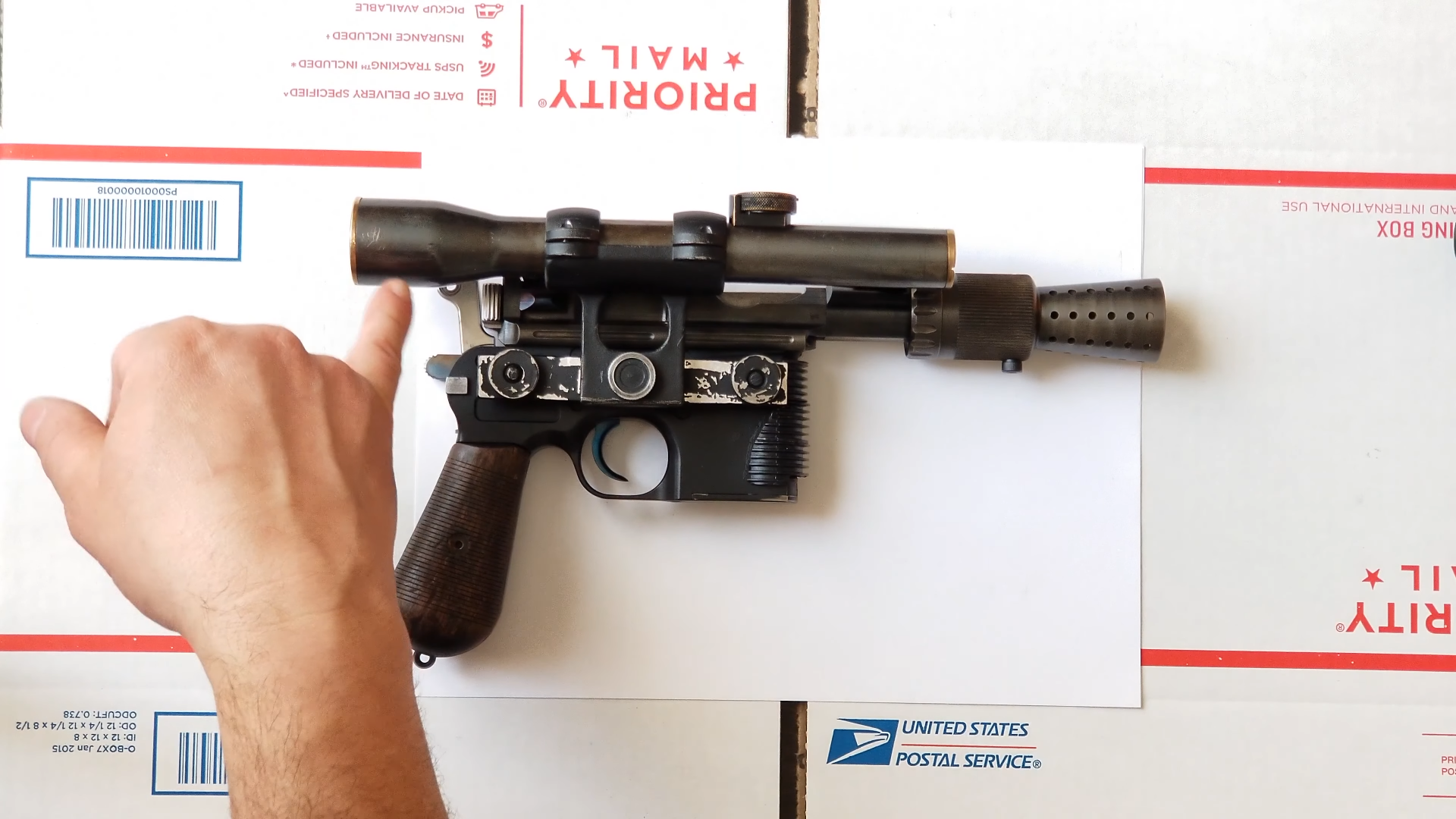 As you can hopefully see, both the trigger and the hammer seem to lean backwards in a way that they don't on real C96s. This unusual cant seems to be a feature unique to Field Marshal's replicas, and thus makes the base C96 easily identifiable from a real Mauser. So after studying the internals and making a LOT of modifications on several of the parts, I think I've got these minor angles corrected! 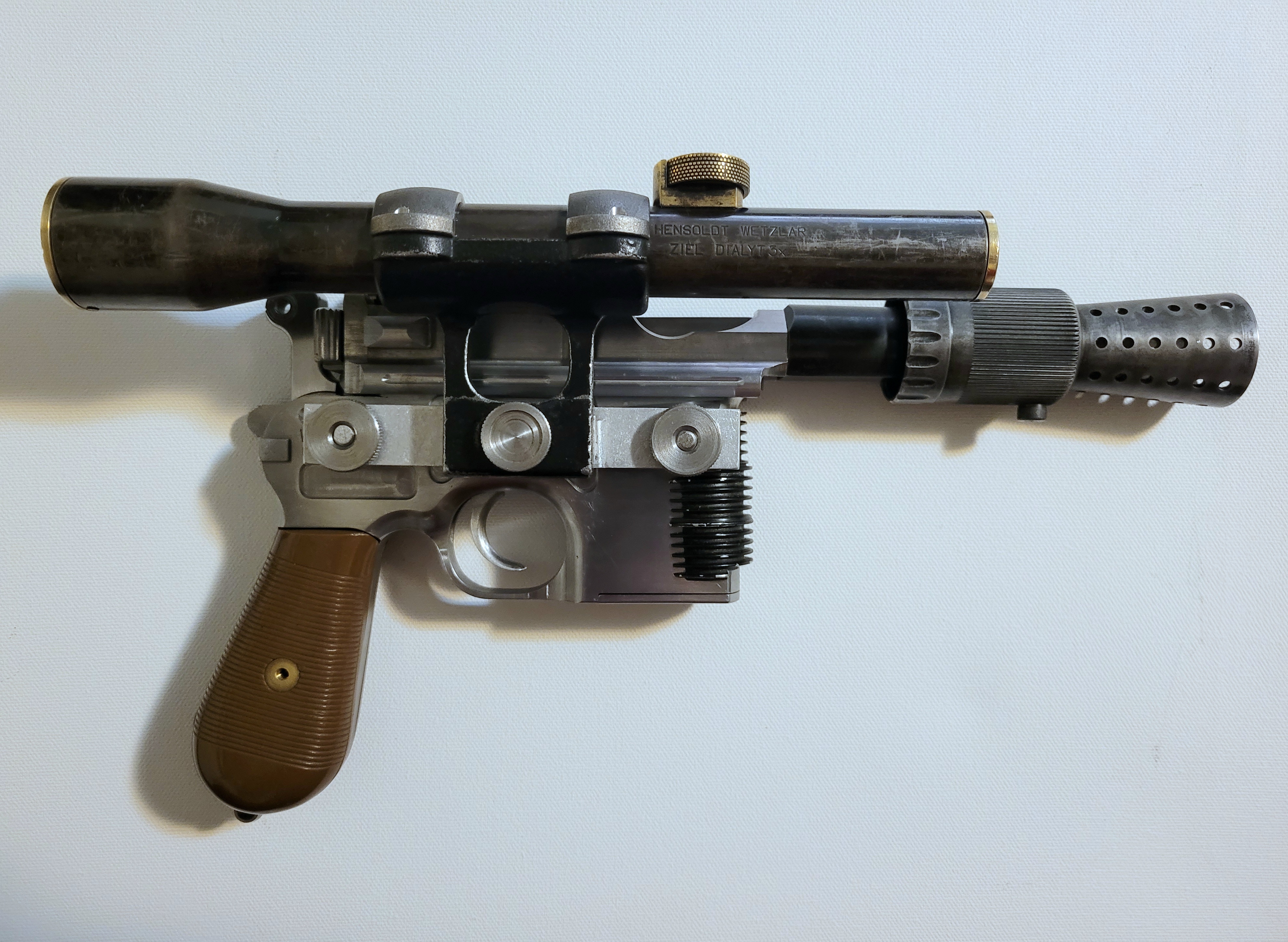 Both the hammer and the trigger are now positioned as they should be, and at least to me I think this is a big improvement! It really helps sell the look of a real Mauser overall, even unfinished; as they no longer draw my eye. 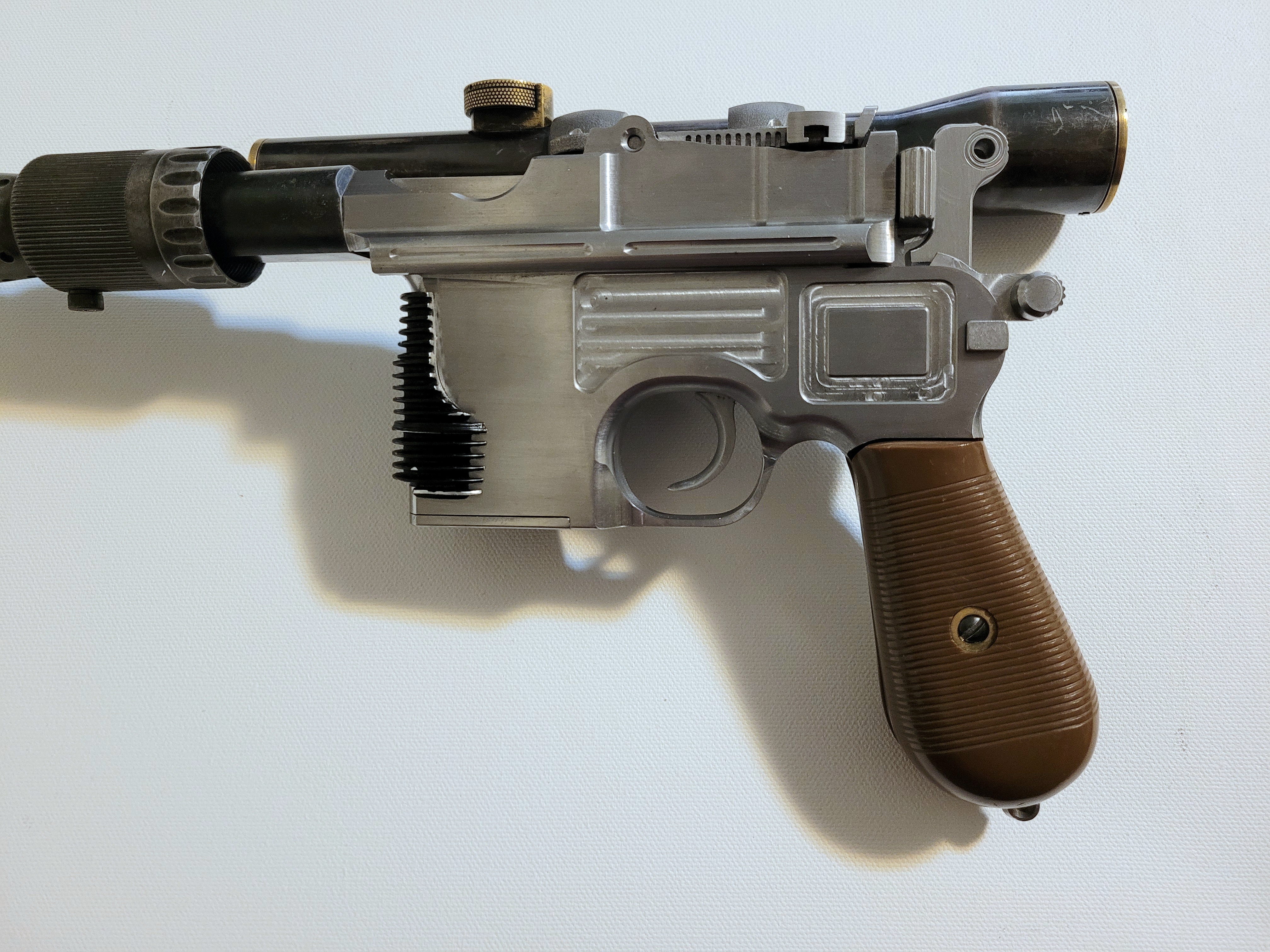 The entire upper receiver was shifted forward slightly, which to my measurements is actually correct to a live fire C96. The upper receiver sitting too far back was, in part, why the hammer was originally forced back at an angle. My blaster is currently a bit of hodgepodge of parts (it is obviously a Field Marshal blaster, although it has an old cast Zamak grill and DEC's original steel scope with the engraving customized). I'd love to get the scope and grill replaced eventually, and maybe the scope mount too - but those are distant ideas still! 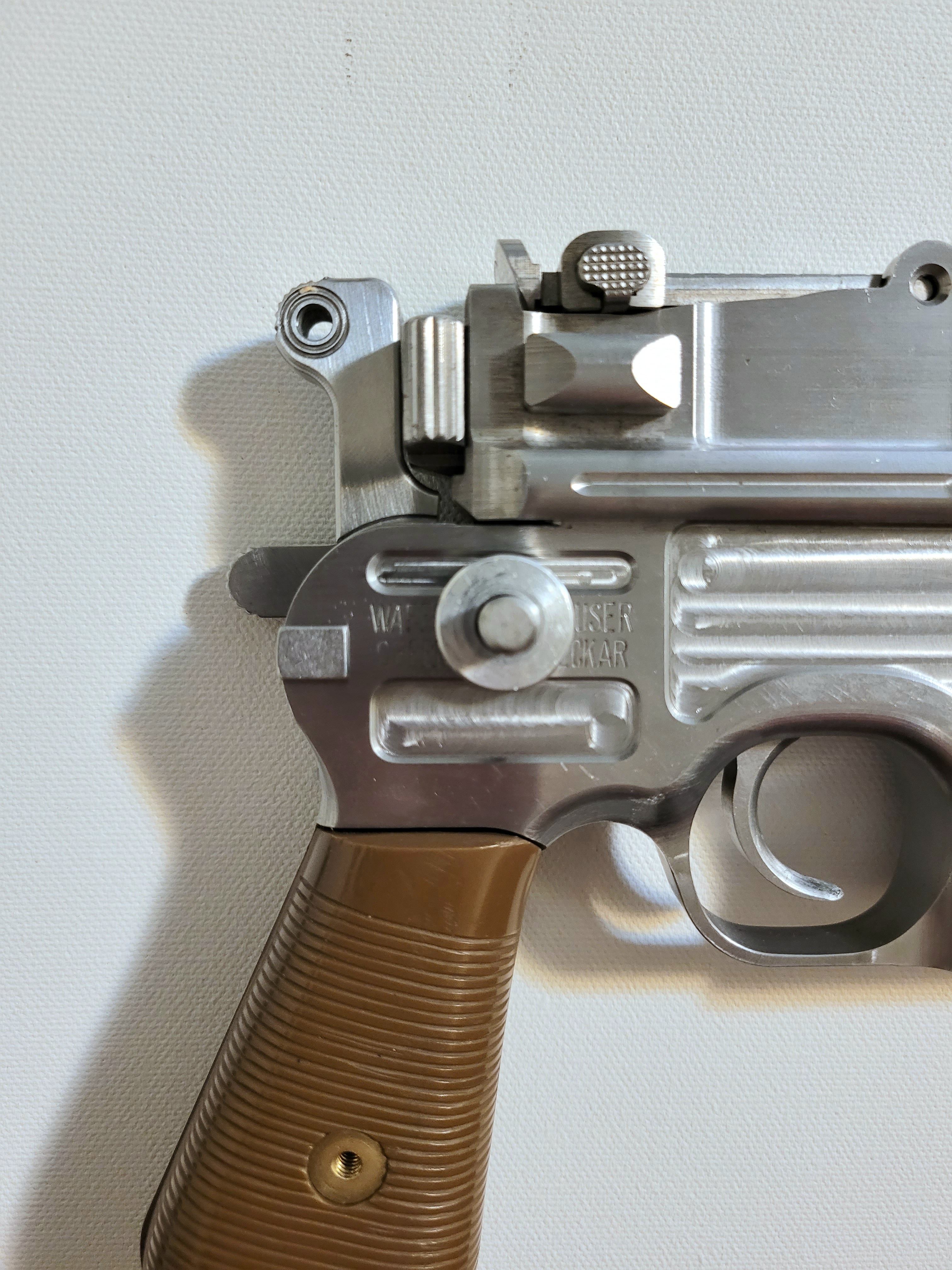 The trigger and hammer both look so much better to my eye! 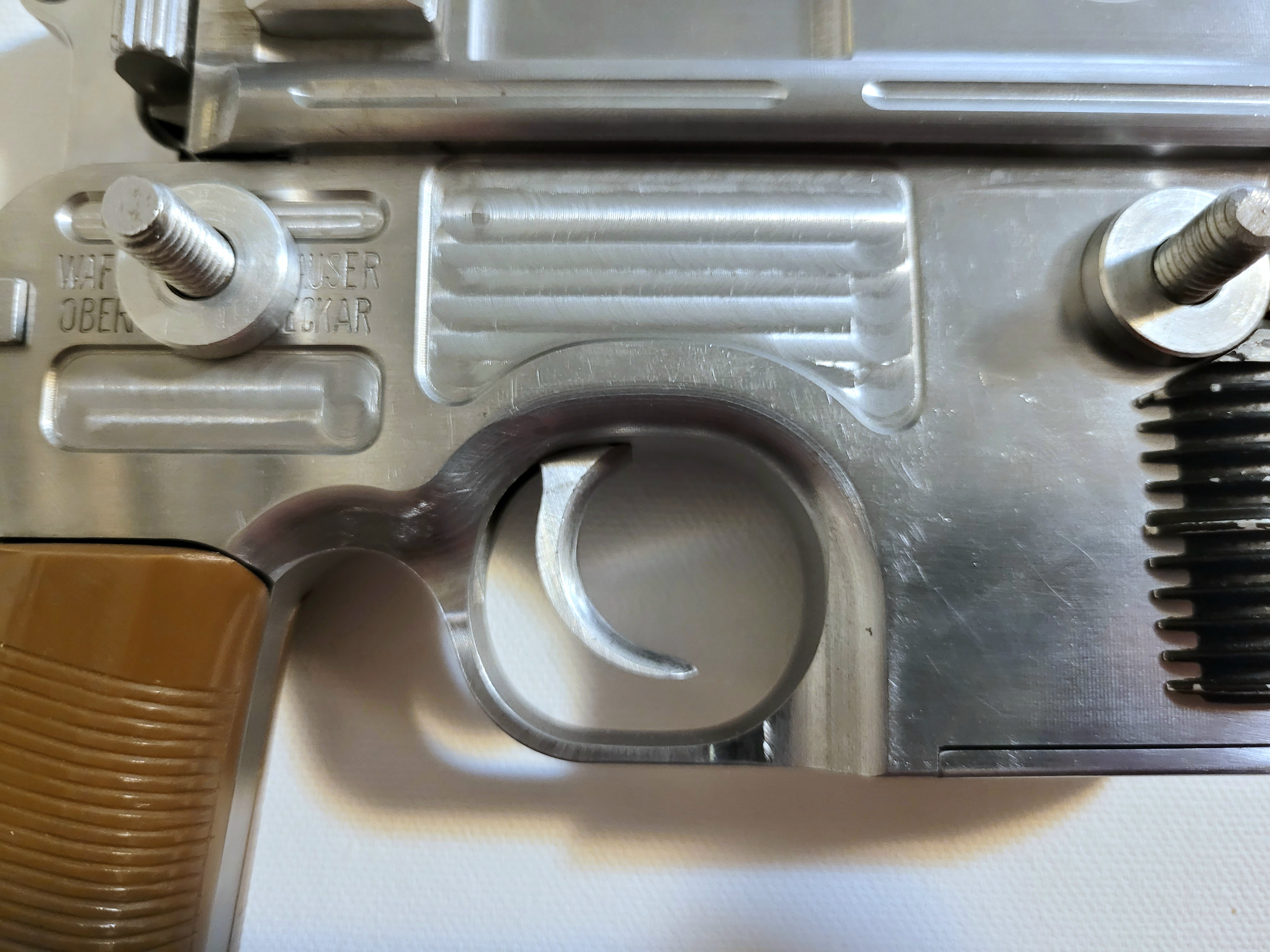 This is certainly not to throw shade or diminish all the hard work that went into this project at all, please don't mistake me! All I am saying is that a solid amount of work is naturally required on a piece like this as it comes out of the box, and I happen to be particular enough to tackle minor details like this! They would have been quite a bit easier if I had the assistance of something like a mill, but it just goes to show you that doing these things by hand is always possible!

Anyways, I hope that you all have had as good a year as possible; and I hope to see some more beautiful work on here still!
Last edited: Dec 2, 2021

Yesterday at 5:37 AM
LegoMan
L

Any one know how often DEC restocks ANH kit