RPF PREMIUM MEMBER
I'm not a big costume guy honestly, but I've wanted a proper ANH Han since I was a kid. I finally got it thanks to the incredible Indy Magnoli... I built the blaster, holster and gun belt myself. And the boots are temporary cheapos. But the rest of it is from Magnoli and I love every piece. Just wanted to share. 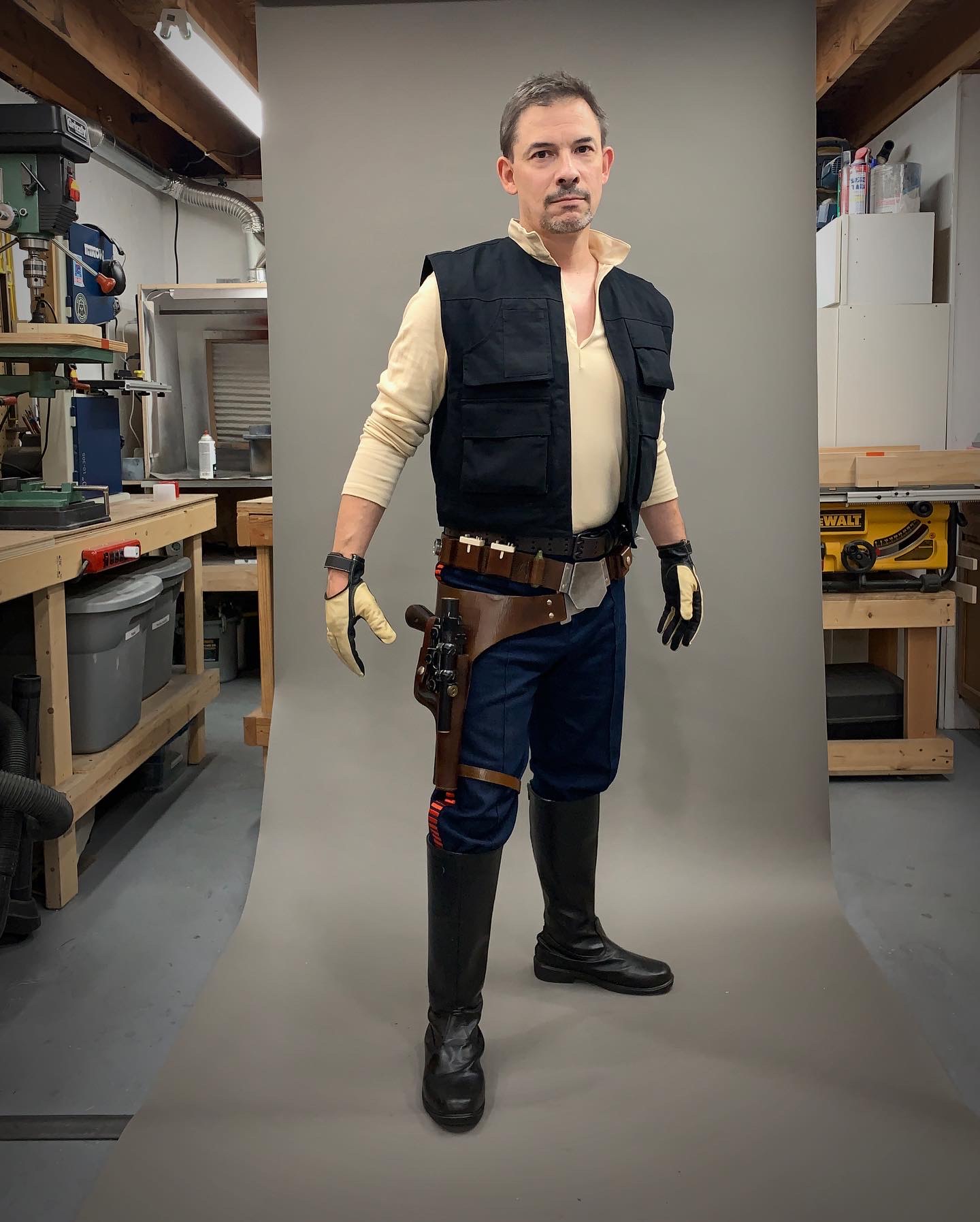 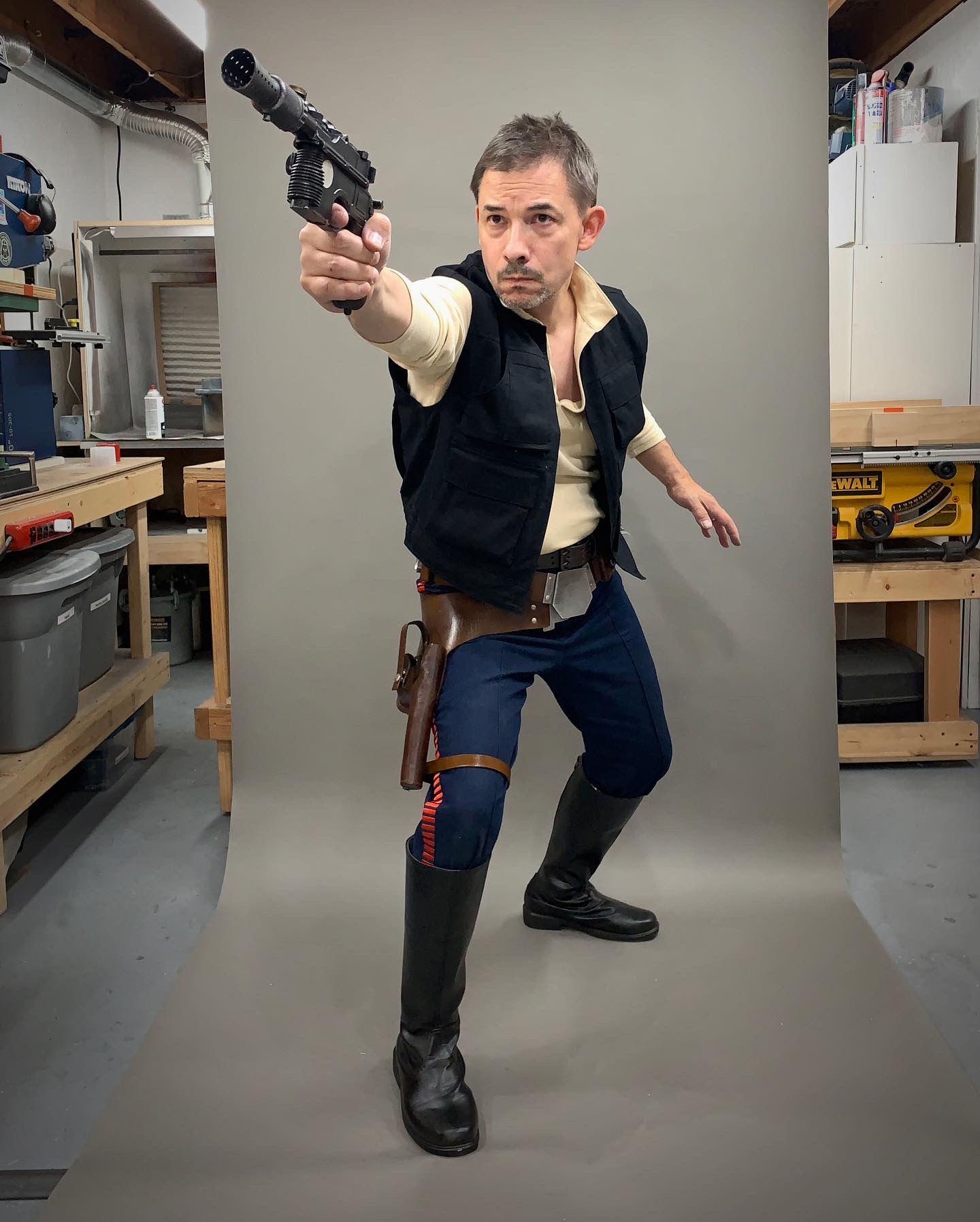 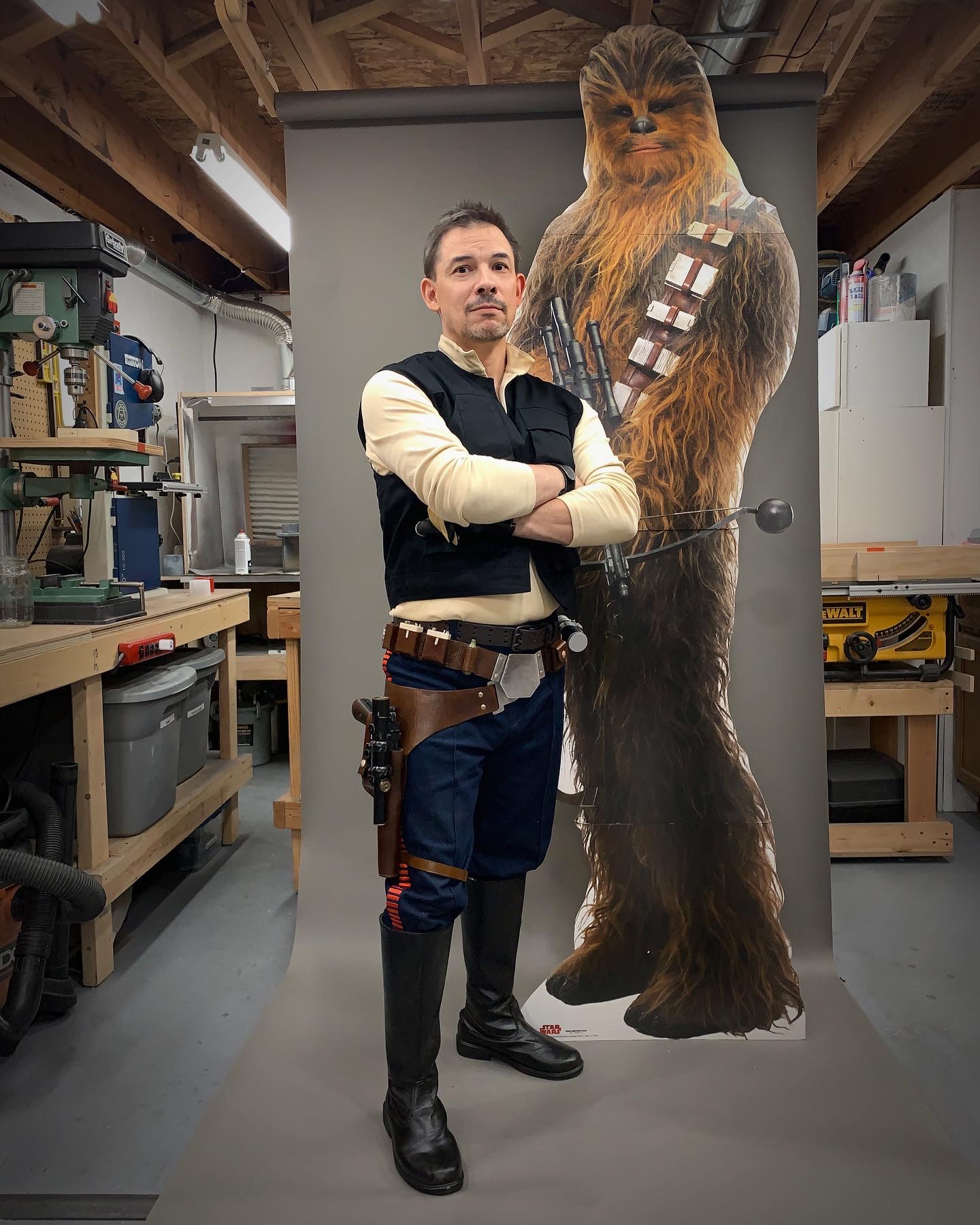 RPF PREMIUM MEMBER
That looks fantastic! Depending on your size I have a brand new pair of Magnoli Falcon boots for sale if you're interested.

Also, and not to make it creepy... but there's someone standing behind you in one of those pics!! Not sure if friend or foe!!

RPF PREMIUM MEMBER
Thanks! The costume boots look better than I thought. And I have a pair of vintage Soviet military dress boots on the way. I know Han wore equestrian boots, but I've heard these are a nice substitute. Plus I'm only 5'7" so equestrian bots are more like "mid-thigh" boots on me.

About the cheap boots, I bought inexpensive vinyl Funtasma boots for my Allan Quatermain costume. On YouTube I found a how-to video on how to paint them to create weathered Jedi boots.

I did it using ordinary Liquitex paint.

I've had those boots for a few years now, I've worn them for a number of different costumes. The paint hasn't come off despite all the wear they've gotten.

Also they're very comfortable! I've spent many long days at Cons and my feet are happy.

Here's how they came (ugly brown vinyl), stippling reddish brown over the dark brown, then drybrushing "dust" or "wear", and how they look with one of my costumes. 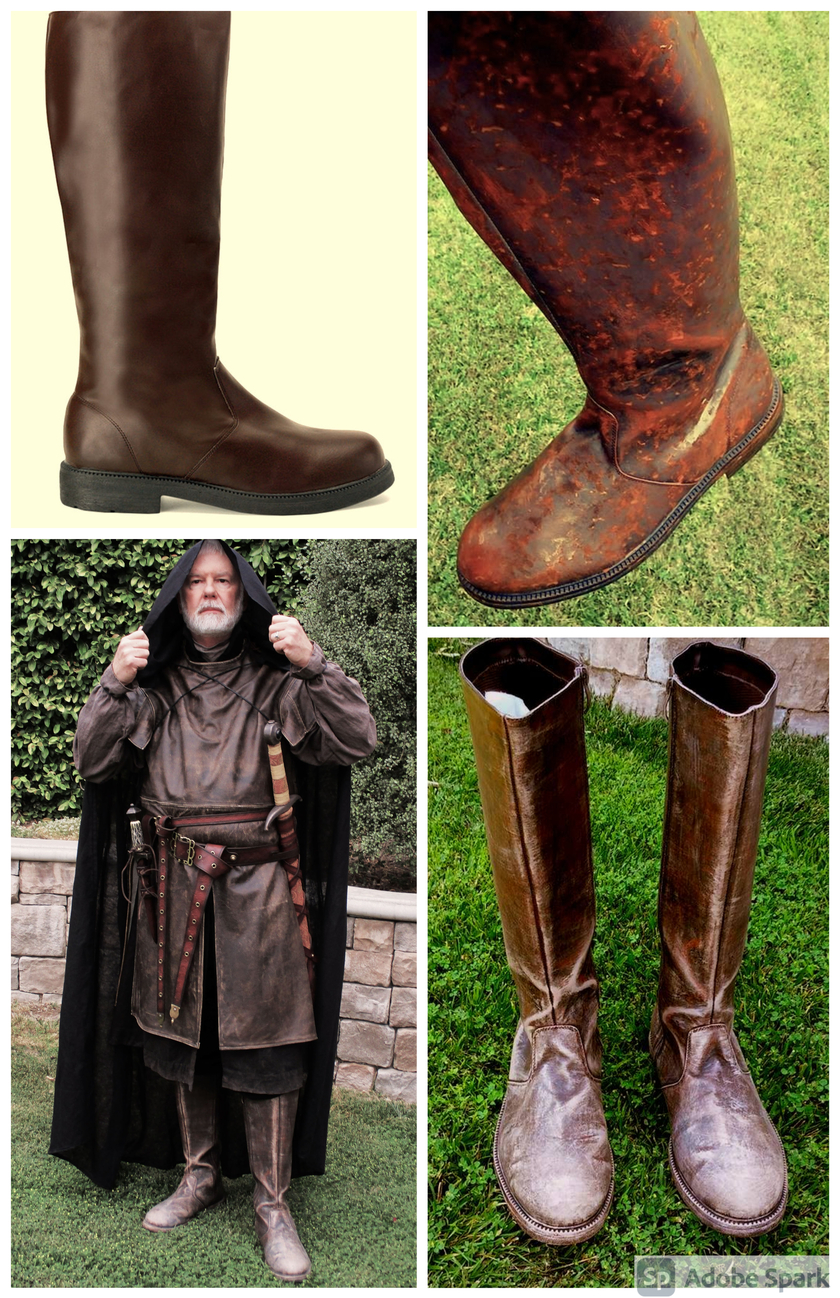 Here on the right is my first attempt, doing more subtle weathering, with Quatermain.

But I saw that it was too subtle to show up well in photos, so I did the more extreme weathering seen above. It "reads" better in photos though it might be a bit over-the-top.

Here it is with a Jedi and Ser Barristan 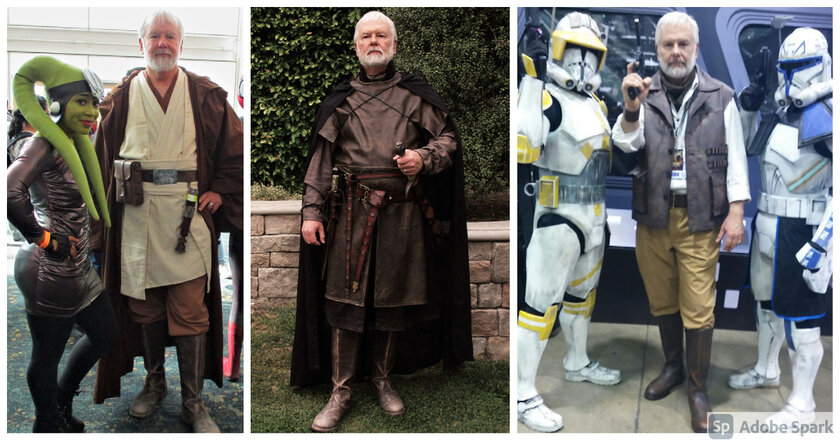 RPF PREMIUM MEMBER
Excellent. Good tips! I'll consider that. Honestly the boots are pretty great. I'll have to see if the Soviet boots are any better. Thanks for sharing.

RPF PREMIUM MEMBER
you look good mate. the hairy guy behind you looks board thought

stussy said:
you look good mate. the hairy guy behind you looks board thought
Click to expand...

glad you got it a play on words for anybody who didn't. bored/board.

That’s up there with shopping maul.

RPF PREMIUM MEMBER
Looking good! Nice work on pulling it all together!

ANH Droid Callers - Did I get them right?