Ancient Bladesaw - Legend of Zelda: Breath of the Wild

It's been a while since I've posted here, so here's a new build thread, for my replica of the Ancient Bladesaw from Breath of the Wild. 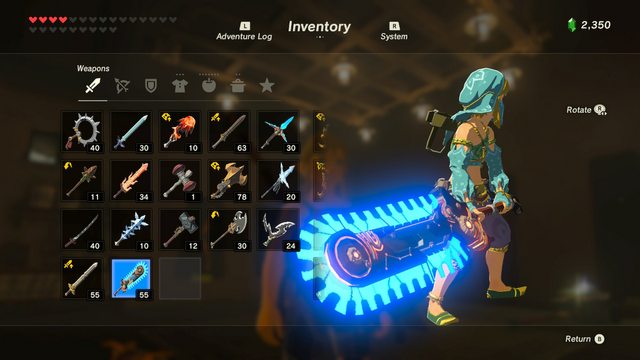 If you haven't played the game, it's a giant glowing chainsaw of sorts. The teeth rotate but since I don't hate myself that much, I used Neopixel LEDs to achieve the illusion of rotation.

Step 1 was getting references. Since I couldn't find any online and I spend too much time making things from video games to actually play them, my friend Dan came over and we hooked up his switch to an Elgato capture card to gather some high res references (one shown above).

Using reference images pulled from BotW, it measured in well over Link's height. Since I'm not about carrying a prop that large around at a con (and most have rules against it), I scaled it down slightly to approximately 5 feet.

The next step was 3d modeling. The initial massing and detailing only took around 10 hours but breaking it up for printing and electronics took easily five times that. It was 3d modeled in Fusion 360! The design itself is relatively simple but making sure it was structurally stable, fit all of the electronics, and had a removable handle for traveling put my 3d modeling skills to the test. Here was the result: 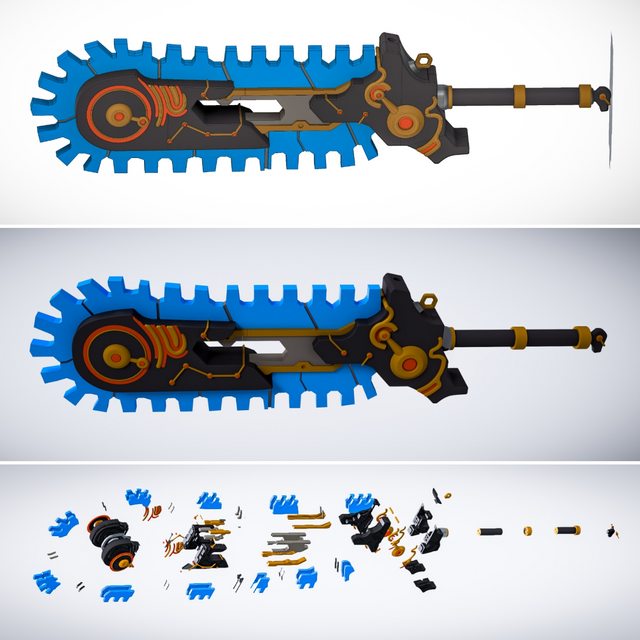 It ended up being 152 individual STL files, with some duplicates, over 170 total printed. I don't have a good estimate of print time or filament used as I was printing it as I got parts finished. That's a terrible way to 3d model but I had a ridiculous deadline for this and had to print while I modeled. Don't be like me, don't set stupid deadlines / procrastinate.

I need to do some digging for more pictures of the printing process, but I'll post the rest of the build write up soon!