This has to be one of the most difficult models to photograph I've ever built... that clear acrylic disk is a DUST MAGNET! Every time I wipe it off, more dust settles on it. I just said "fark it" and took the damn pics.

This is also the first time I've ever built the old 1:63ish kit, and I actually had a great time building it! I was a bit scared to do the lower fuselage correction, but it turned out to be pretty easy to do in the end. Just a couple hours with a razor saw and some superglue later, and it was done! The only other major mods I did were to reshape the pilot's helmet, add some details to the R2 unit, rebuild the engine "intakes", and scratchbuild the laser cannons using brass and 1/2" Evergreen tube. The lasers were the mod I was happiest with, because when you rework those cannons to their proper size, it lends them a really powerful feel that the stock cannons just don't give you. Modding the engine intakes also makes it look a lot closer to the filming mini, especially if you give the upper half the proper overhang and put in the stab in the middle.

The rest of the paint job is original, and dictated by the need to have white fields to apply the custom decals to since I don't have any way to print white and I wasn't about to use white decal paper on the intricate wing patterns. I did have a spare Finemolds 1:48 decal sheet for the torpedo tube warning markings, but I got in a rush while I was applying decals and ended up destroying them... Ugh. At least I had the foresight to print my own versions when I made my decal sheet, but they don't show up very well on the blue hull color. Ah well.

Overall, I'm happy with how it turned out, which is great because it's a gift for a friend! He paid for my plane tickets to come see him back in September, and I thought a model would be an appropriate way to show my appreciation for such a generous gift.

Also, if you're wondering what "New Lunar Republic" refers to... well, he loves My Little Pony: Friendship is Magic, and it's a reference to Princess Luna, his favorite character. It's not a special squadron of the New Republic or anything, lol. But I was amused that the New Lunar Republic logo bears a similarity to the Rebel Alliance logo, and figured it would look great on the wings.

Anyway, on to the pics! 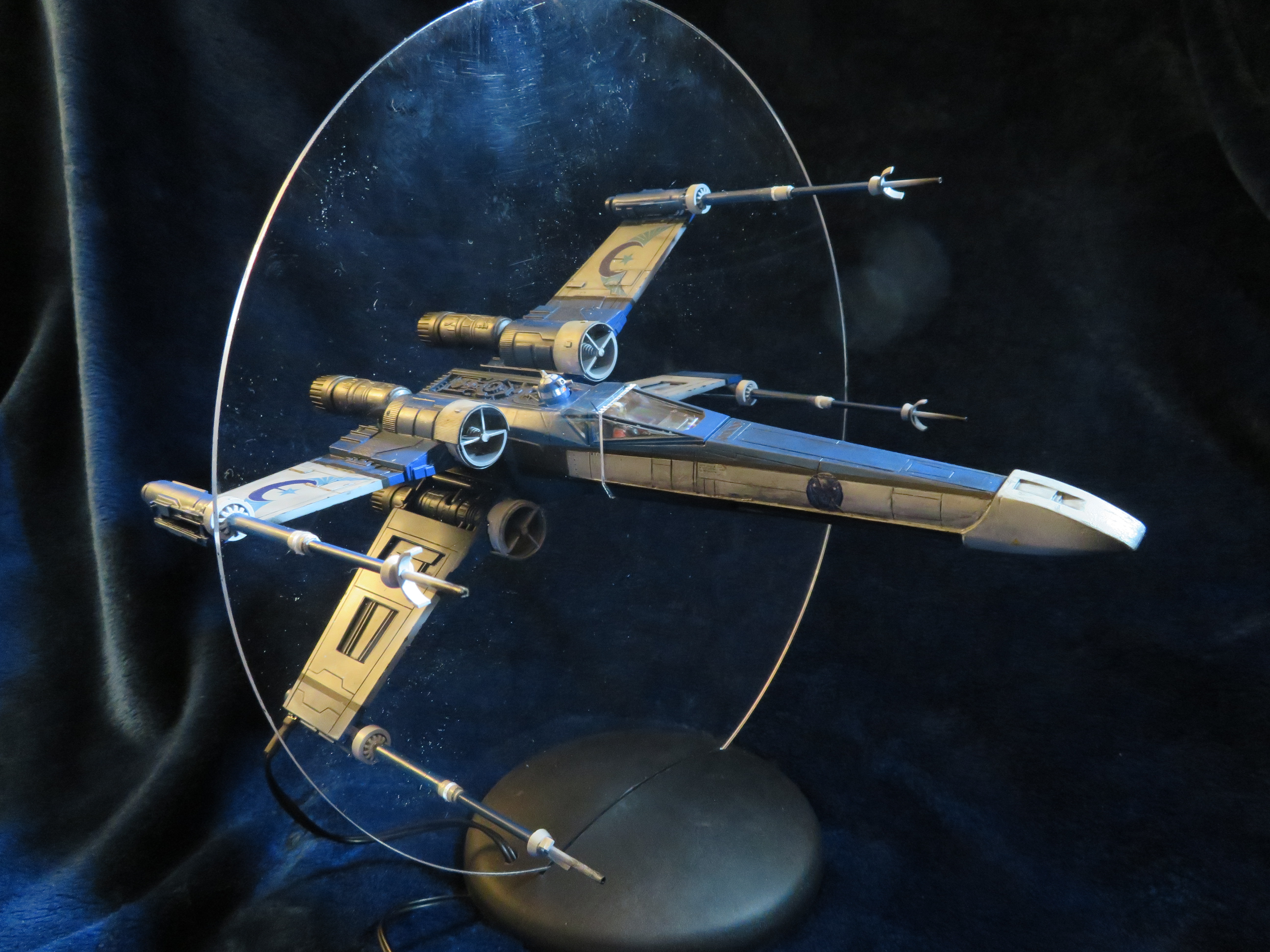 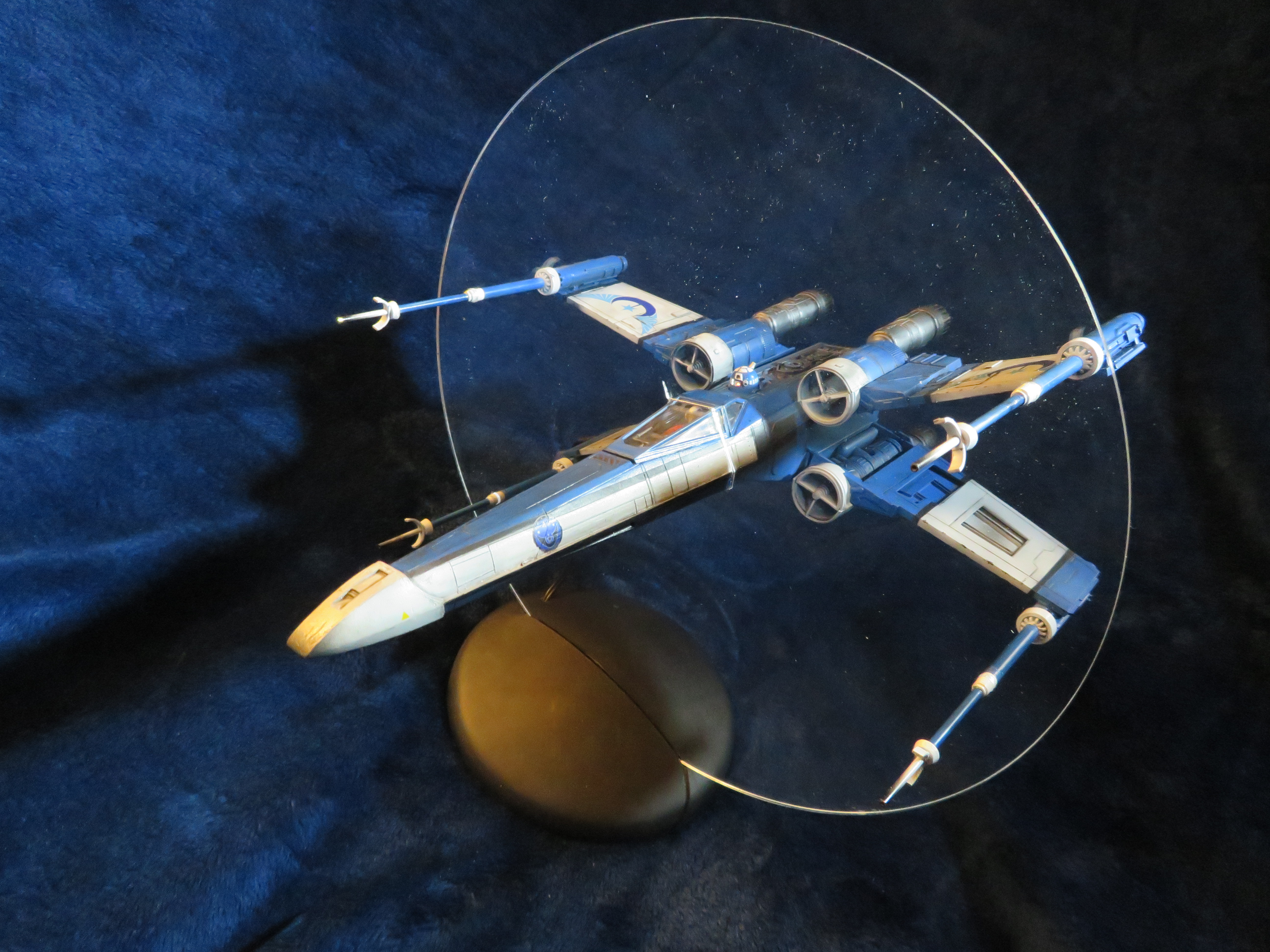 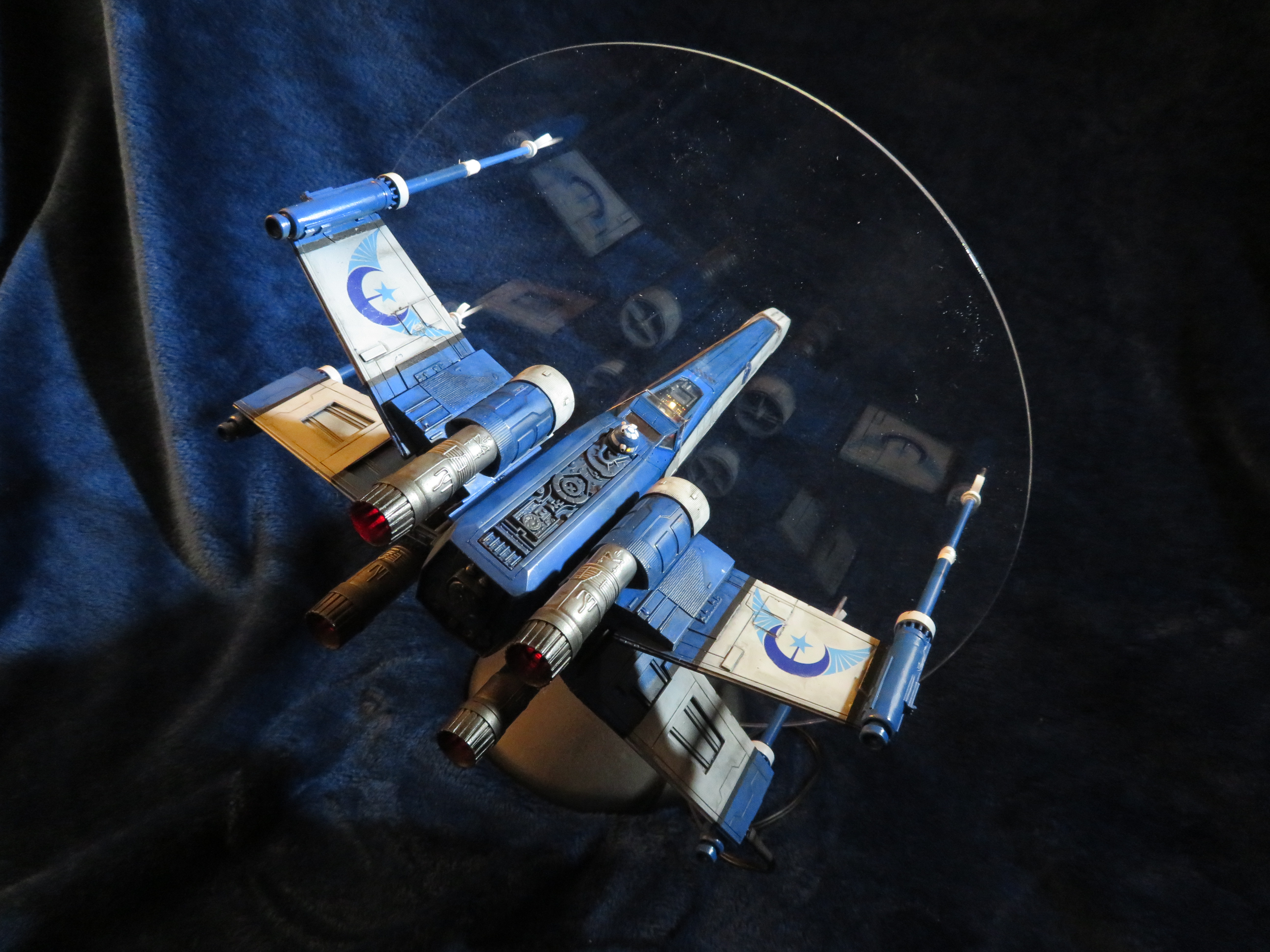 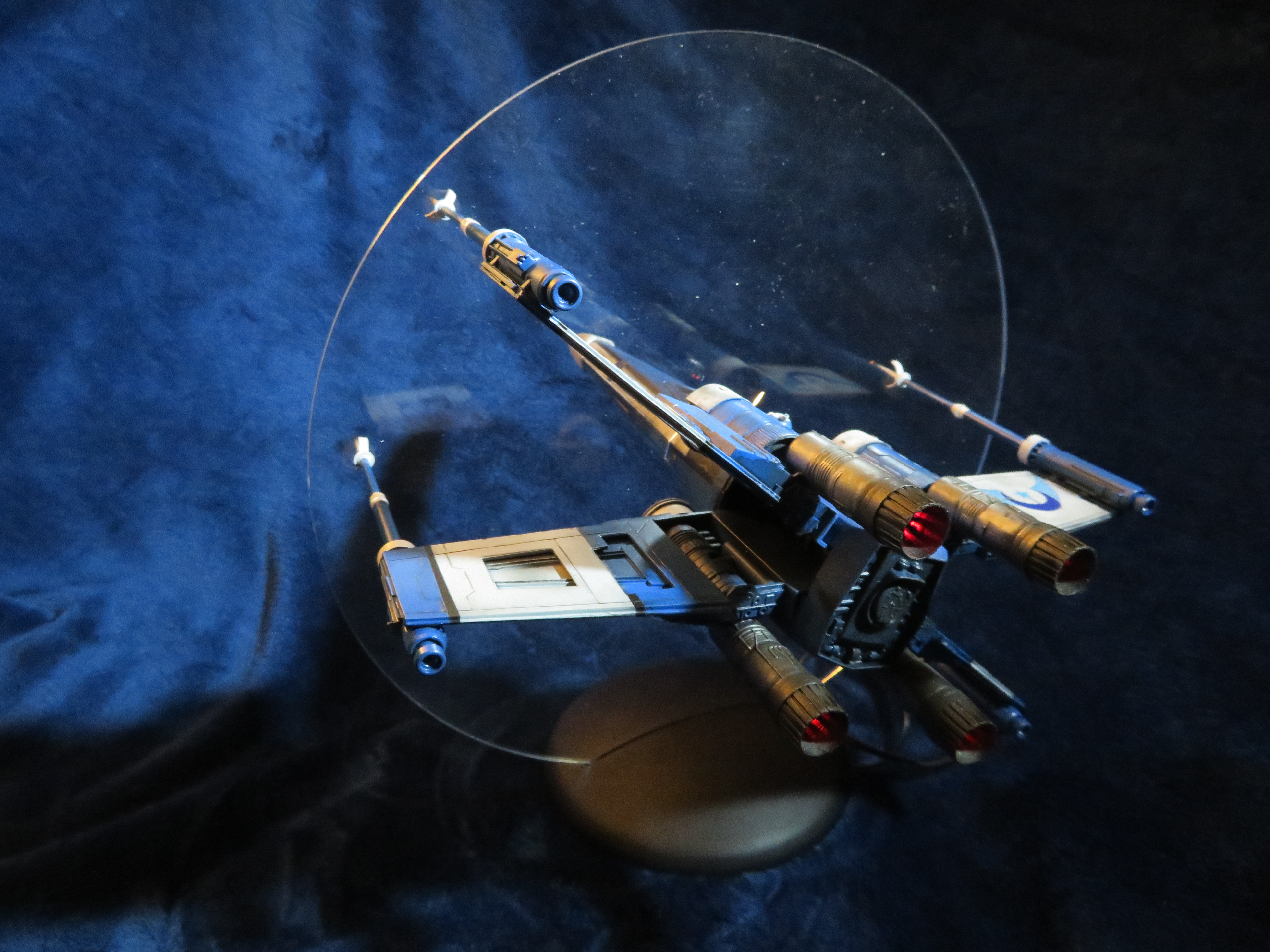 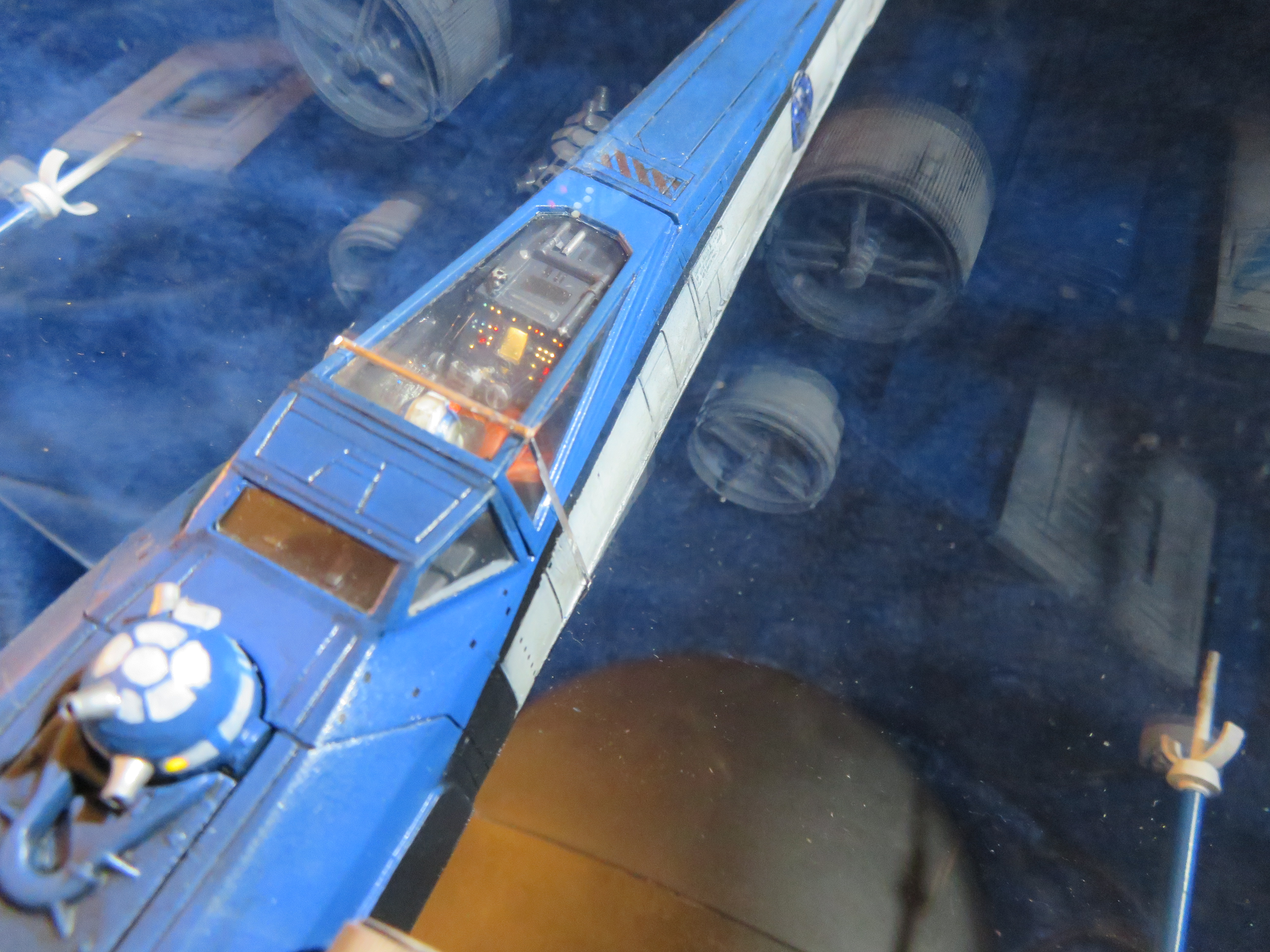 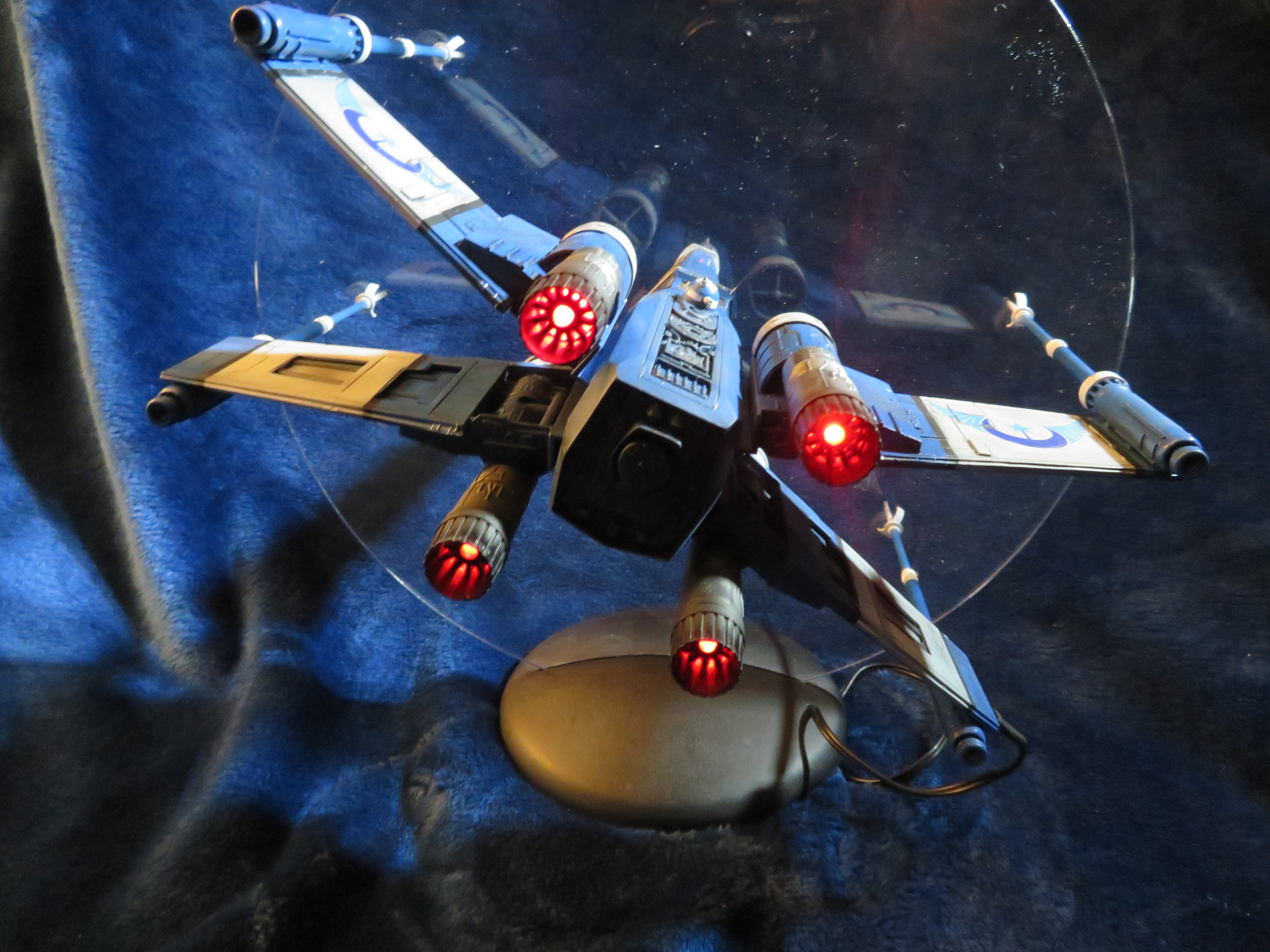