I have been going through 35 years of project photos and came across some "making of" shots I didn't remember having and thought I would share them.

When we heard they were making an Ironman 2, (2009) I thought it would be interesting to show the director, an all aluminum helmet, polished and anodized in the classic red and gold colors.
At the time a very talented metal worker, Greg Wosnak was working for me, and he decided to make the helmet, by raising the skull of the helmet from one piece3 of aluminum.

Raising and dishing are the two main techniques for forming metal. Dishing stretches' the metal (like blowing up a balloon) and progressively makes the material thinner. Raising is more like the paper cup for a a muffin, is compresses the metal, making it thicker as it's compressed to form the helmet. Raising gives you much more control over shape and material thickness, but requires more skill.

Greg first made a pattern on a head cast, and went about forming the helmet, using 1000 series aluminum, which is dead soft and barley work hardens. Unfortunately the helmet was never completed, but here is the beginning steps of the process. At one point, after so much forming the aluminum needed to be annealed (softened) This can be done by putting a light coat of soot from a rich acetylene flame on the aluminums surface, then heating the aluminum, with a neutral flame, until the soot "burns off".
Unfortunately, Greg got the aluminum just a little too how and melted the surface on one side of the helmet. I suggested we could treat that side as "battle damaged", but Greg had became discouraged and didn't proceed much further. Also by that time, it was clear the production of Ironman 2 was well under way.
The last 2 shots are as far as the helmet was completed. It needed a little more clean up hammer work (Called planishing), then it could be sanded and polished. We would have then done some detail file work to define the smaller mechanical details, then a final polish, then anodized the helmet, but it never made it that far.
However, this is a nice illustration of how clay-like aluminum can be with proper hammer technique. 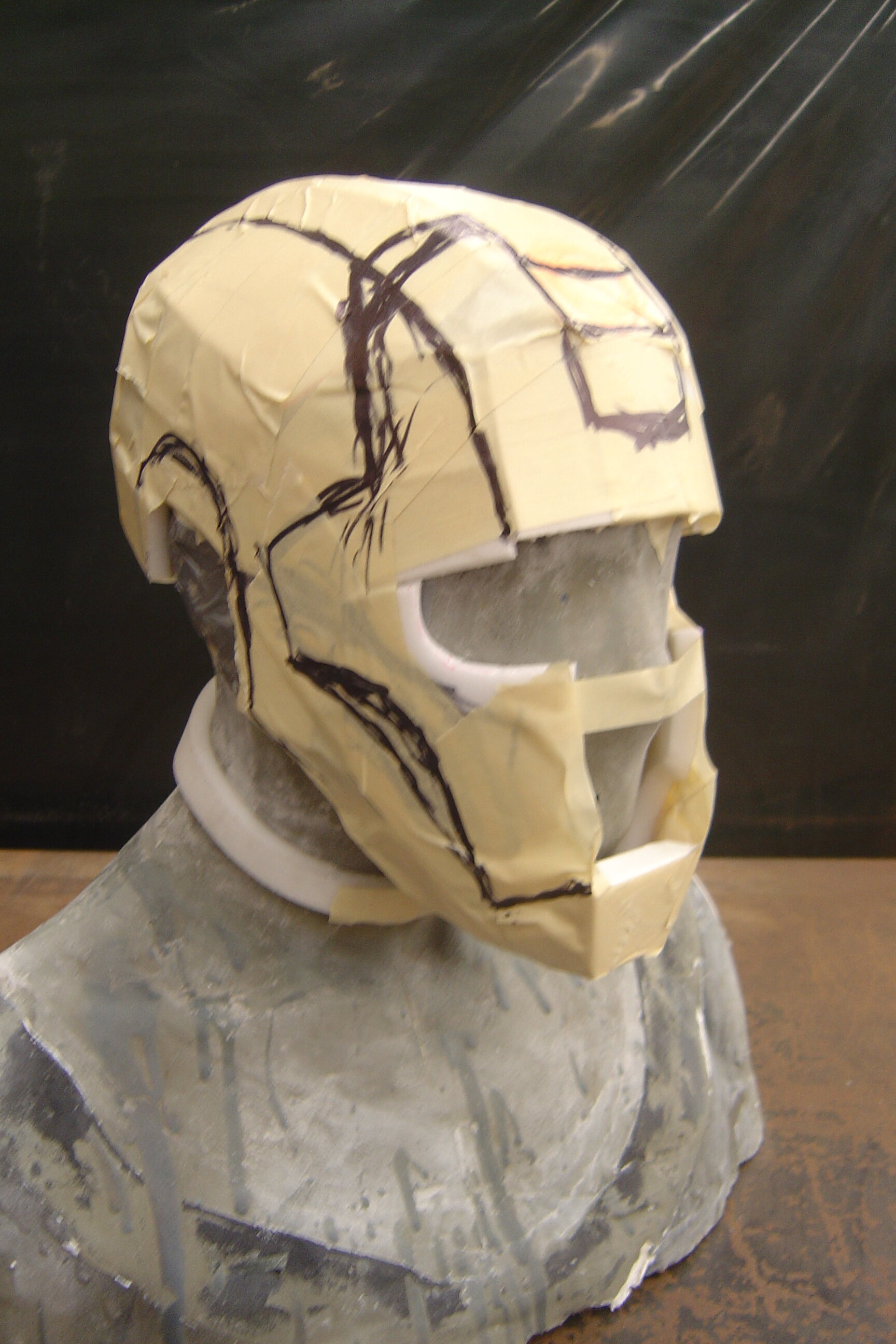 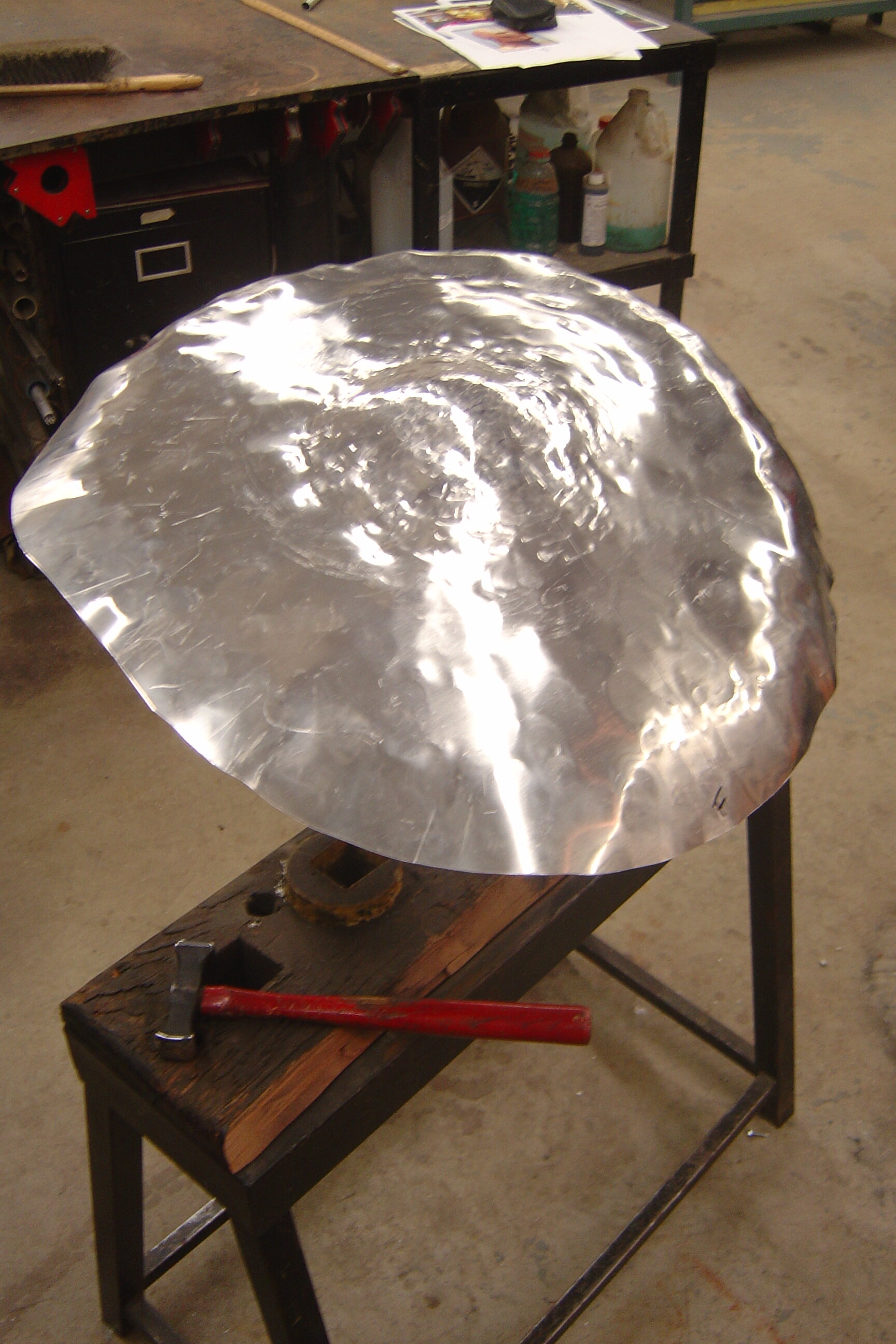 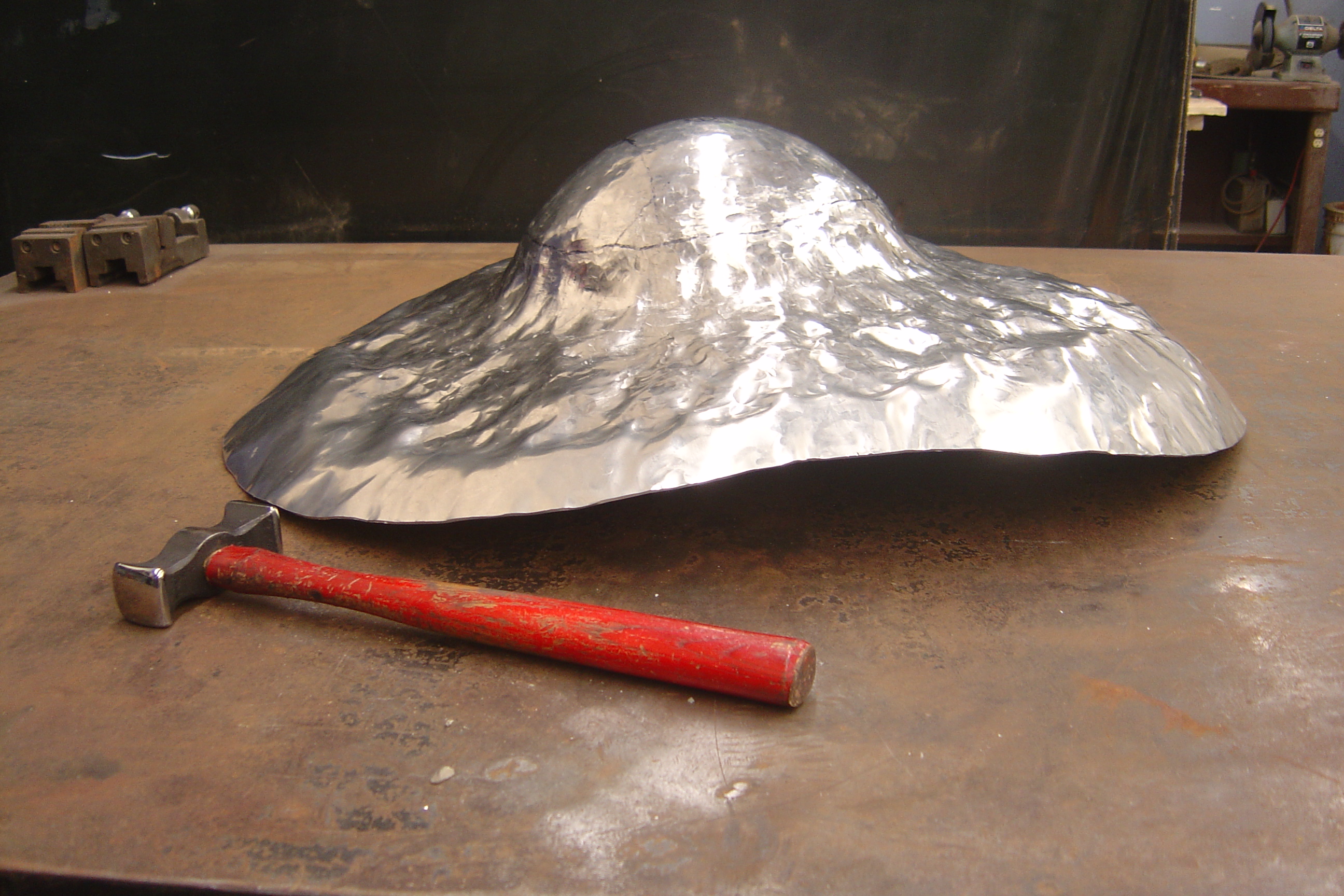 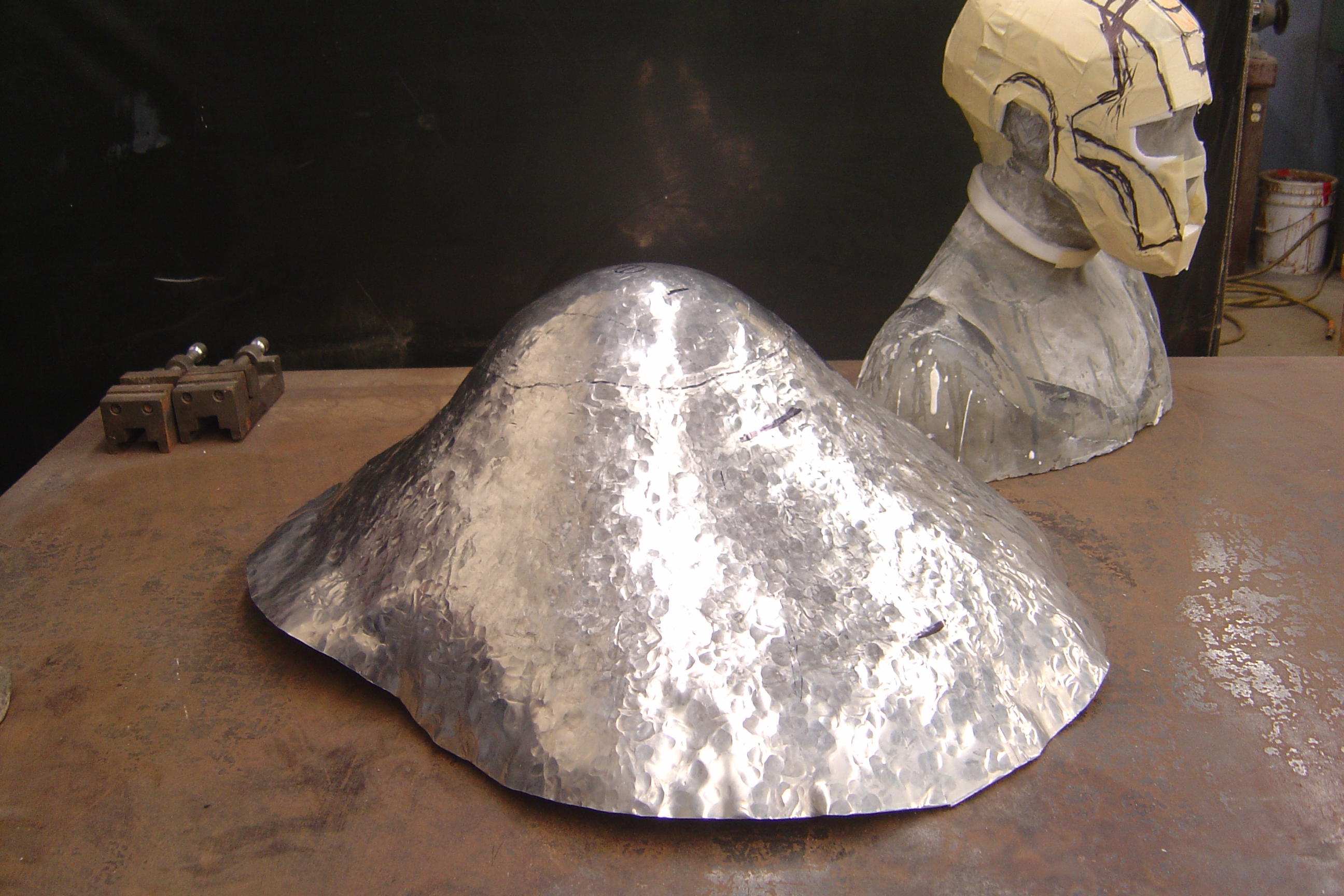 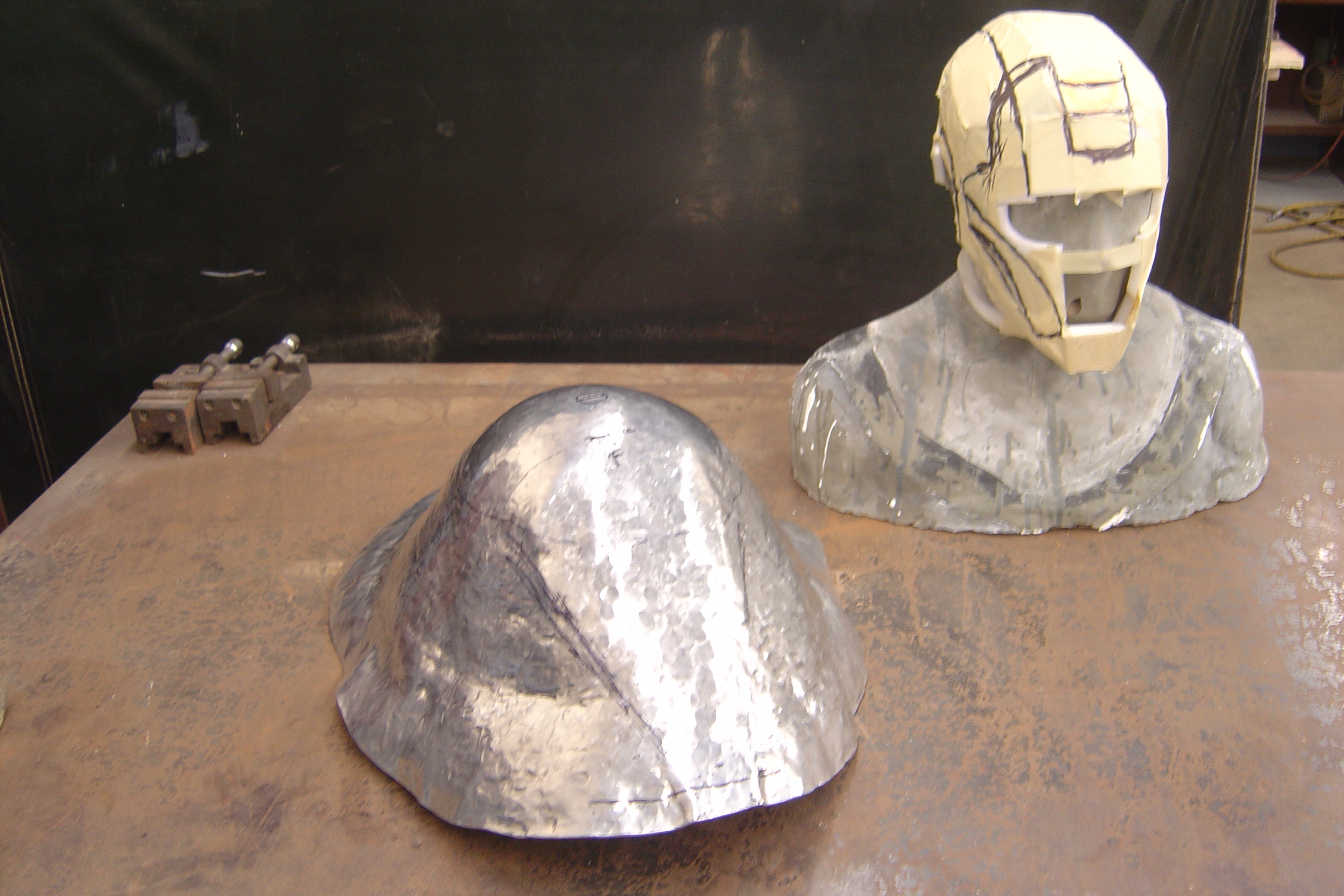 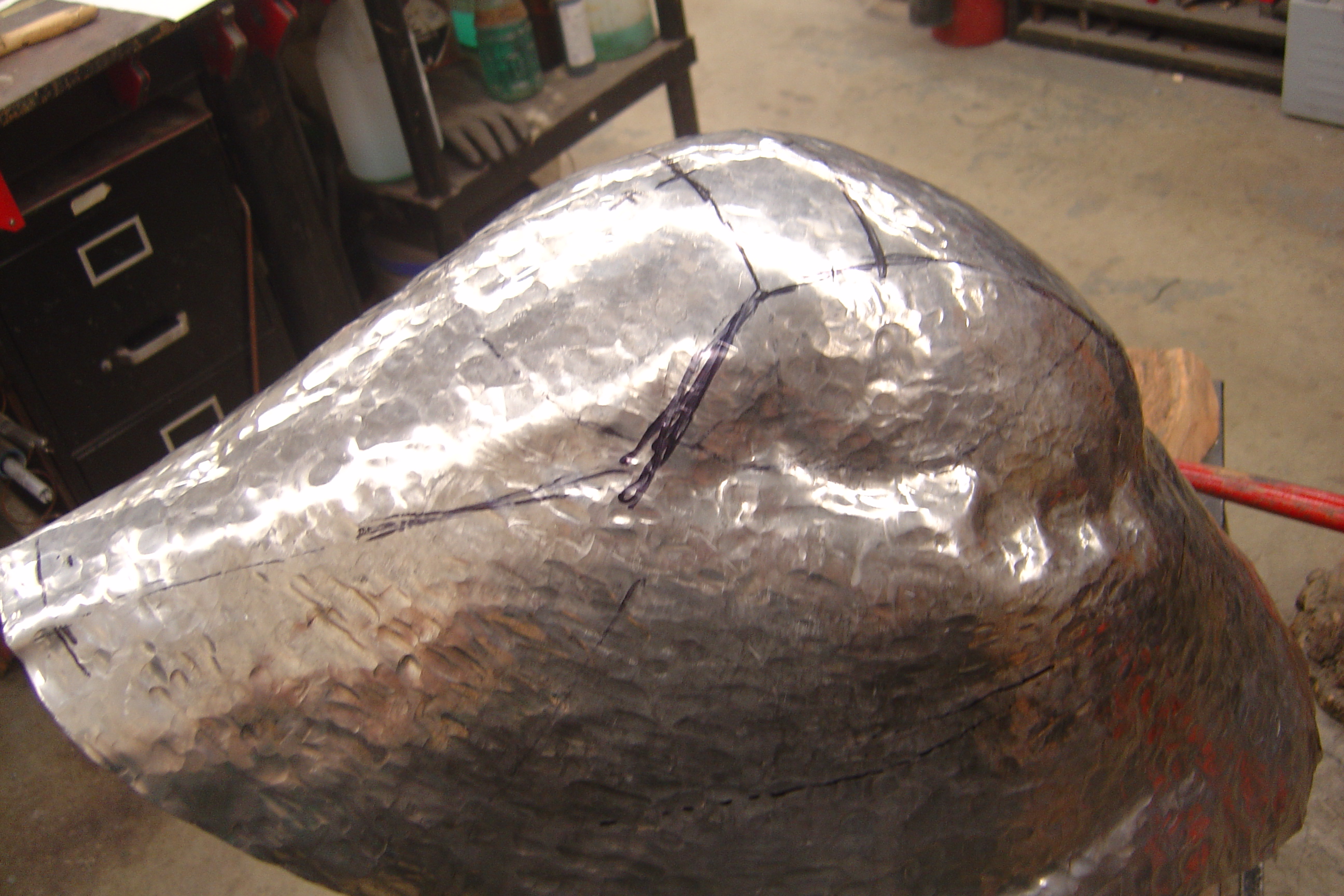 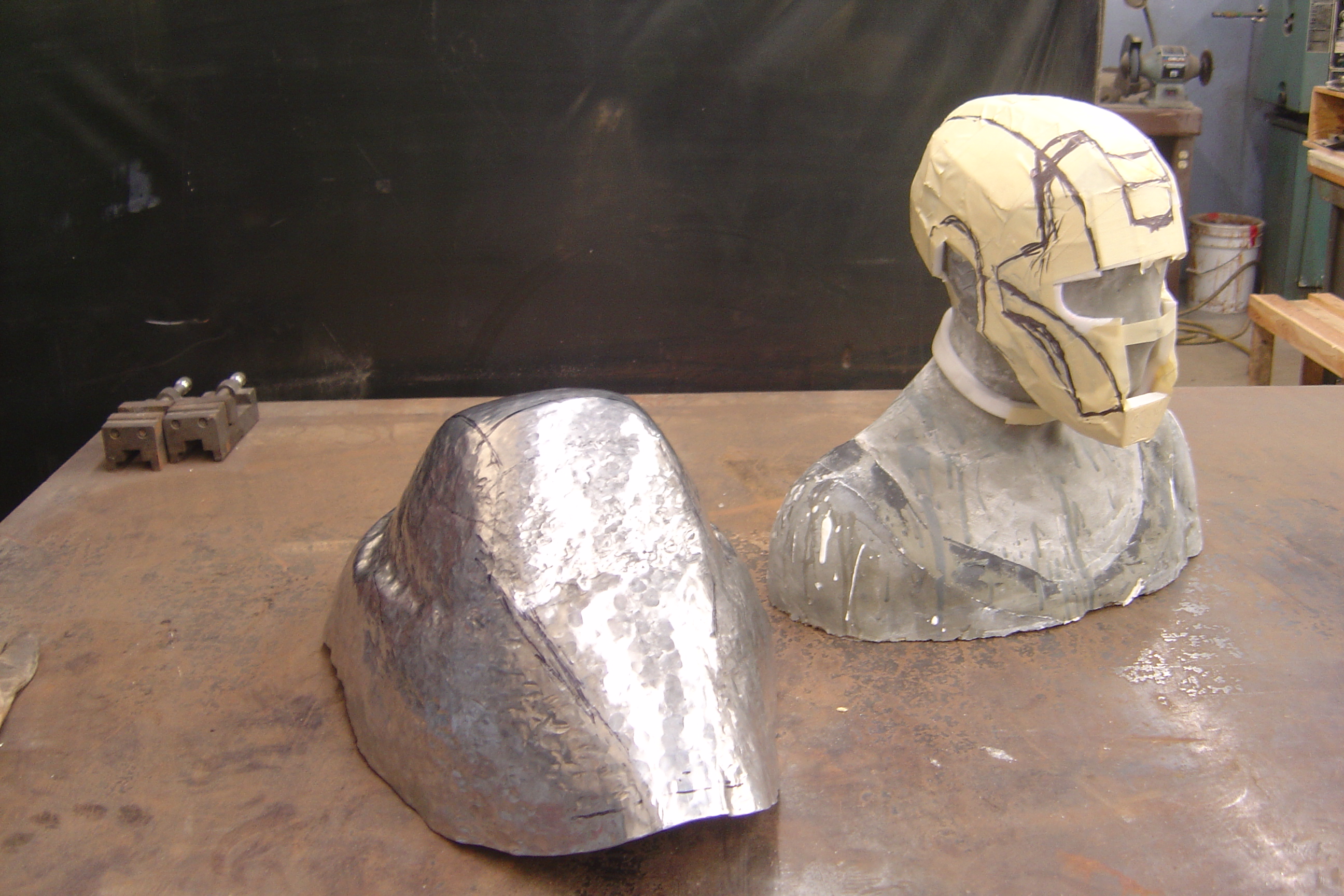 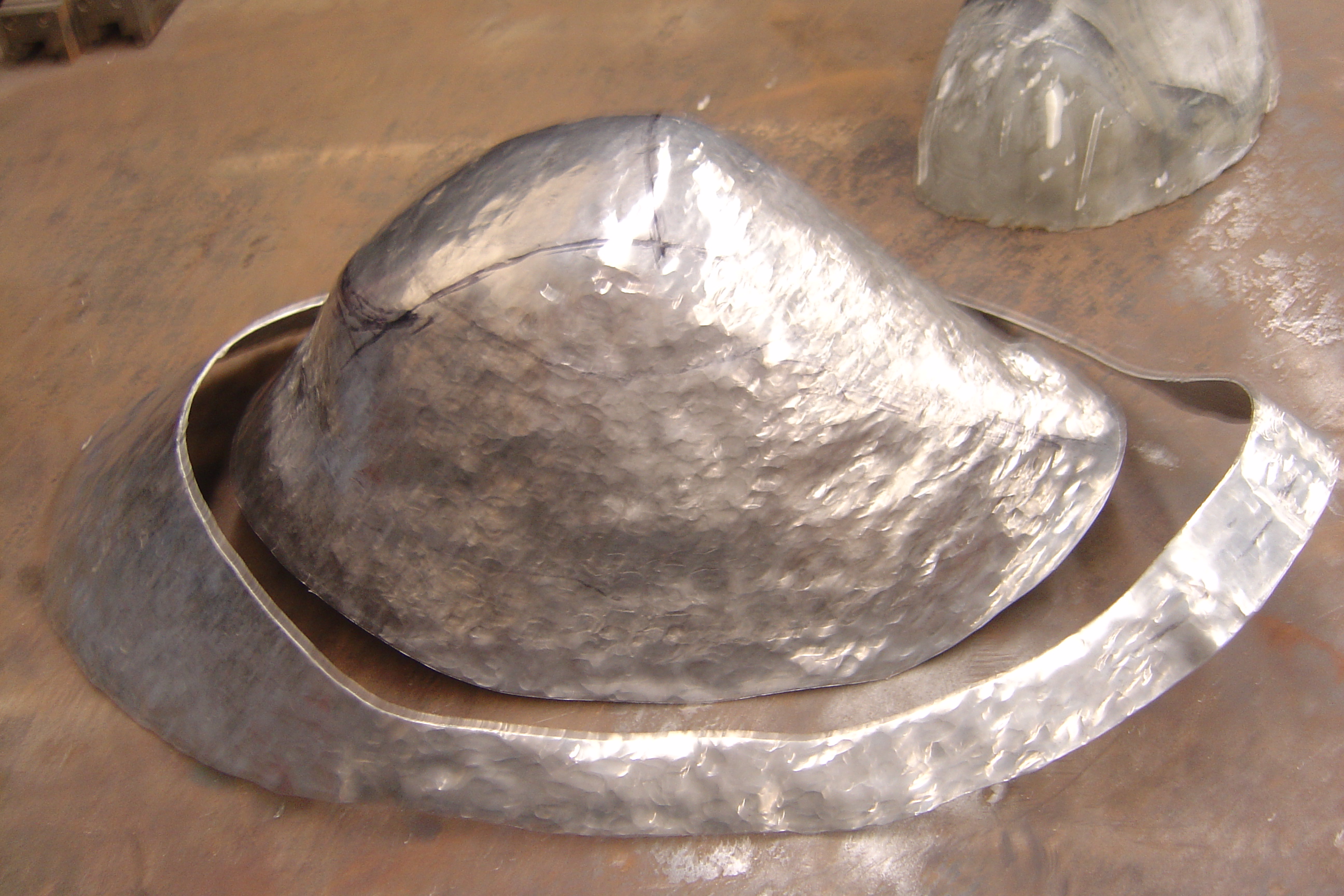 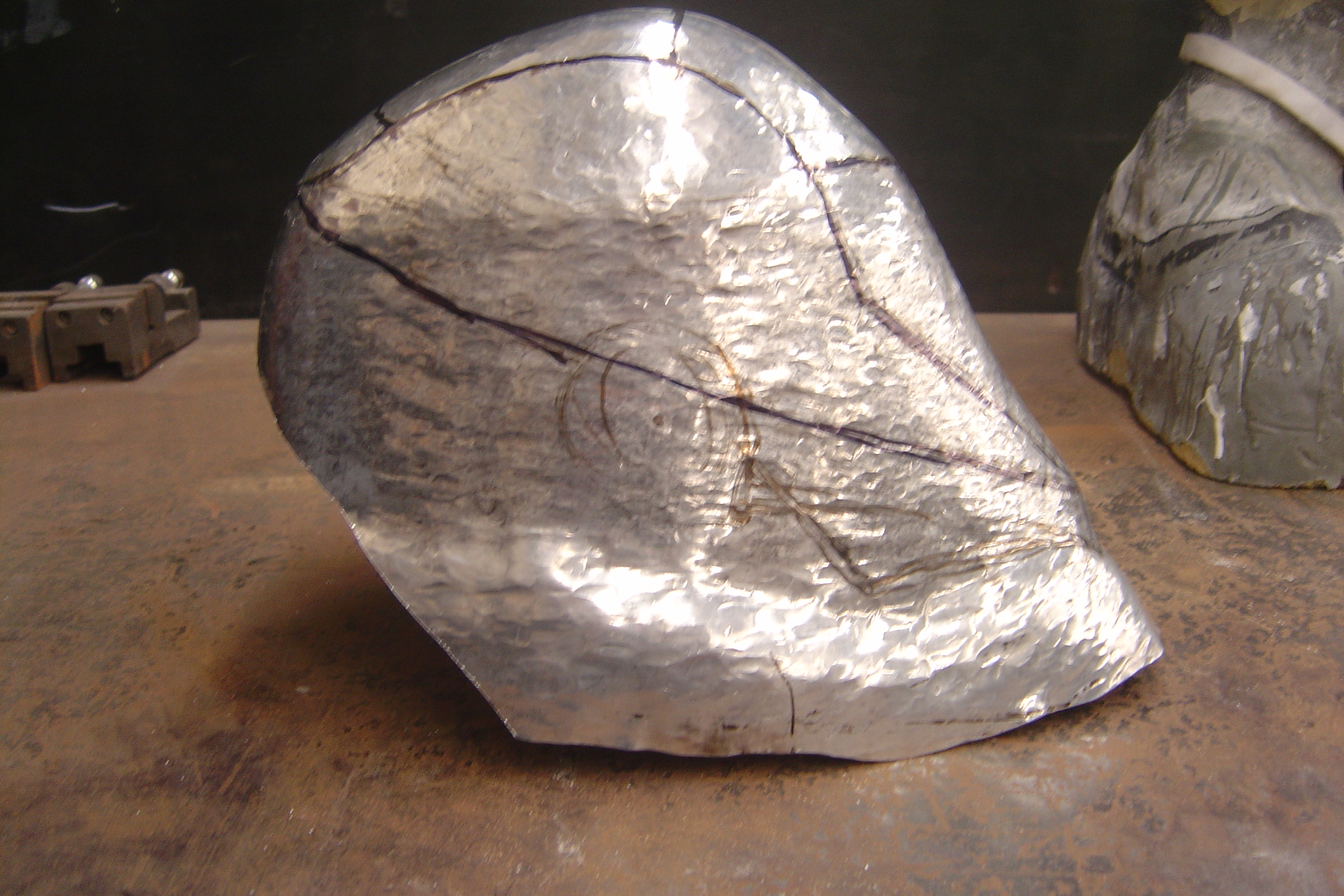 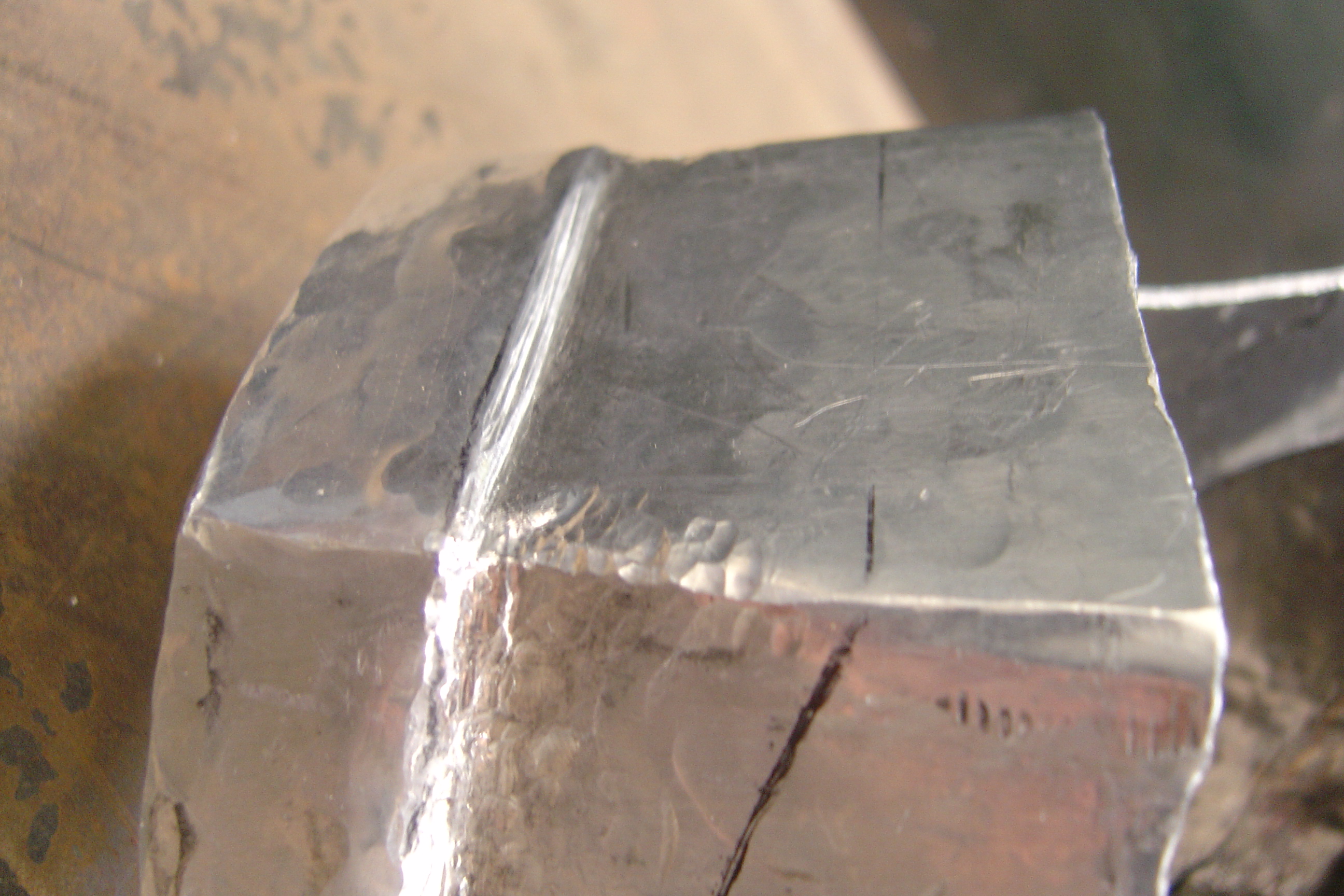 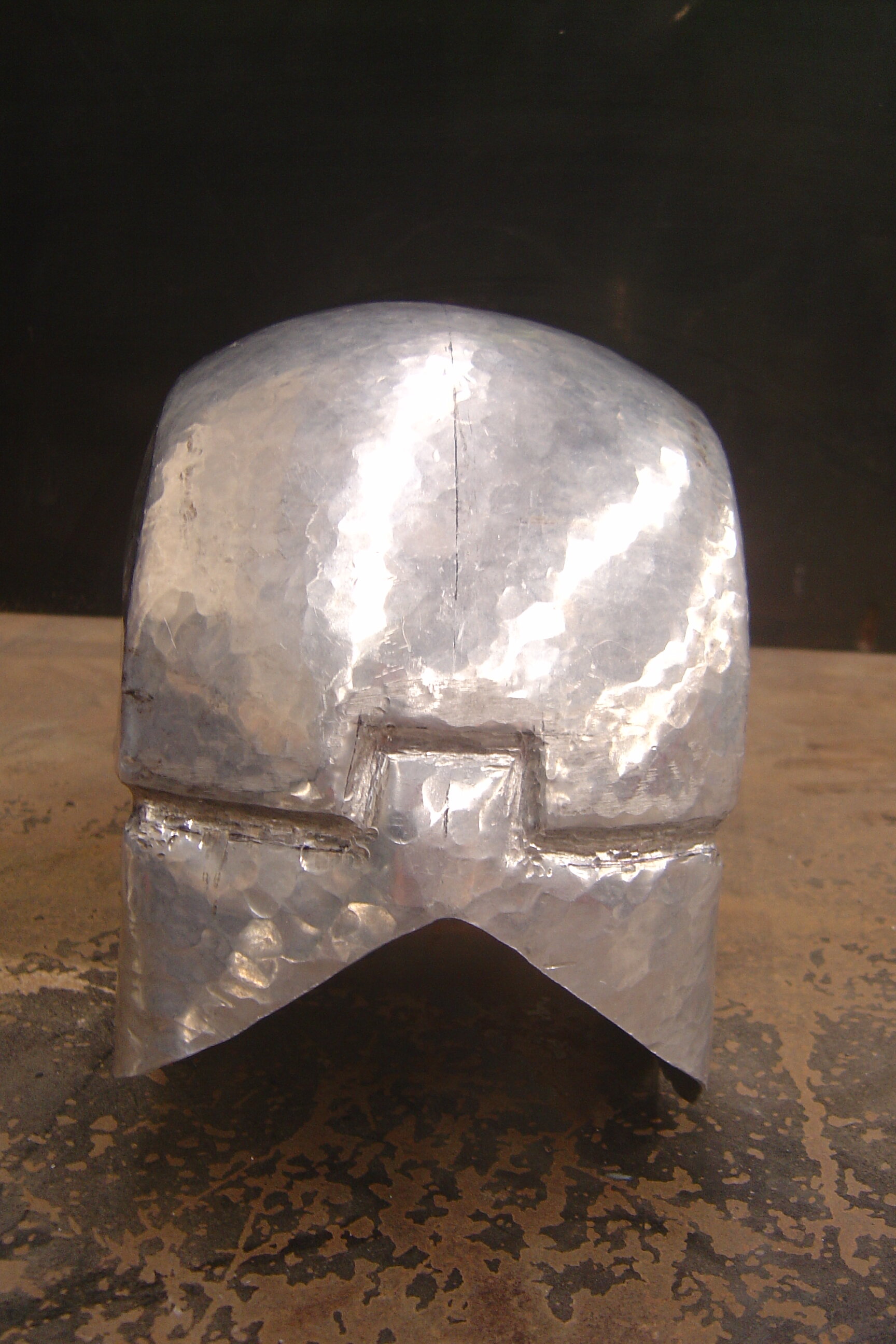 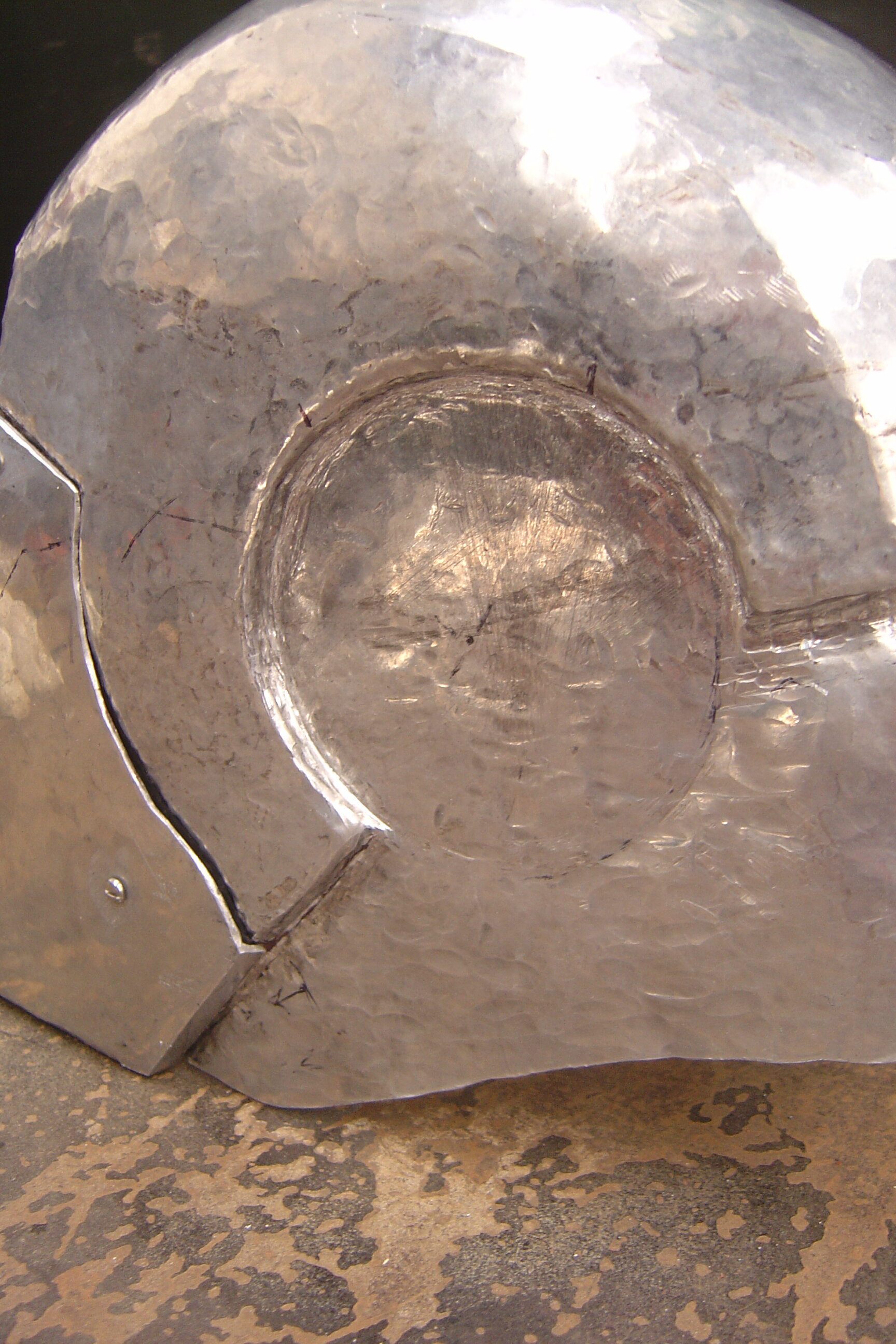 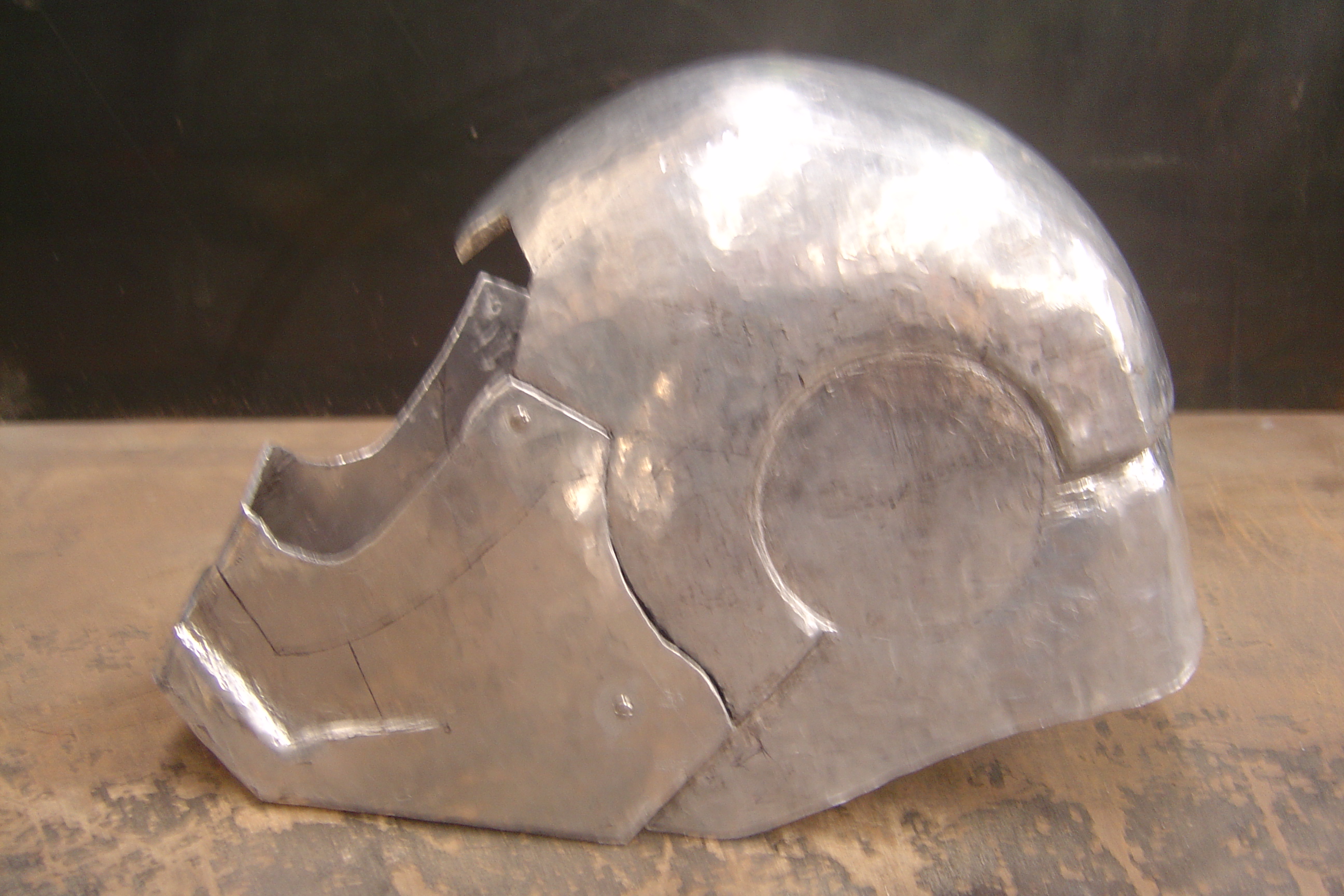 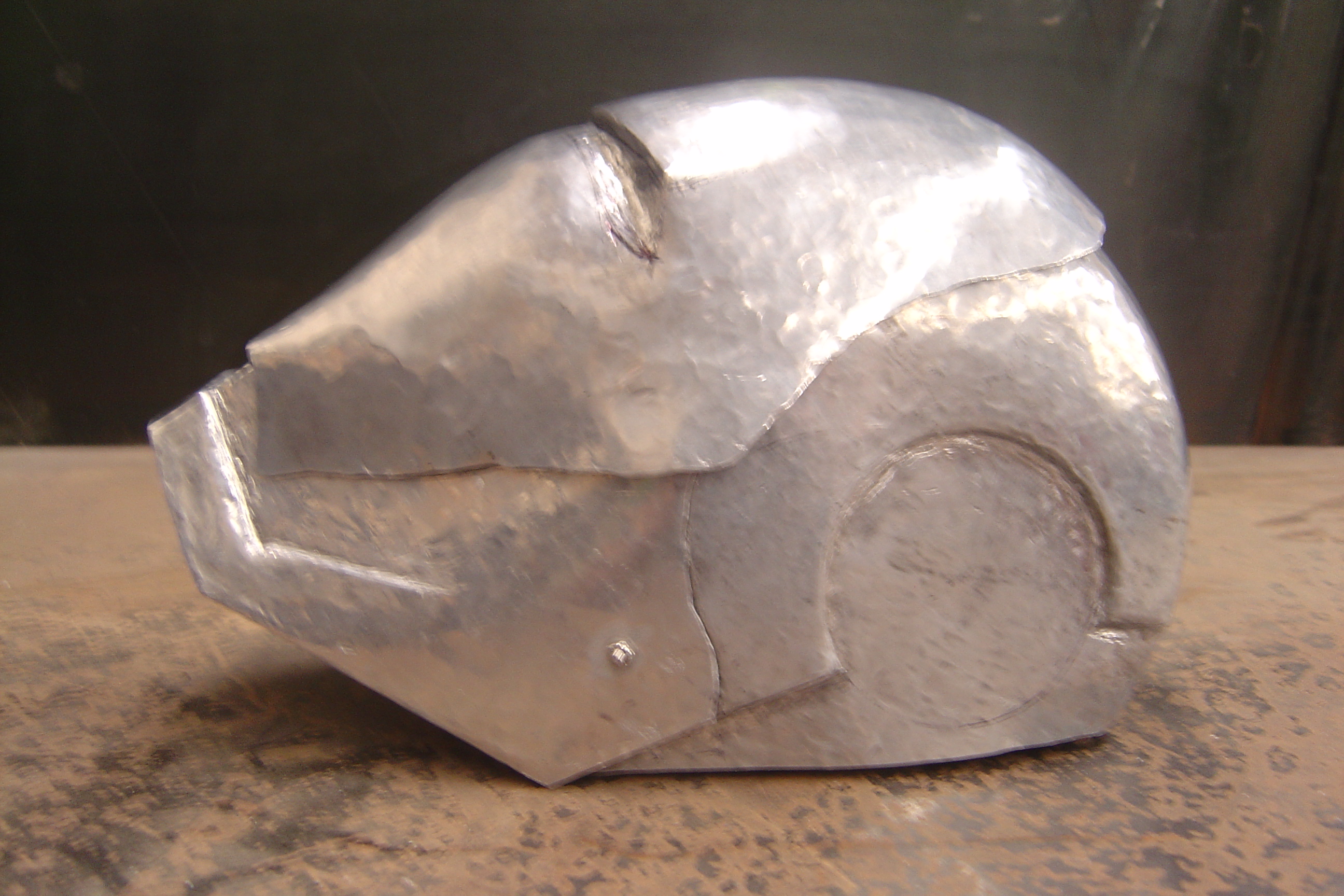 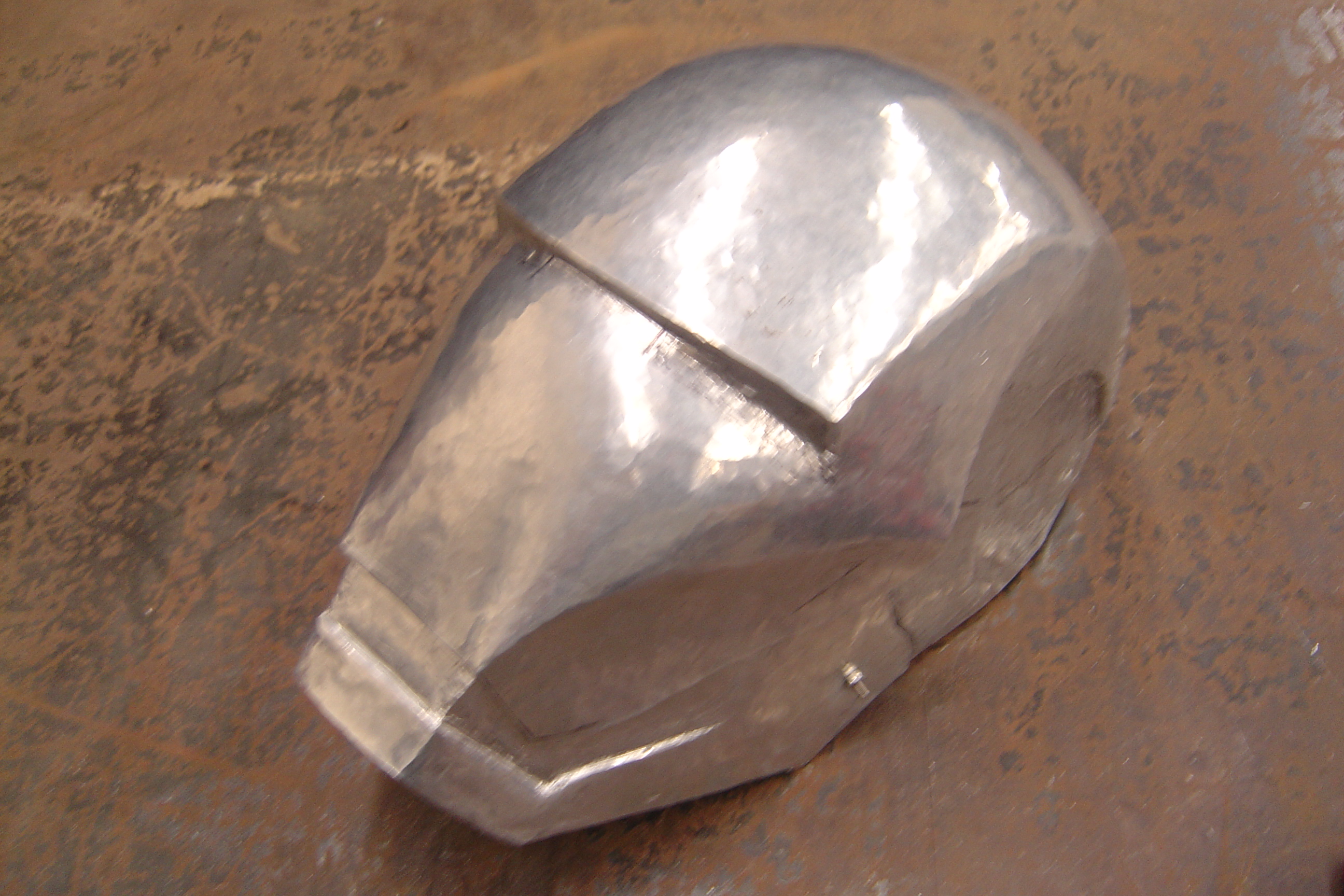 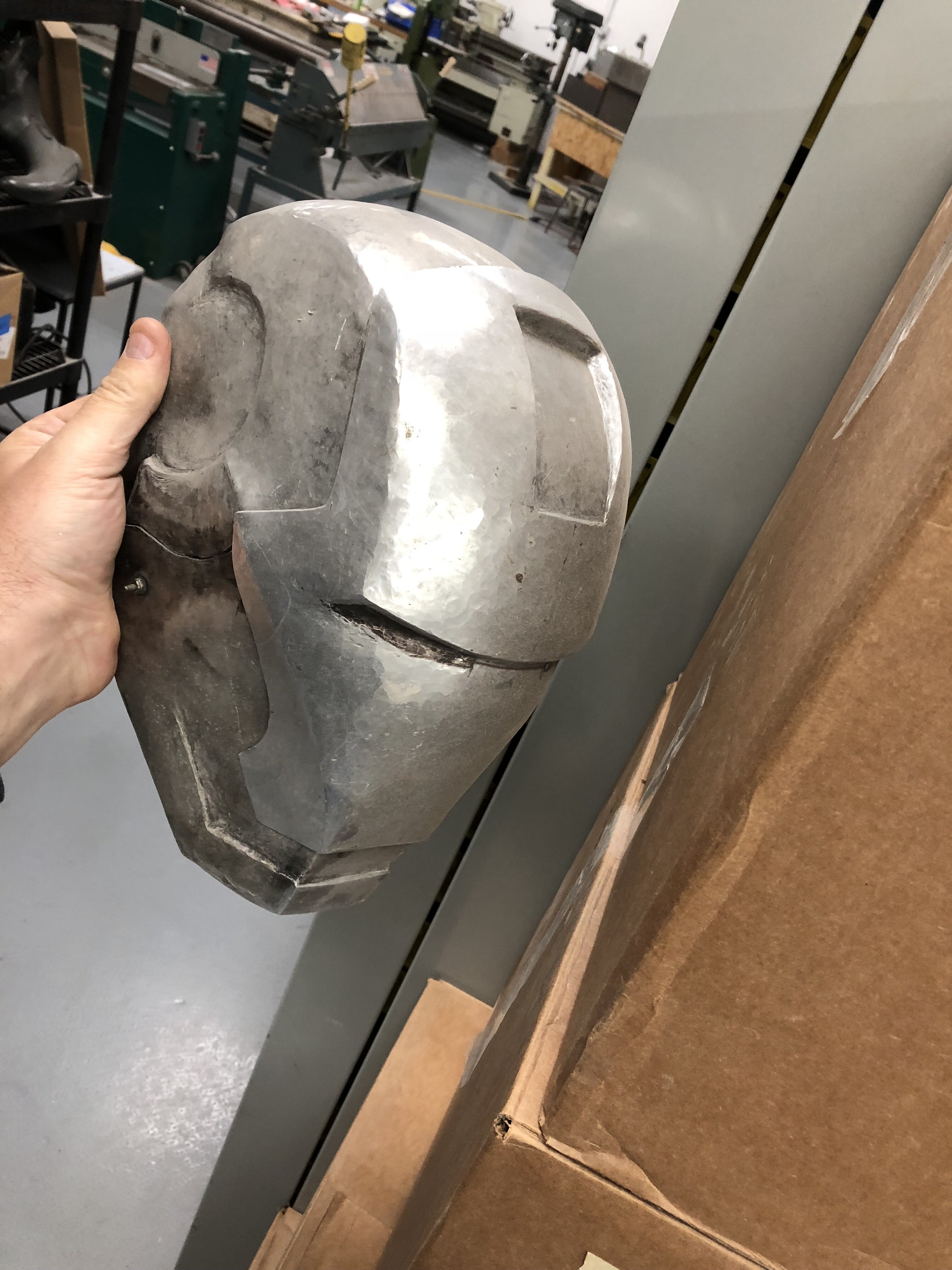 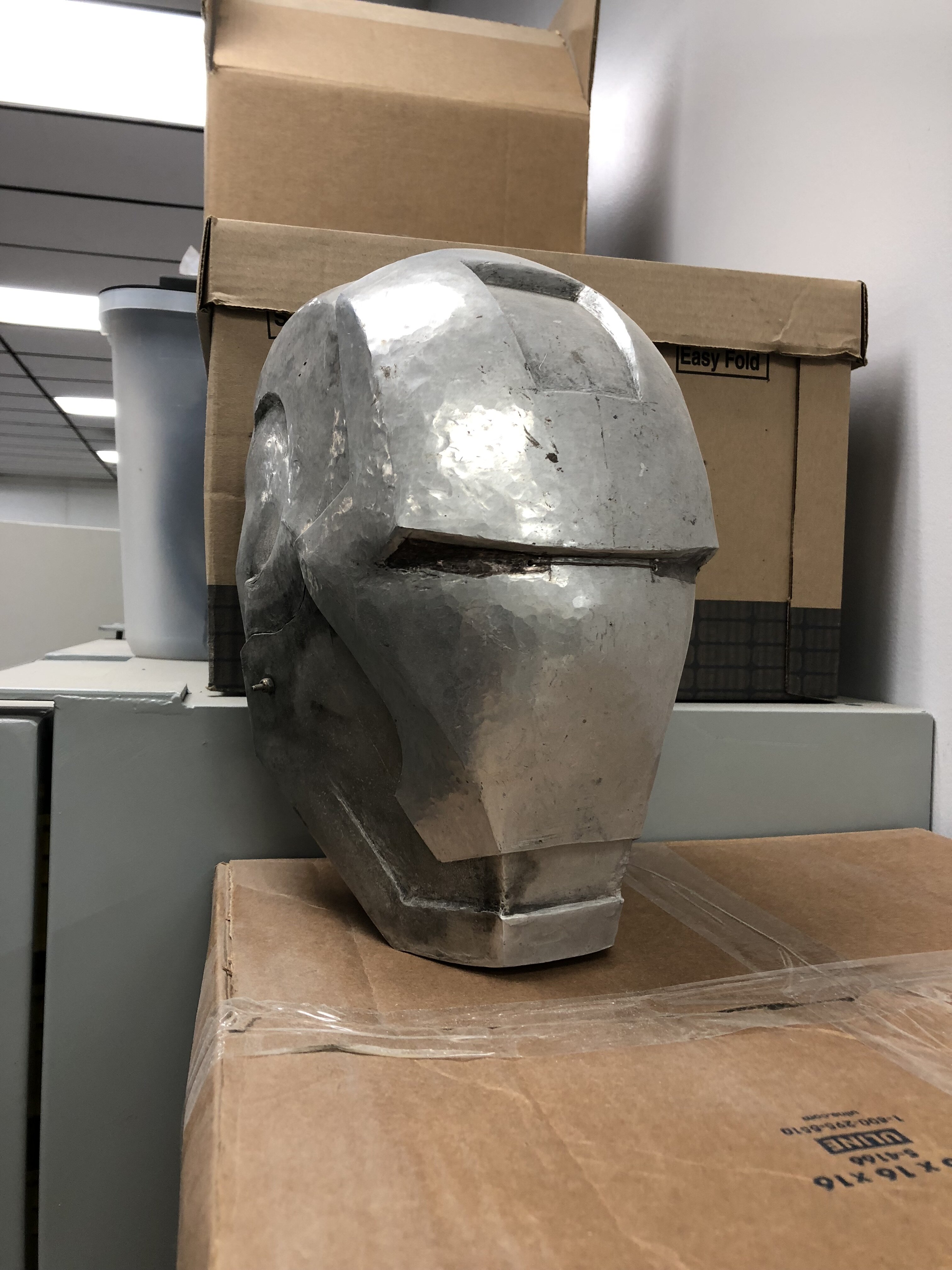 RPF PREMIUM MEMBER
This was a nice treat.
A tease really, but a treat none the less.
I say a tease as i would have loved to see the tools used for this build.
I too play with aluminum, i have most of the tools.
I need forming dollies, but the cost is huge.
Today i was looking for scrap metal to recycle into dollies.
This is a great post, thank-you for posting this one...