I picked this kit up at a model contest a few years ago and wanted to get away from the plain look of the out-of-the-box kit. I loved the idea of the hybrid classic/reimagined Raider in the new Galactica series and went my own direction with this. The louvered window of the cockpit is scratch-built, and there are three little cylons sitting inside. I had to do a lot of cutting and carving to make all of that work as it was originally just a solid closed piece. The stock laser cannons were flipped upside down and inserted underneath scratch-built Gatling guns complete with ammo belts (since the reimagined series did not use lasers). Added a lot of greeblies, etched panel lines and rivets as well. The model was painted with shades of Alclad Pale Gold, and the markings were hand painted. There are purple LEDs inside for the engines and cockpit.
Funny thing is, as I was finishing this up a few years ago, Moebius announced their 1/32 scale Cylon Raider kit. Go figure. At least this one isn’t so massive! 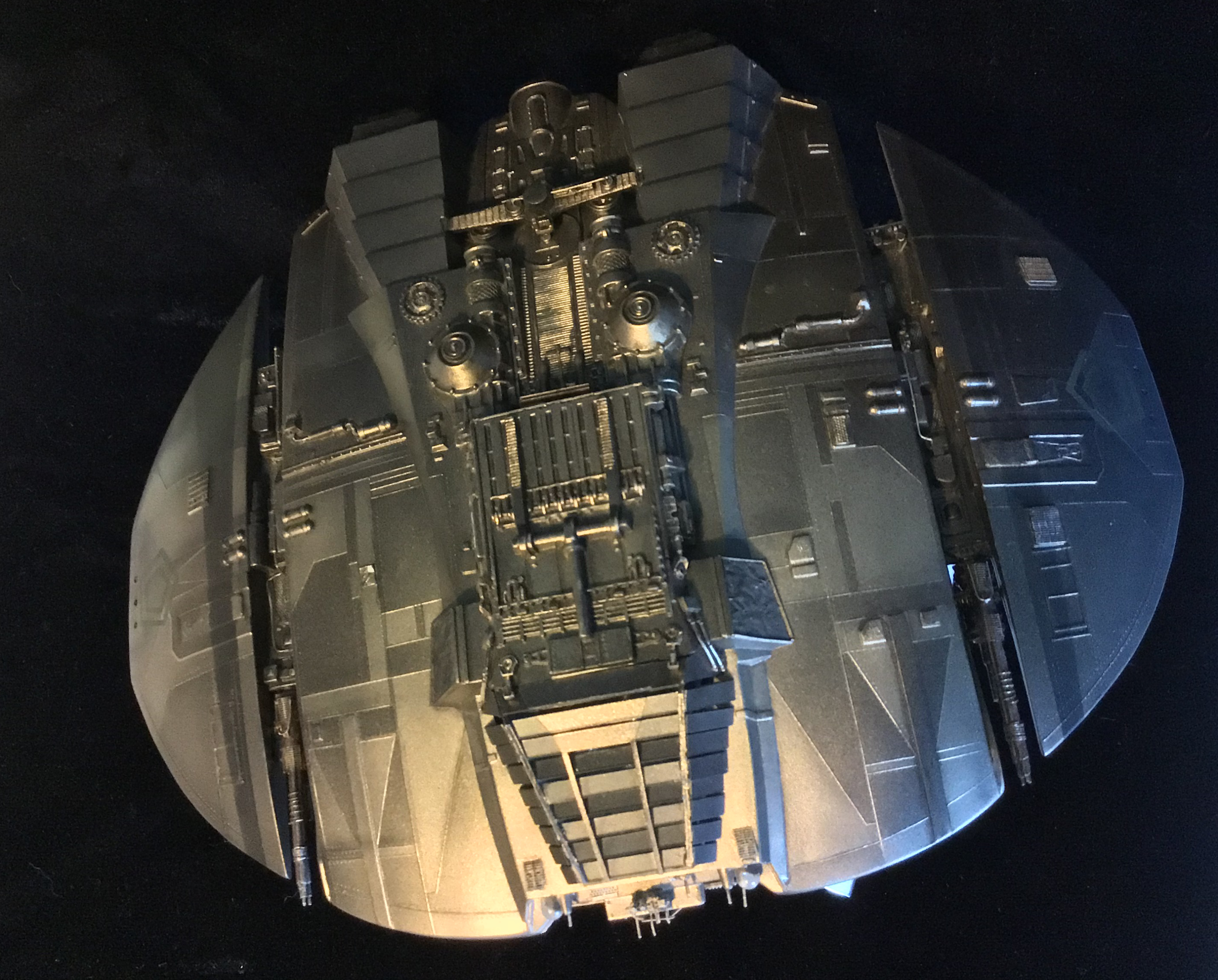 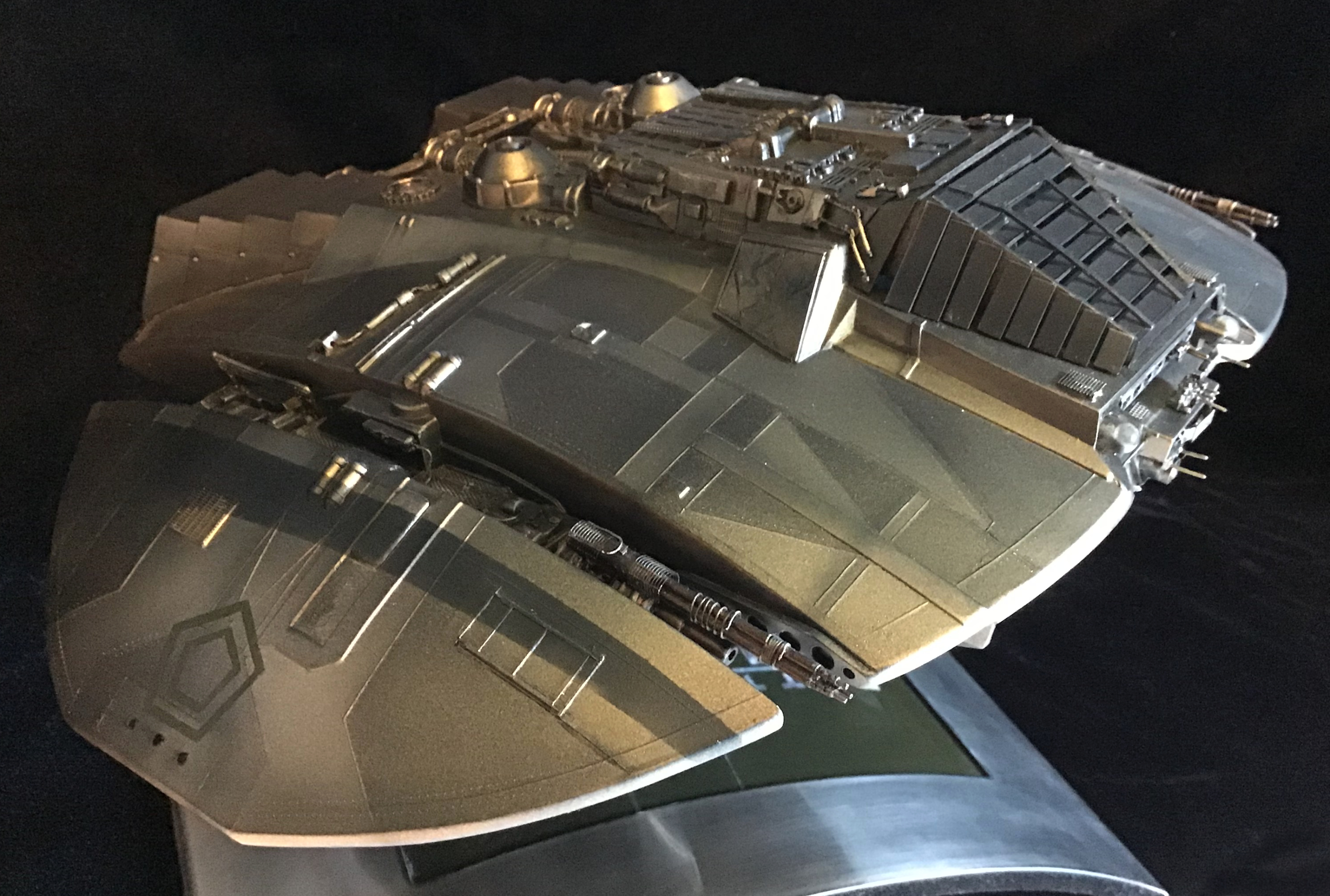 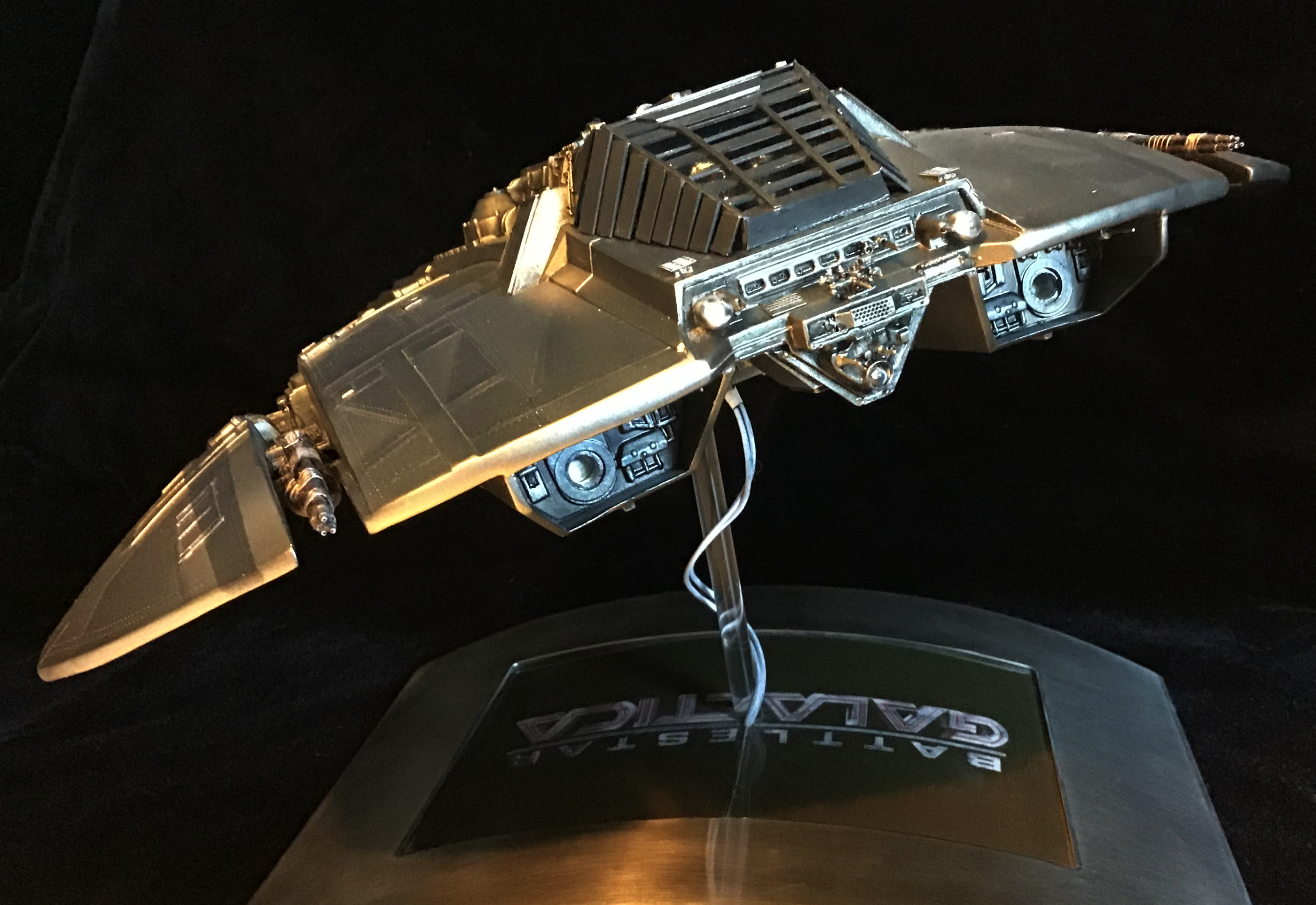 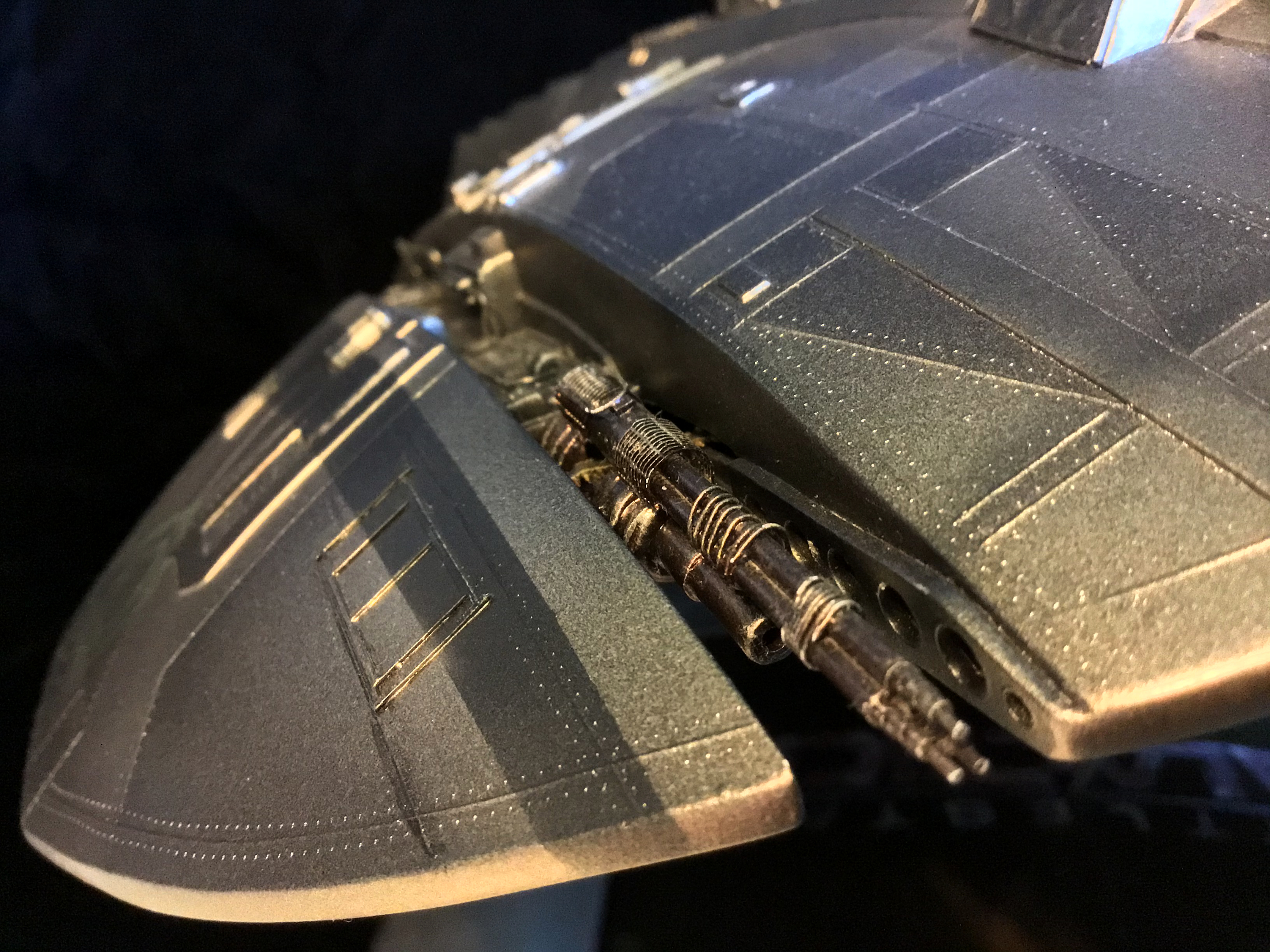 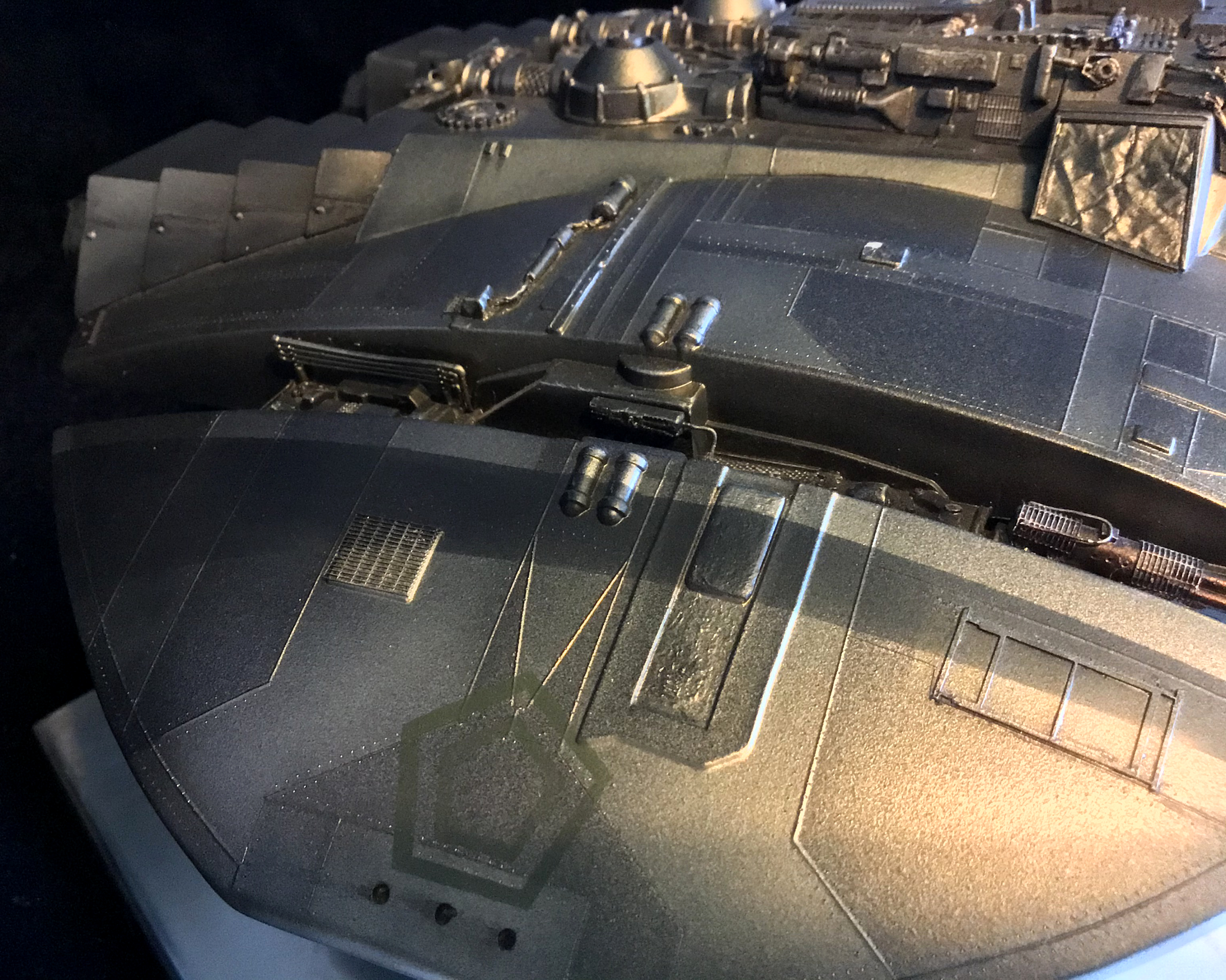 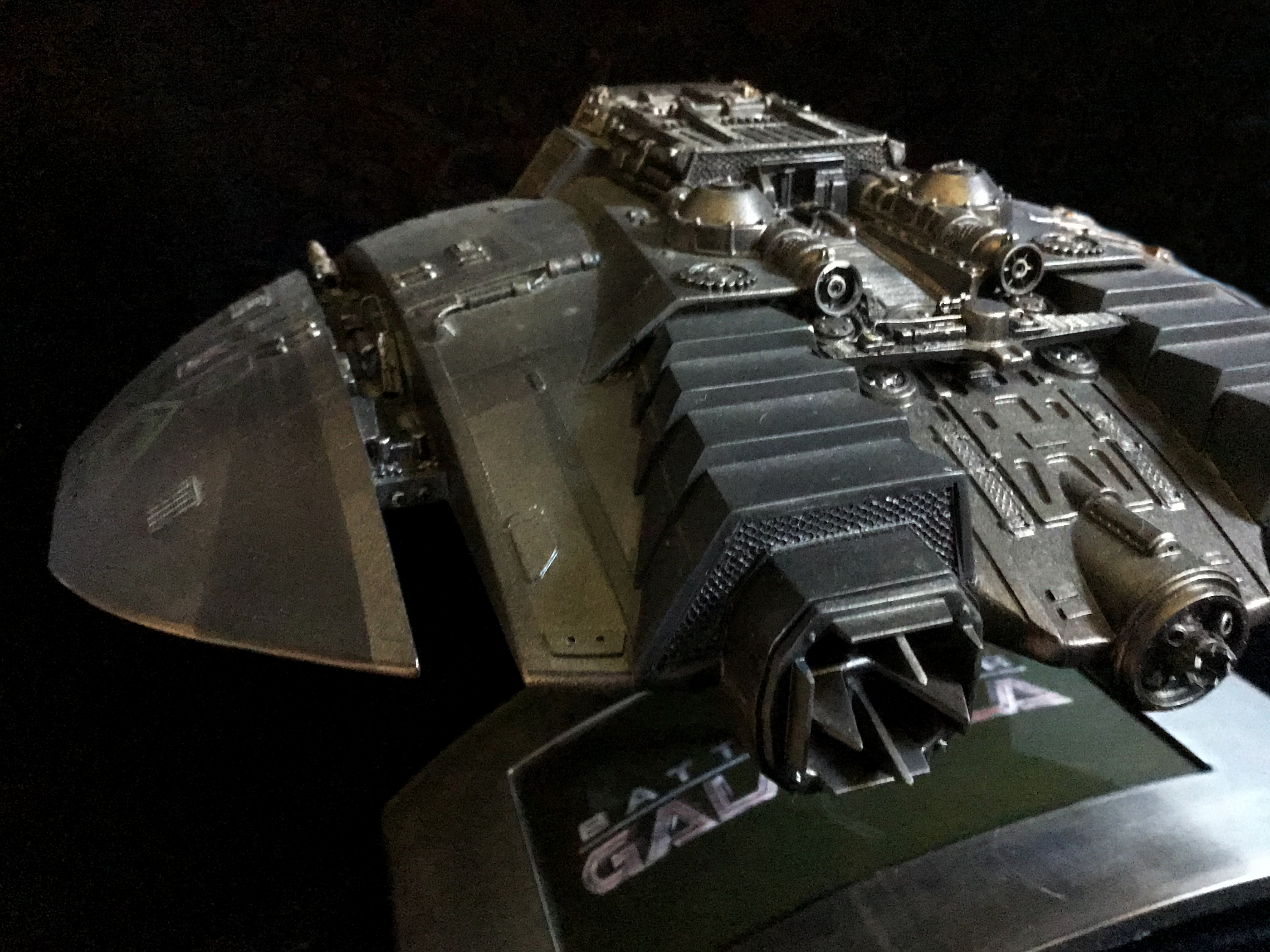 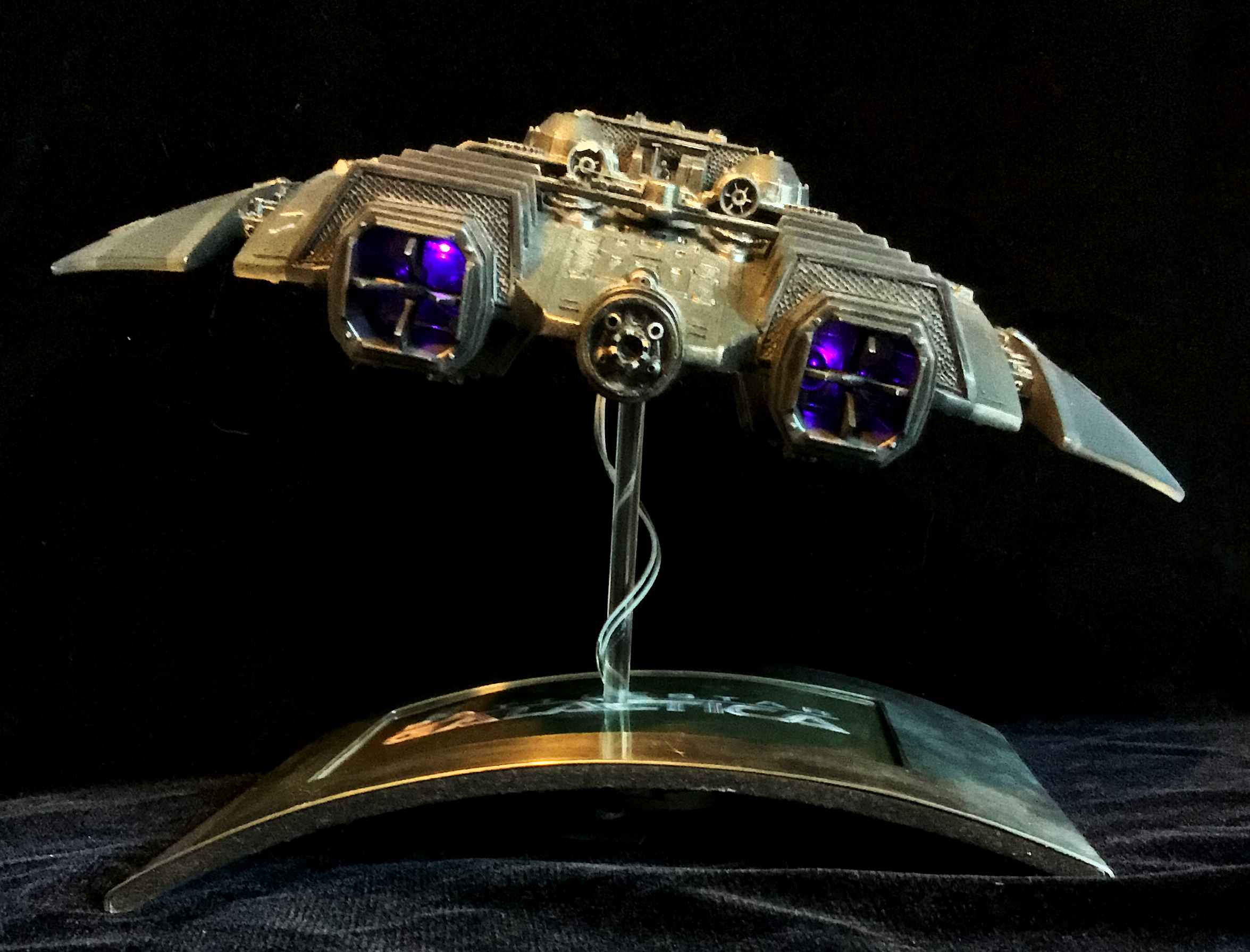 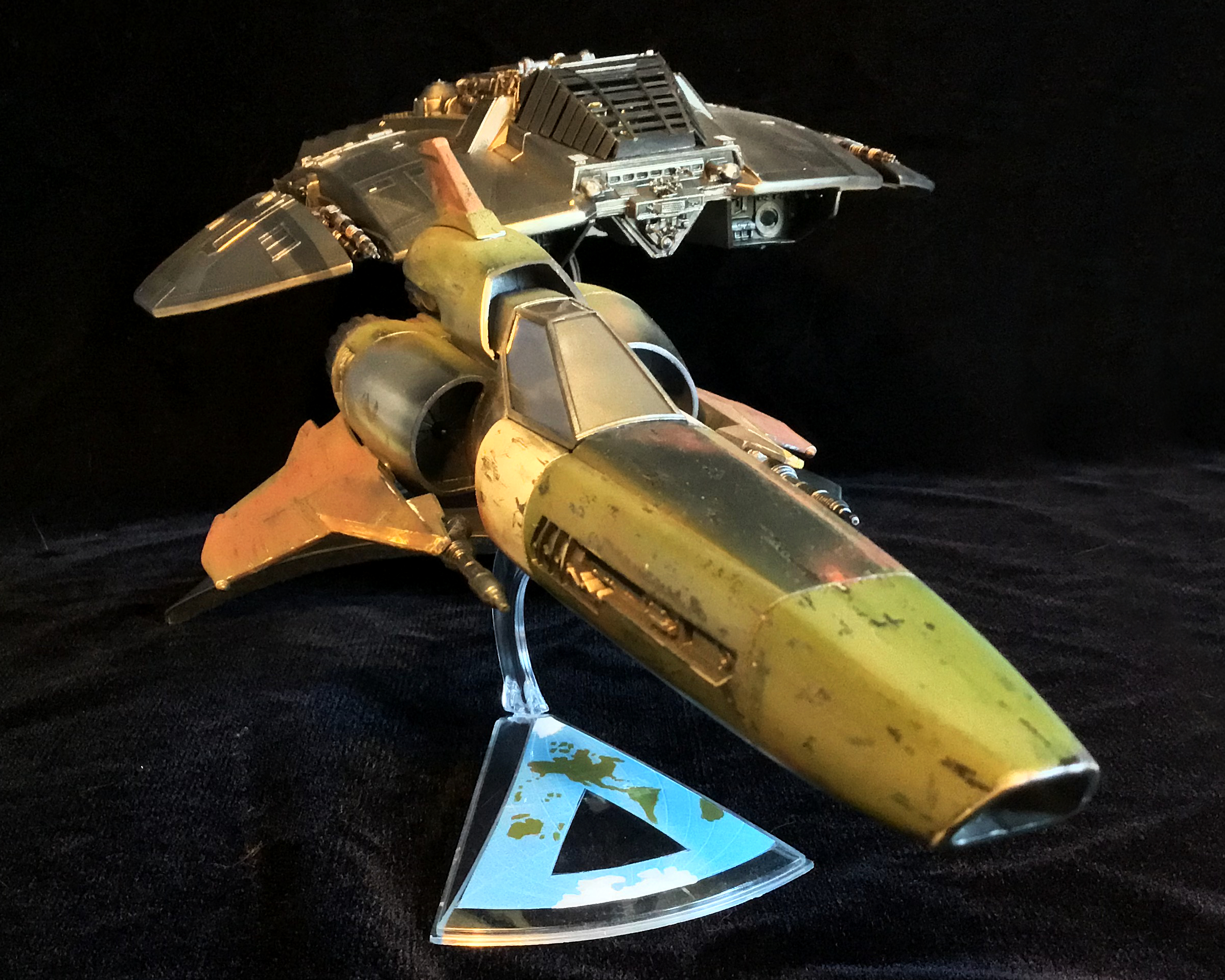 I really enjoy the MODs that you put into this creation additionally the LEDs give it the pop which is really cool. Great build!

thegnome said:
I really enjoy the MODs that you put into this creation additionally the LEDs give it the pop which is really cool. Great build!
Click to expand...

Thanks! It was one of my most enjoyable builds and I learned a lot!

Very cool! Inspires me to get on and finish my set of BSG kits!

I love your take on this!

The Raider is one of my favorite spaceship designs.

Analyzer said:
I love the extra details and it looks pretty cool in that metalllic color
Click to expand...

Thank you. You should’ve seen it with just the gloss black base coat! I wish I took pics of it at that stage.

GMartin said:
I love your take on this!

The Raider is one of my favorite spaceship designs.
Click to expand...

Same here! So original. I love how they designed it to have a variety of shapes from different angles; especially the head-on angle, it looks so cool.