For the most part I have collected Harry Potter memorabilia, especially advertising related items since the original films first starting coming out. I have wanted to collect real props from the films but have been afraid to because they are usually quite expensive and out of my price range - and the ones that aren't I can't 100% authenticate. For the people out there who work for studios or who collect film/TV props: what are your thoughts on ebay?

I know there have been authentic items posted that people have been able to acquire at those "garage sale" like events that some studios have. I had a friend who lived in Hawaii and was able to pick up a bunch of Lost items that way. They weren't necessarily all screen used or they were very minor, but were still 100% from the show. I also know of Buffy items that were bought for super cheap at the auction here in LA that were later resold on ebay.

But I have been very wary about Harry Potter items sold that way. I found a seller who's been on there since 1999 with 100% positive feedback, but I still am not sure whether the item I am interested in is authentic. He has a couple pieces that he says are from Chamber of Secrets and some from Order of the Phoenix that were supposedly purchased at one of those garage sale type events in LA. They weren't advertised as Harry Potter items, but were sold just as home/décor items. He doesn't have a COA, but then I haven't seen a COA on HP props unless they were sold via a normal auction house.

Here are the items supposedly from Order of the Phoenix that I am looking at: http://www.ebay.com/sch/i.html?_fro...&_nkw=harry+potter+prop+crystal+ball&_sacat=0

They don't have tags on them like his Chamber of Secrets items do, but maybe that is a moot point? Not sure...
http://www.ebay.com/sch/m.html?_odk....TRC2.A0.H0.Xdiagon.TRS0&_nkw=diagon&_sacat=0

Was hoping I might get advice from people on here on what to look for, their opinions based on the auction description, etc.

Also, if you don't have an official COA, how does one go about authenticating a prop from someone who worked on the film?

Thanks for the help!

I personally stick with a legitimate COA. Specially when it comes to the Harry Potter items, screen used or not.

I'm glad you asked this question. I too have had my eye on some of these auctions for some time, but I usually just stick to the promo items as most of them either have COAs or can easily be verified via other markings. However, if an item is unique enough, you like it, can screen match it, and don't mind taking a chance with your money, then I would go for it. But in the long run, if there is no COA from the Studio or a trusted auction house, the rule of thumb is buyer beware. -Which is probably why I haven't bid on any of the auctions you have mentioned. Good luck! And happy collecting!!

RPF PREMIUM MEMBER
imtylerdurden (825 ) is a well known scam artist he hasnt sold anything authentic on ebay ever . I am shocked at to how he is still able to sell on ebay and get away with it .
so no none of that stuff came withing 1000 miles of the set LOL !

I think the real question is why would the props be sold en masse in L.A. when the movie was famously filmed at Elstree in the U.K.? Especially if it's a garage sale type deal as opposed to an auction for profit, don't studios typically do that where props are kept, which would logically be where the production is filmed? I mean, Lost is a perfect example of this. Seems highly suspect to go through all the trouble to fly them out to a different city- a different country, no less!- just to dump them at a garage sale...

I wouldn't touch it.

RPF PREMIUM MEMBER
You can buy most of those listed "props" at Hobby Lobby and Pier 1.
E

Sorry to dig up that old thread but i noticed it while i was searching informations about that guy you spoke about. I have a low budget and was planning on doing a special father's birthday gift like a prop from a set.
I've speak with thaat Ebay seller and he looked to be pretty honest each time he answered my questions. For exemple, he told me that the key he sold was from the park and not from the HP set when i thought it was from the film. Since i sent him a lot of messages to get informations about one of the items (sharing my disappointement about the fact there wasn't that much clues), he also told me i should better not buy his stuffs if i was searching for screen used props.

I've watch all the items he previously sold and noticed it would totally be part from HP universe. This is disturbing.
But excepted the binoculars i didn't noticed exact replicas used in the film. They're very close though like the star, the circles globe, the pyramid and other stuffs you can check here: https://feedback.ebay.fr/ws/eBayISAPI.dll?ViewFeedback2&userid=imtylerdurden&ftab=AllFeedback but no wy to be 100% sure.
Also compared with my HP Studio pics for some of them.
The tags are very similar to those which are on the official items.
If he's a scammer, he should just be honest and asked to be paid for the amazing work he does. I mean, time is money and working deserve to be rewarded.
Amazing he got more than 1000 purchases with 0 negative feedbacks.

Since you guys said he was a well-known scammer, i would like to know where you got that information. Is there a place where i can read testimonies?
What you wrote above about the fact they wouldn't make items travel looks totally logical but i know nothing about the way they do that kind of auction either the way they export it. I don't think it's impossible either. I don't know if they were exported with others items, if it was a lot, if there still was money to do on it etc...
The problem is that it seems auctions don't always deliver a COA. (i noticed it while watching Pawn Stars after some people got scammed that way!)
Well, if you have proofs about the fact that guy is a scammer, please share it for me to clearly made up my mind. Because i've found nothing about him, peaople complaining or anything else yet. Do you all still doubt or do you have clues he's a scammer?
Hoping you'll be able to help.
Thanks!

RPF PREMIUM MEMBER
I have no idea on the provenience of his Harry Potter Props, but his Pirates of the Caribbean and Jungle Cruise ride "props" are 100% fake. Every Disney ride "prop" he posts has a small mickey sticker on it that he clearly puts on cheap antiques to make it look like it came from the ride, which obviously Disney doesn't do with every single item on a ride. I've been collecting Disney ride artifacts for years and see the same items of his pop up all with the same silly stickers on it.

Do whatever makes you happy, but I would stay away from anything he sells. Also, If they were real Potter props they would be MUCH more expensive! When it comes to props, remember if it seems too good to be true ... most of the time it is.

RPF PREMIUM MEMBER
This ‘tylerdurden’ Seller on ebay has been scamming people for years on ebay, selling junkyard finds that he calls Harry Potter background props. He even puts on ridiculous tags with runes on some of them. Can’t believe people still fall for his scheme. Be sure to do your homework! The problem is that he’s pretty much covered himself of responsibility, as he sells them simply as ‘background pieces’; no real way to verify one way or another what they actually are; operating in complete ambiguity. In many of listings he’s even become more vague in the titles, using ‘H Potter’ instead. He preys on hopeful customers who feel they might be getting some kind of film prop, and not something he found at goodwill. ebay feedback means very little, unfortunately. I’ve had plenty of terrible transactions over the years with sellers who have upper 90 percentile feedback.

If you use facebook, there are a few very informative original movie prop collecting groups that would be a good place to do some research and to learn about the sources of many original props. It’s quite a learning experience—stay informed, because the realm of original movie prop collecting is rife with scammers and misinformation (Also note many CoA are not worth the paper they’re printed on). Network, and learn about sources; it’s a small world. There are plenty of people like this TylerDurden ebay seller who have no issues with cheating hopeful and uninformed collectors, and everyone loses when he sells something.
Last edited: Mar 9, 2019

imtylerdurden is 100% a scammer, his items come from his own purchasing of nearby objects and sticking a mickey mouse sticker on those objects and for one reason or another people are fooled into thinking the mickey mouse sticker is proof or provenance of it being authentic, when it's the exact opposite. Disney does not stick tiny mickey mouse stickers on their ride/attraction used props, this is a red flag. I know of a surety the guy is a scammer, because I asked him if he had any gold bars from the Pirates of the Caribbean ride, not the movie, but the rides specifically, either Disney World or Disneyland, such props are extremely rare, he said he didn't have any at the moment, 1 week later he listed fake gold bar props he made himself, which were poorly made, unlike the quality you would see on the actual rides, of course he put a little mickey mouse sticker on the bottom of the newly painted fake gold bar props he just cranked out to fool Disney fans, that mickey mouse sticker and the poor quality and the 1 week later him having multiple fake gold bars listed was all I needed to know, to know he is 100% a fraud. Do not buy from the guy unless you want to be scammed, you won't be able to re-sell the stuff as anything other than thrift store rubbish.

Here's an example of how "imtylerdurden" works.

He goes to a thrift store any buys the cheapest bowl or container he can find, for probably 99 cents. 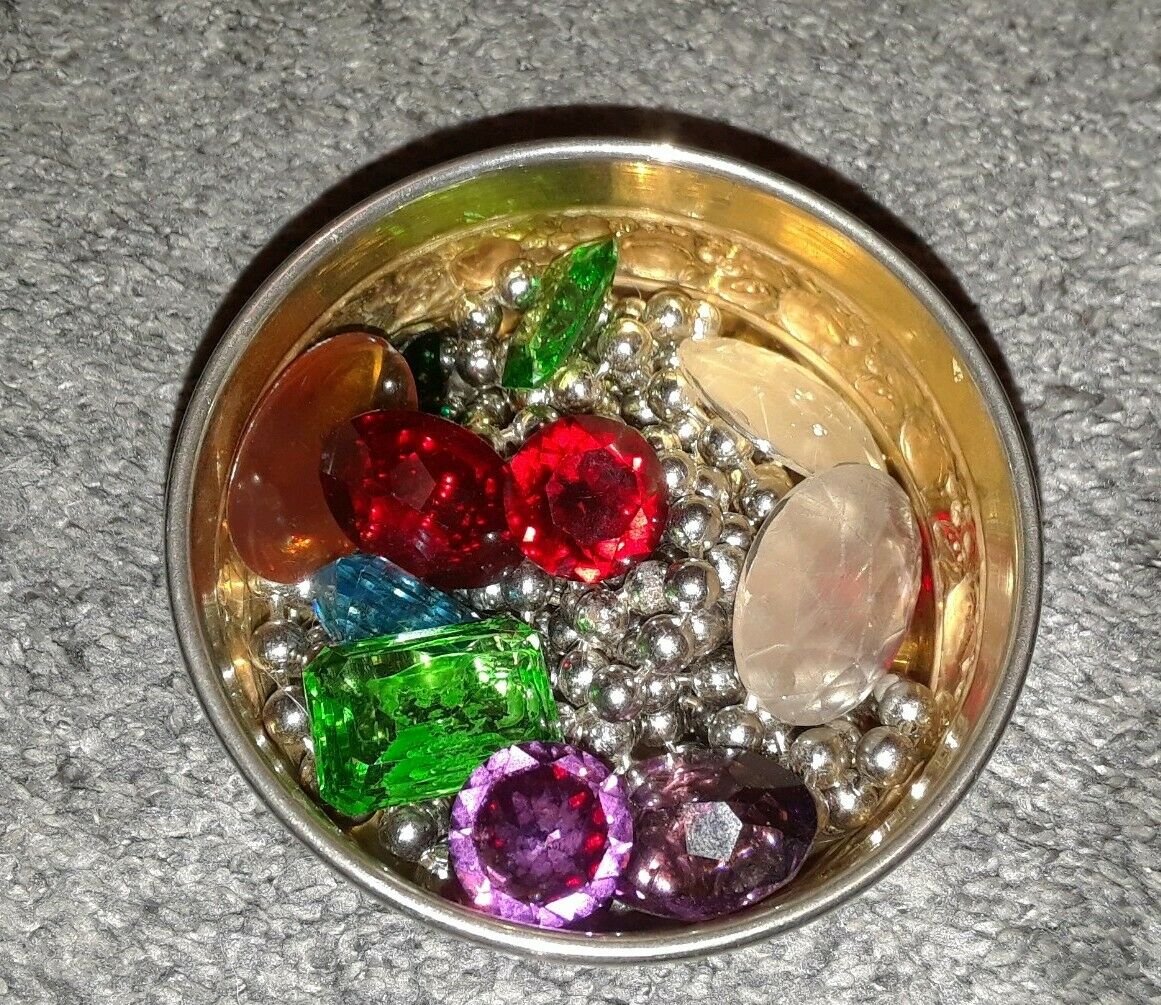 He fills it with plastic gems you can buy at Hobby Lobby, Michaels, or similar art craft stores, with one plastic Mardi Gras beads necklace. 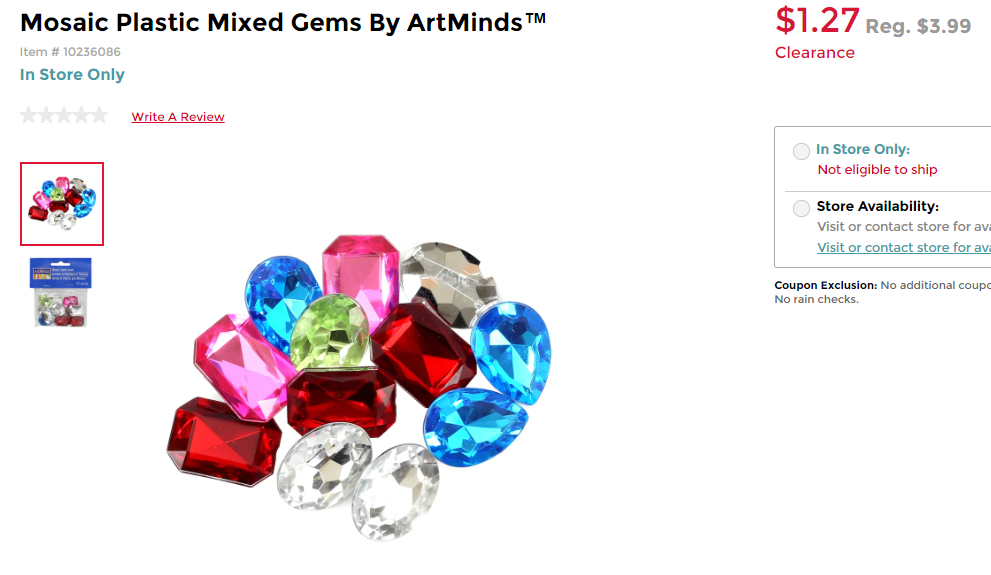 He will buy very cheap very common tiny Mickey Mouse stickers, and he will paint them the color of the object he's affixing them to. 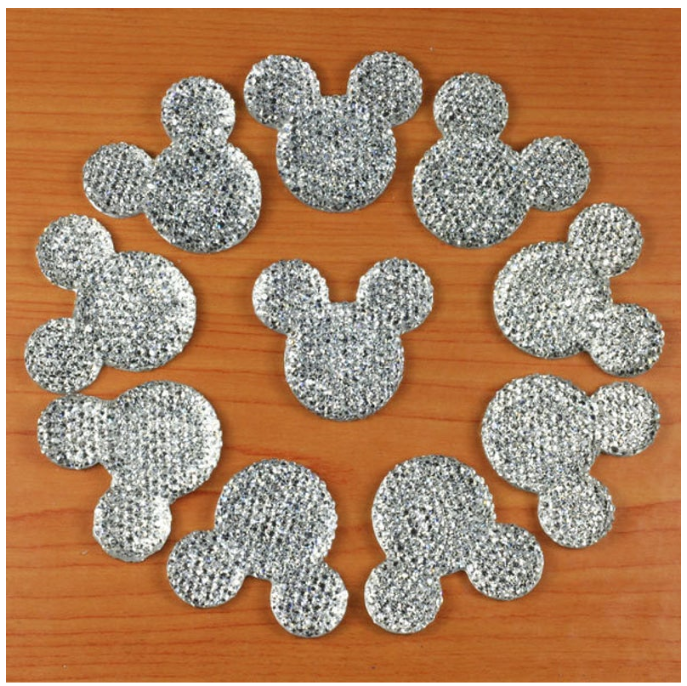 And the fake prop is complete, gullible people give him positive feedback and they are none the wiser. Dishonest "imtylerdurden" ebay seller laughs all the way to the bank. When he made those custom gold bars for me I felt bad when I saw they actually sold. Do not buy from this guy, he makes folk art, passes it off as anything having anything to do with theme parks, Pirates of the Caribbean and Harry Potter theme park attractions seem to be his favorite, do not fall for his scams, his items are fake. 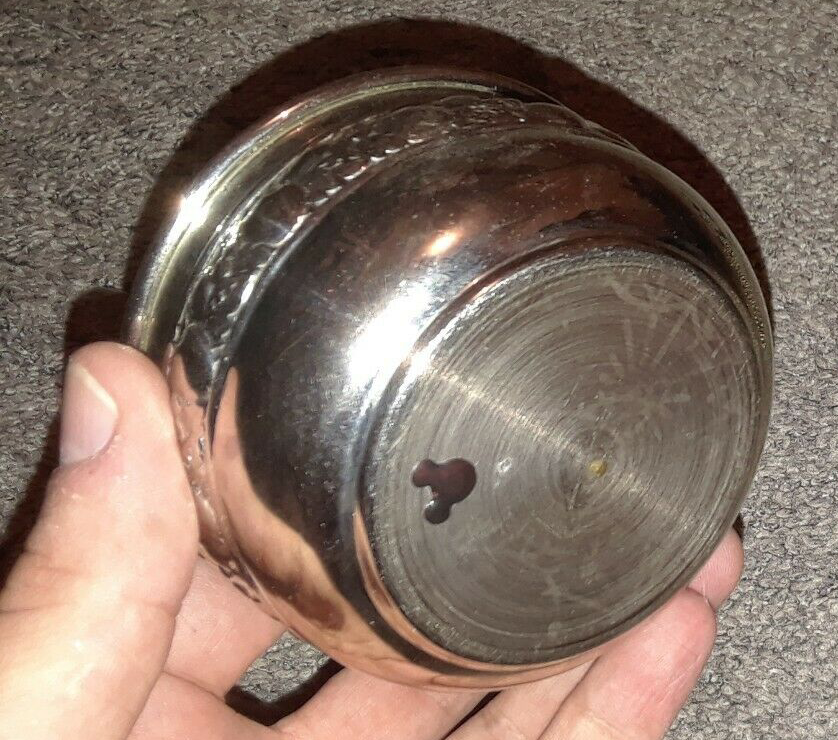