RPF PREMIUM MEMBER
I recently wrapped up this commission for an RPF member of an accurate ROTJ Luke belt replica, recreating one of the two hero belts worn by Mark Hamill in the film. Of the two hero belts, the one this is a replica of is the one not as commonly seen on display at exhibits or in books, though it did see plenty of screen time in ROTJ. The positioning of the rivets for the D-ring strap and the lightsaber hook as well as the signature weathering on the buckle and pouch are the main unique identifiers between the two belts, and I did all I could to capture those details of the selected belt in my replica. I've spent a lot of time delving in to every aspect of the belt straps, buckles, pouches, and construction methods of these particular belts, bouncing a lot of stuff off of my buddy-in-all-things-leathercraft, Uncharted Leather (thanks Paul!) so it is fun to finally see everything come together in a complete replica. 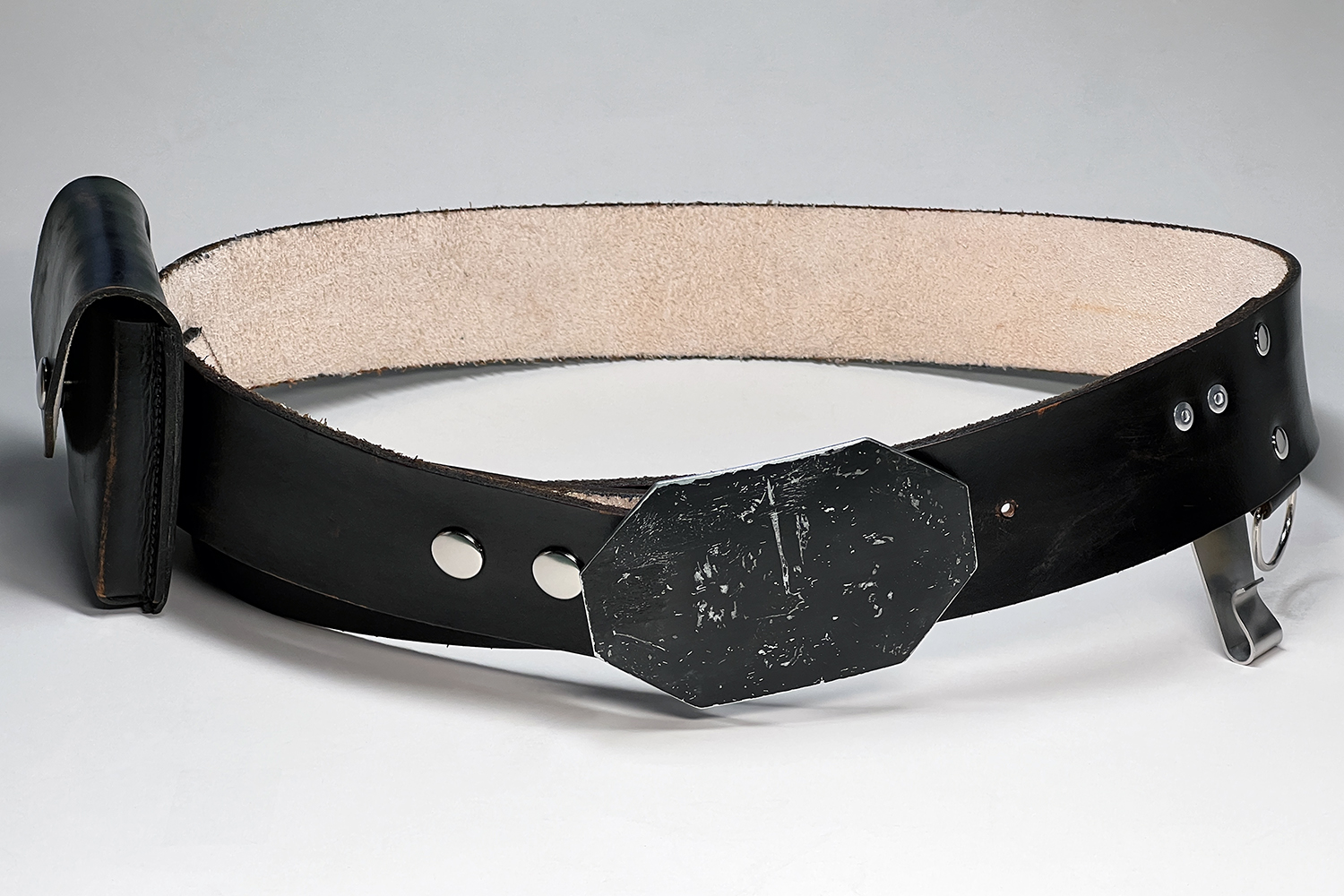 The pouch on the belt this is replicating isn't quite as beat up as the other one, though it definitely appears to have seen a bit of action! 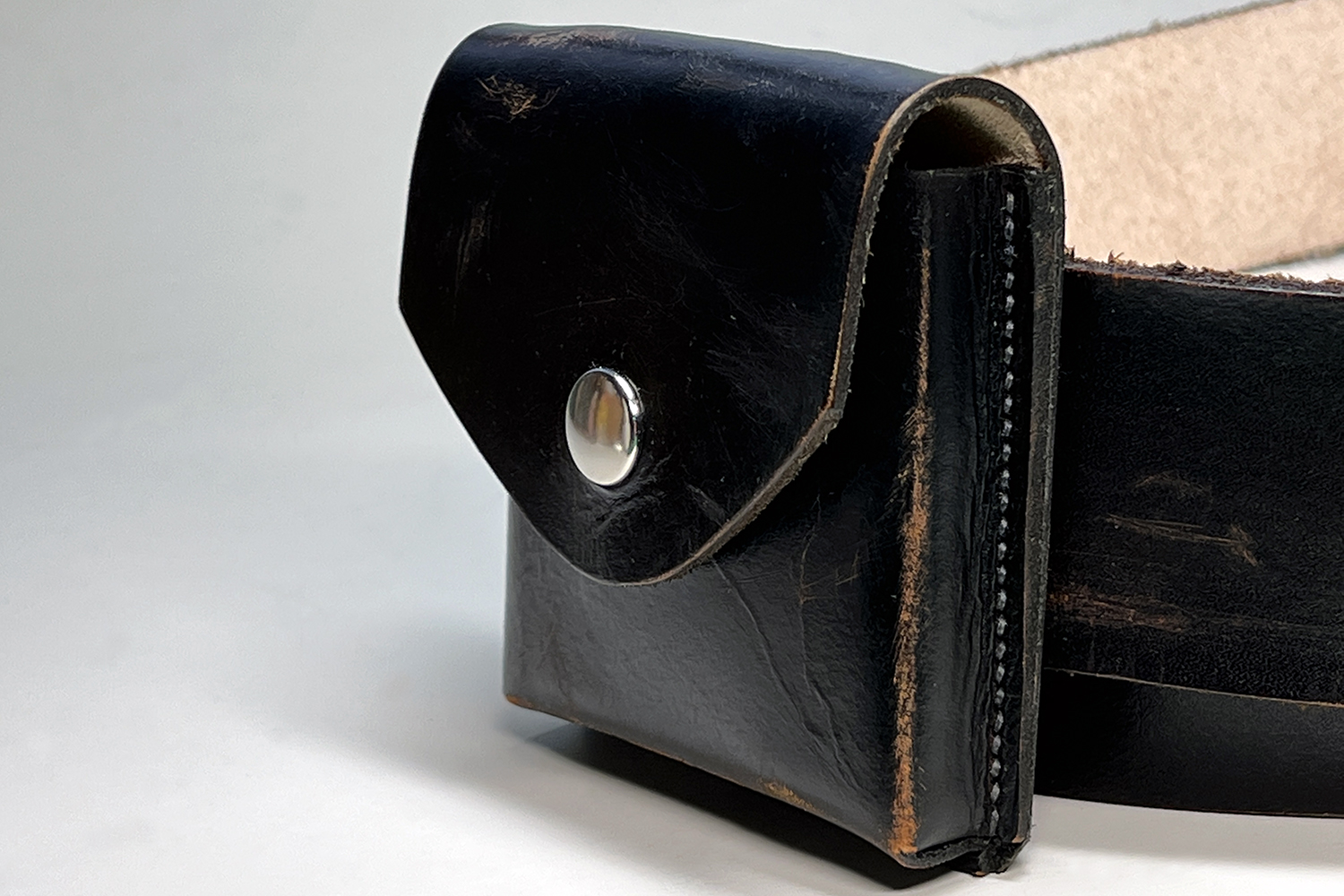 The buckle on the other hand is way more beat up than on the other belt, so it was fun replicating every scrape and scratch as best as I could! 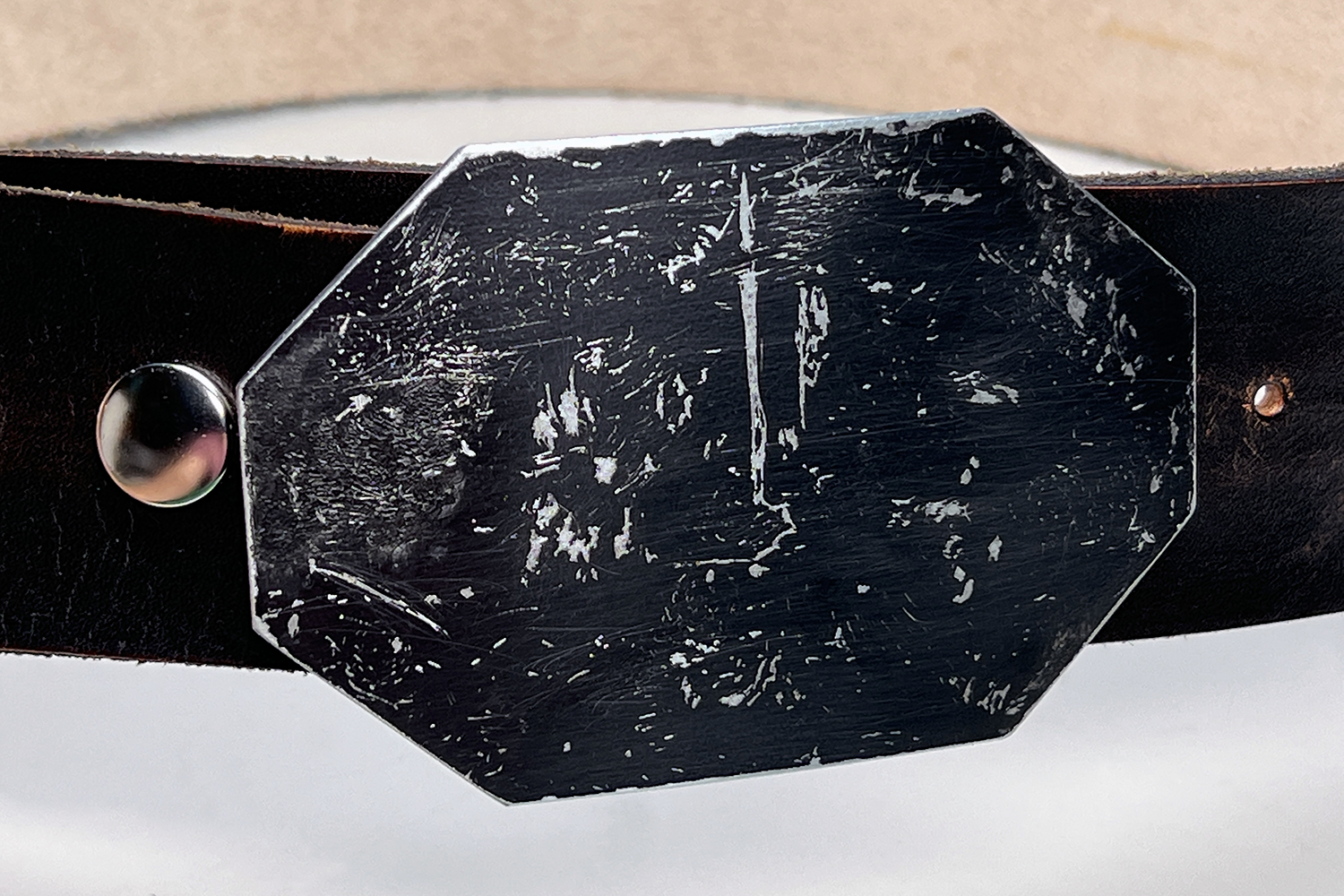 The lightsaber hook is riveted lower on this belt compared to the other belt while the D-ring strap rivets are spaced wider apart. 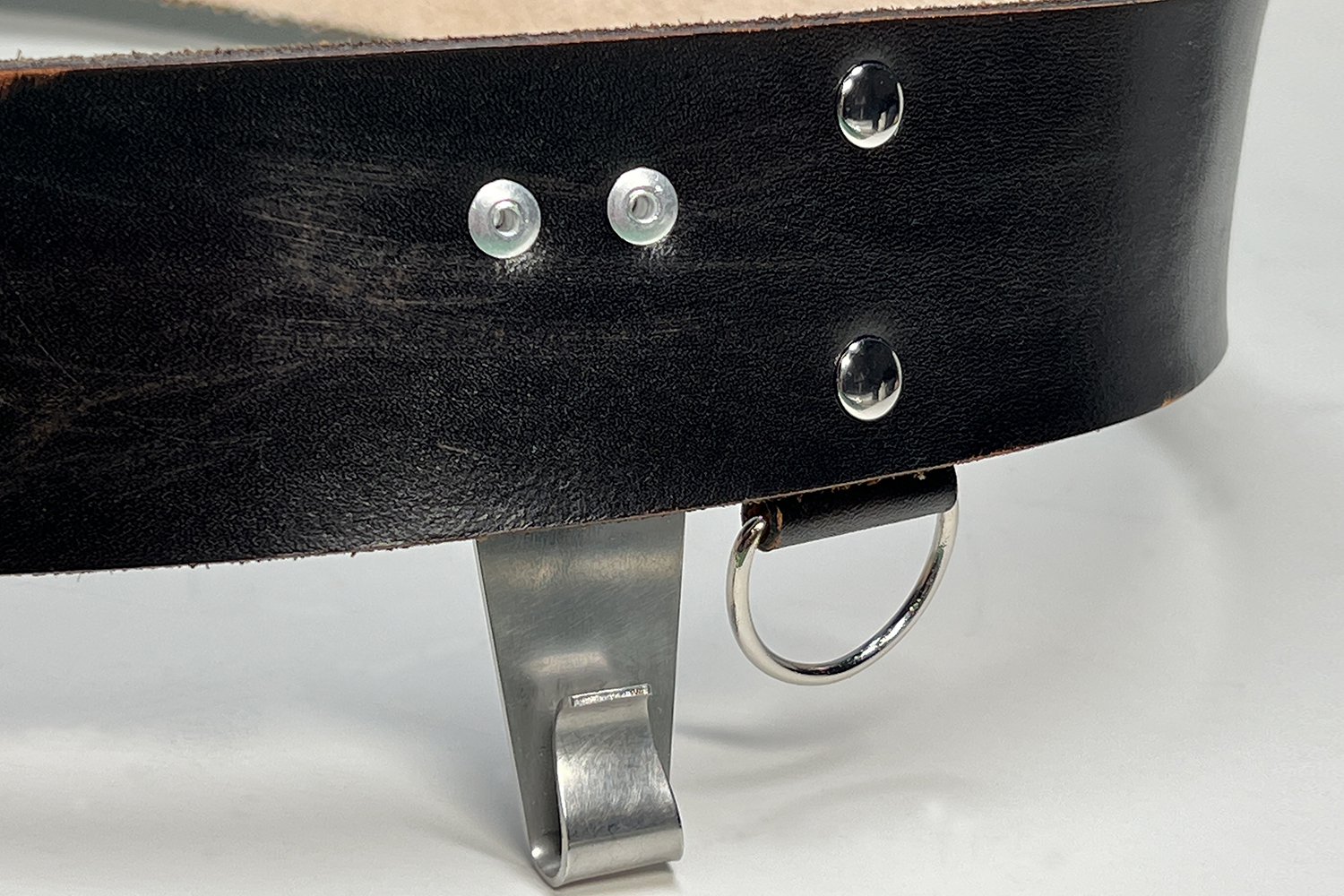 I couldn't help but throw my old "V2" lightsaber into some photos for a little context! 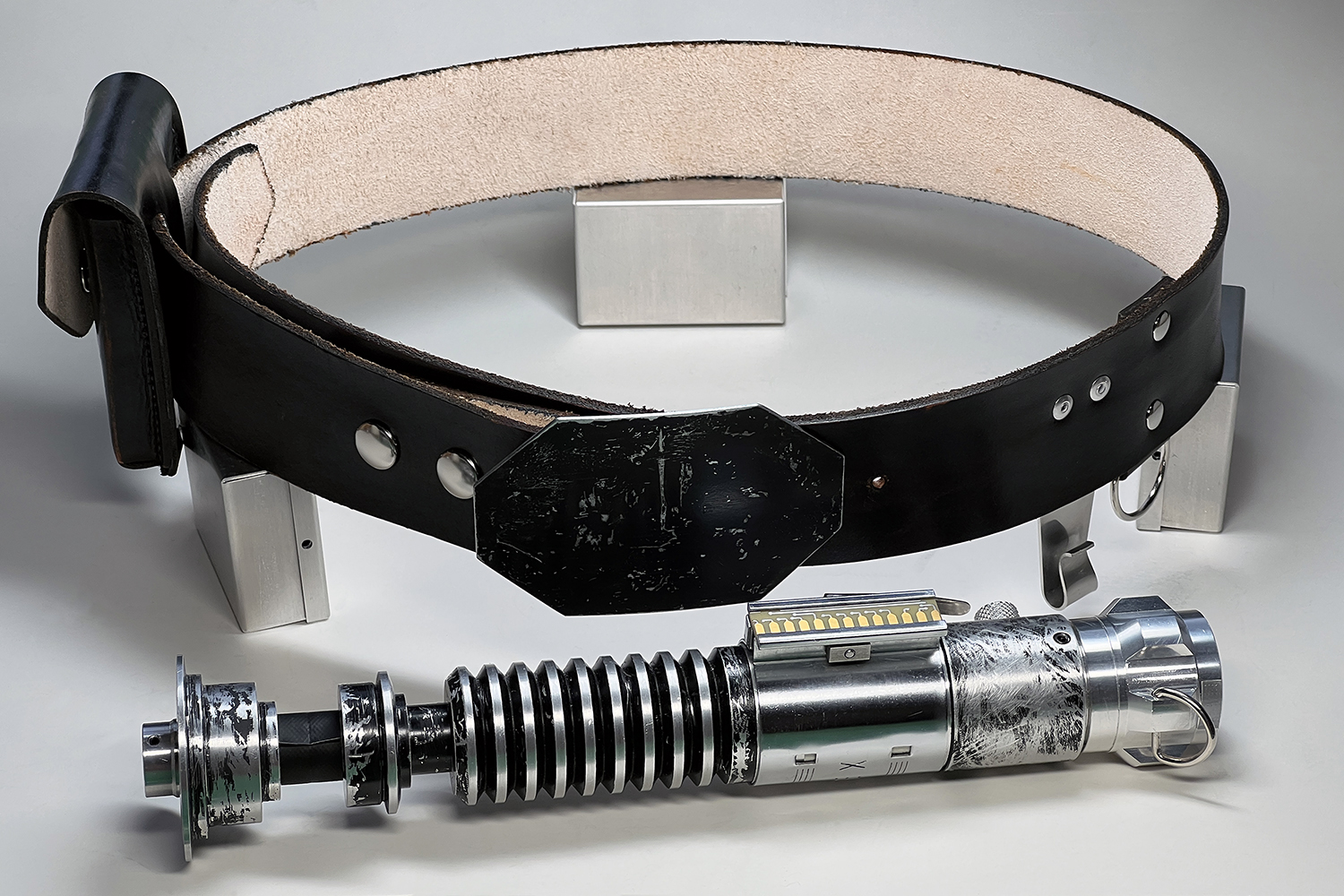 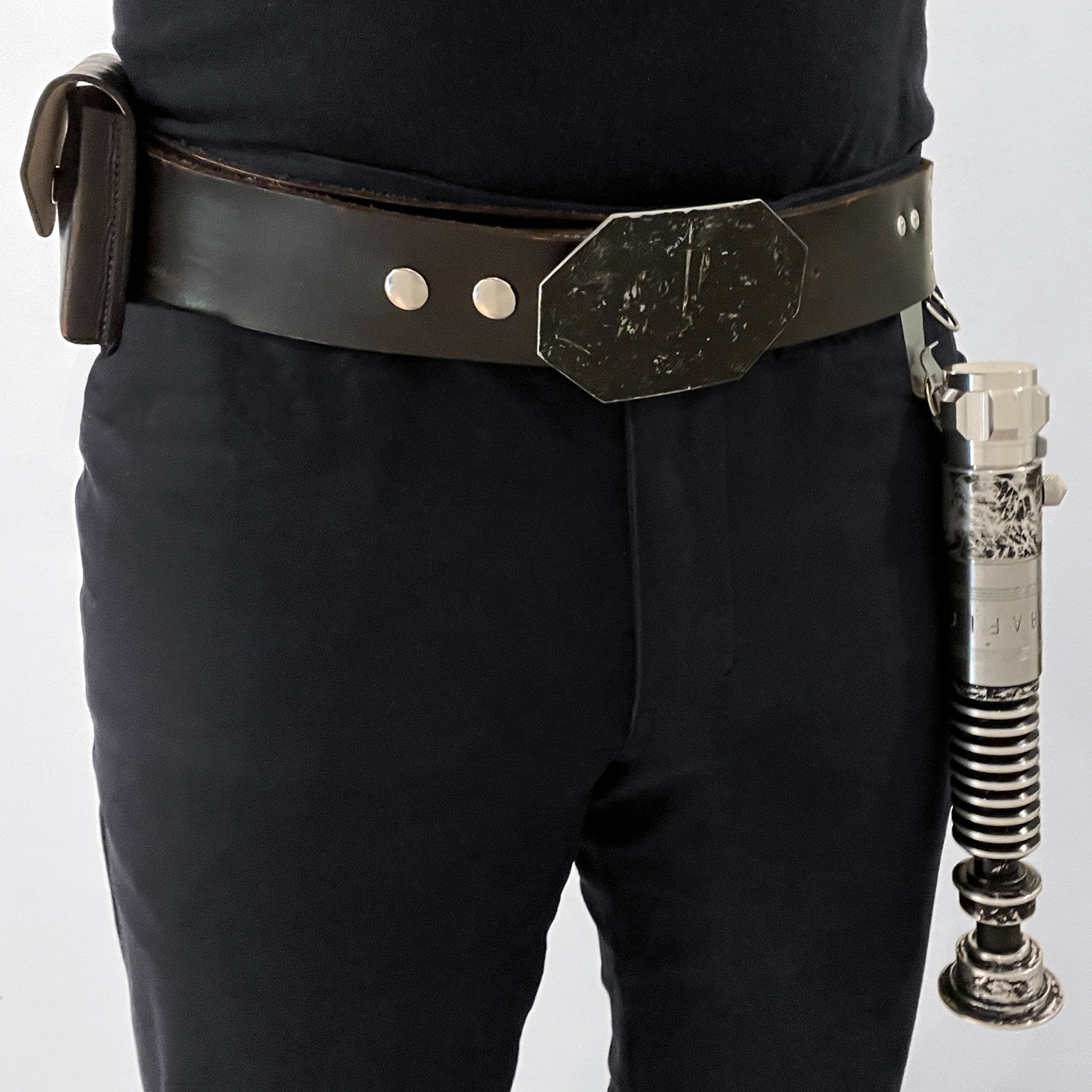 I'm really pleased with how this one turned out and the client loves it too. Hopefully he will post some photos once he has the rest of his costume in hand!

RPF PREMIUM MEMBER
Fantastic work. The Luke ROTJ is my absolute favorite costume in the entire series so it's great seeing a truly accurate replica made of his belt. What's the difference between this belt and the other version made for the film?

I'm still of the belief that at least one of them may have been a recycled belt from ESB only dyed to better compliment his outfit.

Psab keel said:
What's the difference between this belt and the other version made for the film?

I'm still of the belief that at least one of them may have been a recycled belt from ESB only dyed to better compliment his outfit.
Click to expand...

If you comb through the film and reference photos a bit, you will start to see the differences and be able to pick out which is which, but here is a quick side-by-side that illustrates the main differences in their layouts. I've arbitrarily labeled them Belt 1 and Belt 2. The belt you more commonly see on display is Belt 1 while the belt I replicated above is Belt 2. This comparison obviously doesn't show the details of the pouches, but there is unique weathering on each of those that can be noted too. 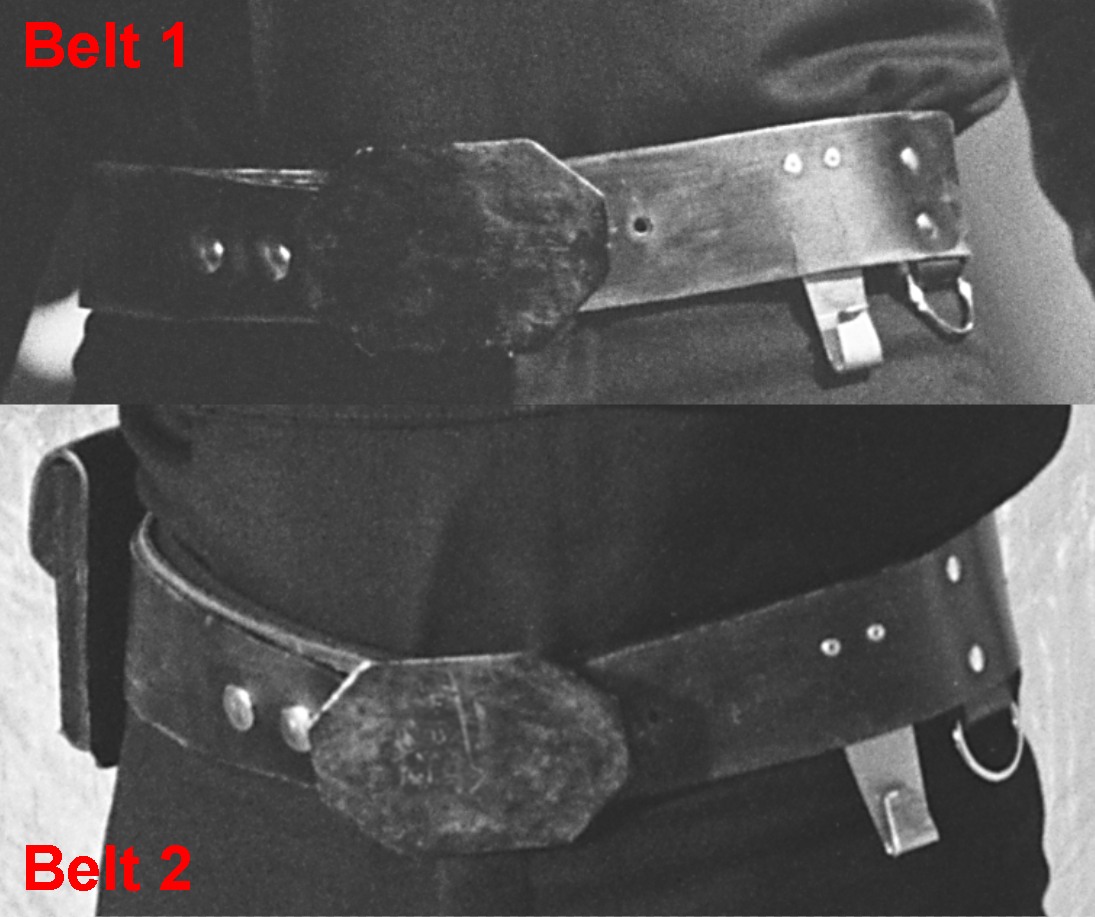 And I absolutely agree that both of the hero ROTJ Luke belts are recycled ESB Luke belts, just with the extra pouches/holster removed and the whole thing dyed/painted black and weathered!

RPF PREMIUM MEMBER
This is awesome. Thank you for sharing!

Dude, this looks amazing. I have been thinking about putting together a Luke ROTJ outfit in the future and it's nice to find your work.
M

This is one of the best Luke's ROTJ belts I have seen recently. You captured the weathering on the buckle and the strap perfectly.
Also I just noticed that there were 2 belts with different weathering patterns.
Are you still open for commission? Would love to have an accurate ROTJ belt.

minhelqueue said:
Are you still open for commission? Would love to have an accurate ROTJ belt.
Click to expand...

Please feel free to send me a PM to discuss it!