RPF PREMIUM MEMBER
I’m looking to get a plaque made for a Hoth rebel trooper blaster and wanted to know if anyone knows the actual designation? A280 or A295. I’ve seen it called both everywhere, including the RPF. As a bonus could anyone ex-plain why it changes between both numbers? Is the other number the Endor version? 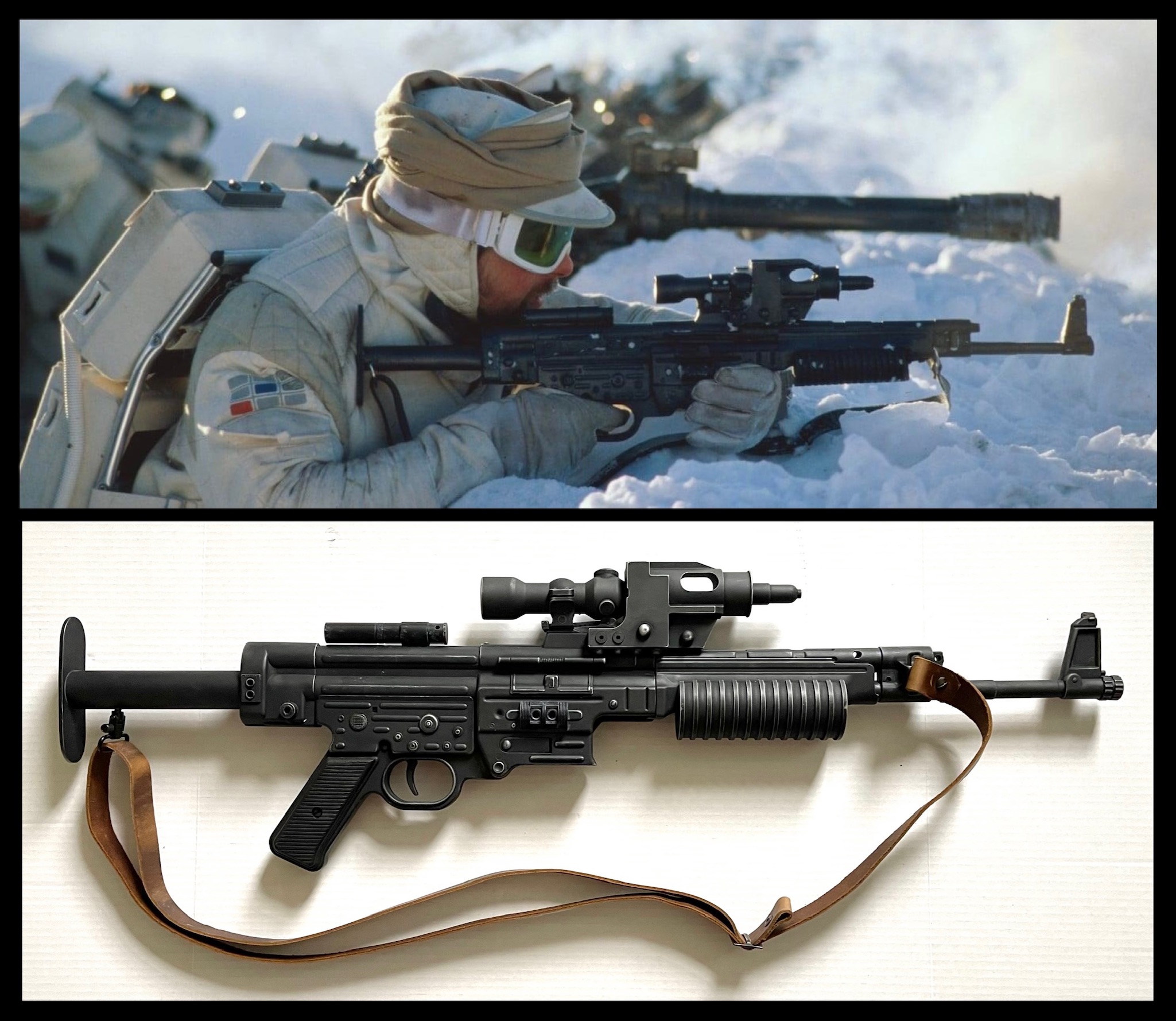 * Star Wars.com's Databank has only an entry for the A280, for both versions as they are supposed to be the same.
* The A280 in the Visual Dictionary is the Endor rifle. (not present in all editions)
* According to Wookiepedia, the A280 is the Endor rifle. It says that the Hoth rifle was first named A295 in the EU but lists only a single nu-canon reference that uses the designation.
* According to Wookiepedia, the designation "A280C" for the Hoth rifle would have originated in Star Wars Battlefront, which also has the Endor rifle as "A280".

Star Wars Battlefront II also has both "A280" and "A280C" as different rifles but got the weapon models swapped from the previous game. In the game, the "A280" can shoot three-shot burst like a M16 but looks like a STG44, whereas the "A280C" offers auto-fire.
(BTW. The local 501st garrison had offered our expertise to DICE but they declined saying they had all the info they needed ...

RPF PREMIUM MEMBER
Love your blaster! I’m working on one myself (using an airsoft MP44 as a base) and am looking for the site assembly and other parts. Please PM me with any information, thanks!!

Did you Disneybound Star Wars Style for Galaxy's Edge or Galactic Starcruiser? If so, post your pictures.
31 32 33