First off I'd like to thank Darthelk, it was his vid on youtube that inspired me to have a go at making working wrist blades.
I started off by making the gauntlet base, I made a form out of an old milk carton, cardboard and parcel tape ( again I can't take credit for this idea, but I can't remember who posted it originally). 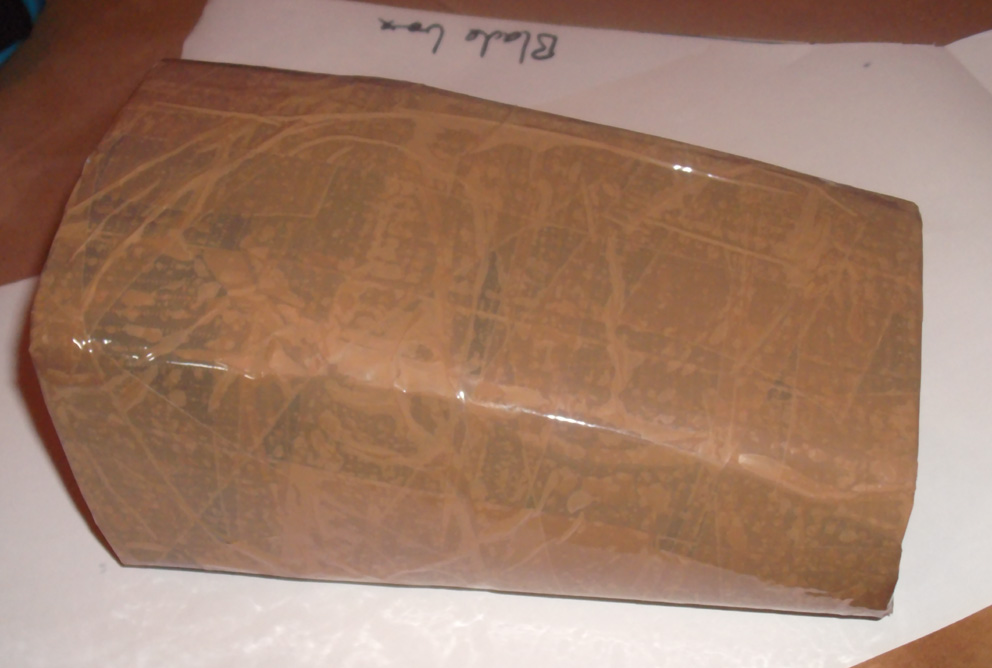 I waxed the form up, then used a couple of layers of Jesmonite to make the shape, the form was then removed. I added another layer of Jesmonite resin after this pic was taken, then sanded it down a bit, this gave a worn/corroded look which is what I eventually want for all my armour. 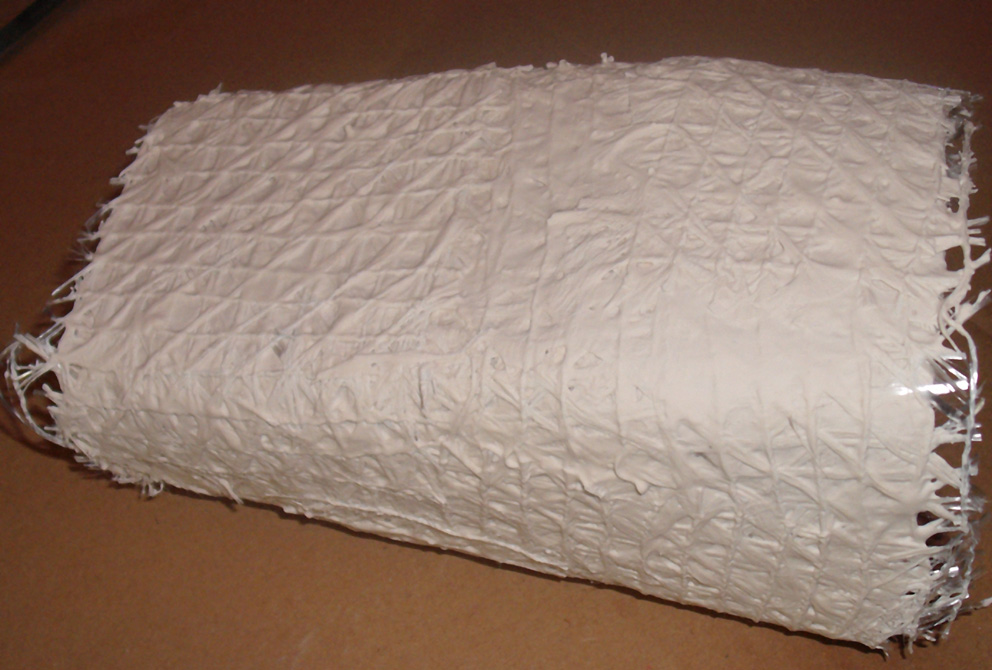 I used a DVD eject mechanism for the working parts, I removed everything that wasn't going to be needed, this left me with the tray, the plastic casing and the circuit board. The tray and casing were cut down and bolted back together, they would have been too wide otherwise. 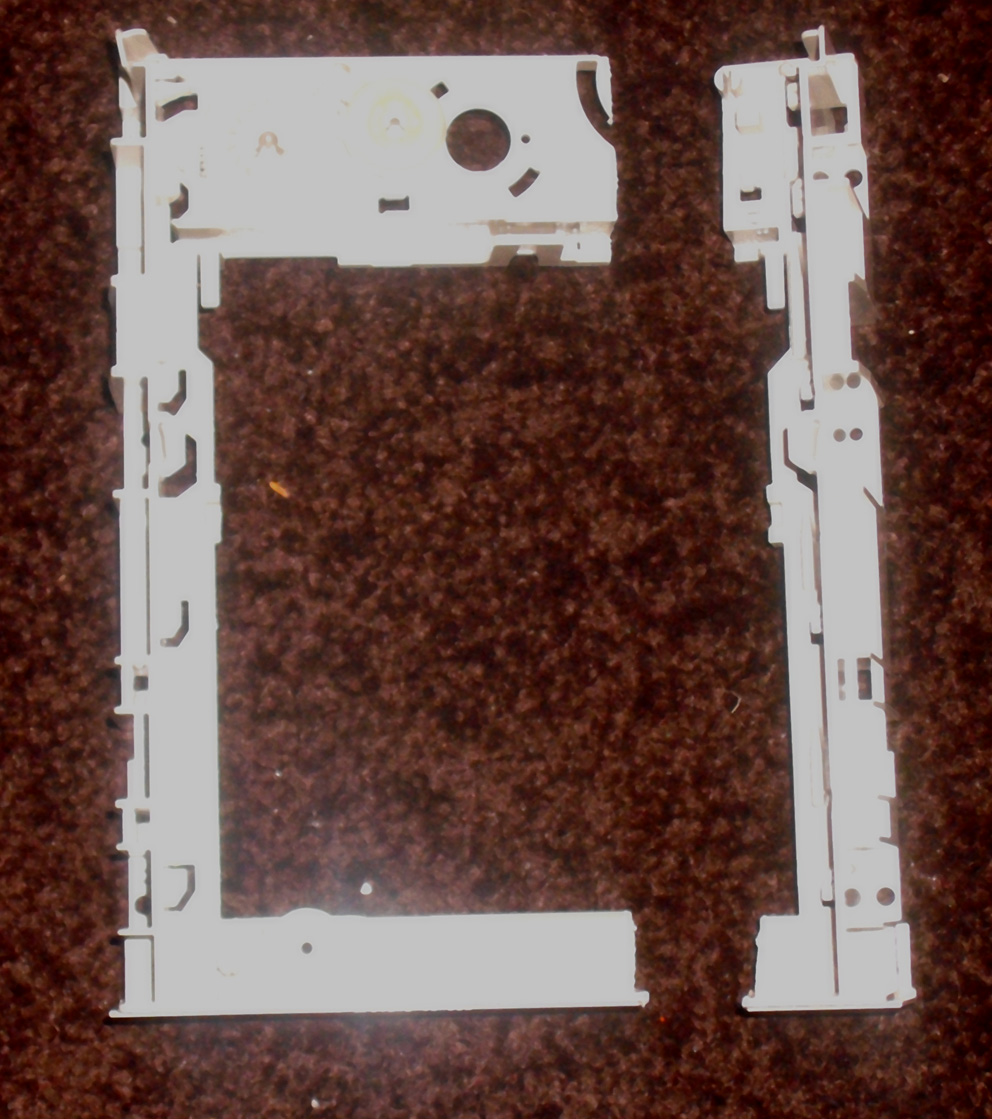 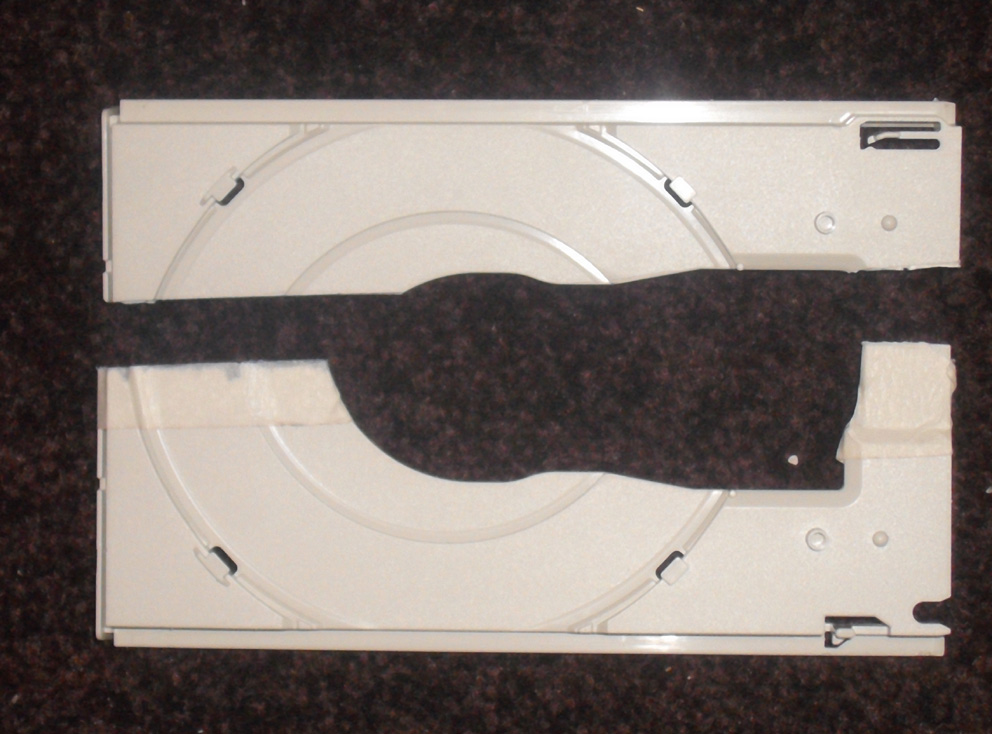 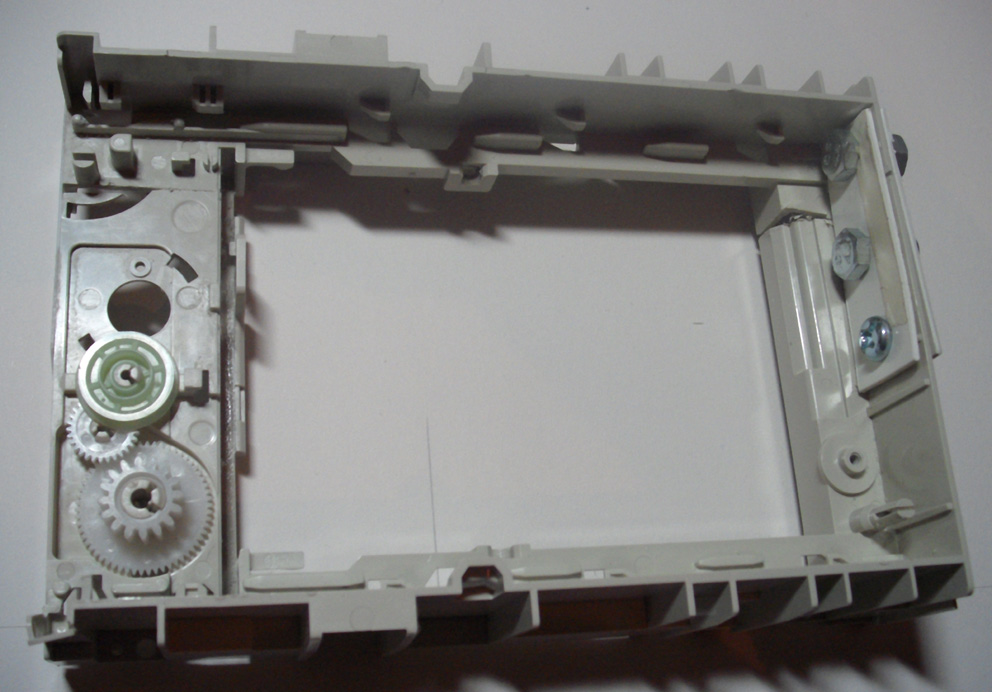 The circuit board was cut to fit and 2 wires were soldered to the motor terminals.

The next job was to make a bracket for the rear of the blades, I used a metal piece from inside an old computer and cut it to fit; I hate working with metal, but this thin stuff's pretty easy. 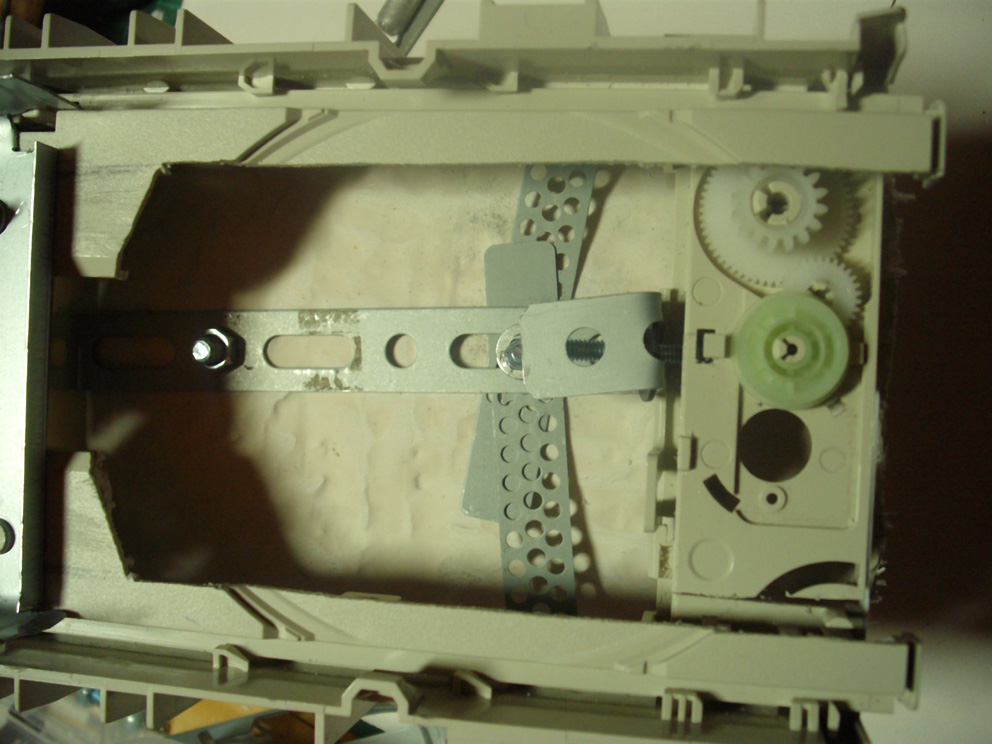 To hold the blade mechanism to the gauntlet I used some metal brackets I found in my spares box and bolted everything together.

For the blades I used some scrap plastic, I think it's normally used to make good round new double glazed windows. One side has a hard white coating, the other is some sort of foam; anyway it seemed strong enough and lightweight and it's easy to shape. The blades were bolted to the bracket at the rear and a small screw was used at the front to hold them to the DVD tray

the whole thing bolted together... the blades need removing for final sanding and then I can start adding the details on the outside.For my first attempt I'm pretty happy with it, here's a link to a short vid showing them working
www.youtube.com/watch?v=rP0zsZhvajY Hope the link works, I've never used youtube before.
Last edited by a moderator: Feb 26, 2015

I've managed to get some more work done on this, I've painted the blades so they can be fitted and the rest of the gauntlet built around them

I've used craft foam, bits of lego bionicles and other bits I had lying around for the detailing

Because the gauntlet is quite top heavy, it keeps sliding around my arm so the blades end up underneath; to stop this I used a soil pipe seal turned inside out and glued inside the gauntlet - seems to work so far. 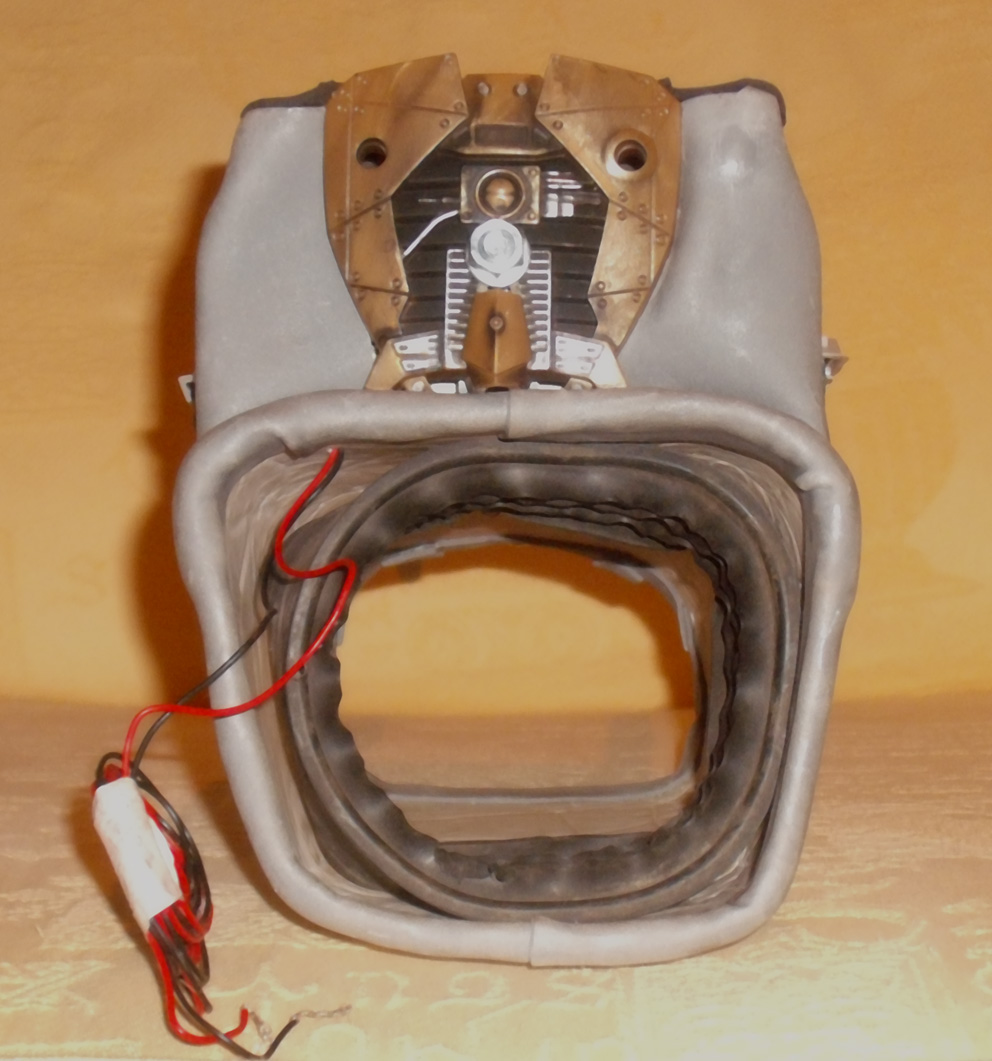 Now I just need to work out a way of controlling the blades while I've got the gloves on, in the meantime I'll be applying a few coats of pva glue ready for priming.
Last edited by a moderator: Feb 26, 2015

Are you considering push buttons or a switch then?

Are you considering push buttons or a switch then?
Click to expand...

Thanks for the compliment, I know how to wire a toggle switch to reverse the polarity, but that will be clumsy and need to be hidden on the suit somehow, I was thinking of getting 2 push buttons to go on my fingers inside the glove, but until I get the switches I won't know how the wiring goes.
I don't really understand electronics to a great degree, so I'm trying to keep it as simple as possible.

Well, if you can wire up a polarity reversing toggle then you’re better off than a lot.

Two buttons are just like a switch but you duplicate the center contacts onto another button.
I recommend considering something like these ‘tactile switches’.
http://www.adafruit.com/products/367
Elkman uses a switch so that you don’t have the possibility of a short. Given the low capacity of the batteries, that isn’t something that I’d really worry about, just avoid.

I'm having an issue editing my post... so here is the diagram I forgot to attach.

Thanks for the explanation and diagram, it's a great help, it all makes sense now - time to order some switches I think

are you planning make the supre predator wrist blade?

The blades I've made are based on P1, I'm not planning on any other blades at the moment, I've got the rest of the suit to try and finish before halloween

As I had the airbrush and paints out to do my chest armour, I thought I would try and finish my blade gauntlet as well. 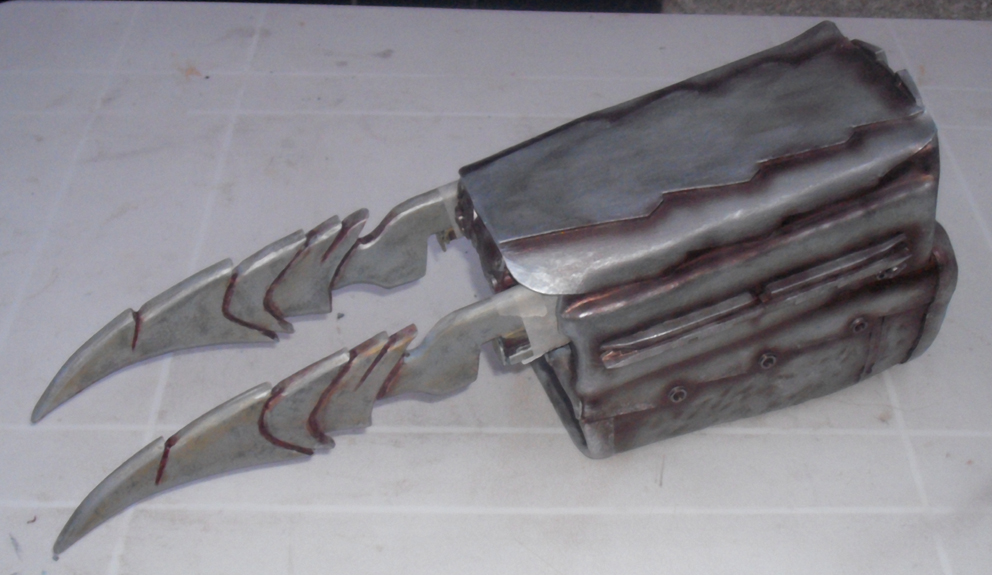 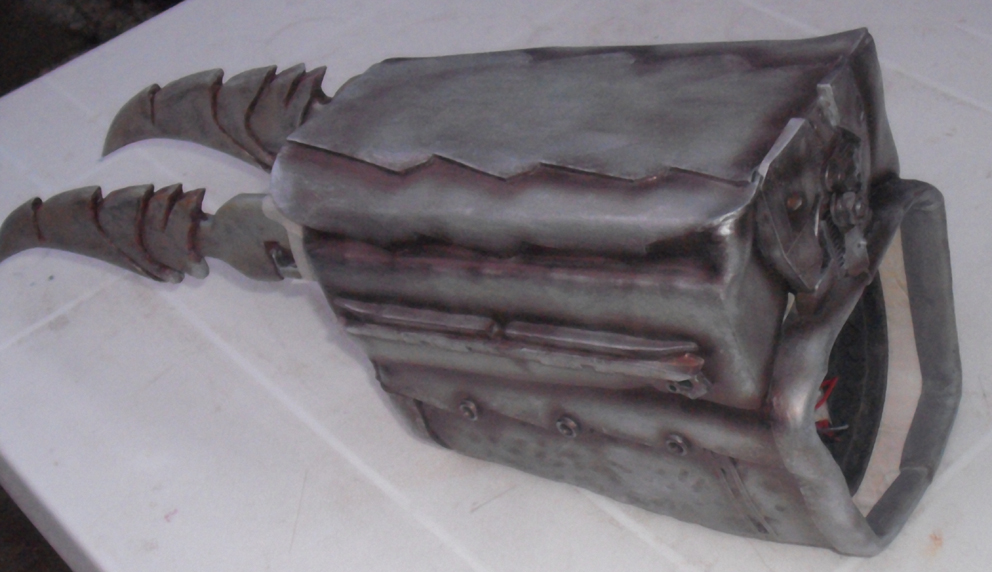 I'm pretty happy with the way it's come out, I just need to seal the paint, then job done.
Last edited by a moderator: Feb 26, 2015

i really dig it! do you have a video of it in action?​
Pitoon​

UnitedHerps said:
i really dig it! do you have a video of it in action?​
Pitoon​
Click to expand...