RPF PREMIUM MEMBER
Hey all, I wanted to show off one of these sabers.

I picked it up in a trade - and I have an old connection to the maker. When I was younger, hitting up hardware stores for pipe without any skills Tan Djarka was very encouraging. I remember his personal website with some photos of the things he made - including a "dont try this" part where he carved up an obi wan grenade from rings of PVC

This hilt looks like he based it off an early Hasbro toy. I remember a tip from him that the early ones were close to the size of the prop and they got bigger as time went on.
It looks like he folded his own clamp too but I'm not sure about the bubbles. They dont look like loose things glued on which is how I used to do mine with bumpers.. 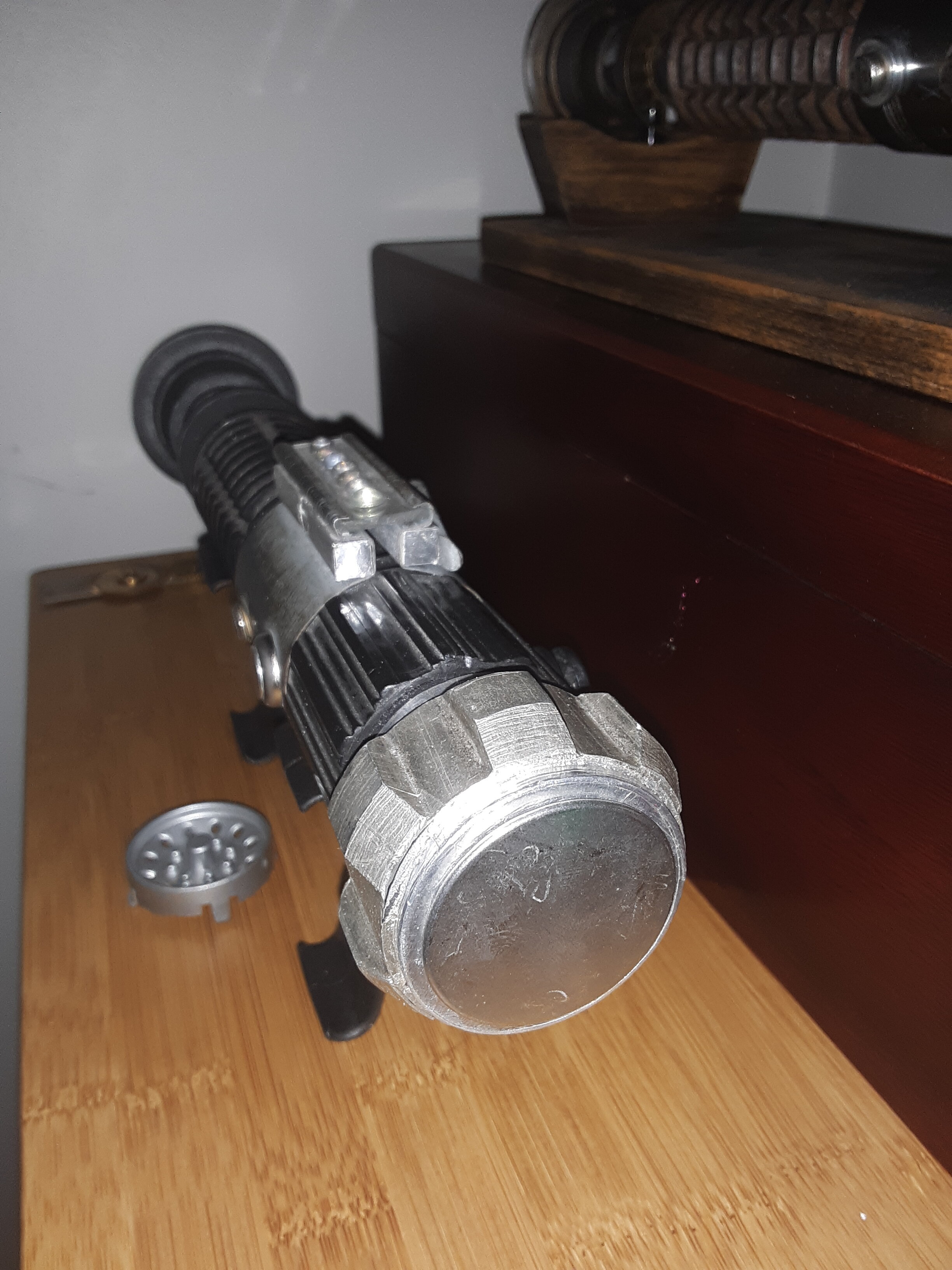 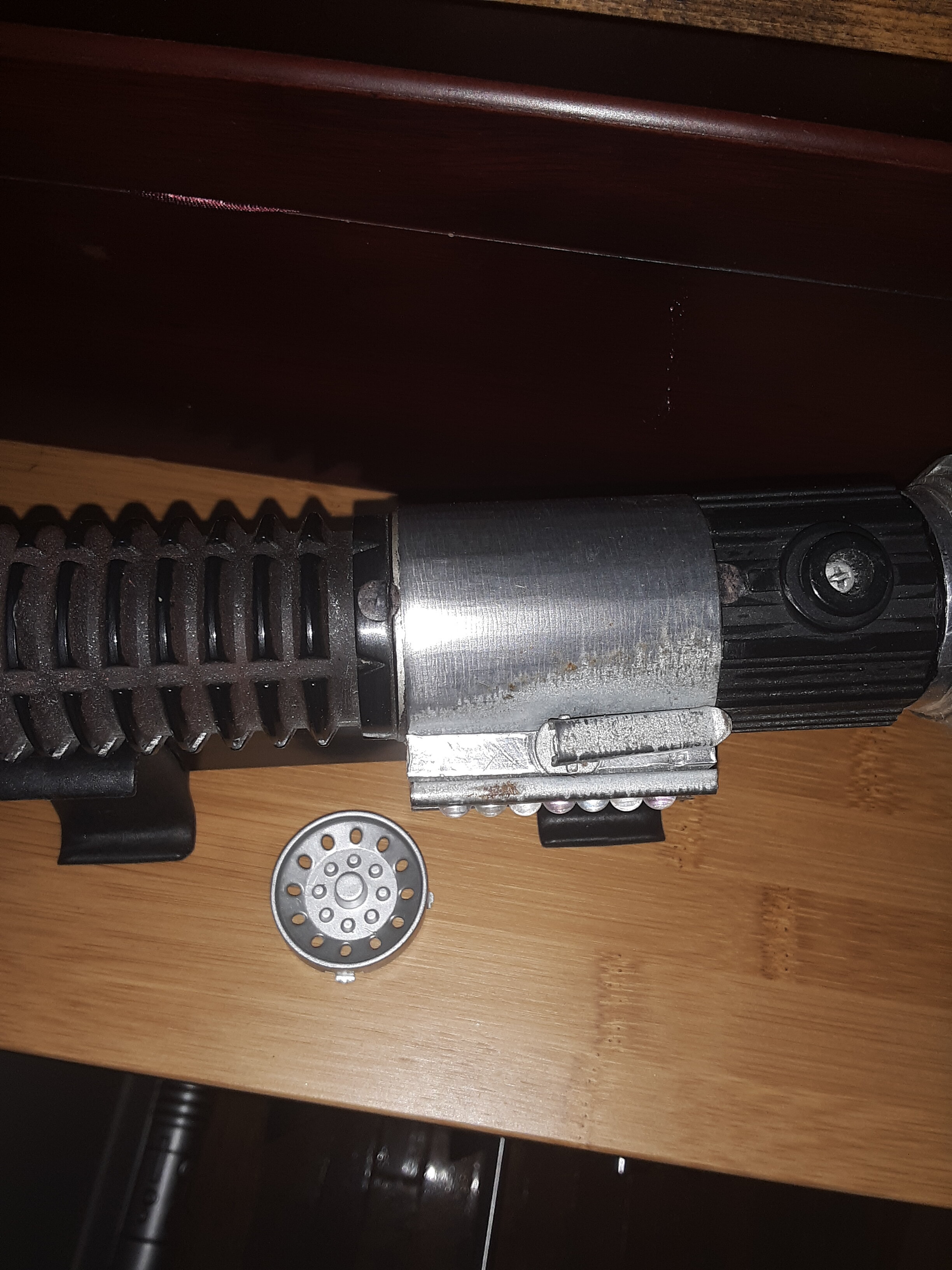 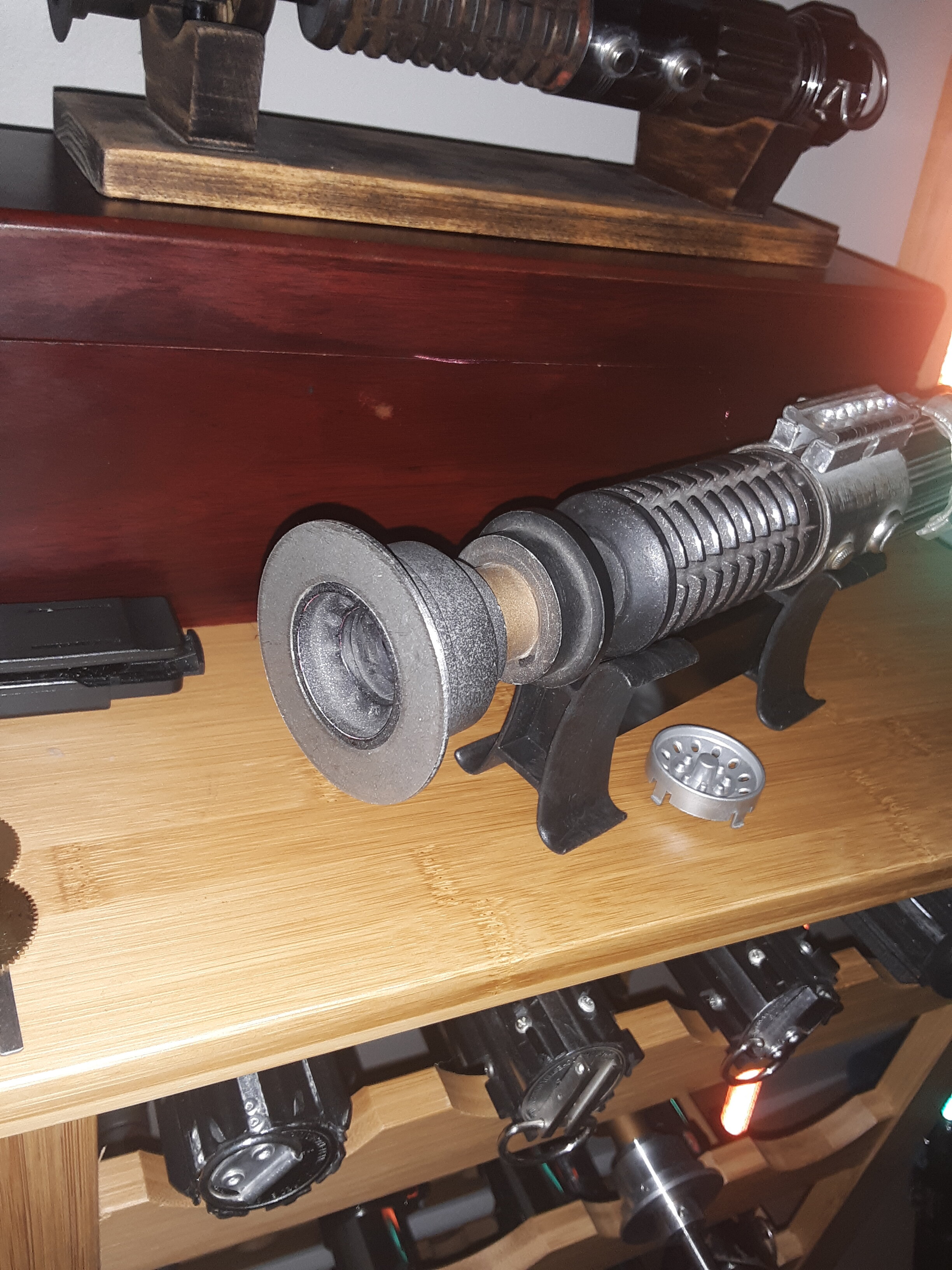 I'm very impressed with the paint job. I'm not good at using acrylics or weathering washes. The splatter pattern on the emitter is neat too. Looks like the pommel is scratch made too - this is a cool project and look at how similar it is to my real parts one at first glance! 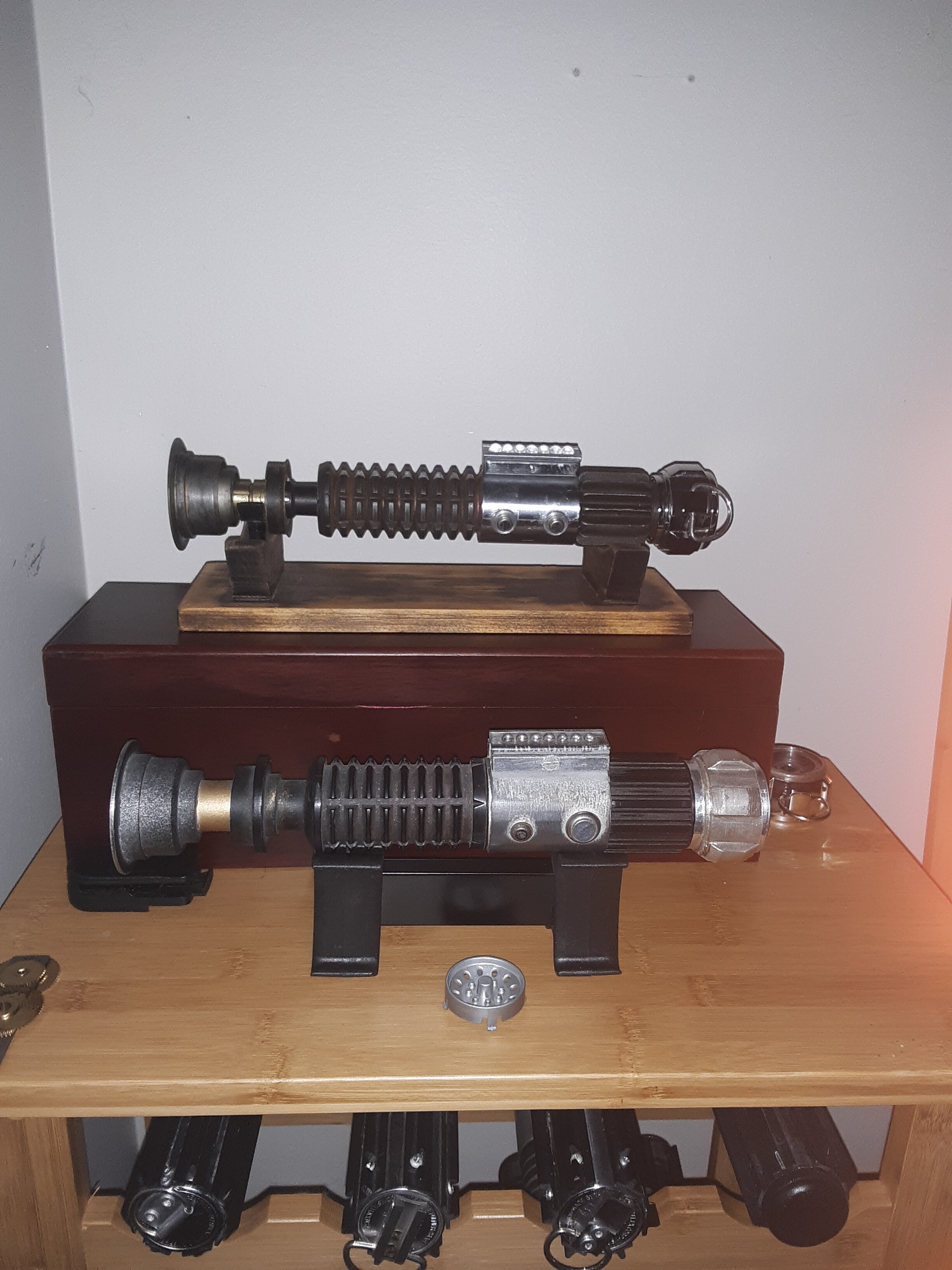 Thanks for sharing your impressions.

To begin with, the saber is based on the 2005 release of the Obi ROTS. The emitter and pommel were crap, but the core of the saber showed promise. While it was much larger than the saber it was intended to represent, it was only slightly larger than the ANH version.

The pommel is indeed hand made, fabricated from PVC and covered with Bare Metal Foil and HVAC tape and capped with a metal hole plug. The clamp is made from the discarded heat shield of a BBQ grill. The bubbles are self adhesive cabachons (basically acrylic jewels without the facets) mounted on a piece of plexiglass. Finally, the paint... The grenade was alternately misted with red primer and flat black, followed by a very light misting of silver. The black portion of the neck was, again, flat black dry brushed with a touch of gold. The painted portion of the emitter was alternately misted with flat black and silver to achieve the desired effect. The flange of the emitter was a stroke of good fortune, as I found a washer laying around that fit perfectly around the toy wheel for the emitter's interior. Speaking of which...

The most successfully executed part of the saber, I think, was the ring of holes in the emitter. Pictured above, you can see an example of a Tonka truck wheel insert used to achieve the effect. While the number of holes is incorrect, it does have the inward bevel of the real thing. Although, full disclosure, the wheel used on this saber was actually from a Disney themed toy car available about the same time as the saber.

Hope that provides a little insight into the piece above.